The Three distinct Types of the Roubiliac busts of Alexander Pope

The Three Types of Roubiliac Pope Busts.
Based on a thorough inspection and comparison of the various busts.

Represented by the William Seward, and Temple Newsam busts. A still young looking Pope. The detail of the curls of hair are different to the later busts. 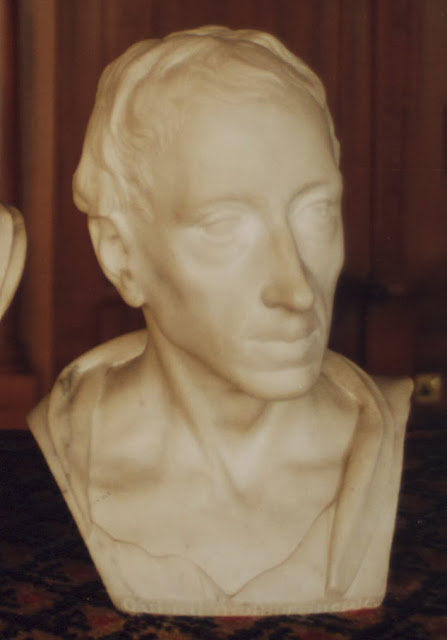 The drawings by Jonathon Richardson of c. 1737 (see Wimsatt) show Pope similar in appearance to this bust particularly in the details of the hair.

2. The Milton Type, the marble at Milton signed and dated ad vivum 1740. undraped, Pope is beginning to look more lined as is the Roger Warner’s bust. Again the hair is different in detail to the draped Barber terra cotta. 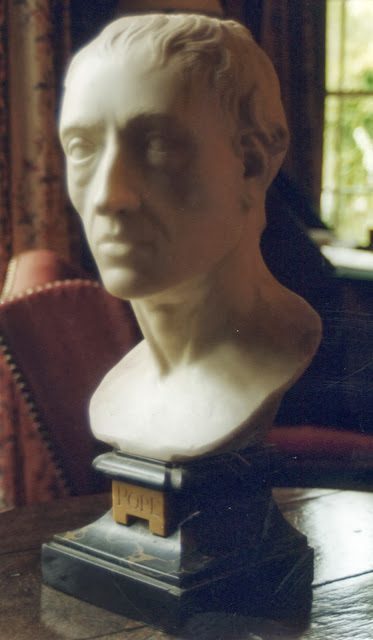 The Roger Warner bust of Alexander Pope -
Photographed at the Burford home of Roger Warner, August, 2000.


3. The Barber Institute terra cotta type, the terra cotta is undated, but the marble version now at Yale is signed and dated ad vivum 1741. 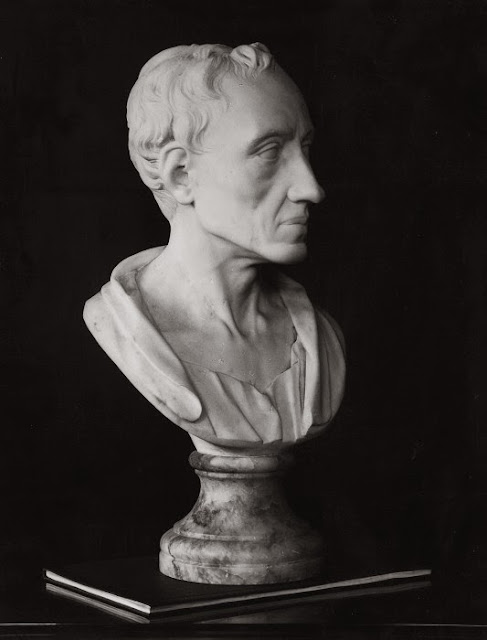 
The Shipley/ Garrick marble version is a subtype of the Barber Institute type, it is signed and dated ad vivum 1741. The Shipley is a more truncated version with a significant topknot of curls above the forehead. In these busts Pope appears much more lined and careworn with the skin drawn tighter over the forehead and he has much more pronounced bags under his eyes.

It is my contention that Pope sat for Roubiliac at least twice, once in 1737 or early in 1738. (Roubiliac provided a plaster for Lord Marchmont in 1738), and again in 1740 when the Barber terra cotta was created.

We know Pope visited Roubiliac's studio again in July 1741 on behalf of Ralph Allen of Prior Park, Bath, to report on Roubiliac's works in progress for Allen.

Posted by David Bridgwater at 04:00