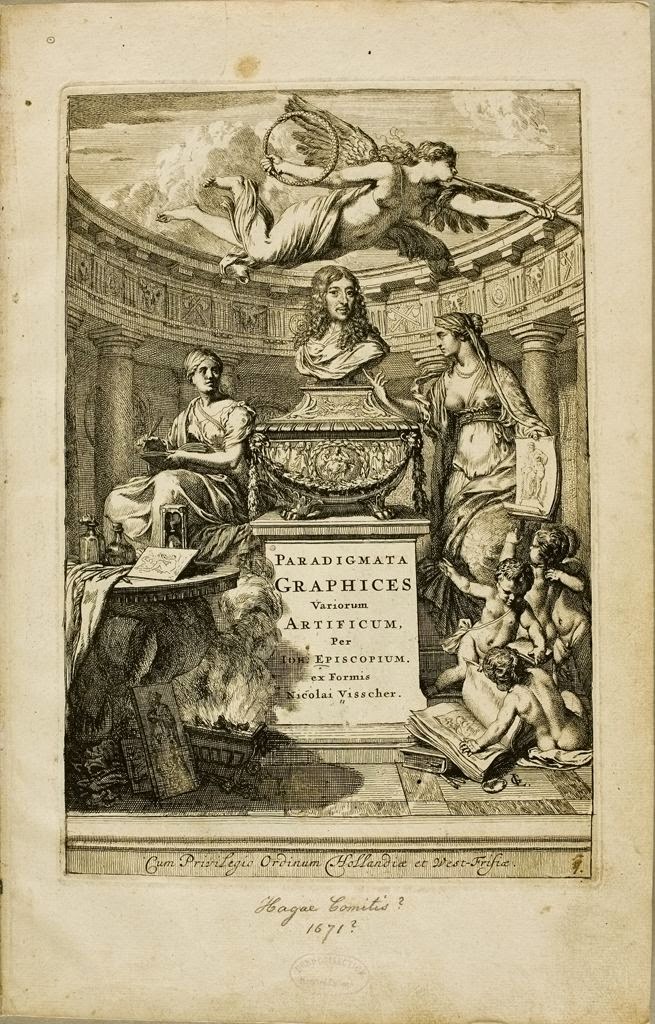 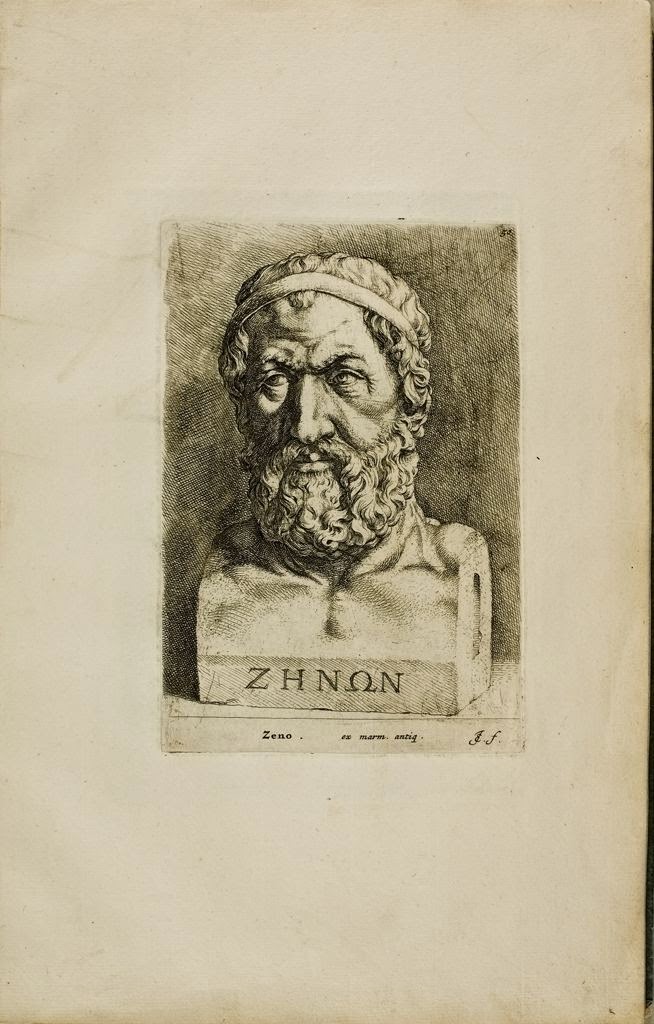 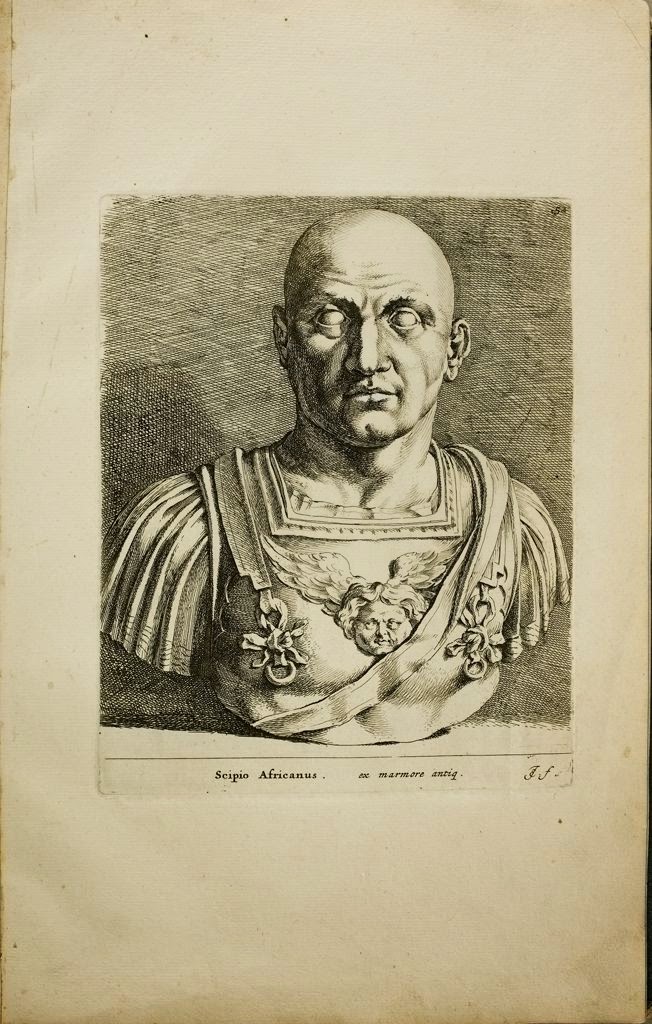 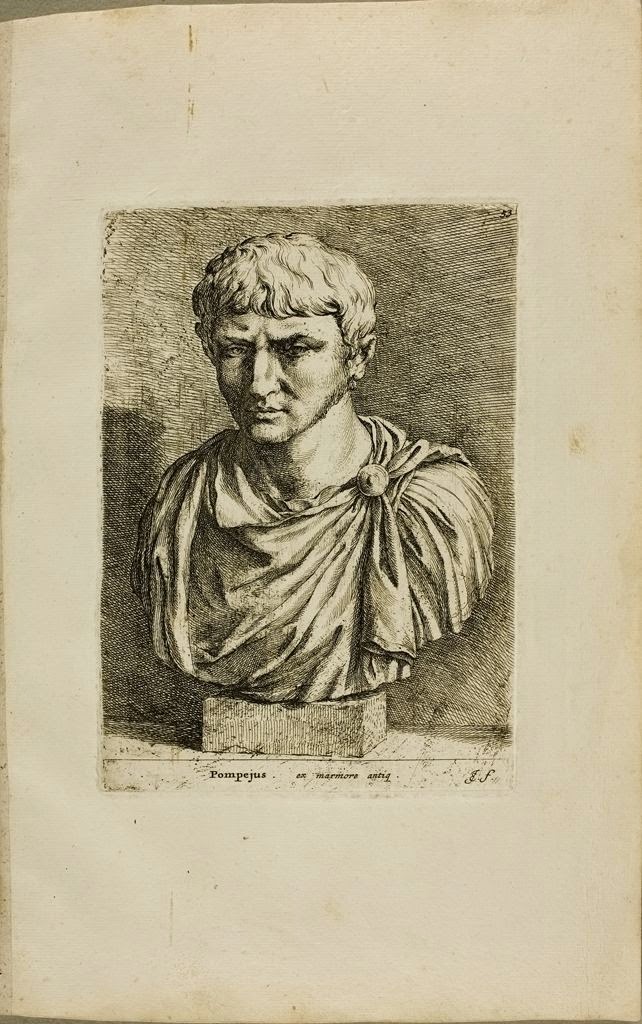 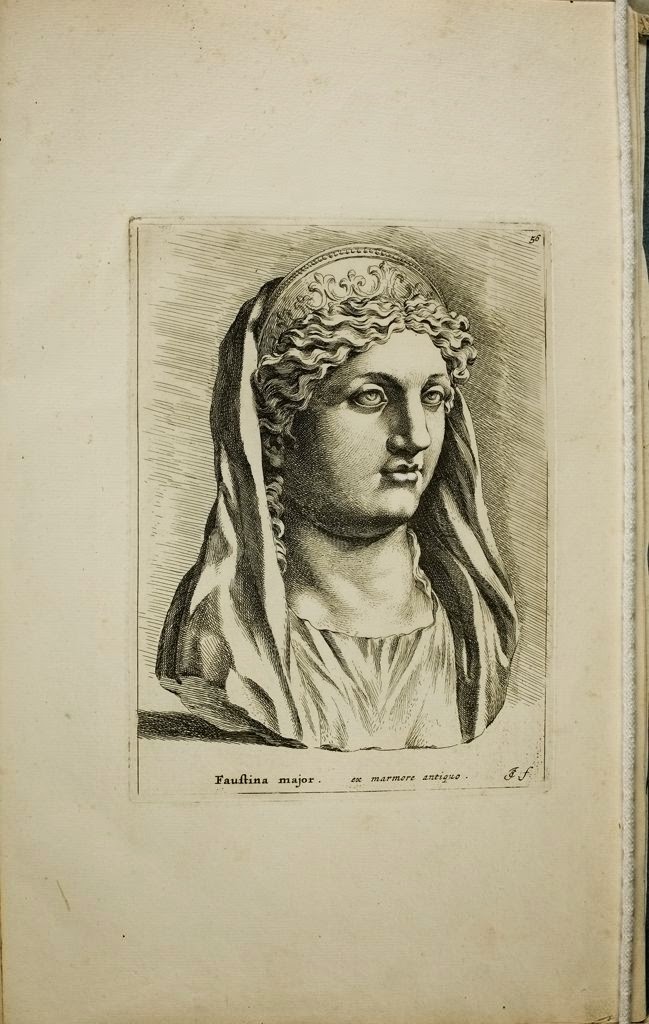 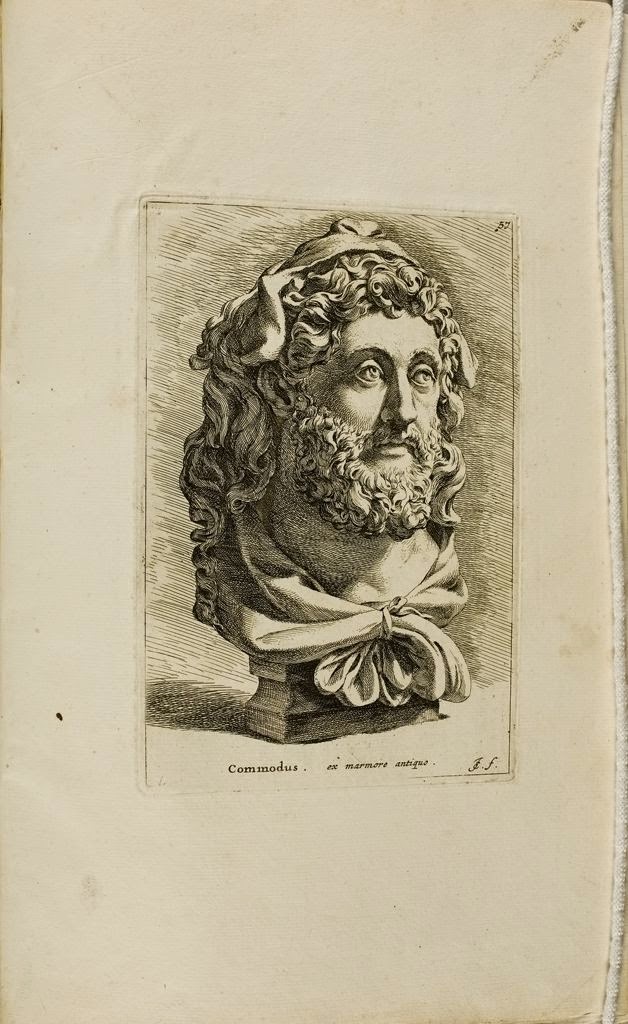 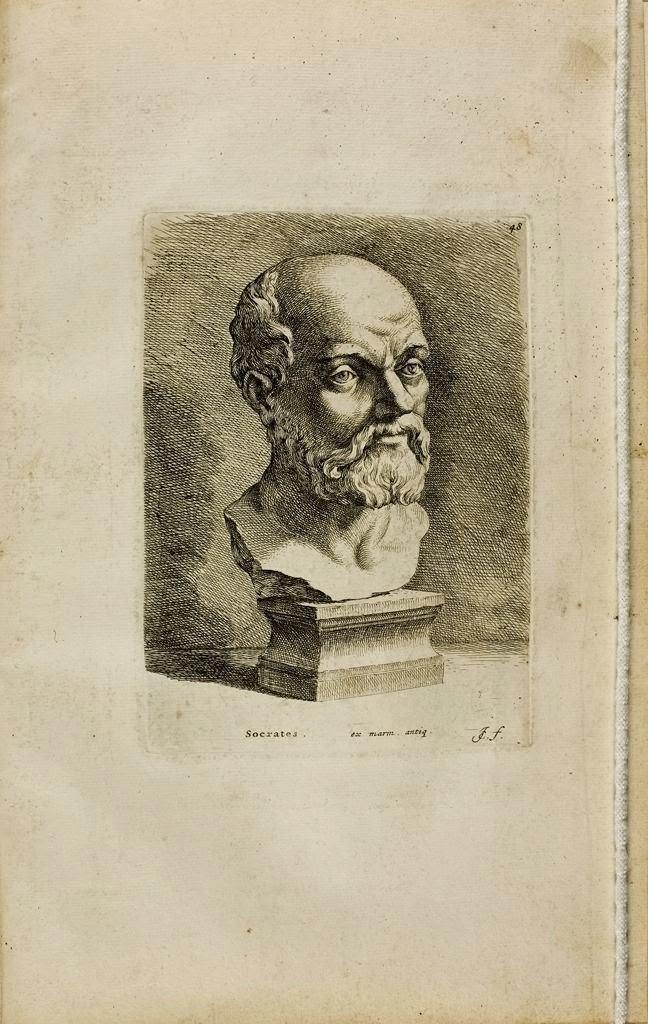 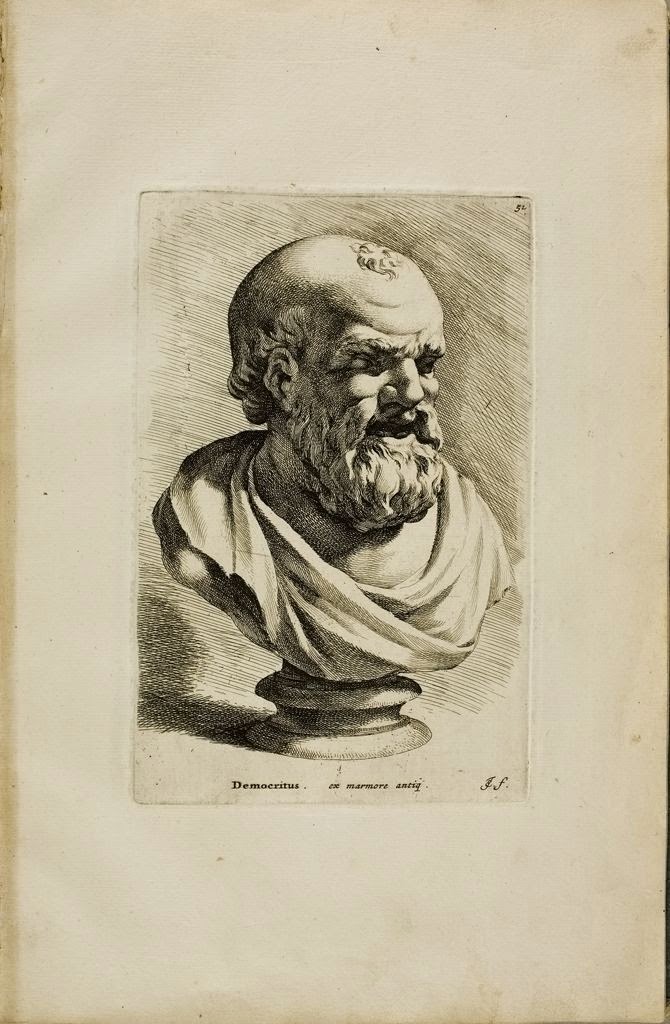 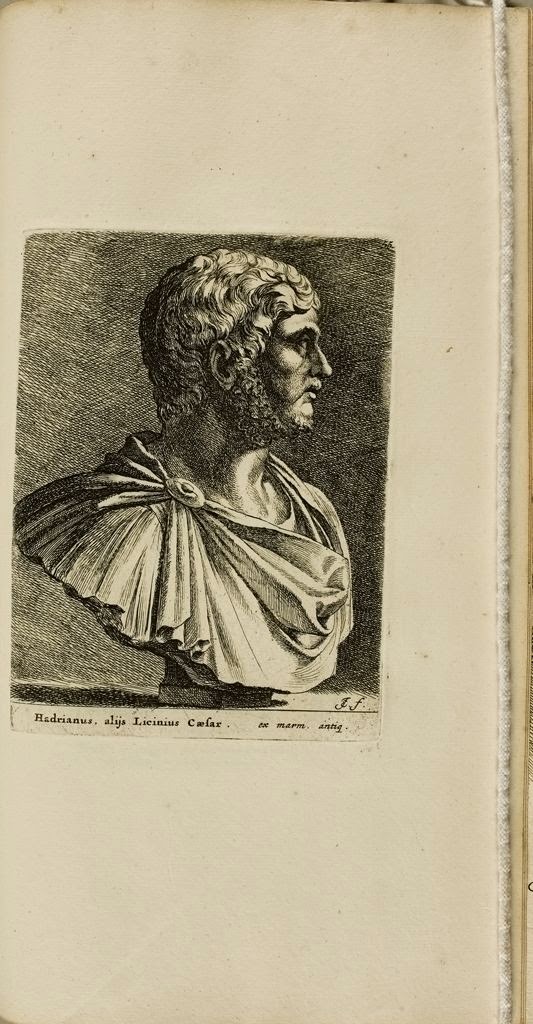 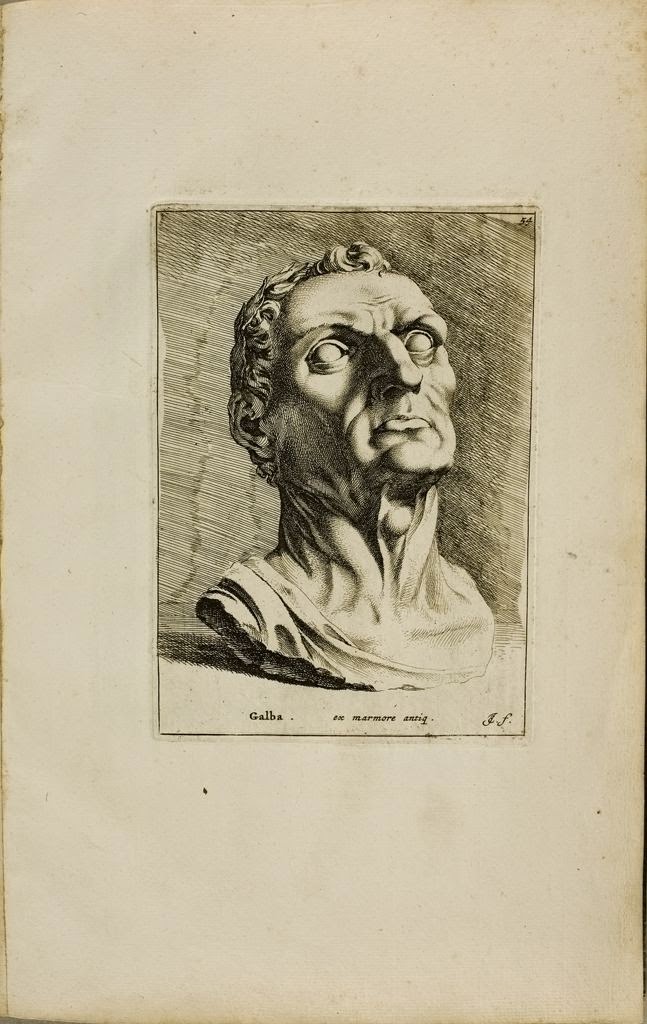 Posted by David Bridgwater at 10:44 No comments:

A bust Elizabeth Finch by Roubiliac


Marble bust of Elizabeth Finch, Countess of Mansfield.
By Louis Francois Roubiliac, circa 1740. 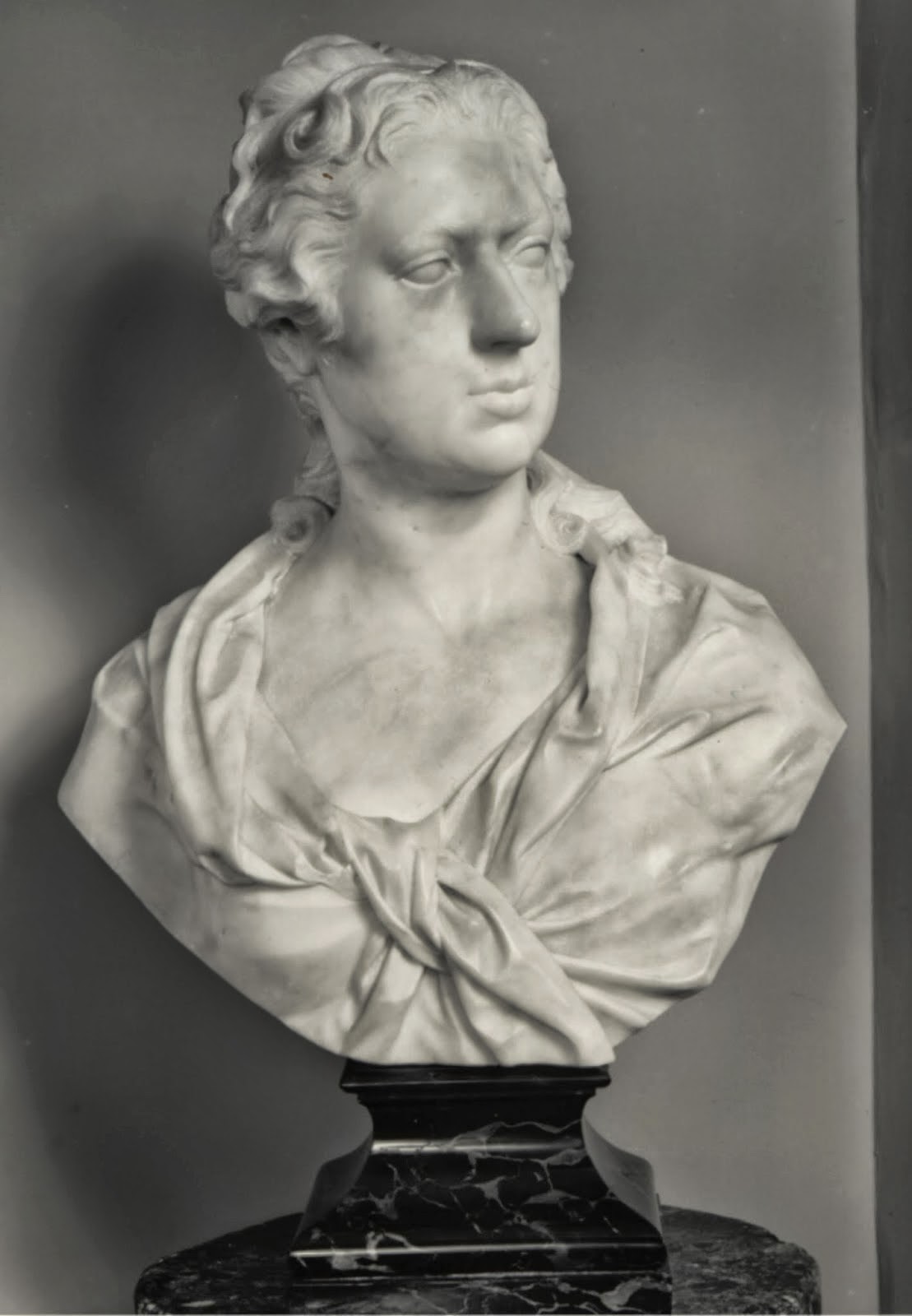 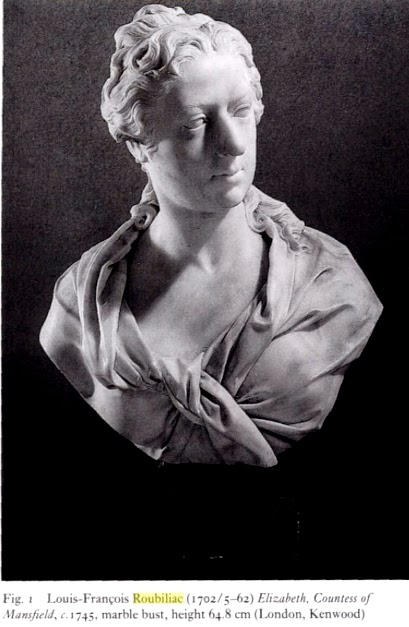 Currently the best images available. This bust could be as early as 1738 made to celebrate the marriage of Elizabeth Finch to William Murray later to become Lord Mansfied.
She was a cousin of Hugh Hume - Campbell, third earl of Marchmont, whose plaster bust of Alexander Pope is mentioned in his account book for 18 January 1738 /39 - "Monsr Rouillac Statuary for Mr Popes busto 2.2.- a slightly later entry for 10th February that year records another payment for Pope's bust and that of their mutual friend Lord Bolingbroke. 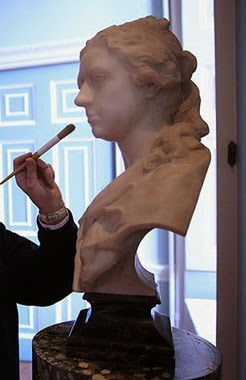 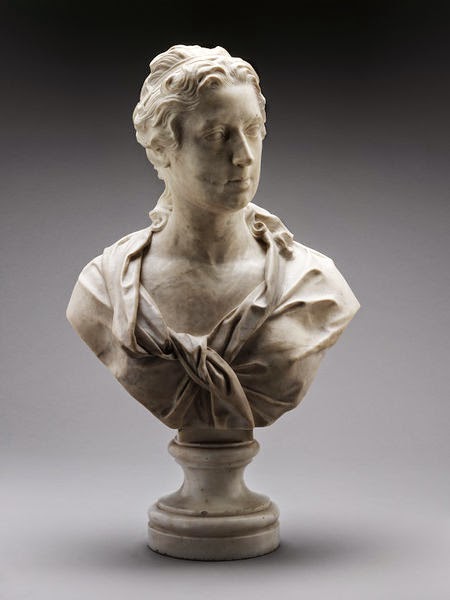 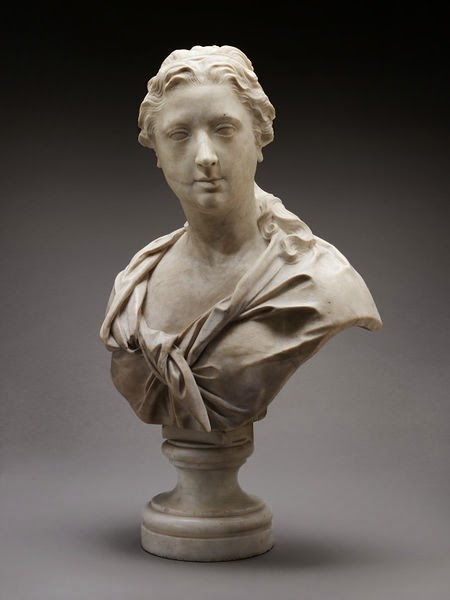 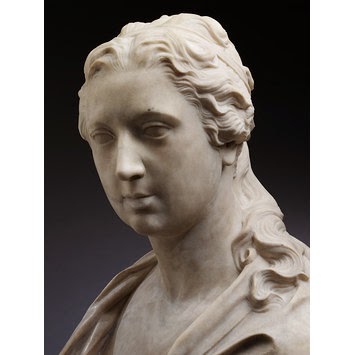 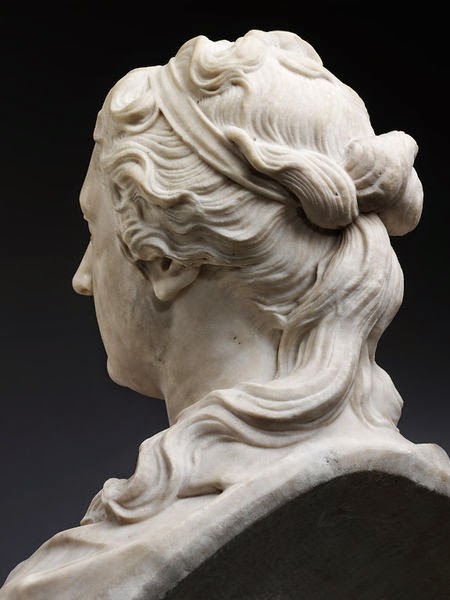 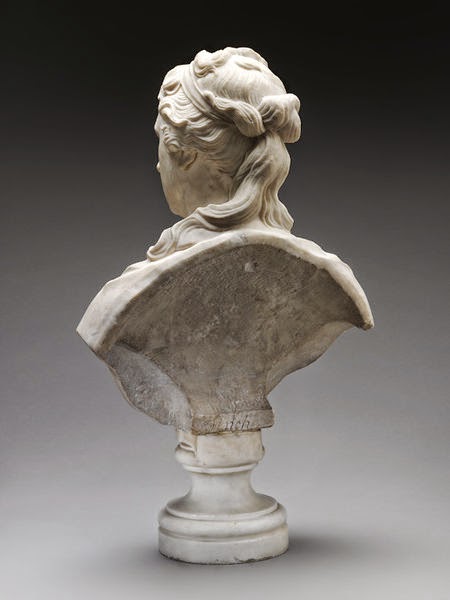 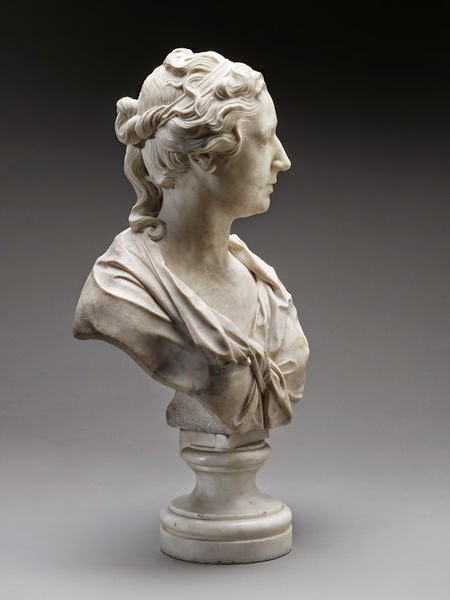 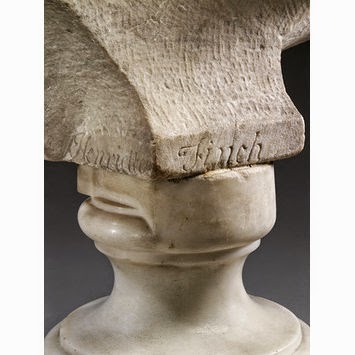 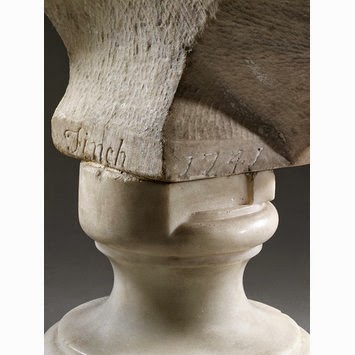 This marble bust is inscribed Henrietta Finch and dated 1741 is a variant of one thought to be of Lady Elizabeth Finch by Louis Francois Roubiliac at Kenwood, London, formerly dated to c.1745. Because the present marble is a lesser copy of the Kenwood sculpture, it is likely that the Roubiliac at Kenwood in fact dates from slightly earlier than previously thought, probably around 1740.

The present bust was formerly thought to be a portrait of Lady Henrietta Finch, Lady Elizabeth's sister, hence the inscription on the back of the integral socle. However it is possible that it was in fact executed by Henrietta, who is shown apparently with a bust on a modelling table in a family portrait of the early 1730s now at the Yale Center for British Art, as if she herself was a practising sculptor. This would mean that the inscription was a signature, rather than one identifying the sitter. As such, it is an extraordinary instance of a marble sculpture by an eighteenth-century woman sculptor in Britain. It is also an interesting example of a copy, and reflects the idea of multiples in sculpture, which was prevalent in the 18th and 19th centuries. The acquisition of this bust by the V&A means that it joins other busts of members of the Finch family already in the collection.

Information and photographs lifted from the V&A website, see - 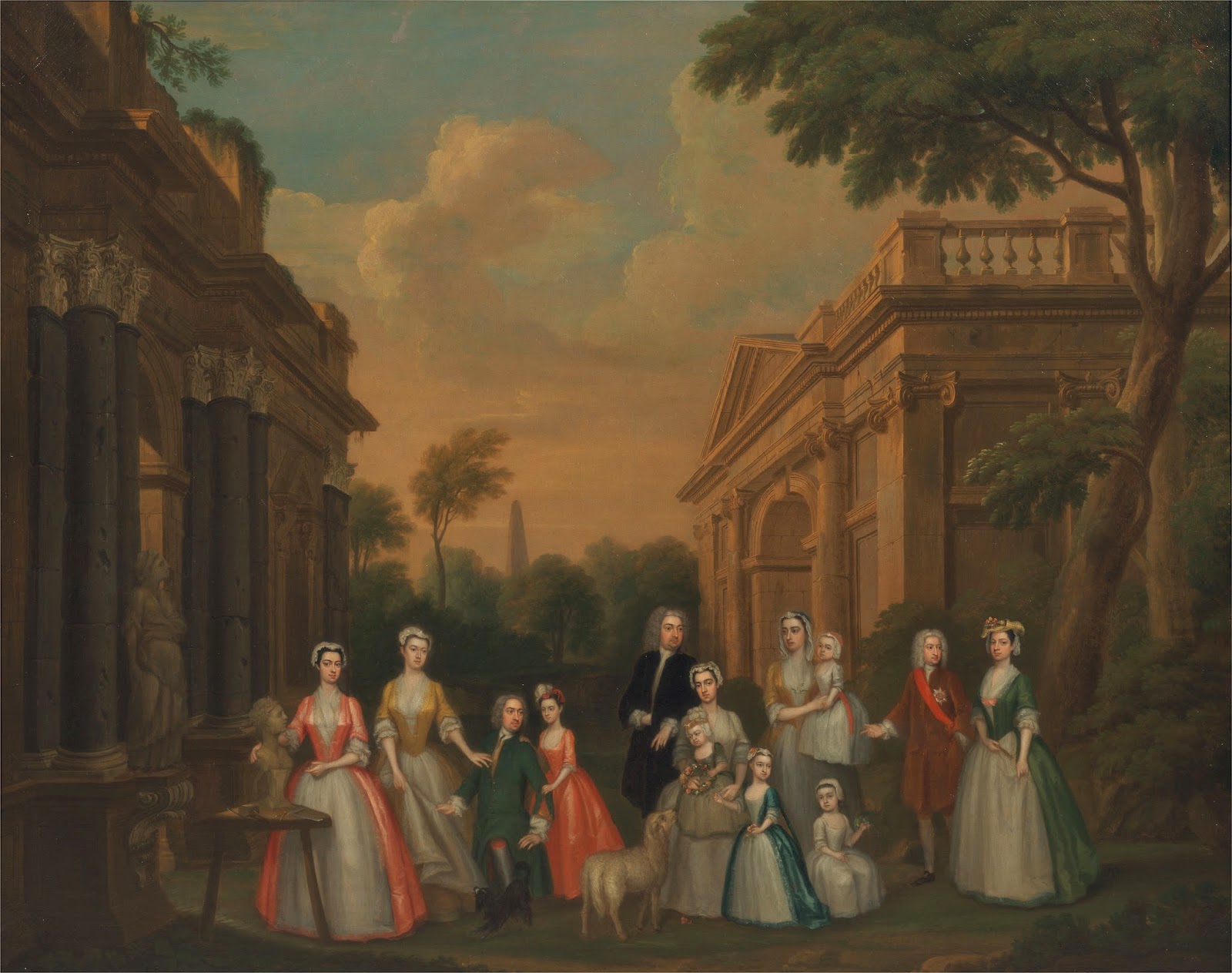 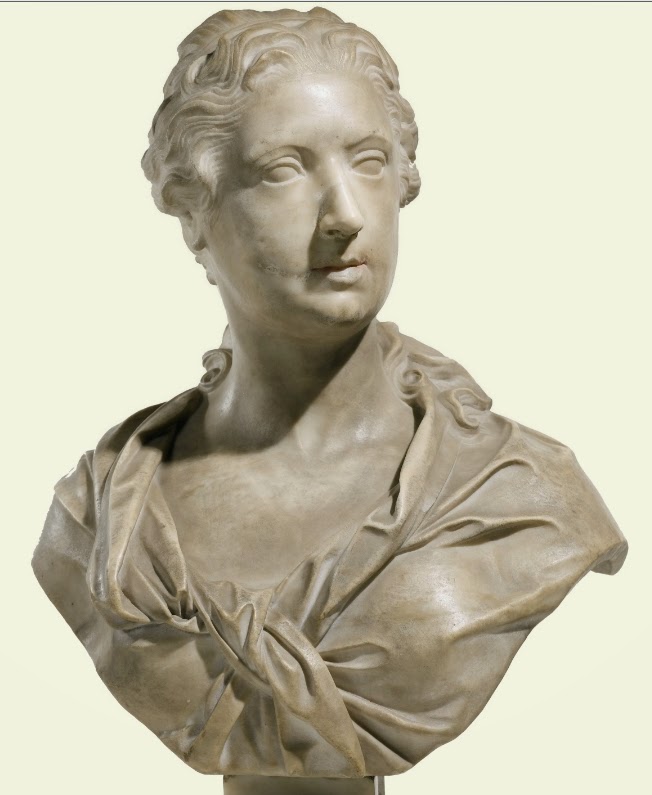 The Bust of  Elizabeth Finch when sold by Sotheby's.

The condition report stated "Overall the condition of the marble is good with dirt and wear to the surface consistent with age. The nose is reattached or restored. There are possible further restorations to the proper right cheek and to the mouth. There is some minor veining consistent with the material, including underneath the proper right eye. There are also a few small naturally occurring inclusions, including in the hair and brow. As noted in the cataloguing, the base may be associated, and there are chips and abrasions to the edges. There is some red paint to the lips and a few drips of wax. The marble would benefit from a professional cleaning". 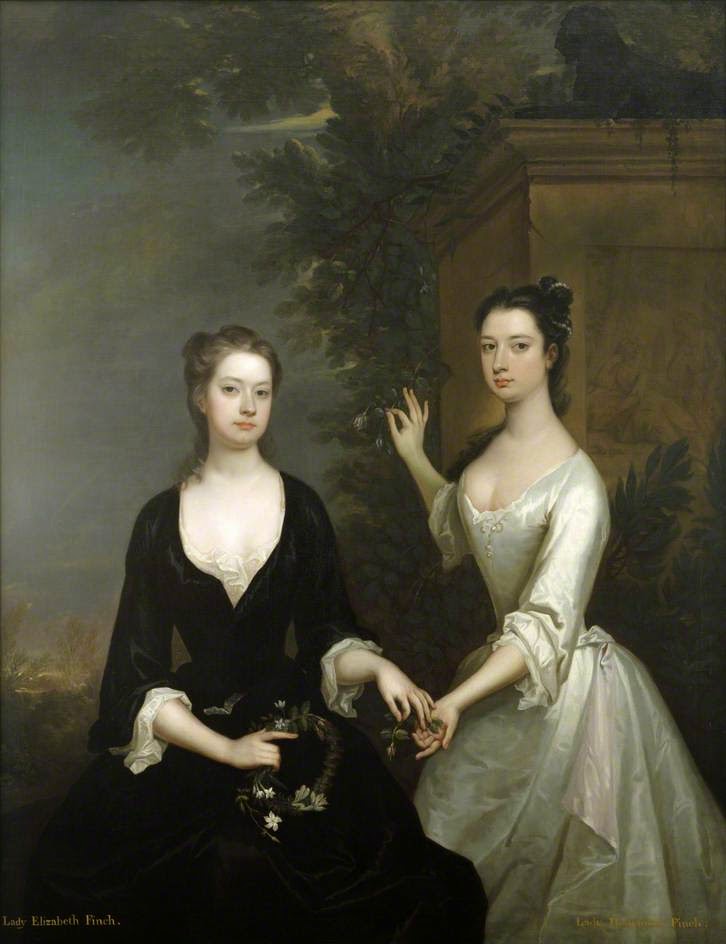 Daughters of Daniel Finch, second Earl of Nottingham. Finch's second marriage, on 29 December 1685, was to Anne Hatton (1668-1743), daughter of Christopher Hatton, Viscount Hatton. Lady Nottingham was appointed a Lady of the Bedchamber to Queen Mary II in 1691. She had over twenty pregnancies

The extract below lifted from Kenwood, Paintings in the Iveagh Bequest by Julius Bryant,
Yale University Press. 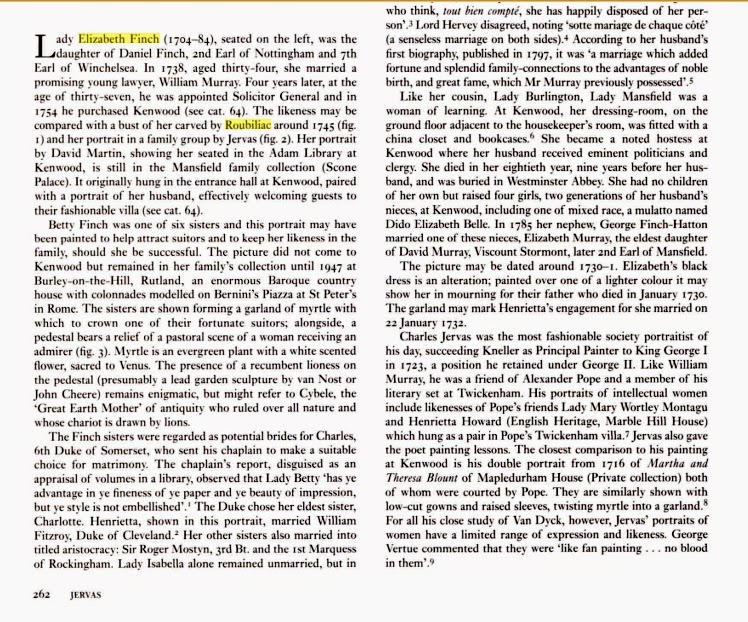 Posted by David Bridgwater at 08:14 No comments: