The Marble Bust of Francis Willoughby (1635 - 1672)
in the Wren Library,
at Trinity College, Cambridge.
Louis Francois Roubiliac.
Signed and dated 1751.
This bust was the gift to Trinity of Edmund Garforth.
Garforth, was an undergraduate at Trinity from 1720 and Fellow of the college from 1726, who then moved to a living in York, married Elizabeth Willoughby, a descendant of the naturalist, in 1750.
Francis Willoughby of Middleton Hall, Warwickshire, to Sir Francis Willoughby and Cassandra Ridgway.
.
He studied at Bishop Vesey's Grammar School, Sutton Coldfield and Trinity College, Cambridge.

In 1656 he was admitted Bachelor of Arts at Trinity College, Cambridge, and Master of Arts in 1659
He was elected a Fellow of the Royal Society in 1663 after accompanying his tutor John Ray on a botanical journey through the Midlands and North Wales the previous year. He traveled with Ray and other companions to Europe in 1663-6, ending his tour alone with a visit to Spain.
In 1667 he married Emma Barnard, daughter of Sir Henry Barnard of Bridgnorth and London.
They had three children. The first child, Francis, died at the age of nineteen, while his daughter Cassandra Willoughby married the Duke of Chandos, who was a patron of Mark Catesby. His second son was Thomas, who was created Baron Middleton by Queen Anne.
At Cambridge Francis Willughby was taught by the naturalist John Ray see the following entry on this blog. In 1662 they travelled to the west coast of England to study the breeding seabirds. Between 1663 and 1666 they toured Europe together, travelling through the Netherlands, Germany, Switzerland and Italy. They separated at Naples and Willughby returned home via Spain.
On returning to England they made plans to publish the results of their studies. Willughby died from pleurisy during the preparation of this work, but Ray published Willughby's Ornithologiae libri tres in 1676, with an English edition two years later. This is considered the beginning of scientific ornithology in Europe, revolutionizing ornithological taxonomy by organizing species according to their physical characteristics.
Willughby and Ray were among the first to dismiss the older inaccuracies of Aristotle. Aristotle had claimed that swallows hibernated but Willughby and Ray (1678:212, quoted in Raven 1942:328) wrote: "To us it seems more probable that they fly away into hot countries, viz. Egypt, Ethiopia etc."Ray also published Willughby's De Historia piscium (1686).
His 'Account of Francis Willoughby Esq., his voyage through a great part of Spain' was published in 1673; 'Ornithologiae libri tres' and 'De Historia Piscium' appeared in 1676 and 1686 respectively, all edited, as were other works by him, by John Ray.
For a very useful view of the life of Willughby see -
Virtuoso by Nature The Scientific Worlds of Francis Willughby FRS, Tim Birkhead, 2016. 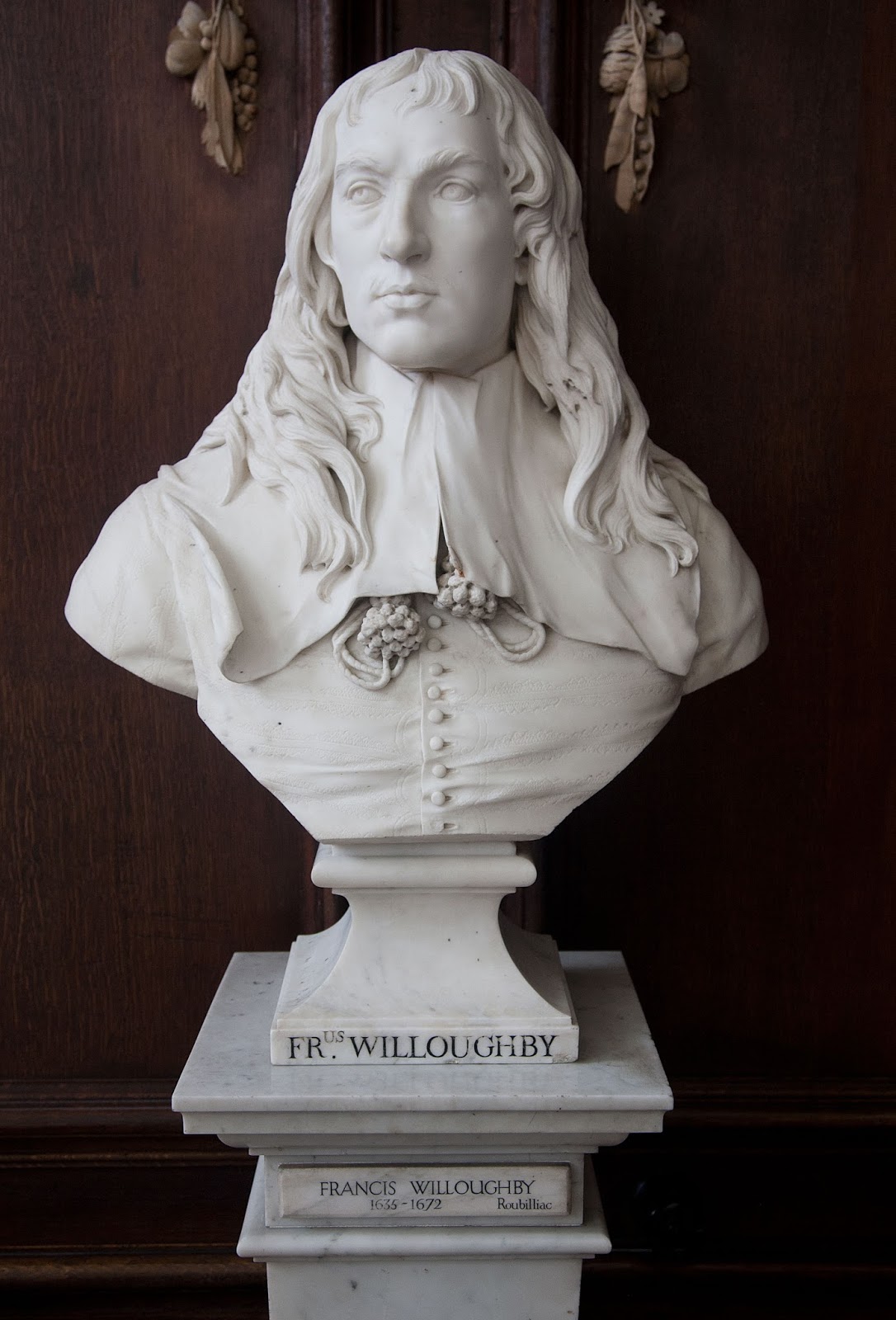 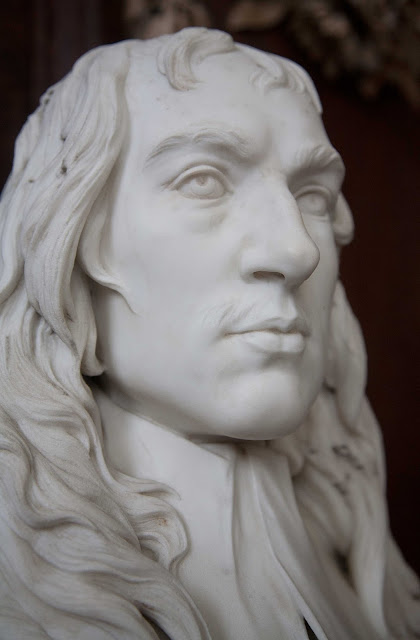 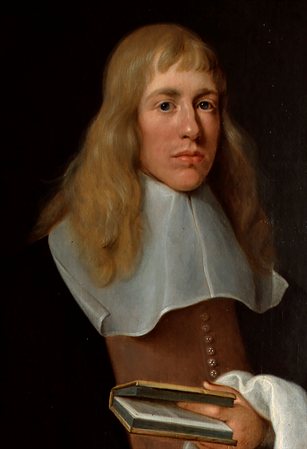 Noted in the hall at Woolaton in Rambles around Nottingham, 1856.

This is possibly the portrait mentioned in The Antiquary by Sir Walter Scott 1873 edition and The Naturalists Library, 1835 Vol 2,
as at Woolaton Hall, Nottinghamshire.

This is very obviously the source for the Roubiliac Bust - It does not appear to have ever been engraved which suggests that Roubiliac would have had access to the portrait either at Woollaton Hall or had been lent it at his studio in St Martin's Lane.

Very minor differences to the marble bust particularly the embroidery on the waistcoat.

'The slight turn of the head to the proper right is typical of Roubiliac; the parted lips emphasize the realism of the portrait, in which the sitter is shown with his own, rather straggly, hair. The high collar and long hair hide the join of the head, which is hollow, to the body. Like the bust of John Ray (registration no. 1762,0528.14), this bust retains some traces of a grey surface coating, perhaps originally disguising the barely distinguishable brushmarks in the terracotta'.
Text and all images below from British Museum.
see - http://www.britishmuseum.org/research/collection_online/collection_object_details.aspx?objectId=39748&partId=1&searchText=Francis+Willoughby&page=1 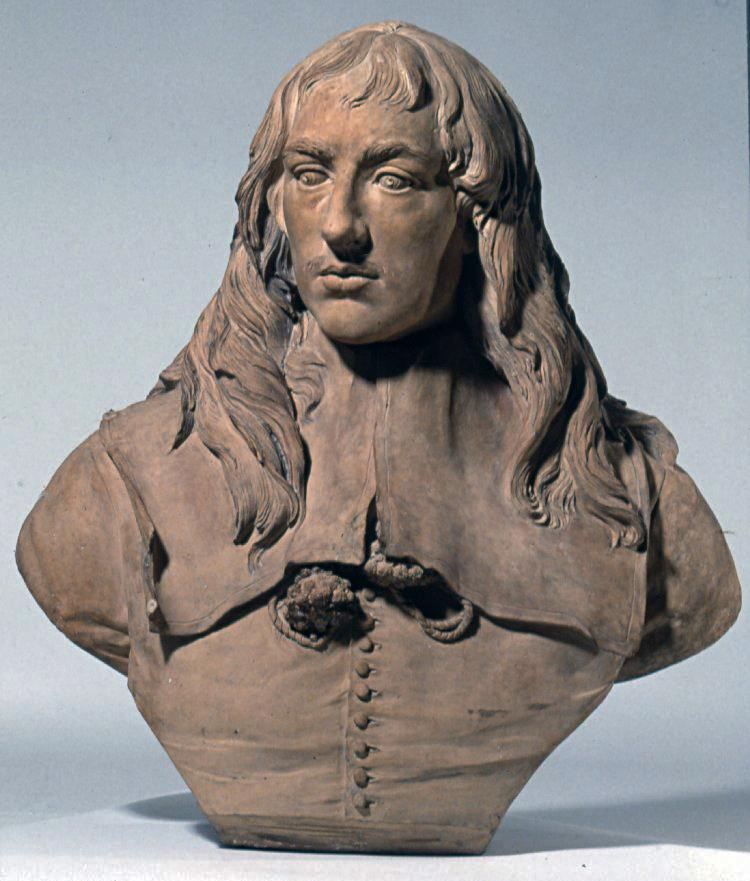 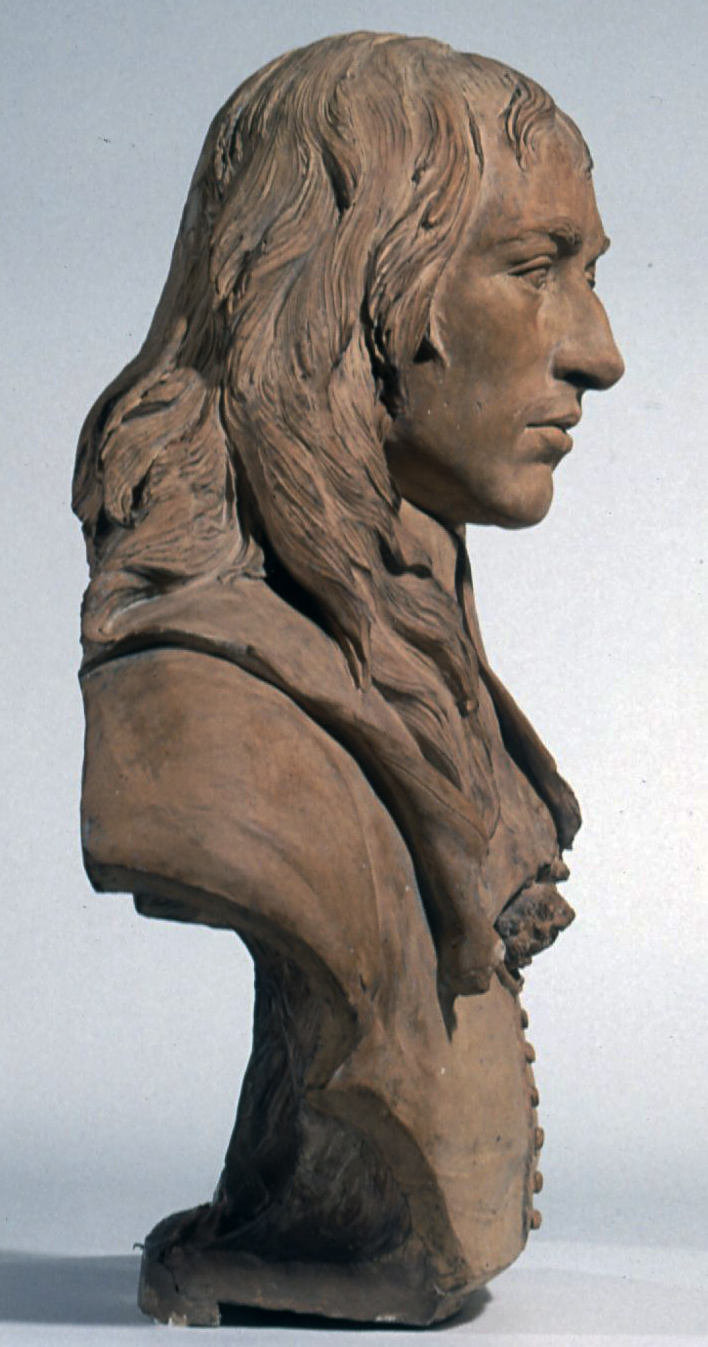 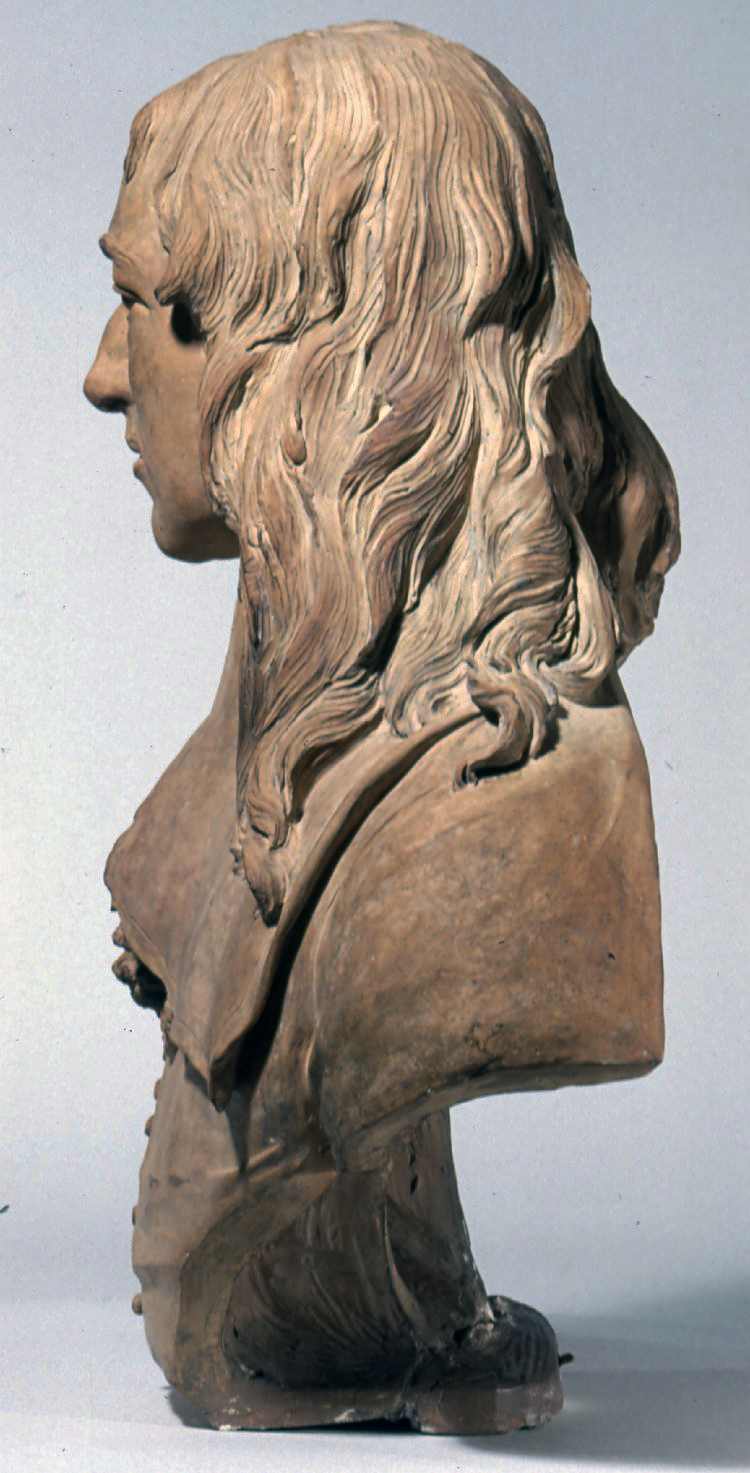 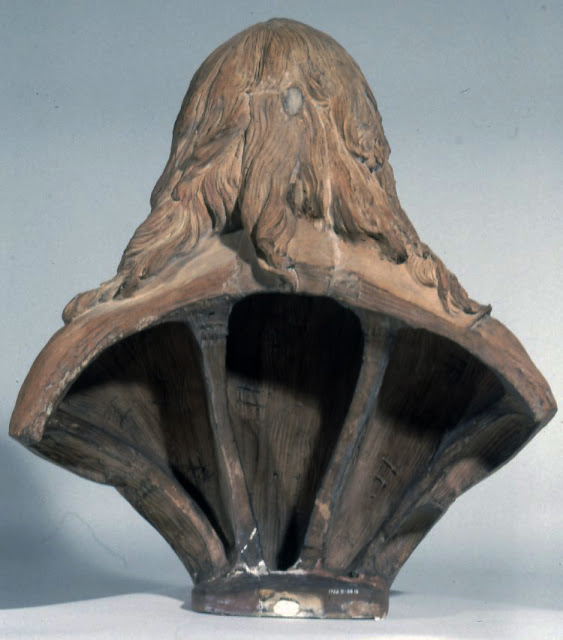 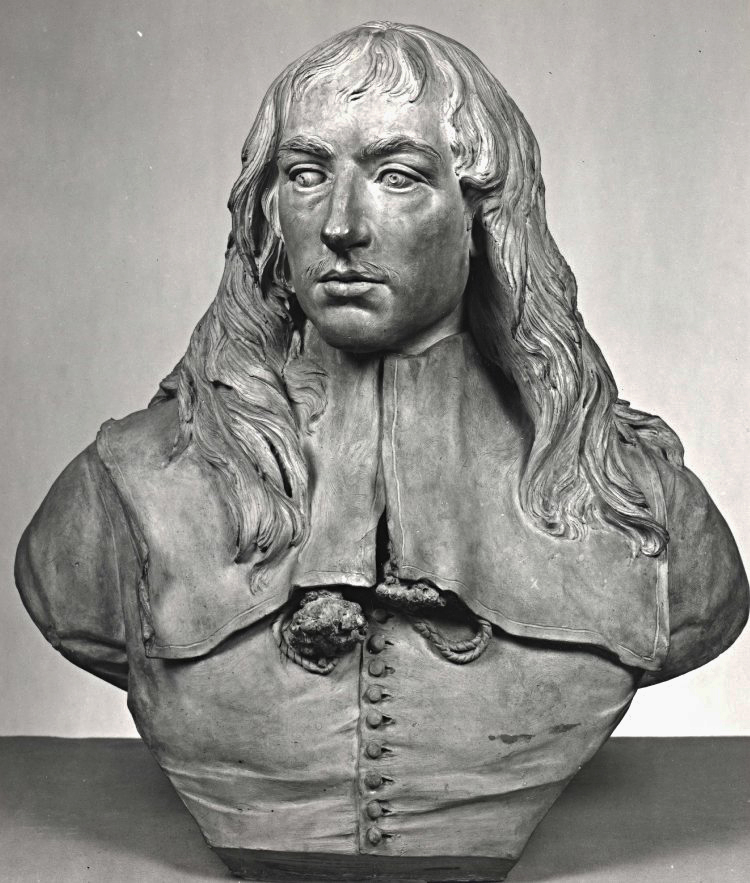 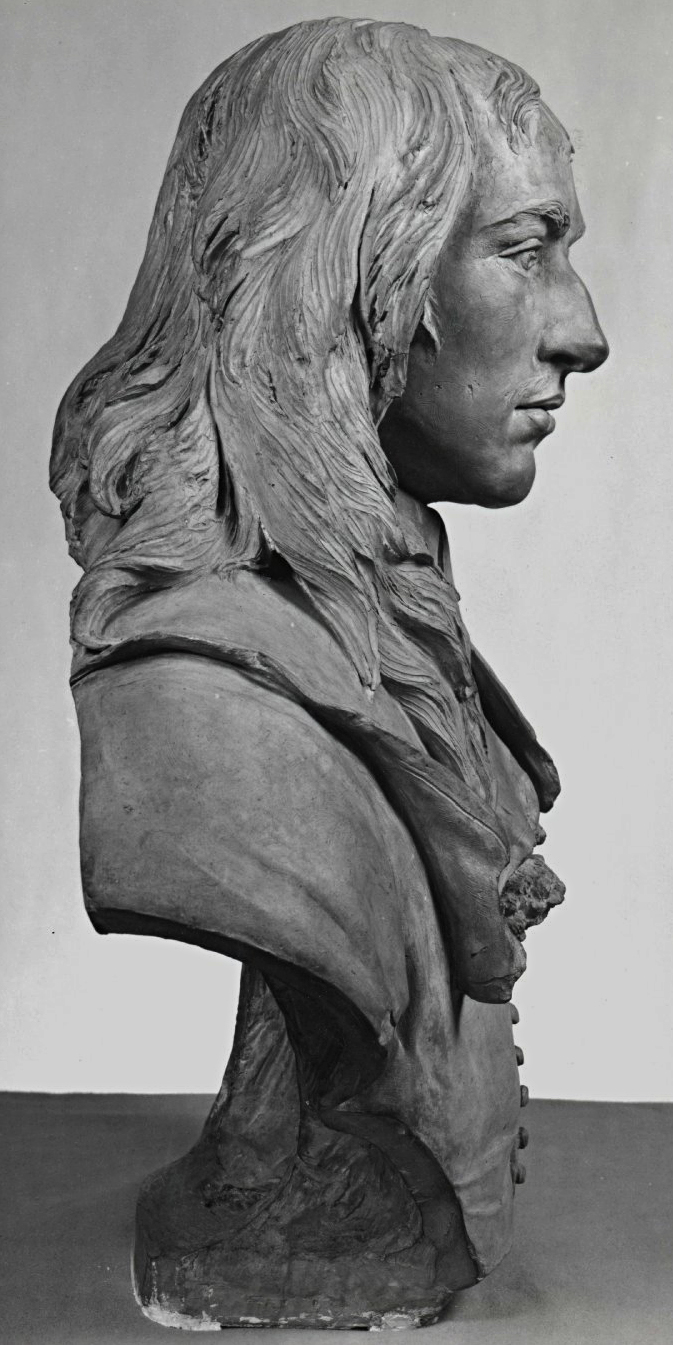 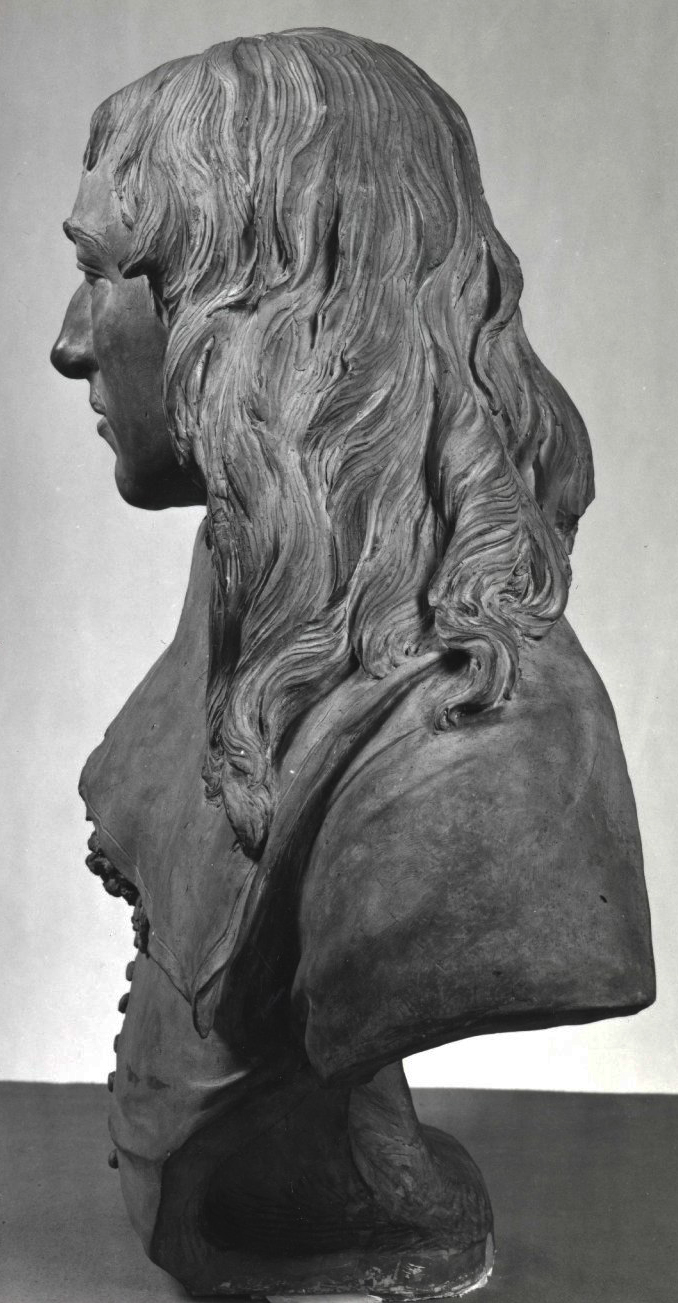 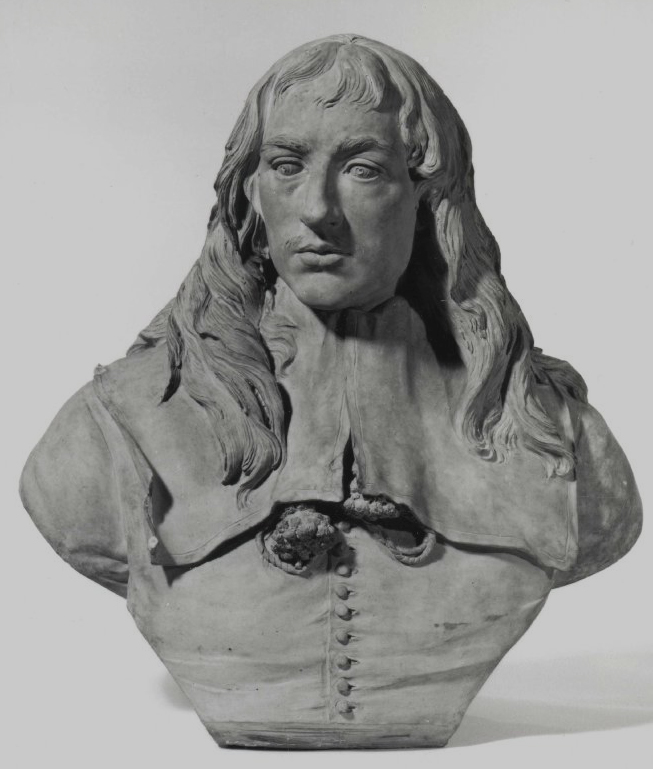 Posted by David Bridgwater at 01:09 No comments: 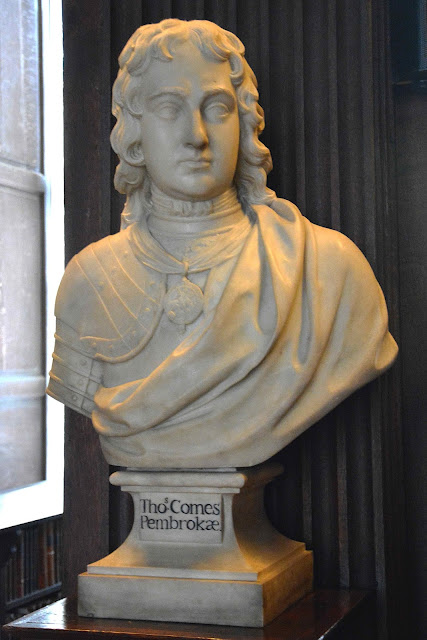 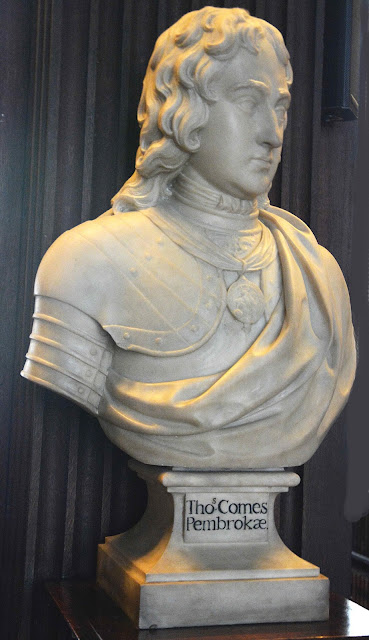 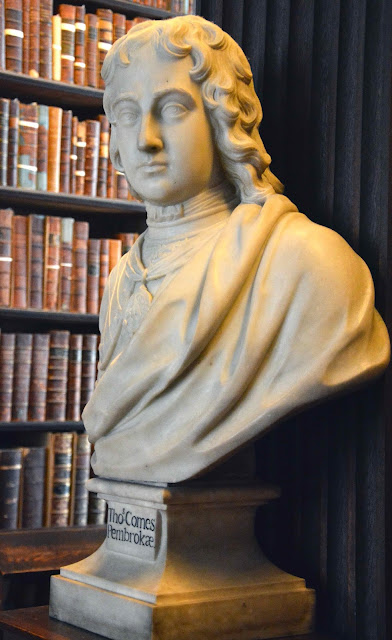 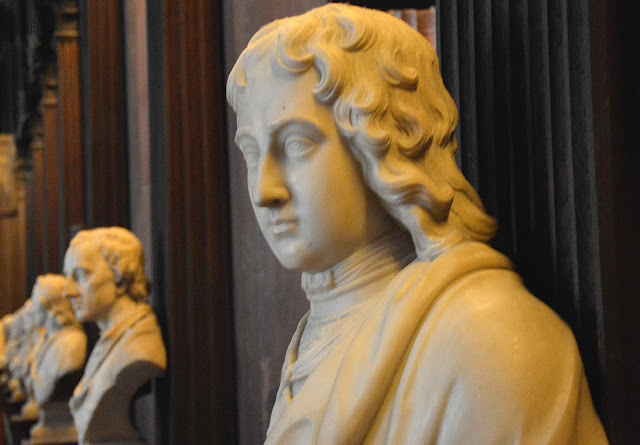 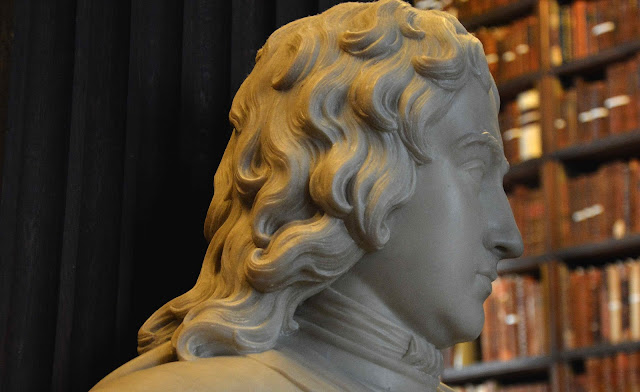 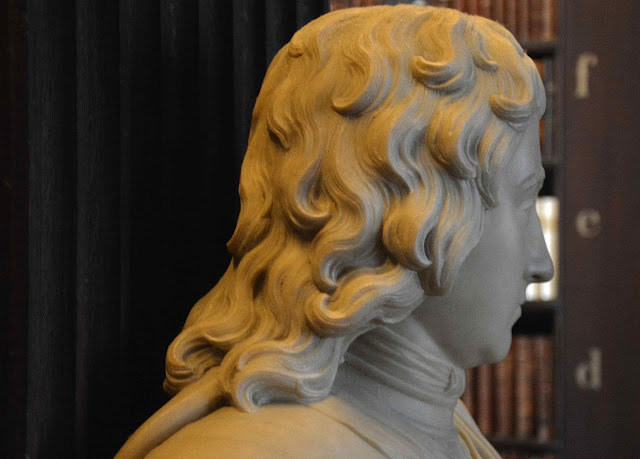 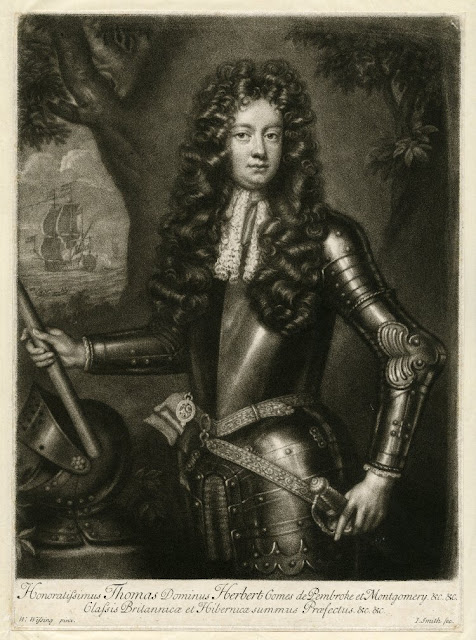 The Marble Busts
in the Long Room
of the Library at Trinity College,
Dublin.


W. G. Strickland. A descriptive catalogue of the pictures, busts and sculptures in Trinity College Dublin and in the Provost’s House.Dublin: The University Press. 1916. [Brief biographies of subjects, but no illustrations]
see - https://www.tcd.ie/library/old-library/long-room/ 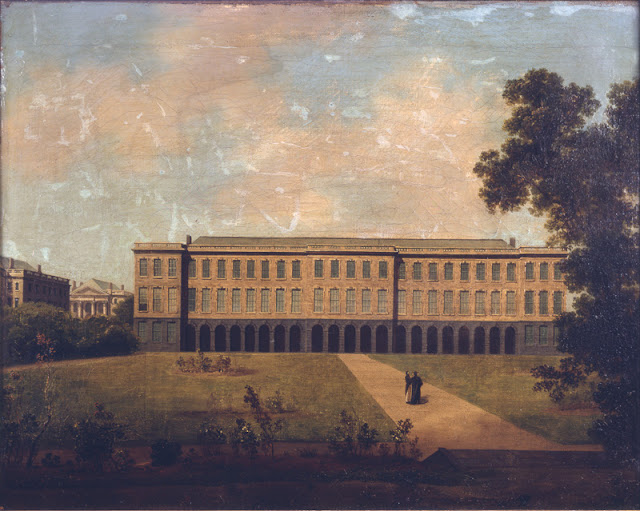 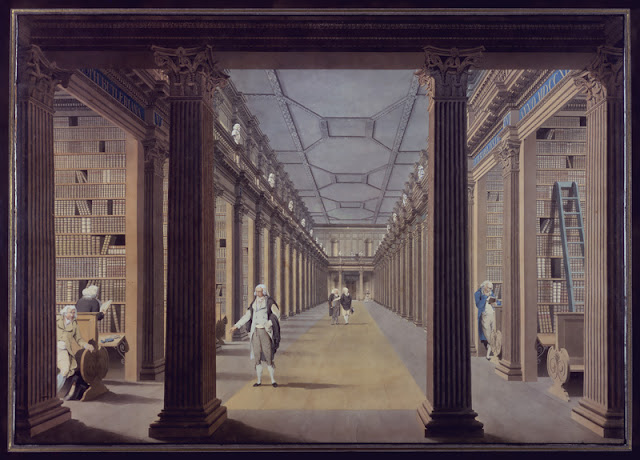 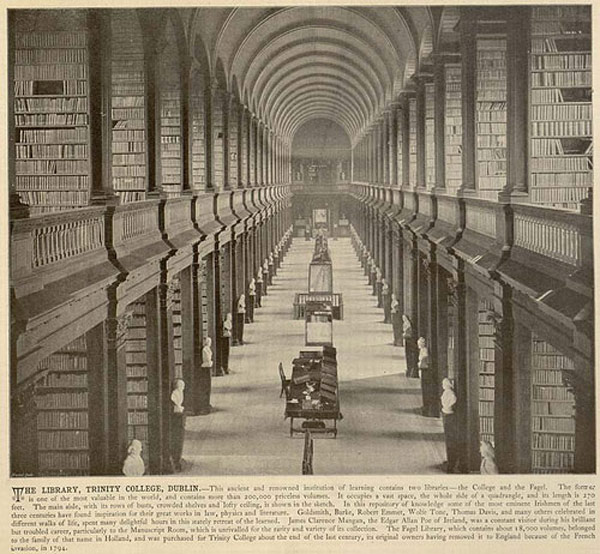 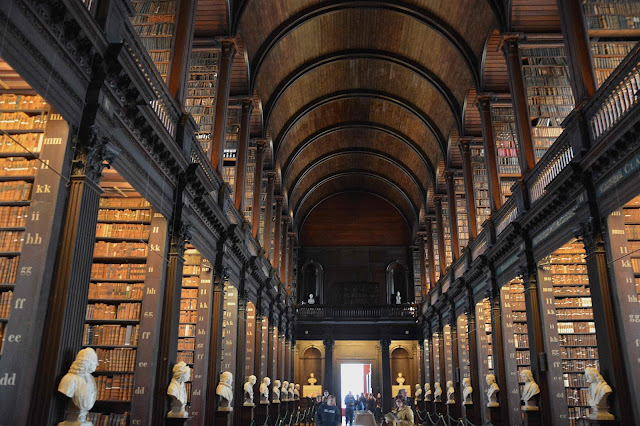 Photograph by the Author 4 October 2016
Posted by David Bridgwater at 00:57 No comments: