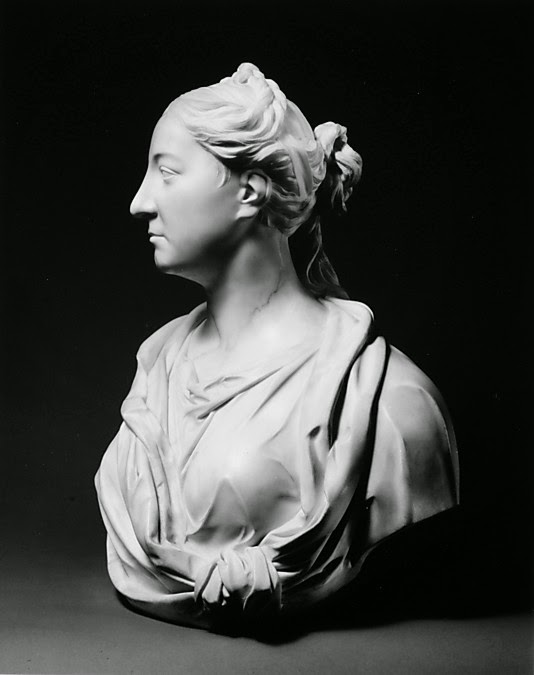 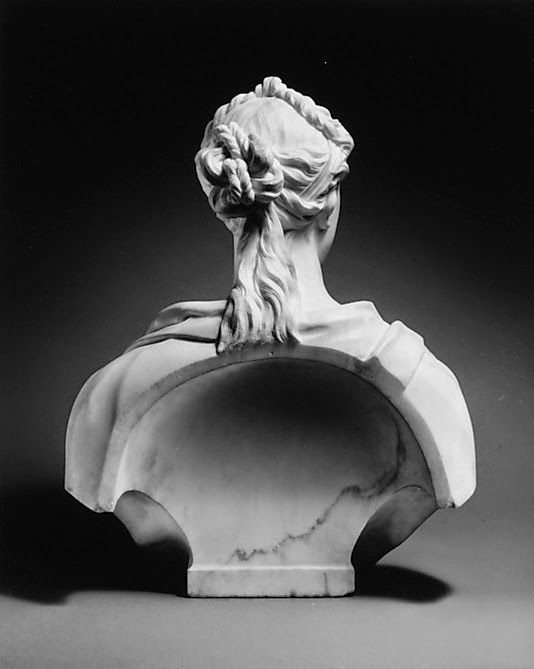 Posted by David Bridgwater at 12:26 No comments:

A bust of Arabella Aufrere by Roubiliac


A Bust of Arabella Aufrere by Louis Francois Roubiliac, 1747. 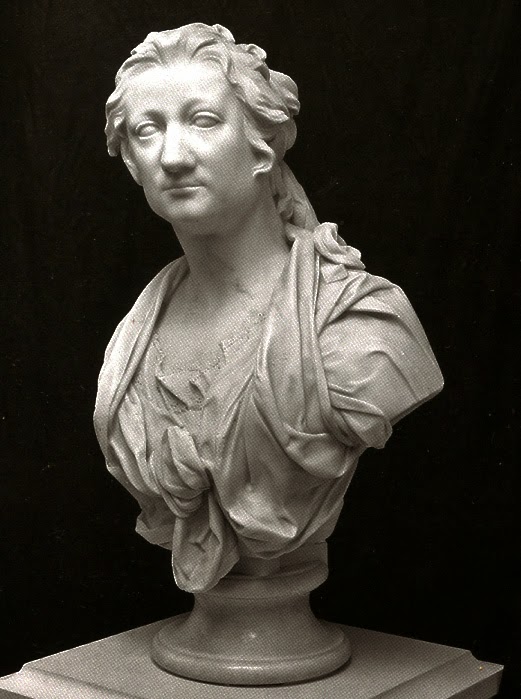 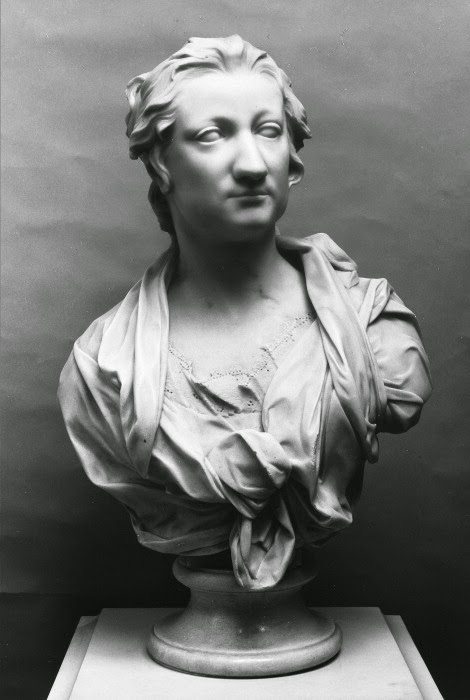 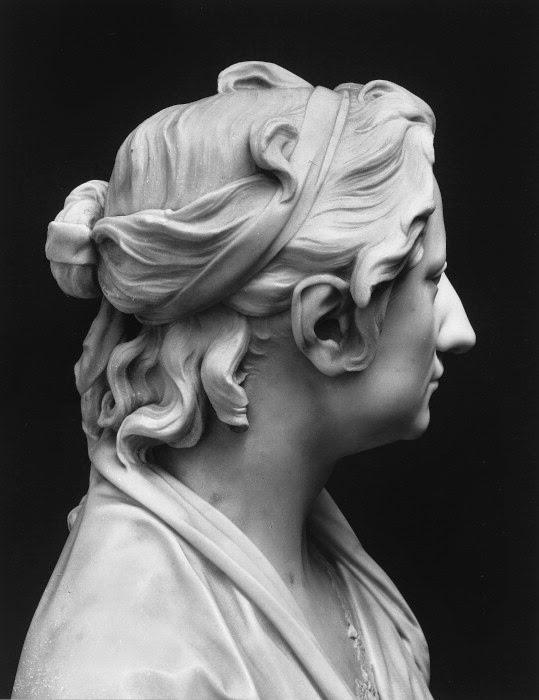 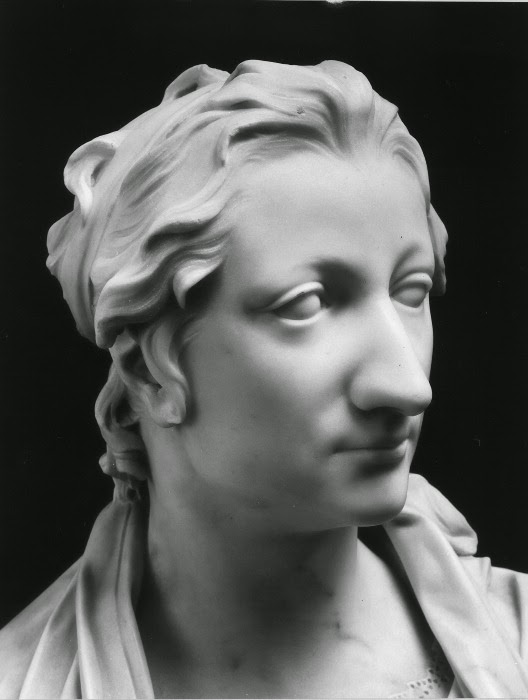 Unfortunately no up to date photographs currently available.
Believed to be at Earl of Yarborough of Brocklesby Park, near Grimsby, Lincolnshire. 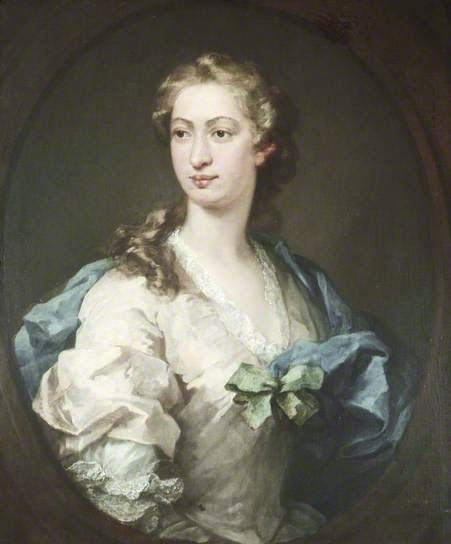 Portrait of an anonymous lady believed to be Arabella Aufrere by William Hogarth.

The three Bates brothers were very wealthy and had made a fortune from slavery and sugar plantations in Barbados. Their grandfather Colonel William Bate, a Royalist had fled to Barbados after the civil war and had taken up sugar planting by 1661.

Arabella Bate was orphaned at the age of 15 and brought up by aunt Hannah Sophia Chambers, the 8th Countess of Exeter at Burghly. The Countess of Exeter had commissioned the monument to her parents, Thomas and Margaret Chambers at one time believed to be from Louis Francois Roubiliac which was erected in All Saints, Derby in 1737.

George Rene Aufrere was the 2nd son of Israel Aufrere (1677 - 1758), Chaplain to William III,  at the Chapel Royal at St James Palace, London minister of the French Church of the Savoy in London. The family were Huguenots.

Their marriage portraits by William Hoare of Bath are still at Brocklesby Hall.

George Aufrere worked initially as Steward to Lord Exeter at Burghley, and it is possible that Roubiliac received the early commission for the two portrait busts to Lady Exeter's parents, Thomas and Mrs. Chambers, on their monument in All Saints, Derby.

His house and business premises were in 38 Mincing Lane City of London (Kent's Directory 1754).

In 1759 he purchased the lease of  Ranalagh House, later Walpole House, the former residence of Prime Minister, Sir Robert Walpole, by Chelsea Hospital.

In 1792 he purchased at at the sale of Sir Joshua Reynolds Collection Bernini's statue of Neptune (now in the Victoria and Albert Museum) which had been bought by Joshua Reynolds for £700 on his grand tour from Thomas Jenkins, who had acquired it from the Villa Negroni in Rome  and installed it in the octagonal garden room at Chelsea - it was later removed to Brocklesby Park
See - Survey of London

Aufrère was a very successful linen draper and merchant, trading between England, Africa and the Americas, at first in partnership with Sir William Smith, linen draper in Cornhill; in 1743 with Smith and Peregrine Cust; and in 1754 with John Sargent. Before he entered Parliament he was a considerable subscriber to Government loans, but by 1765 his business activities had diminished a good deal and about 1770 he retired.
Amongst offices he held were Commissioner for sale of French prizes 1756 -64, director of London Assurance 1761 - 77, Commissioner for Liverpool on Committee of the Africa Company 1764/5. 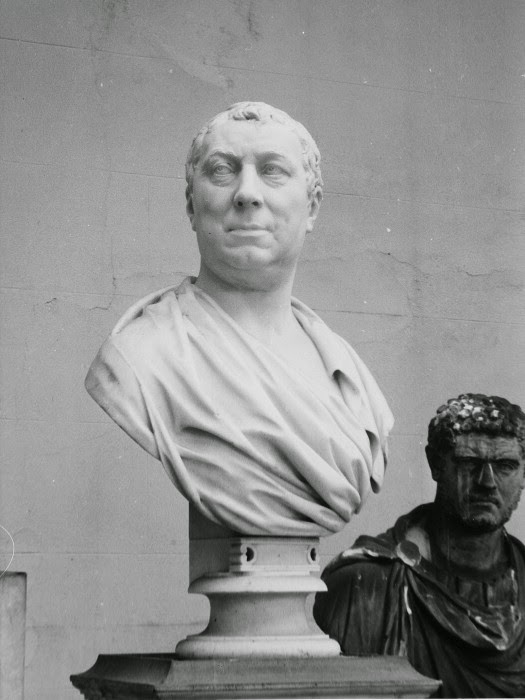 Her father provided  a dress of Point d'Angleterre lace representing Spring which he bought in Brussels on the way back from Italy - Sophia was painted in this dress by Sir Joshua Reynolds.

Brockelsby Hall and Park, - is a 1000 acre park and woodlands and were laid out in the 1770's by Capability Brown, the planting of the woodland was initiated by the First Baron Yarborough and the estate is currently owned by the Eighth earl Yarborough.

The garden temple at Brocklesby of circa 1787, possibly by James Wyatt above the inner door is the following inscription  'Dedicated by veneration and affection to the memory of Arabella Aufrere, with a grateful sense of the many virtuous sentiments imbibed often on this spot from her highly
cultivated mind.'

The Mausoleum at Brocklesby was built between 1786 and 1794 by Charles Anderson Pelham, who subsequently became the First Baron Yarborough, as a memorial to his wife Sophia who died at the early age of 33 years. The Architect was James Wyatt and his classical design is based on the Temples of Vesta, Rome and Tivoli Pevsner considered it Wyatt's masterpiece - in it is a statue of Sophia Anderson by Joseph Nollekens.

George Aufrere died a very wealthy man 7 Jan. 1801, at her death in October 1804, Yarbourough inherited George  Aufreres pictures -The Monthly Magazine noted  "one of the finest collections of paintings in the country", valued at £200,000. It was noted by

For a brief history of the George Aufrere his business and family see - Citizens of the World: London Merchants an the Integration by David Hancock. 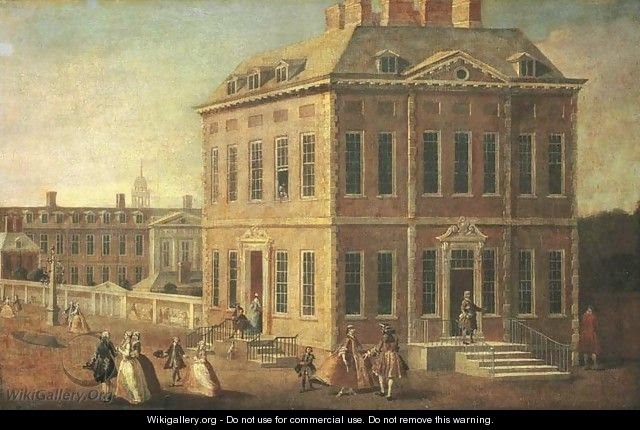 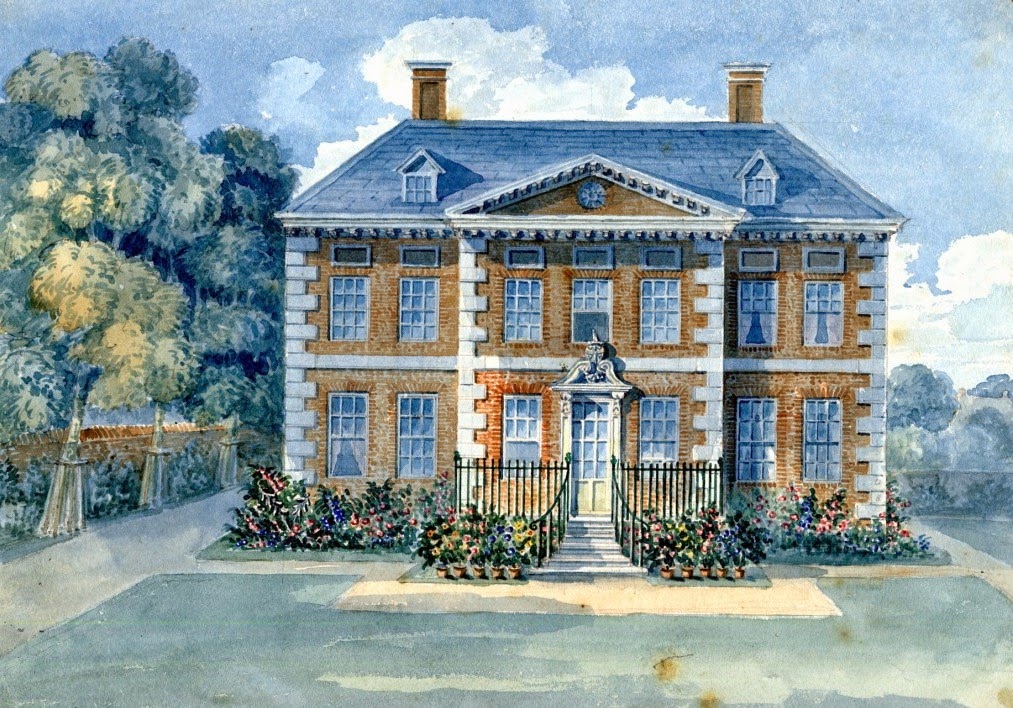 Two views of Ranalagh House, Chelsea, London, home of the Aufrere family from 1759.


Posted by David Bridgwater at 06:08 No comments: