The Medallions of the Kings and Queens of England, 1731.
by Jean Dassier (1676 - 1763).
Part 3.
Each Medallion 41 mm diam.
All images courtesy Ben Weiss - I am very grateful for his support and assistance.
I would like to thank Professor Ben Weiss, Emeritus Professor of Pharmacology and PhysiologyDrexel University College of Medicine, for allowing me to reproduce the photographs and captions.
http://www.historicalartmedals.com/default.htm
A visit to his website is essential for anyone interested in pre 19th century European Medallions. 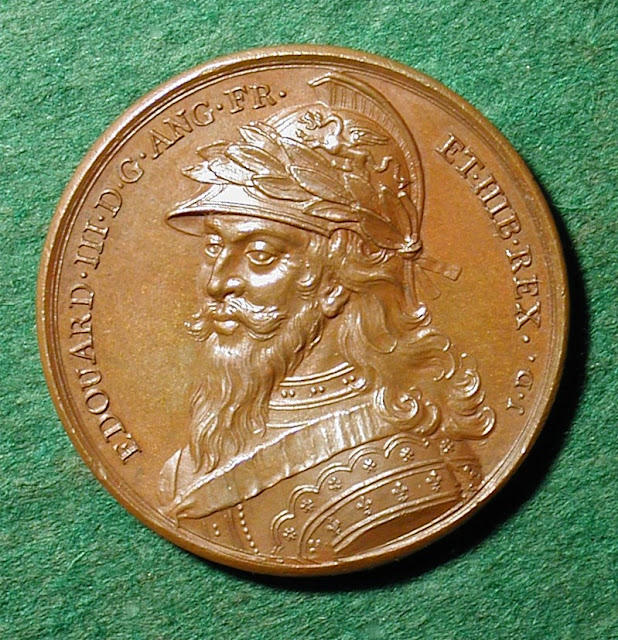 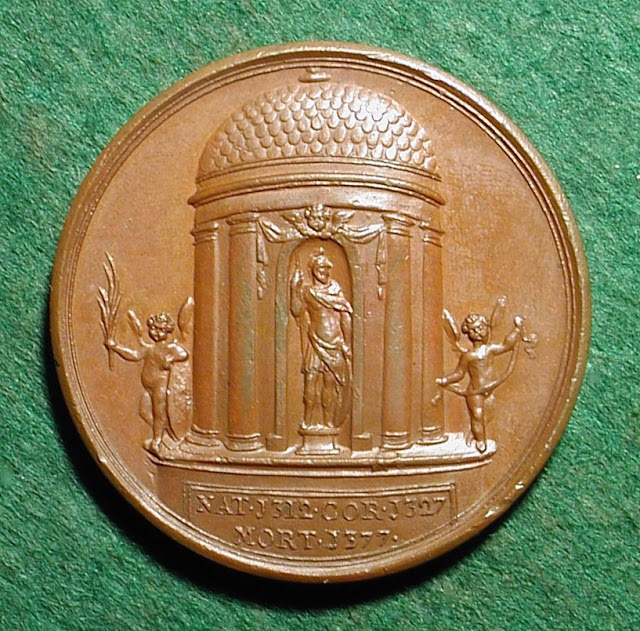 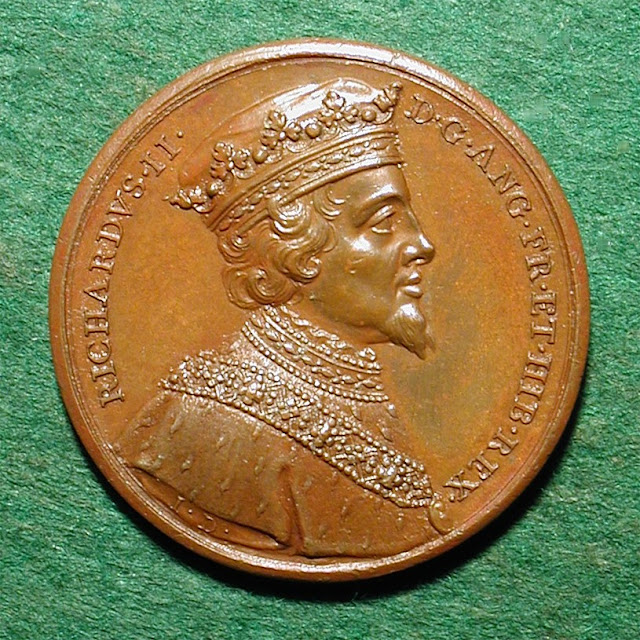 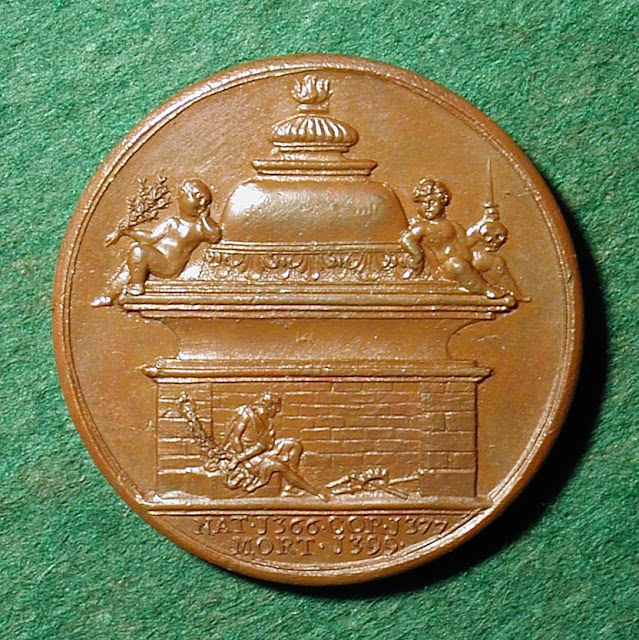 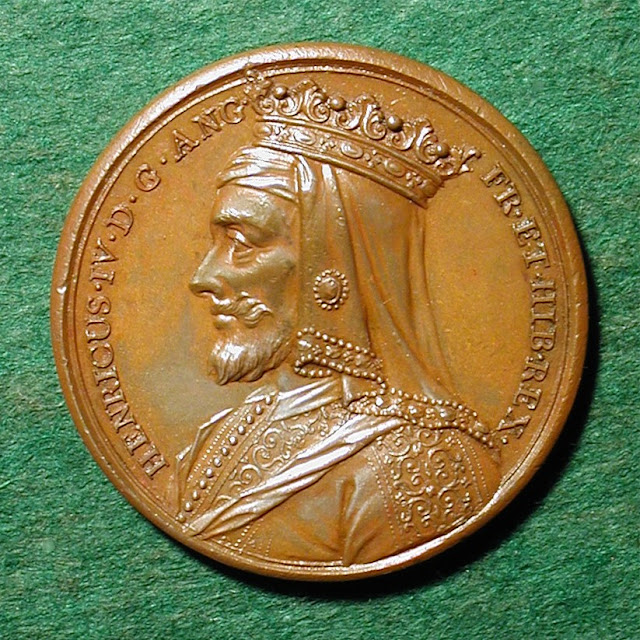 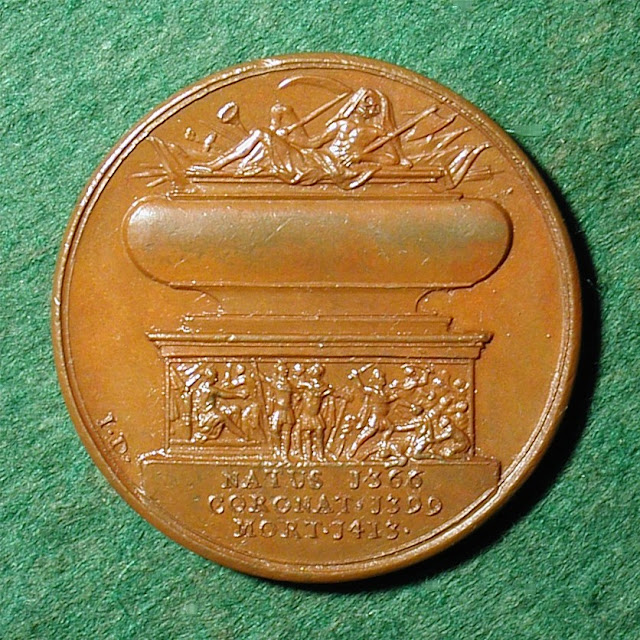 Henry IV (1399 - 1413).
Obv: Bust of Henry IV (l) wearing embroidered robe and veil with Lancastrian rose    HENRICUS. IV. D.G. ANG. FR. ET. HIB. REX.
Rev: Tomb surmounted by reclining figure of Death holding a scythe in one hand and an ax in the other, surrounded by military trophies. Below the tomb is a bas-relief representing at left Prince John of Lancaster ordering his officers to suppress the rebellion of Scrope, Archbishop of York, and Mowbry, Earl Marshal. The crushing of the rebel forces is depicted at right. (From Eisler)
On base:  NATUS J366 CORONAT. J399 MORT. J413
Signed:  I.D.
Ref: M.I. i, 12/6; Eimer 28/15; Thompson 26/13; Eisler I, 257/15
Copyright © 2003-2015 Benjamin Weiss
All Rights Reserved 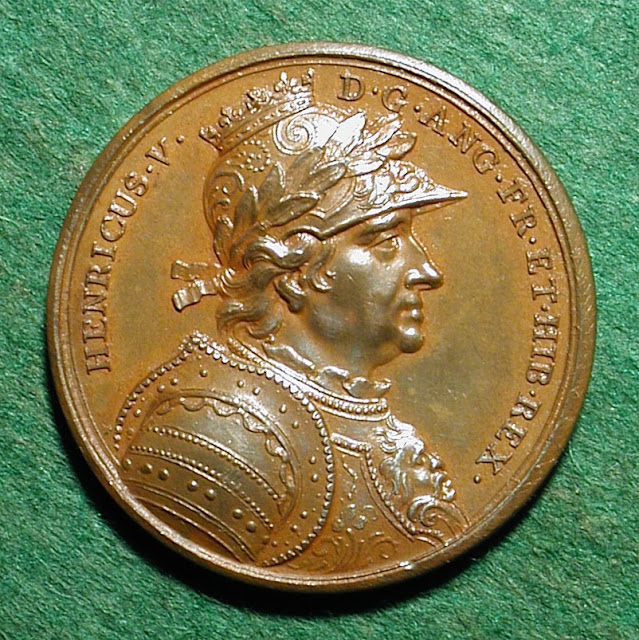 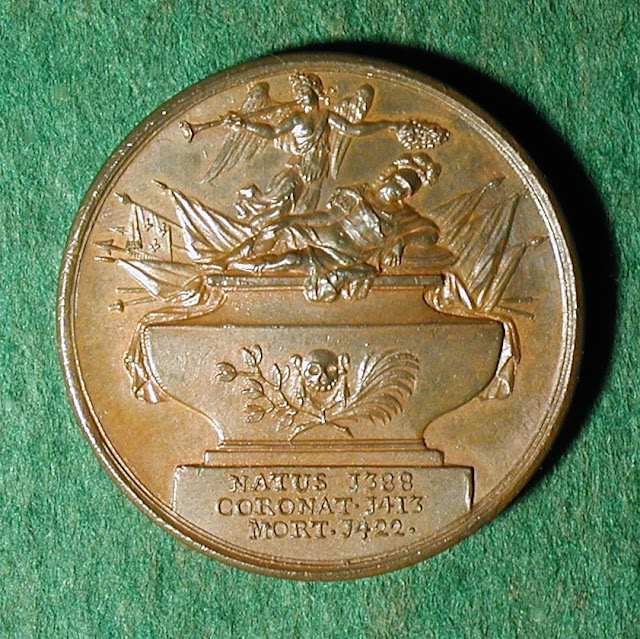 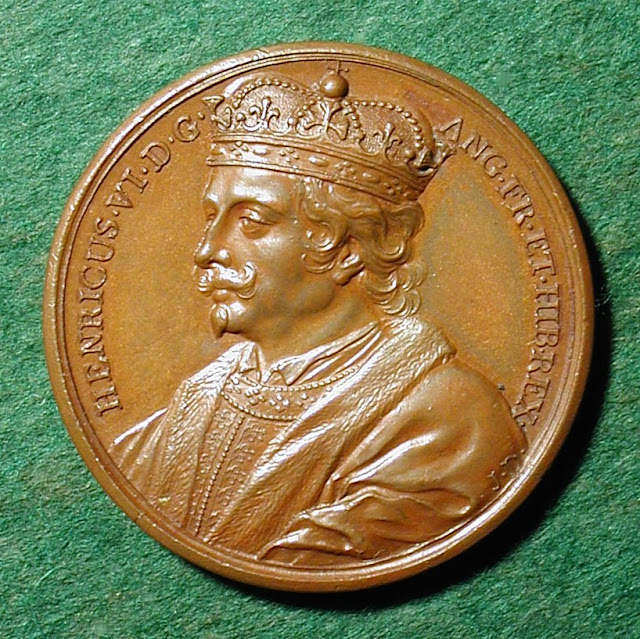 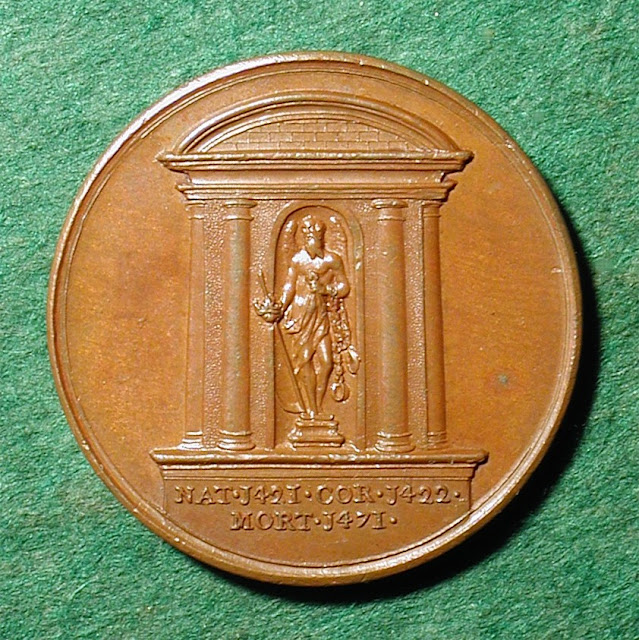 Posted by David Bridgwater at 08:42