A Plaster version of the bust of Alexander Pope by Louis Francois Roubiliac Plaster. 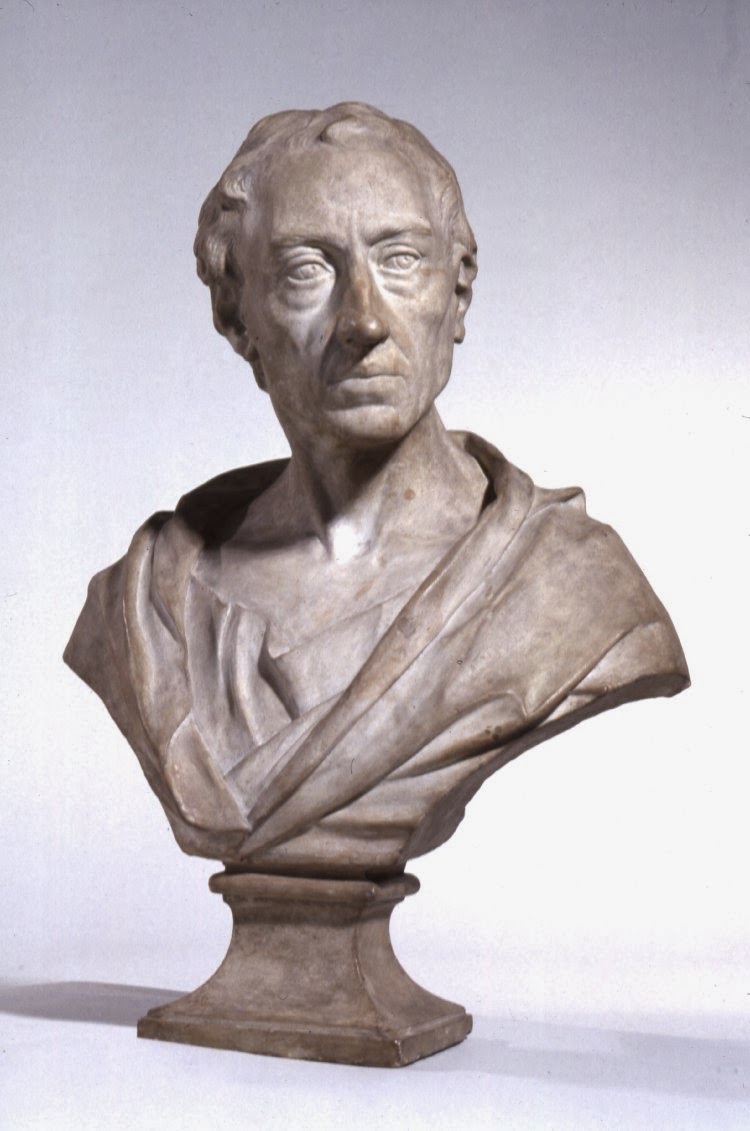 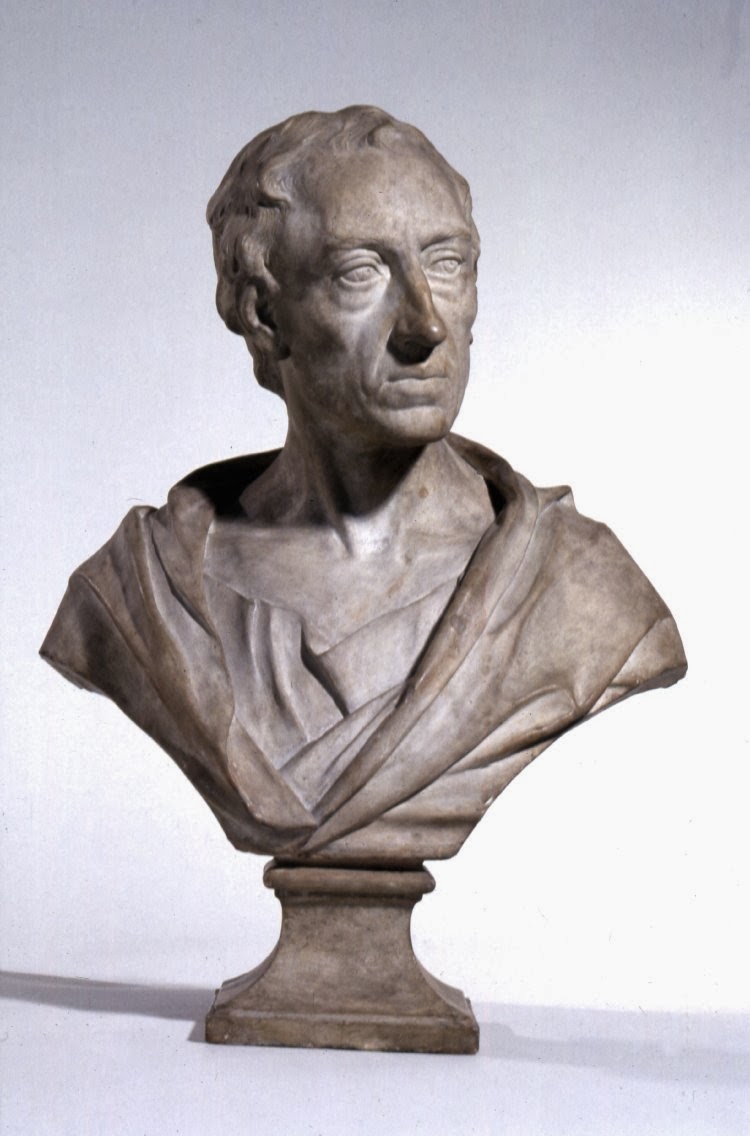 This bust was one of 17 bought at the sale of the contents of the Roubiliac studio in St Martins Lane and presented to the museum by Dr. Matthew Matey on 28th May 1762. The head is slightly less lined and the detailing is smoother, suggesting that it was not taken directly from the Barber terra cotta. There are some fairly obvious piece mould marks on face. 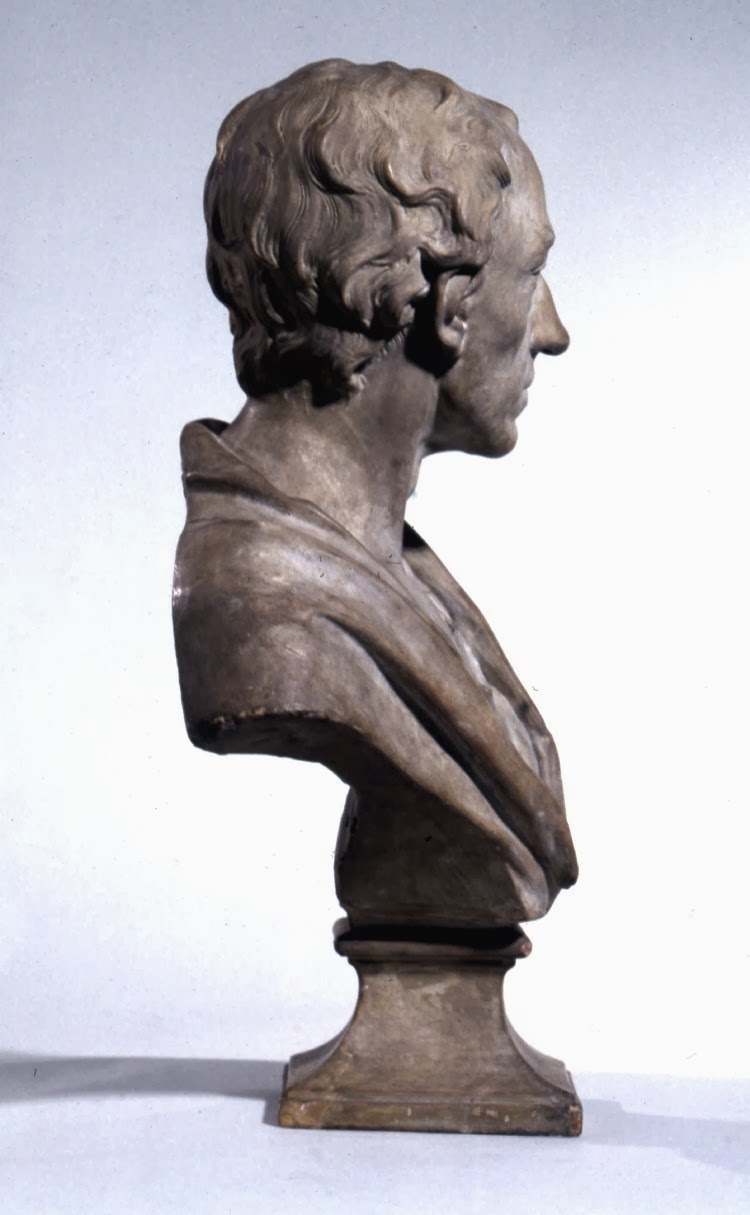 Piece moulds in plaster were lots 42 and 48 on the first day of the posthumous Roubiliac Sale held by Langfords 12 May 1762 at his studio in St Martins Lane. 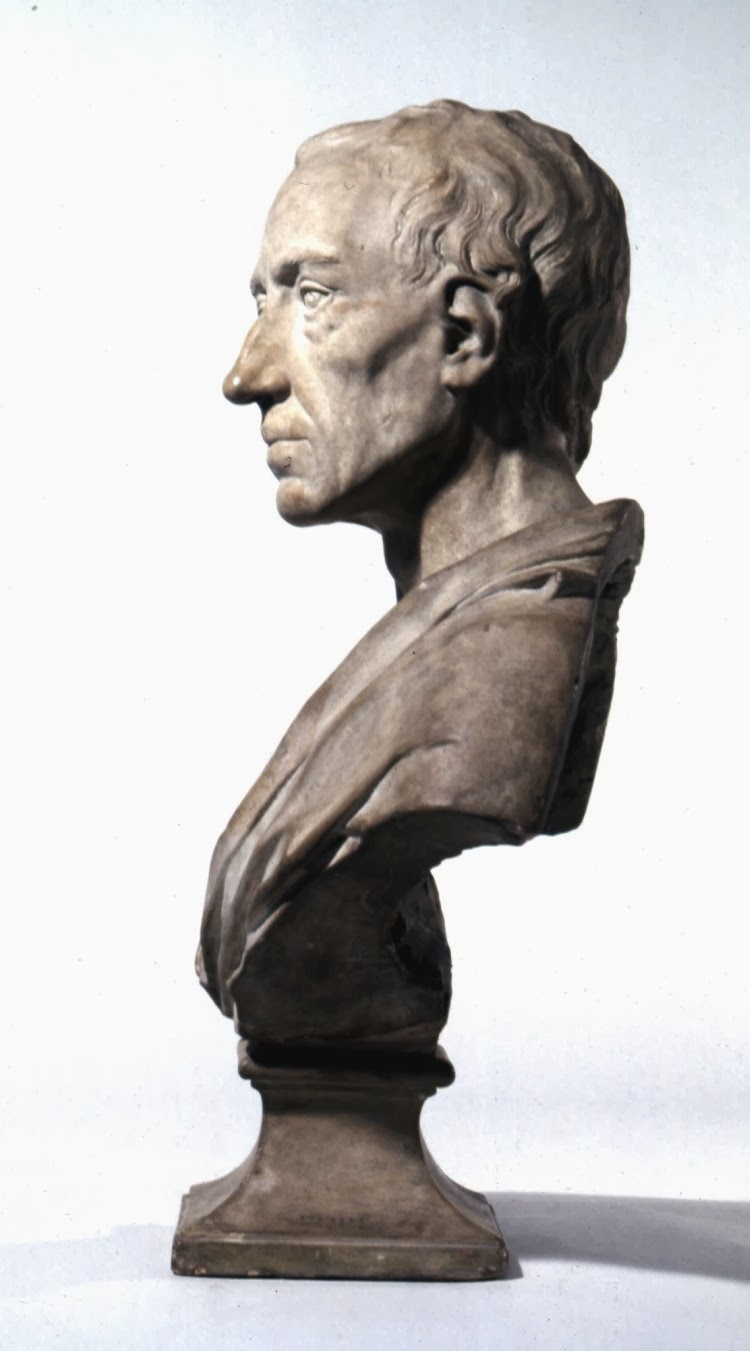 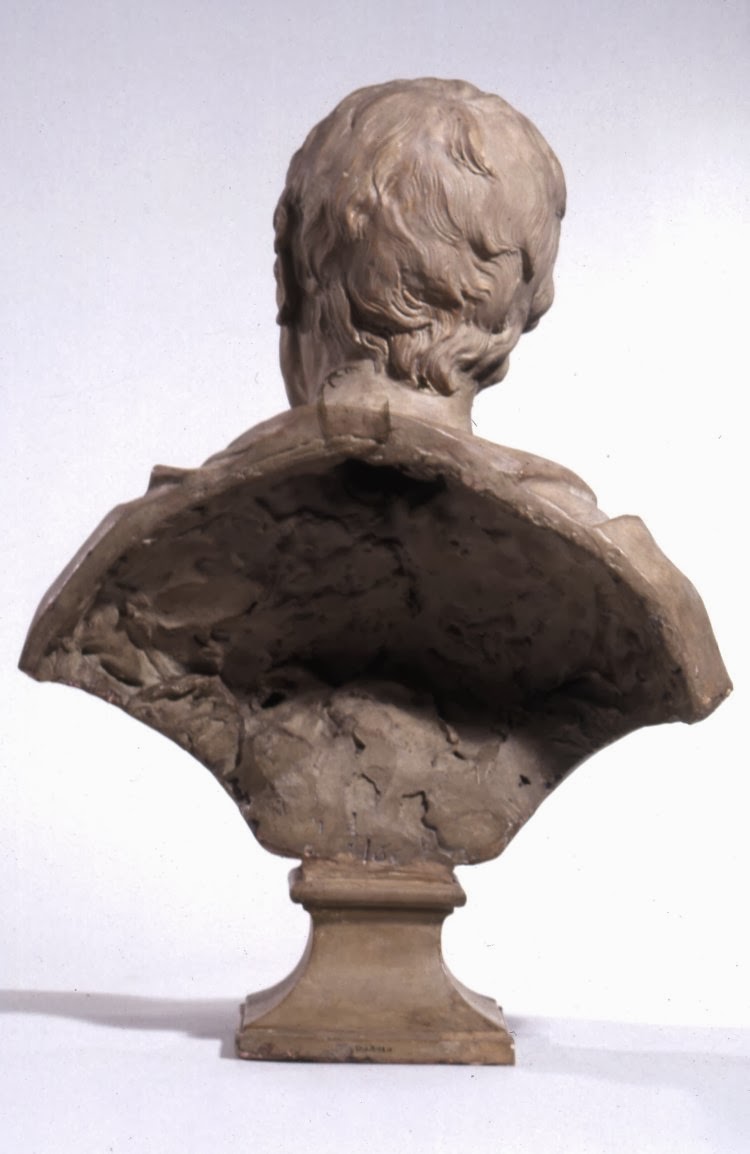 writing to Ralph Allen at Prior Park, Widcombe, Bath.

"I went yesterday to the sculptors & saw the Heads, that of Milton is near finished, & the others doing. I shall take what care I can of them"

Four busts were ordered from Roubiliac including one of Sir Walter Raleigh at £20 each.

Quoted from MR Brownell - Alexander Pope and the Arts in Georgian England. Oxford, 1978.

Posted by David Bridgwater at 17:00