The Poulett Bust Of Alexander Pope by Roubiliac.

Marble, 19.5 inches, drilled eyes, paired with a bust of Isaac Newton. Ex Collection of Lord Poulett, Hinton House, Hinton St. George, Somerset. See Wimsatt p.237 - 240. Wimsatt was not aware of these busts. If this is one of the pair with Newton in the Wiltshires Assembly rooms in  February of 1741then it is is almost certainly the first of the Roubiliac Type 3 busts of Alexander Pope based on the Barber Institute terra cotta. This would then date the Barber Institute terra cotta to 1740 or before. 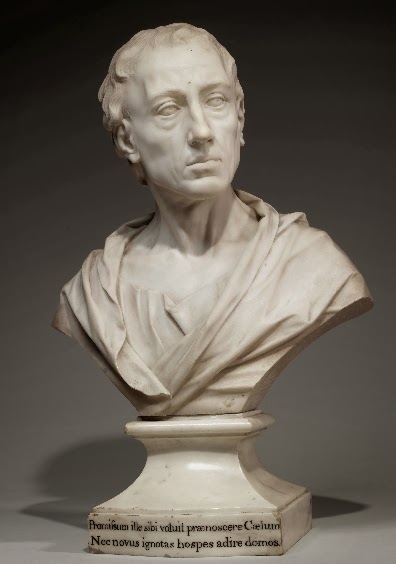 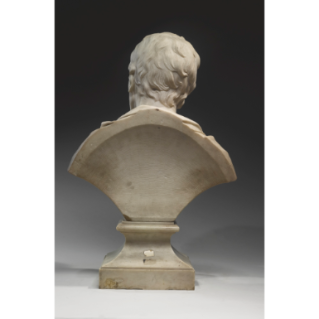 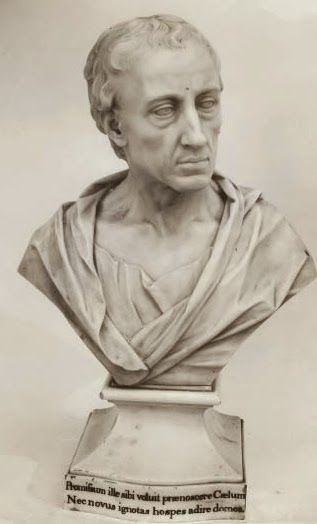 It seems most likely that these two busts were the pair of busts mentioned as being in Wiltshire’s Assembly Rooms in Bath in 1741 and mentioned in the Gentleman's Magazine (11 February 1741) along with an epigram entitled ‘On Mr Nash’s present of his own Picture at Full Length, Fixt between the Bustos of Mr Pope and Sir Is. Newton, in the Long Room at Bath’ and shown indistinctly flanking a full length portrait of Beau Nash in a watercolour by James Vertue brother of diarist and printmaker George Virtue in the Broadly Collection Scrapbook relating to Pope and Bath at Bath Reference Library. 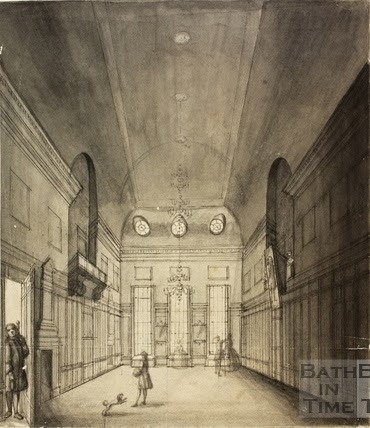 Bought by dealer Cyril Humphries of Bond St. London, sold 1969 to Armand G. Erpf. of New York on his death in 1971, passed to his widow who became Mrs Gerrit P.van de Bovenkamp.


The Newton bust next appears without the Pope at Sothebys New York - Benjamin Sonnenberg sale, Lot 391, on 5 June, 1979, where it was bought jointly by 14, St James Place and Cyril Humphries. The Newton is now in the Collection of Lord Rothschild. July 2000.

Posted by David Bridgwater at 03:41