9. The Windsor Castle Bust of Alexander Pope.
I have not inspected this bust and the photographs available are not good. At first glance it appears to be a Roubiliac bust, of the Third Type based on the Barber Institute terracotta, but it could be a later copy. 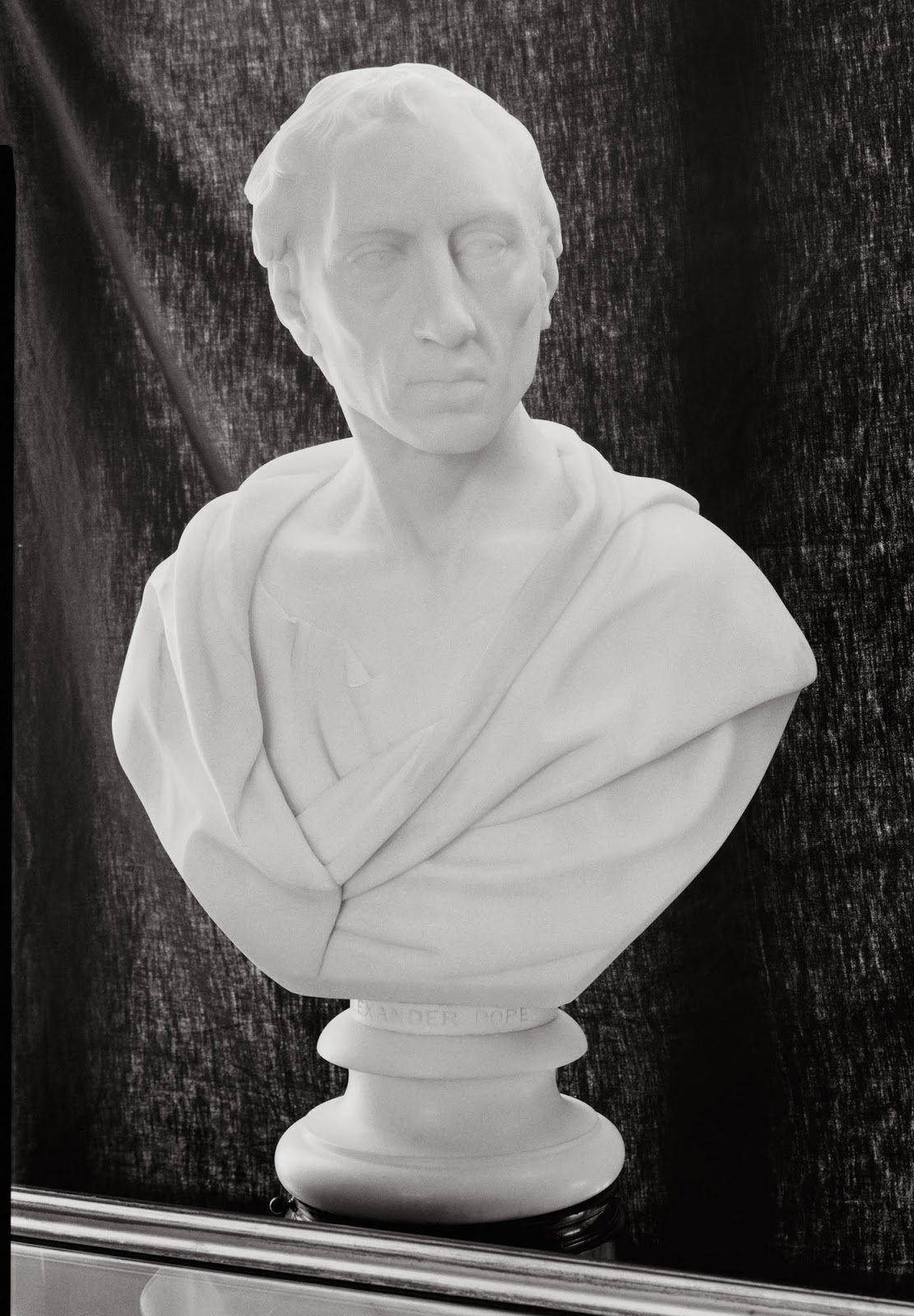 
The socle with a collar of Marble inscribed Alexander Pope is probably an early nineteenth century replacement.


There is also at Windsor a marble bust of Lord Ligonier by Roubiliac with almost exactly the same detailing to the collar of the socle. Provenance: Presented to George IV, when Prince Regent, by the Field Marshal's granddaughter, Mrs Francis Lloyd, in 1817.


There are no records for the entry of this bust of Pope into the Royal Collection. It is possible it came with the portrait of Lord Ligonier, (Member of Parliament for Bath 1748 - 1763) it is also possible that it arrived much earlier and was acquired by Frederick, Prince of Wales who resided in Leicester House on the North side of Leicester Fields (now Leicester Square) a stones throw from St Martins Lane. 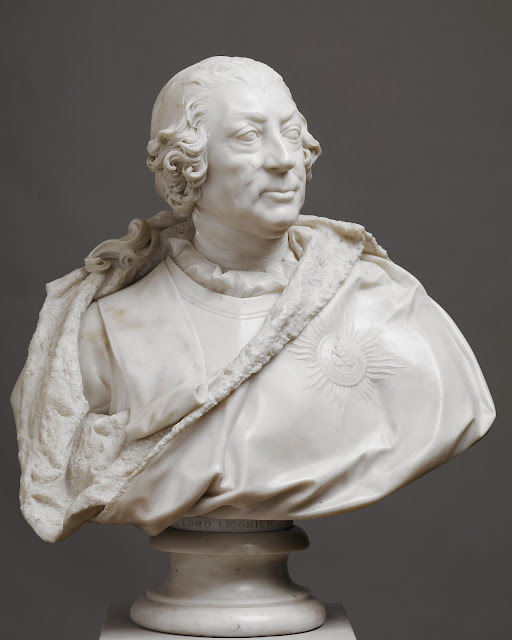 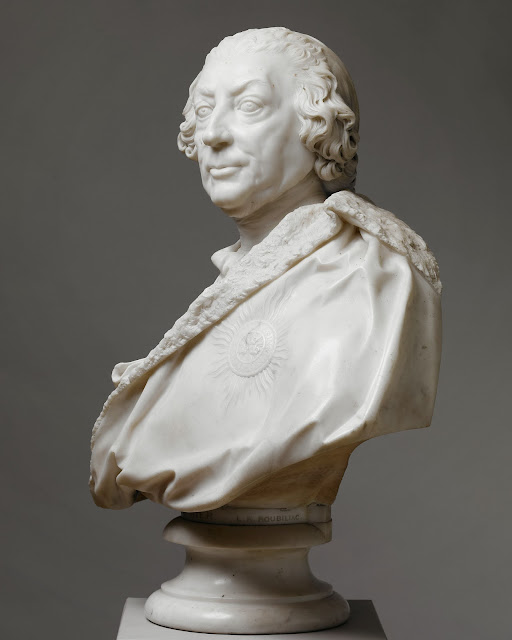 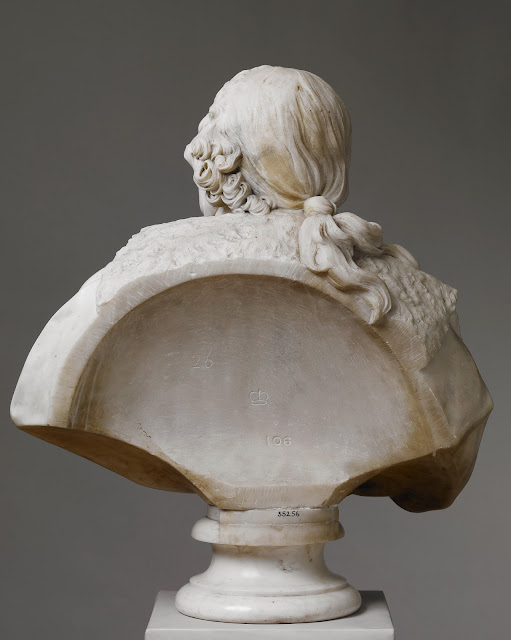 Posted by David Bridgwater at 02:25