I have previously posted on the busts of Tyers but with the discovery of this sale catalogue image below I thought it worthwhile briefly readdressing the subject. Particularly as I can now post the photographs of the busts in the Birmingham Museum store.

I am very grateful to all the Birmingham Museum staff who made this possible. 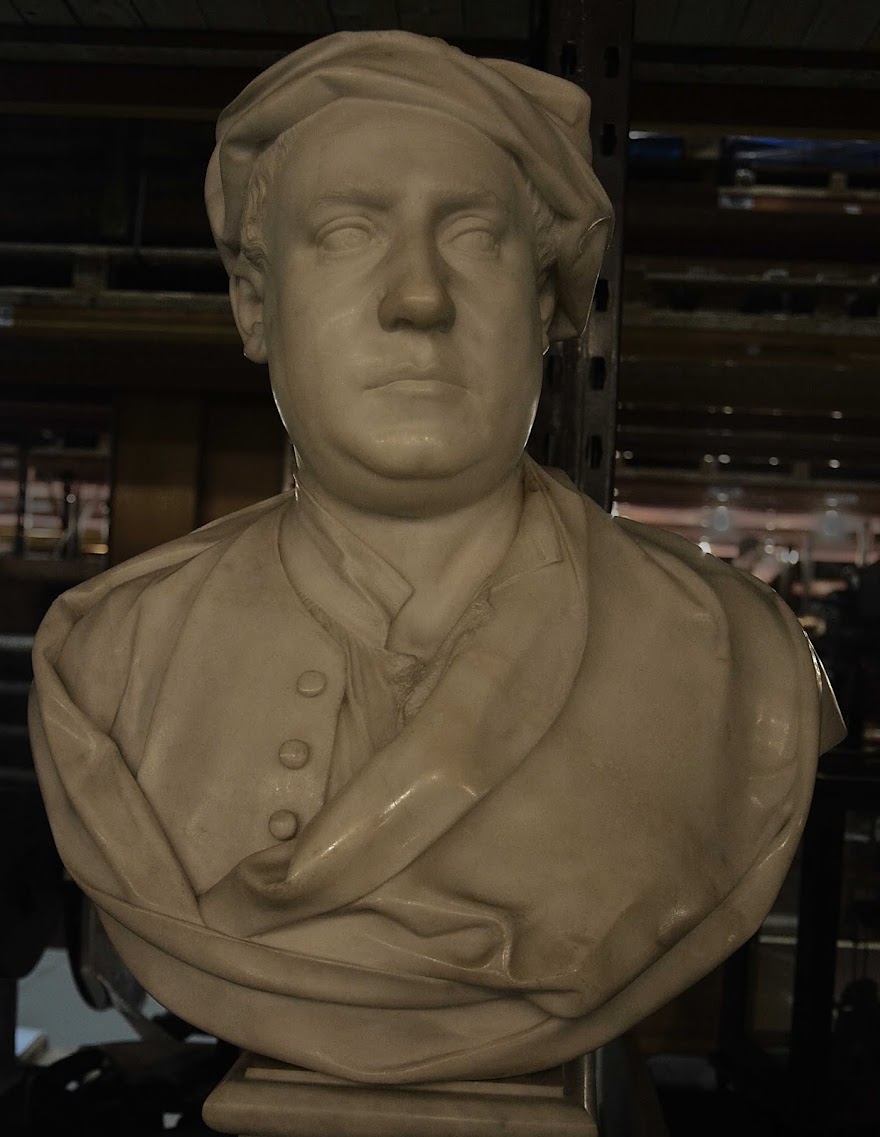 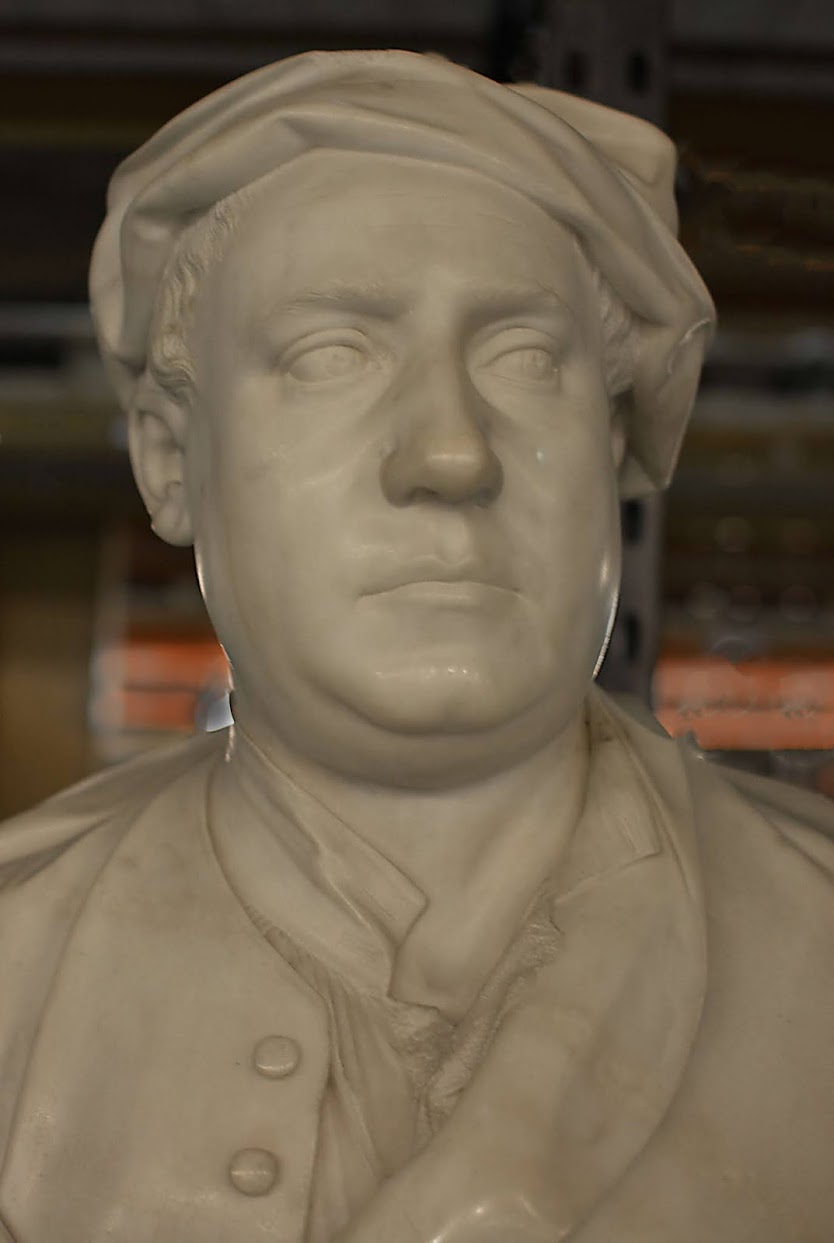 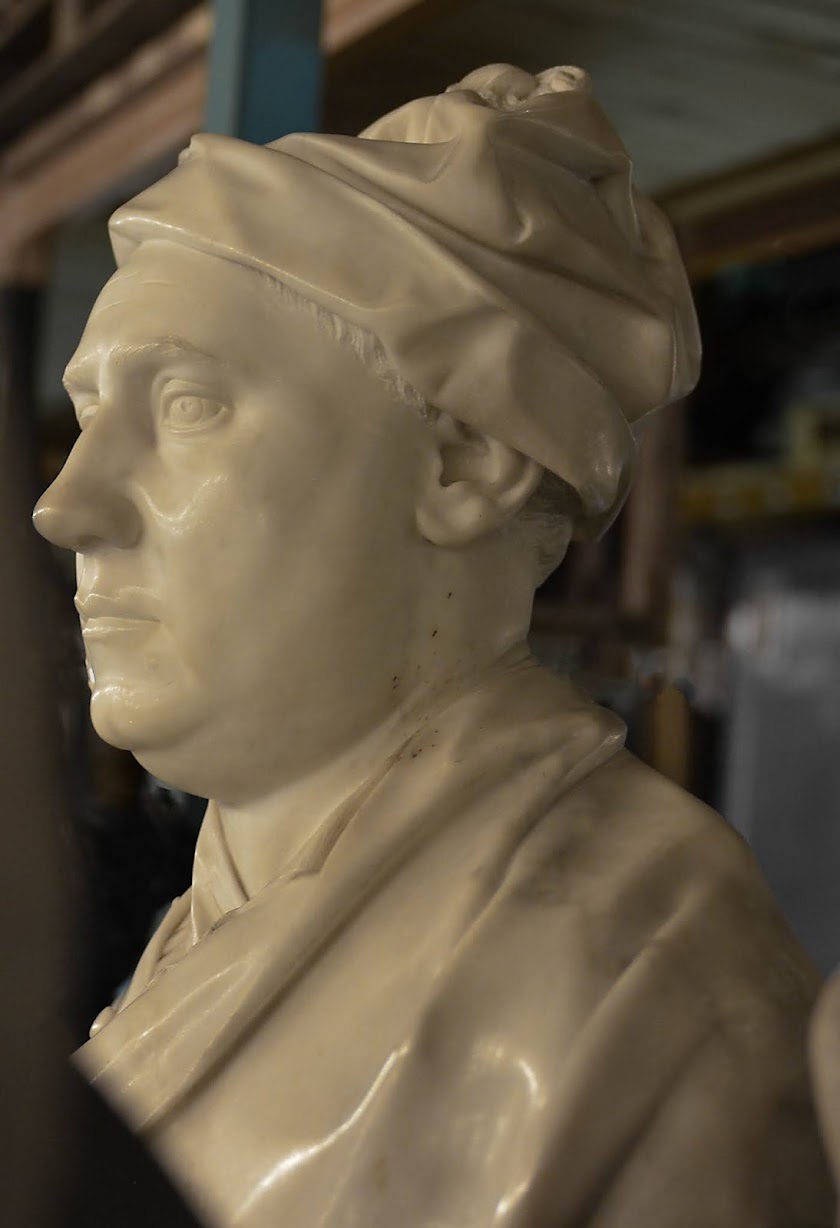 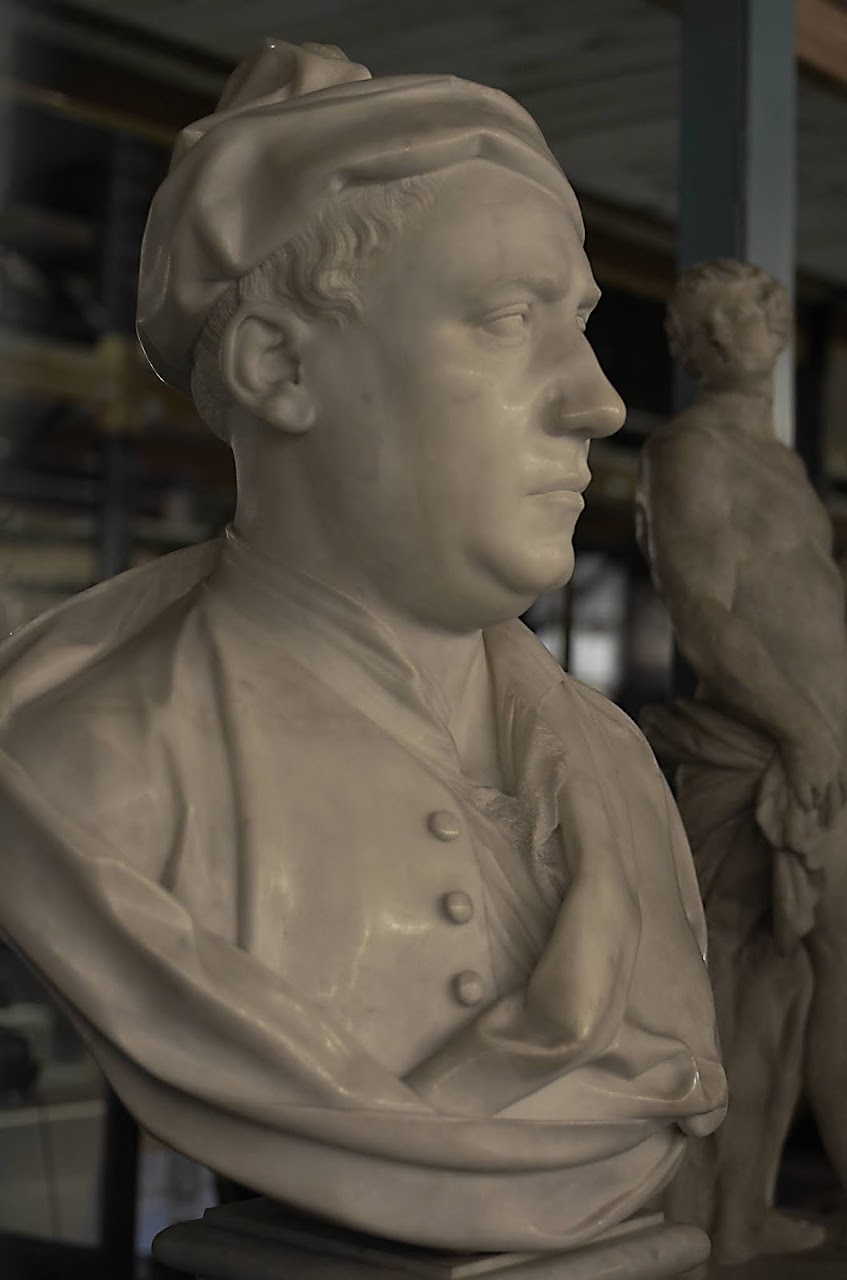 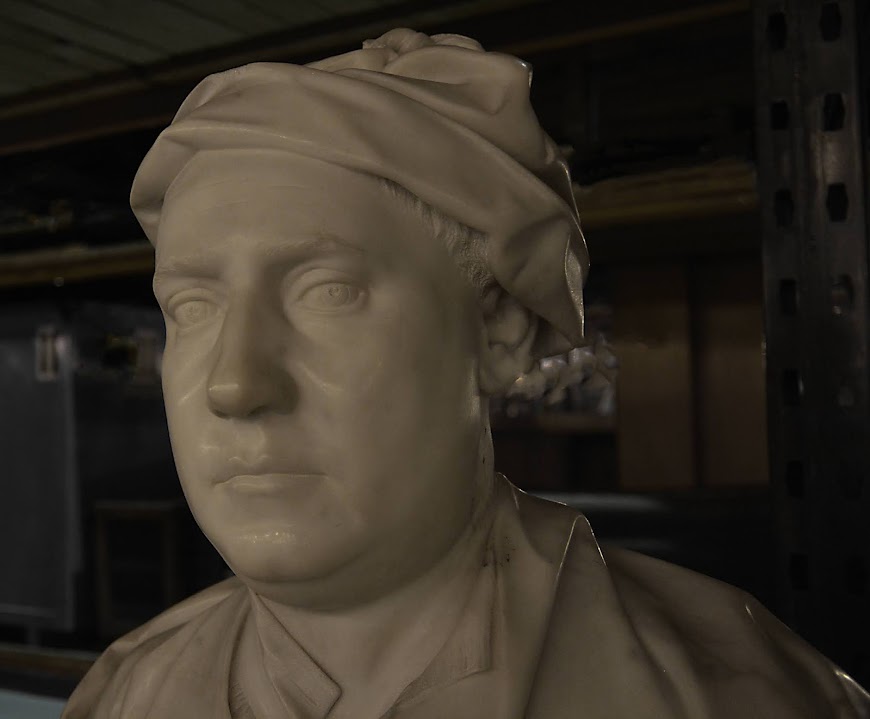 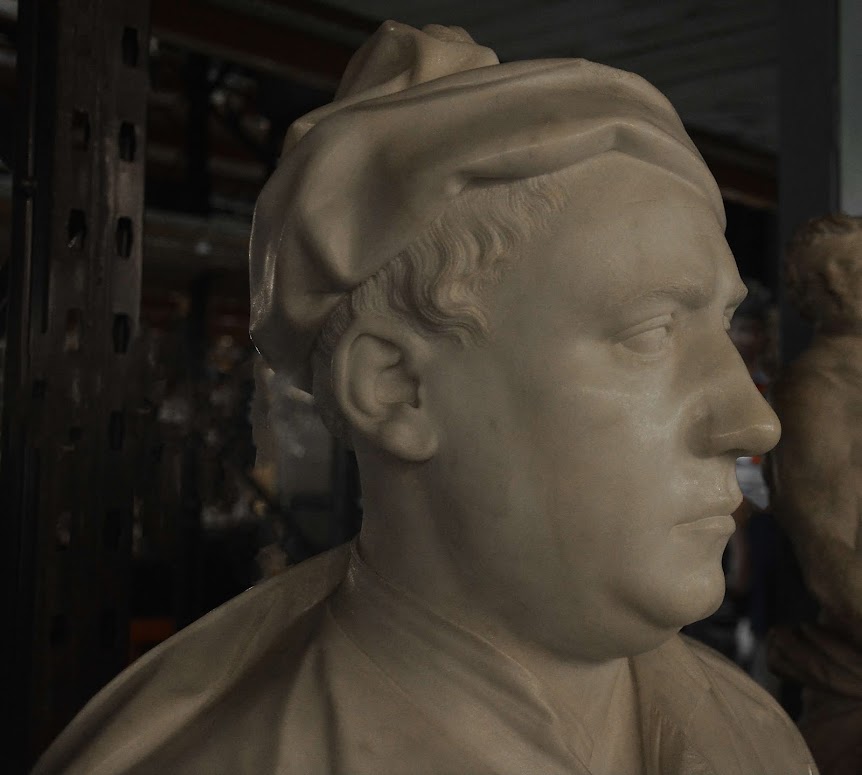 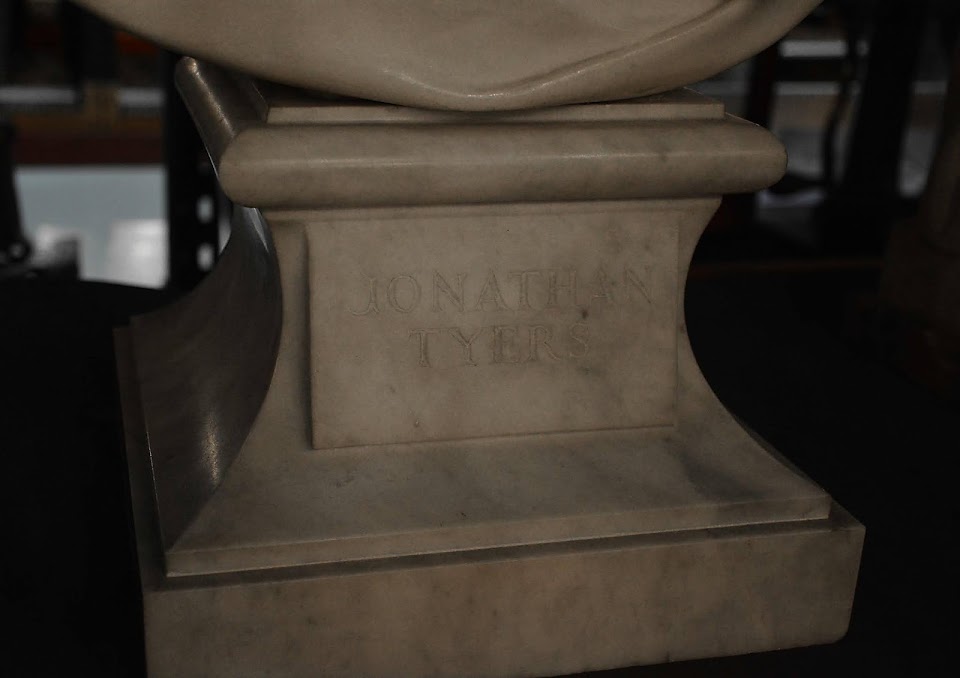 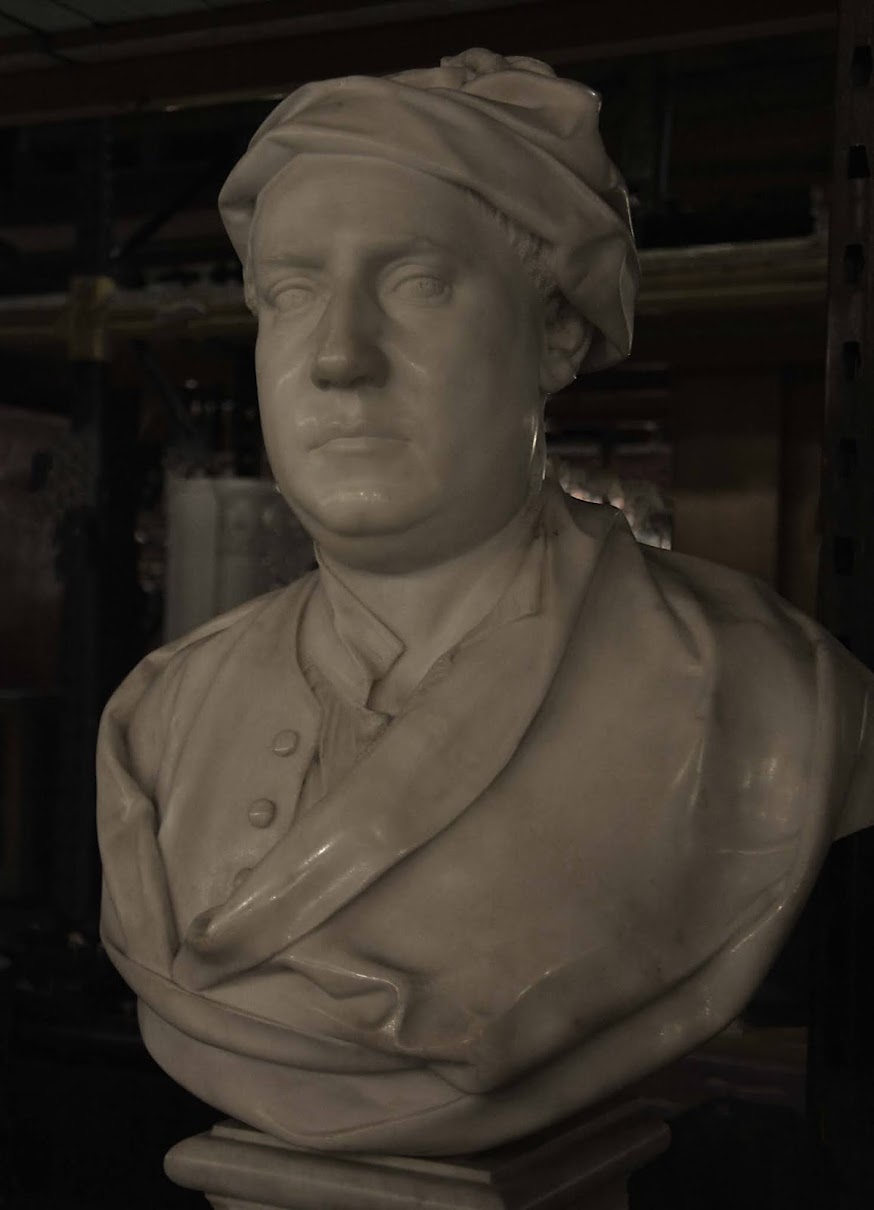 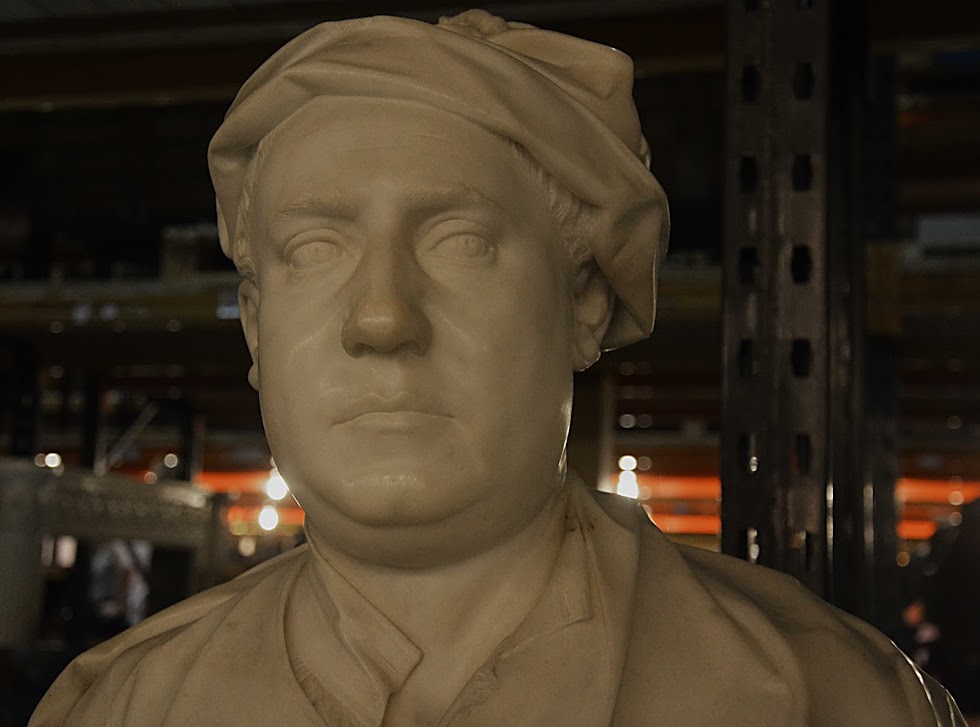 The marble bust of Jonathan Tyers 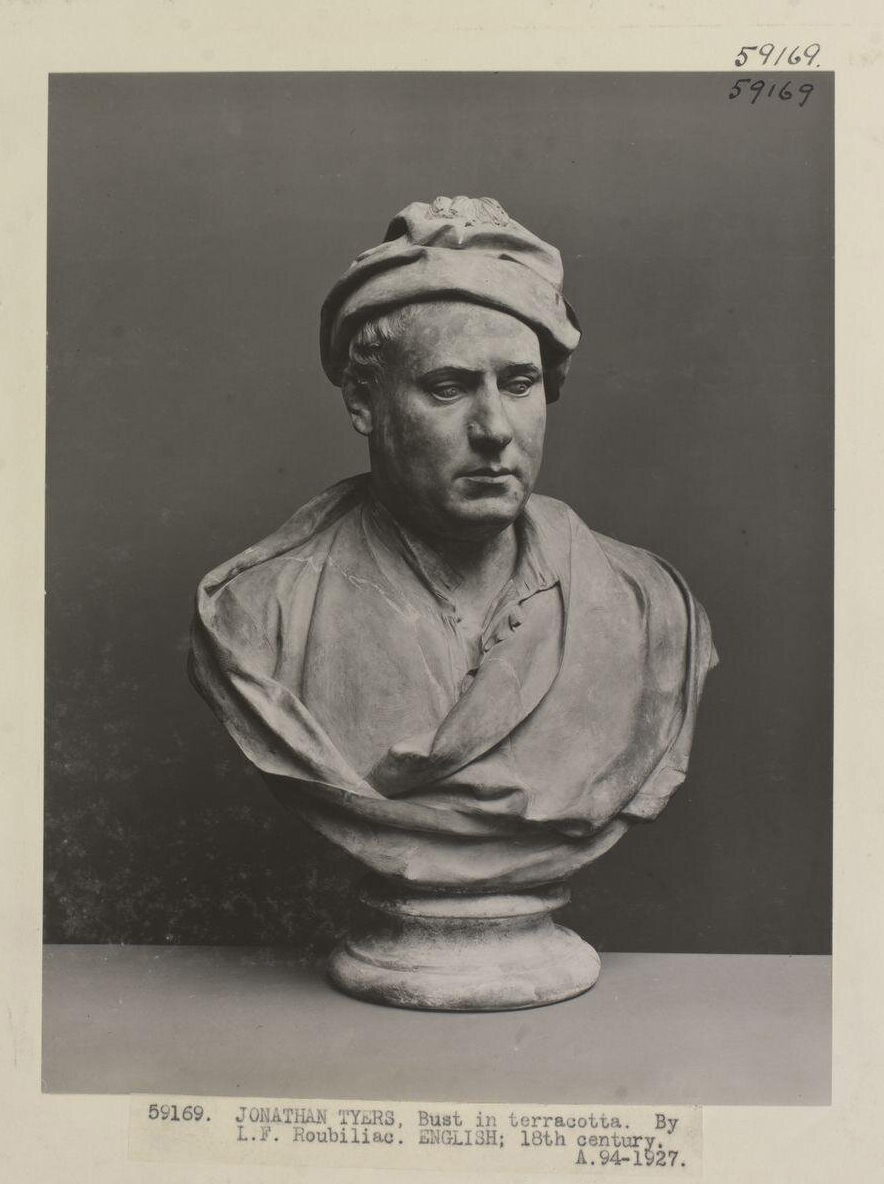 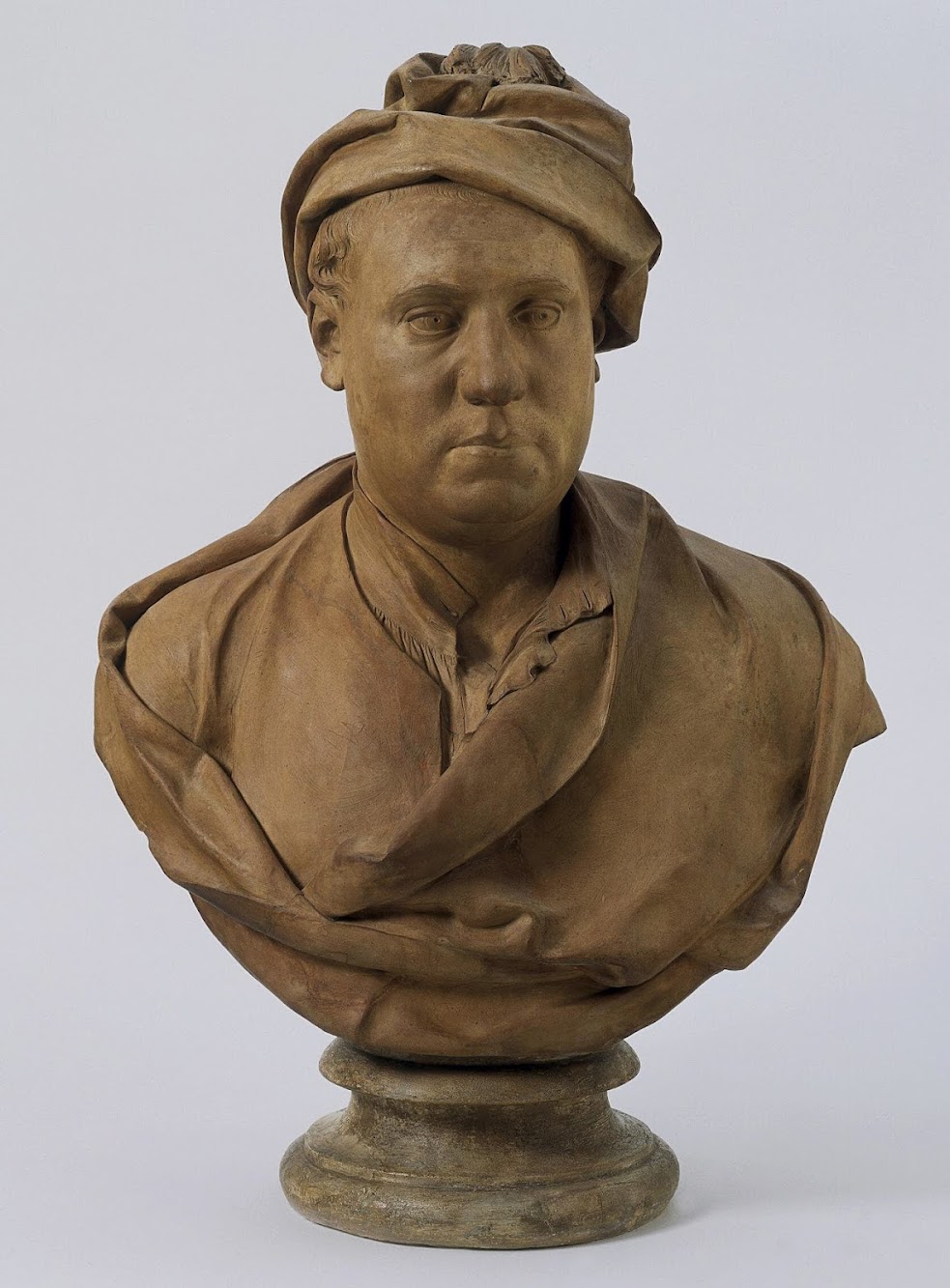 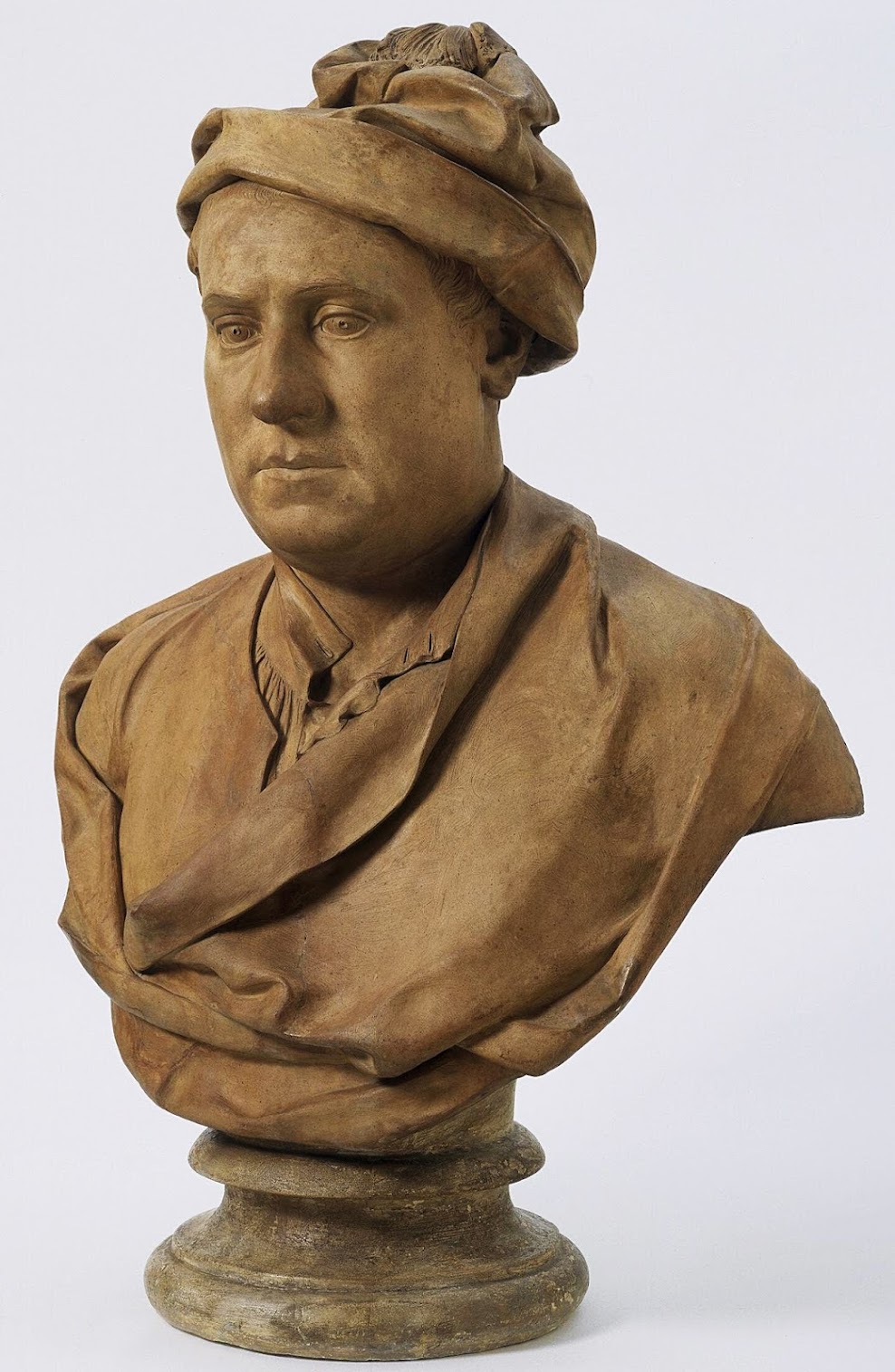 This terracotta and the marble version in the Birmingham Museum were almost certainly commissioned by Tyers himself.  These two busts were recorded in the possession of the Tyers's grandson, and then passed by descent to the Reverend Jonathan Tyers Barrett of Brandon House, Suffolk.

The busts were sold at the Brandon House sale in September 1919.

The marble bust was sold at Sotheby's on 24 June 1927 (lot 77), but in 1956 it was acquired by the Birmingham City Museum and Art Gallery from Sabin, a London dealer. (probably Frank Sabin).

The three images above courtesey the V and A website

It should be noted that Roubiliac has used the same dapery for the busts of Streatfield at Chiddingstone, Kent and the various busts of John Ray. 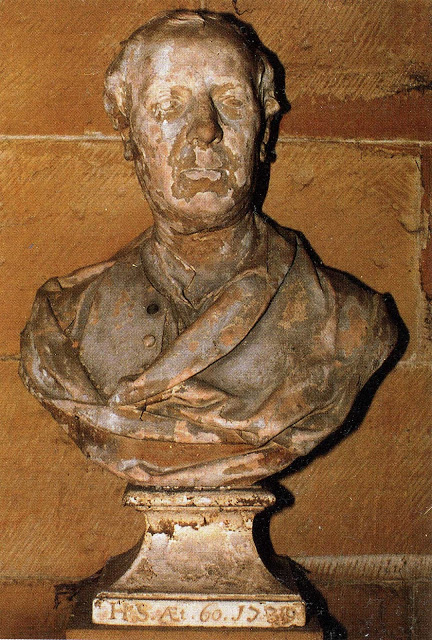 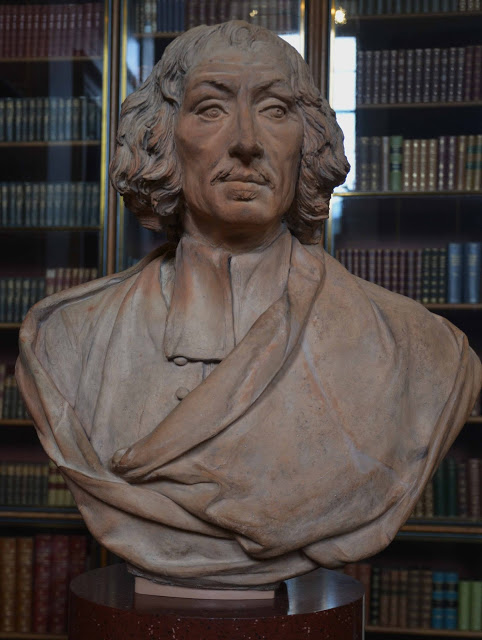 Posted by David Bridgwater at 07:54