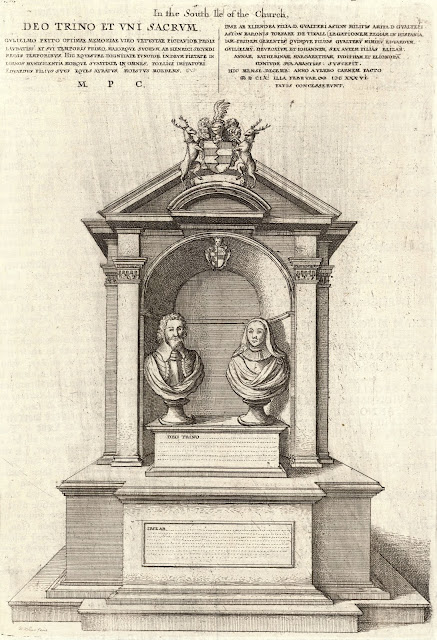 The west monument is to Edward Peyto 1643 and Elizabeth (Newton) his wife. Their white marble busts are set on a pedestal flanked by shafts of dark marble with white Corinthian capitals and bases supporting an entablature and pediment with an achievement of arms.

In the floor is an inscribed slab to Edward Peyto 1658. 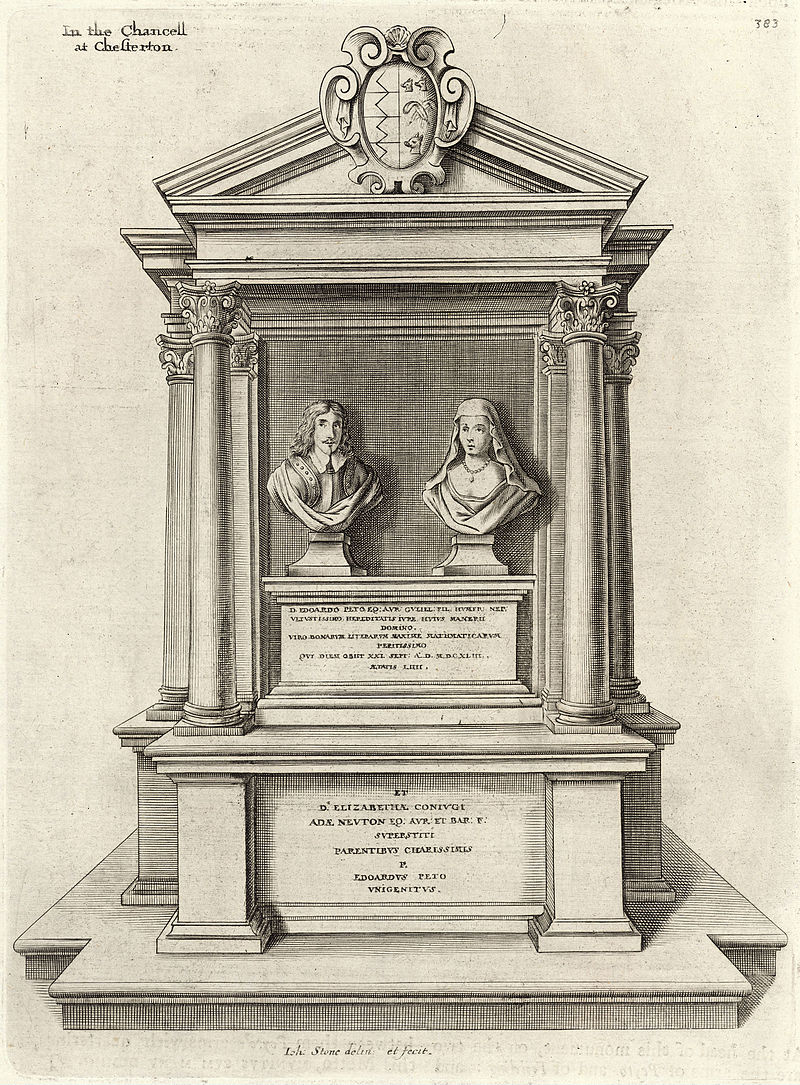 Against the north wall is the monument of William Peyto, 1619, and Eleanor (Aston) his wife, 1636, with their white marble busts on a pedestal set within a round-headed recess that is flanked by pilasters below a small curved pediment.

This is surmounted by a larger pediment on which is an achievement of the Peyto arms. This monument was executed by Nicholas Stone in 1639 at a cost of £150.

Posted by David Bridgwater at 10:11