Fellow of All Soul's College.


Richard Steward was nominated Dean of Westminster in 1645 but he followed the future Charles II into exile during the English Civil War so was never installed.

He was a son of Nicholas Steward of Northamptonshire and his first wife Anne (Madox) and was baptised on 3 August 1595 at Patehul, Northamptonshire. He had a brother George. Possibly educated at Westminster School but he does not appear in their lists. He matriculated at Magdalen Hall, Oxford on 1 December 1609. He graduated B.A. in 1612, M.A. in 1615, B.C.L. in 1617, and D.C.L. on 3 July 1624.

In 1613 he was elected fellow of All Souls' College, and in 1622 served in the office of proctor.

Having taken orders, he became rector of Harrietsham, Kent, in 1626, and on 17 July 1629 was named prebendary of Worcester. In the following year he also became vicar of Aldbourne, and rector of Mildenhall, Suffolk, and of Alton Barnes, Wiltshire.

With the last benefice he also held a canonry at Salisbury. On 6 March 1635 he received in addition the deanery of Chichester.  In 1638 he resigned his stall at Worcester on becoming prebendary of Westminster but did not take up his post because of the civil war. In 1739 he was made Provost of Eton College.

He was made a chaplain in ordinary and clerk of the closet to Charles I in 1636, and two years later he received an annuity of £100 from the royal exchequer.

He held several other posts including , prebendary of St Paul's cathedral and Dean of the Chapel Royal. He also was Clerk of the Closet and Chaplain in Ordinary to the King.

His wife was Jane, daughter of Sir William Button, and they had two sons - Charles died in 1698. Richard died in Paris on 14 November 1656 and was buried in the Protestant cemetery at St Germain des Pres.


An oil painting of him, probably copied from that by Adriaen Hanneman (below), was purchased by Westminster Abbey in 1954 and hangs in the Deanery.

Another copy is at Eton College - perhaps the version that the above was copied from.

This photograph above from the Westminster Abbey website - as usual they purposely make it low resolution in order to monetise their holdings. One can purchase a photograph from the abbey.

I can find no contemporary engraving of the portrait which suggests that Cheere probably used the portrait at Eton College. 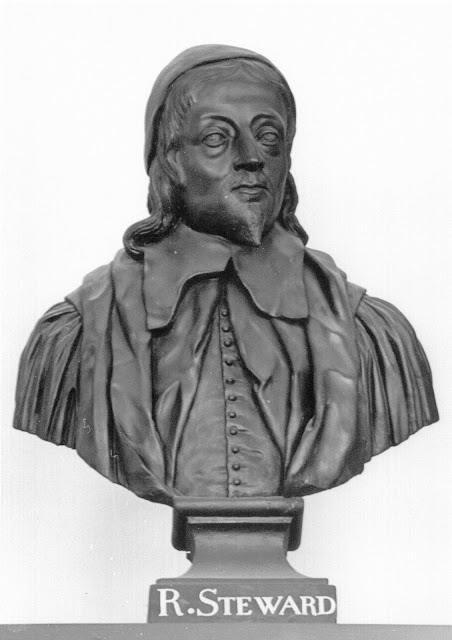 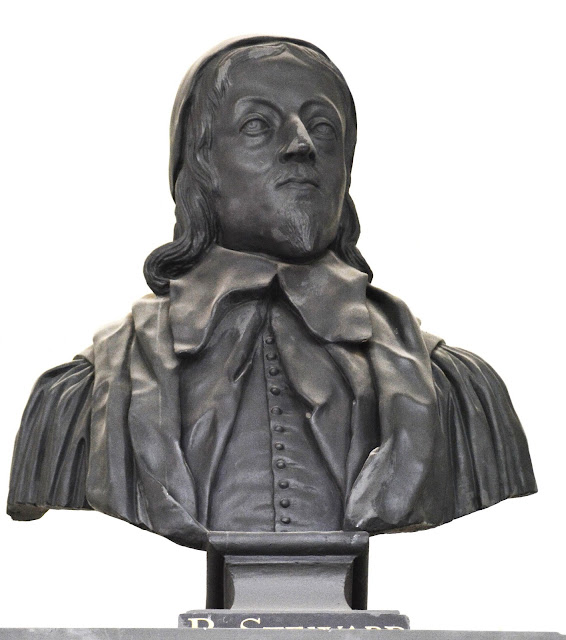 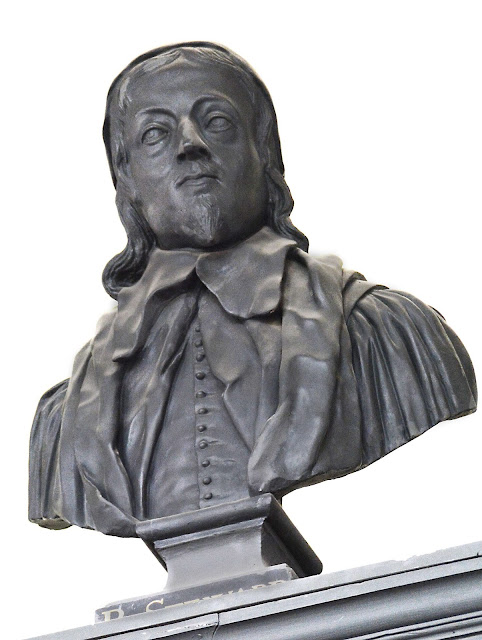 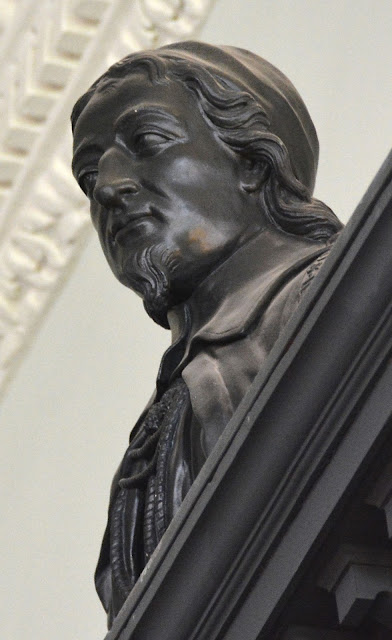 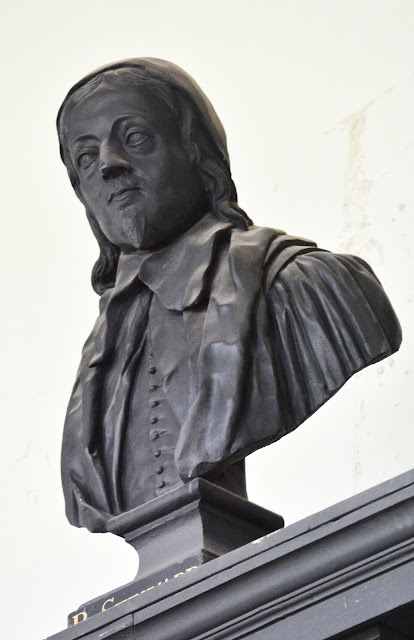 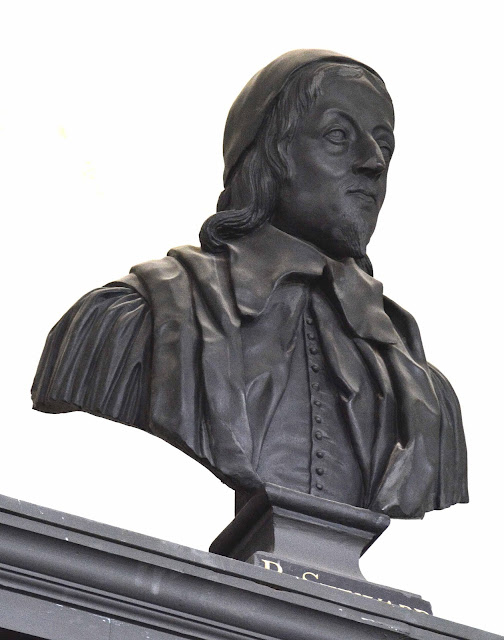 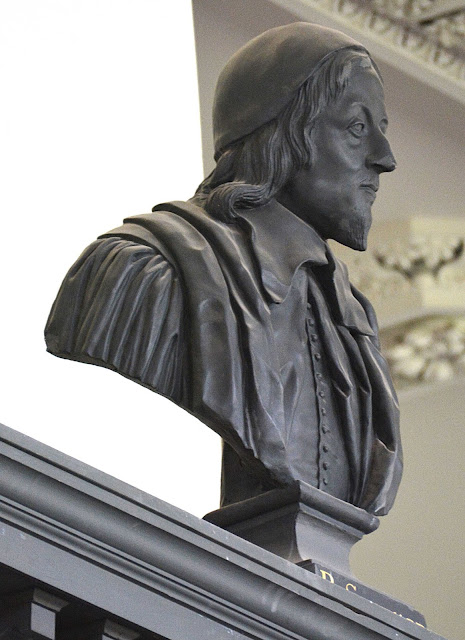 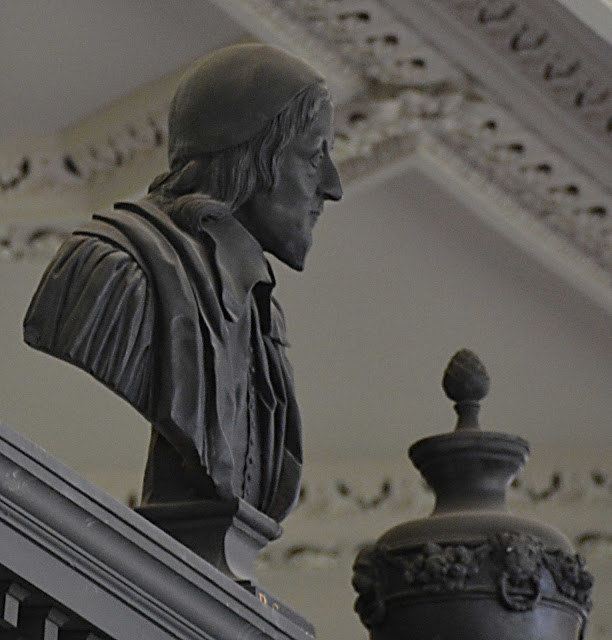 Posted by David Bridgwater at 03:45