George Scharf arrived in England in 1816.

If I had an infinite amount of time on of the first things I would do is to create another blog alongside my other blogs, devoted to the drawings and paintings of George Scharfe.

Probably the finest artist to capture images of an old London that was rapidly disappearing, before the advent of photography, not the great architectural set pieces but a London occupied by real people going about their daily business. 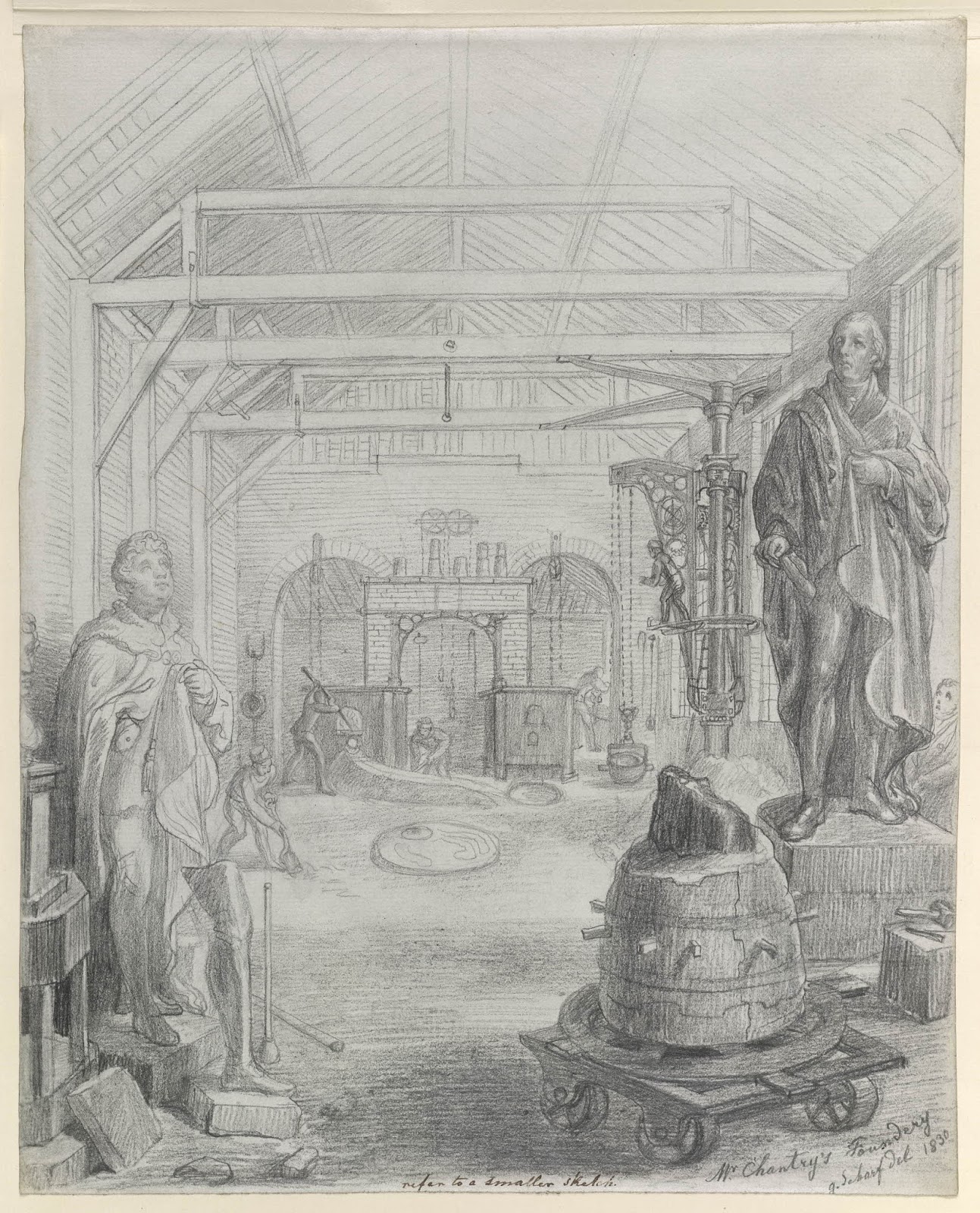 Showing Statues of William Pitt the Younger and George IV
and a piece mould on the trolley waiting to be dismantled.
George Scharf
Graphite Drawing
291 x 234 mm
1830.
British Museum.

I will post on bronze founding in England in the 17th and 18th Centuries in due course.

In the meantime I have touched on the subject here -

Posted by David Bridgwater at 06:12