Perhaps after an original by Roubiliac
Westminster School.

This post is part of an ongoing investigation into the 17th and 18th Century Portrait Sculpture at Oxford and Cambridge Universities.

Readers of this blog will know that I have recently posted extensively on the lead bust of Locke by John Cheere at the Bodleian Library and the marble bust by Edward Hodges Baily at Magdalen College, Oxford.

I will be posting shortly on the bust of Dr Richard Busby and Inigo Jones also at Westminster School in the near future. 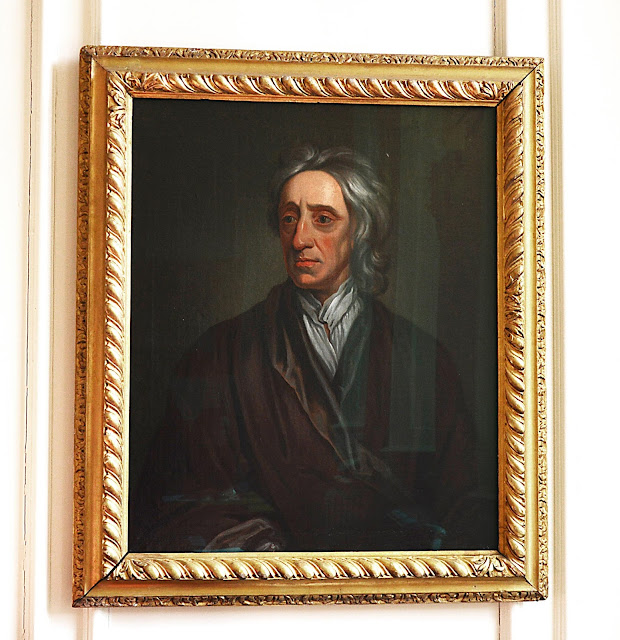 Until the bust of Locke, sold at Sotheby's Lot 148 23 March 1971 (below) reappears this will be my last post on the subject of the portrait sculpture of John Locke. 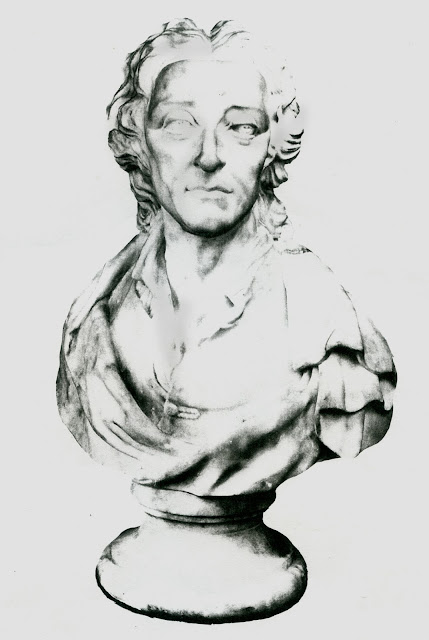 It should be noted that the quality of this missing bust is somewhat finer than the other versions of this bust at Kelvingrove Museum, Glasgow, the bust of Locke noted in the collection of Harte Kingston upon Thames in 1987 (info and photograph  in the Heinz Archive, NPG), and the Westminster School bust depicted below.

Particular note should be taken of the quality of the cutting of the eyes and the stitching on the button holes plainly visible on the Sotheby's bust.

For much more on the busts of John Locke by Guelphi, Rysbrack, Scheemakers and their reproduction by John Cheere see link below and it's the following posts.

As the  Bodleian lead, bust probably by John Cheere (above right) and the bronze bust (above middle) which are both copies taken from a version of the Cheere bust, an example in the Wren Library, Trinity College, Cambridge, currently on the London Art market, at first glance the Westminster marble is an impressive bust but close inspection would suggest that, as those two busts above, it is a coarser version of an earlier (lost or undiscovered) original perhaps by Louis Francois Roubiliac, from which the bust by Edward Hodges Baily which is inscribed  "Copied  by EH Baily from the original by Roubiliac" is derived.

Illustrated below is the Westminster School bust alongside the lead and plaster busts here ascribed to John Cheere of Hyde Park Corner.

Cheere appears to have adapted busts of several famous busts by contemporary sculptors such as Roubiliac, Rysbrack and Scheemakers to produce his own versions - he seems to have been especially fond of adding embroidered waistcoats popular at the time - these include busts of Alexander Pope, Frederick Handel and Isaac Newton such as those at West Wycombe Park, Buckinghamshire.

As far as we know Cheere only supplied plaster or lead sculpture and did not supply marble busts. 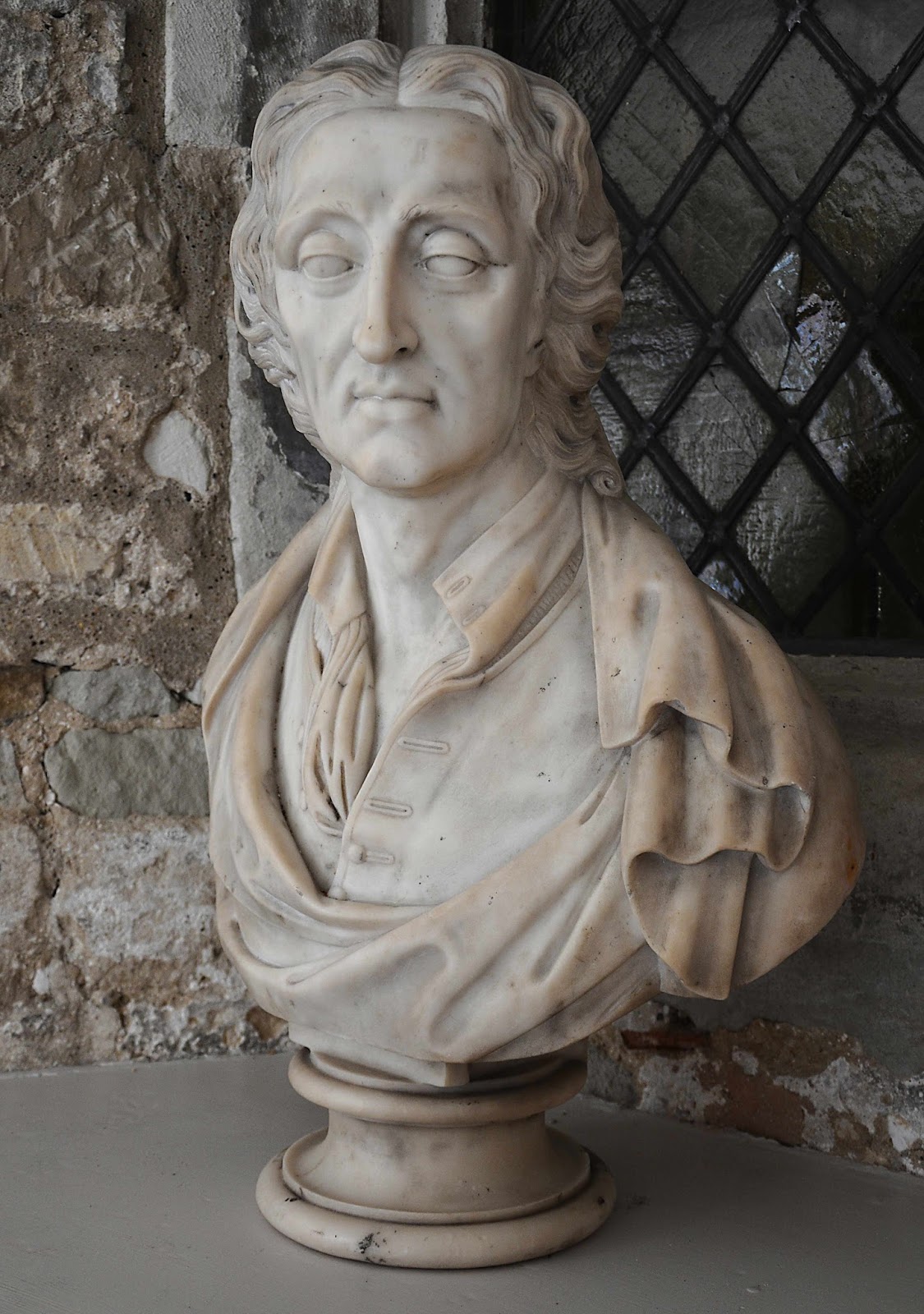 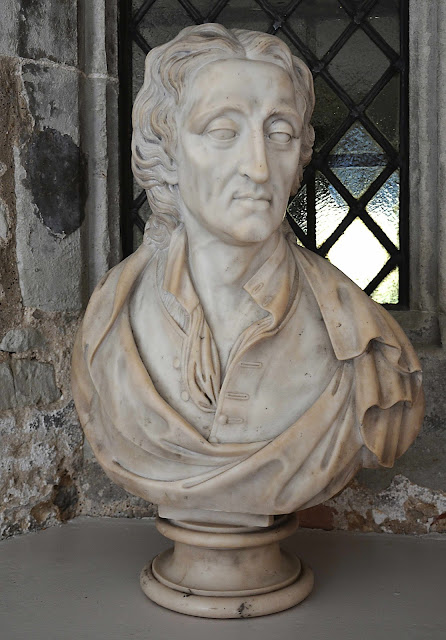 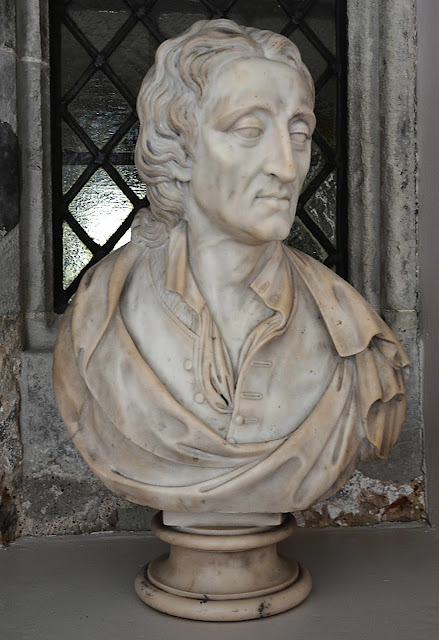 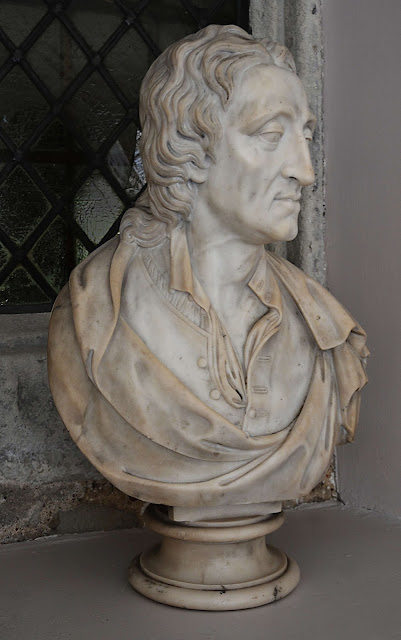 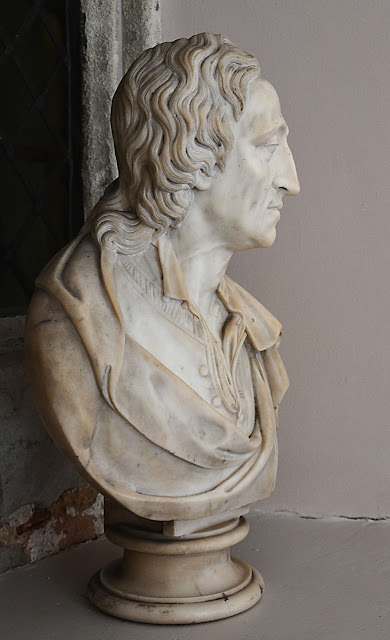 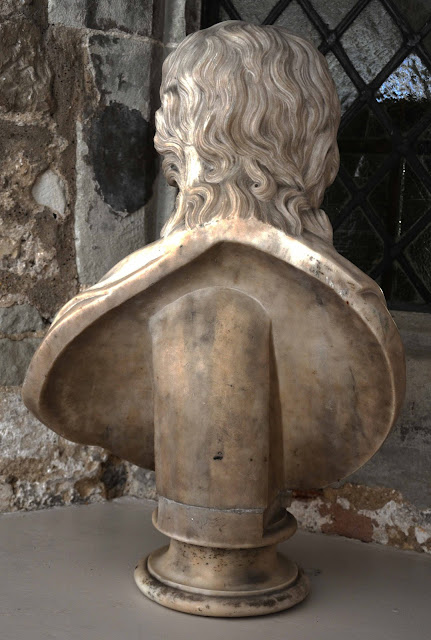 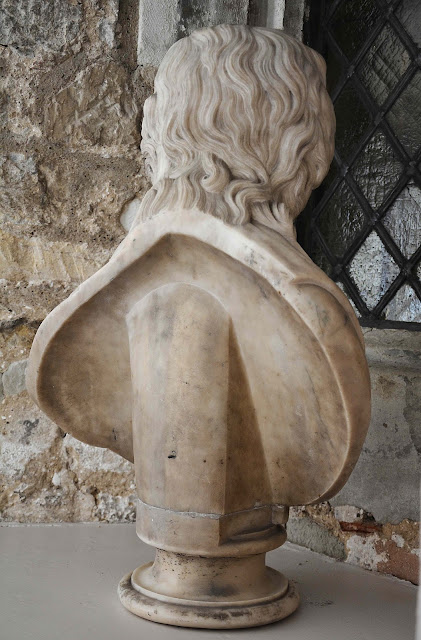 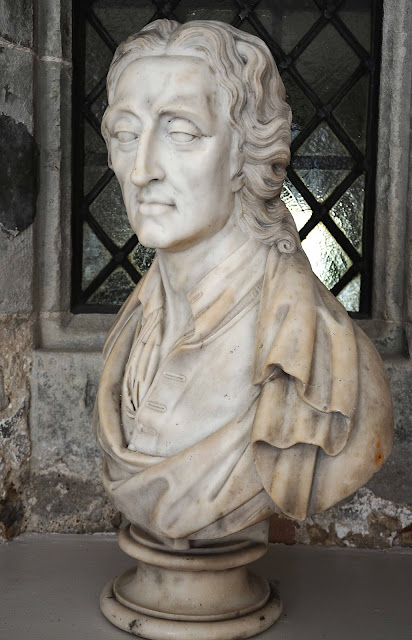 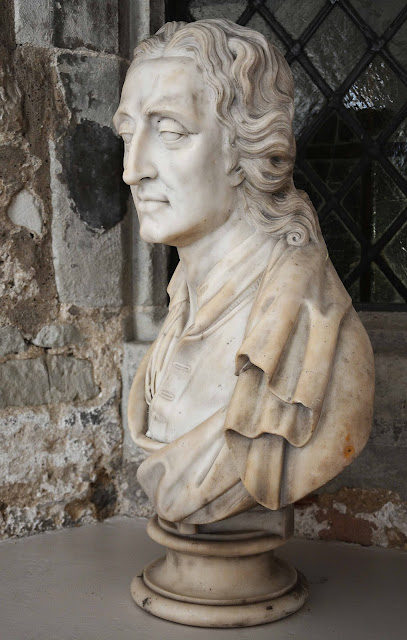 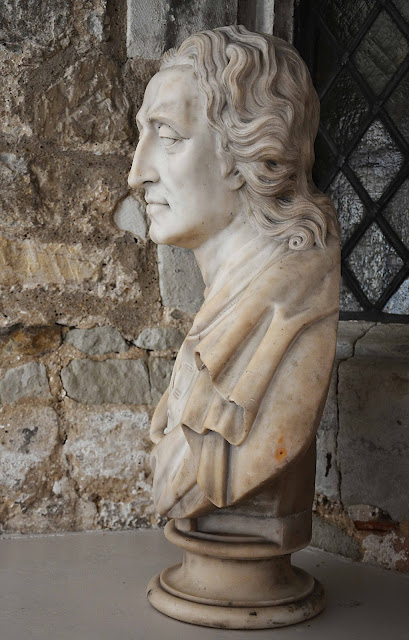 Posted by David Bridgwater at 12:34