What makes these images very interesting is that Vertue gives the source of the original portraits used to create the engravings. The first real attempt to collect together true images of the Kings and Queens of England. 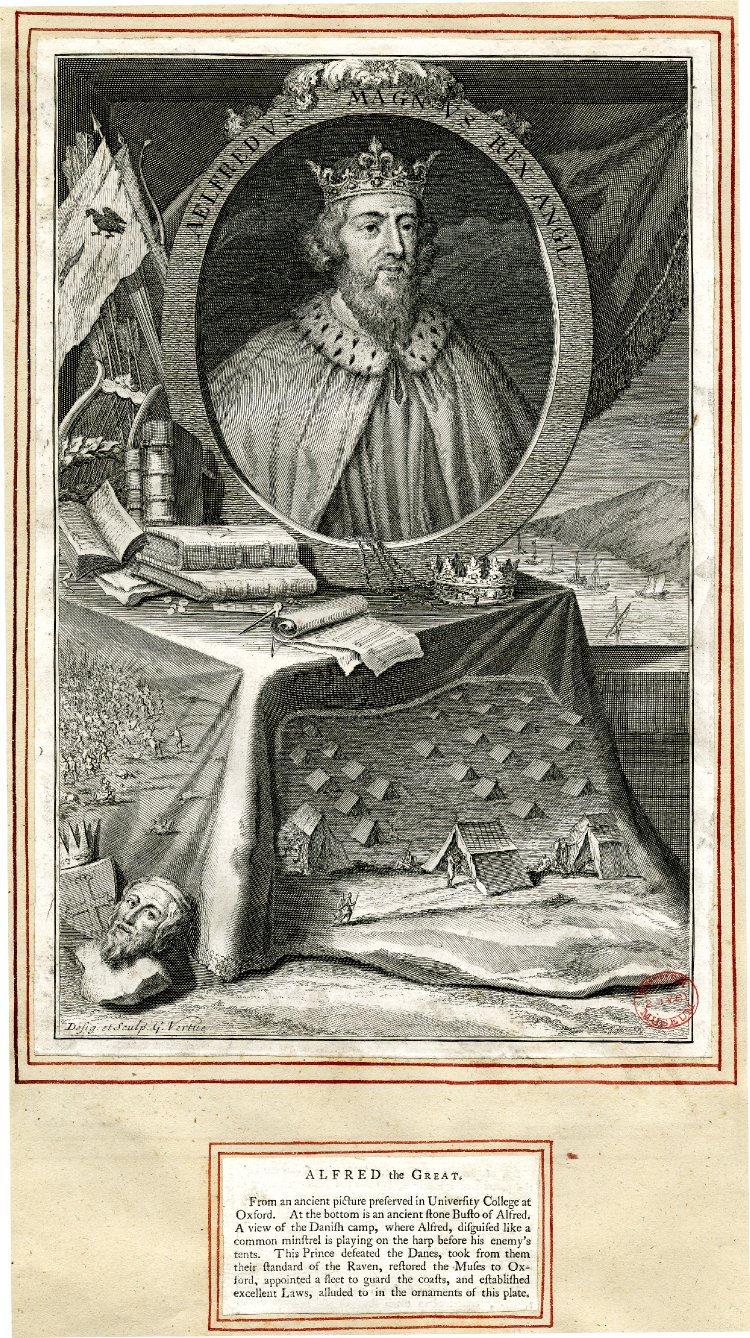 Alfred the Great (849 - 99).
Image derived from a picture at University College which in turn was believed to have derived from an ancient stone bust as depicted in the engraving.
British Museum. 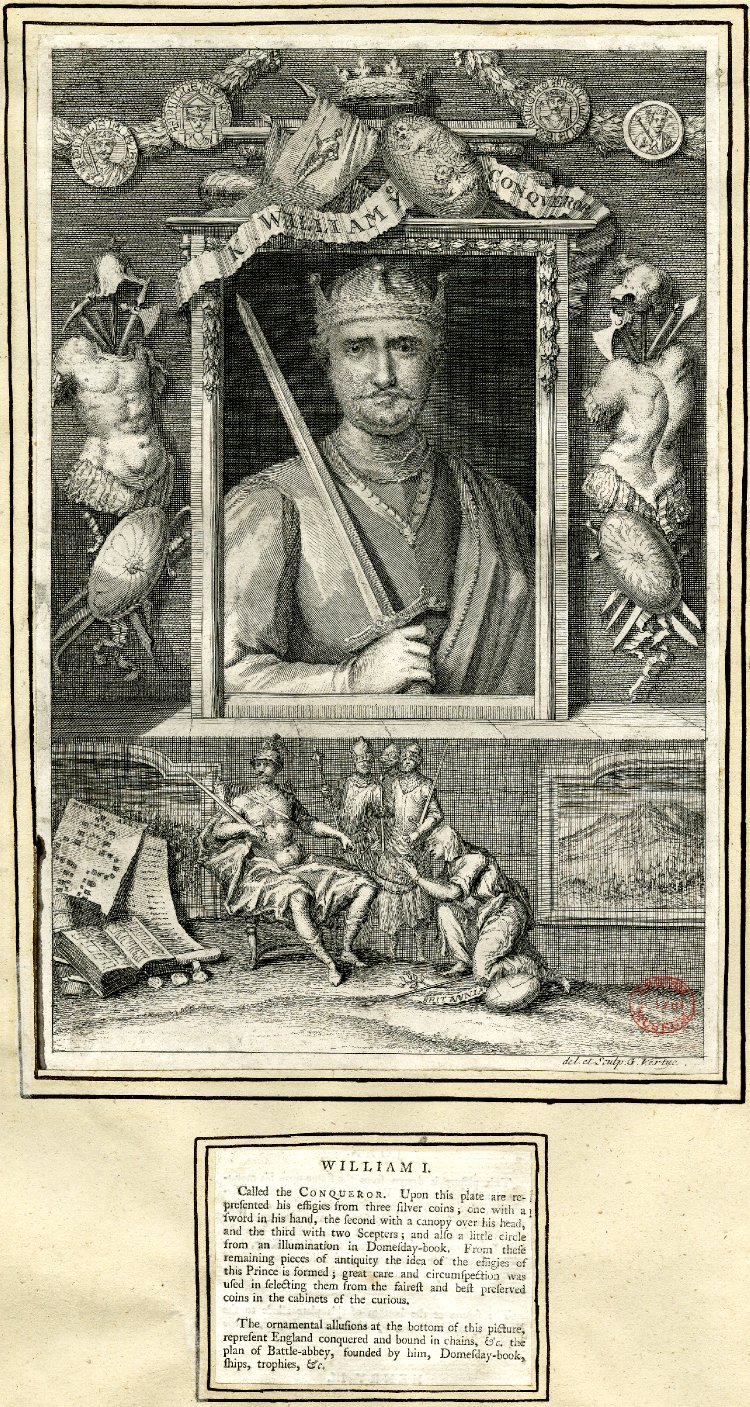 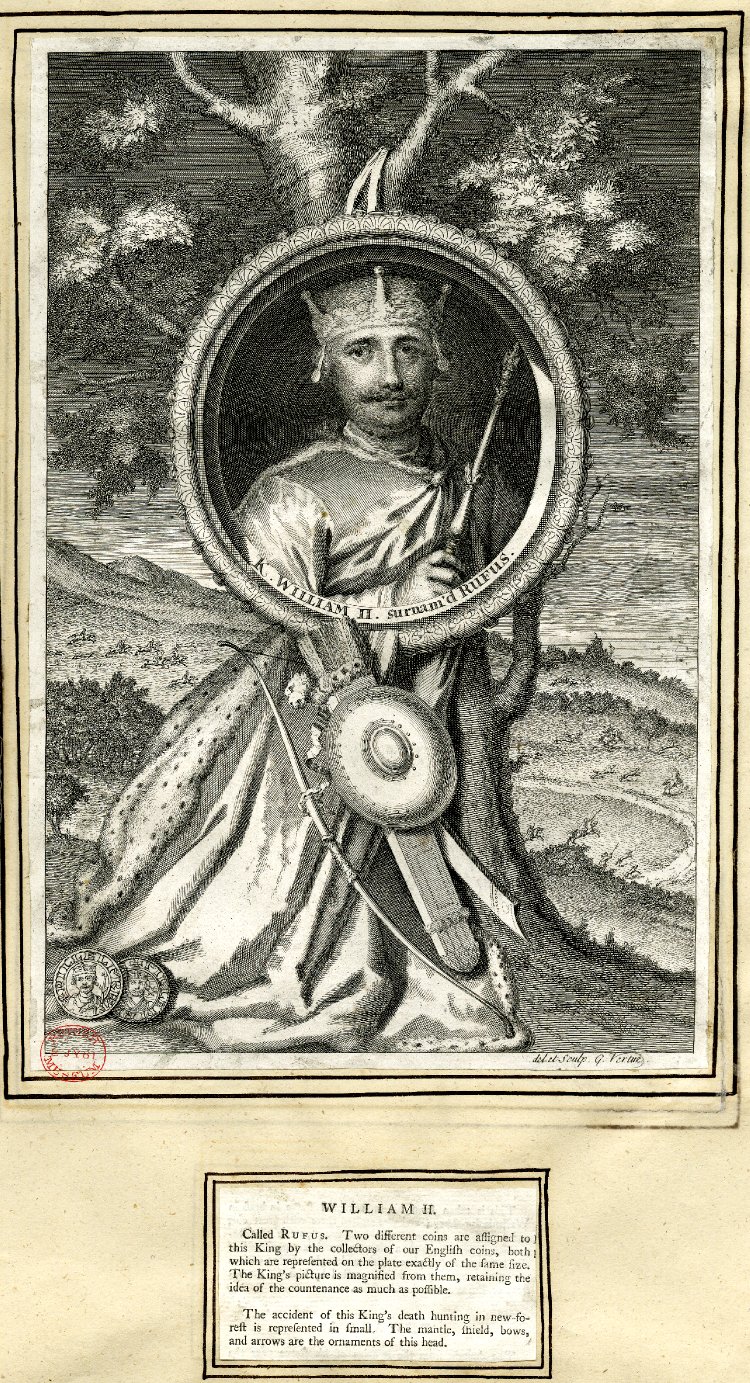 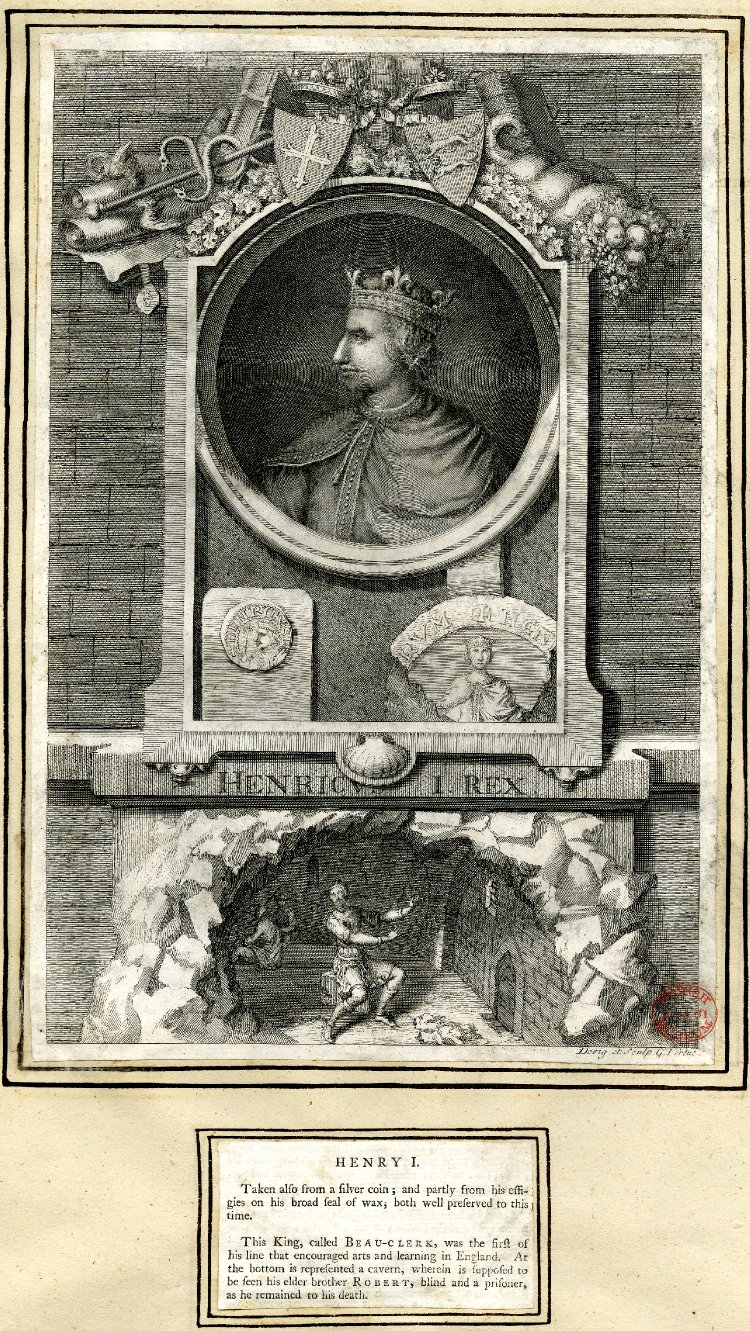 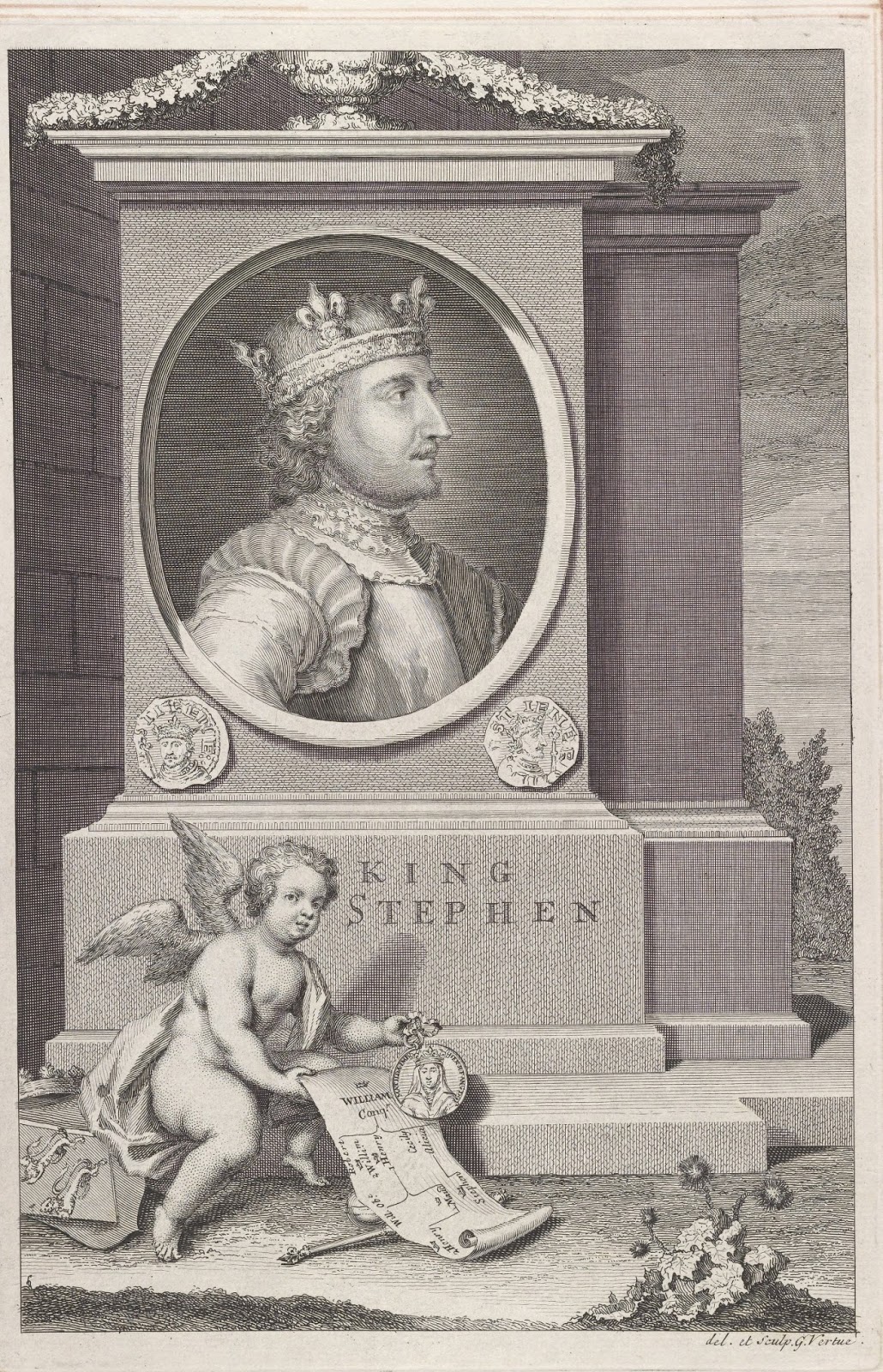 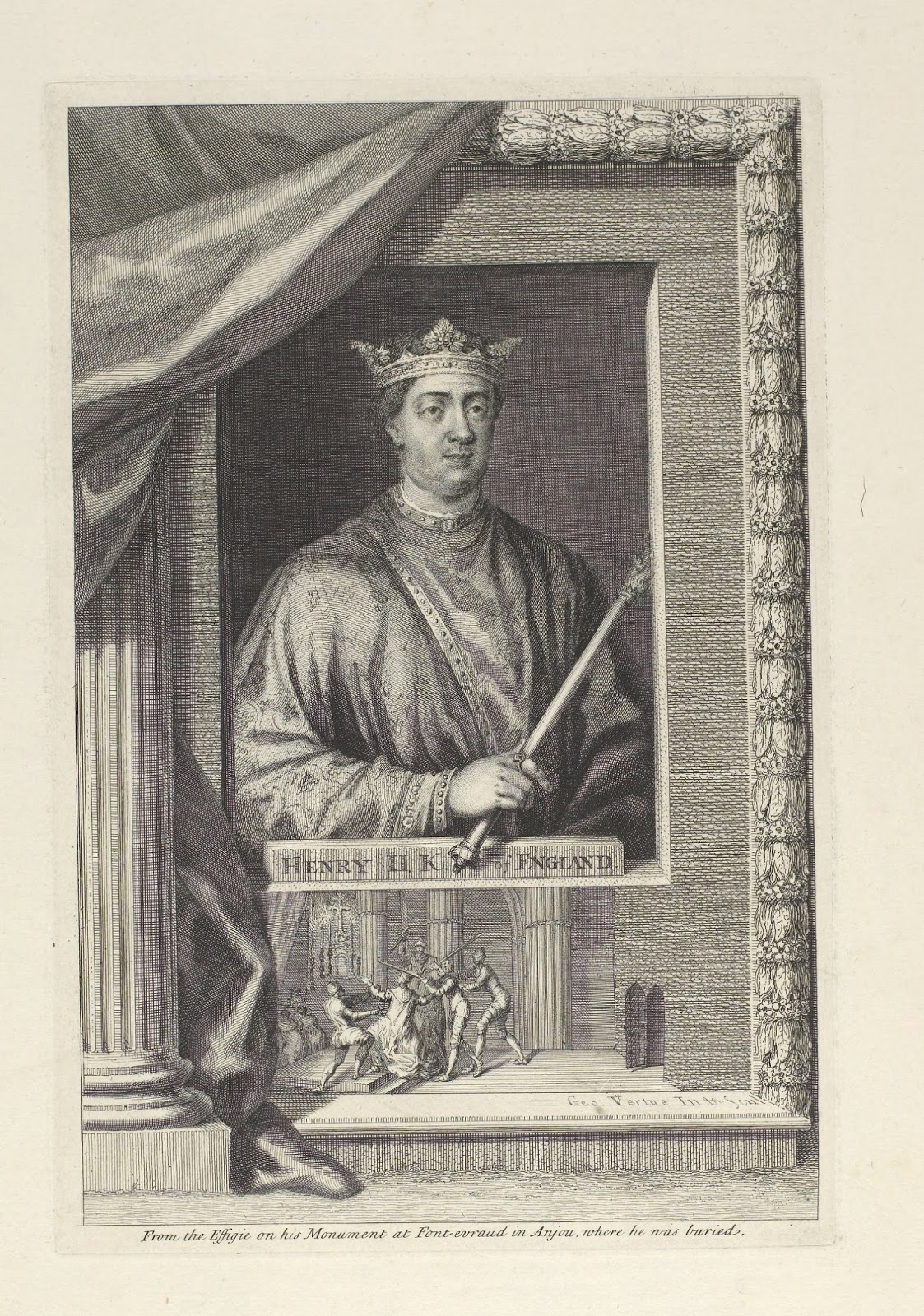 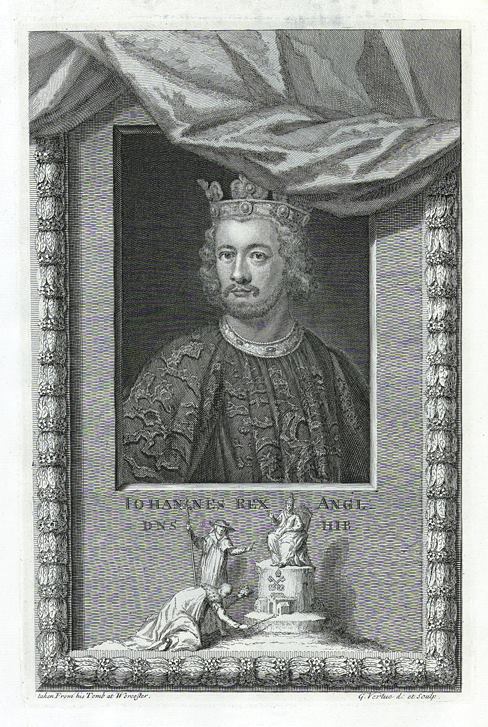 Henry III (1216 -72)
From the Monument in Westminster Abbey.
British Museum. 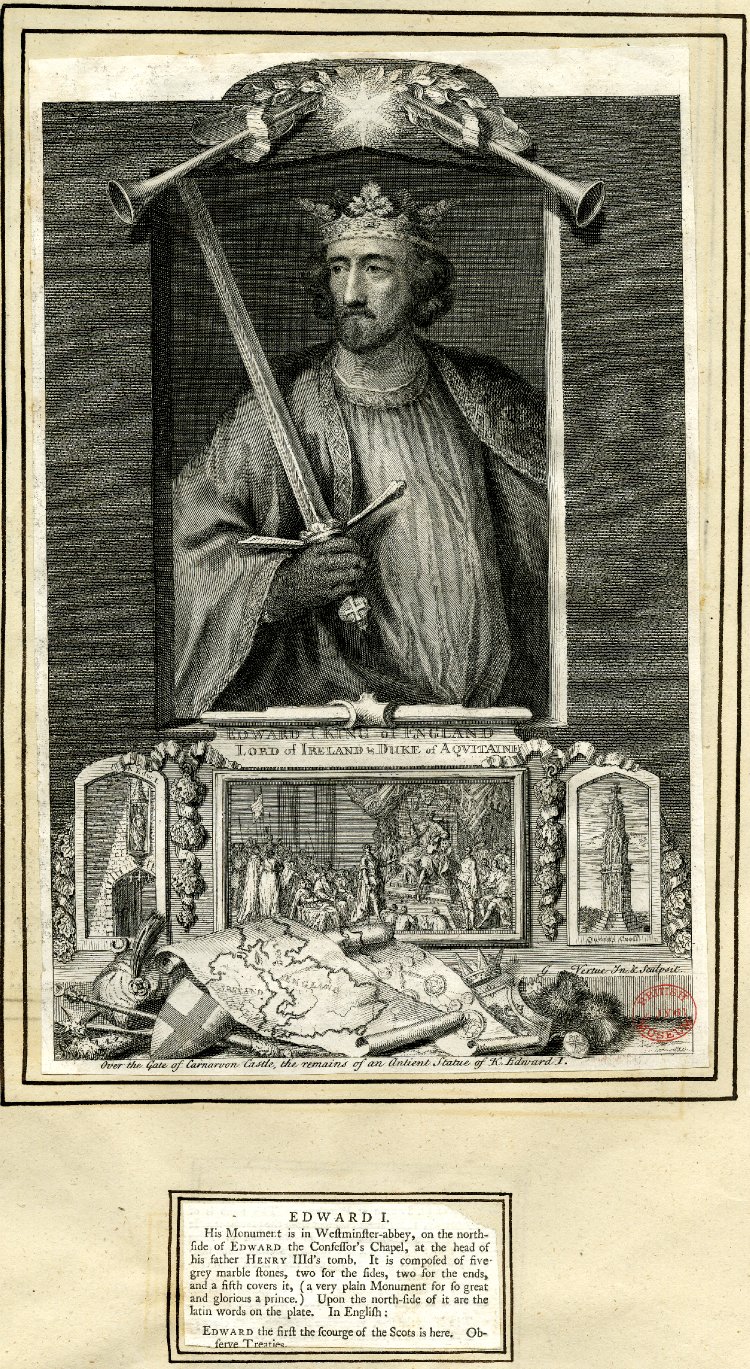 Edward I (Longshanks) (1272 - 1307)
Derived from 'over the castle gate of Carnarvon Castle, the remains of an ancient statue'.
British Museum. 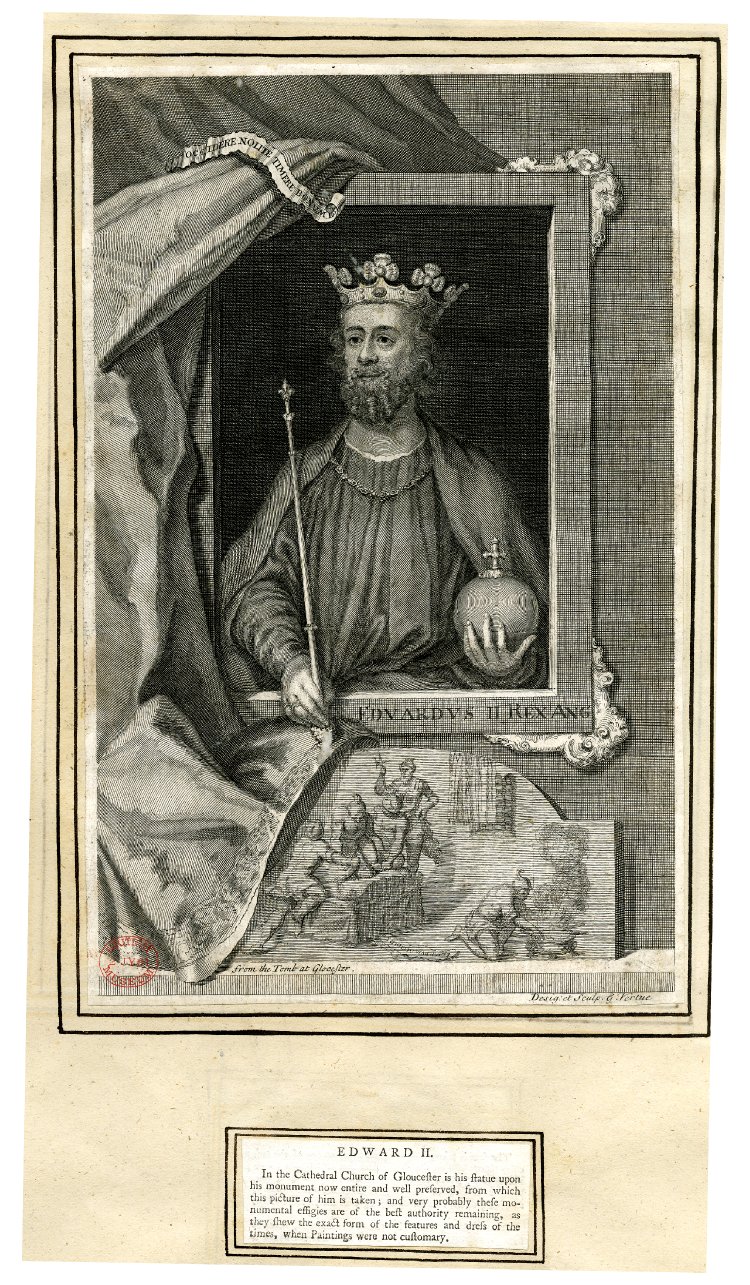 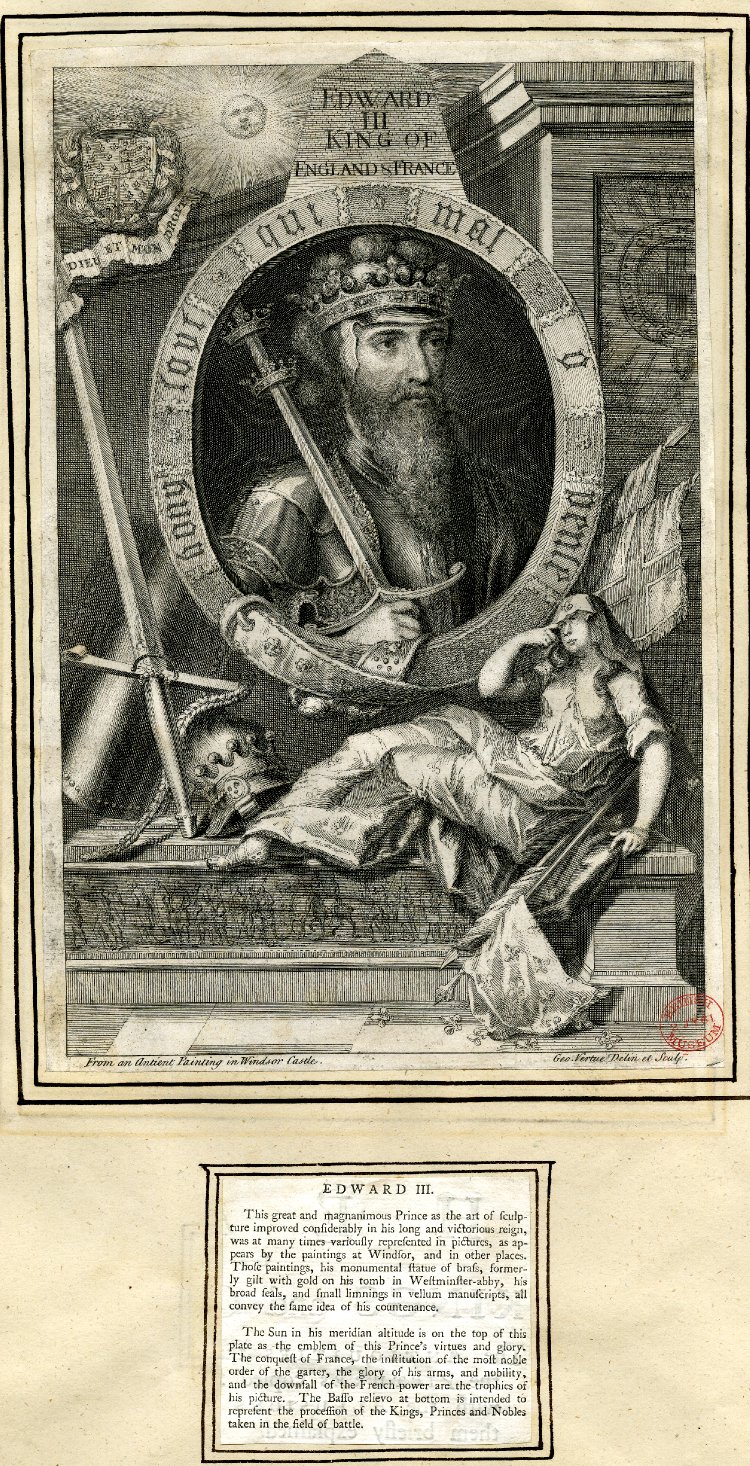 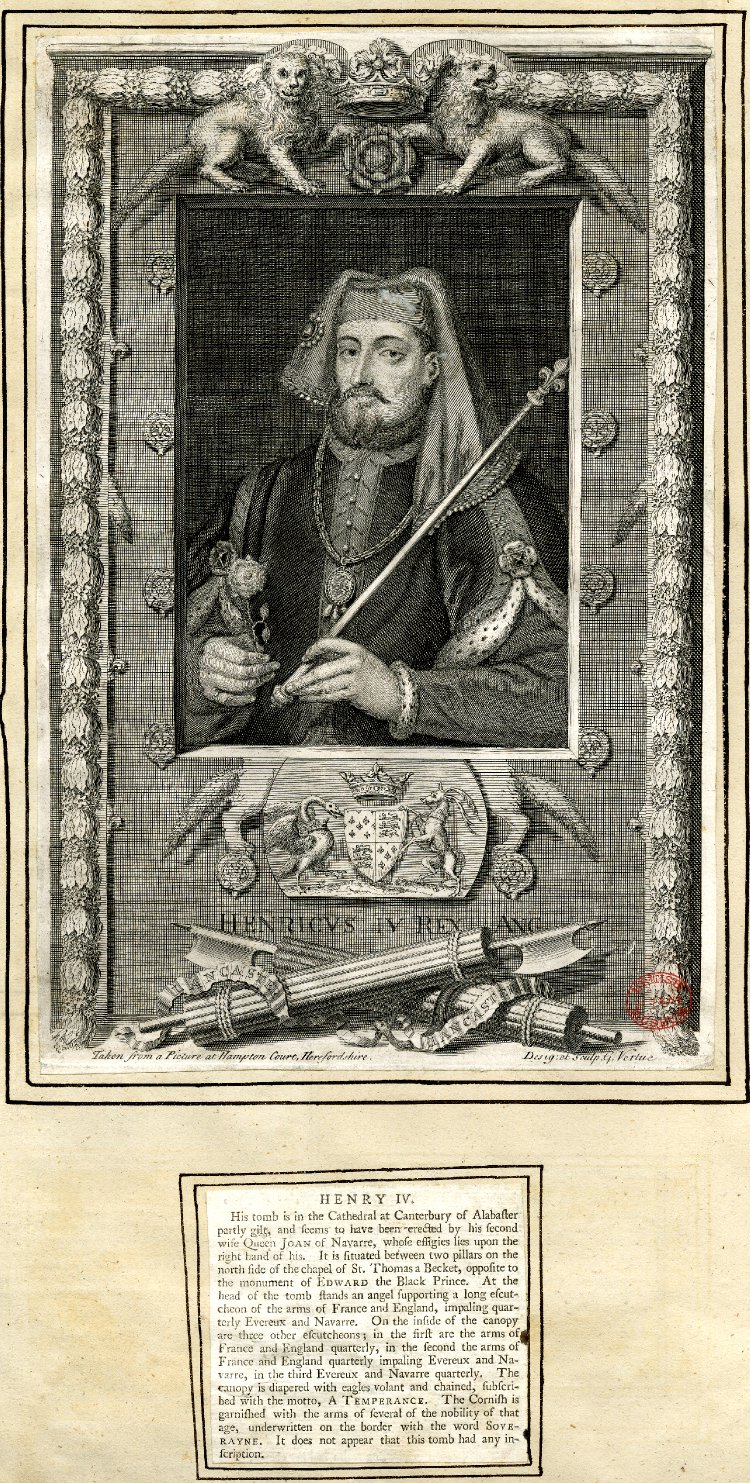 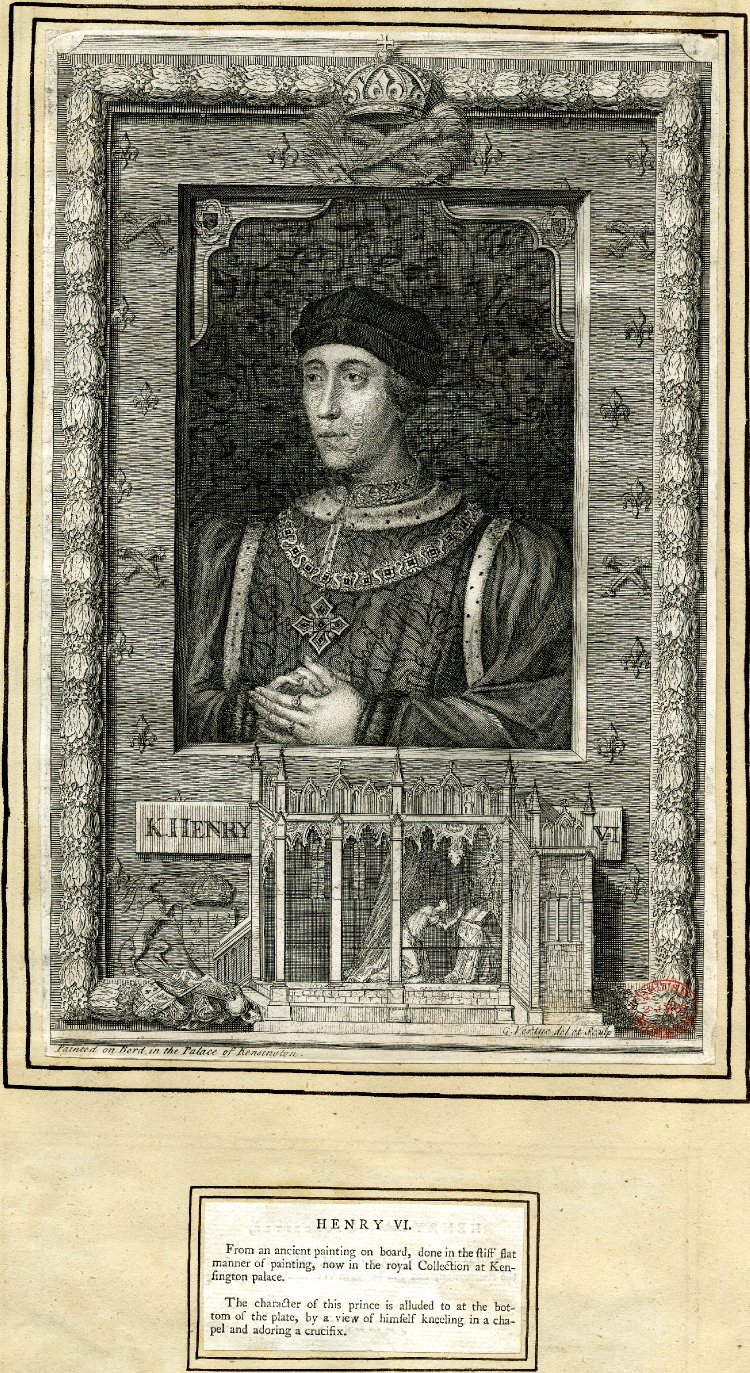 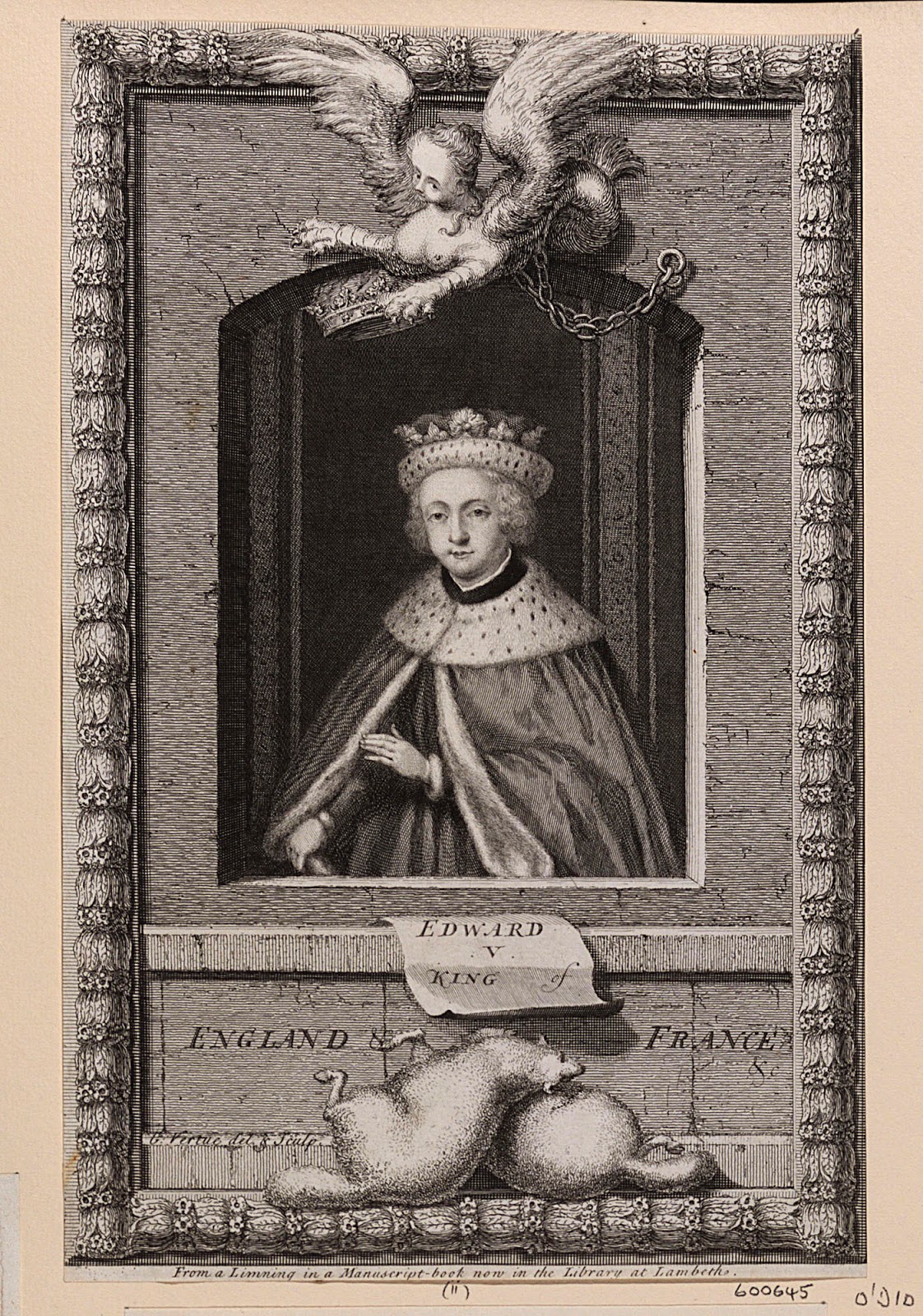 Edward V (1483)
'From a limning in a manuscript book now in the Library at Lambeth'
British Museum. 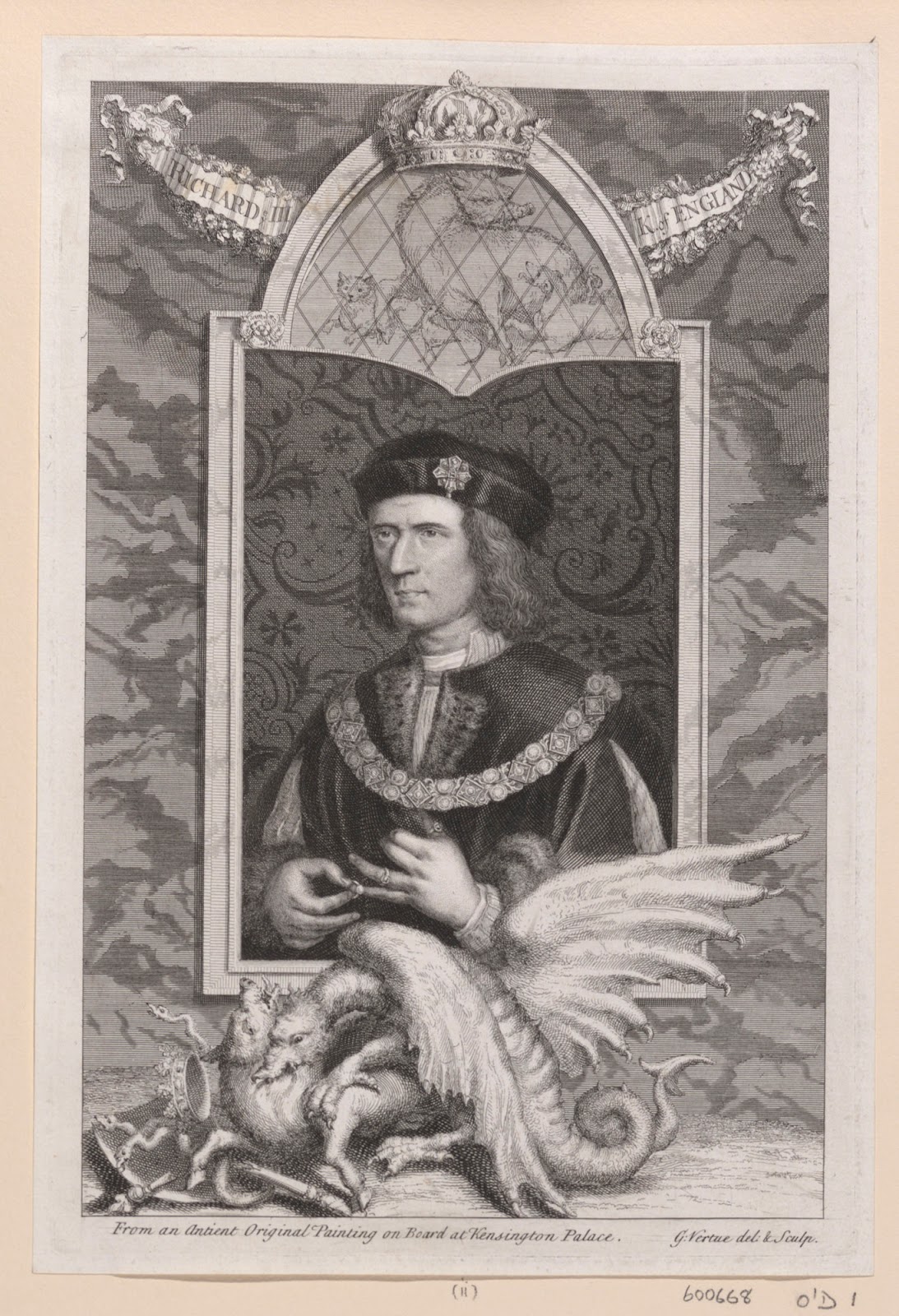 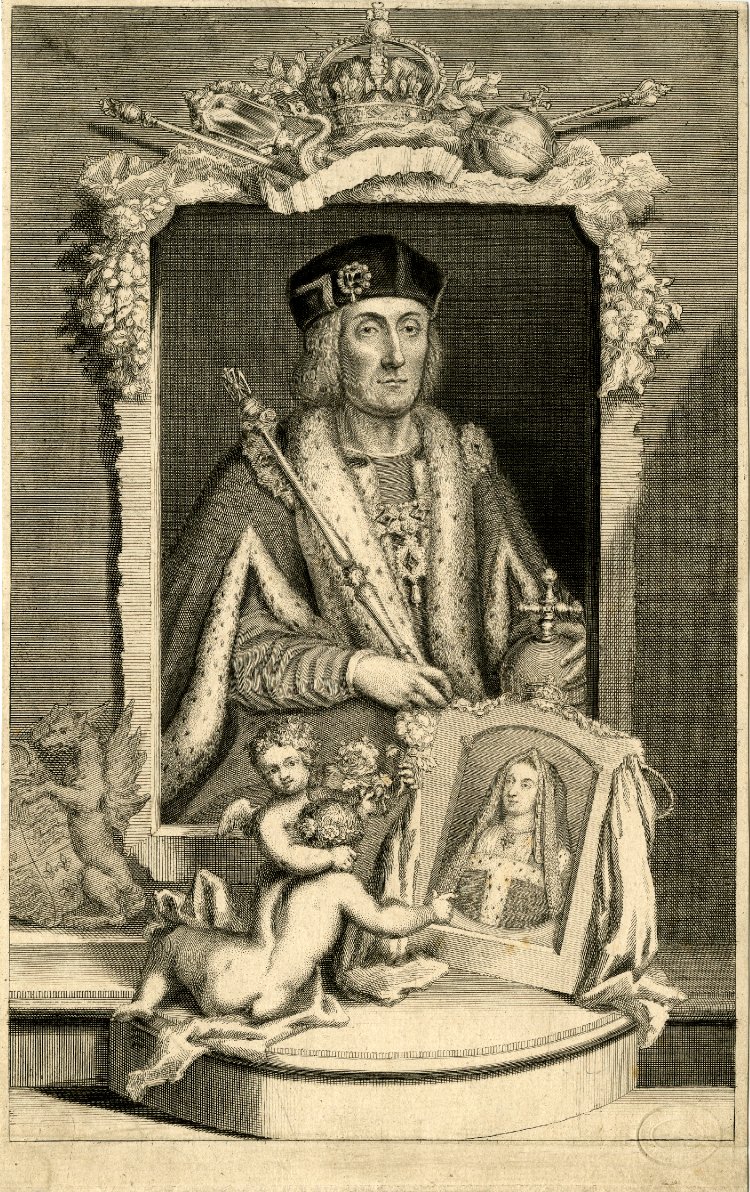 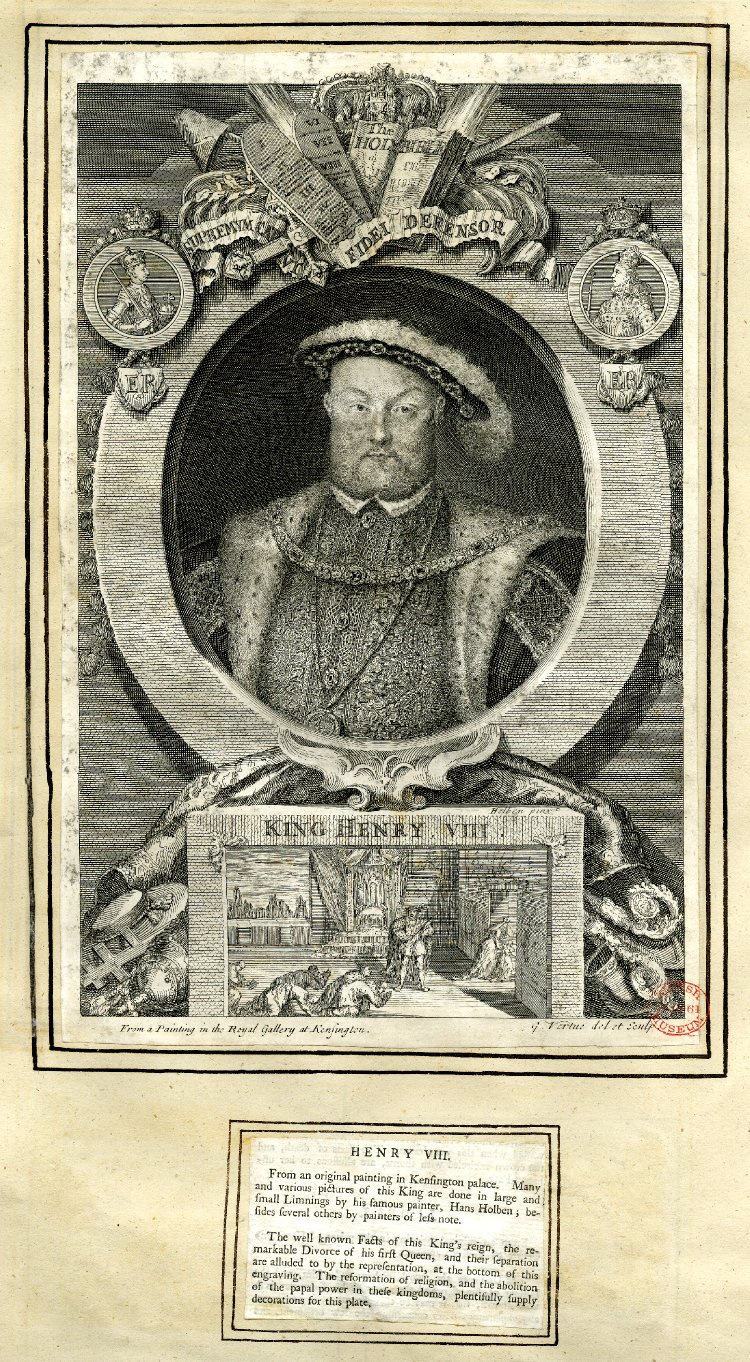 Henry VIII (1509 - 47).
From a painting in the Royal Gallery at Kensington.
British Museum. 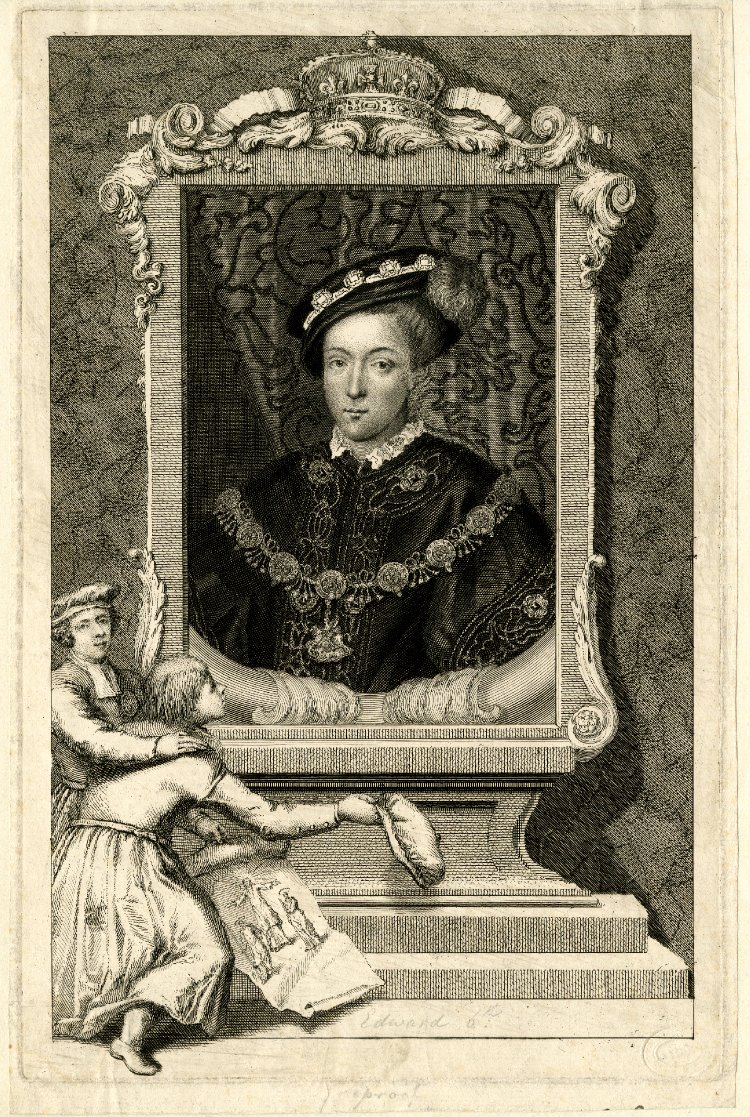 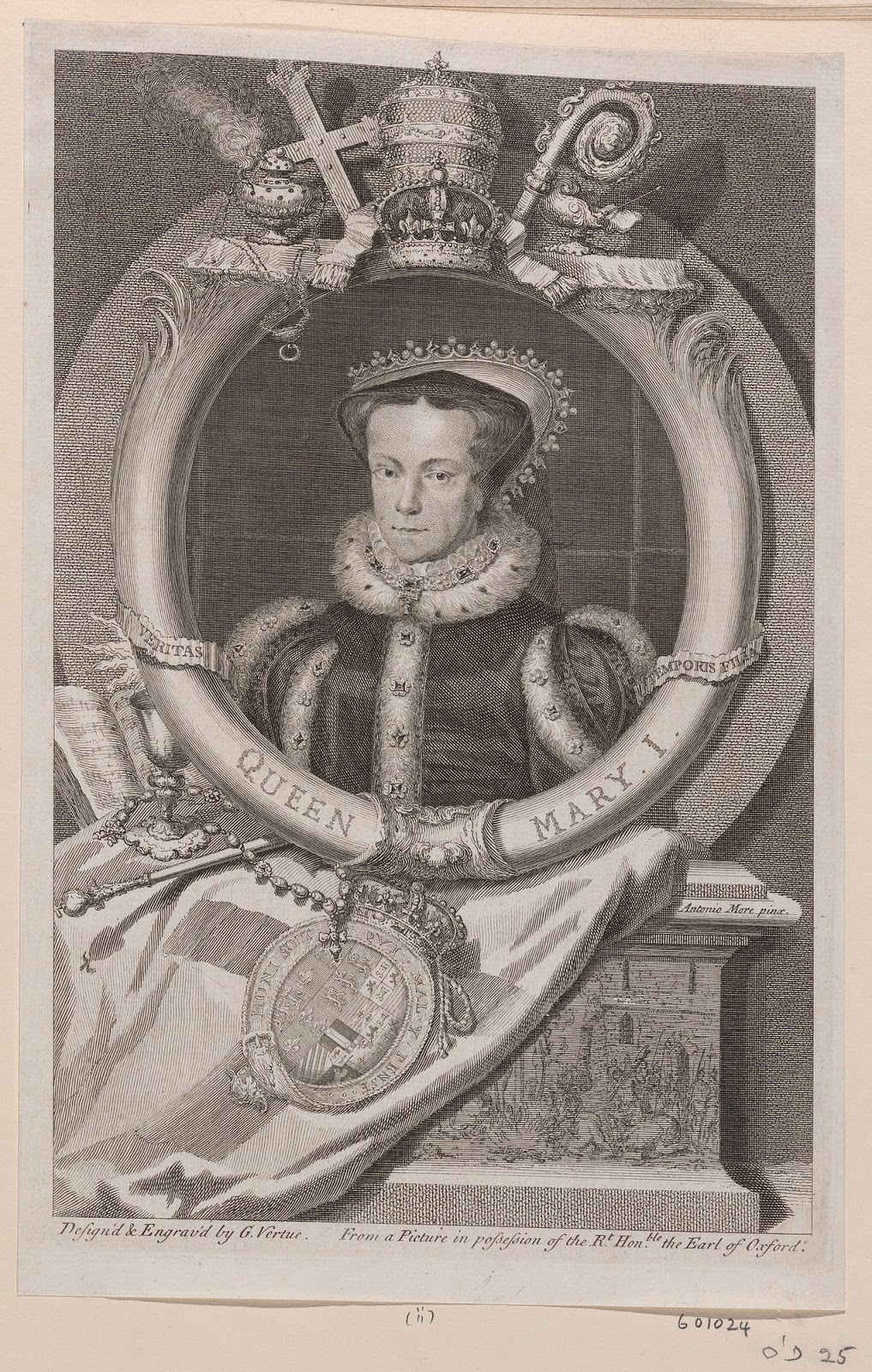 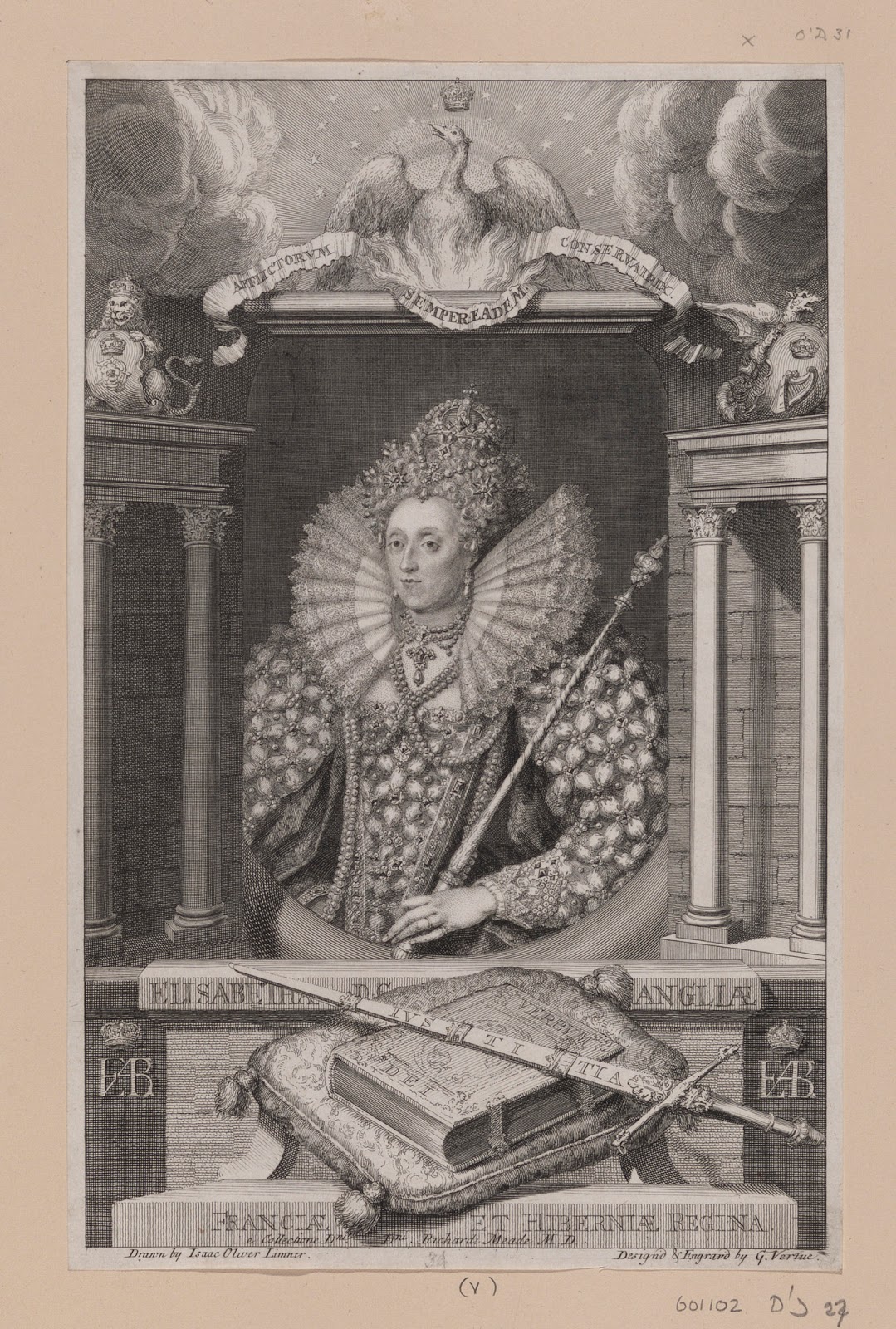 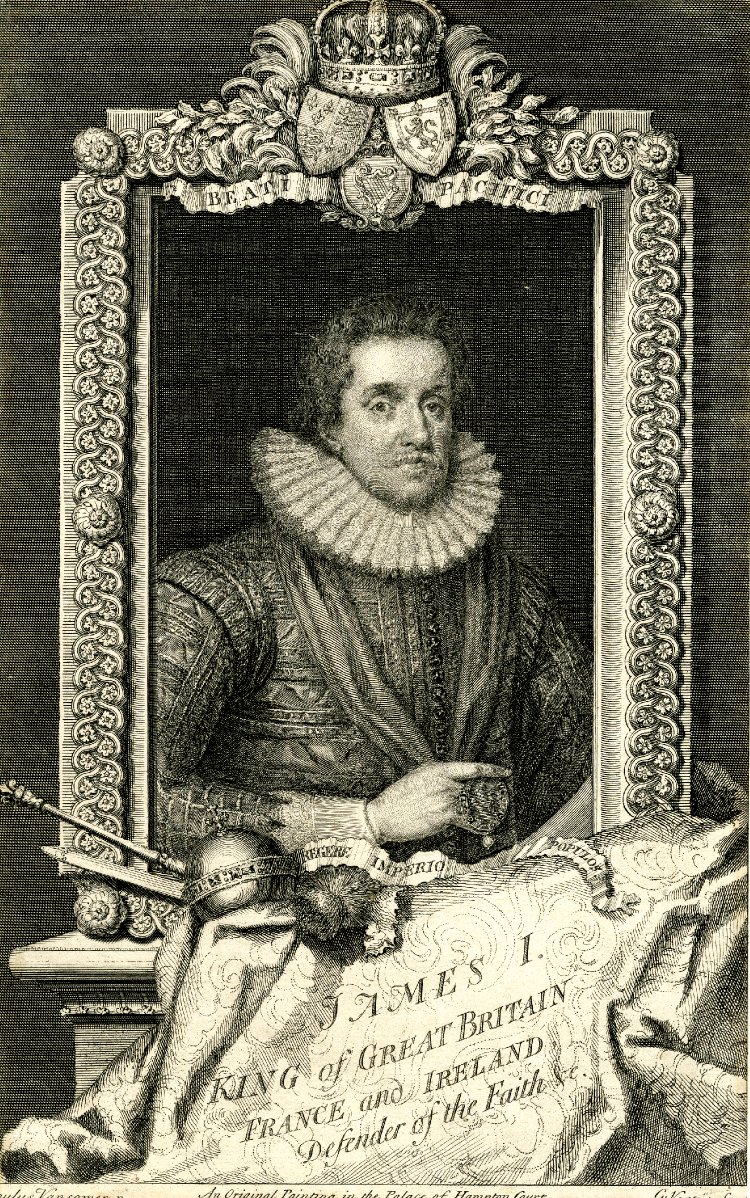 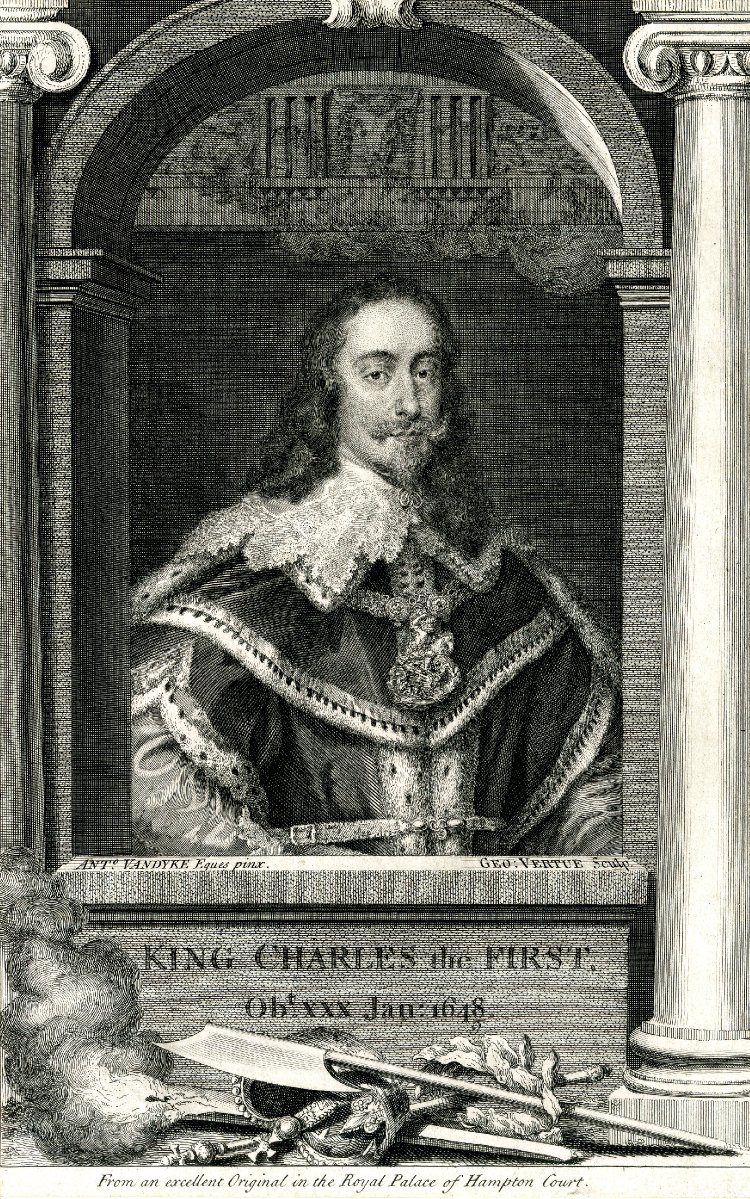