Lead Bust of Matthew Prior

Matthew Prior (1664-1721) was a poet, diplomat and politician, who became a fellow of St John's College Cambridge in 1688. He published translations from Horace and Ovid, and throughout his life wrote poems and essays. Prior was a collector of paintings and prints. 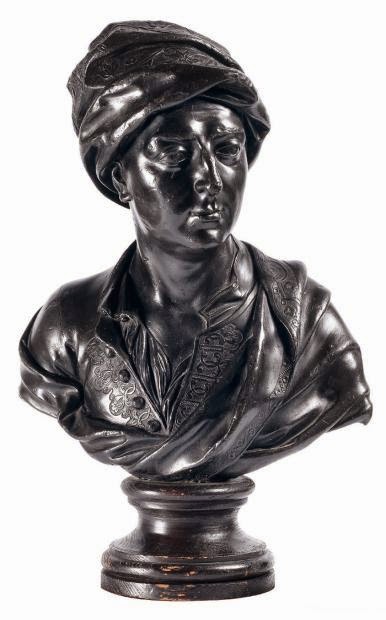 This three quarter life size, lead bust on a turned wooden socle was sold by the Paris auction rooms Fraysse, Lot 193, on 6 June 2012 for 97,000 Euros - a somewhat surprising result - it was estimated at 4 - 8000 euros. It was catalogued as a bust of the painter Hyacinth Rigaud (1659 - 1743) and described as early 18th century, Height: 53 cm Width: 33 cm and probably derived from the famous painting in the Museum of Perpignan, "Self-portrait with a turban" produced in 1698.

This bust is in fact a lead version of a bust of Matthew Prior which was also produced in plaster. 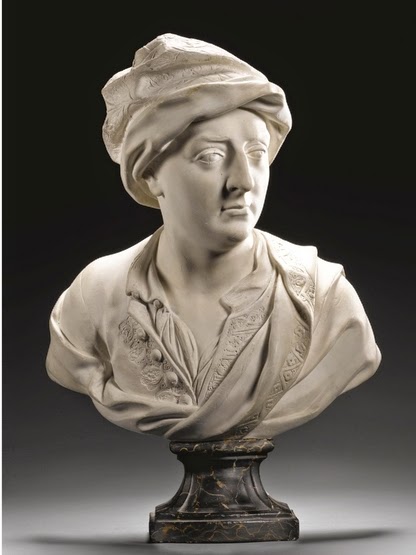 A Three quarter life size plaster bust of Matthew Prior described as probably from the workshop of John Cheere sold at Sotheby's, Bond Street, London 14 July 2010 - 44.5cm., 17½in tall.

There is another version of this bust at the York Museums Trust - currently in deep store and unavailable for inspection or photography until late summer of 2015. The photograph on their website is a very poor, low resolution example (see below), but is still easily recognisable as the Cheere bust of Prior. 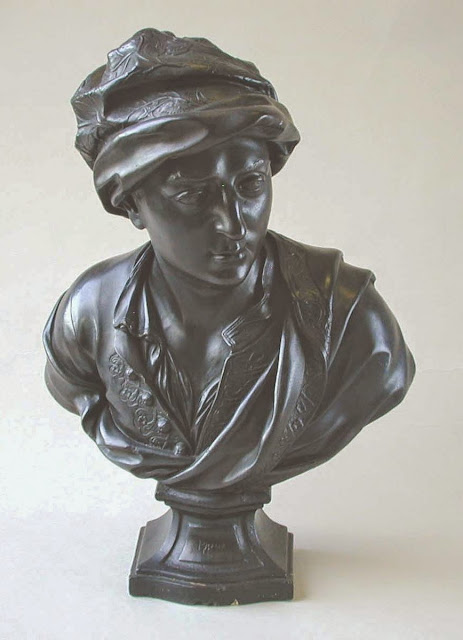 This bust appears to be very loosely based on the bust of Prior on his monument at Poets' Corner in Westminster Abbey, The tomb, designed by James Gibbs, incorporates Antoine Coysevox's bust of Prior presented by King Louis XIV. (below). 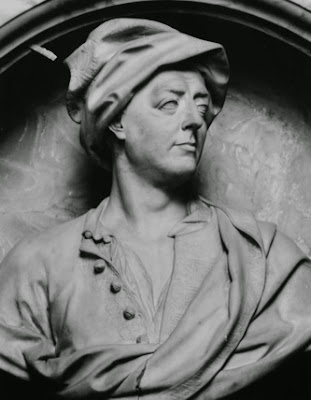 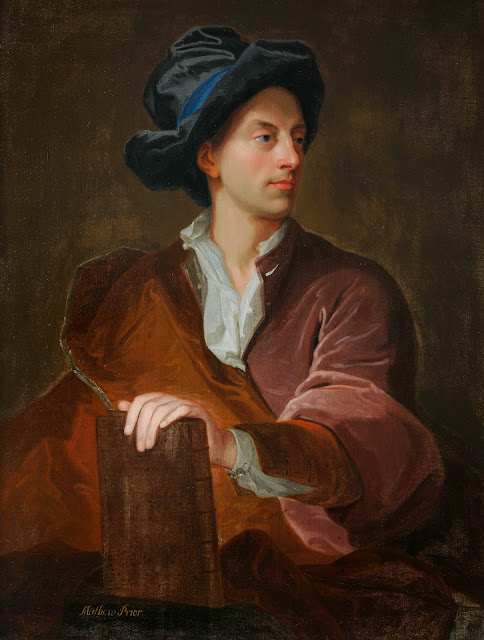 Matthew Prior by Hyacinthe Rigaud (1659 - 1743) at St John College, University of Cambridge. 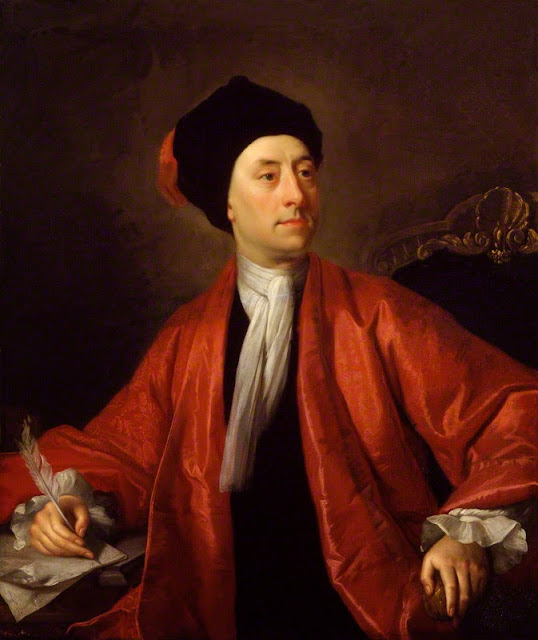 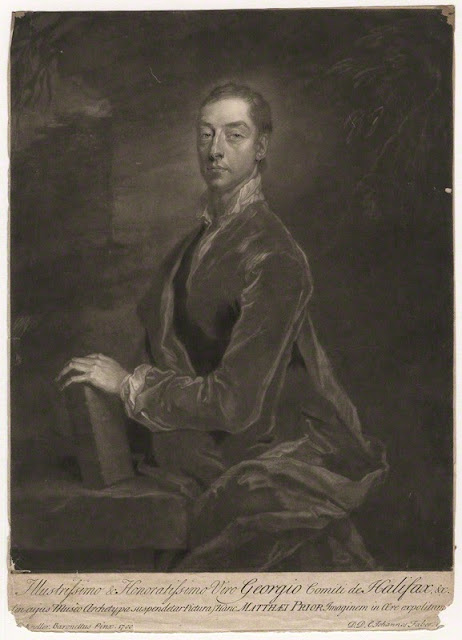 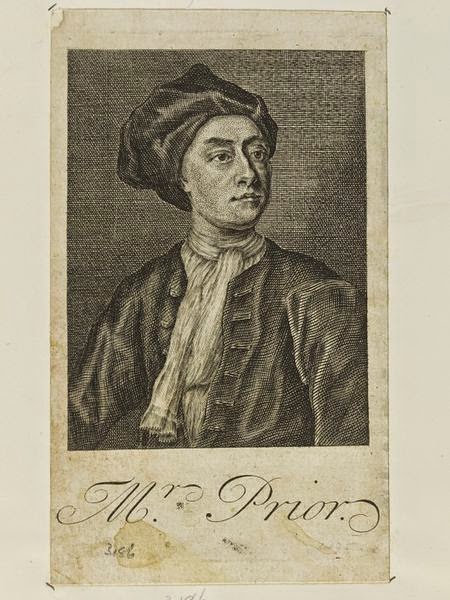 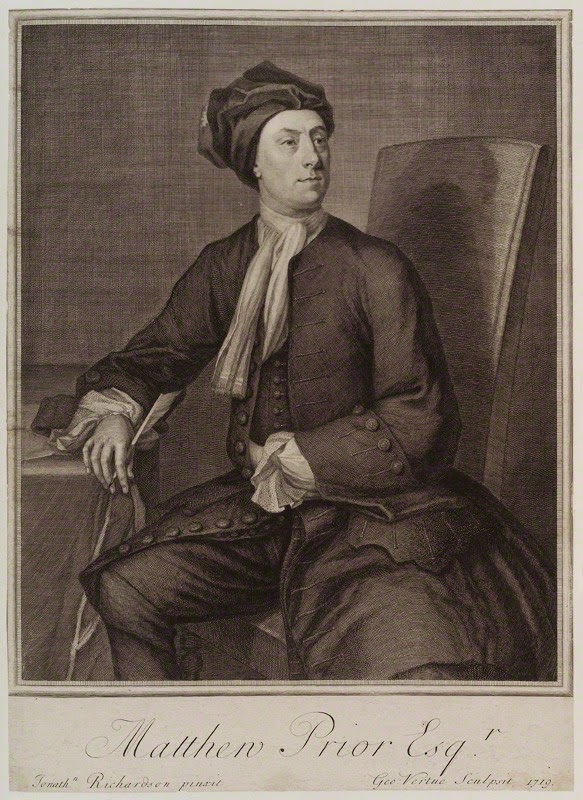 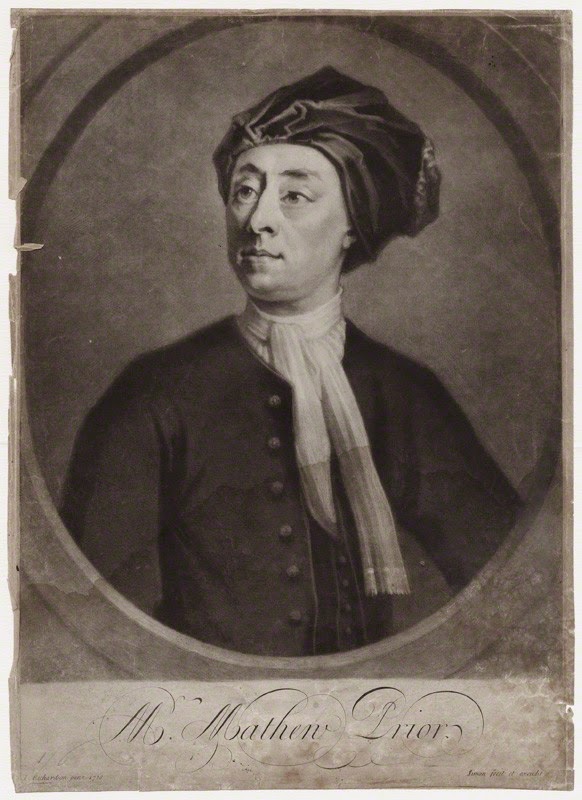 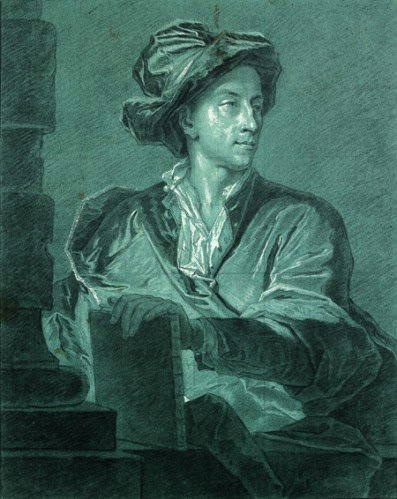 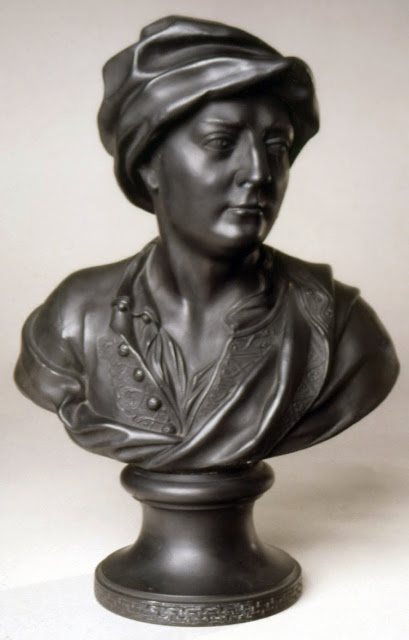 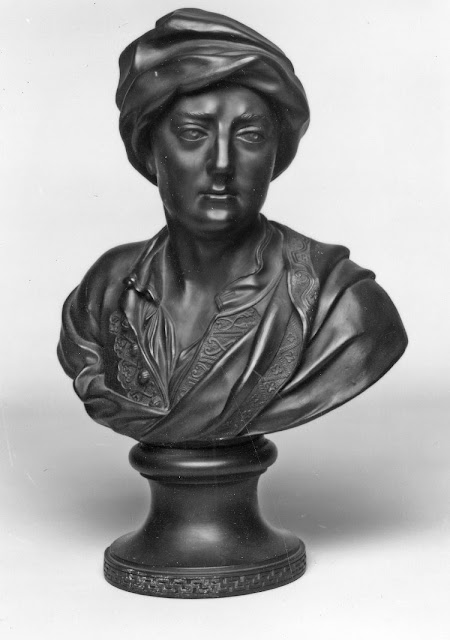 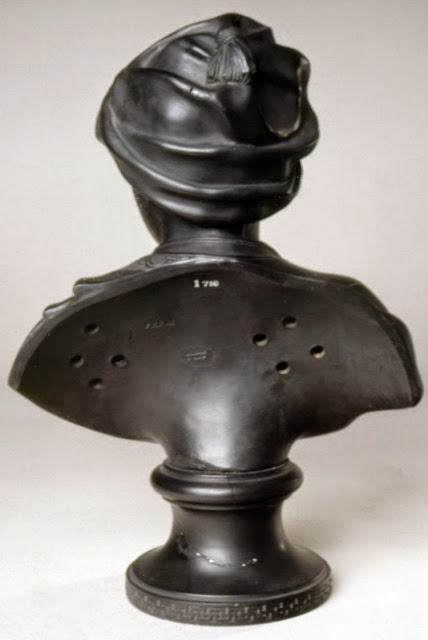 The original plaster supplied to Wedgwood & Bentley in 1775 by Hoskins and Grant is in the Wedgwood Museum, Barlaston (4592).

For the first in depth work on the plaster statuary of John Cheere see the exhibition catalogue of 1974, Leeds, Temple Newsam and Marble Hill House Twickenham.

The Man at Hyde Park Corner - 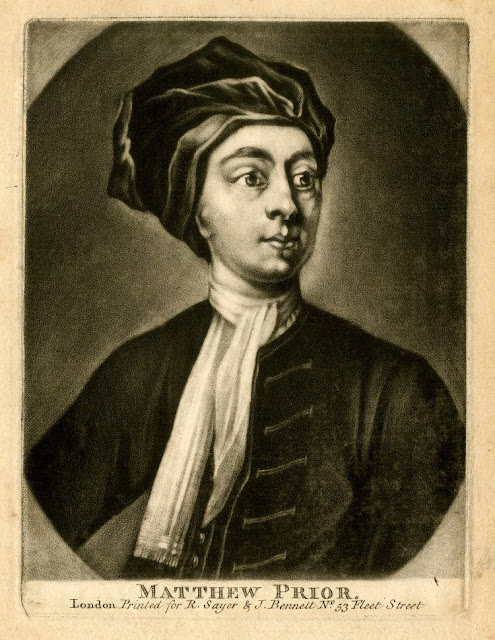 Posted by David Bridgwater at 11:40