This is the second showing of the exhibition having  originally appeared in a different form  at  the exhibition at the Yale Centre for British Art in New Haven from 20 February to 19 May 2014.


It was prompted by the purchase at Sotheby's New York, lot 355 on 26 January 2012 of the marble bust of Pope by Lord Rothschild, thus reuniting it with its pair - the bust of Isaac  Newton.


These two busts were separated after having been purchased at the Poulett Sale of the contents of Hinton St George in 1968. Bought by dealer Cyril Humphries of Bond St. London, and sold in 1969 to Armand G. Erpf. of New York. On his death in 1971, they passed to his widow who became Mrs Gerrit P.van de Bovenkamp.


The Newton bust next appears without the Pope at Sotheby's New York - Benjamin Sonnenberg sale, Lot 391, on 5 June, 1979, where it was bought jointly by 14, St James Place and Cyril Humphries. The Newton is now in the Collection of Lord Rothschild.


It is my opinion that this version is the best of the Roubiliac busts of Pope. It has not been over cleaned and appears to retain much of its original surface. It is very similar to the Yale bust but is slightly longer and closer to the Barber terracotta. The bulging vein visible behind his right collar bone is a remarkably realistic touch.


The Rysbrack bust of 1730 from the National Portrait Gallery.


The Roubiliac terracotta bust  of c. 1740 from the Barber Institute. 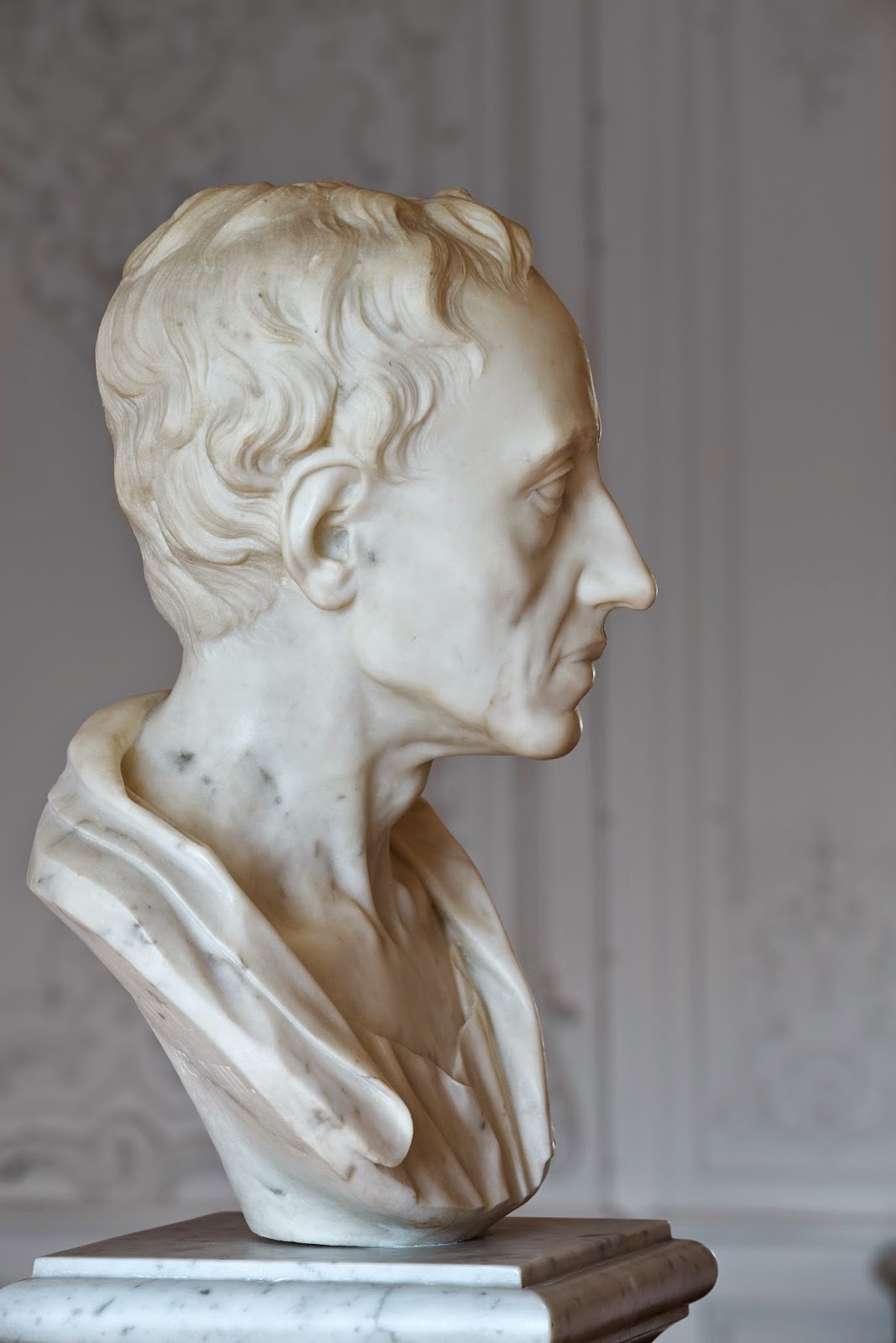 The Shipley/David Garrick ad vivum marble bust with a very badly chosen, over scale square socle - it must surely have been possible to make a replacement of the correct proportions - after all the plaster version from Felbrigg Hall which is a direct cast of this bust was also included in the exhibition. (illustrated above). 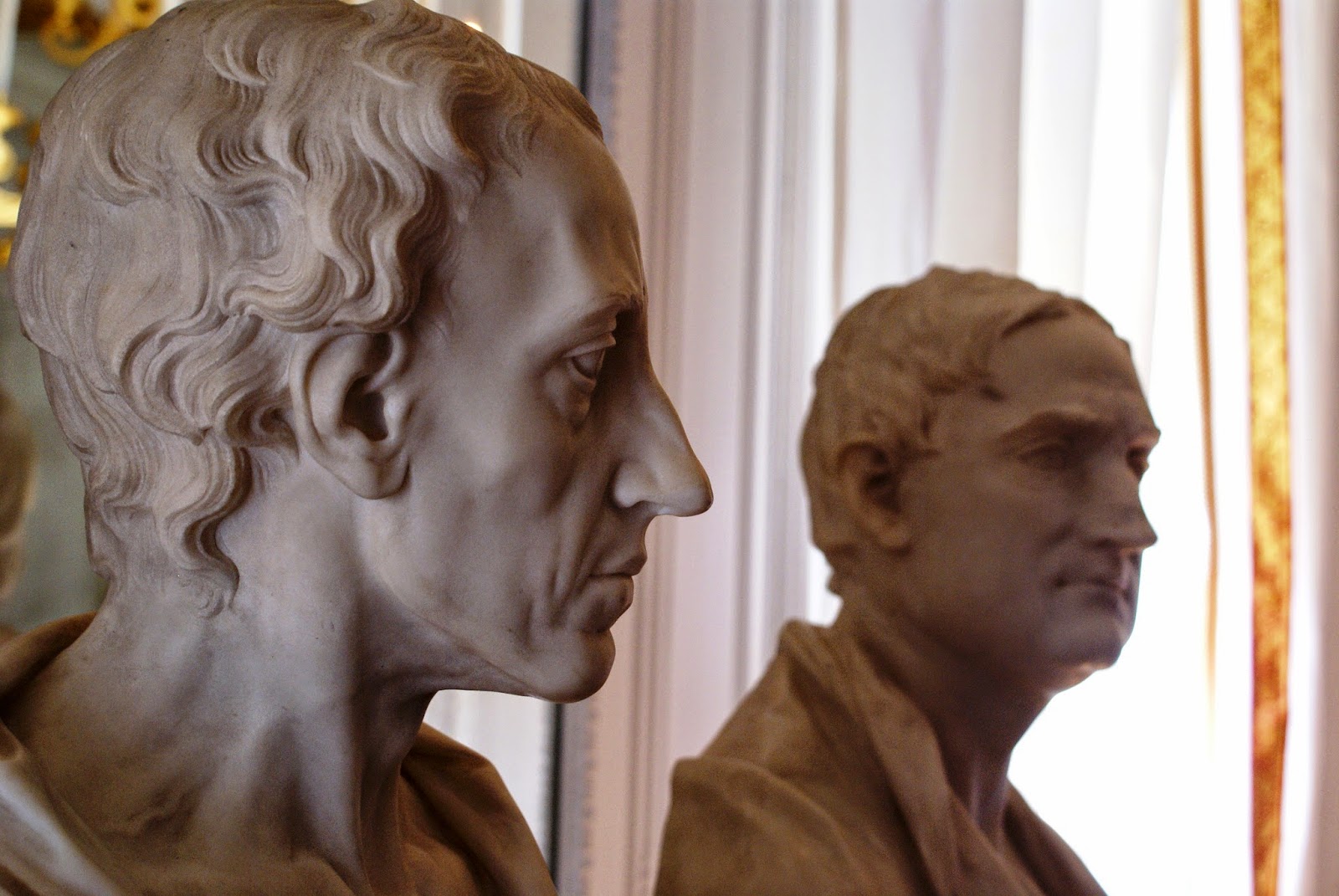 The Poulett marble now in the Rothschild Collection and paired with that of Isaac Newton. (illustrated above)


The British Museum plaster by Roubiliac bought from the studio of Roubiliac in the posthumous sale of 1762.


The recently discovered bronze which was sold by Sotheby's 6 July 2007 and appears to be a version of the Milton / Mansfield bust but  without the inscription. 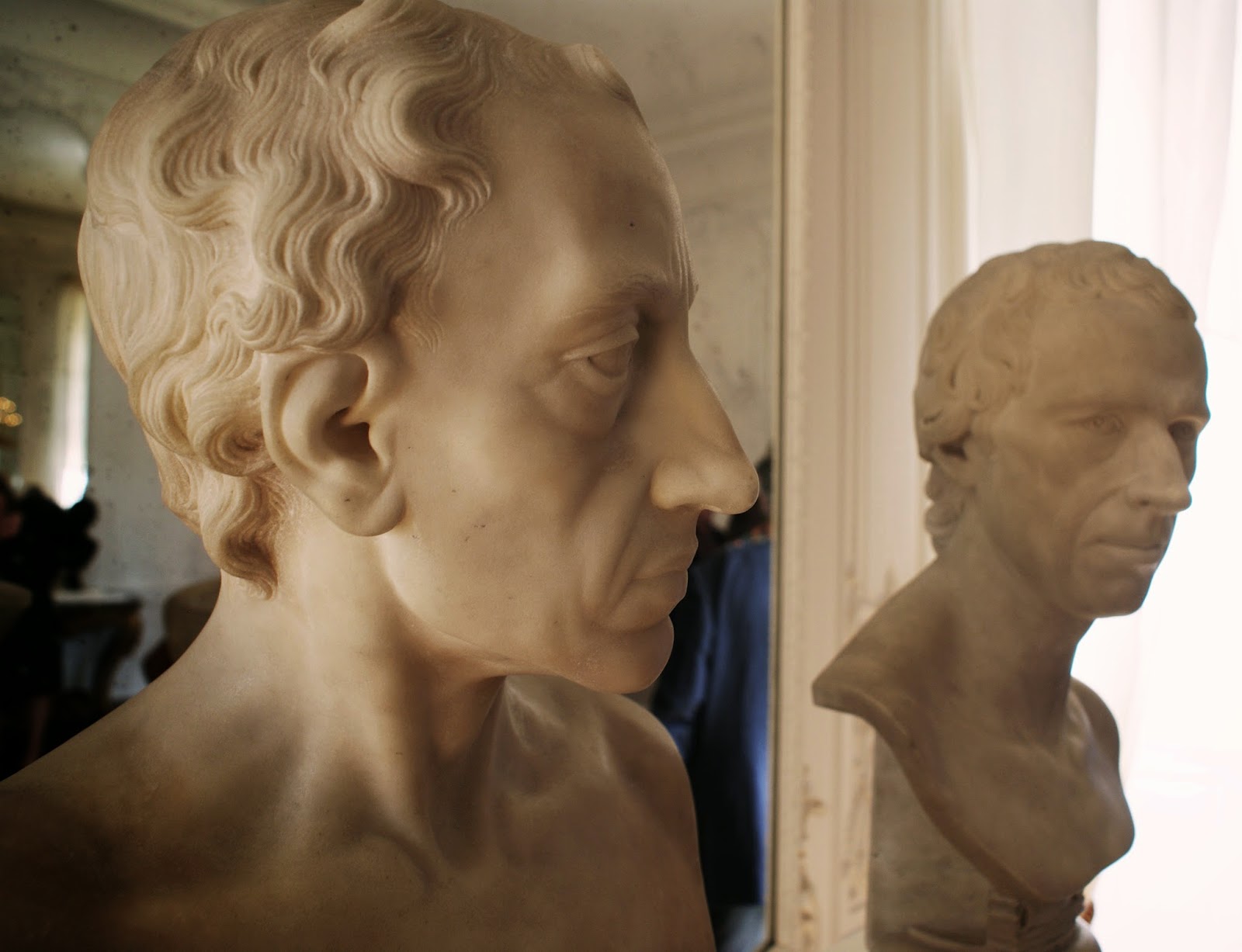 The Nollekins marble bust (another version of the Milton / Mansfield bust) along with its pair of Sterne. Illustrated above).


The display of the version of the stipple engraving of the marble bust of Pope formerly with the Vandewall family and with William Seward by 1788 with no heading was a strange choice considering that there is another version giving the ownership and stating that it was by Rysbrack (surely a typo).
In conclusion this is a very good looking exhibition in a wonderful setting of a rather unfashionable area of English Art which needs more information.
One can only hope that Malcolm Bakers long delayed and forthcoming opus The Marble Index on the portrait busts of Roubiliac will go into the subject in much greater depth. The catalogue for the current exhibition appears to be a very rushed affair adding little to current knowledge.
These are personal observations gleaned from studying the busts of Pope by Roubiliac from time to time over several years.

Below are on the left the Shipley /David Garrick Bust - centre The British Museum Plaster and the Yale version on the right. 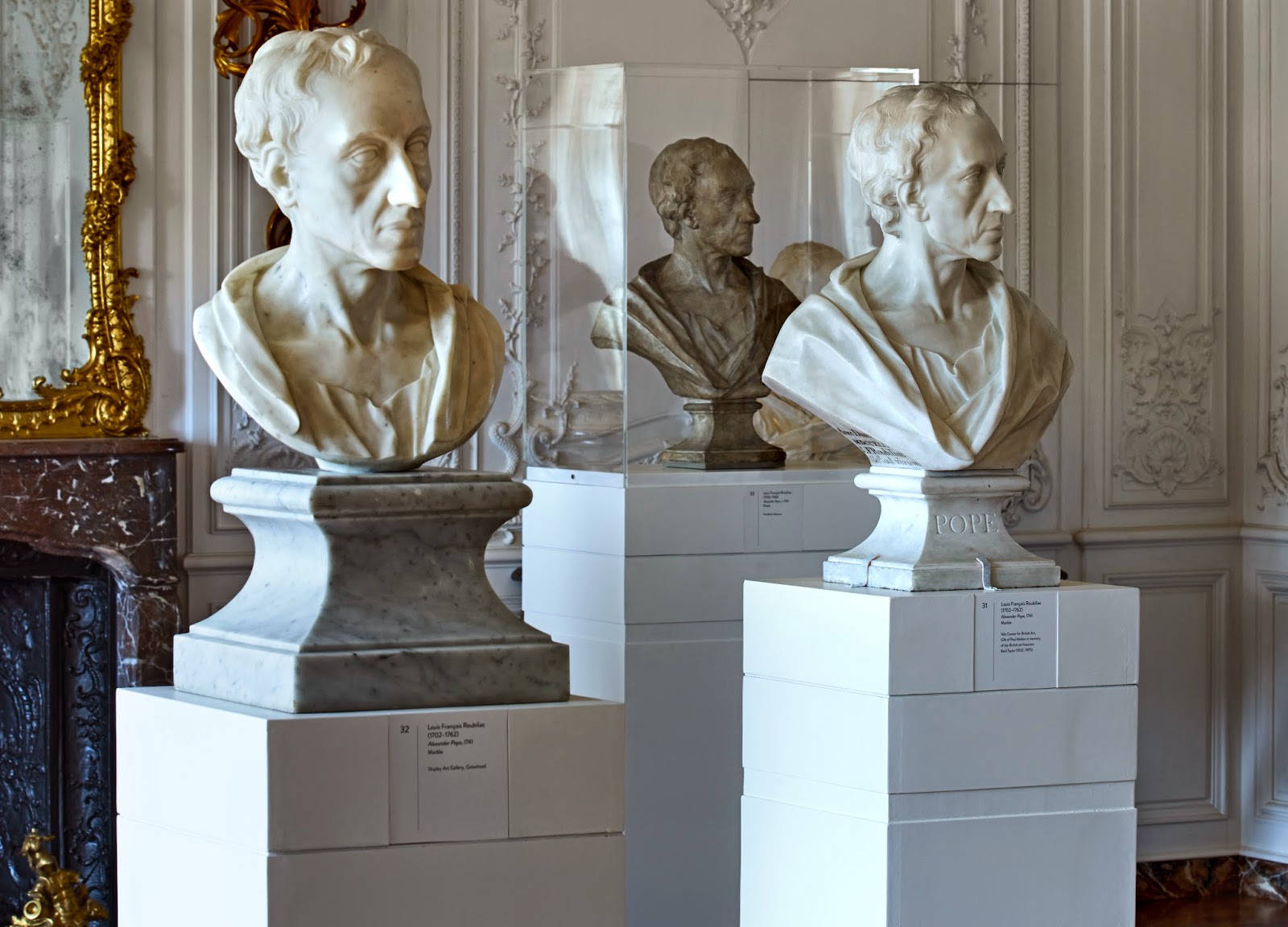 Posted by David Bridgwater at 09:42