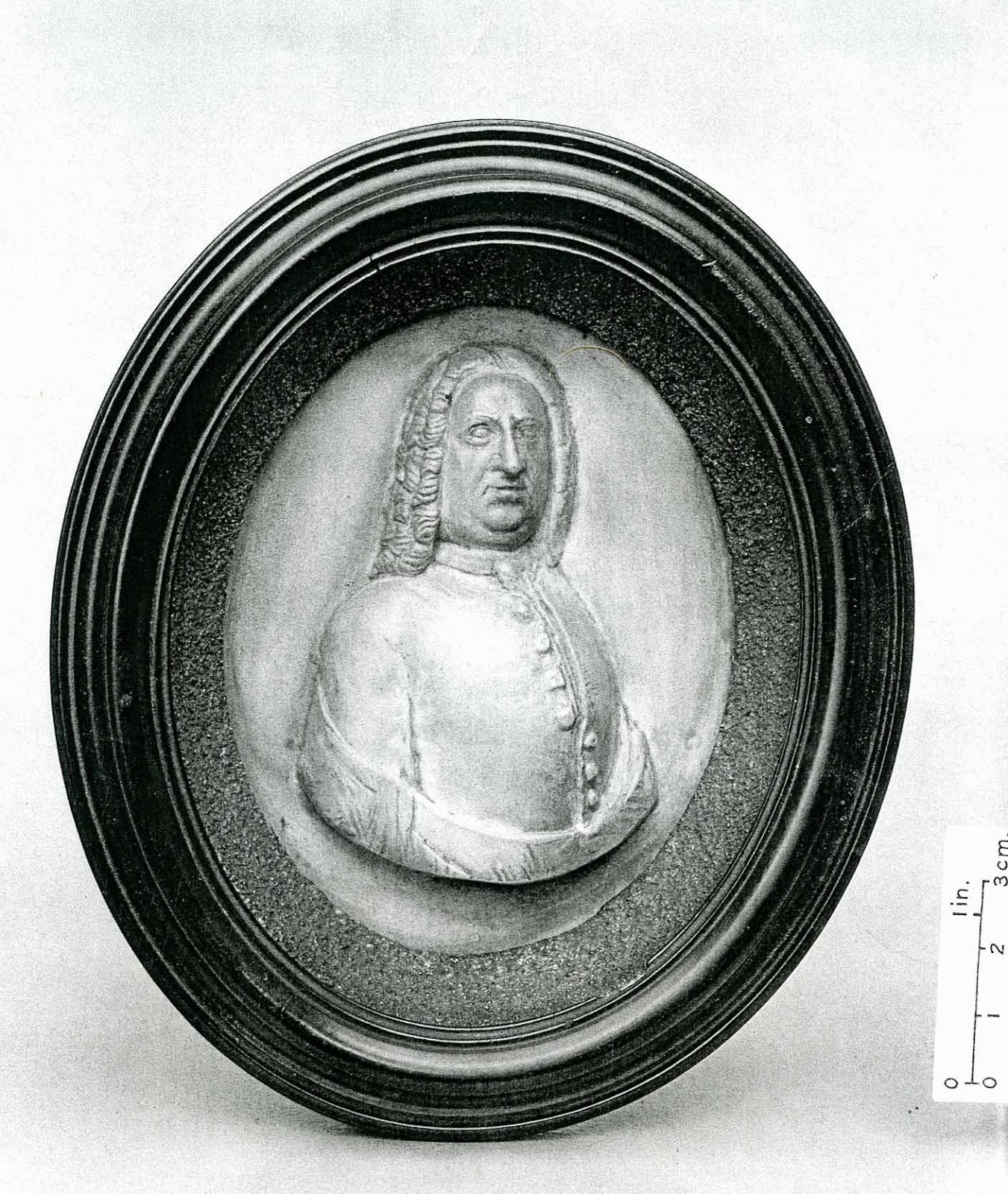 This stone carving and the following two ivory pieces with the same provenance, sold at Bonhams of Knightsbridge, London, Fine Portrait Miniatures Objects of Virtue and Important Ivories sale of 12 July 1993. 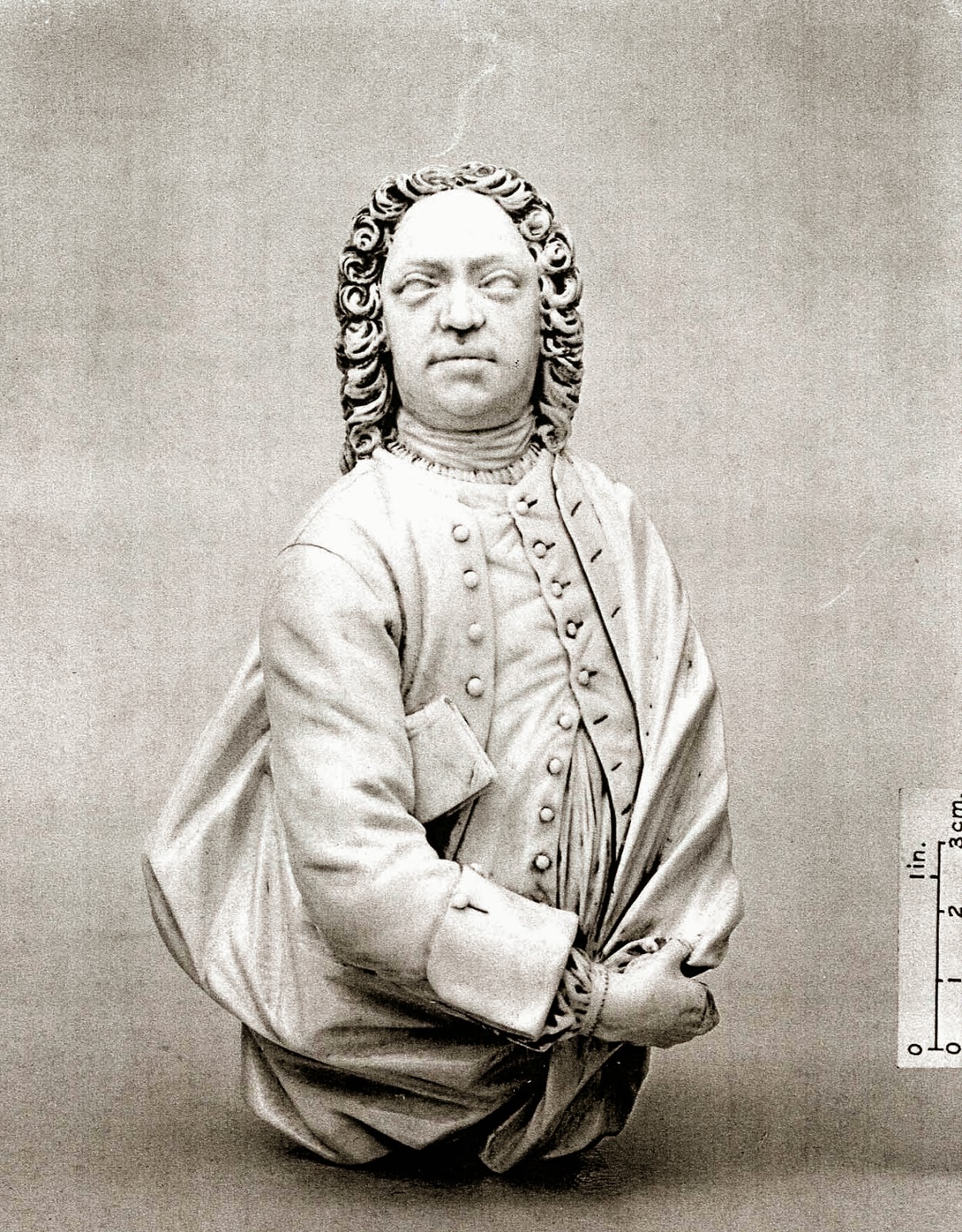 Ivory carving almost certainly by Johan Christoff Ludwig Lucke (1703 -1780).
The sitter is possibly Silvanus Bevan and carved when Lucke visited in England in 1726.

Johan Christoph Ludwig Lucke was born in Dresden into a family of sculptors well known for small scale sculptures (klienplastik) he is believed to have been apprenticed to his father and subsequently worked with the Dresden sculptor Balthazar Permoser. and then journeyed around several European cities including Amsterdam, Hamburg (1724) and first visited London in 1726 where he is believed to have worked with ivory sculptor David le Marchand. He had a brief period with the Meissen porcelain factory. He was employed by various German Courts at Dresden Weimar and Mecklenburg - Schwerin. Lucke was again in London in 1760 when he exhibited a superb ivory carving which is now in the Victoria and Albert Museum of George II at the Free Society of Artists. 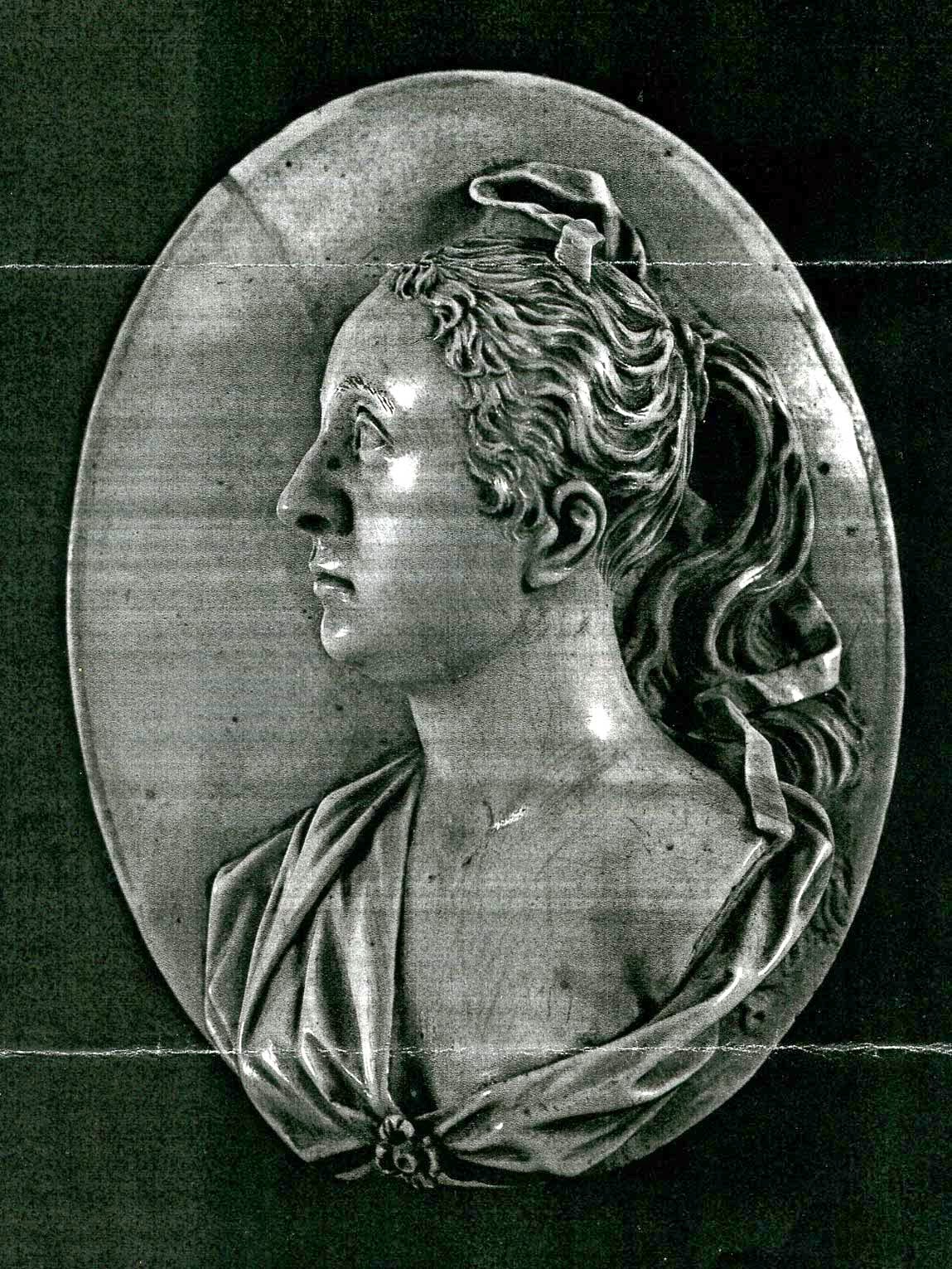 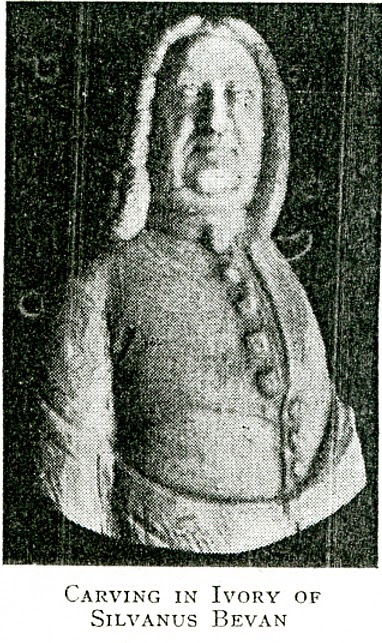 A scan from The Chemist and Druggist, 12 August 1933 by Ernest C. Cripps.
Cripps says possibly of Silvanus Bevan 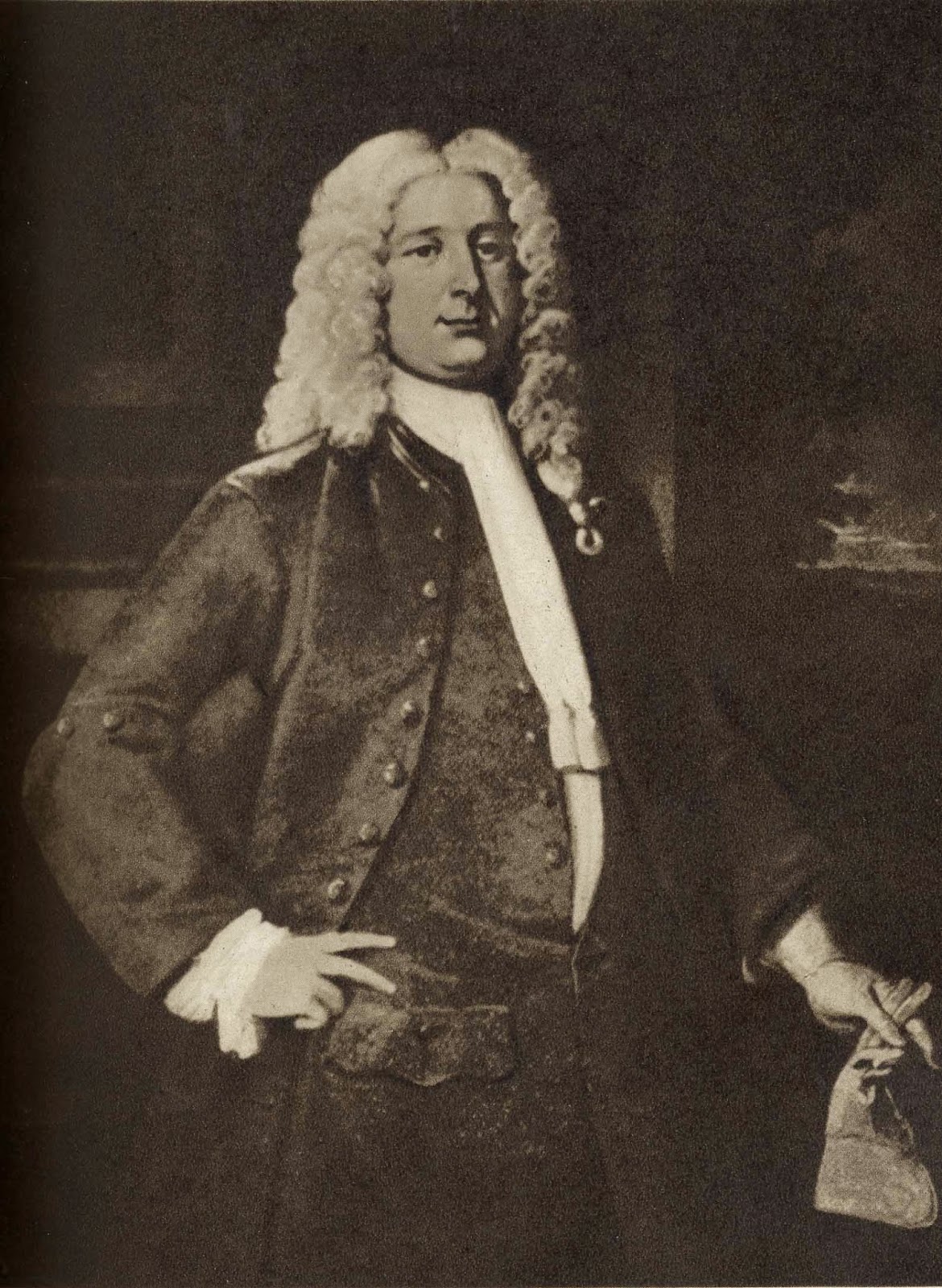 Very fuzzy photograph - difficult to date and now lost. In the style of Thomas Hudson. 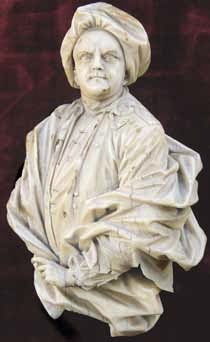 Low resolution photograph of another carving of an anonymous gentleman by Lucke, unsigned, but of similar quality to the Bevan portrait..

Posted by David Bridgwater at 14:02