It has been suggested that the original bust in the Bargello was modelled from a death mak by Bernini.

Supposedly reproduced from a death mask - where is his beard???

A gift from Professor Thomas Martyn, 1801.

From the collection's object label:

'Bought by Thomas Martyn in 1797 from Mr. White, a bookseller of Fleet Street who acquired it at a sale of unclaimed goods at the Custom House and who thought it to have been copied from the bust in the Palazzo Vecchio, which was executed by Bernini from a death mask'.

There are many versions of the Oliver Cromwell death mask - a subject I do not intend to go into here but suffice to say they all have beards!! 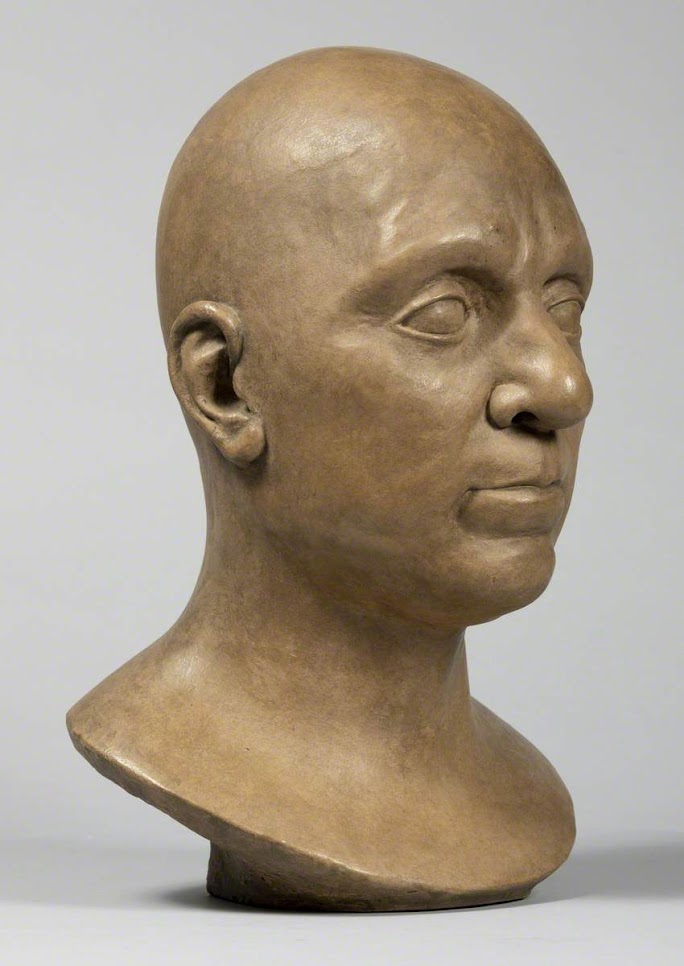 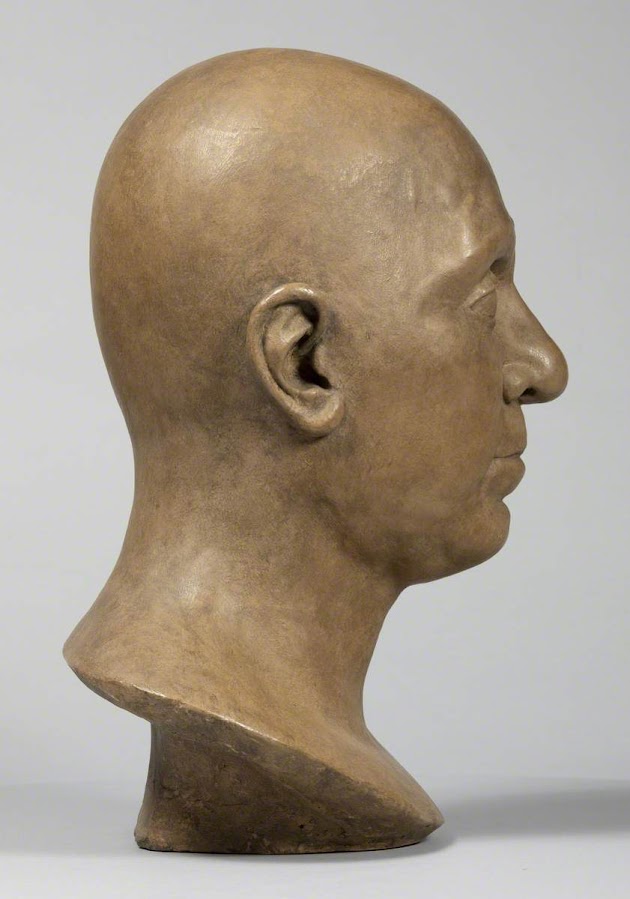 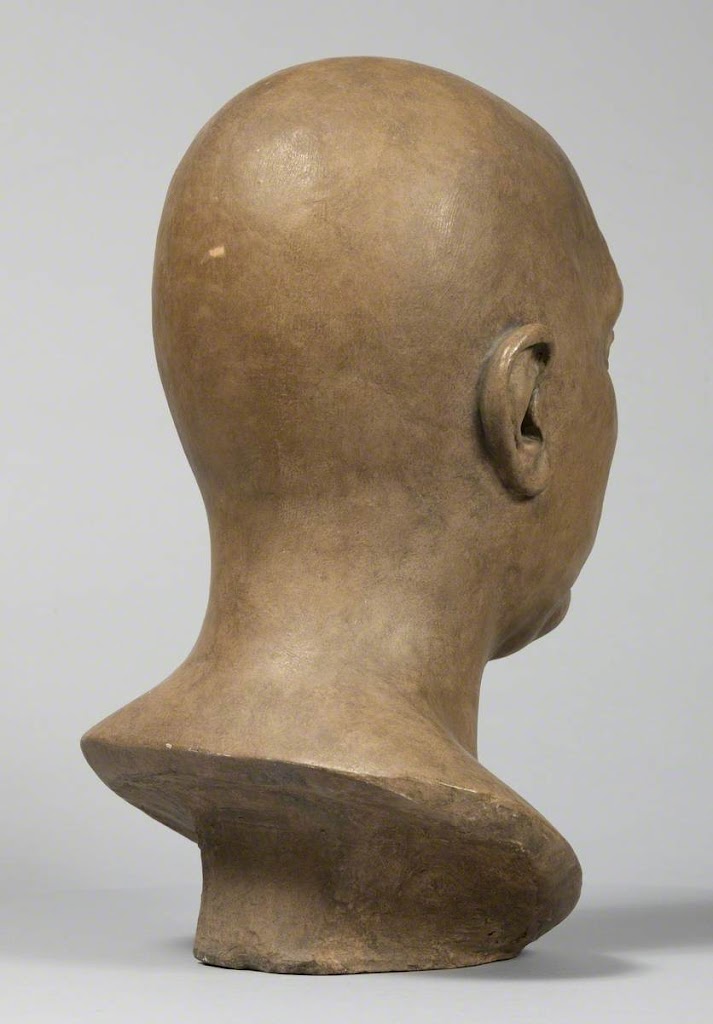 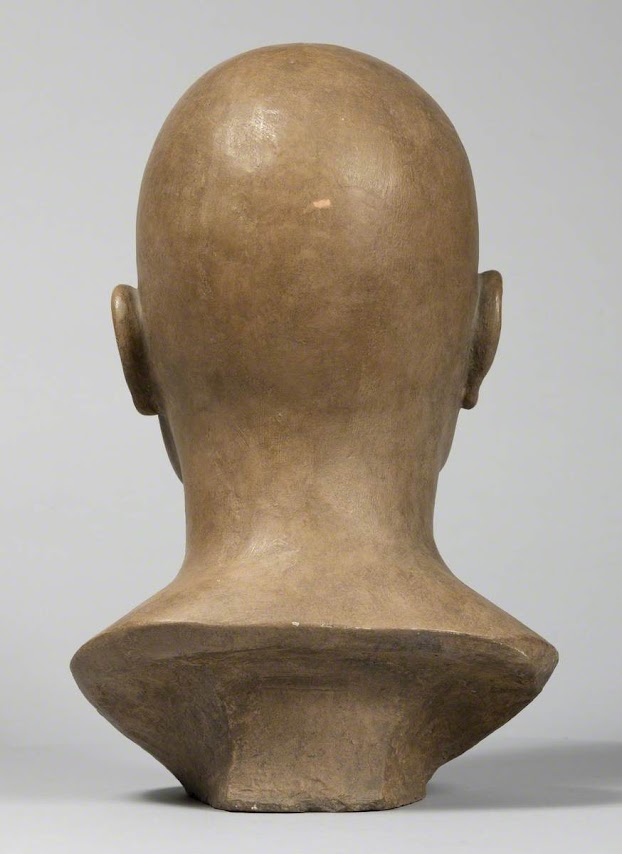 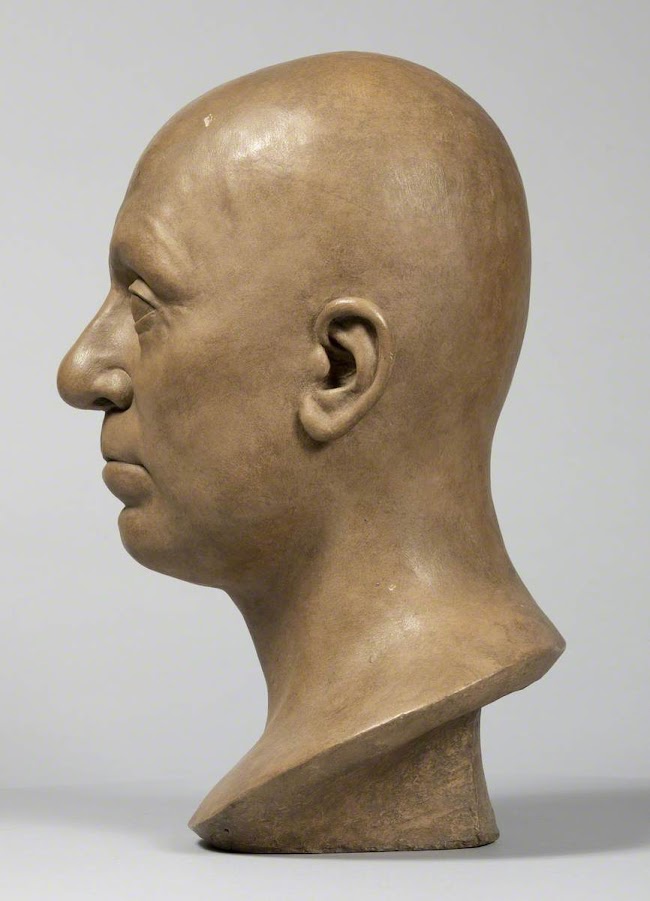 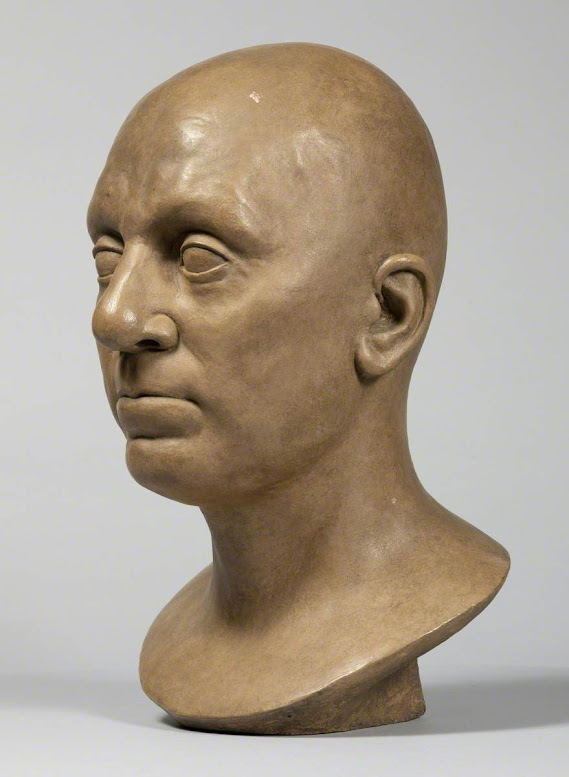 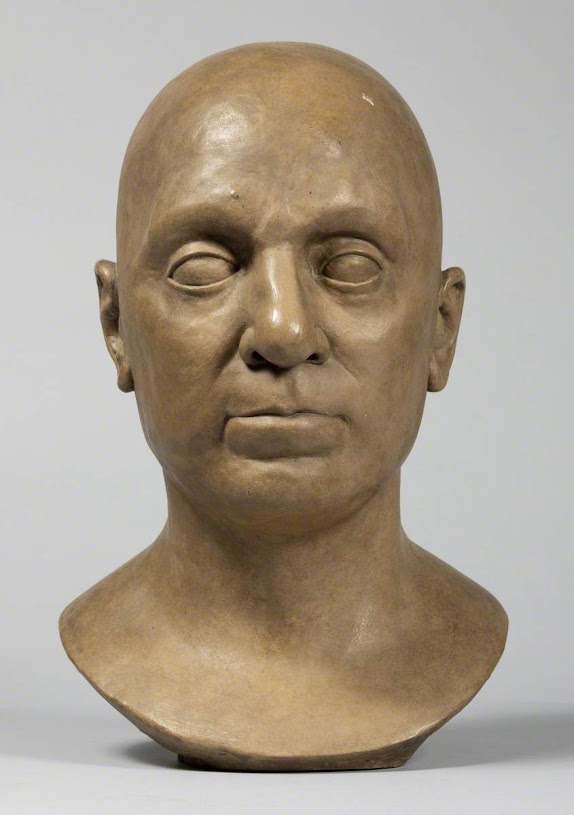 For a very short video about the head of Cromwell see - 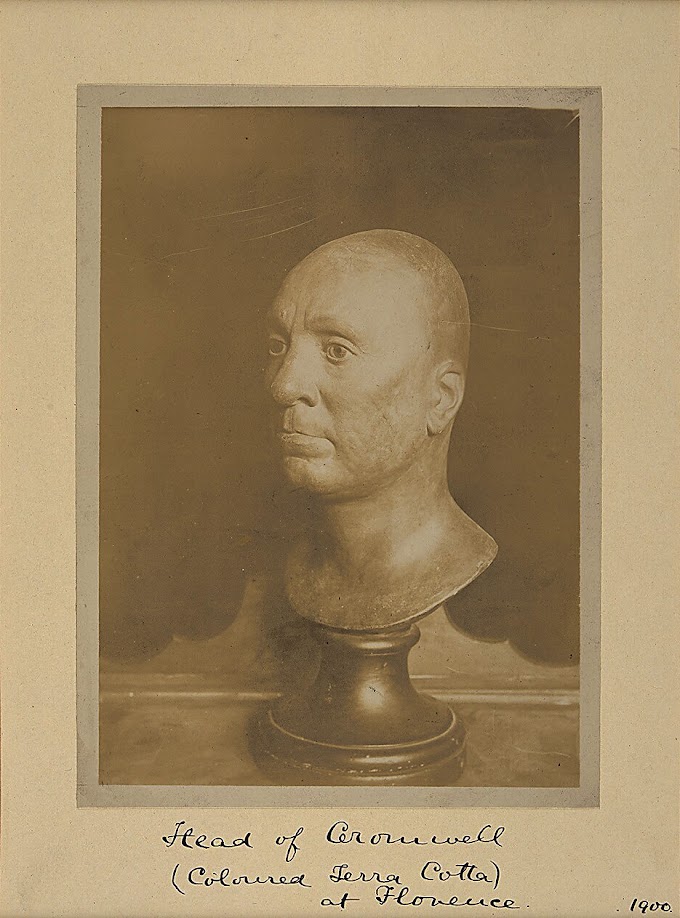 The Head of Oliver Cromwell.

Supposedly in the museum since 1738 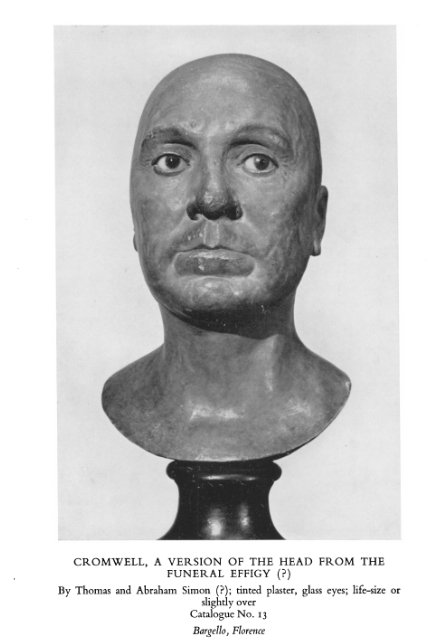 THE CONTEMPORARY PORTRAITS OF OLIVER CROMWELL 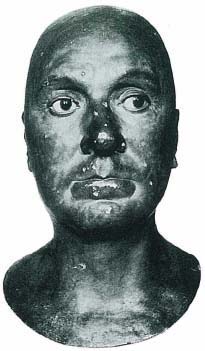 Image of the Bargello head above from

From the funeral Effigies of Westminster Abbey by Anthony Harvey, ‎Richard Mortimer · pub 2003 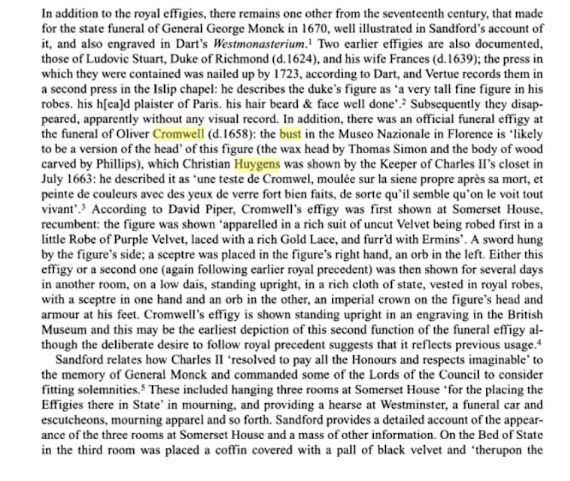 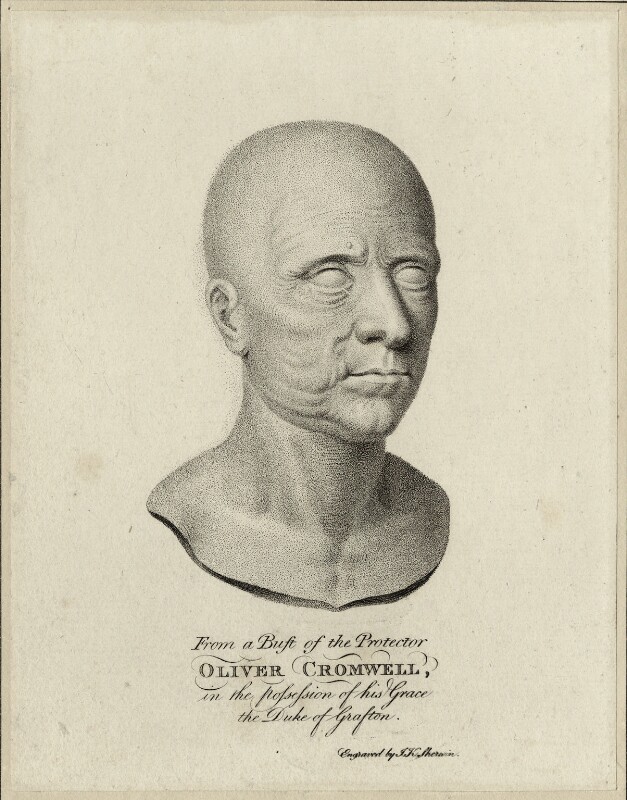 Bust in the possession of the Duke of Grafton

There is a letter from Horace Walpole to the Earl of Hartford - 5 October 1764, mentioning a bust of Cromwell at the Duke of Grafton's, which certainly refers to this bust.

The bust was some time at Wakefield Lodge, Pottersbury, Towcestere, Northamptonshire. Originally built by John Claypole, the son in law of Oliver Cromwell. Acquired from the Crown in 1712 - the Duke of Grafton rebuilt it in 1749 (it was mostly demolished in 1949 - a wing by William Kent survives).

In 1785 the bust was in the Piccadilly town house of the Duke of Grafton and is described in Memoirs of the Protectoral-House of Cromwell by Mark Noble, published in 1785, (pages 303 and 304) -  as being of plaster, coloured to represent brass, an exact likeness of the bust in Florence. 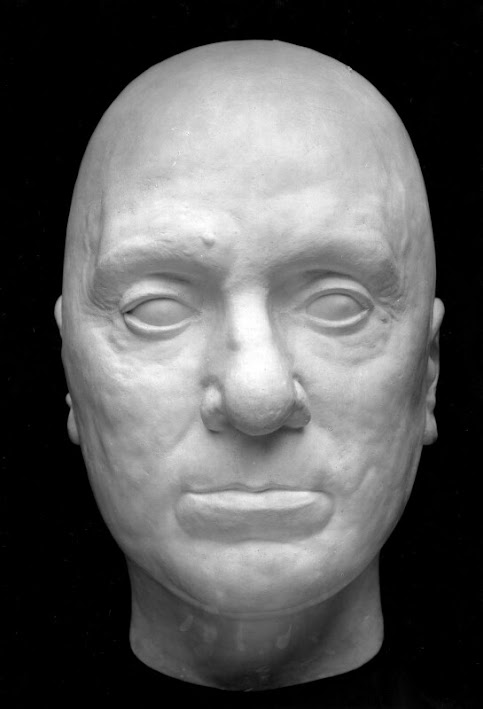 info below from the NPG

From the painted gesso bust with glass eyes in the Bargello, Florence; a version belonging to the Duke of Grafton was engr. J. K. Sherwin c.1780, another sold Sotheby’s NY, 10 January 1995, lot 67. 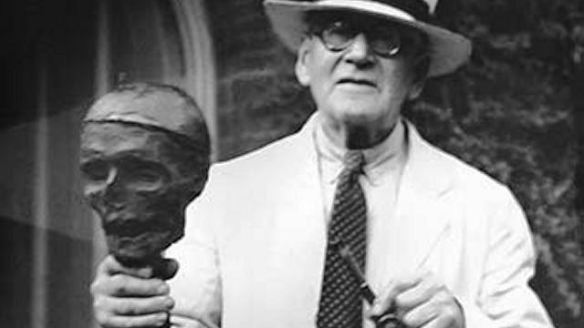 Is a  scarce work on Oliver Cromwell and authenticity of the Wilkinson Head. With 107 plates. Following the death of Oliver Cromwell on 3 September 1658, he was given a public funeral at Westminster Abbey, equal to those of monarchs before him. When the monarchy was re-established and King Charles II, who was living in exile, was recalled, Charles' new parliament ordered the disinterment of Cromwell's body from Westminster Abbey and the disinterment of other regicides John Bradshaw and Henry Ireton, for a posthumous execution at Tyburn. The heads of the traitors were placed on spikes above Westminster Hall and, after a storm in 1685, the head was removed and passd through various collectors and museum owners with some controversy.

after spending 28 years on the spike it disappeared only to reappear exhibited in a private museum in London, owned by a Swiss-French collector named Claudius Du Puy.

In 1795 James Cox, a goldsmith and clockmaker, secured the head from Samuel Russell in repayment for a debt.

In 1799 Cox sold the head to the Hughes brothers who purchased the head intending to display it in an exhibition of Cromwell artefacts. The exhibition failed to make a profit.

Josia Henry Wilkinson purchased the head in 1815, and for the next century there was some back and forth as to whether it was the true head of Cromwell. Scientific and archaeological analysis was carried out to prove the identity. Inconclusive tests culminated in a detailed scientific study by Karl Pearson and Geoffrey Morant, which concluded, based on a study of the head and other evidence, that there was a 'moral certainty' that the head belonged to Oliver Cromwell.

The gruesome illustrations below from this publication 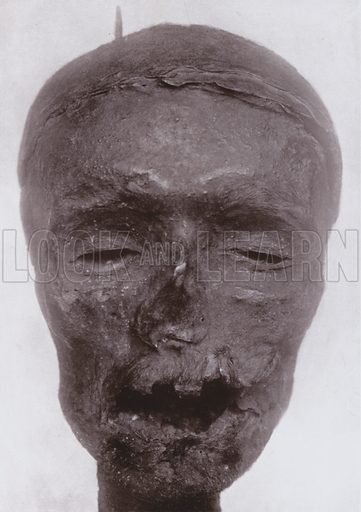 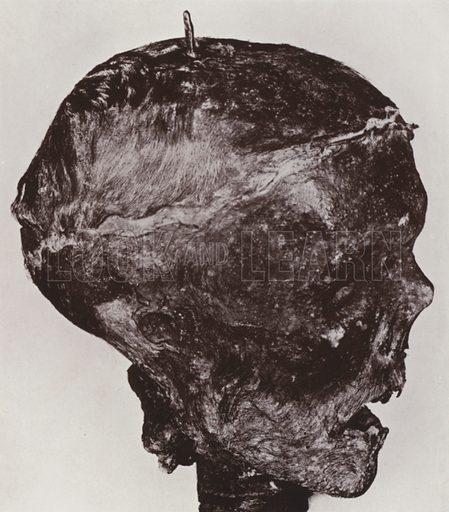 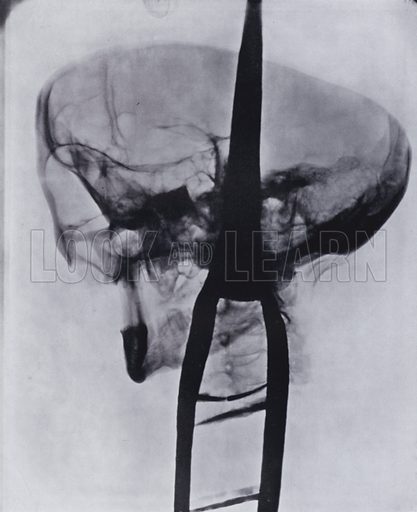 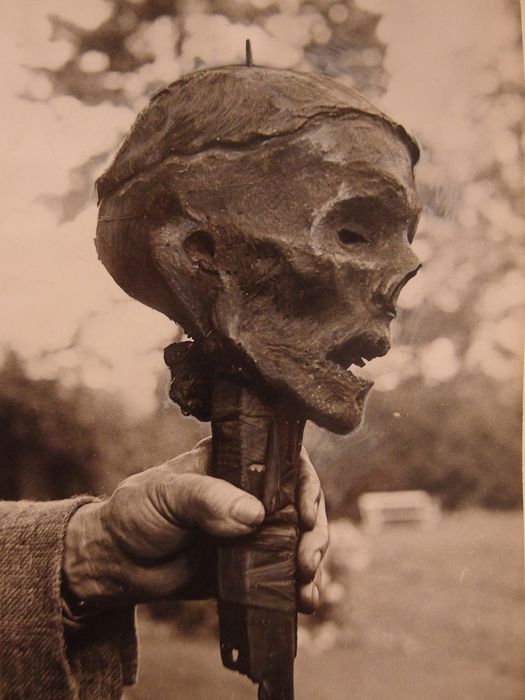 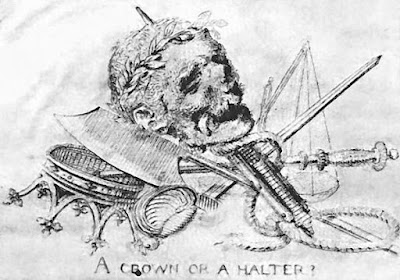