Attributed to John Cheere
presented by John Penn in 1804.

This statue was made for Lord Despenser of West Wycombe Park

Following a visit to Lord Le Despencer’s estate in Buckinghamshire, England, Benjamin Franklin wrote that his friend “has lately erected at Wycombe … a noble statue of William Penn holding in his hand a scroll.” When Lord Le Despencer’s successor  had  the grounds of West Wycombe,redesigned by Repton he sold the statue for old metal. 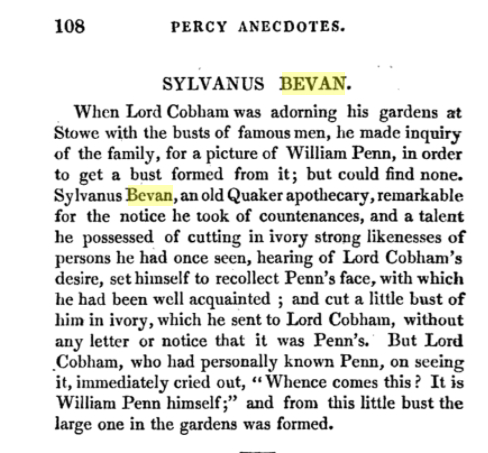 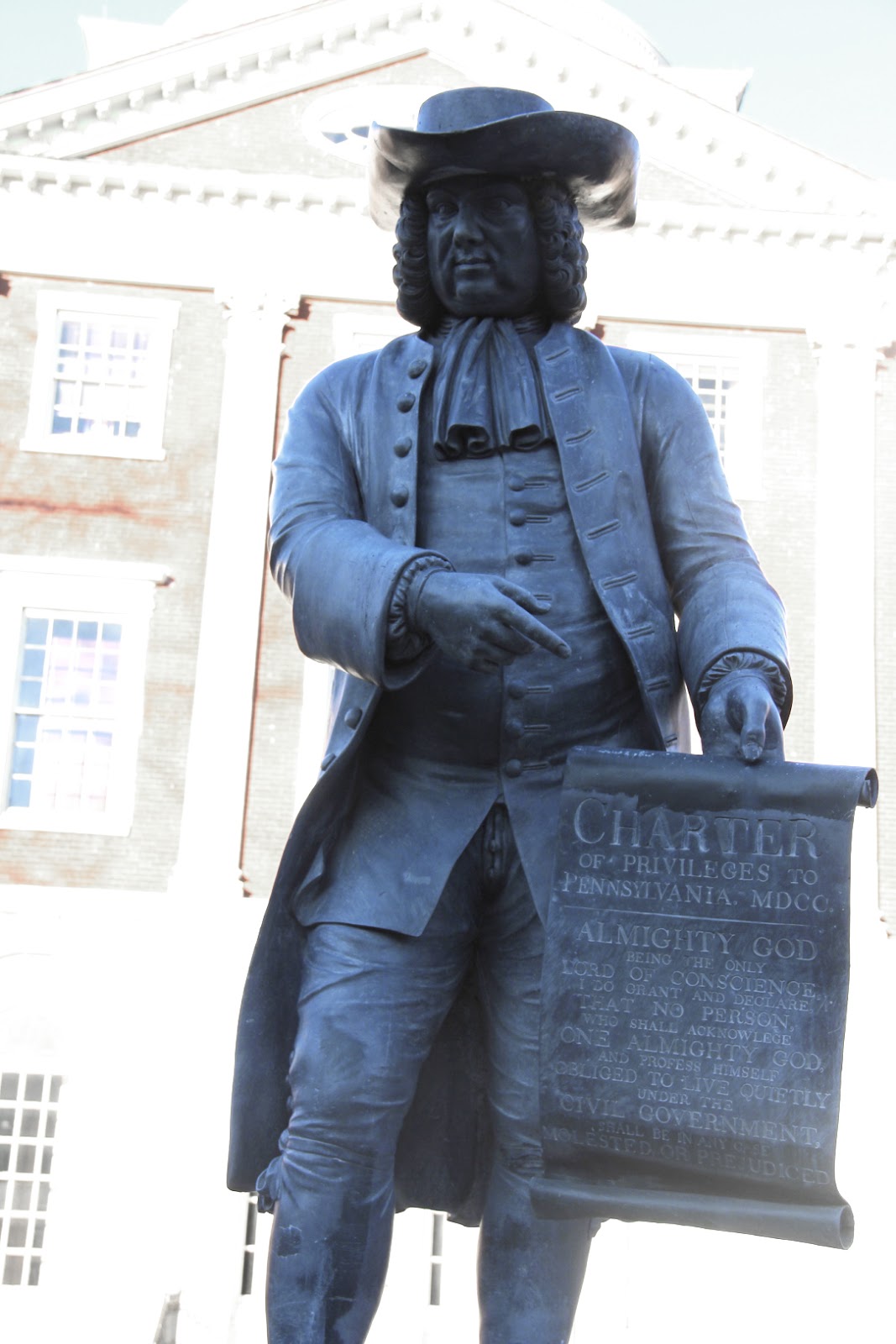 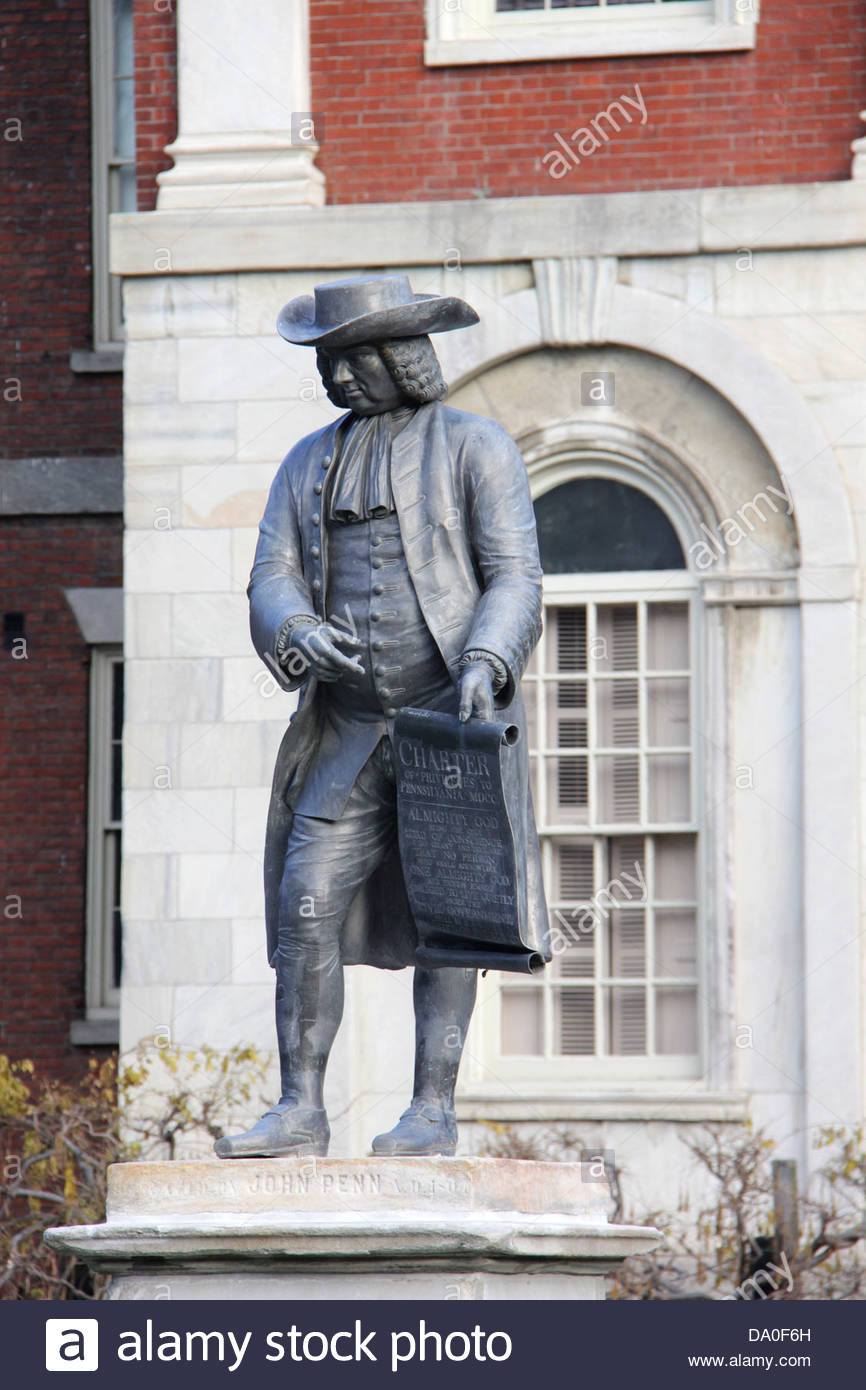 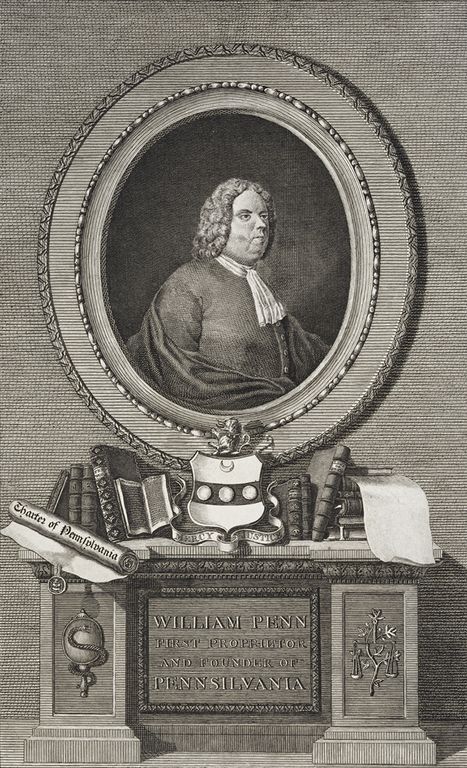 Engraving after the relief carved by Silvanus Bevan

Text incorporated into the design of the base below Penn's portrait bears the title and reads: "William Penn, First Proprietor and Founder of Pensilvania". Small text at bottom reads: " Drawn by D. Simitiere from a bust in Alto Relievo done by Sylvanus Bevan. Said to be a good Likeness. Philadelphia October 1770. Engraved by John Hall. London. 1773."

This image from the Royal Collection
https://www.rct.uk/collection/619008/william-penn 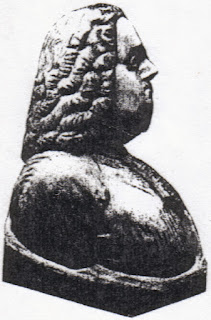 Wedgwood relief of William Penn
after the ivory by Silvanus Bevan.
until recently in the family collection of  Michael Waterhouse

at The American Philosophical Society 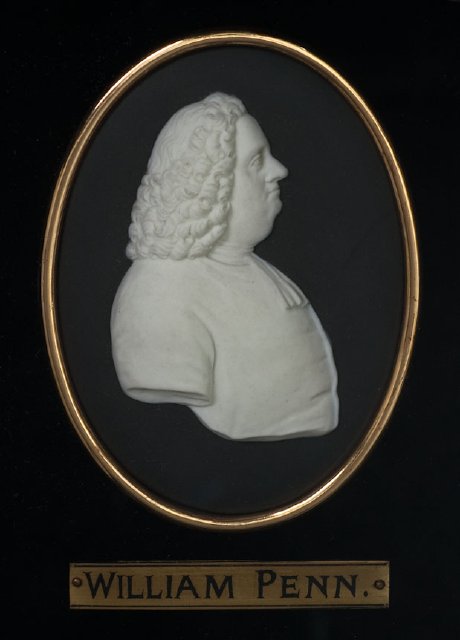