Possibly a Marble Bust of Henry Frederick, Duke of Cumberland, V & A.

Described by the Museum as possibly by

I have written about 3 dimensional portraits of Cumberland already see -

This three-quarters bust depicts a man looking to the left with the front hair waved back and rolled up in a single curl over each ear and the back hair tied in a queue. He wears a clock over a plain breastplate and a high folded stock round the neck. The Star of the Order of the Garter appears in the folds of the cloak.

He wears a cloak over a plain breastplate, with a high folded stock around his neck. The Star of the order of the garter appears in the folds of the cloak.

Henry Frederick Duke of Cumberland was born on 26th October 1745, sixth child and fourth son of Frederick Louis, Prince of Wales (son of George II) and his wife Augusta at Leicester House in London.

He was appointed Ranger of Windsor Great Park by the King and created Duke of Cumberland in 1766.

Joining the navy he rose to the rank of vice-admiral in 1770. In 1778 he was made an Admiral but forbidden to take a command.

He had a notorious relationship with Lady Grosvenor but married the Hon. Anne Horton, widow of Christopher Horton and eldest daughter of Simon Luttrell, 1st Earl of Carhampton, on 2nd October 1771. They had no children and she died abroad in 1803.

Henry died after alighting from his coach outside Cumberland House in Pall Mall aged 45 on 18th September 1790.

Although I havn't inspected it personally this appears to be a very fine bust and deserves to be better known.

I don't believe that this bust is by van Nost, although he was capable of very good work. 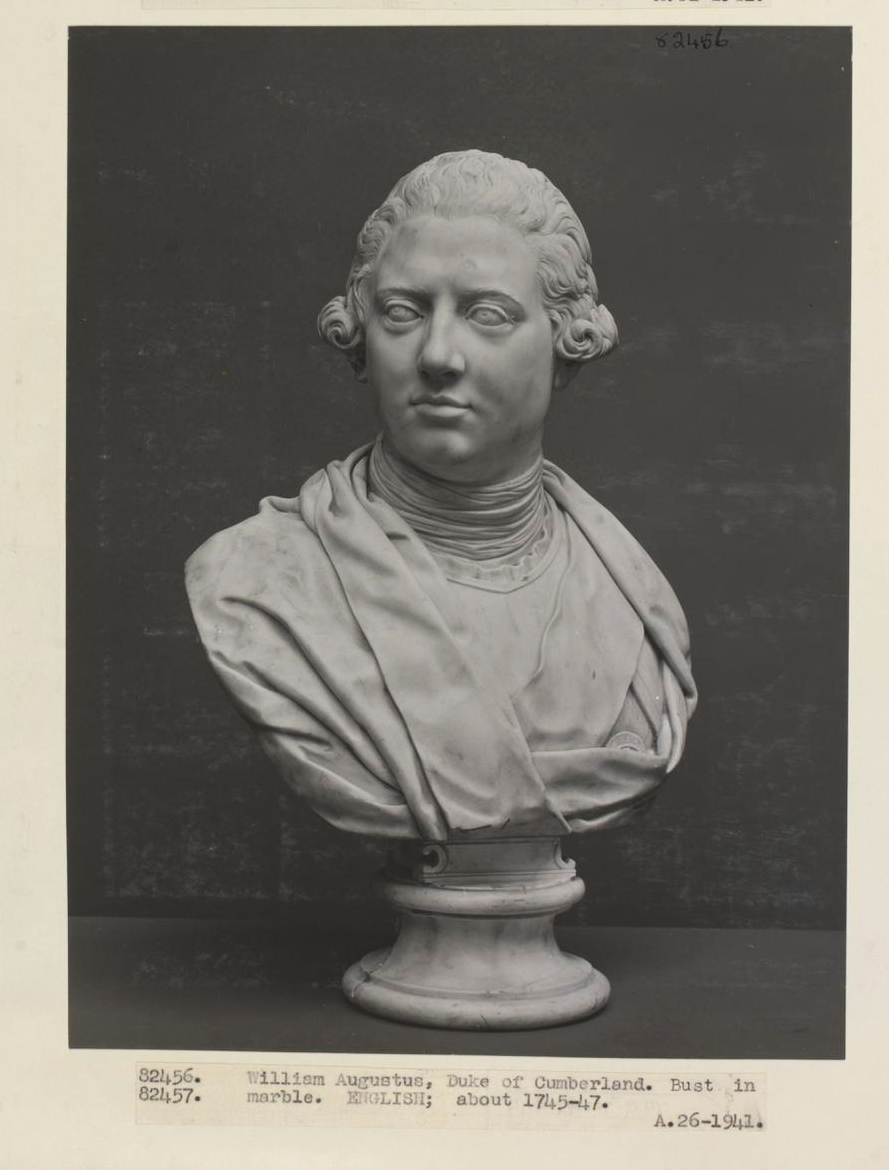 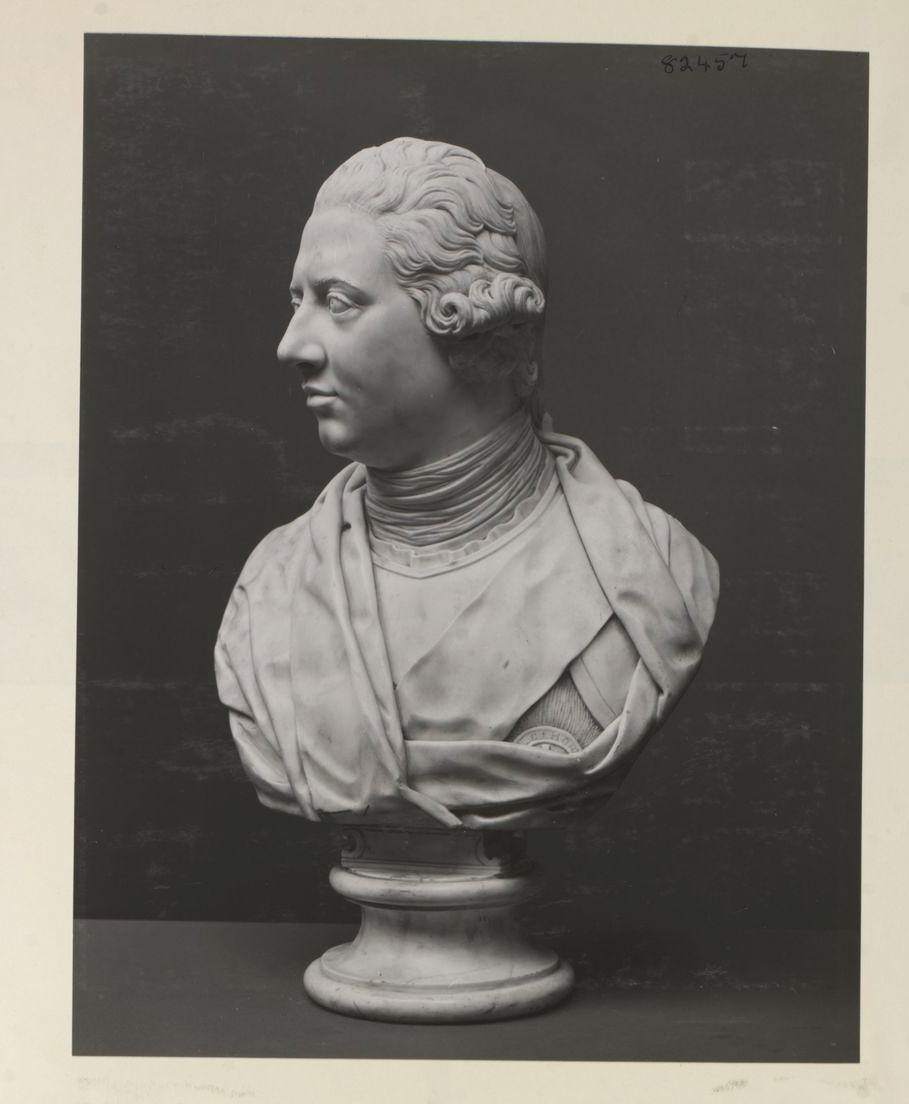 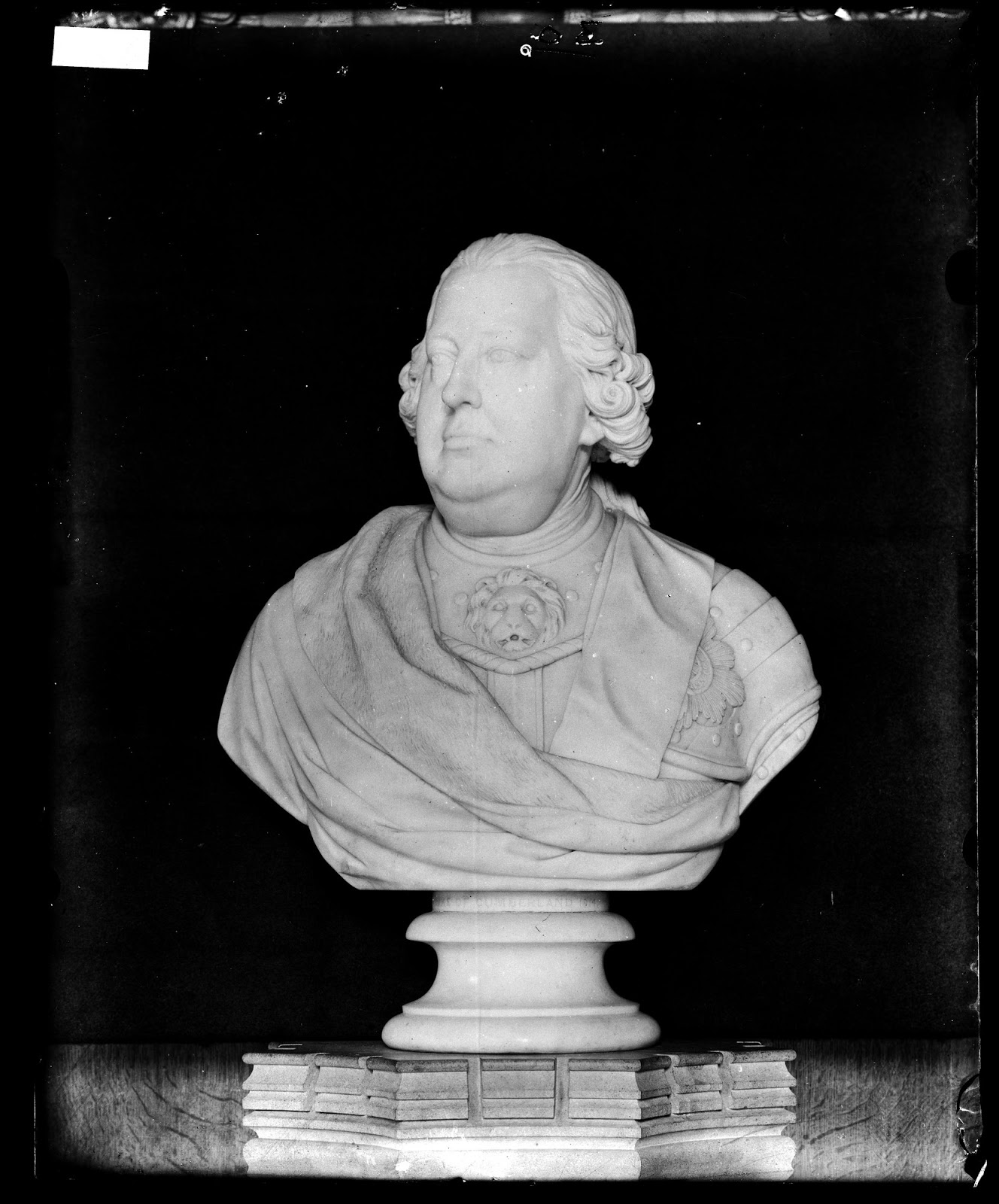 This marble bust of William Augusuts, Duke of Cumberland and third son of George II, by the English sculptor Joseph Nollekens is based on an earlier bust by the sculptor John Michael Rysbrack. Like in the original, the Duke of Cumberland is depicted wearing classical armour with a lion mask in the centre, the Star of the Garter on the left, and with a furred cloak arranged over his right shoulder.

The bust was acquired in 1814 by George IV. Between 1805 and 1816 George IV appointed Nollekens to make a series of portrait busts of influential British politicians and close friends. The Duke of Cumberland was considered a prominent figure in British history, celebrated for his victory over Prince Charles Edward Stuart in 1746 which concluded the Stuart claim to the throne and marked the end of the Jacobite rebellion in Scotland. 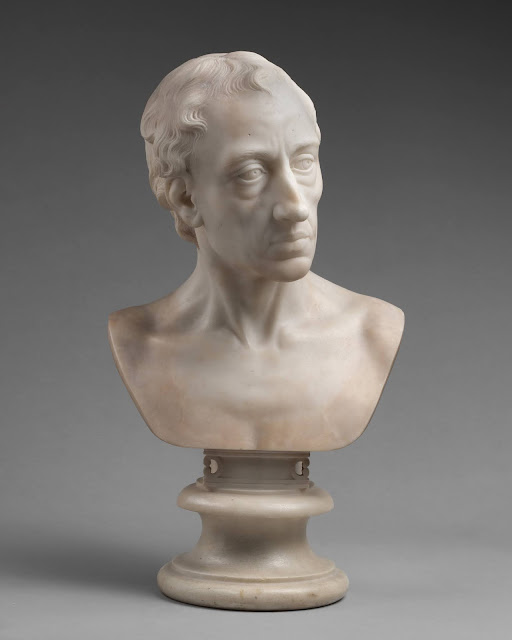 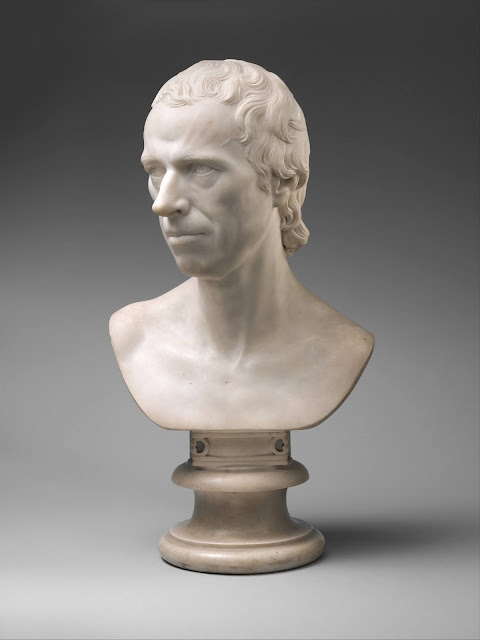 Illustrated here to show the eared socle as used from time to time by Nollekens. 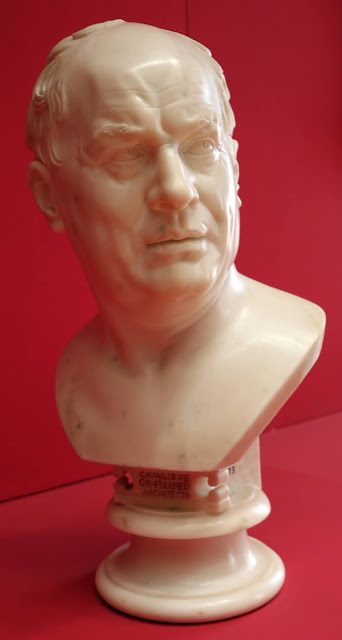 Another example of a similar Nollekens eared socle in his bust of Pirenesi.

Another frequent user of this form of eared socle was the Roman sculptor and restorer Bartolemeo Cavaceppi (1716/1717 - 1799)
based on classical precedents. 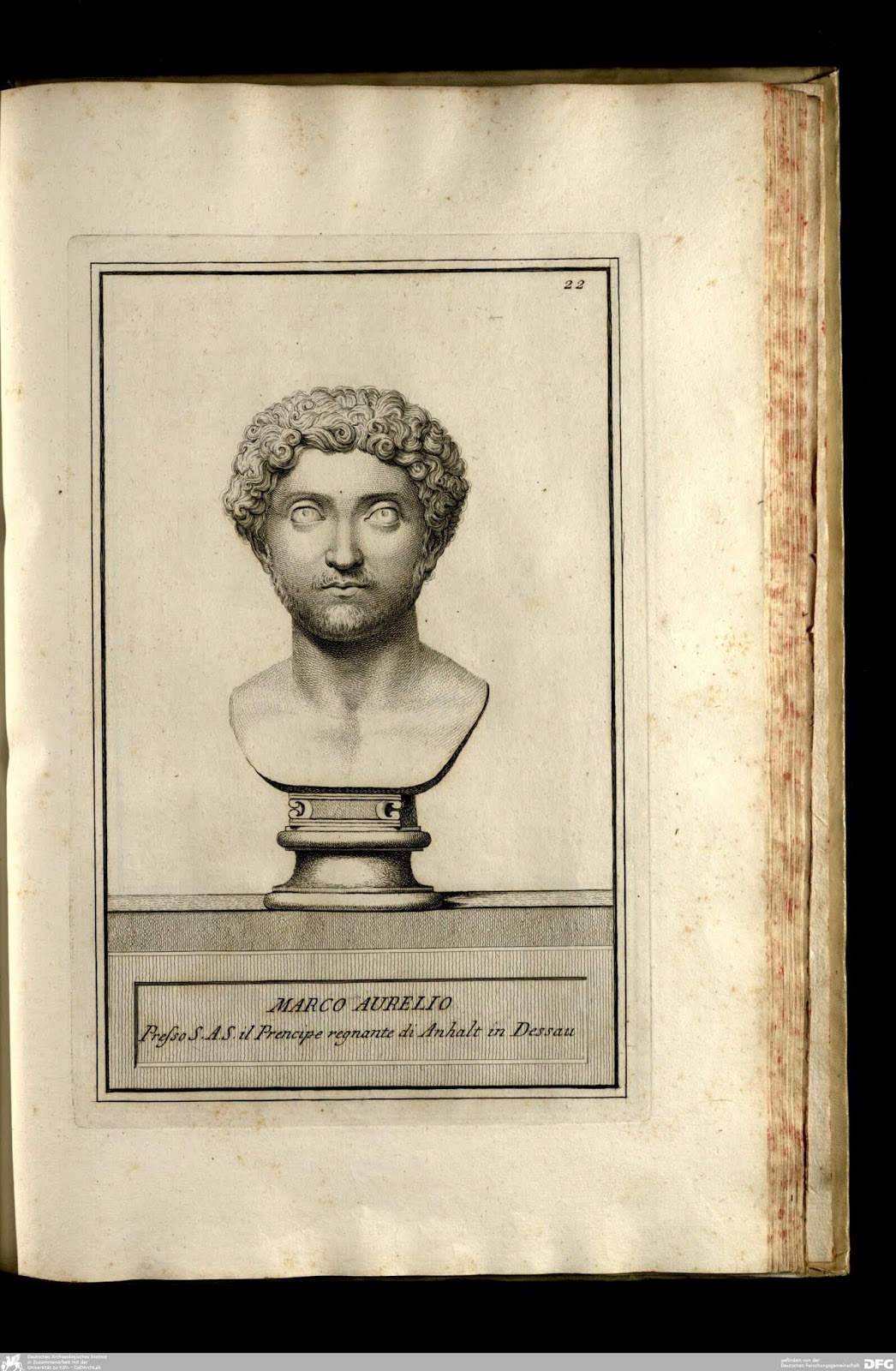 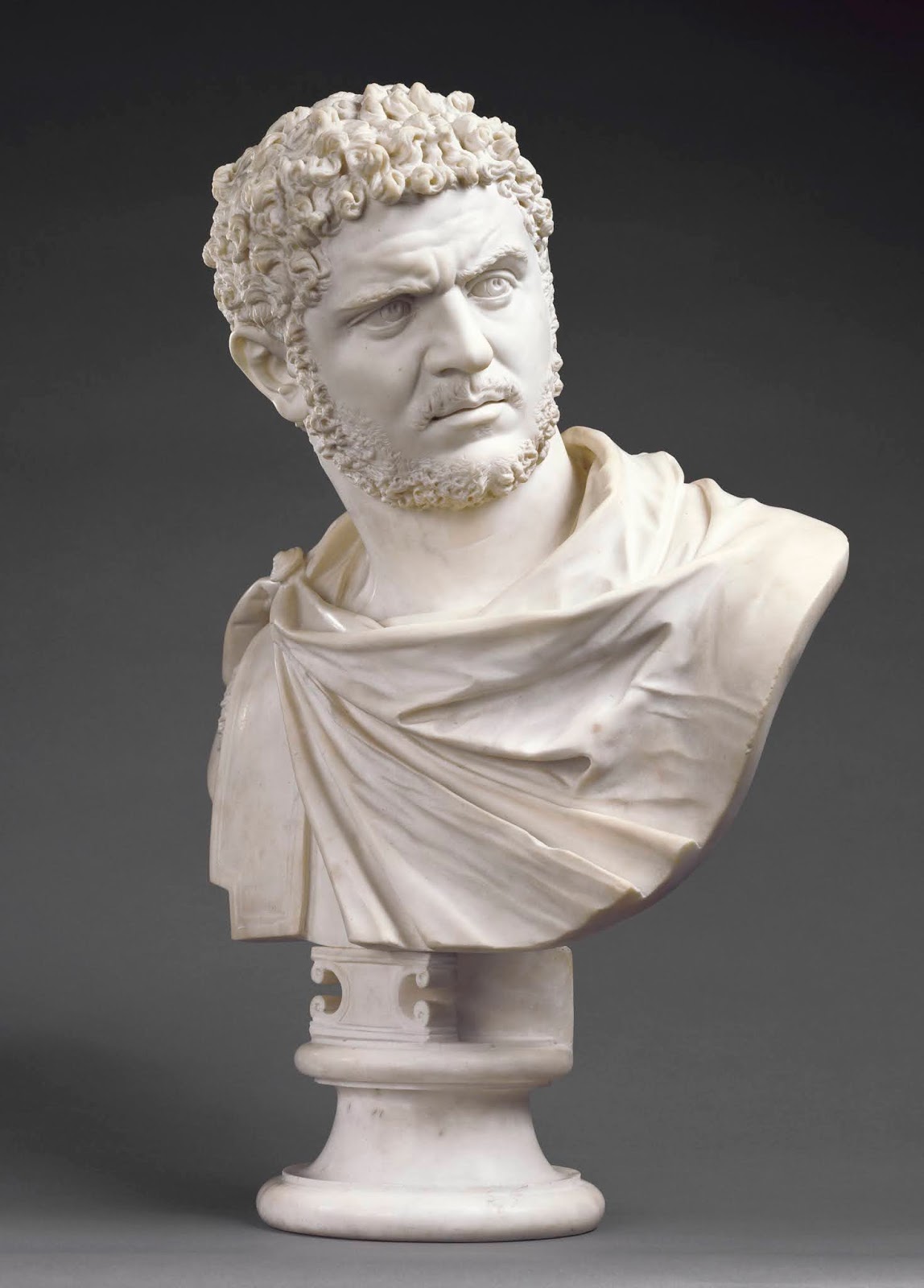 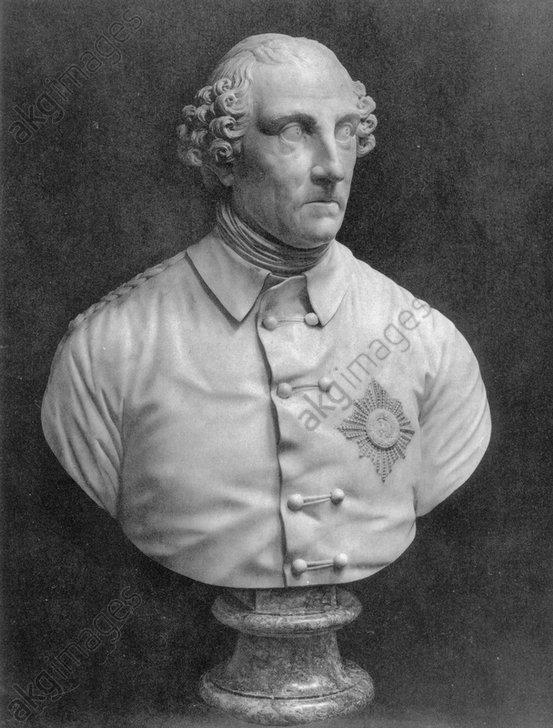 I will return to the subject when I have more time.

Posted by David Bridgwater at 10:40