Plaster bust of a bearded man at Queen's College, Oxford.

Plaster bust of a Bearded Man
at Queen's College, Oxford.

A mystery life size bust of a bearded man.
Perhaps no longer such a mystery. 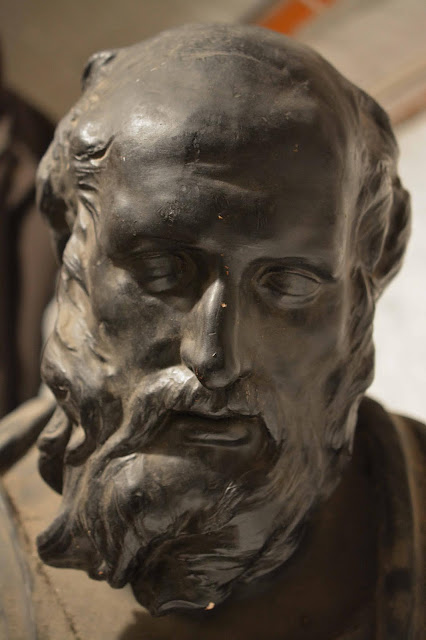 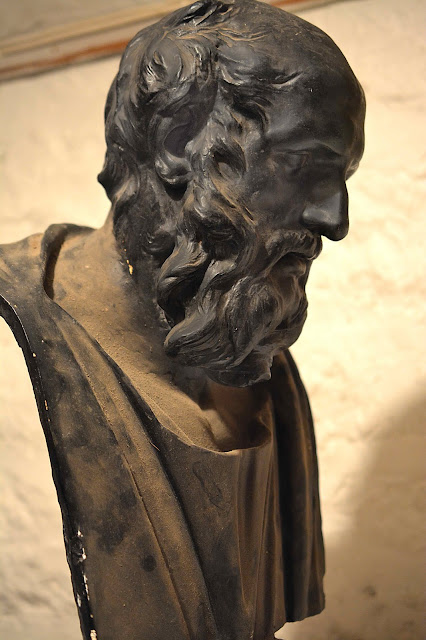 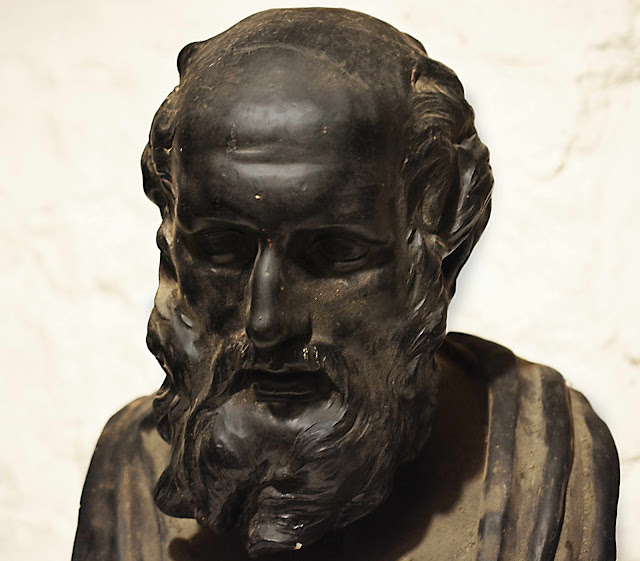 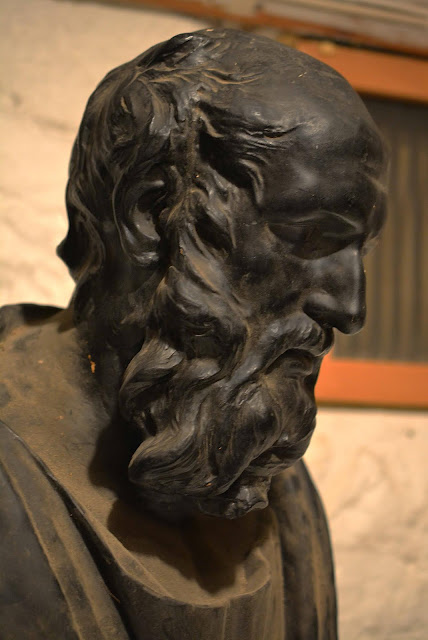 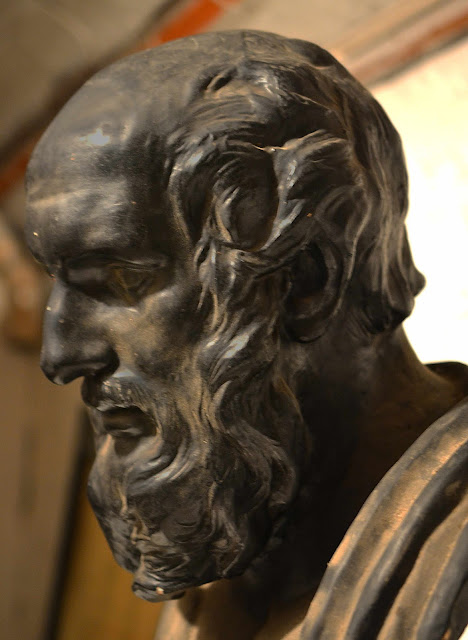 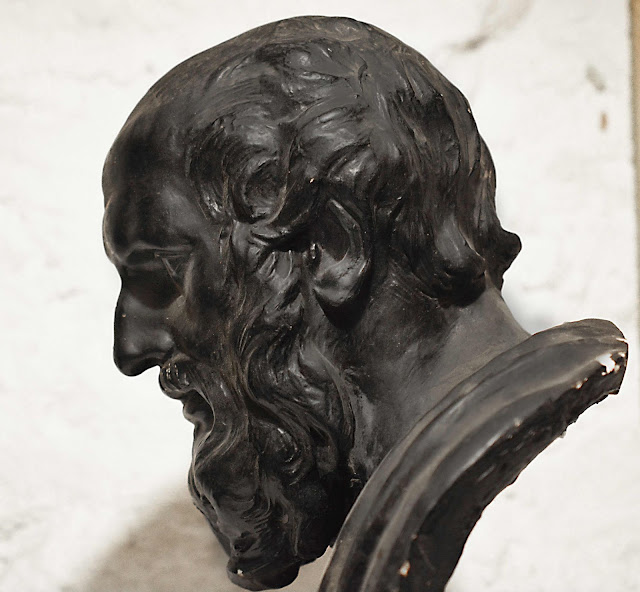 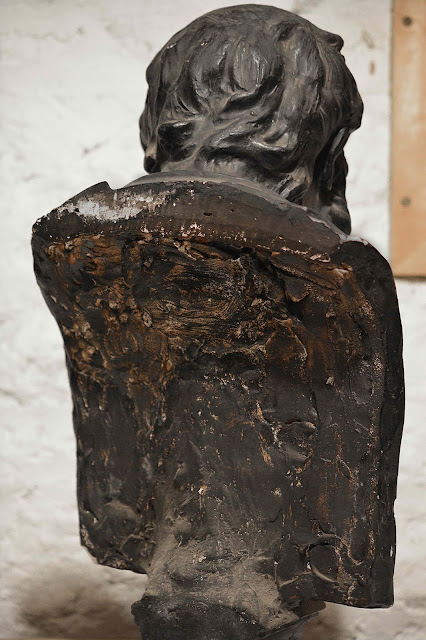 "......my original supposition that it came from Rome and was given to Queen’s in 1741. Shaw travelled extensively in the Middle East in the 1720s before becoming a fellow of Queen’s in 1727.

I need to clarify the Latin translation with an expert, but it is roughly that :  Aristotle - This image was cast from an ancient marble long ago excavated in Rome and given in affection by Pope Clemente XII.

Maybe not that ancient and perhaps for ‘excavated’ one should read ‘carved’..

"This information about Thomas Shaw's involvement puts the whole thing a bit more in place.

As we know, he was travelling for eleven years in North Africa, Carthage, etc.,  and in the book, which he published about the travels, he laments a lot on the destruction of classical places by the native people, i.e. mainly arabs. After his return he was appointed Regius Professor of Greek which means that he knew a few things about classical art which can be a token for the quality of objects he collected. He gave it to the Taberdars in 1741, the year when he was appointed Regius Professor, and just for us at Queen's, a pride that he did give it to us and not to St Edmunds' of which he was the Principle by this time.

On another note, he was the most incredible scholar and,  as a 'byproduct', made maps of the places he travelled on horseback or camel, chased by harammies. I superimposed the Google map over his Tunis map to find that even the biggest difference is only 0.5 degree in a few places, otherwise it is pretty accurate". 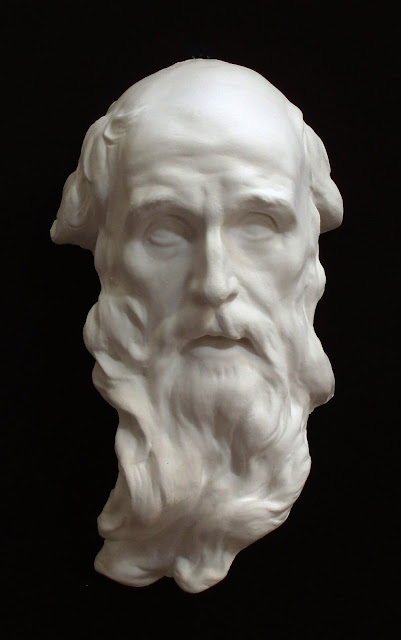 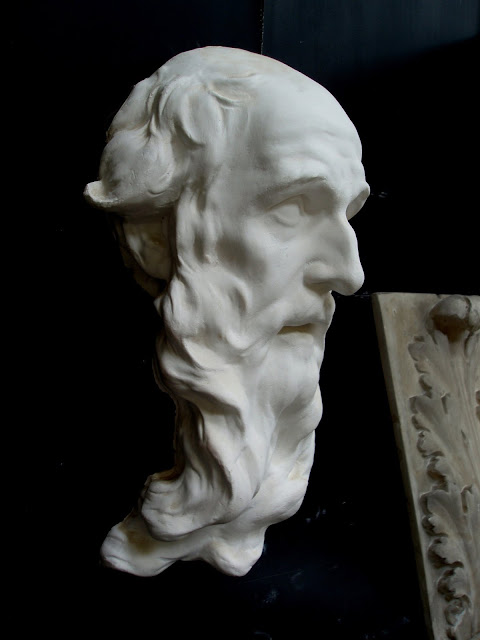 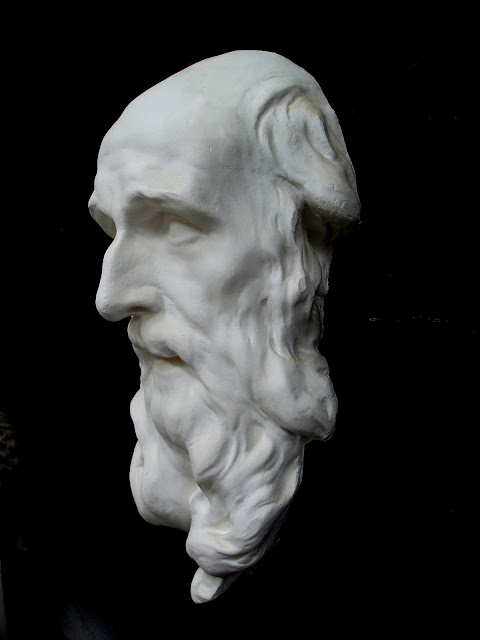 Posted by David Bridgwater at 10:10