Here a tentative suggestion of  the work of John and Matthias Christmas.

I intend in due course to put together some fairly in depth pieces on Hubert le Sueur, his workshop and his contemporaries with particular reference to the bust of Charles I in the Bodleian Library, Oxford.

Pevsner and Margaret Whinney both suggest that this bust was cast by Hubert le Sueur (d.1658).
Another less likely candidate is the Florentine Francisco Fanelli.

Given the lumpiness of most of the work of le Sueuer. He appears to have been much more skilled as a bronze founder than as a modeller.

Le Sueuer came to England in 1625 in the retinue of Henrietta Maria,wife of Charles I - spent some time travelling in Italy on behalf of Charles I acquiring "moulds and patterns of certain figures and antiques there". In 1631 returned to France in 1643.

For a very brief biog of Le Sueur see - https://www.royalcollection.org.uk/collection/people/hubert-le-sueur-c-1580-1658#/type/creator

I have recently posted some notes on Francesco Fanelli and in looking at works previously attributed to him I came across the wall monuments to Penelope and Anne Noel in the Gainsborough Chapel in st James' Church Chipping Camden attributed by Dr Clive Easter to John and Matthias Christmas whilst at this point I have not looked closely at their work the detail of the lace on the front of the bust of Anne Noel is quite similar to the work on the bust pictured below. 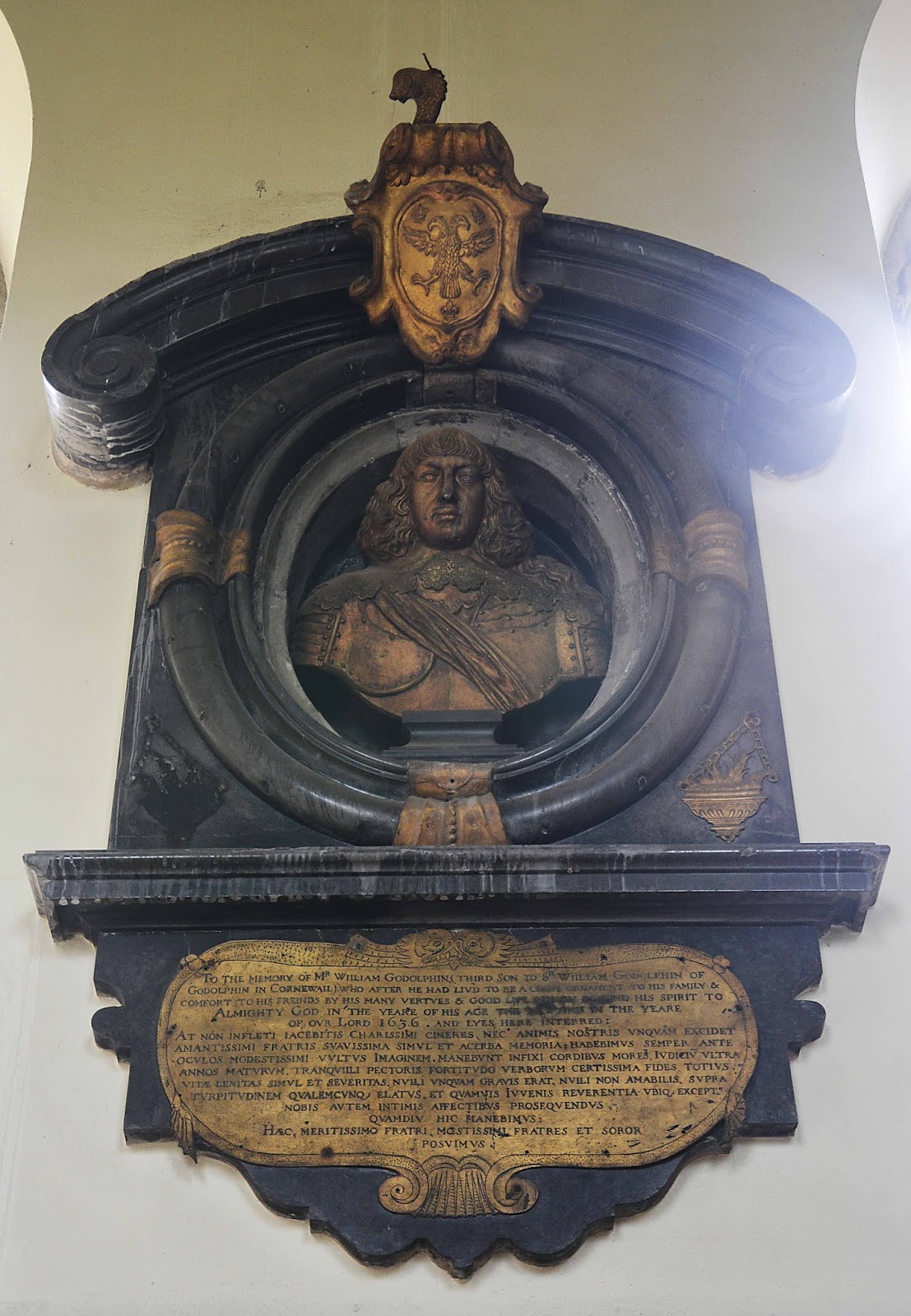 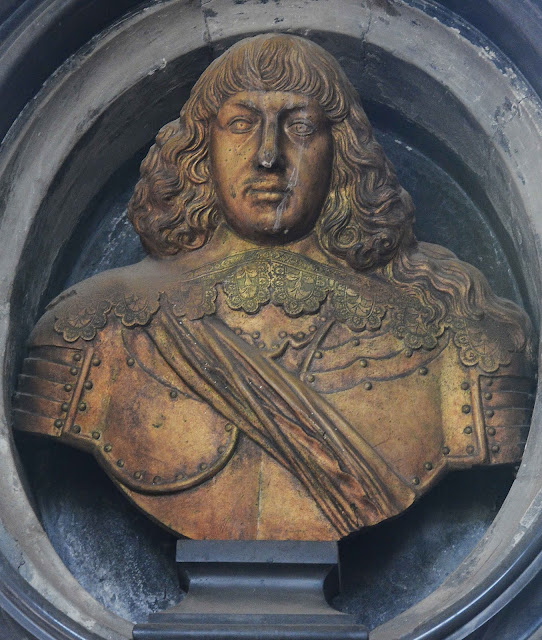 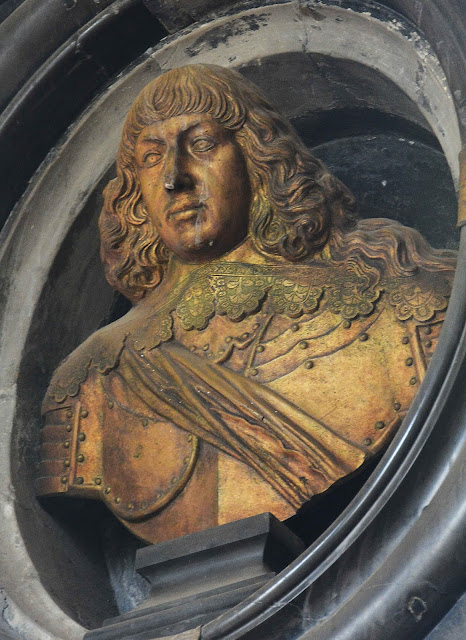 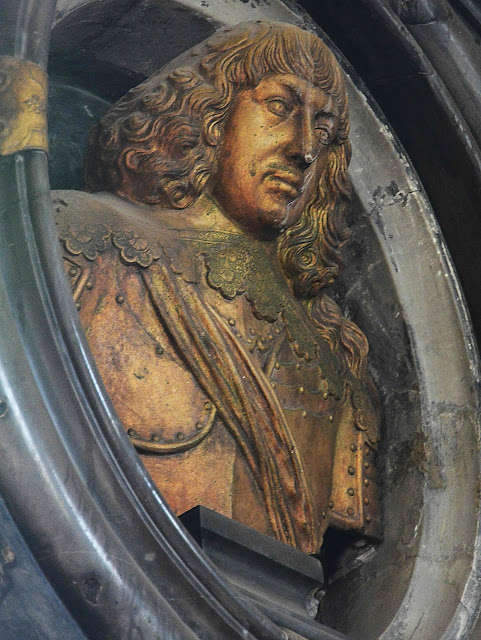 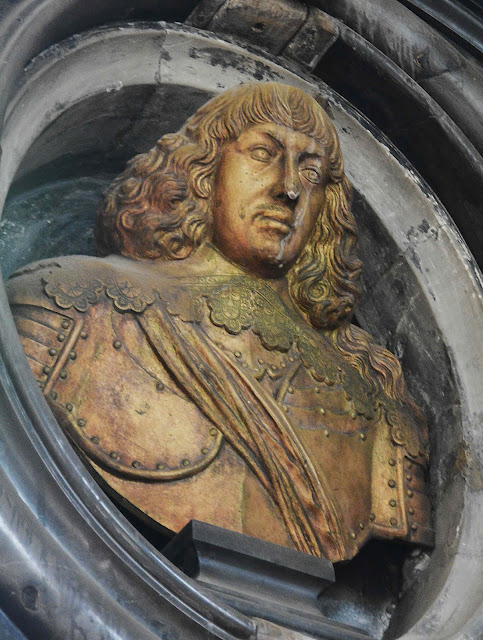 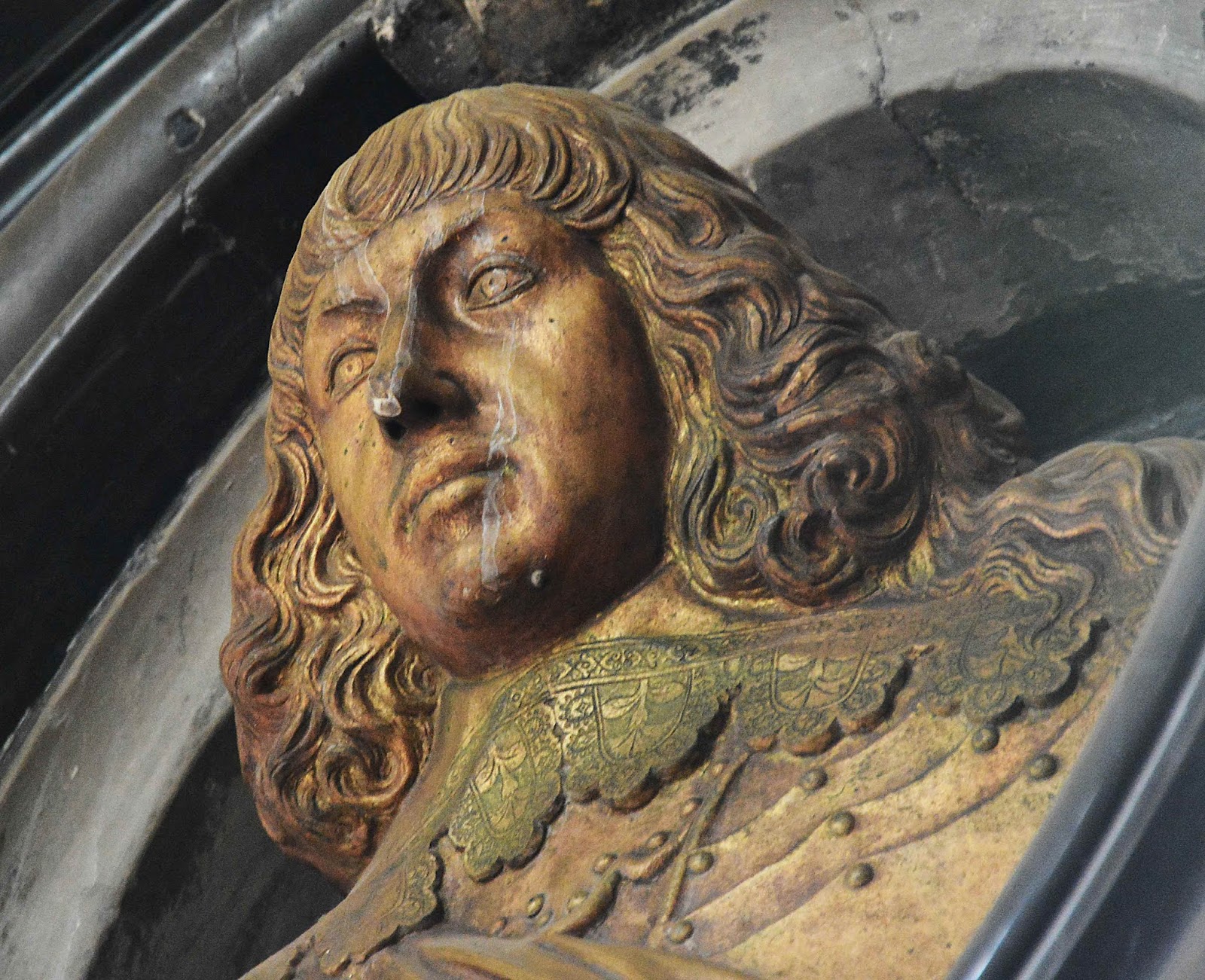 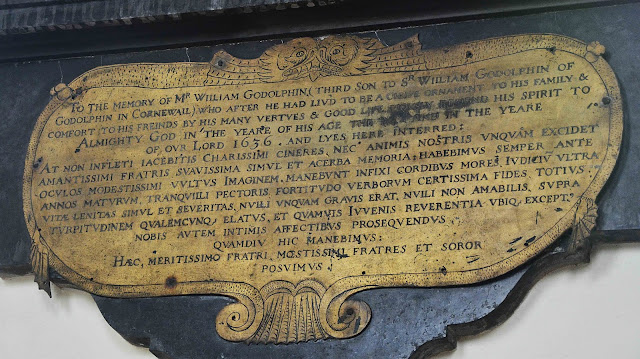 Photographed in very poor light by the author. 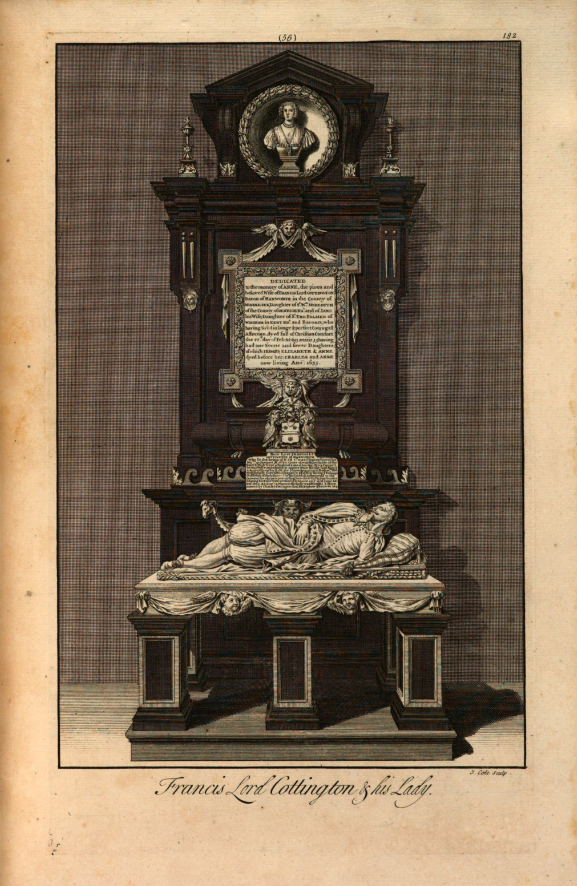 Posted by David Bridgwater at 05:22