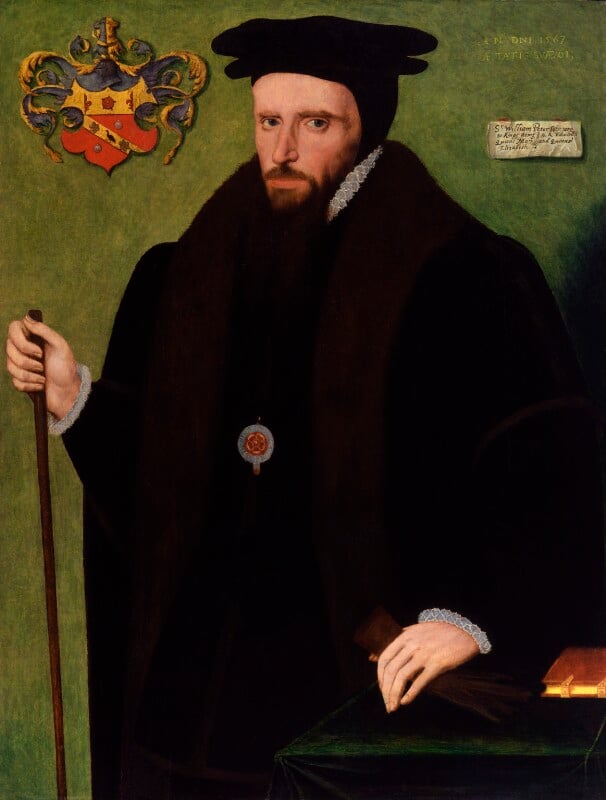 Petre acquired the lease of the monastic lands at Montacute after the dissolution of the priory there in 1539. He sub-let to the Phelips family who built the present house at the end of the sixteenth century.
The piece of paper which is depicted in this portrait of Petre as if attached to the wall is known as a 'cartellino'. It states that Petre was Secretary of State to Henry VIII, Edward VI, Mary I and Elizabeth I. This form of cartellino was added to paintings in the collection of John, Lord Lumley and is not original to the portrait. 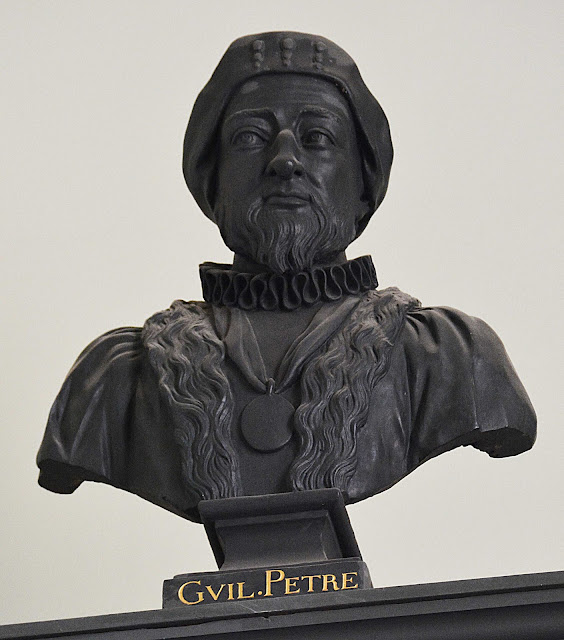 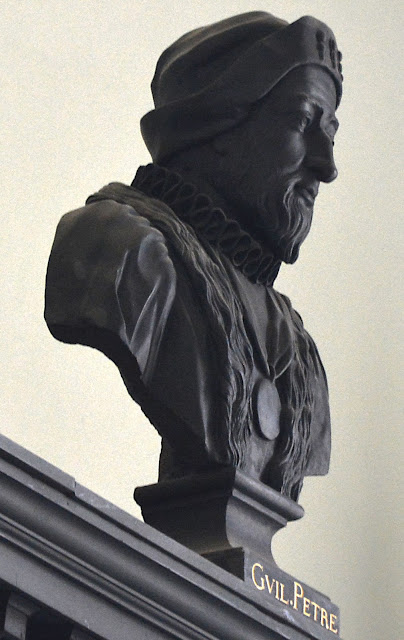 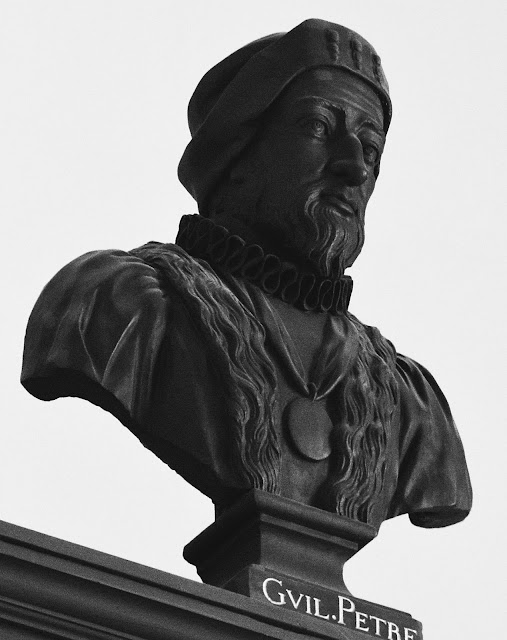 This painting if not based on a missing original would appear to be at least partly basted on the Cheere bust - note the similarities in the head gear.

Posted by David Bridgwater at 02:15