Fellow of All Souls College. M.P. for the University of Oxford, Architect.

A Fellow of All Souls from 1680 until his death, George Clarke had a political career as MP, Judge-Advocate of the Army, Secretary at War and in the Admiralty. He then became the University’s leading authority on aesthetic matters, designed Oxford Almanacks, and was involved in all major building projects.

He inherited books and papers from his father Sir William Clarke (Secretary at War to the Commonwealth and Charles II), collected books, manuscripts, prints, drawings, and paintings, and acquired most of Inigo Jones’s library.

Disgusted by quarrels at All Souls, he left the bulk of his estate to the newly founded Worcester College, whose buildings he designed.


Curiously I could not locate any engraved portraits of Dr George Clarke - very surprising given his collecting habits and his interest in the visual arts. This suggests that John Cheere will probably have visited All Souls or Worcester College, Oxford to inspect the portraits in order to create his bust of Clarke. 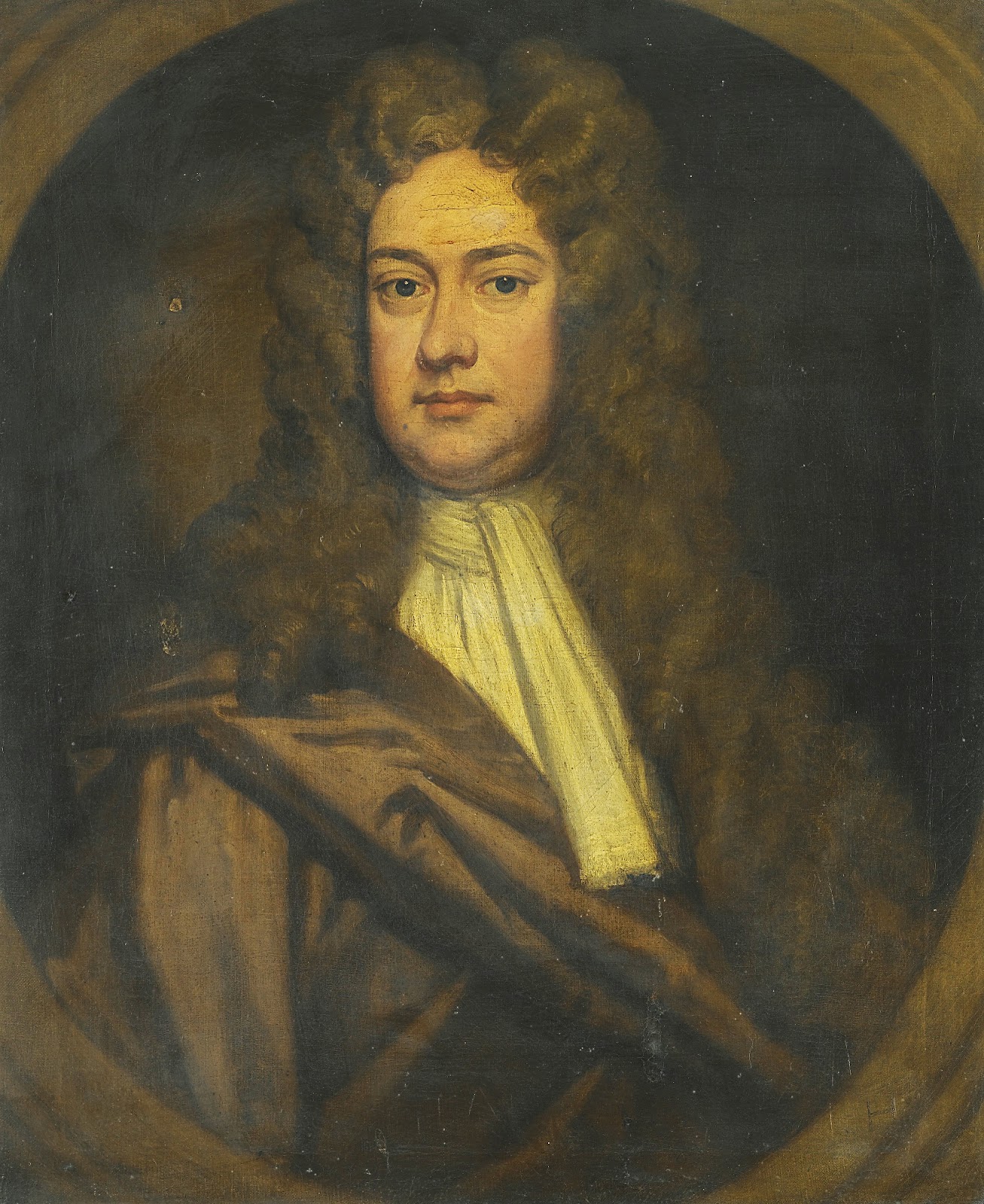 Inscribed on two old labels, verso: This belongs to Lord Hyde, and: In Mary Shaw's legacy / to Lord Cornbury.

sitter was the the son of Sir William Clarke, Secretary of War for the King during the Civil War. A Fellow of All Souls, and M.P. for Oxford University in 1685 (and later from 1717 to 1736), Clarke was himself Secretary of War from 1692 to 1704, Secretary to Prince George of Denmark when Lord High Admiral, and Lord of the Admiralty from 1712 to 1714. A prominent figure at court from a noted Royalist family, Clarke appears to have been a close friend of Henry Hyde, Lord Cornbury, later  2nd Earl of Clarendon, who inherited this painting from his father's secretary. It relates to two portraits at Worcester College, Oxford,(below) one of which is inscribed with the sitter's name.

Information above from Sotheby's see - 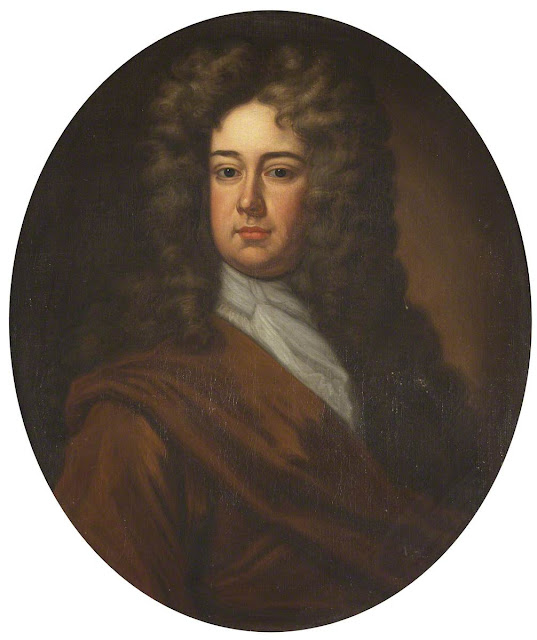 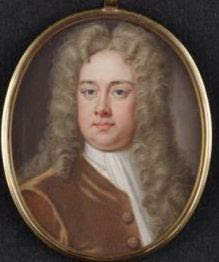 This miniature, after the oil portrait (school of Sir Godfrey Kneller) in Worcester College, has a gilt frame with Clarke’s monogram on the reverse.
It was bequeathed by Clarke to John Michel, 1736. 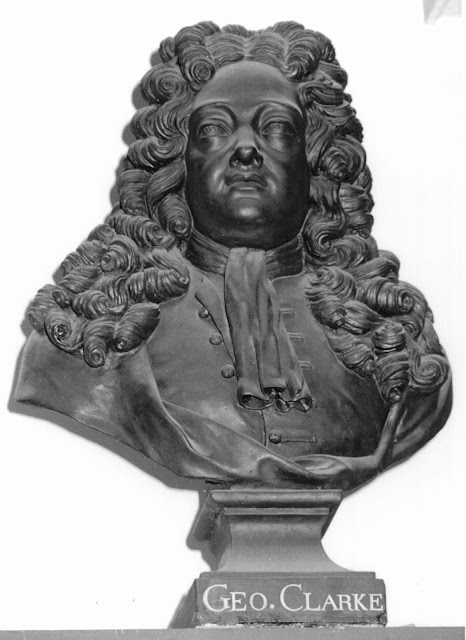 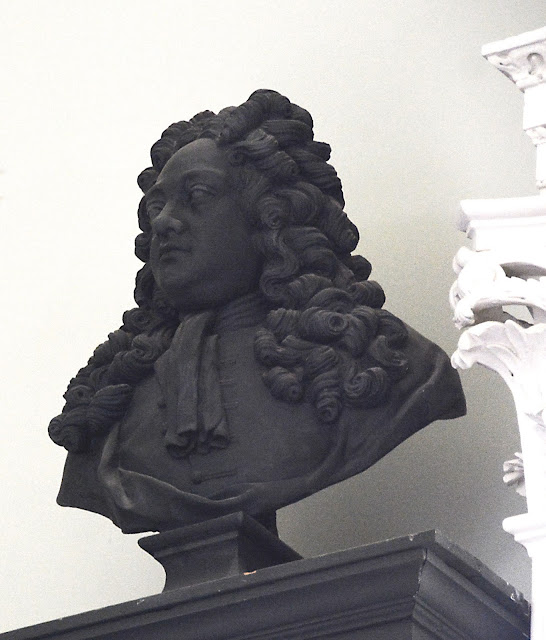 For the Print Collection of George Clarke at Worcester College, Oxford.
see - http://prints.worc.ox.ac.uk/history.html