this entry has been updated  and the bust has been re attributed.

This impressive bust narrowly missed destruction when deposited on a builders skip during refurbishments at Queen's in the mid 20th Century. Fortunately it was rescued and is currently in store deep in the bowels of Queen's College awaiting cleaning and minor restorations.

At first glance this would appear to be a plaster library bust of an anonymous philosopher perhaps originally one of a set, but I have so far been unable to identify it or discover another example. The sweep of the beard is unusual if not unique in English busts of the period.

It has been suggested that it resembles the heads of Tiw or Seatern, the Saxon deities at Stowe by Michael Rysbrack (see below).

Once again I am very grateful to Graeme Salmon of Queen's College, Oxford for obtaining permission to photograph this bust and for his enthusiastic welcome and assistance when visiting Queen's College.

The rather poor photographs below were taken in very low light in a cellar at Queen's College, Oxford by the author.

I hope to get another opportunity to photograph this bust again when I return to Queen's in order to photograph the statues carved in the 1680's for Queen's by Vanderstein who had worked briefly with Grinling Gibbons. 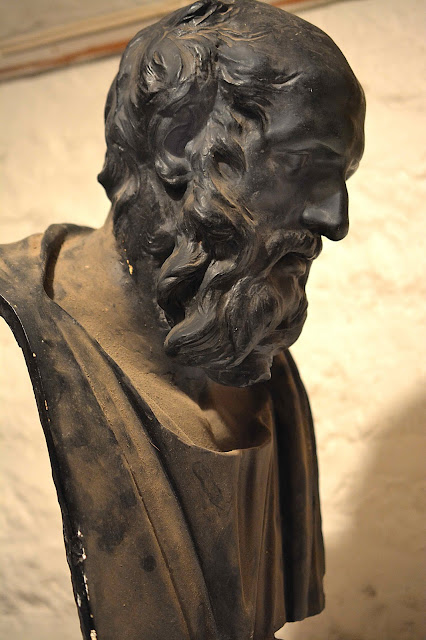 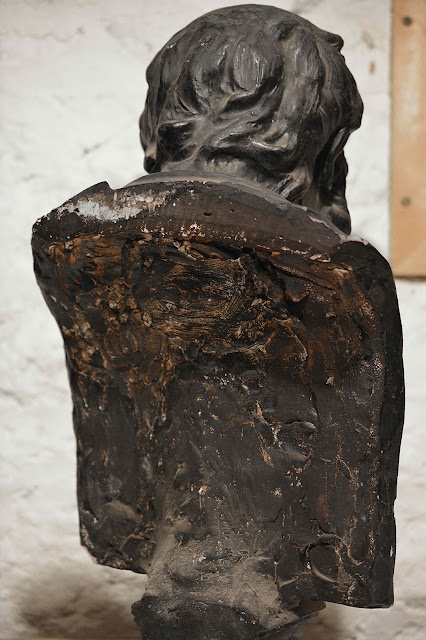 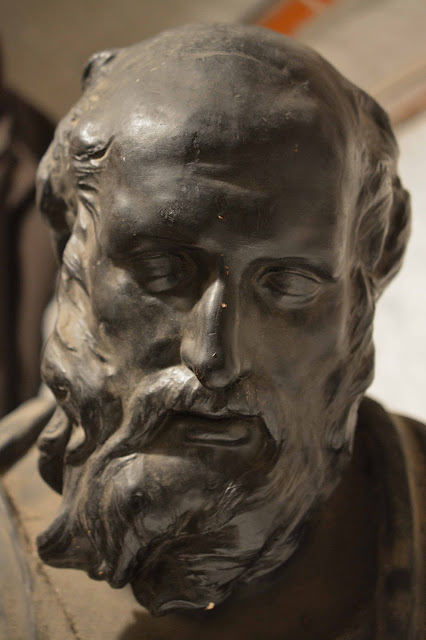 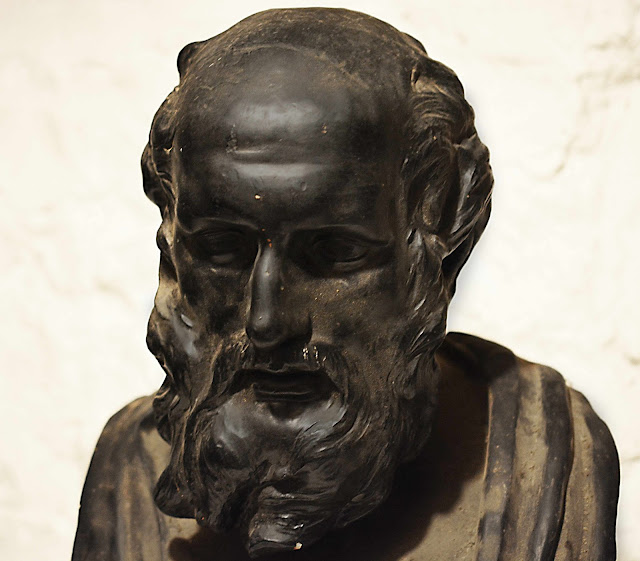 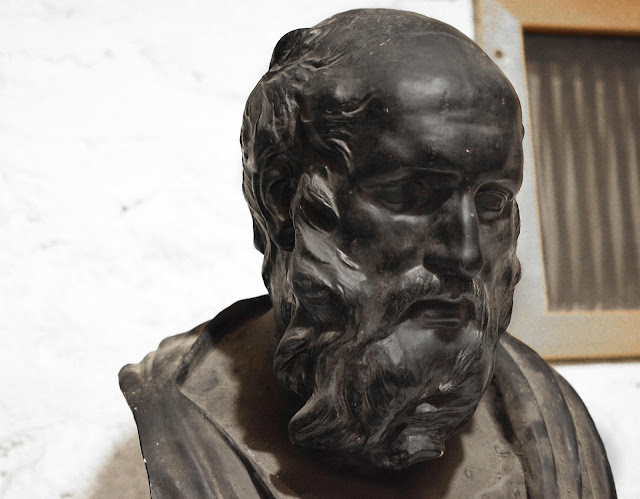 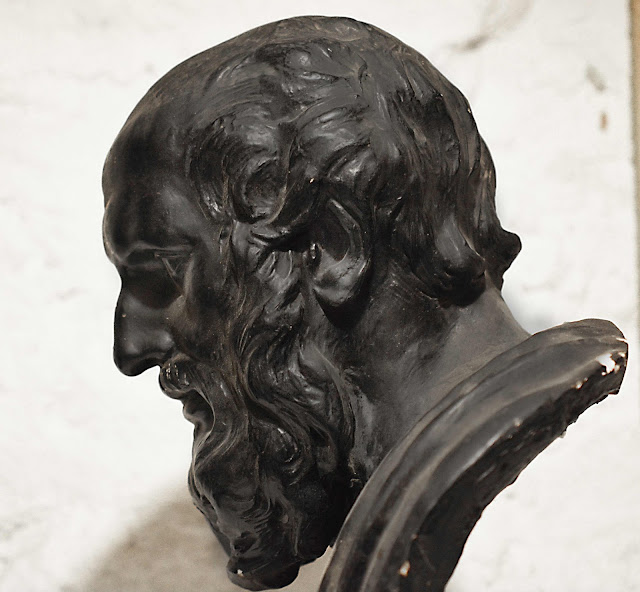 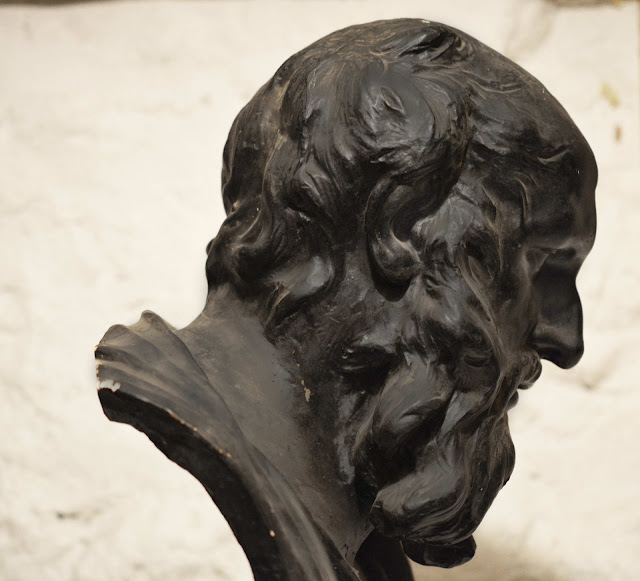 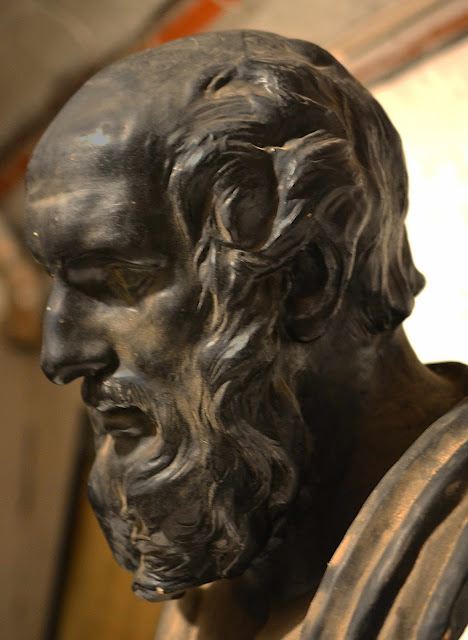 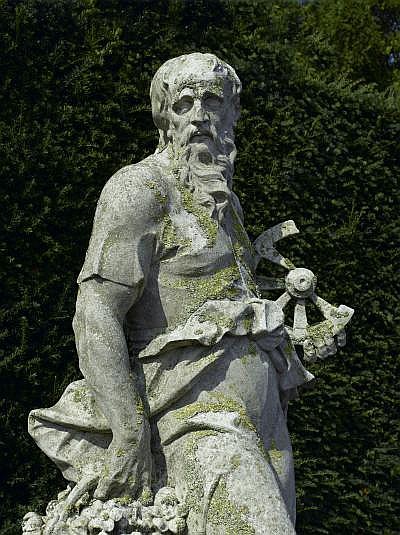 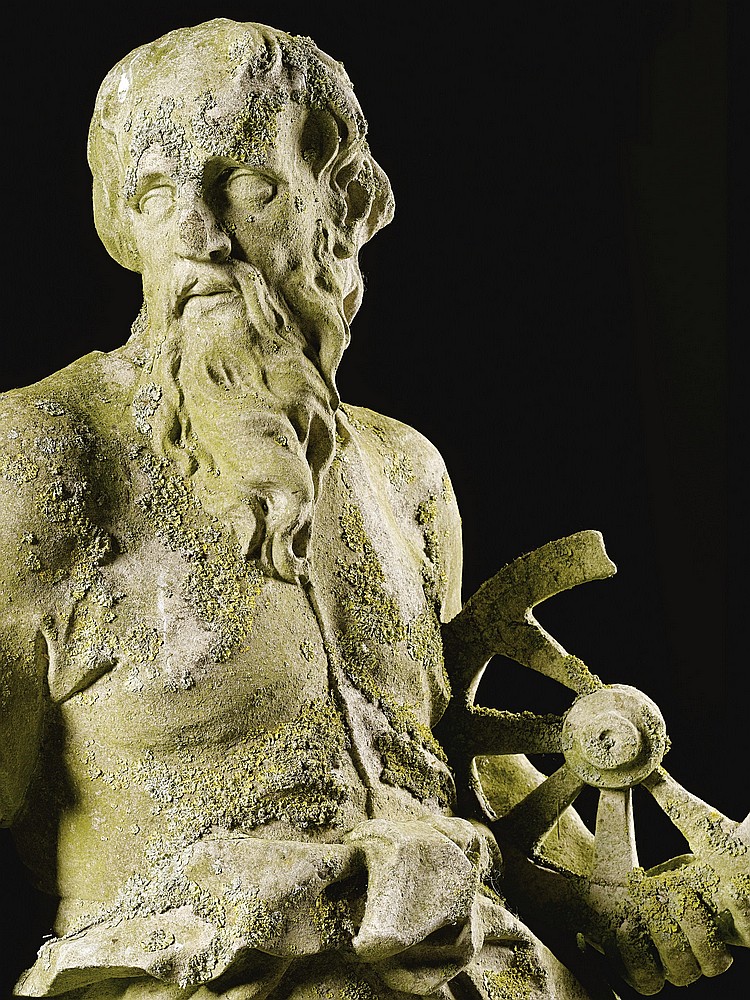 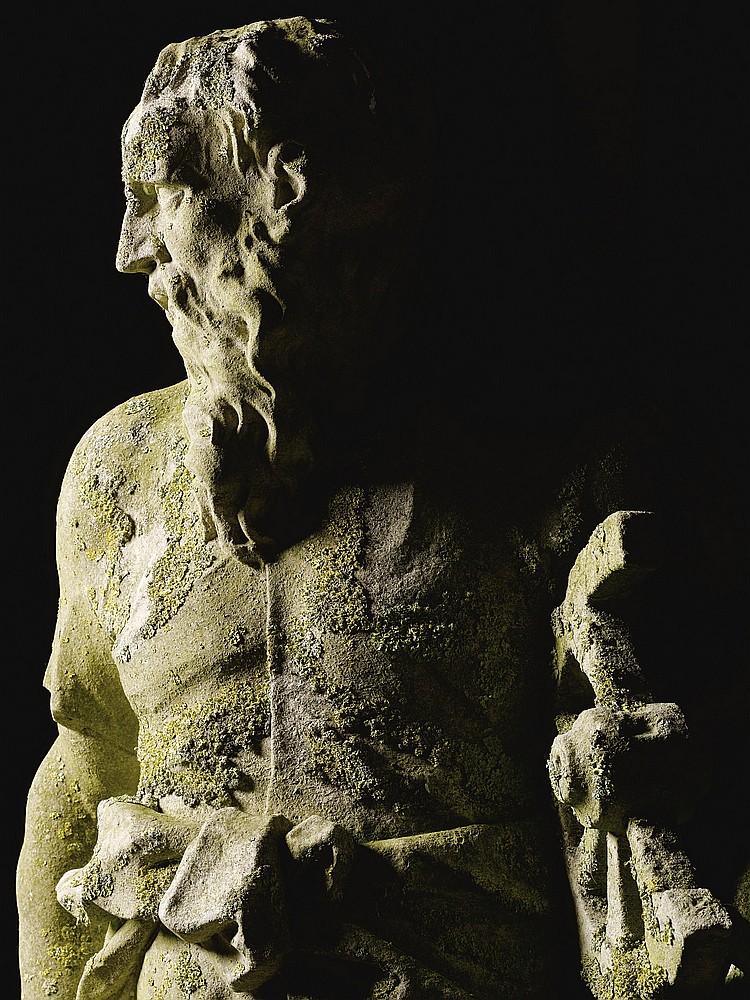 Posted by David Bridgwater at 08:05