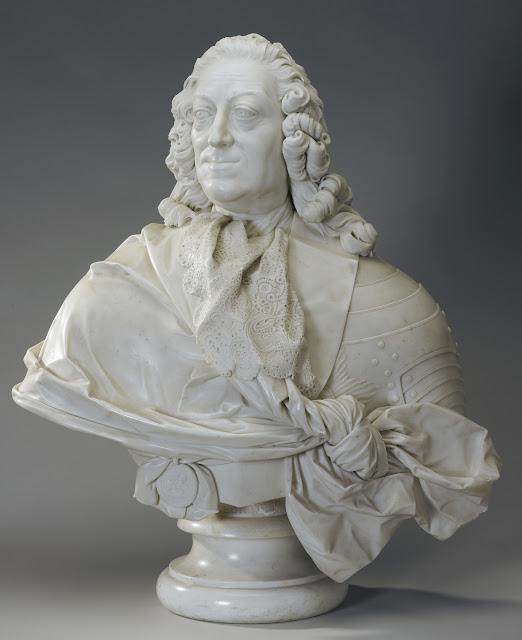 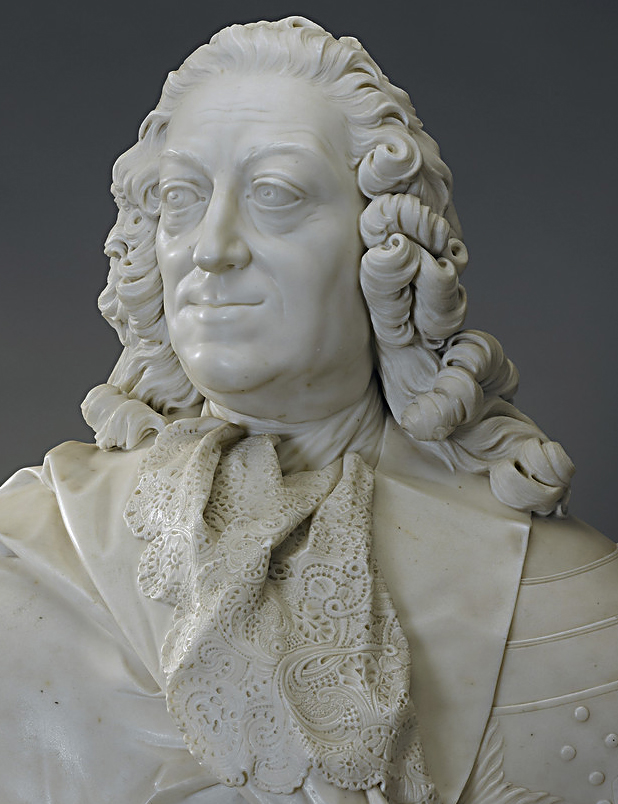 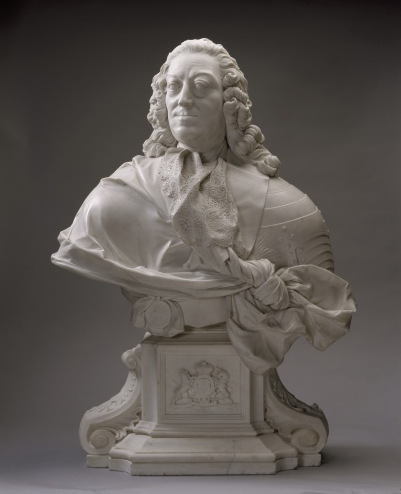 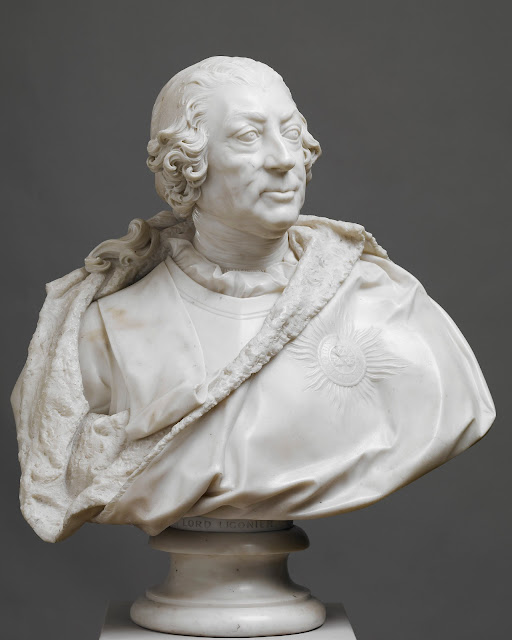 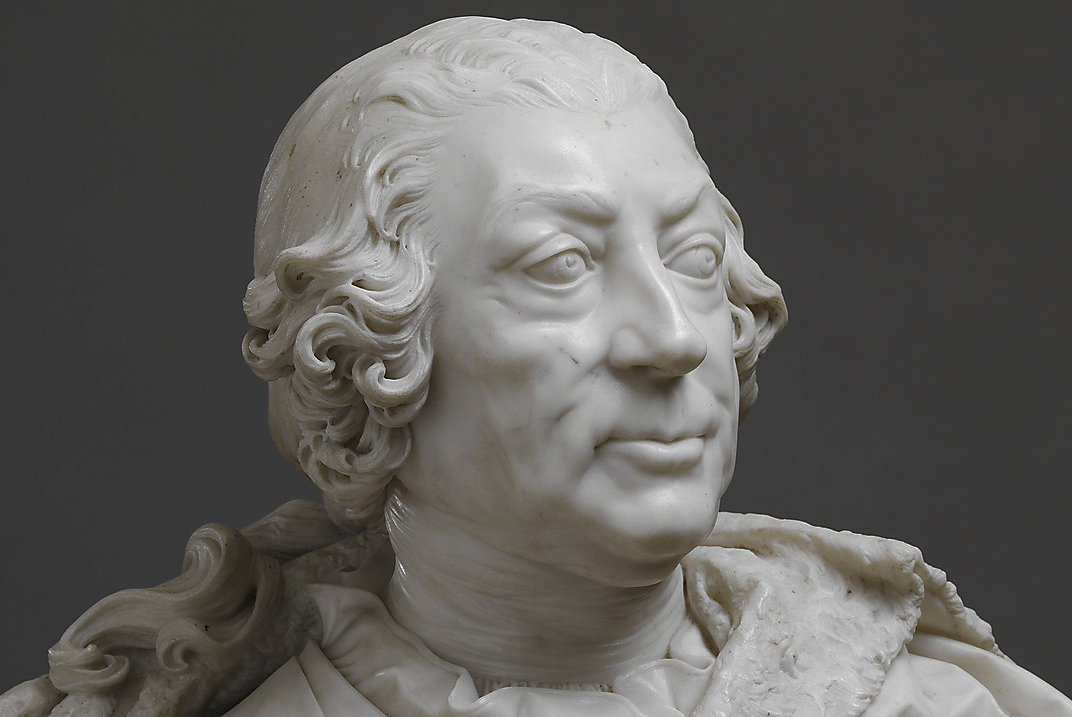 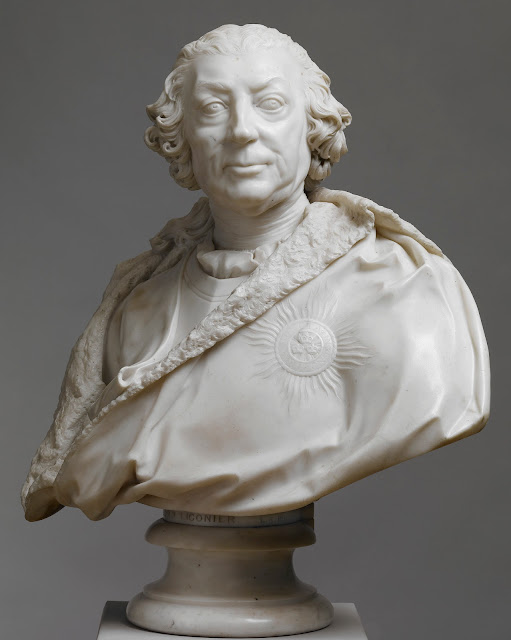 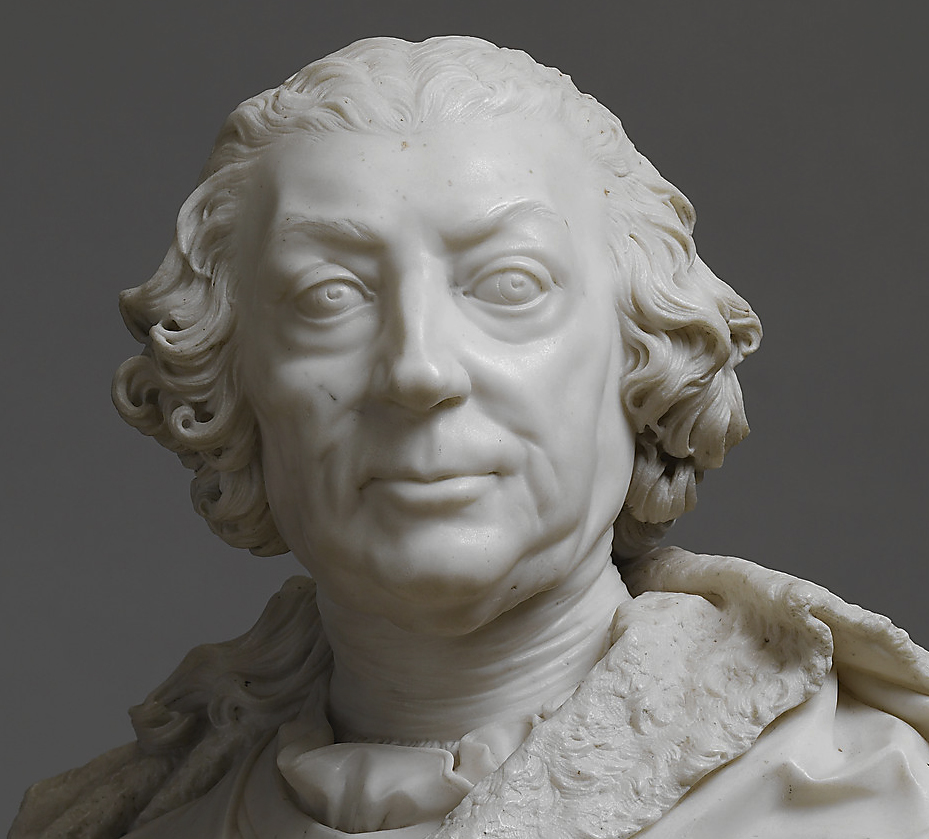 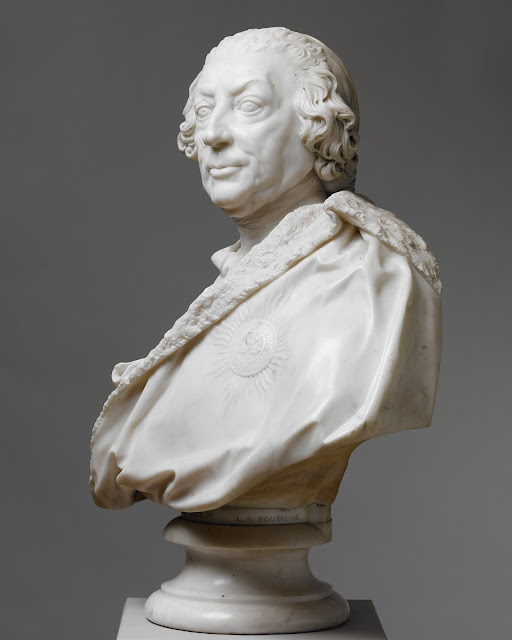 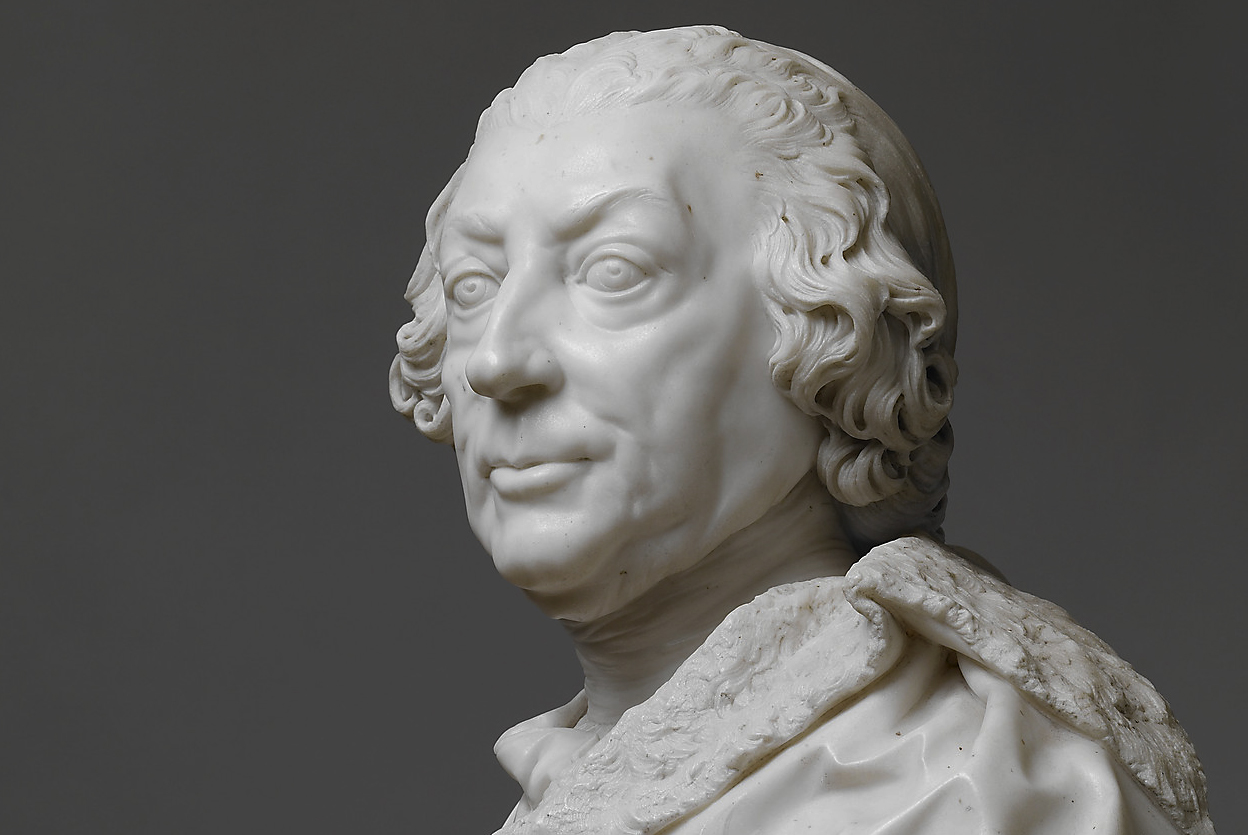 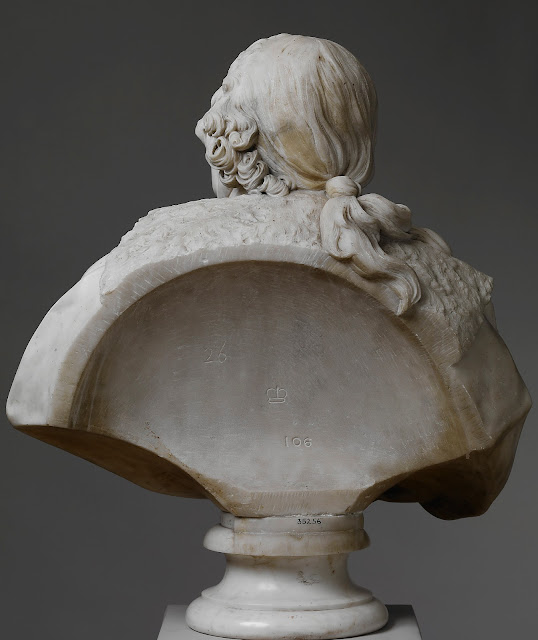 This outstanding example illustrates his ability to memorialize a character and to convince the viewer of the real presence of steel, cotton, hair, silk and fur where in fact there is only white marble. It seems likely that this bust was commissioned by or for Lord Ligonier, probably in connection with his office as Commander-in-Chief of British forces from 1757-1759. Ligonier was born at Castres in France to a Huguenot family that was forced to emigrate after 1685. He joined the British army in 1702 and was able to purchase a captaincy by 1703, attaining the rank of Field Marshal in 1766 after a career of sixty years. He served under Marlborough at Blenheim, Ramillies, Oudenarde and Malplaquet, with the Duke of Cumberland in 1745, and ultimately as Master General of the Ordnance.

He became a close confidant of George II, who invested him as a Knight of the Bath on the battlefield of Dettingen in 1743.

Aggressive by instinct and humane as a commander, he has been called the most outstanding general in the British army between Marlborough and Wellington, and in his time he shared something of their fame, and a degree of notoriety from the ‘harem’ he kept at Downe Place at Cobham in Surrey.

The different forms of signature of this bust and that of George II, RCIN 31614 suggest that Roubiliac created his portrait of Ligonier from the life but not that of the King, who may even have died before it was finished. The aged features of John, 1st Earl Ligonier are fixed with unsparing realism. His raised eyebrows which seem to scan the horizon, perhaps across an extensive battlefield, are rendered with astonishing skill.

John, 1st Earl Ligonier; by inheritance to Mrs Lloyd of Gloucester Place, London, by whom presented to George IV on 27 June 1817.

Text here lifted from the Royal Collection website but omitting the first few sentences regarding Roubiliac working with Balthazar Permoser in Dresden, which so far has not been confirmed.

Posted by David Bridgwater at 05:07