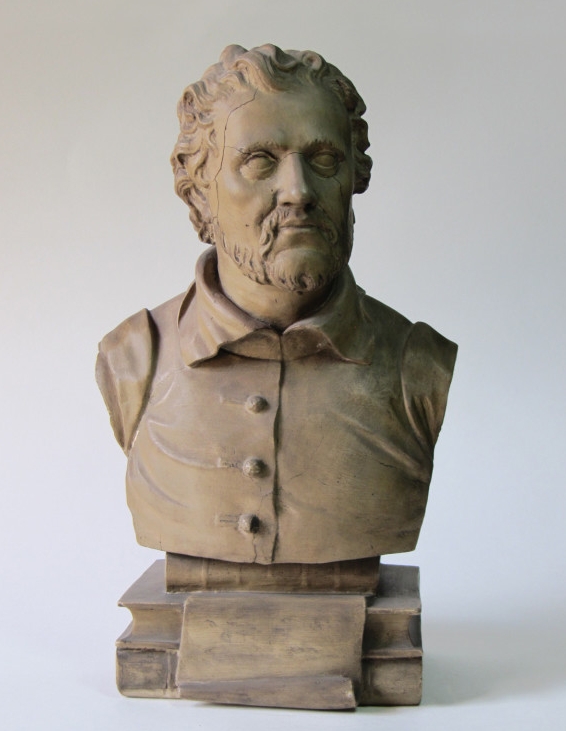 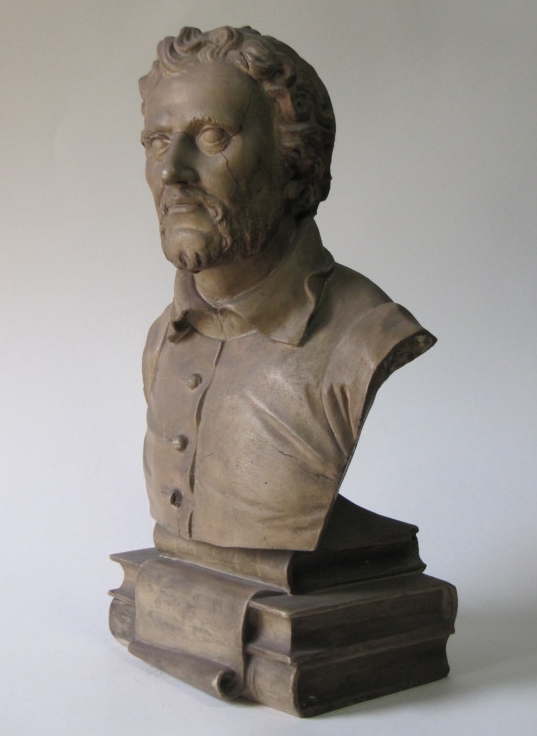 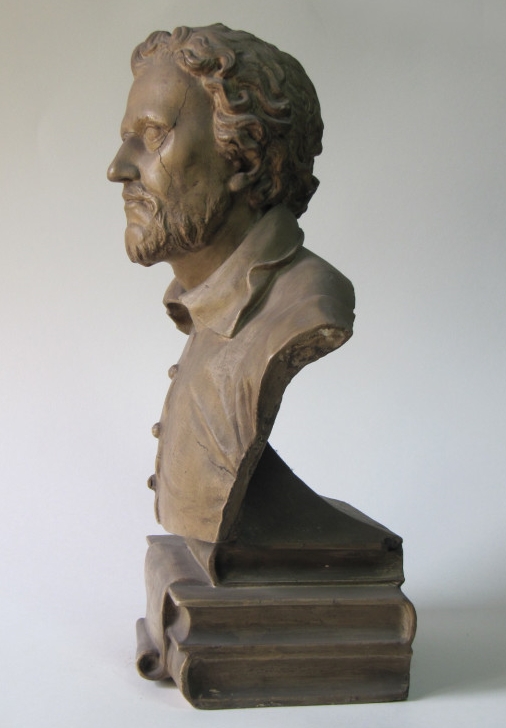 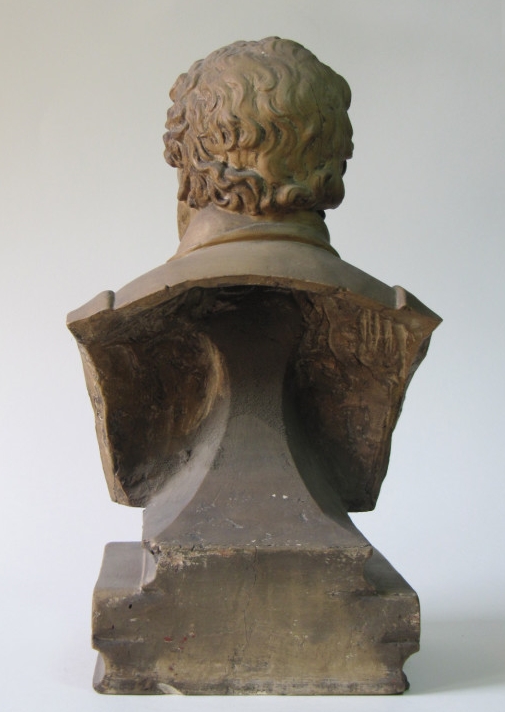 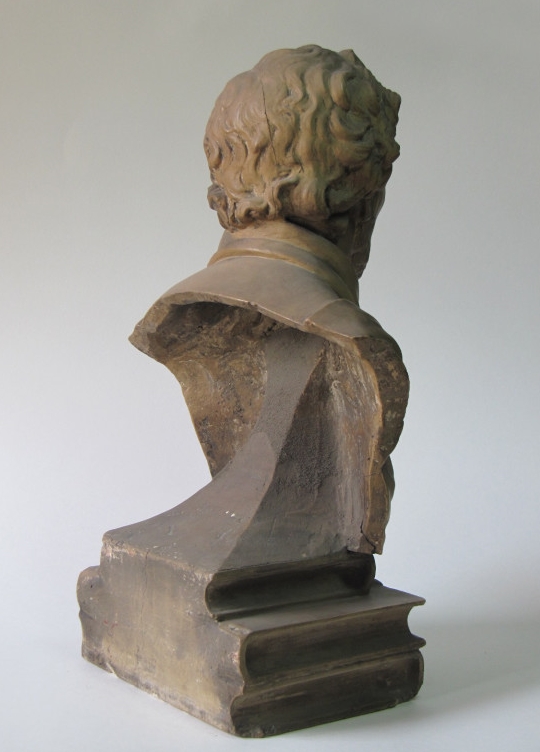 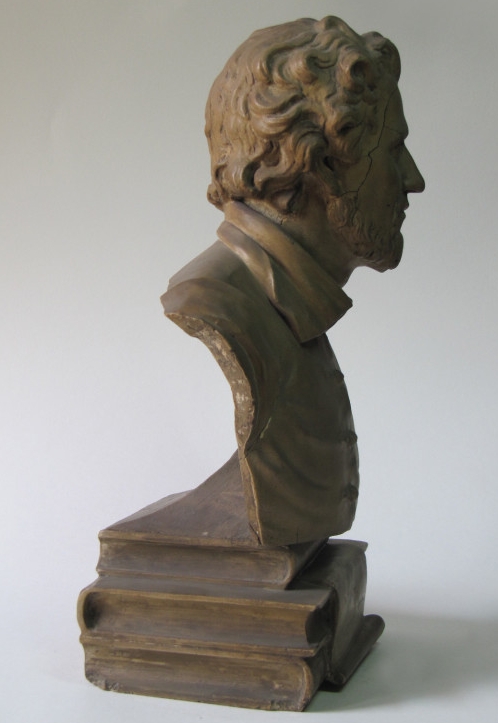 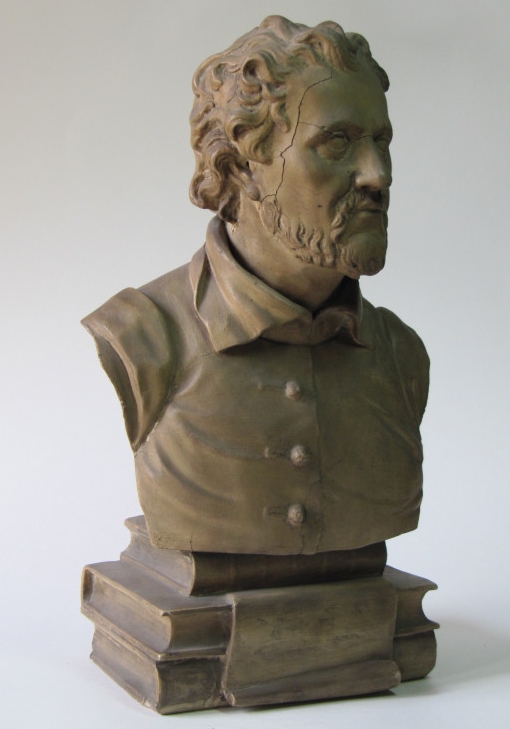 As far as I can tell this would seem to be a unique bust.

The support of the pile of books is also only seen on this bust and the busts of Camden and Shakespeare - all three at the Soane Museum.
(see my next two posts).

The first mention of this particular bust, that I can find is in Handbook to the Public Galleries of Art in or near London ......  Mrs Anna Jameson. 1842.

A fuller description appears in A General Description of Sir John Soan's Museum... 1844.(below). 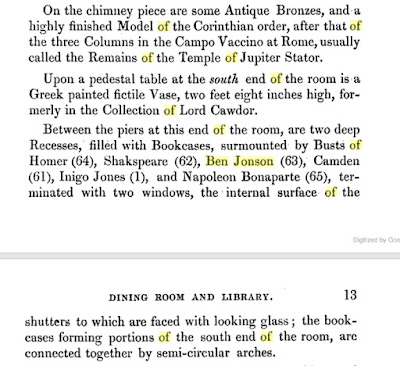 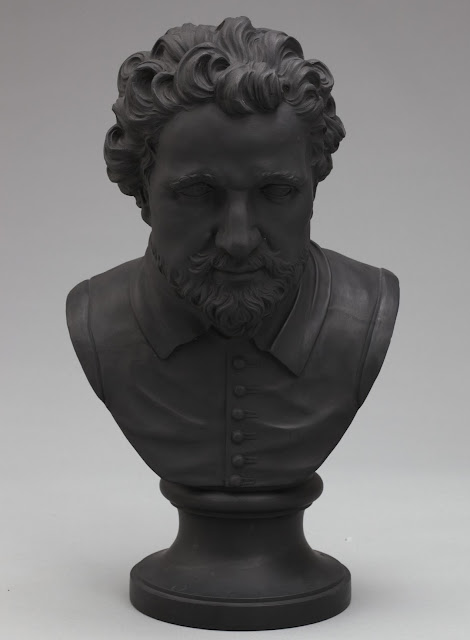 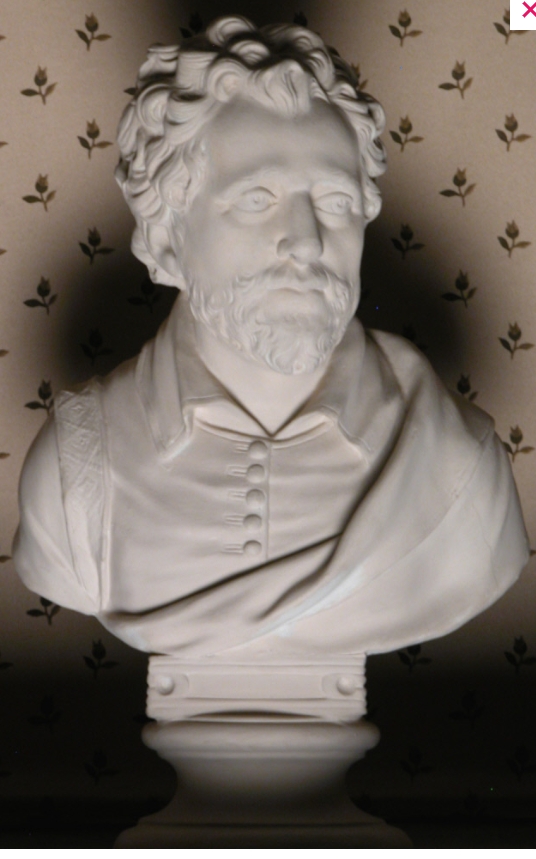 Bust of Ben Jonson (or is it Edmund Spenser?)
From a set of four busts by Robert Shout.
Marked on the back Made and sold by R Shout Holborn
Plaster
Sudbury House Derbyshire
On loan from Hughenden House, Bucks.
National Trust.
Photograph - National Trust.

For more on the Sudbury busts see - 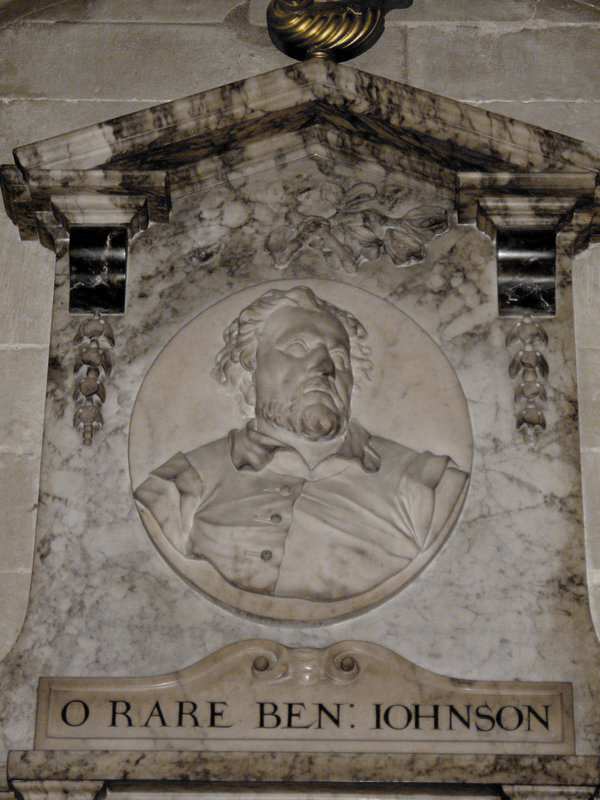 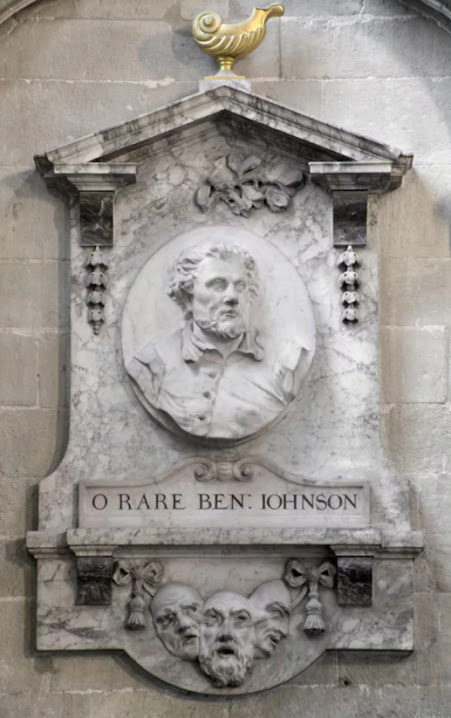 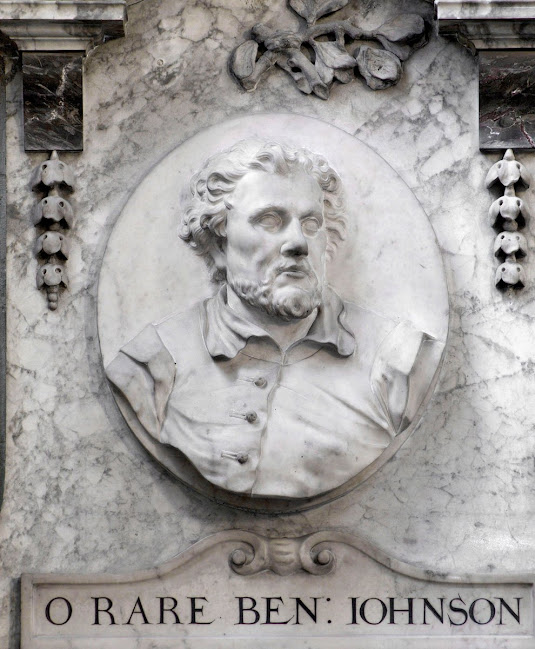 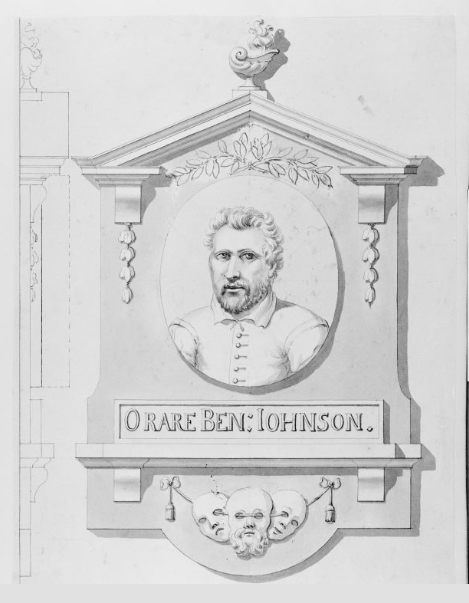 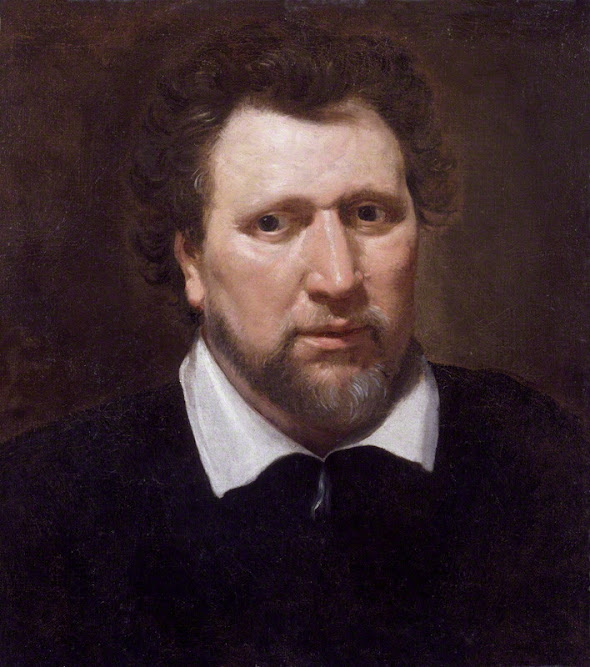 Ben Jonson
Abraham van Blyenburch (d.1624)
Oil on Canvas
47 x 41.8 cms
National Portrait Gallery
One of several versions this one believed to be the original. One at Welbeck Abbey, another at Knole. 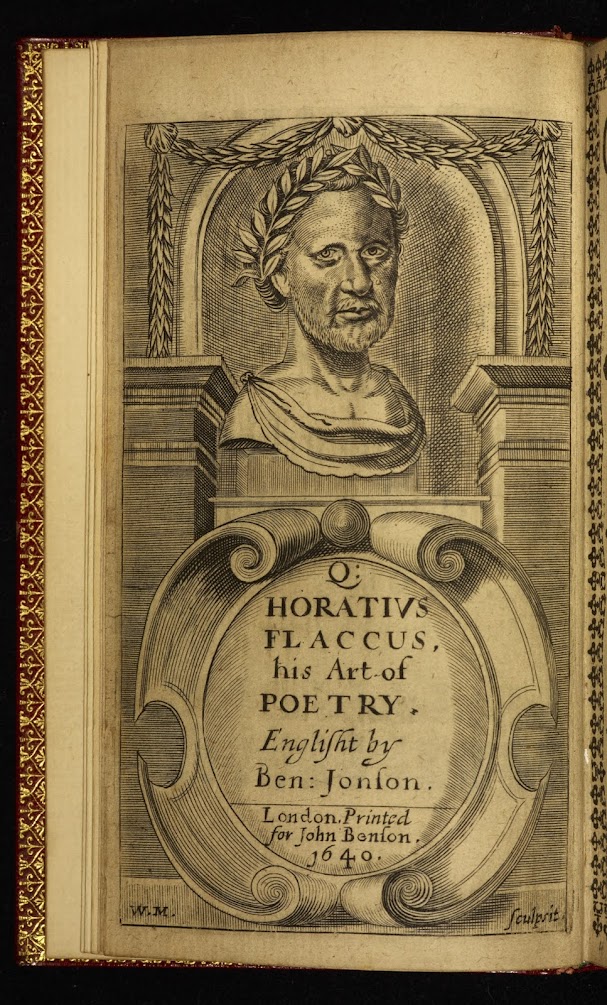 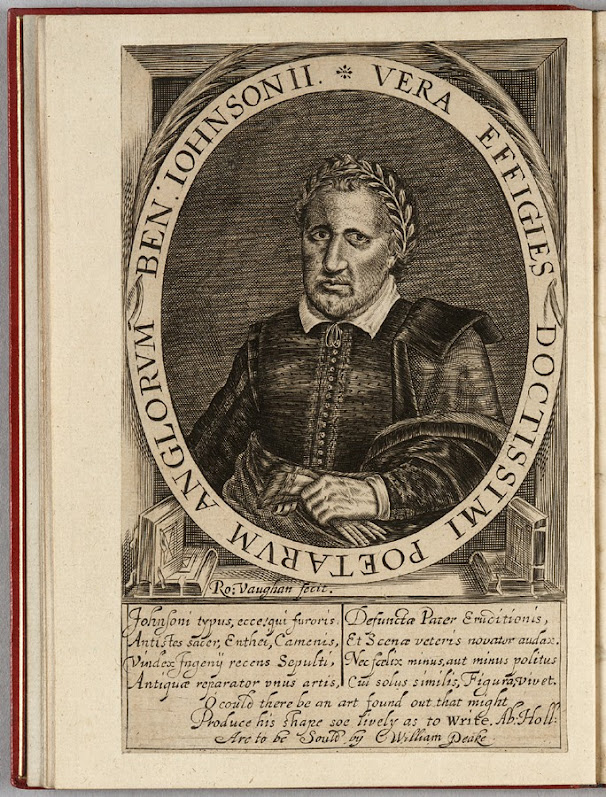 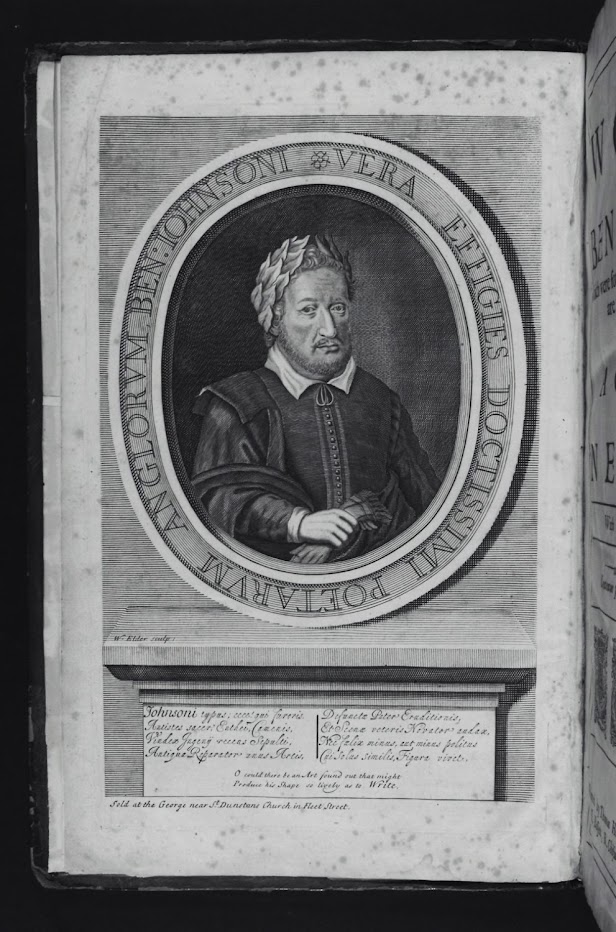 Ben Jonson by William Elder
Engraved Frontispiece to the works of Ben Jonson, 1692. 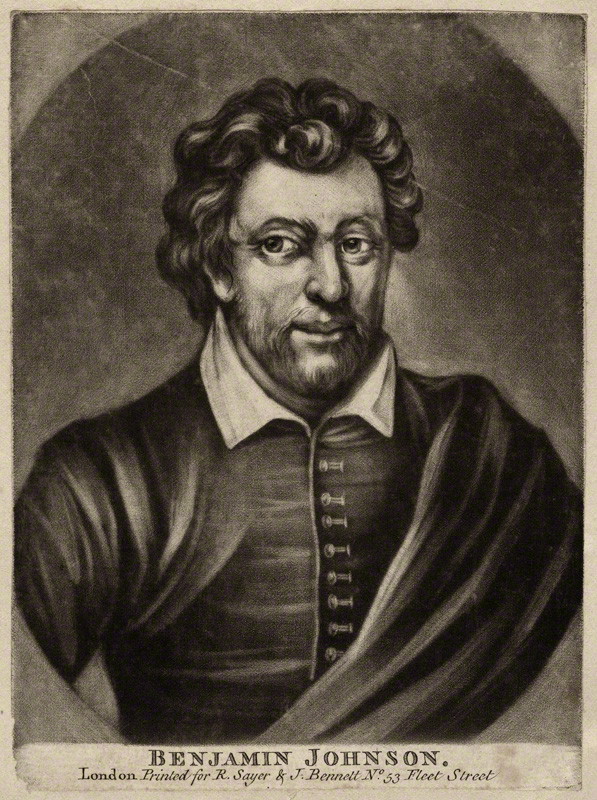 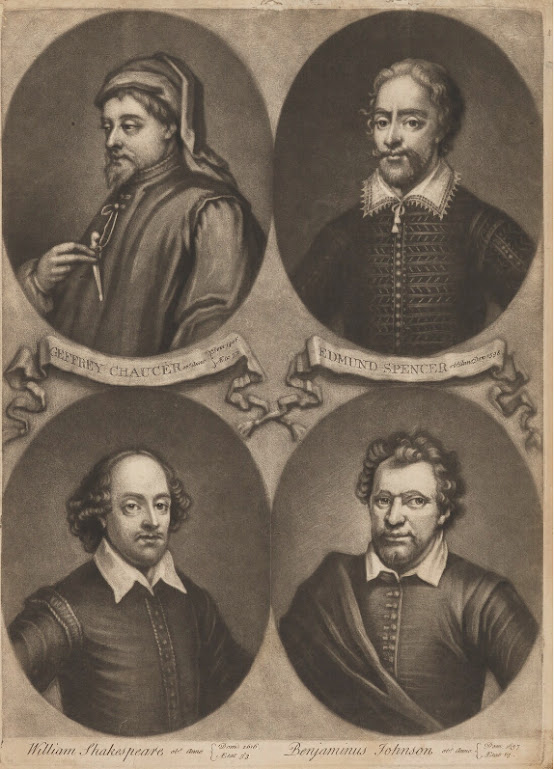 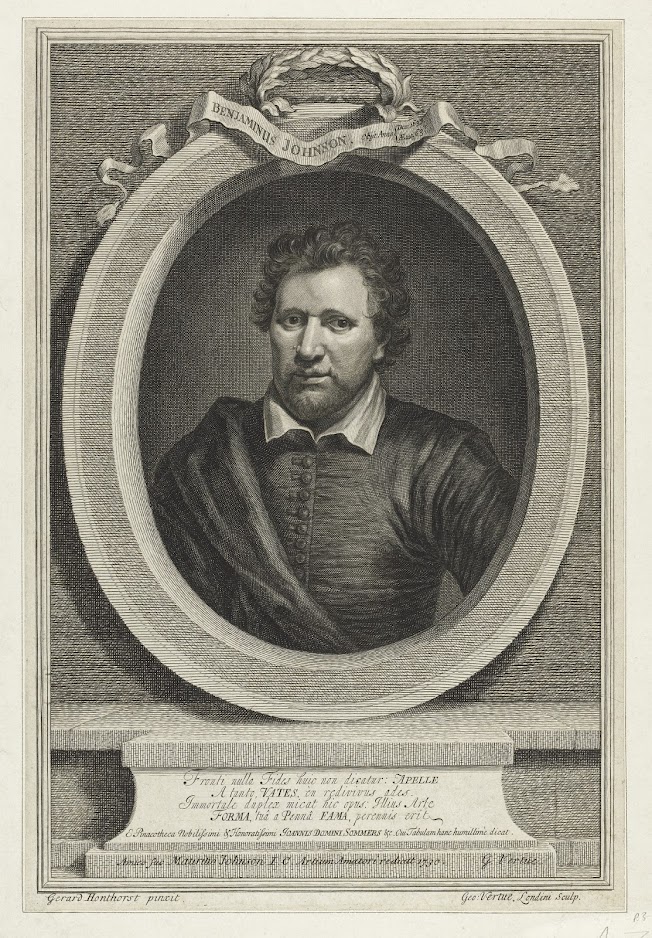 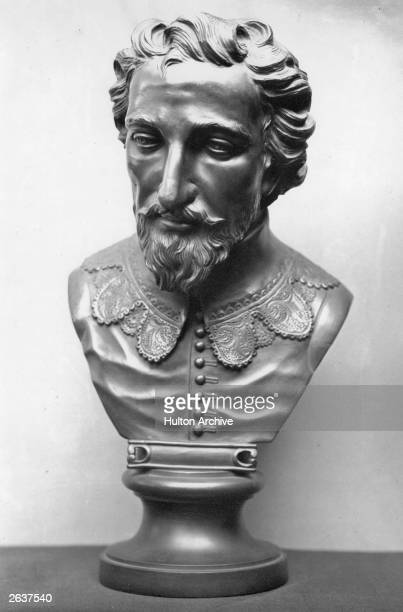 The Wedgwood bust described as Ben Jonson
see Wedgwood bust of Spenser below.
This image is lifted from the Getty Museum website
No date or size given.

A bill from Hoskins and Grant sent in January 1775 includes a bust of Ben Jonson, Swift, Milton Chaucer, Spenser
The original sculptor of this bust, so far remains obscure but is possibly from the Cheere workshop.
They say prepared and finished by the Wedgwood sculptor Keeling.
For a very useful overview of the Wedgwood Manufactory see -
https://archive.org/stream/wedgwoodhandbook00mete#page/202/mode/2up/search/Bust 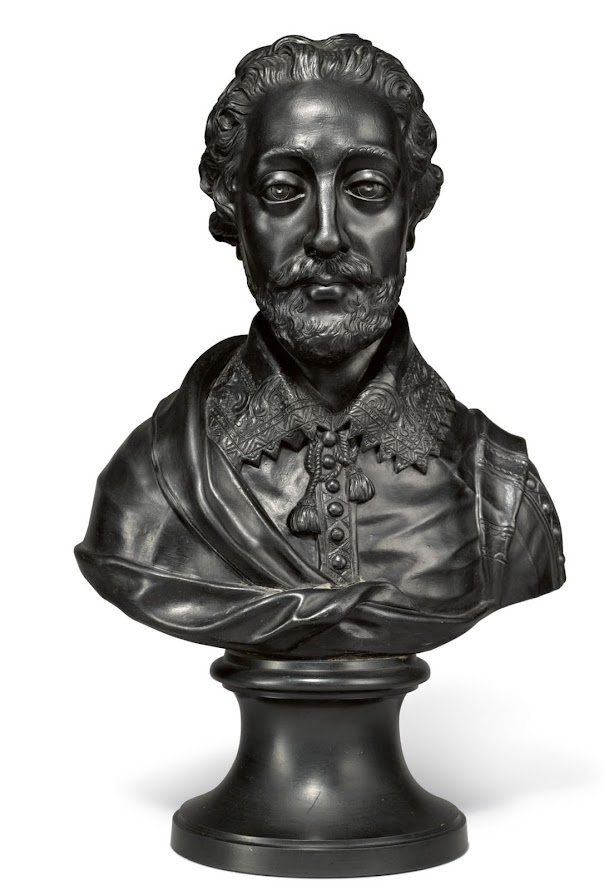 This bust is loosly related to the bust of Spenser by Scheemakers at Hagley Hall. (see below)

In 1769 the sculptor P. Theodore Park sent a bill to Wedgwood for modeling several statues including Spenser. A second example which had been in the collection of Frederick Rathbone is illustrated in Captain M. H. Grant, The Makers of Black Basalts, London, 1967, pl. XLIV, no. 1.


This suggests that a cast of Spenser after Scheemakers was available in the mid 18th century perhaps adapted by John Cheere. 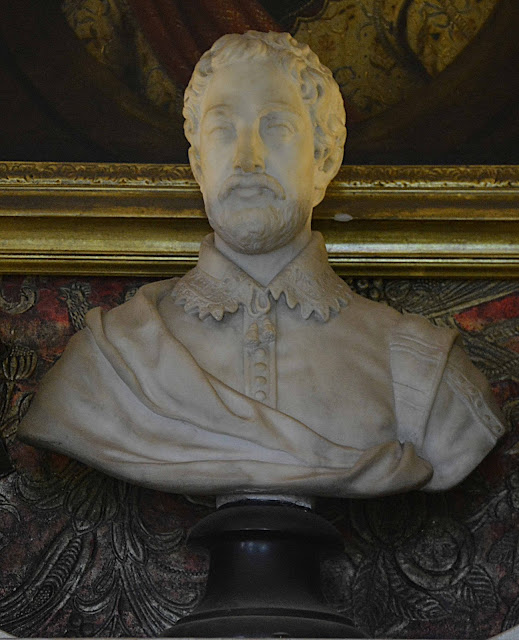 Half  Life Size Marble bust of Edmund Spenser
Pieter Scheemakers
in the Library at Hagley Hall, Worcestershire.
Photograph by the author

The four busts of Shakespeare, Spenser, Dryden and Milton by Peter Scheemakers in the broken pediments of the bookcases in the Library at Hagley Hall were given to Alexander Pope by Frederick, Prince of Wales; they were bequeathed by Pope, who died in 1743 to Lord Lyttelton.

A bill for £107 4s was examined by William Kent as overseer and paid 22 November 1735, included the set of busts charged at £10 each (Duchy of Cornwall Household Accounts) it is unclear whether they were for the library at Carlton House or for Kents magnificent saloon in the Rotunda in the garden, built in 1735  -  (adorned with paintings and sculpture - see Grub Street Journal 2 September 1735)

I am very much indebted here to this website - 3 pages.
An Essay by Karen Hearn
http://universitypublishingonline.org/cambridge/benjonson/k/essays/jonsons_images_essay/1/
This website is extremely good for an in depth look at  and his portraits.

My post here is primarily concerned with the visual representations of Jonson
Posted by David Bridgwater at 08:25