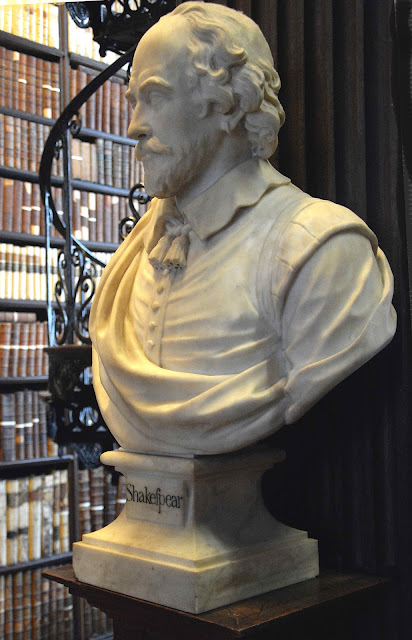 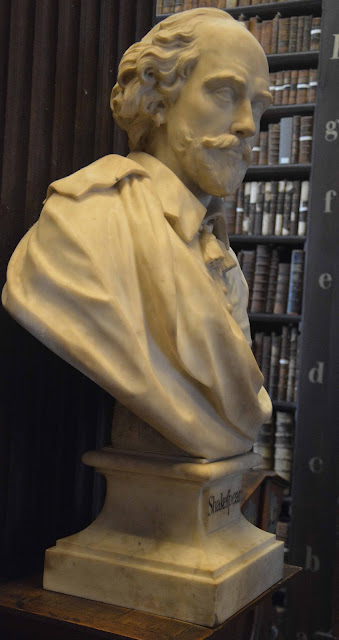 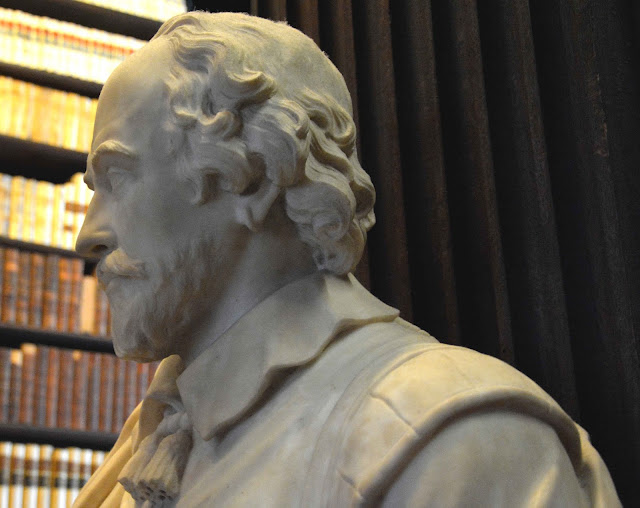 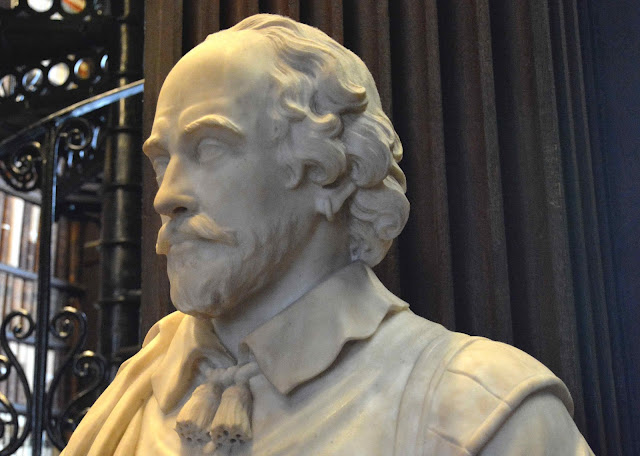 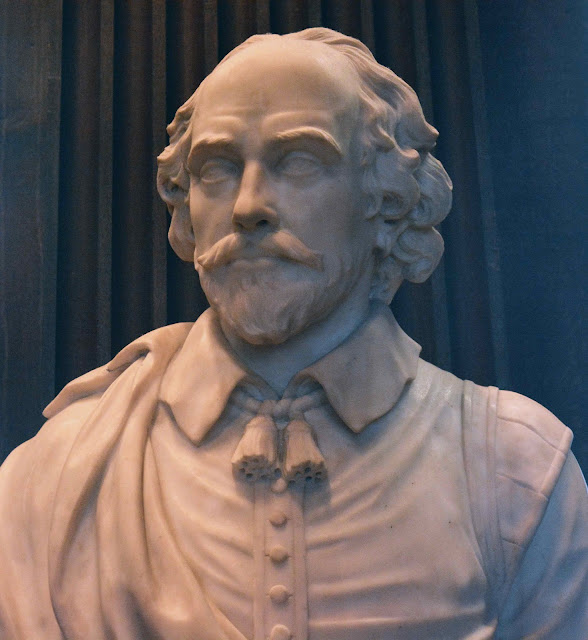 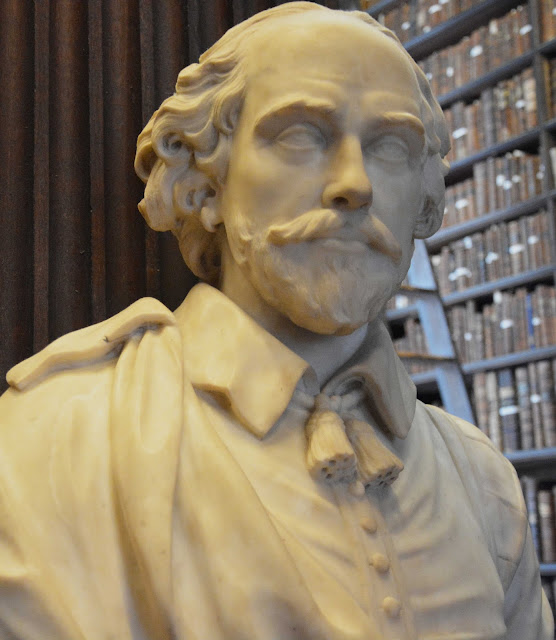 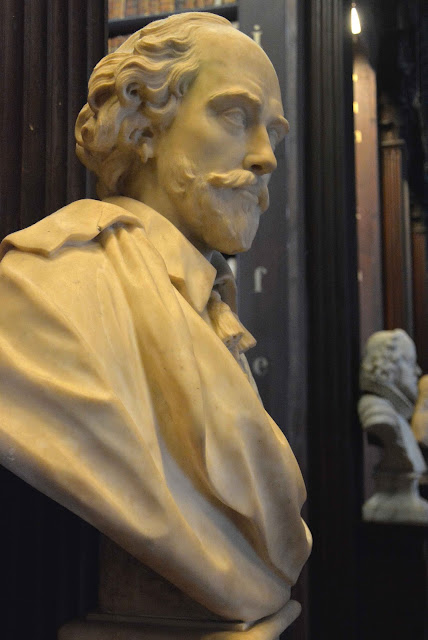 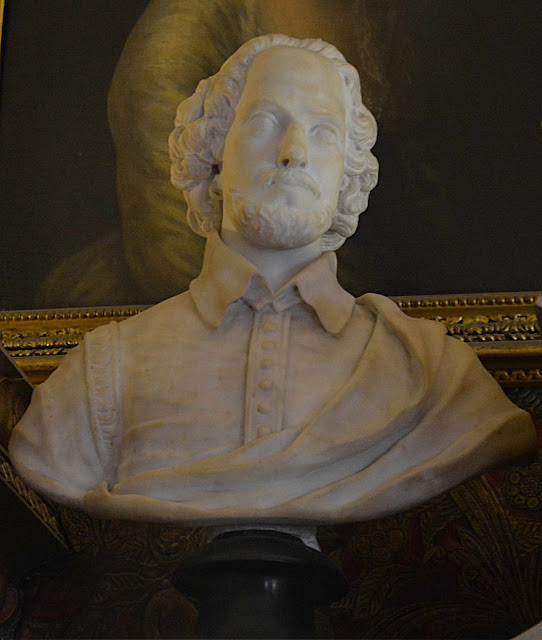 
The four busts of Shakespeare, Spenser, Dryden and Milton by Peter Scheemakers in the broken pediments of the bookcases in the Library at Hagley Hall were given to Alexander Pope by Frederick, Prince of Wales; they were bequeathed by Pope, who died in 1743 to Lord Lyttelton. They were in the Library in the new house in 1747/48.

A bill for £107 4s was examined by William Kent as overseer and paid 22 November 1735, included the set of busts charged at £10 each (Duchy of Cornwall Household Accounts) it is unclear whether they were for the library at Carlton House or for Kents magnificent saloon in the Rotunda in the garden, built in 1735  -  (adorned with paintings and sculpture - Grub Street Journal 2 September 1735)

http://english18thcenturyportraitsculpture.blogspot.co.uk/2015/11/busts-of-shakespeare-by-scheemakers-and.html
Posted by David Bridgwater at 01:39