William Kent and Pierre Fourdrinier - Some Illustrations for Gay's Fables 1727 - Showing the use of Busts in Interiors,

Some Typical Interior Scenes of the Late 1720's
drawn by William Kent and Engraved by Pierre Fourdrinier.
For Gay's Fables. 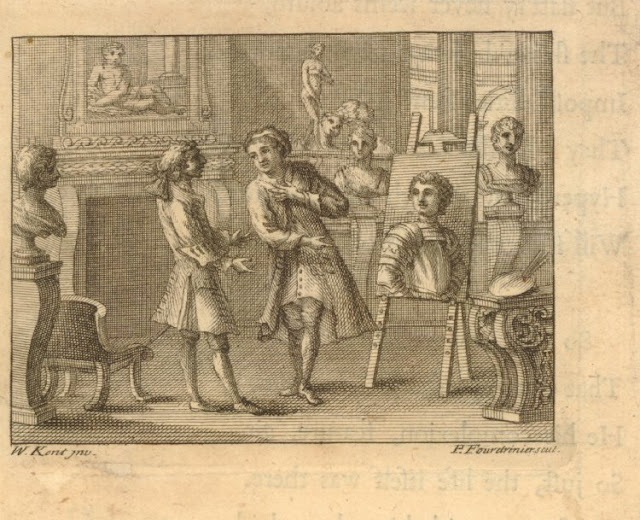 Illustration to Fable XVIII 'The Painter who pleased no body and every body' in Gay's 'Fables'; an artist presenting a portrait on his easel at right to a gentleman standing at left, busts and maquettes surrounding in the studio. 1727 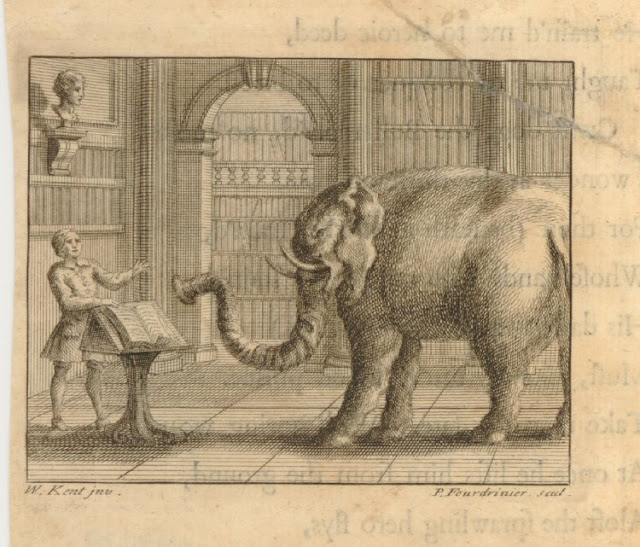 Illustration to Fable X 'The Elephant and the Bookseller' in Gay's 'Fables'; an elephant standing to left in a bookshop, his trunk directed towards the bookseller, standing behind a lecturn at left. 1727. 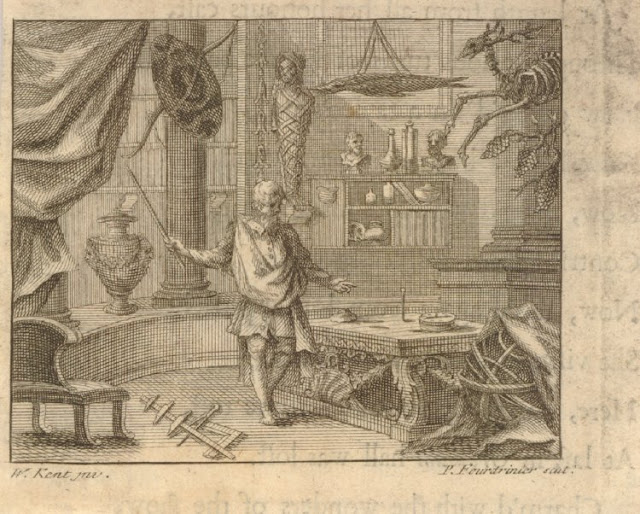 Illustration to Fable XVI 'The Pin and the Needle' in Gay's 'Fables'; a bearded old man wielding a stick, in the centre of a room full of implements, including compasses, a mummy, a bow and arrow, a vase, a dead fish and the skeleton of a stag; a pin and needle on a table. 1727.