One of The Seven Terracotta Busts by Michael Rysbrack,
Accidently Destroyed when a Shelf Collapsed
at Windsor Castle in 1906.
The Original Photographs were taken by Livingstone in 1874 for a royal inventory. 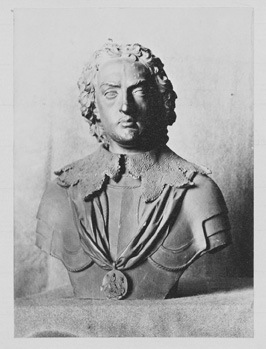 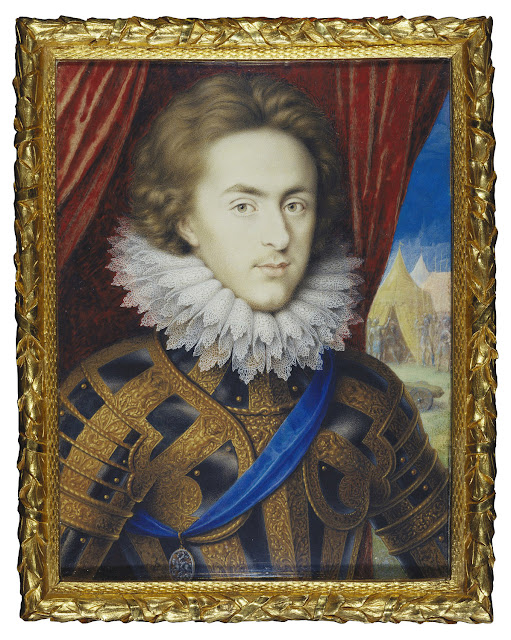 Henry, Prince of Wales.
Wearing the order of the Garter.
Watercolour, Vellum on card, 13.2 x 10cms to frame. 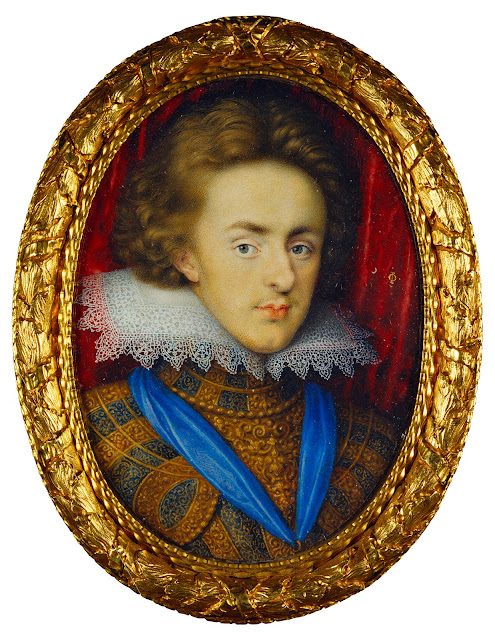 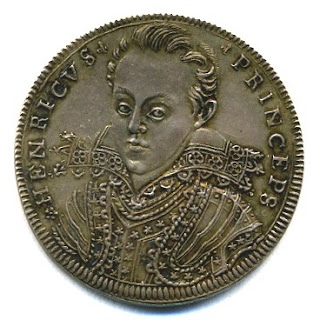 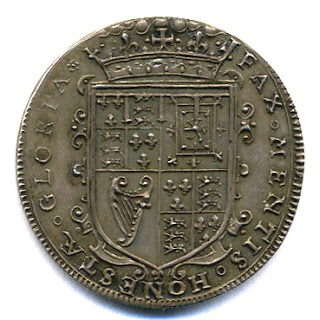 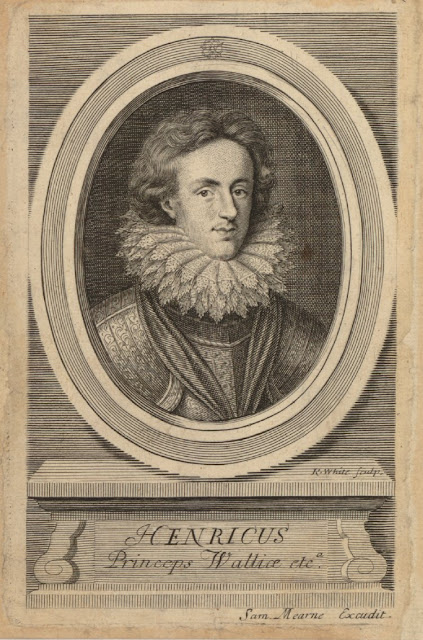 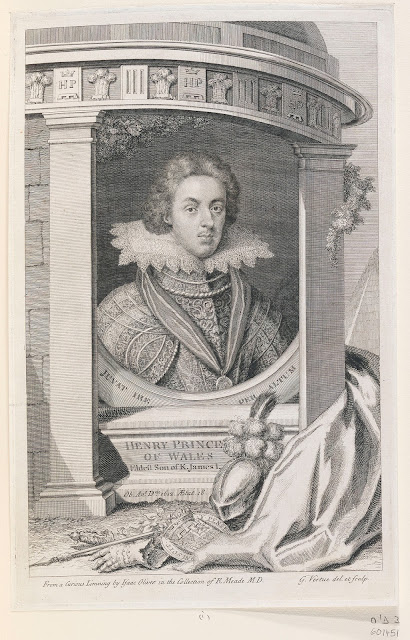 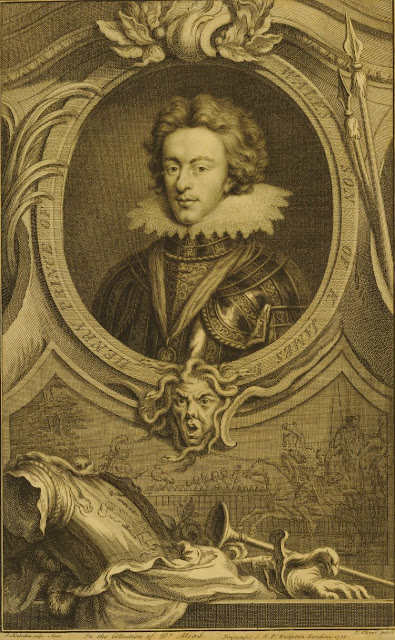 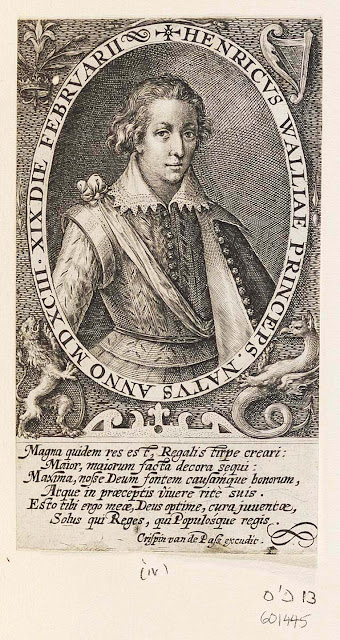 Henry, Prince of Wales
11.1 x 8.4cms
Engraving by van de Passe
A plate from Crispin van de Passe's Regiae Anglicae Majestatis pictura, et historica declaratio (1604).
It might be a coincidence but the collar on this engraving is close to that on the Rysbrack bust. This leads me to believe that Rysbrack's portrait was a conflation of this engraving and the laste 17th century engraving by Robert White above. 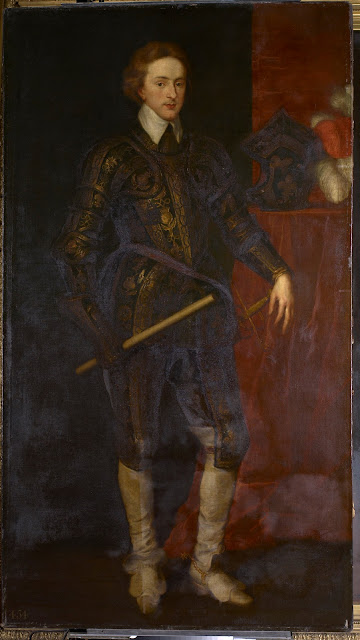 Henry Prince of Wales by van Dyck.
Oil on canvas - 215.8 x 120.4 cms.
Royal Collection Trust / © HM Queen Elizabeth II, 2015.
This portrait was painted by Van Dyck during his second visit to London twenty years after the Prince's death, presumably to form part of Charles I's royal family portrait gallery in the Cross Gallery at Somerset House.
The artist based the head on a large miniature by Isaac Oliver in the collection of Charles I. He dressed him in a famous armour for field and tilt made at Greenwich by William Pickering c. 1610 decorated with the emblems of the Union of the Crowns (RCIN 72831). Both these sources, the miniature and armour are still in the Royal Collection. (see image below). 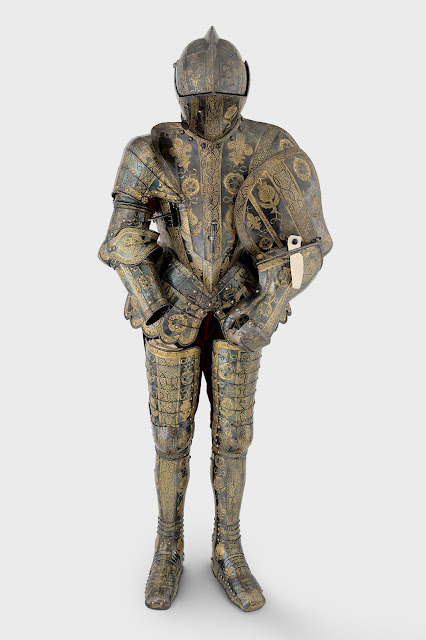 Posted by David Bridgwater at 12:50