Attribution suggested by the Keepers of the Royal Collection.
Webb, Country Life, 1954 suggests Kathererine Parr.
One of The Seven Terracotta Busts by Michael Rysbrack,
From Queen Caroline's Library
Accidently Destroyed when a Shelf Collapsed
at Windsor Castle in 1906.
The Original Photographs were taken by Livingstone in 1874 for a royal inventory. 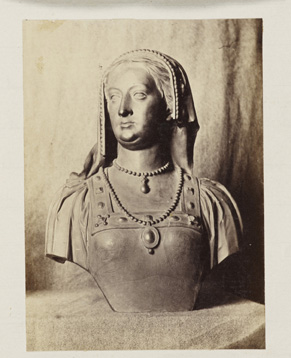