Elizabeth of York, A Terracotta bust from Queen Carolines Library, damaged in 1906

Terracotta bust by Michael Rysbrack.
Elizabeth of York (1466 -1503), consort of Henry VII.
65.3 x 35.0 x 23.0 cms
One of The Busts by Michael Rysbrack,
Seven were accidently destroyed when a shelf collapsed
at Windsor Castle in 1906.
The Original Photographs were taken by Livingstone in 1874 for a royal inventory.


Damaged by accident 1906 but not destroyed - It remains in the Royal Collection. 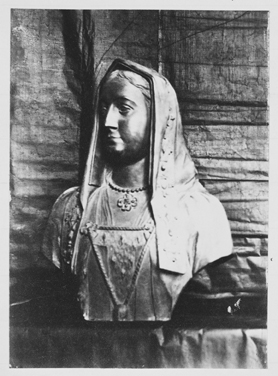 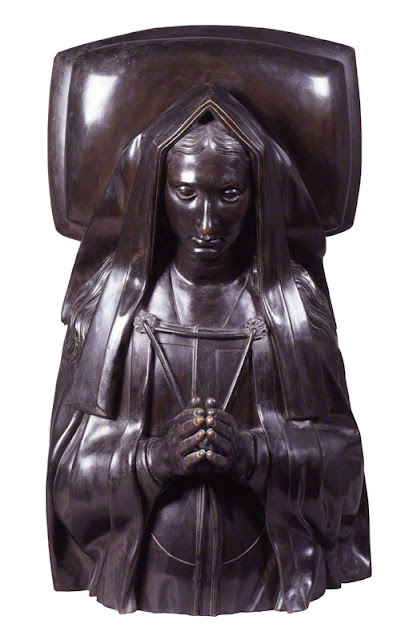 Electrotype of Elizabeth of York
Cast by Domenico Brucciani.
Purchased by the NPG in 1870.
864 mm.
NPG.
This electrotype is a copy from the upper part of the gilt bronze effigy of the queen on the double tomb with her husband Henry VII by the Italian Torrigiano at Westminster Abbey. It is one of a series of electrotype reproductions of tomb effigies made for the National Portrait Gallery by Elkington & Co in the 1870s. An electrotype sculpture of this type is made by electro-deposition of copper onto a mould or cast of an object. The electrotype could then be patinated like bronze 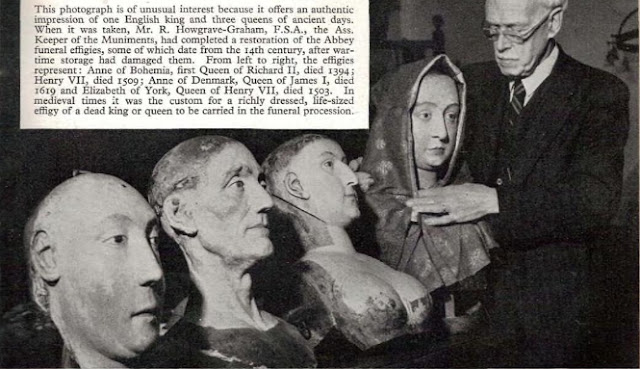 An amusing photograph from A Pictorial History of Westminster Abbey.
1950's 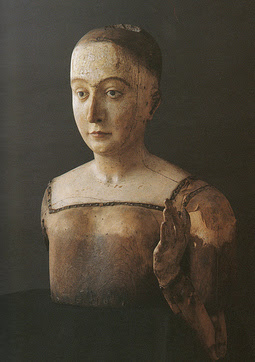 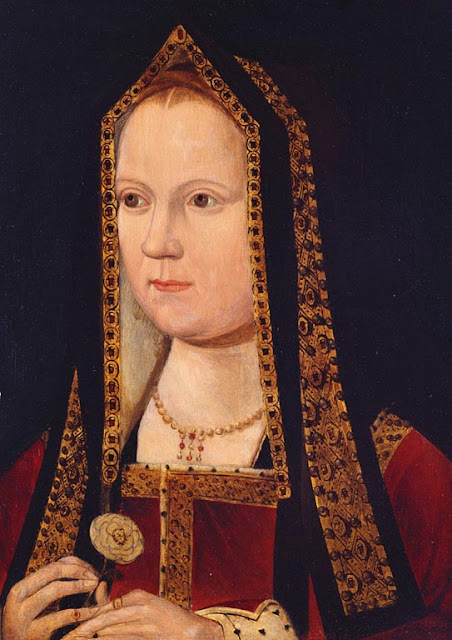 387 x 278 mm.
Royal Collection.
This is an early portrait type of Elizabeth of York. It has been overpainted and scientific research needs to be carried out to verify its date, but it probably dates to the early sixteenth century and therefore could be counted among the earliest Royal Portraits in the Royal Collection. The wife of Henry VII is shown in head and shoulders view, holding a white rose in her hands and wearing a ‘gable-hood’. It is possibly a contemporary image taken from the life. In 1502 a Flemish artist, Maynard Waynwyck, was commissioned to paint individual portraits of Henry VII, Elizabeth of York, Princess Margaret and Prince Henry to be sent to Scotland on the occasion of Margaret’s betrothal to James IV. It is possible that this is a variant of this, now lost, portrait type.
Royal Collection Trust / © HM Queen Elizabeth II, 2015. 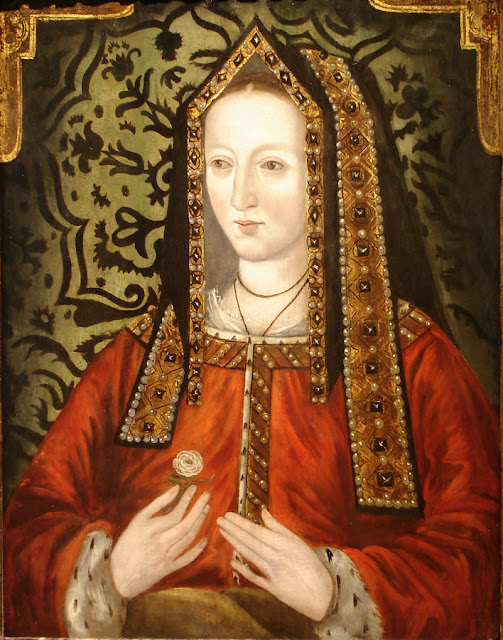 Another early version of the Royal Collection portrait.
From Philip Mould, Historical Portraits.
58.5 x 44.5 cms.
Collection of the Earls of Essex at Cassiobury, by descent.
http://www.historicalportraits.com/InternalMain.asp 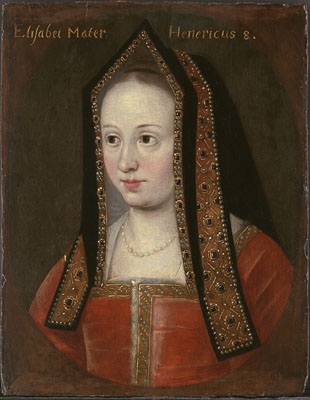 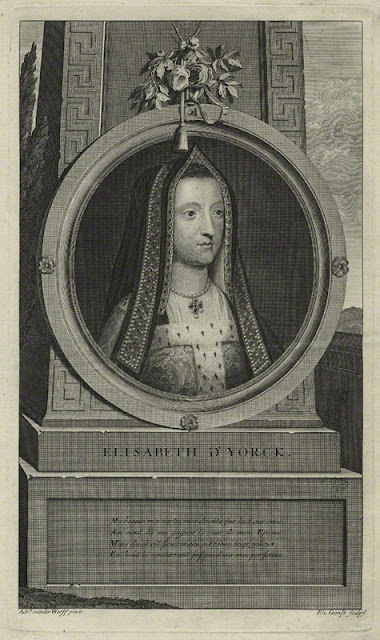 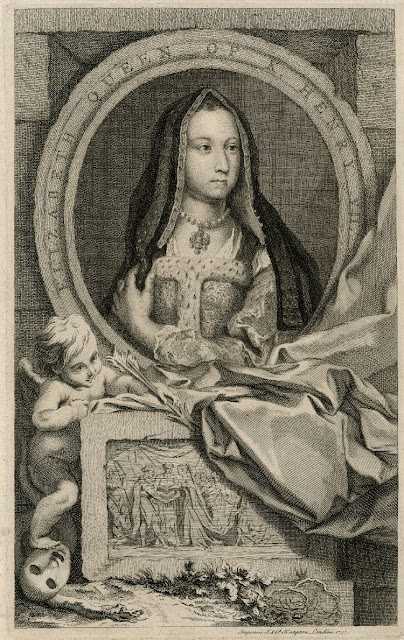