Henry V (1387 - 1422).
One of the Seven Terracotta Busts by Michael Rysbrack,
Accidently Destroyed when a Shelf Collapsed
at Windsor Castle in 1906.
Circa 1737.
The Original Photographs were taken by Livingstone in 1874 for a royal inventory. 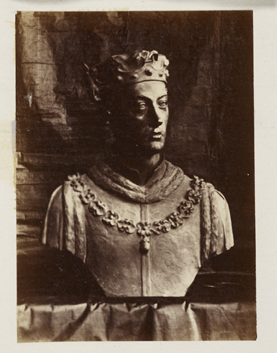 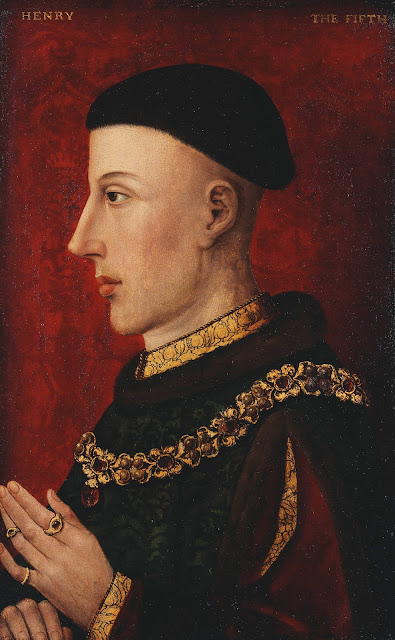 Henry V.
Oil on Panel 565 x 360 mm.
Royal Collection Trust / © HM Queen Elizabeth II, 2015.
This is one of the five earliest paintings surviving in the Royal Collection. The others are Henry VI, Edward IV, Richard III and Elizabeth Woodville. Recent dendrochronological (tree-ring) analysis indicates that this panel was painted between 1504-1520. It would have been part of a set of heads of kings and queens either commissioned by Henry VII or Henry VIII.
Perhaps derived from the monument stolen from Westminster Abbey
First recorded in the 1542 and 1547 inventories of Henry VIII and Edward VI.
Anoth probably slightly later version in the NPG.
______________________________ 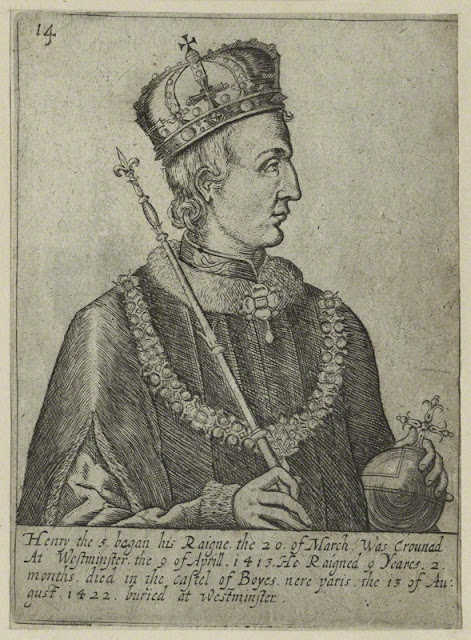 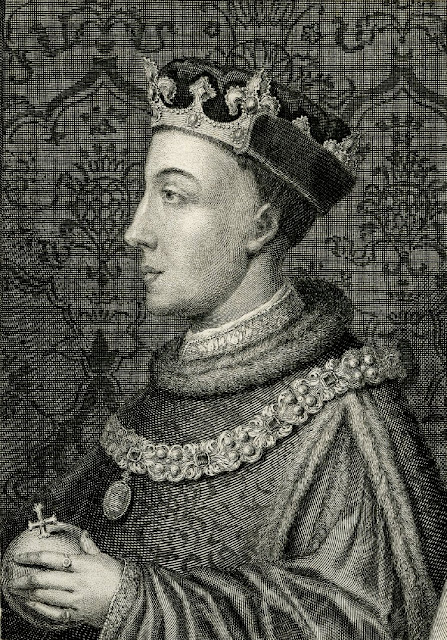 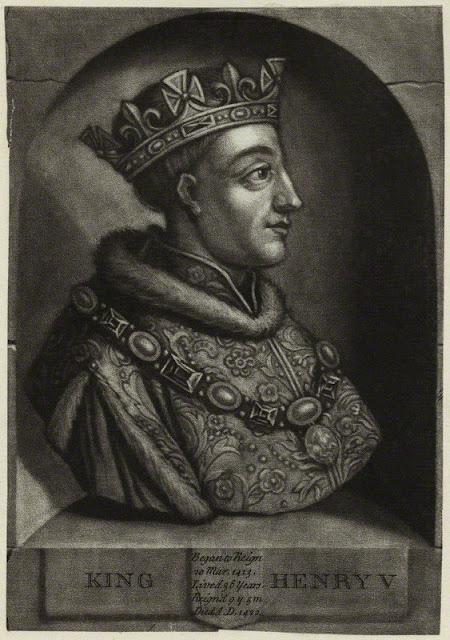 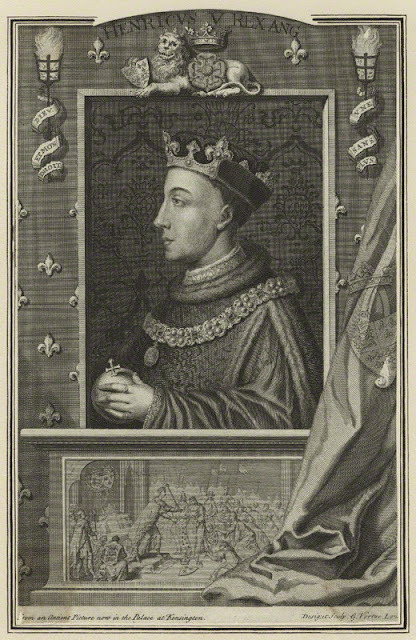 Henry V.
Engraving by George Vertue, 1732.
284 x 176 mm.
Inscribed 'from an antient Picture now in the Palace at Kensington'
Posted by David Bridgwater at 14:10