Arthur Devis - Sculpture in the Paintings 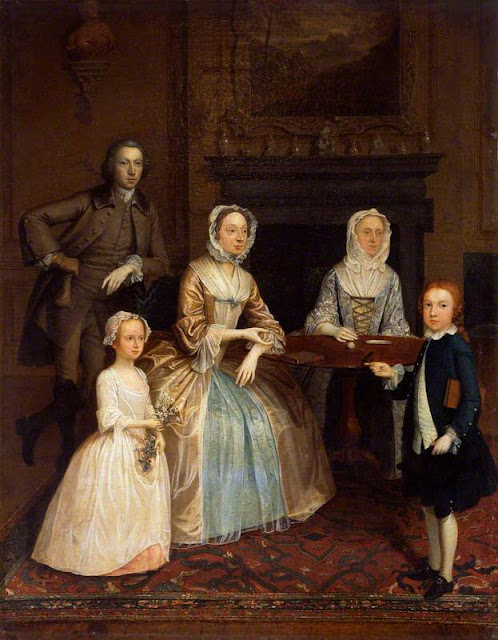 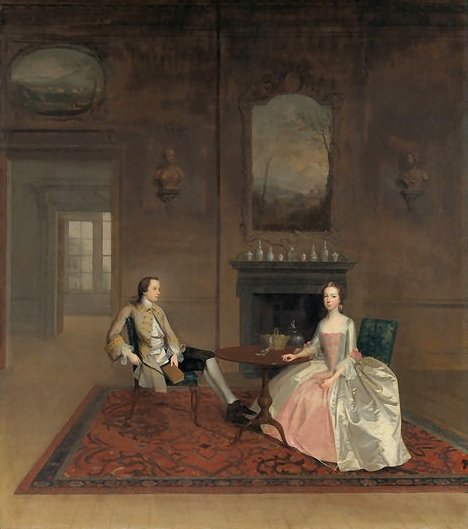 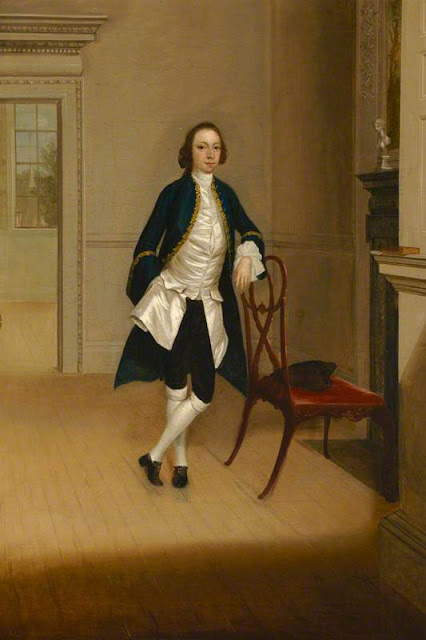 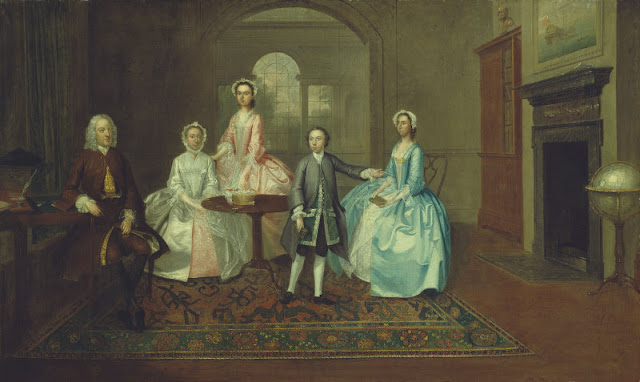 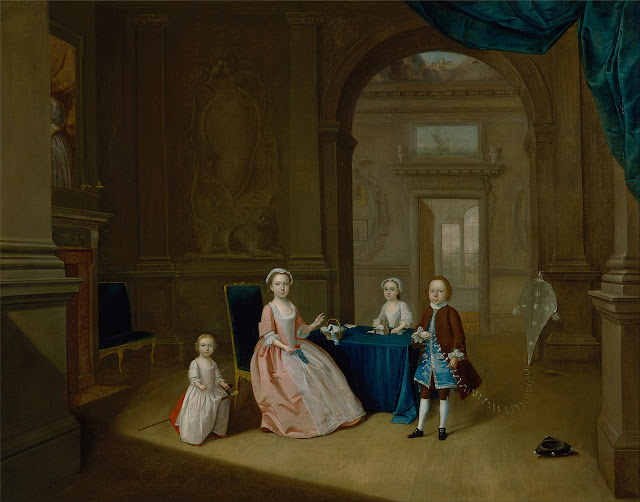 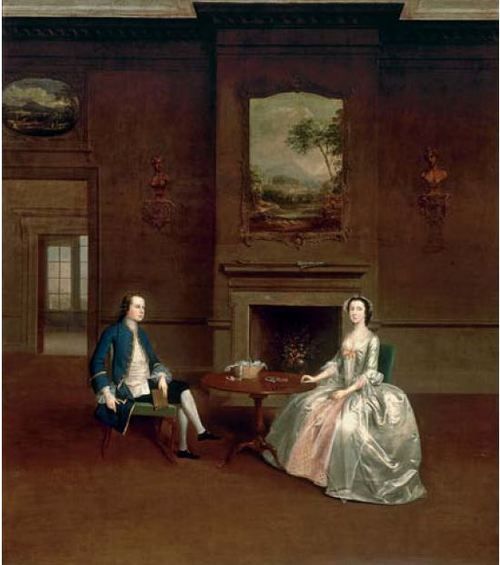 Note - Not of Stamford Park, Nottingham which was acquired after the death of Robert Dashwood senior. 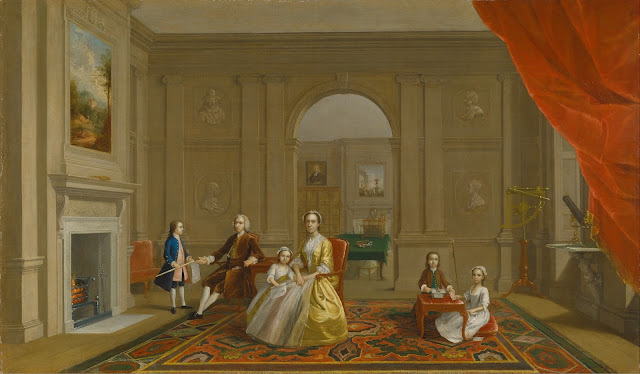 I include this painting, certainly on of the finest by Devis because it includes the grisailles or portrait reliefs either side of the doorway. Sir Francis Bacon, Sir Isaac Newton, John Milton and Alexander Pope. with a portrait of Edmund Halley in the room behind the arch. Also in the window a transit quadrant, reflecting telescope, air pump and bell jar, small compass microscope on the table and  celestial and terrestrial globes underneath. 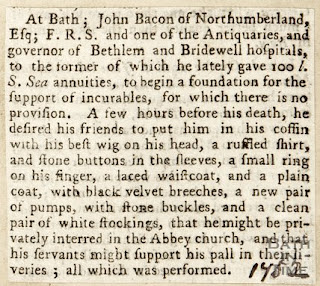 Posted by David Bridgwater at 02:59