Phillippe Mercier - Busts in the PaintingsBusts 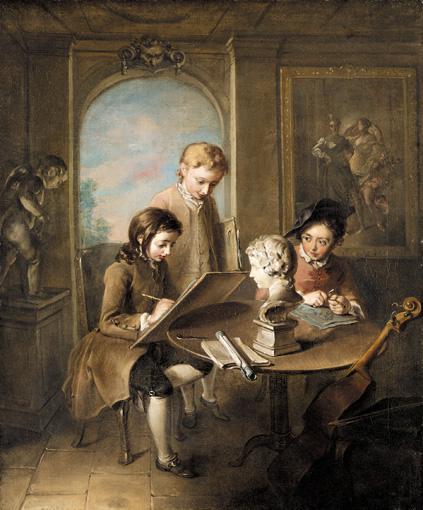 
This painting dates from circa 1745. It was painted in York where the artist had settled in 1739, concentrating his efforts on fancy pictures. Mercier's stay in York was very productive, working for important patrons such as the Duke of Leeds, Sir Robert Hildyard and Thomas Worsley, and was able to take 'a convenient sash'd house with a large garden, Coach-house, and Stable' within the precincts of York Cathedral.
Provenance: G.M. Scott, by whose executors sold, Christie's, 28th November 1838, lot 9, bt. by Drummond for £88-4-0; 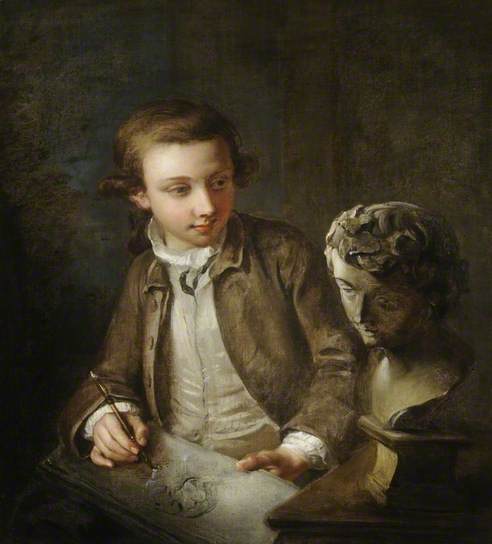 A Boy drawing from the Antique, Phillipe Mercier. c 1745.

The bust appears to be the same as in the previous painting suggesting perhaps that it was a personal possession of Mercier
Posted by David Bridgwater at 05:07