Bust of Robert Cotton by Roubiliac

This is the model for the marble at Trinity College Cambridge , commissioned by Eliab Harvey and completed in 1757. The pose is slightly different, the head is more erect in the marble. It remained with the Harvey family until 1922. The monument to William and Mary Harvey was erected in 1758 by Roubiliac is in St Andrews Hempstead Essex

It was advertised in the Connoisseur Vol LXIII, no 249, May 1922, by J Rochelle Thomas
Purchased by the British Museum in 1924 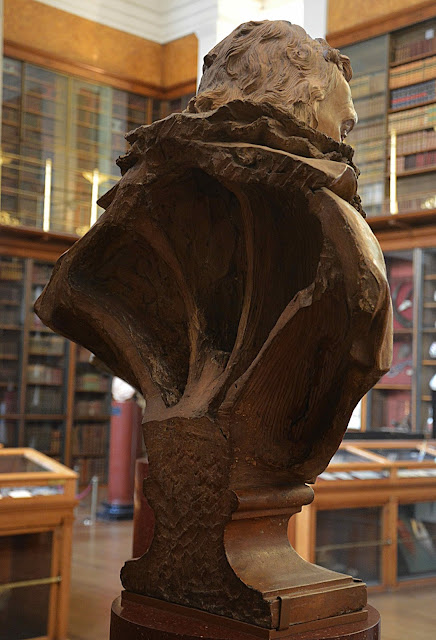 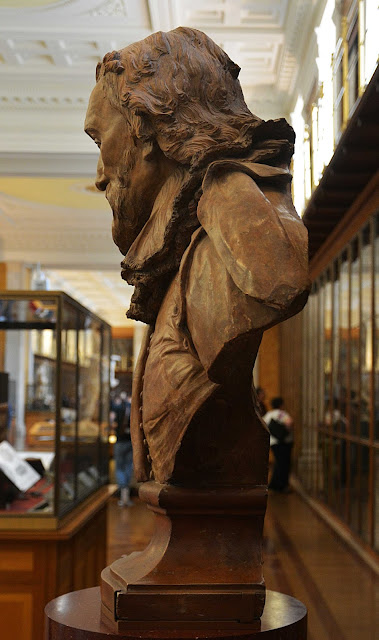 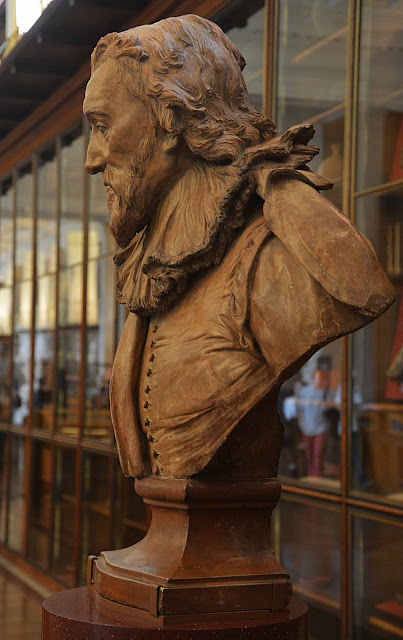 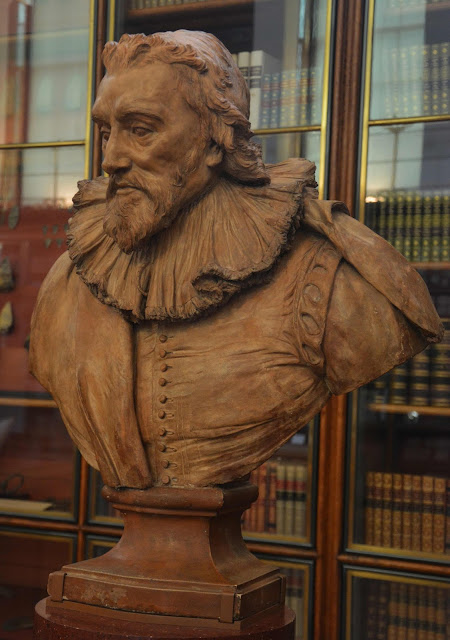 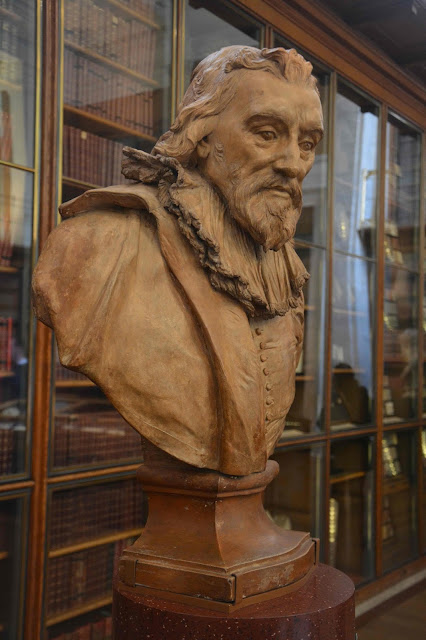 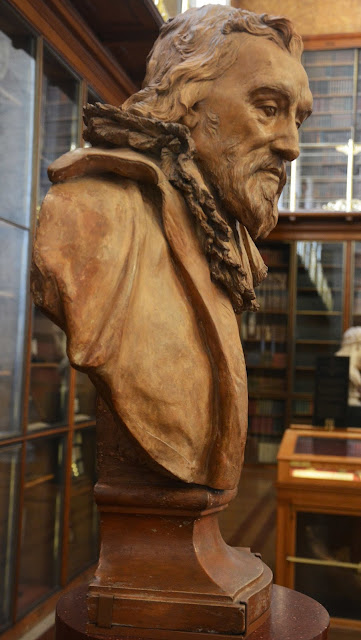 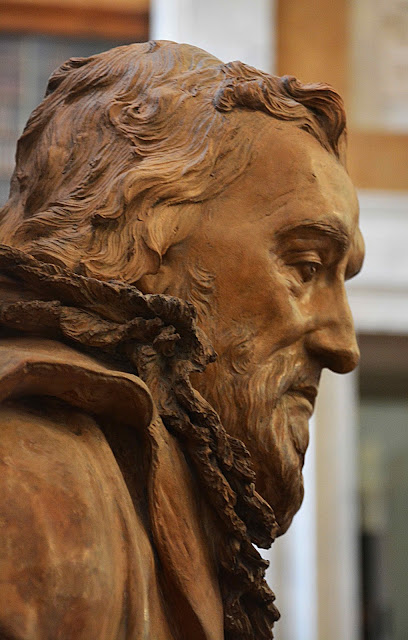 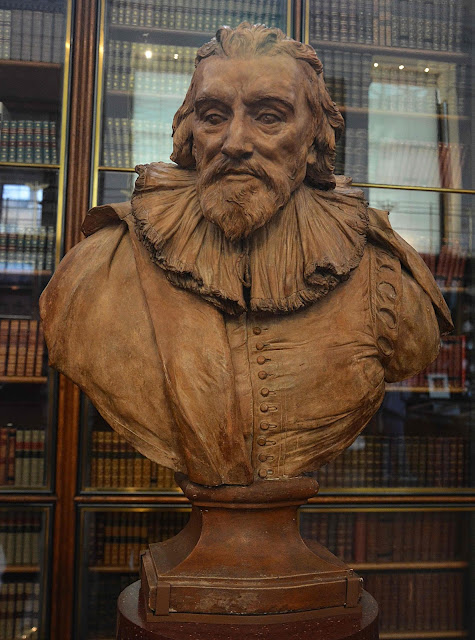 Sir Robert Bruce Cotton (1571-1631), politician and antiquary, devoted much of his life to the preservation of the records of English literature and history, many of which had been dispersed by the dissolution of the monasteries by Henry VIII, and to which he added many contemporary official papers. Cotton, a Member of Parliament, was influential as an expert on precedents and made his library widely available to others. Involvement in the murky politics of the time led to difficulties. He was briefly arrested during the reign of James I and in 1629 the library was sealed on the orders of Charles I. It was eventually restored to the family and was subsequently given to the nation in 1700 by his grandson Sir John Cotton (1621-1702), 3rd Bt. After years of neglect the Cotton collection, which included a coin cabinet, was in 1753 entrusted to the British Museum by Act of Parliament. Among its great treasures are the Lindisfarne Gospels, Beowulf and two copies of Magna Carta. The Cottonian manuscripts were transferred to the British Library in 1973 but the BM retains the Cotton coin cabinet. 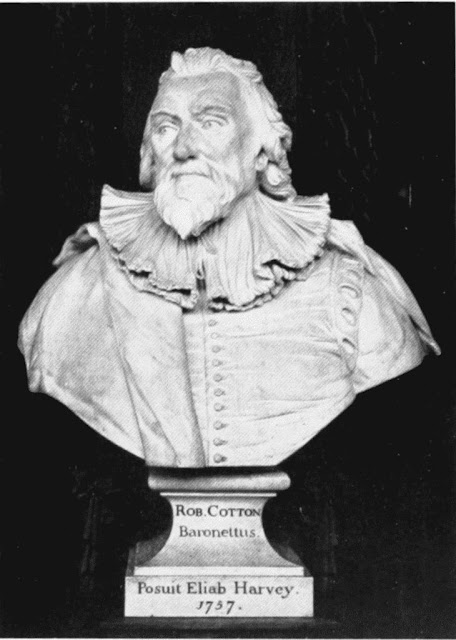 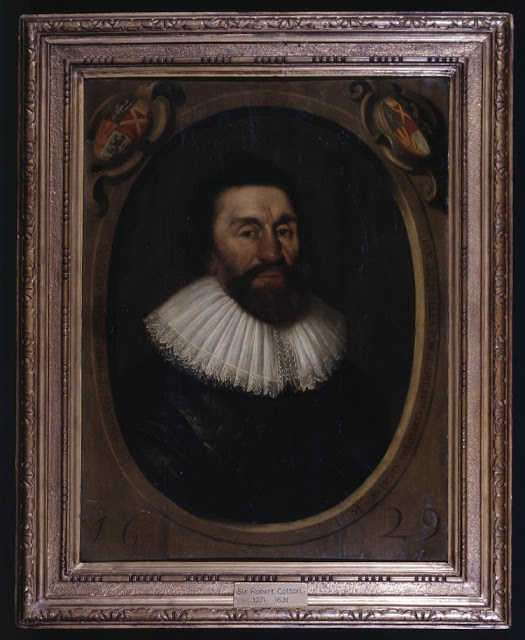 "The painting is said to have been acquired by the Museum in 1753 as part of the Cottonian Library. This had been given to the nation in 1700 and was in 1753 entrusted to the British Museum by Act of Parliament as one of the three founding collections"
British Museum. 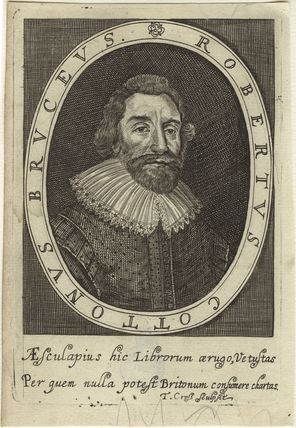 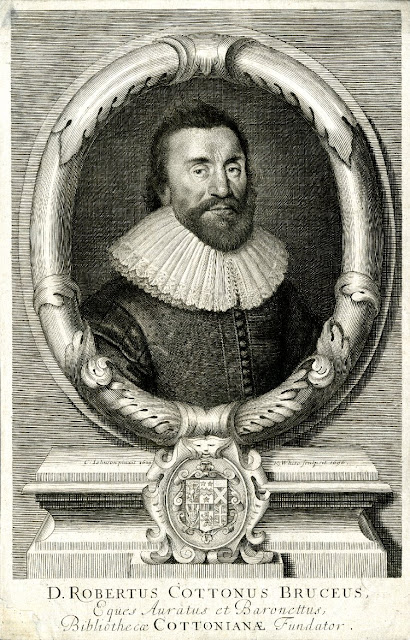 This print above is the source for the bust by Roubiliac. 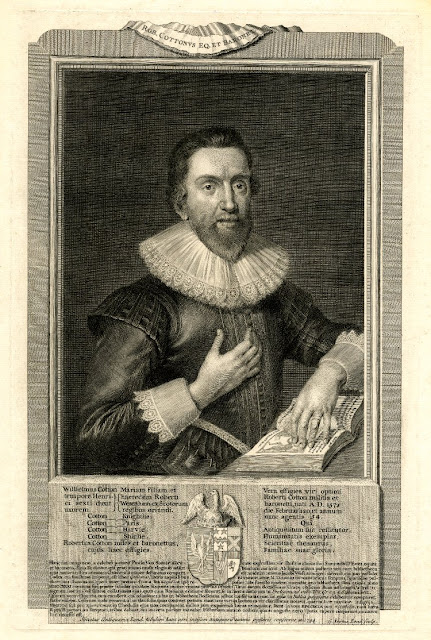 Posted by David Bridgwater at 11:23