Another page about the plaster busts of John Cheere.

A List of 28 Plaster Busts by John Cheere
formerly at Blickling Hall, Norfolk circa 1745 /7.


I am very grateful to both Mike Southerill and Emile de Bruijn for their assistance.
These busts have all disappeared. Unfortunately there is no indication of size, but the list shows a comprehensive selection of 21 classical busts and 7 (relatively) contemporary busts. This list should be compared with those bust believed to be by Cheere at Blaire Castle, Arniston House and West Wycombe Park which have previously appeared in this blog and the Felbrigg busts below.

This information came from Mark Purcell and he obtained it from a document (COL/13/34/35) in the Blickling archive in the Norfolk Record Office. The spelling and wording is that of the original document. I do not yet have the date of this document.


Plus, there was a marble bust of Richard Ellys (in the middle of the marble fire place surround?), and one or two extra things (more busts or statues?) in the window bays:


"a very beautifull Library 132 x 20 x 18. & a rich Cieling, a charming Chimneypiece design’d by Ld. Burlington.  Sr. Rich’d Ellis who left the Book’s his Busto is plac’d between the broken parts of a pediment which turn into 2 scrolls, & from the middle Point of each one to the other hangs a garland neatly executed in white marble quite detach’d only pendant at each end.  Over the Books are Heads of most famous Poets, Homer &c stand in a window".


The bust of Ellys was by Scheemakers, but apparently was removed from Blickling in 1802 and sent to the Earl of Buckinghamshire’s townhouse in St. James’s Square. 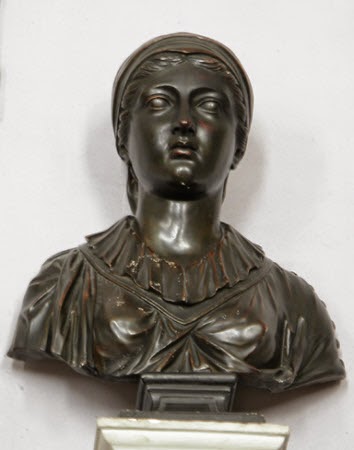 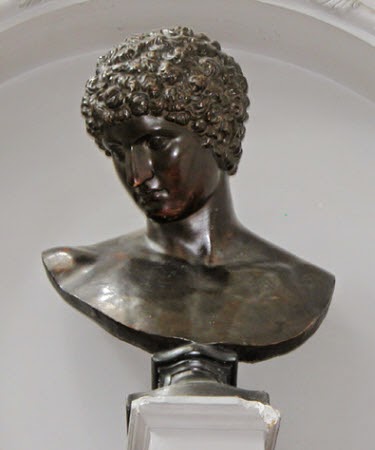 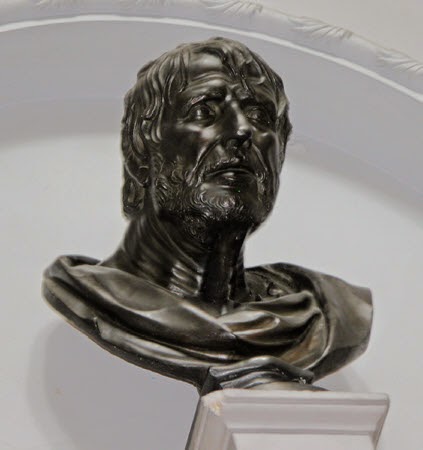 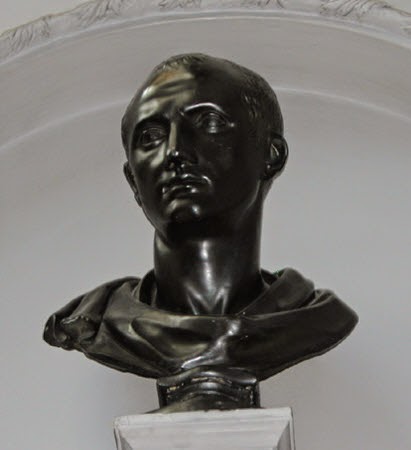 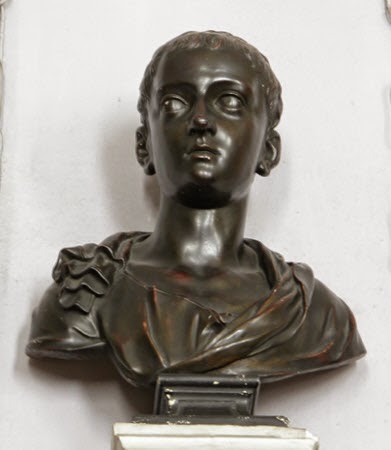 I am including (below) a very low resolution image of the plaster bust of Alexander Pope which is a direct cast from the Roubiliac, Shipley Gallery / David Garrick marble bust of 1740, which is possibly another plaster version of Pope by John Cheere but could equally have come from the Roubiliac workshop. 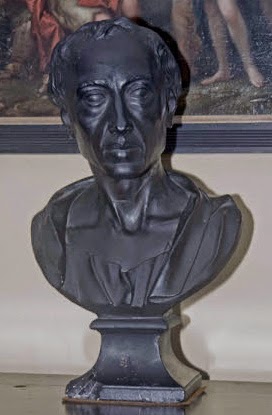 Group of busts in the library possibly supplied by John Cheere.

Posted by David Bridgwater at 12:58