Kenwood is administered by English Heritage - entrance is free and photography is allowed as long as flash isn't used. A very enlightened attitude. I am very grateful to English Heritage.

These are not professional quality and taken with an iphone. 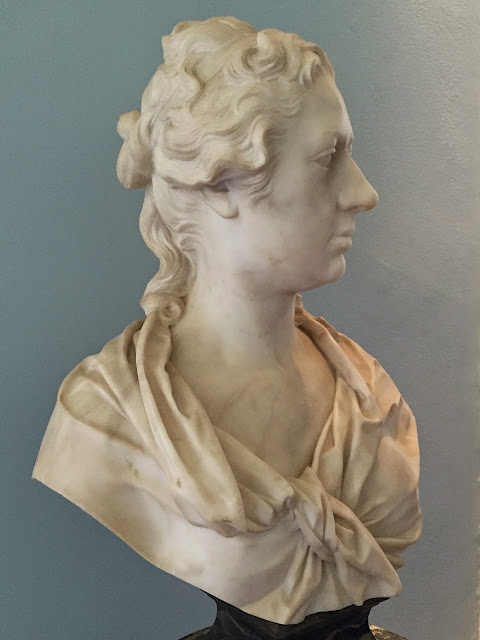 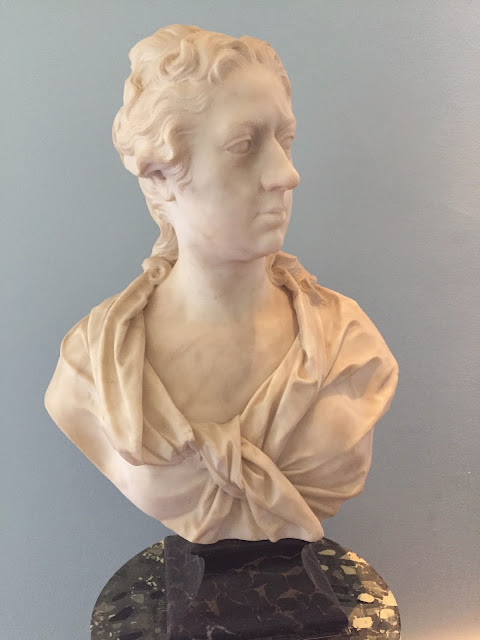 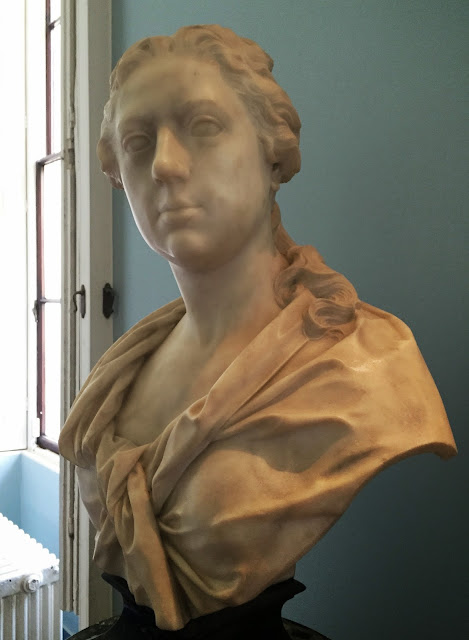 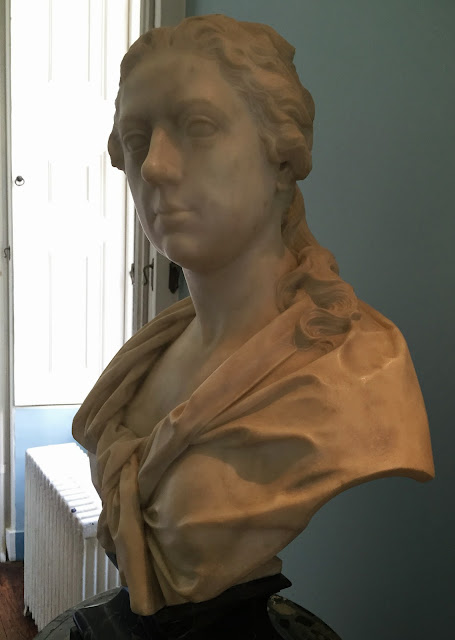 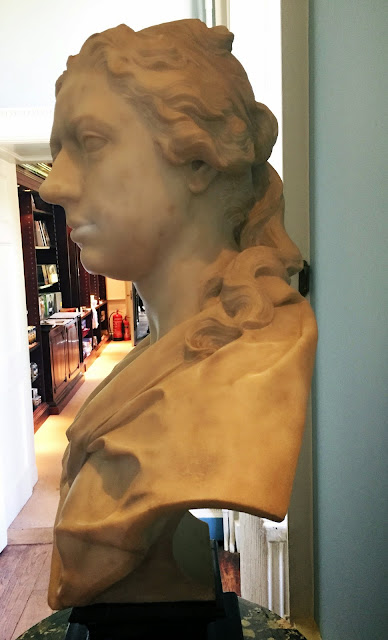 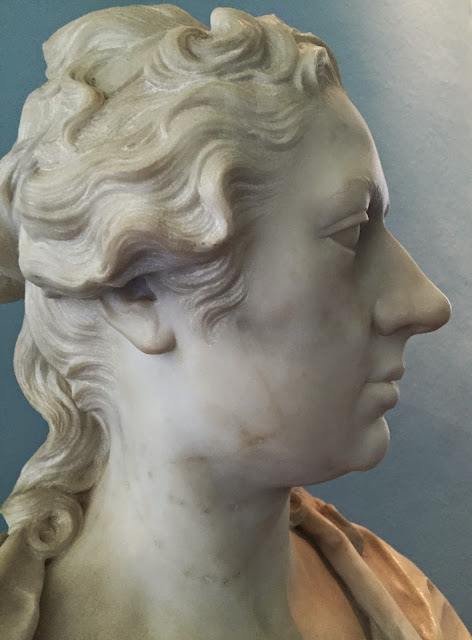 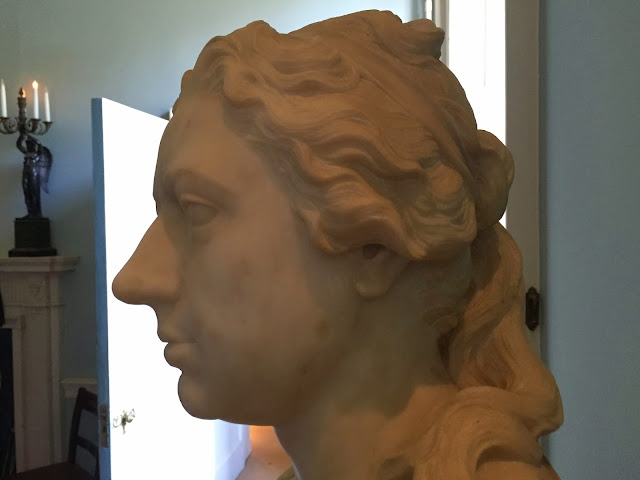 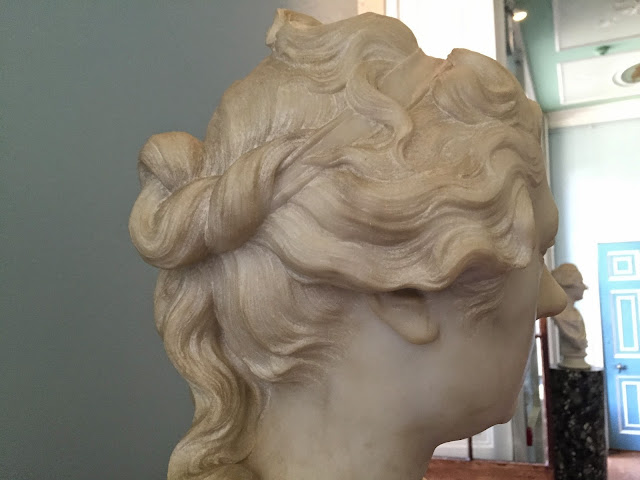 A bust of her husband had been started by Roubiliac and was in his studio when he died.
Lot 82, first day of the Posthumous sale of the contents of the Roubiliac Studio at 66 St Martins Lane, Westminster by Messrs Langfords of the Piazza Covent Garden, Wednesday 12 May 1762.
There is only one annotated copy so far recorded, now in the British Museum print room.
See my next post. 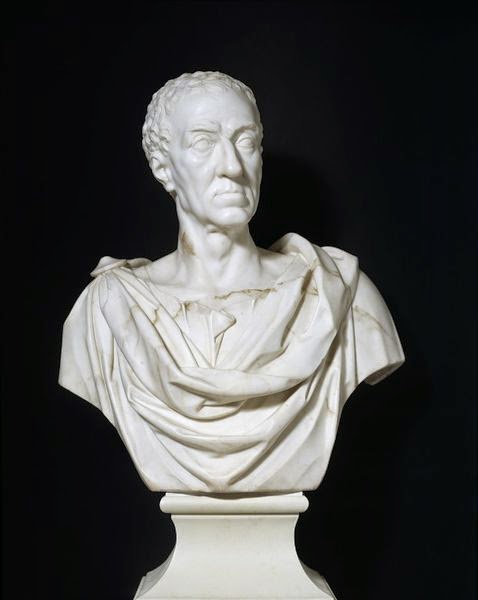 Her father Daniel Finch, 2nd Earl of Nottingham and 7th Earl of Winchelsea's bust was sculpted by Michael Rysbrack in 1723.

This portrait bust of the statesman Daniel Finch, 2nd Earl of Nottingham, 7th Earl of Winchilsea (1647-1730), is an early work by Rysbrack, and it helped to establish his reputation in England. It was probably commissioned by William Finch, second son of the sitter, and displayed in William's house in Savile Row, London. By 1774 the bust was in place at the foot of the Great Staircase of the Finch family's country estate, Burley-on-the-Hill, Rutland. It remained in the family until 1999.
Information Victoria and Albert Museum - http://collections.vam.ac.uk/item/O34734/daniel-finch-2nd-earl-of-bust-rysbrack-john-michael/

Elizabeth was the youngest of six sisters and four brothers. 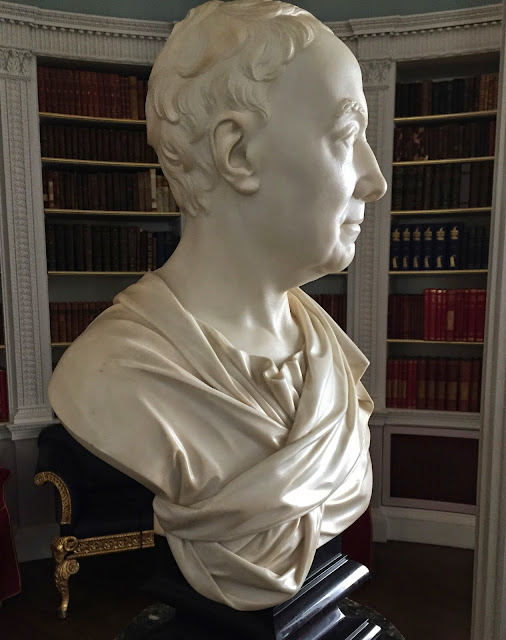 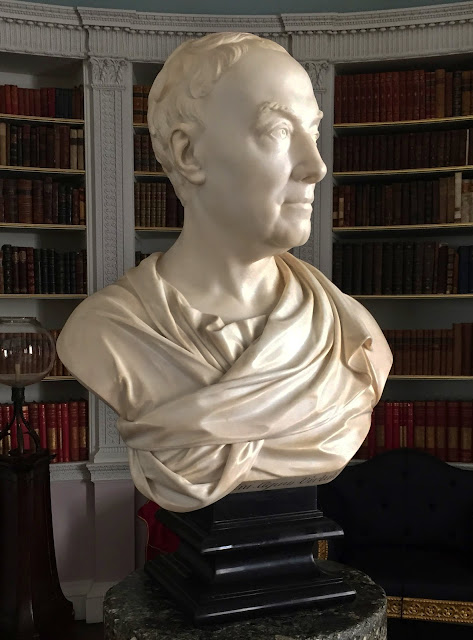 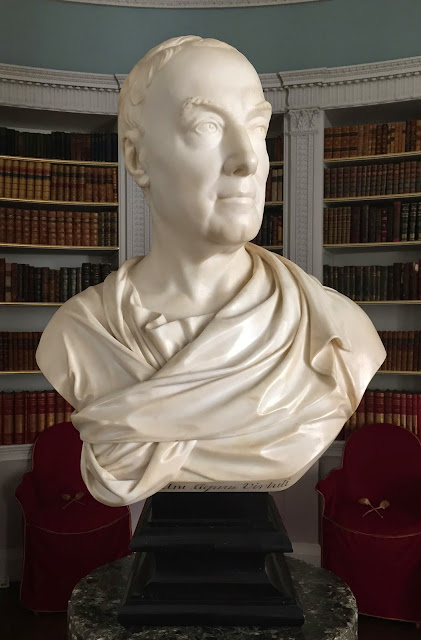 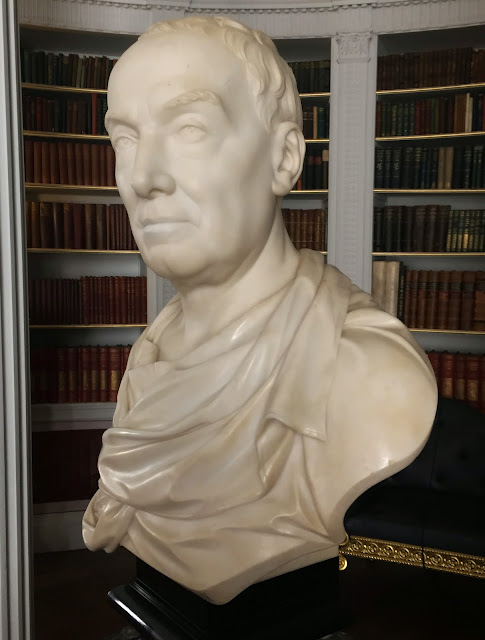 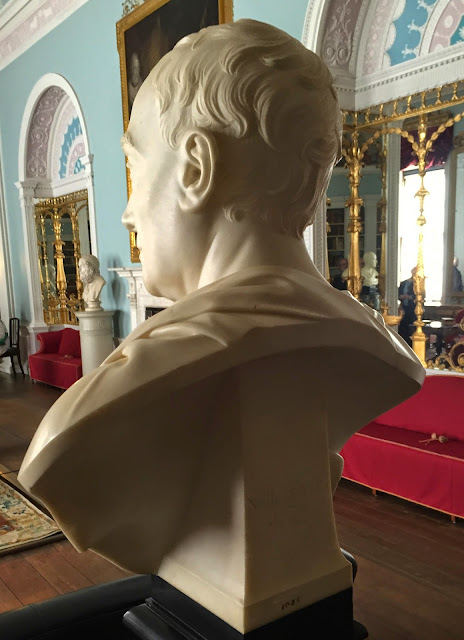 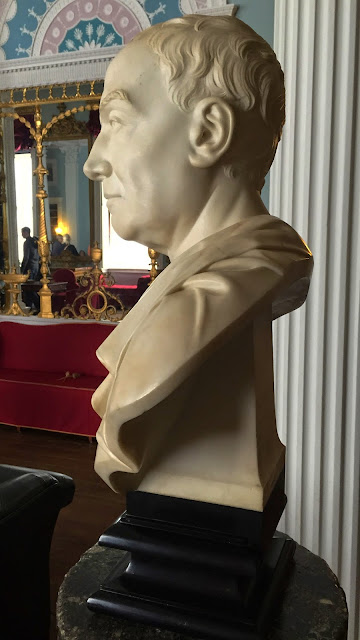 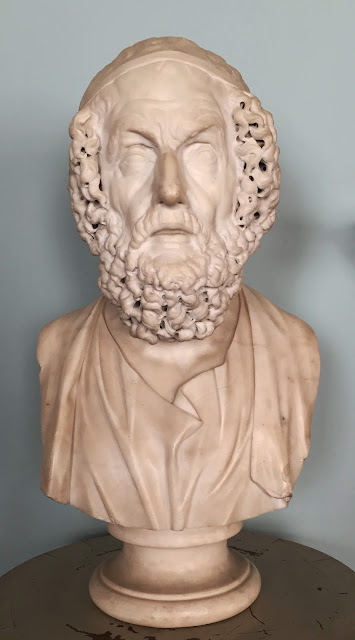 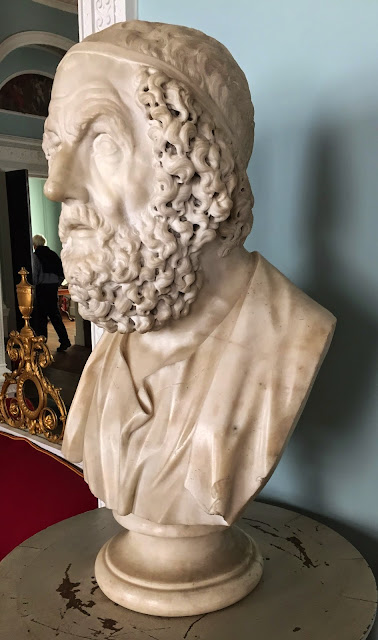 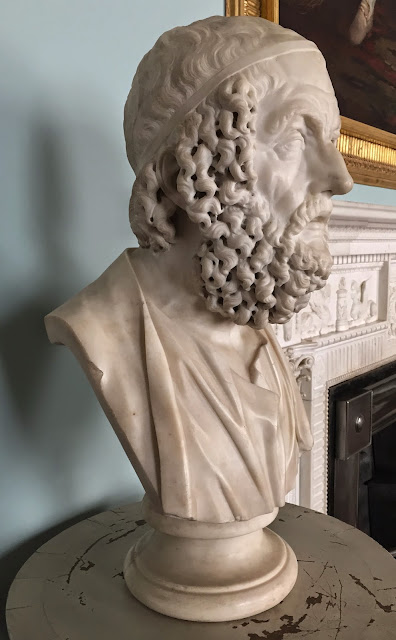 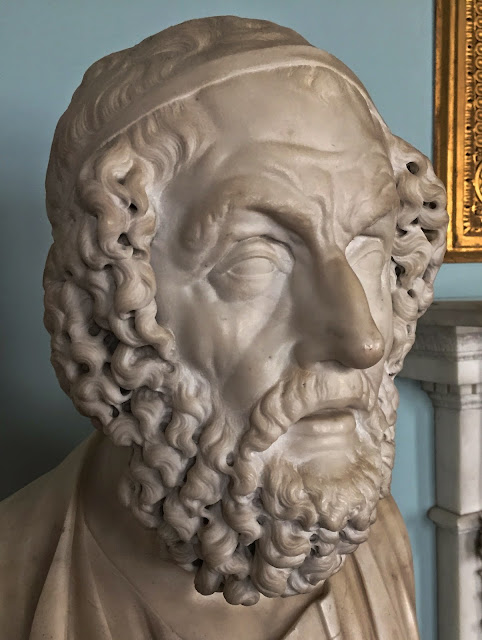 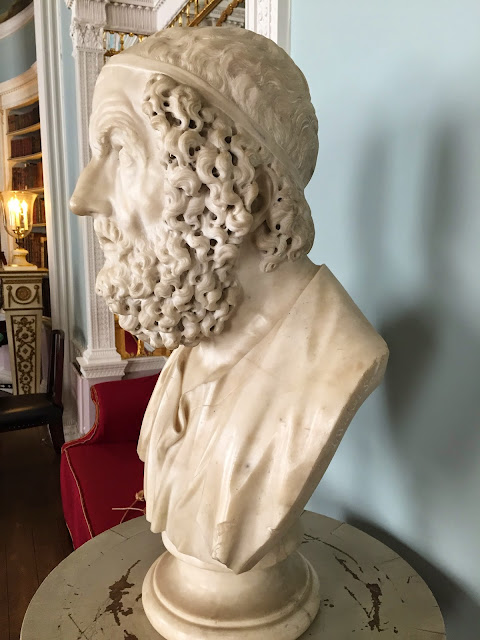 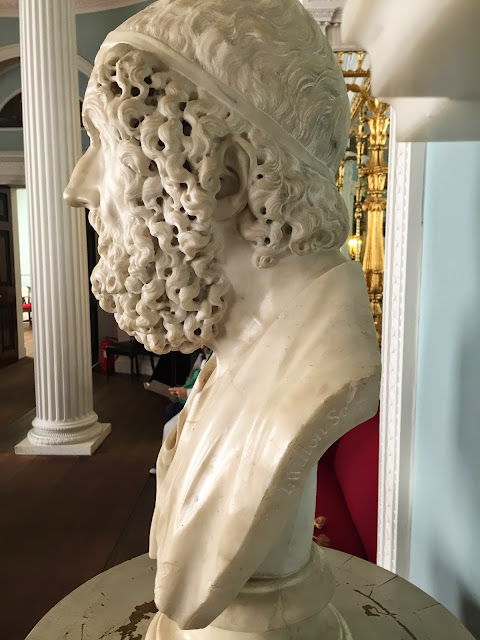 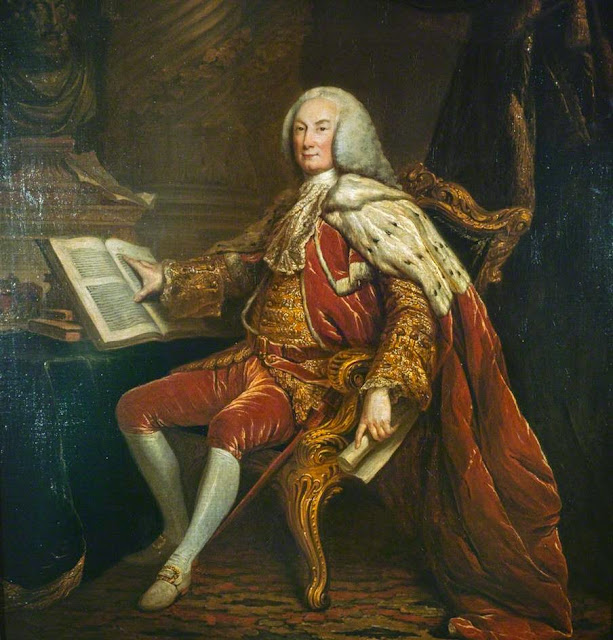 This portrait shows the bust of Homer left to him in his will by Alexander Pope along with a bust of Isaac Newton by Guelphi. He also left his marble busts of Spencer, Shakespeare, Milton and Dryden by Scheemakers given to him by Prince Frederick to Mr Lyttleton (of Hagley).

Pope believed it to be by Bernini. The current bust of Homer at Kenwood is a replacement for the original still at Scone Place, the Murray family home 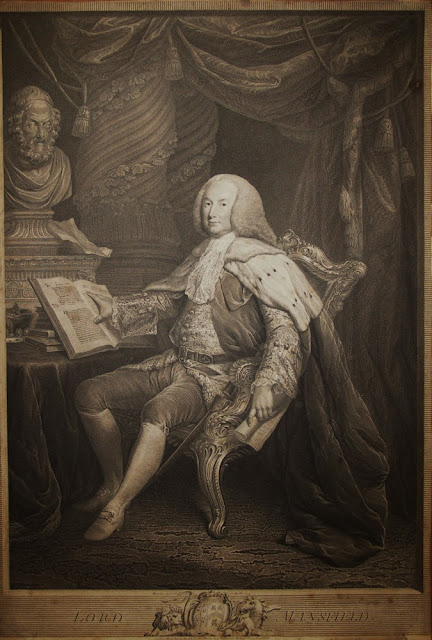 Posted by David Bridgwater at 07:09