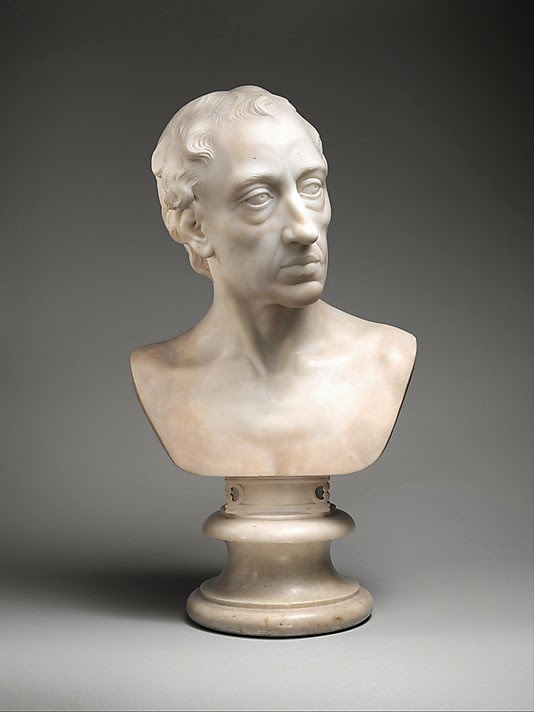 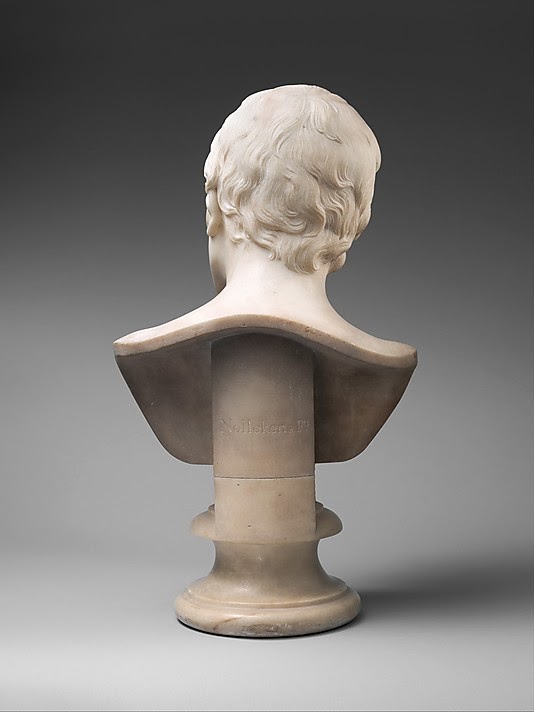 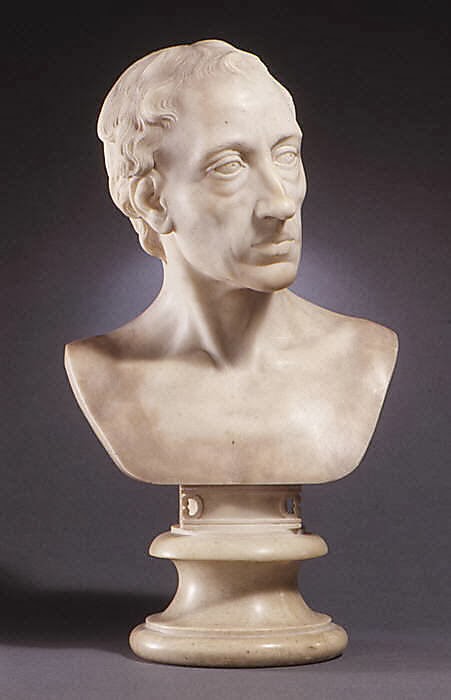 This bust was paired with a bust of Lawrence Sterne (see below).
This is a late 18th century copy of the Lord Mansfield bust now at Milton, Peterborough sculpted by Nollekins.

It has been taken directly from either the original marble or a plaster. 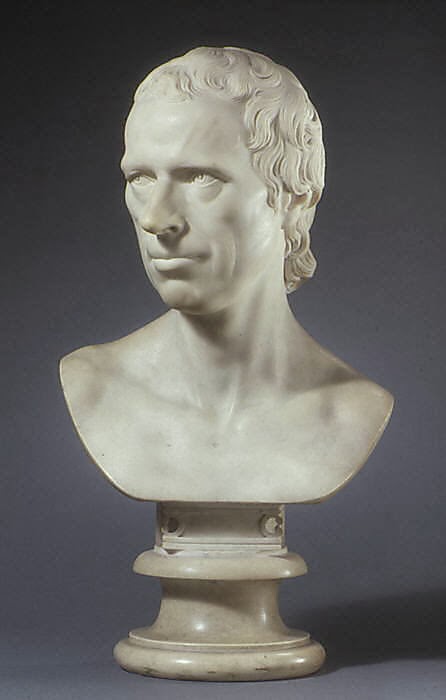 Another pair of these busts were sold by Mealleys Auctioneers in Ireland. Lot 487. 28 March. 2000

The bust at the Cecil Higgins Museum is another version of the Nollekin's Pope bust with a spurious Roubiliac signature.

Posted by David Bridgwater at 04:02