(not to be confused with Langley Park Norfolk) 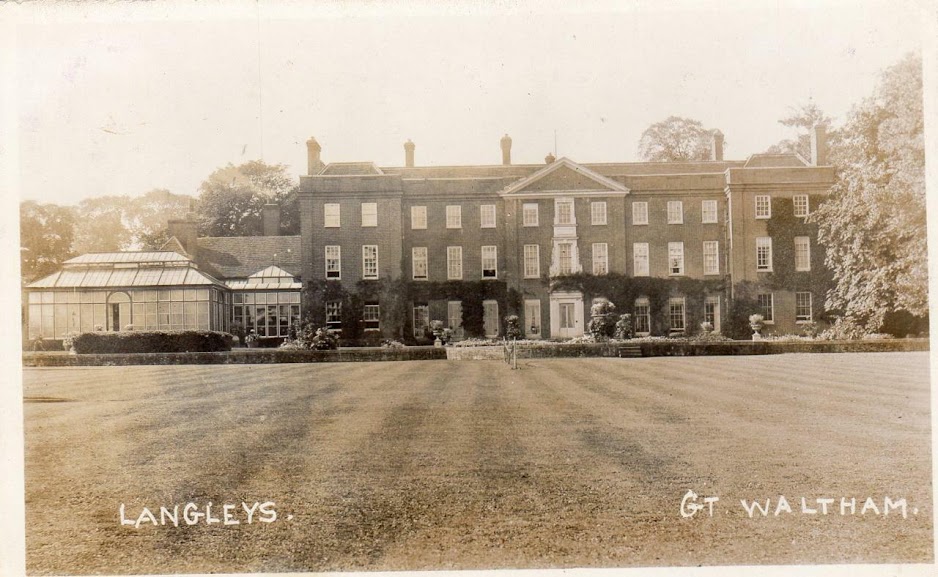 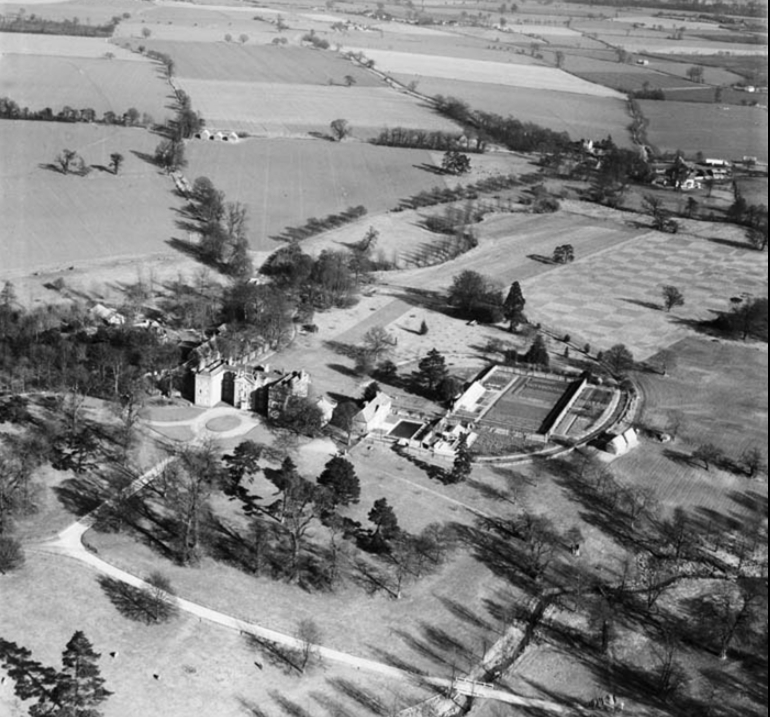 The original house at Langleys is of uncertain date, but it belonged to the Everard family in the C16.

Tufnell demolished part of the mansion and rebuilt the house in its present form, to designs by William Tufnell (resident architect at Westminster Abbey, no relationship yet proved).

Whilst work on the house was underway Charles Bridgeman (d 1738) was commissioned to lay out the grounds, although apart from a receipt confirming he was paid £156 7s 2d for the work, no further documents or plans survive to give any detail of what was done (Account book, ERO). 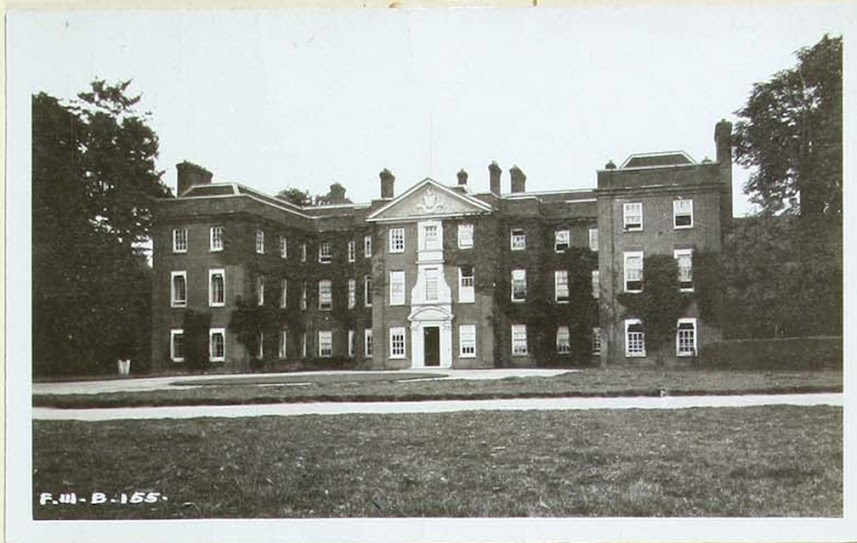 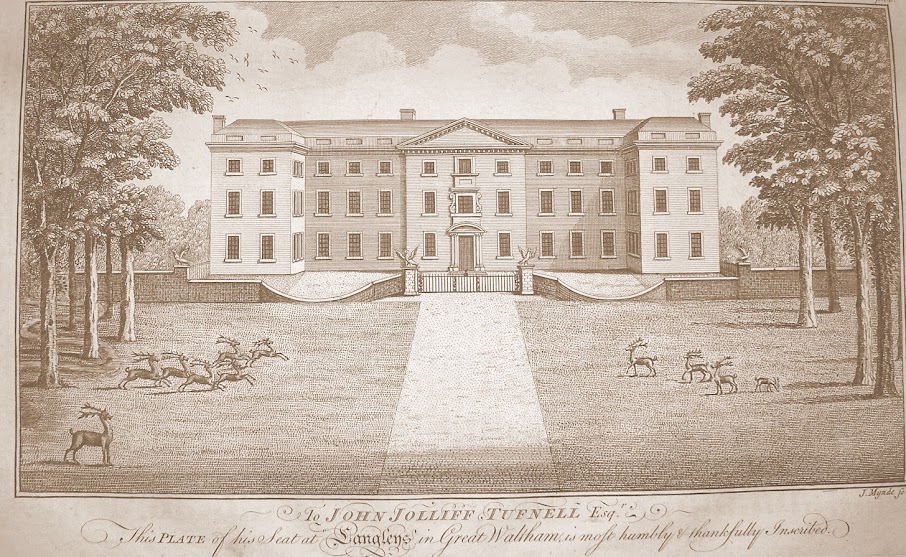 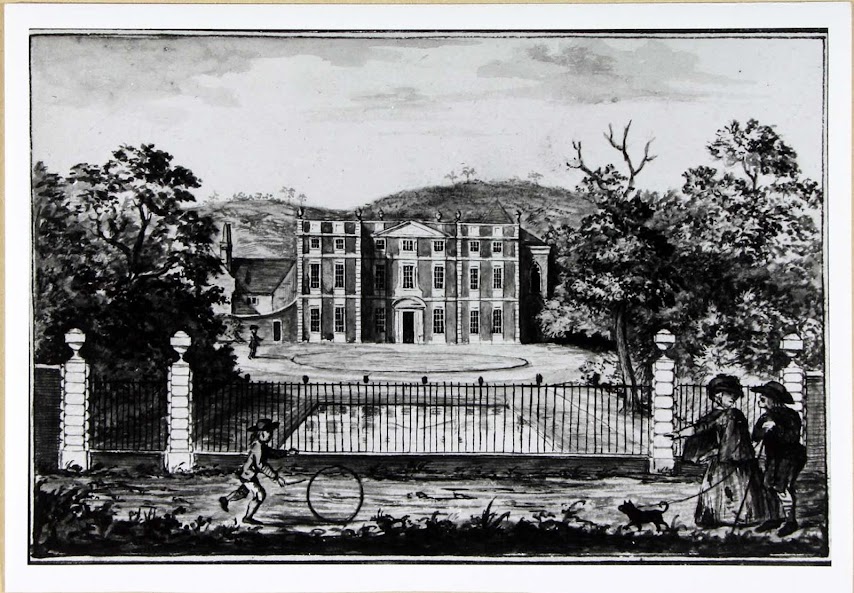 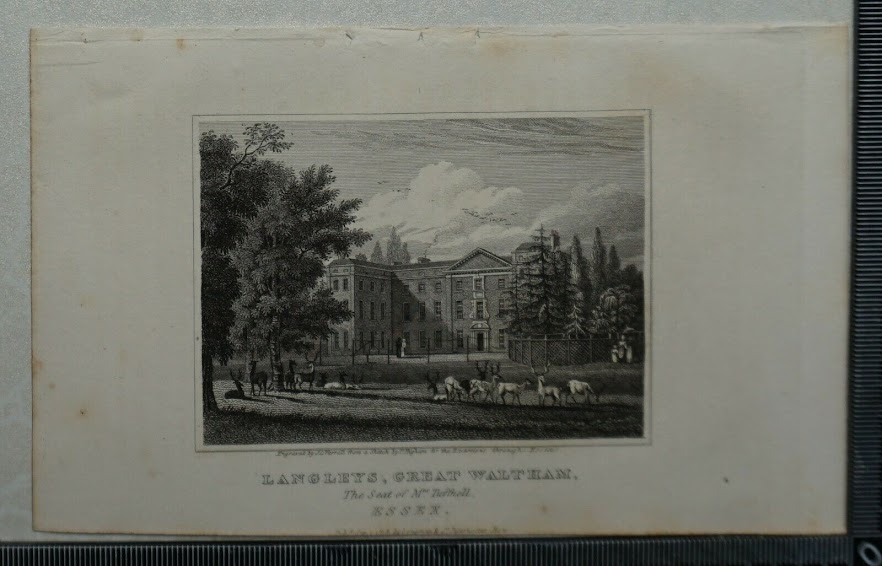 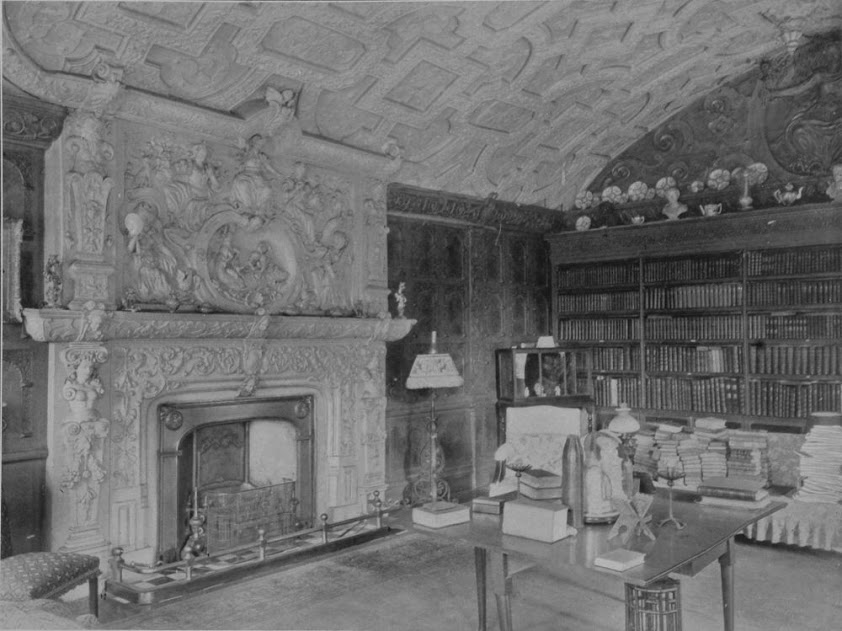 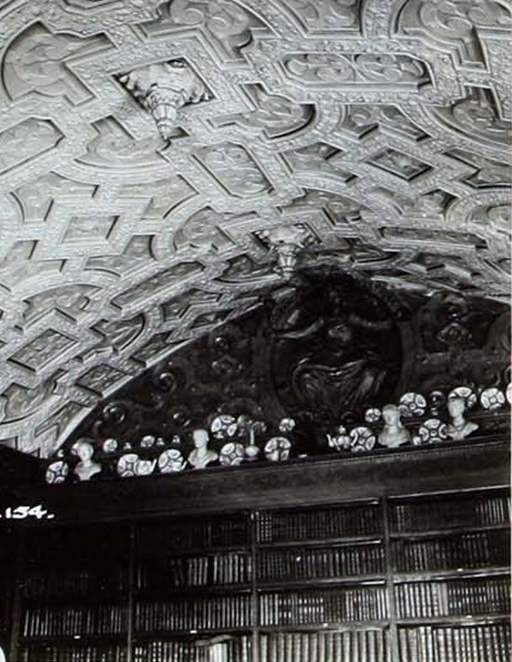 From in English Homes Latham 1907 (see extract below). 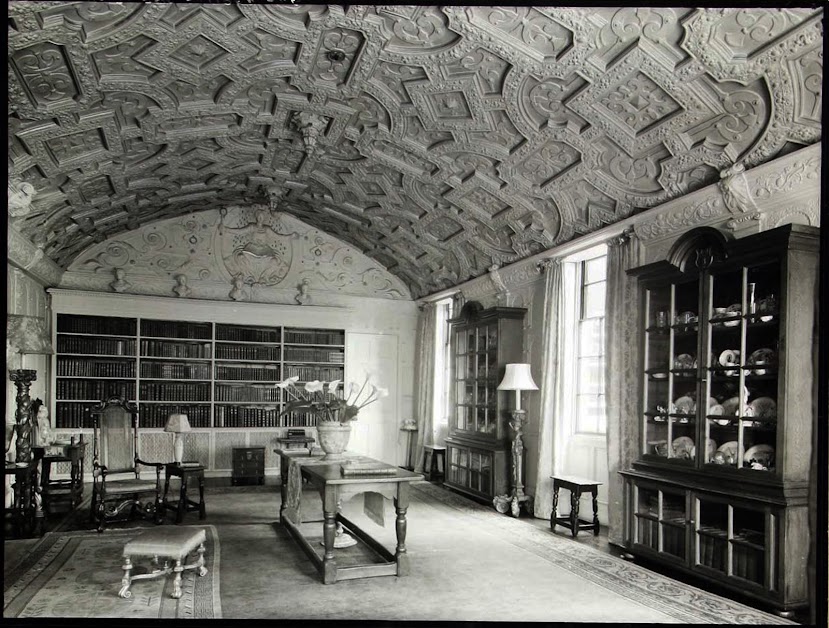 Crop of the above photograph of the Library. 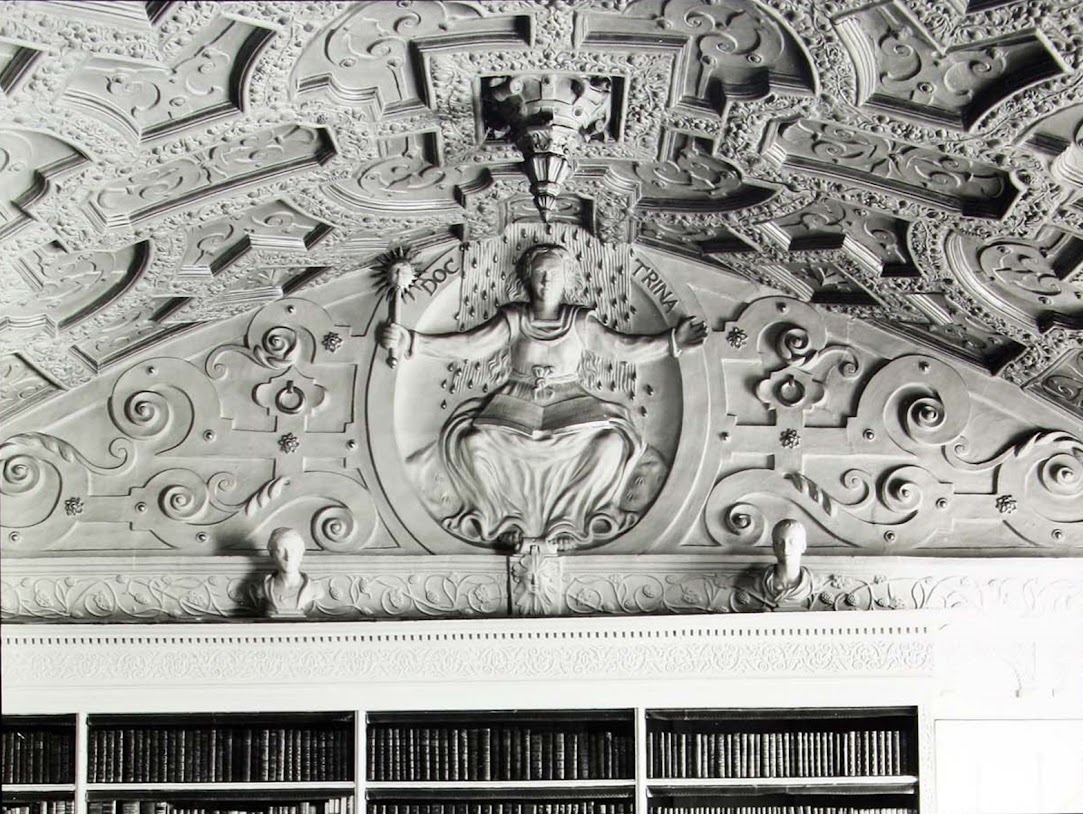 The photograph above and below clearly showing the bust of Pope and bust of Horace (another Horace of this type by John Cheere is at York Museum from Kirkleatham).

The socles of the busts of Pope and Horace match and therefore must have come from the same source (probably John Cheere?). 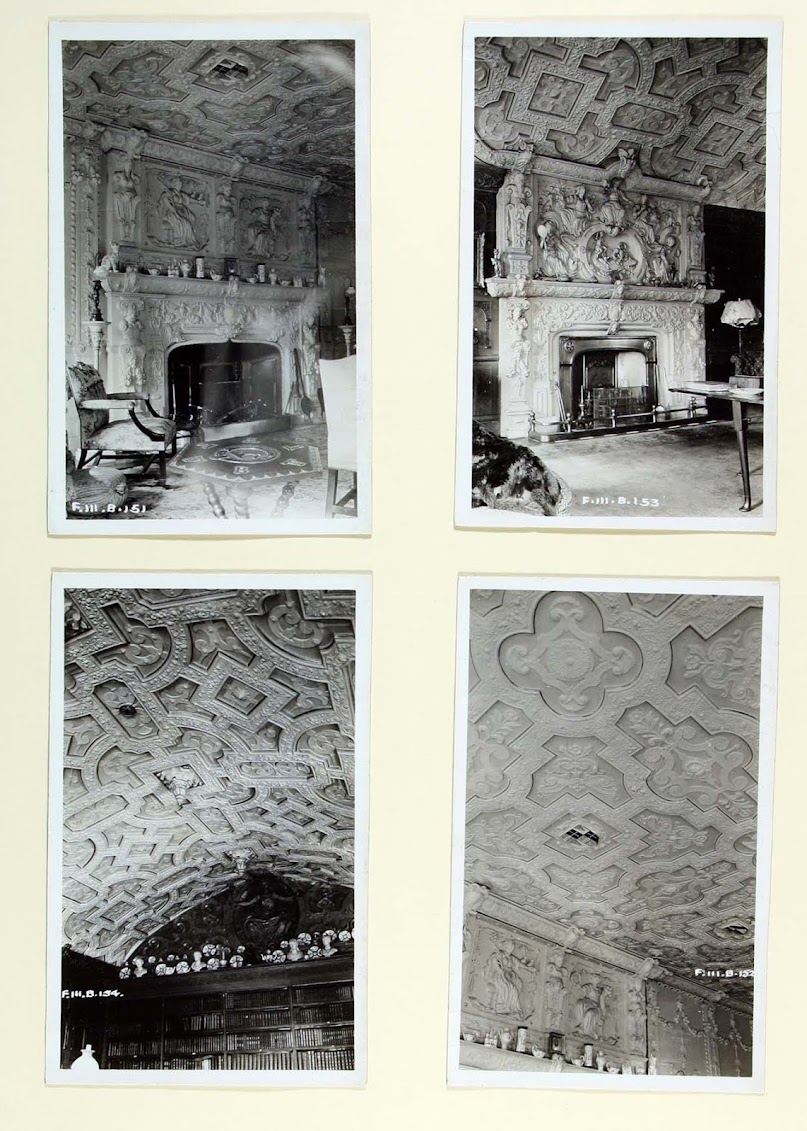 Photographs from Historic England showing the magnificent plasterwork in the old dining room and library in the earlier part of the house retained by Samuel Tufnell when the house was rebuilt.

Article below from the Connoisseur Magazine January 1958.

A good general introduction to Samuel Tufnell, the Tufnell Family and Langleys. 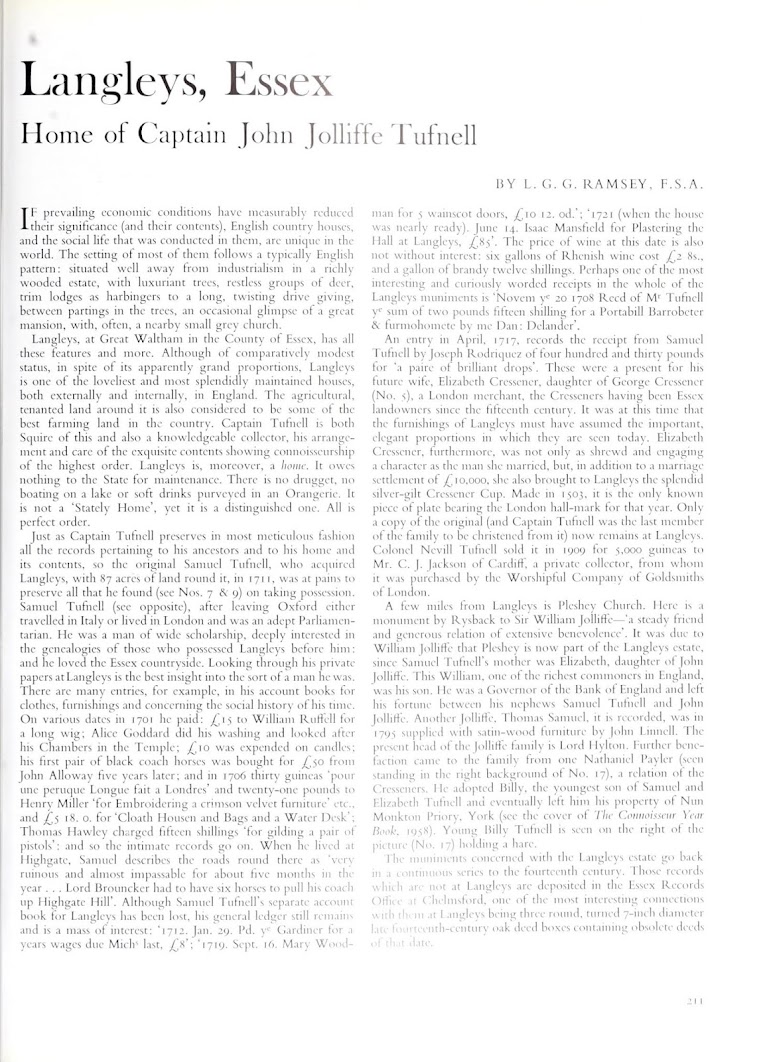 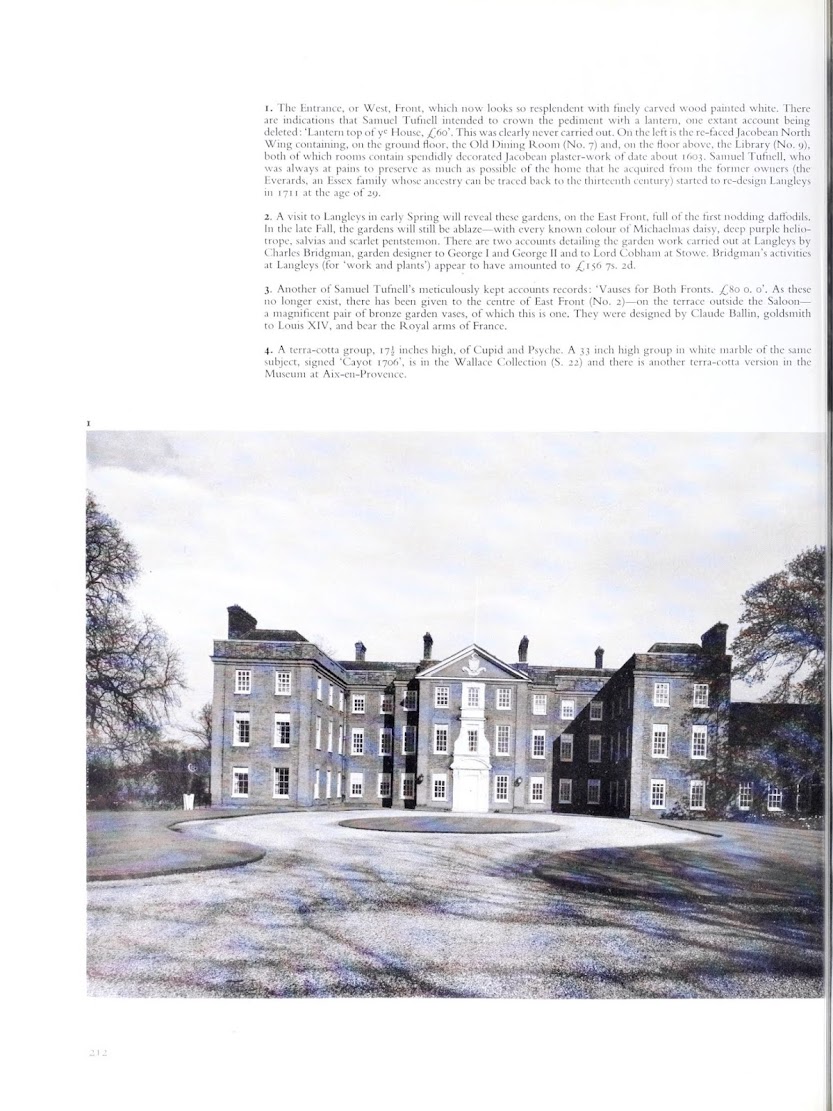 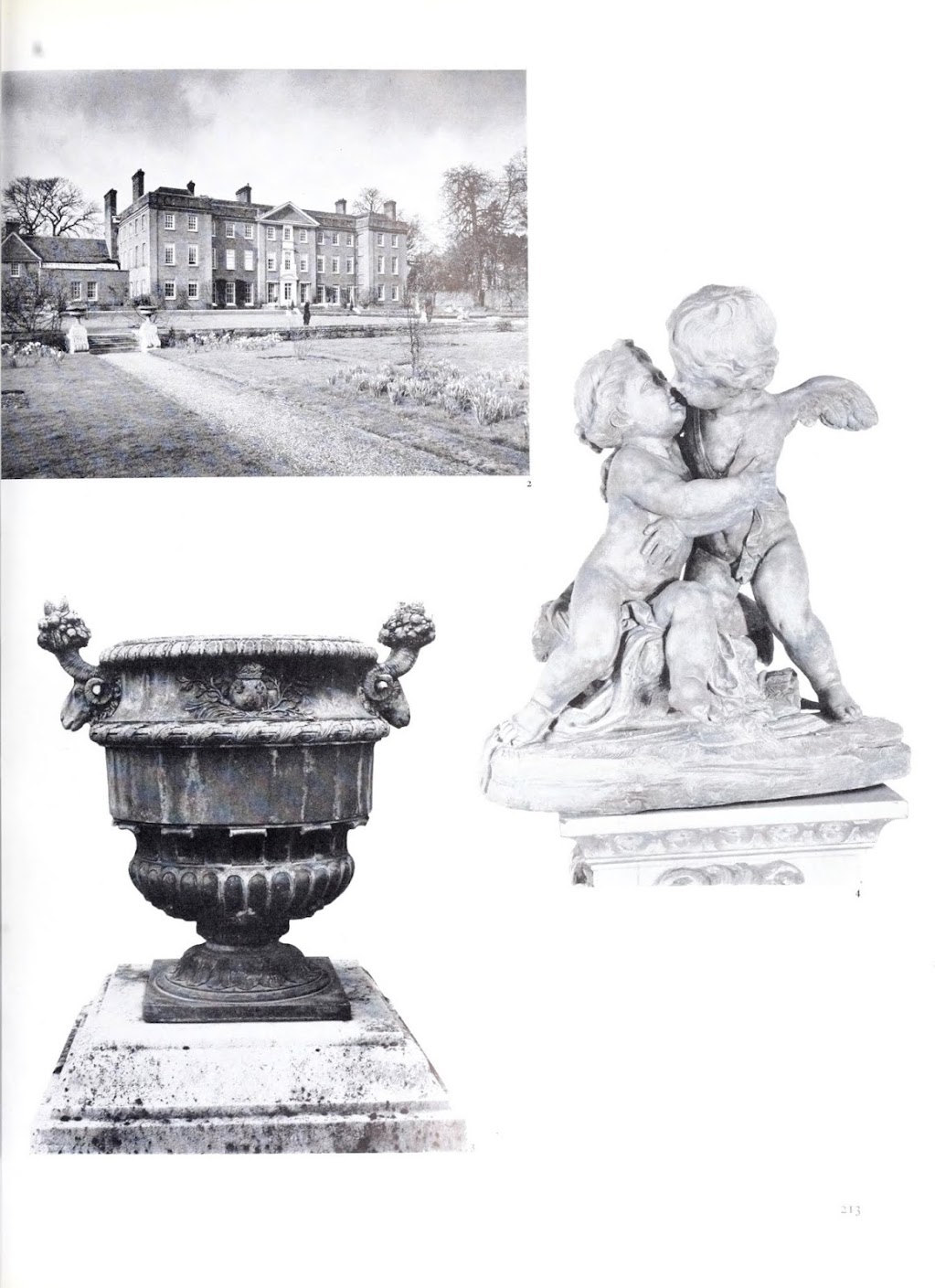 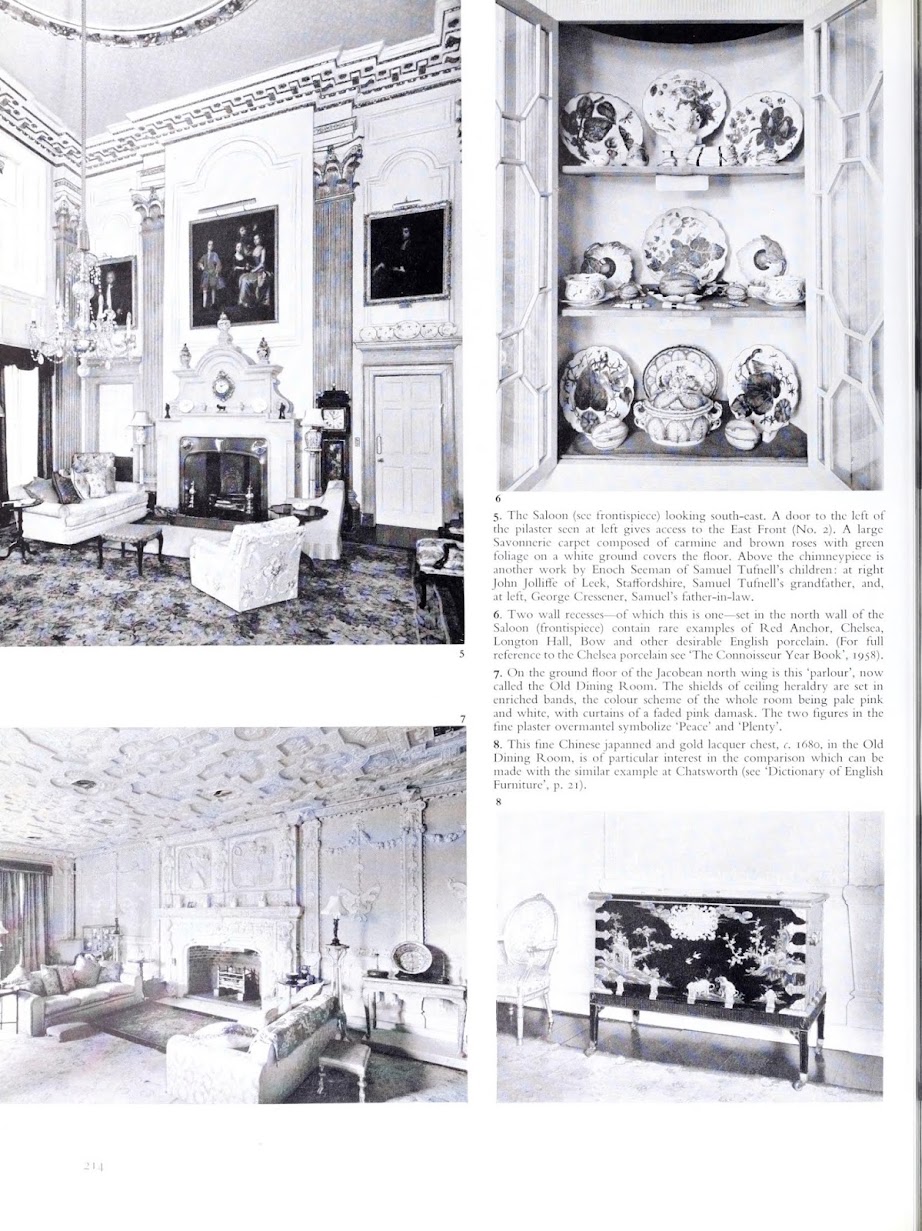 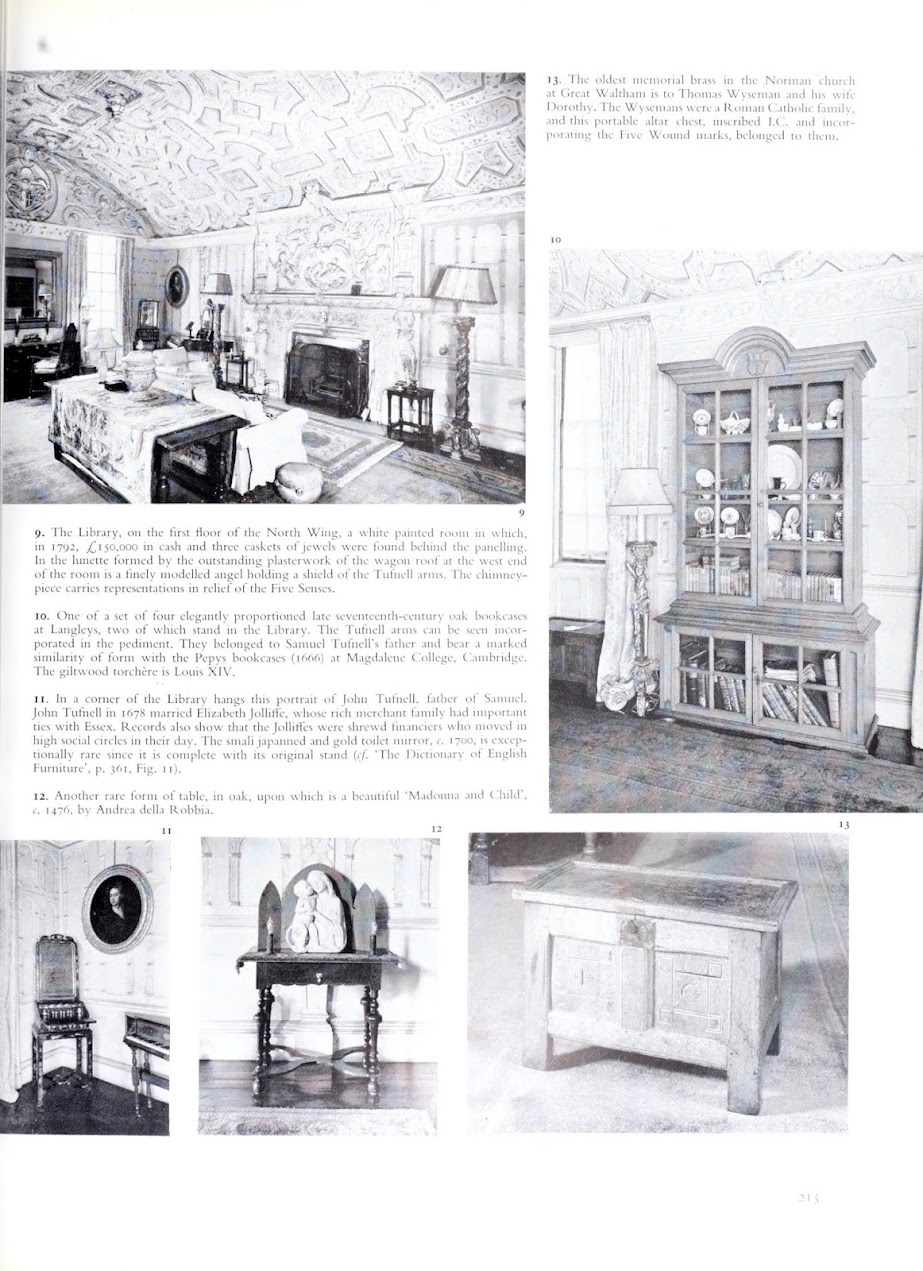 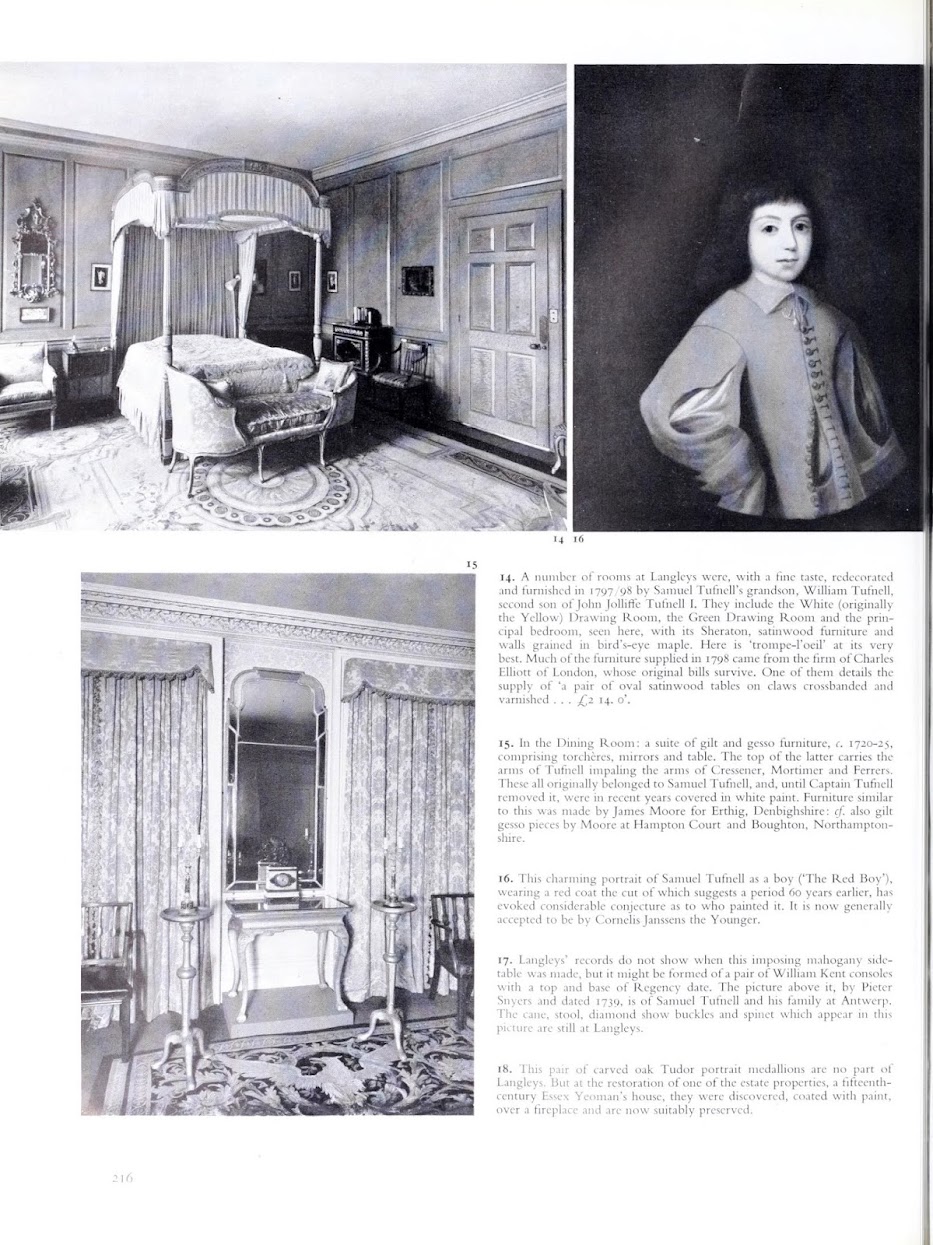 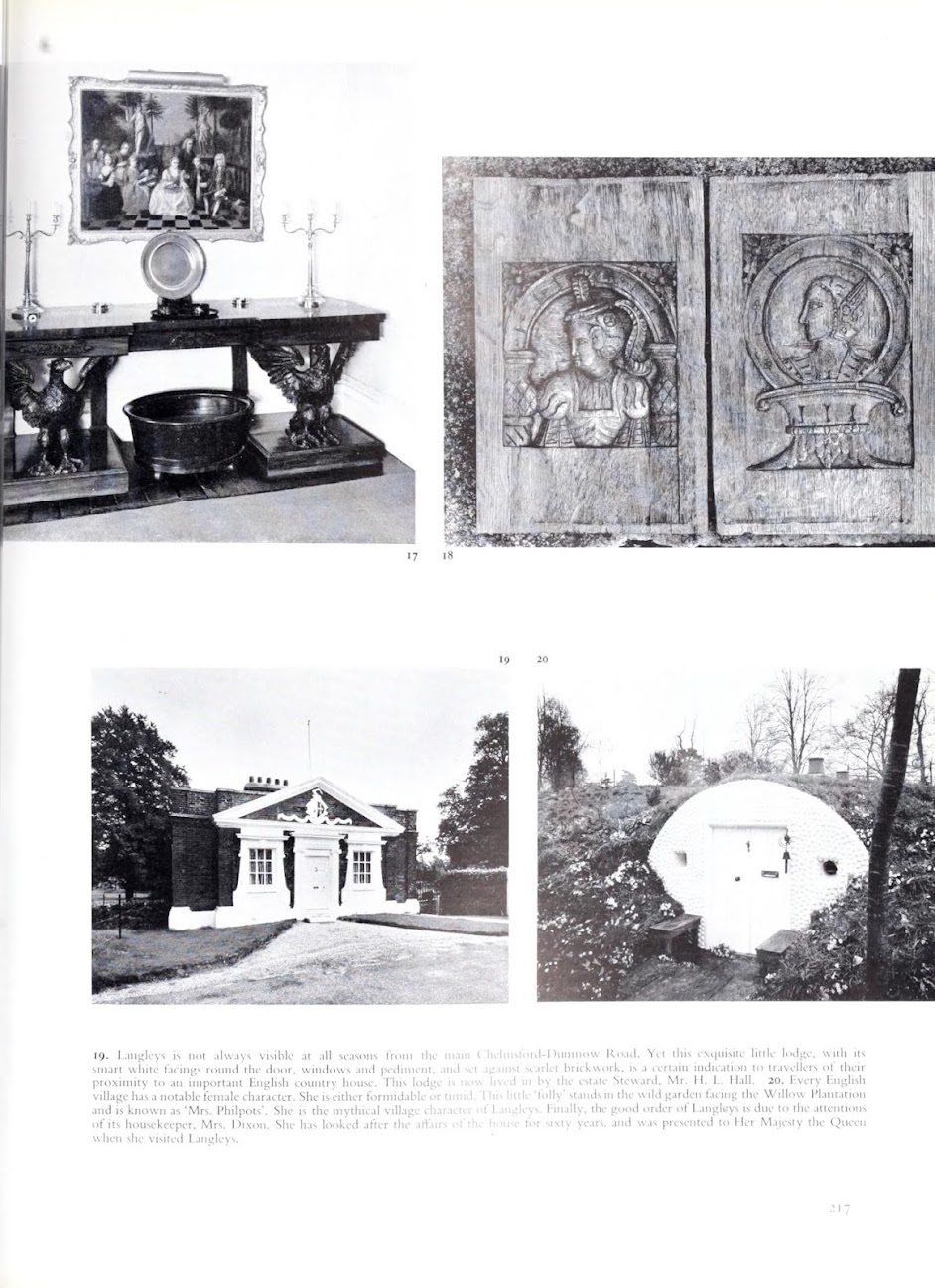 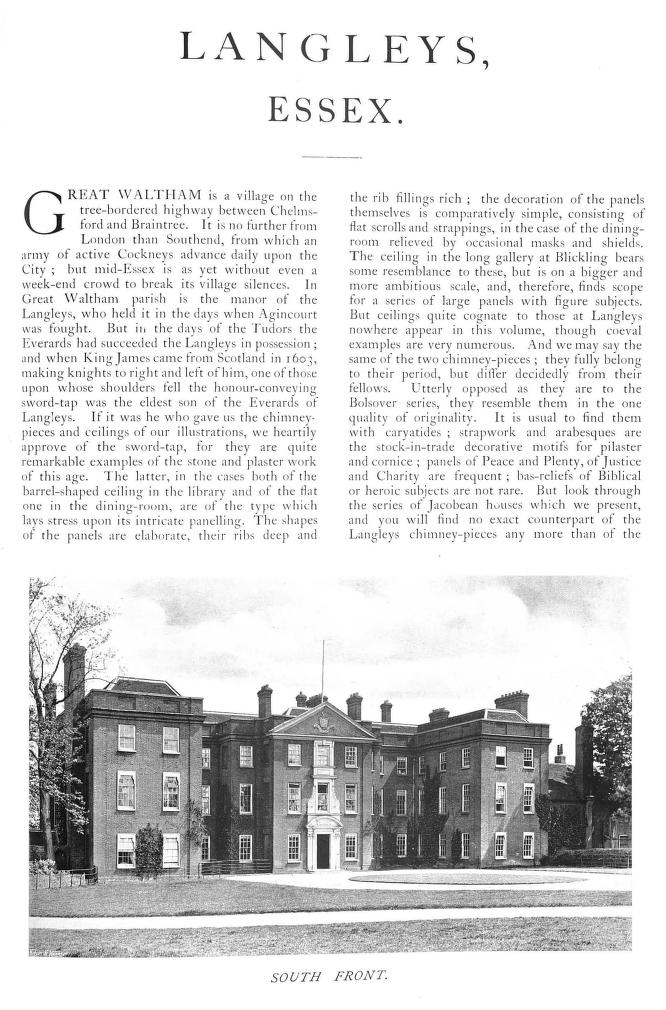 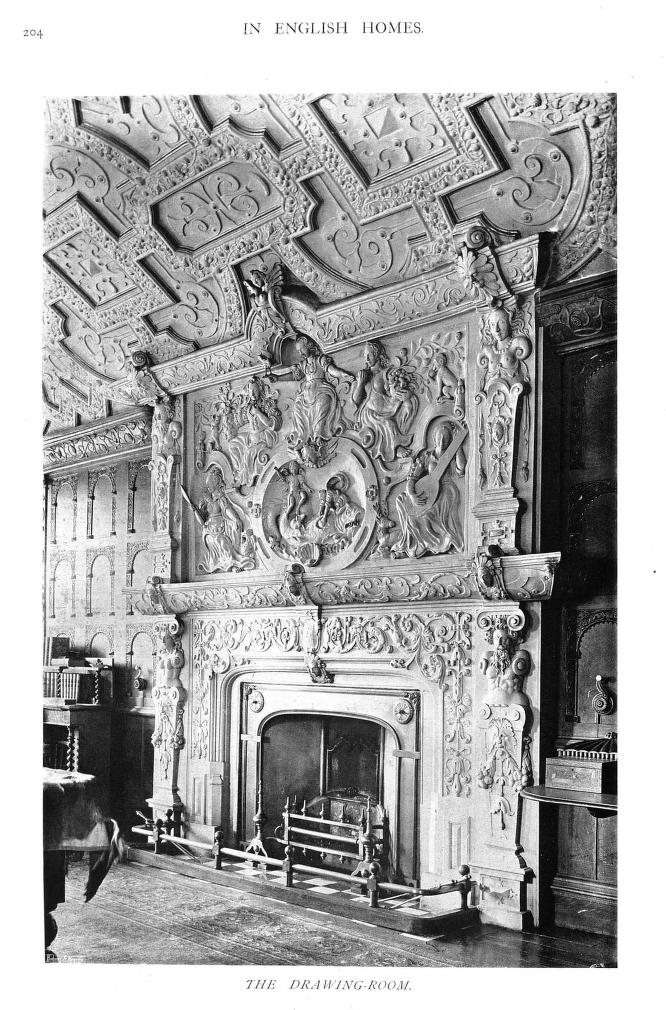 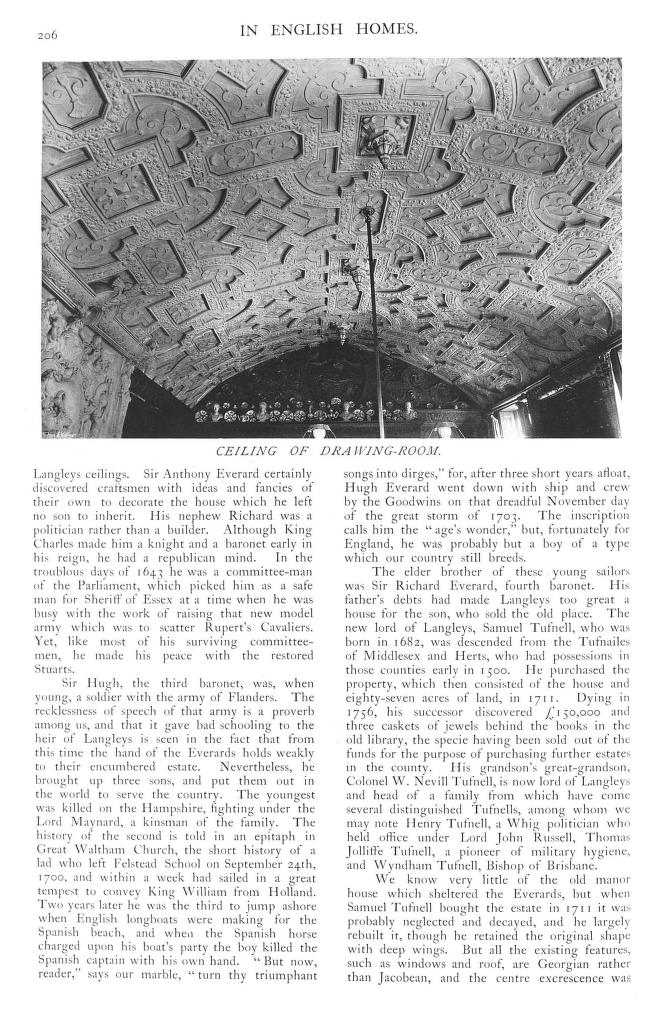 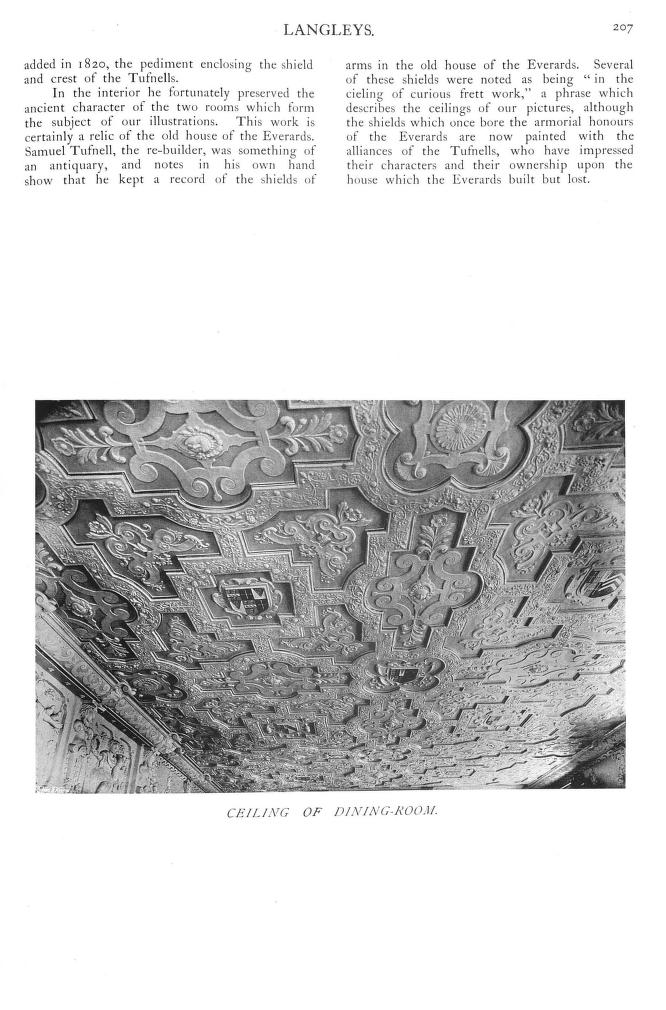 John TUFNAILE, esq. of London, merchant, and of Monken Hadley, in the county of Middlesex. 2

John Tuffnayl is named as a beneficiary in the Will of his late sister Katherine Houblon of St. Olave, Southwark, (co. Surrey), widow (proved Jul 1644).

Desires to be buried in the parish churchyard where he now lives as near to his late wife as possible.

Gives, devises & bequeaths £4,000 to his current wife, pursuant on an agreement made between them shortly before their marriage.

Also gives & bequeaths to her all the pearls, diamonds and other jewells he presented her, and a further sum of £500 in trust for his son Samuel who is not yet 21 years old.

Gives & bequeaths to his brothers[-in-law] Samuel Moyer, Edward Northey and William Jolliffe Esq. all his messuages, lands, tenements and hereditaments until his son Samuel comes of age.

Gives & bequeaths to his daughter Rebecca his best pearl necklace that belonged to her late mother.

Gives & bequeaths to his daughter Elizabeth his other pearl necklace and a pair of diamond pendants that belonged to her late mother.

And in case after the payment of his debts and funeral expenses and the legacies before given his said son Samuel shall have the remainder of his goods, chattels and personal estate which shall make up his part and share thereof which he can or may claim by the customs of the City of London the sum of £11,000, then he shall pay to his sisters £500 each in addition to what hee has already given them.

Constitutes and appoints his son Samuel executor of his last will and testament.

Appoints his said brothers[-in-law] Samuel Moyer, Edward Northey and William Jolliffe guardians of his said children until his son Samuel reaches the age of 21 years.

[Pre-nuptial Settlement on mar. between John Tuffnayle, merchant, and Elizabeth Jolliffe,, spinster (one of daughter of John Jolliffe, esq., decd.), all of London; recites 1636]

Recites intended marriage between John and Lettice; John agrees to spend £7,000 within 1 yr. of mar. in purchasing houses and lands as settlement

2 A Genealogical and Heraldic History of the Commoners of Great Britain and Ireland, Enjoying Territorial Possessions Or High Official Rank: But Univested with Heritable Honours, Volume 2, John Burke, 1835, Tufnell, of Langleys, p. 182.

Posted by David Bridgwater at 16:00