Cheselden by Weekes after Roubiliac

Photographed by the author using an i phone.

I have posted on the plaster bust of Cheselden by Roubiliac at the Royal College of Surgeons:

Included here are a few notes on the plaster bust of John Belchier also by Roubiliac and at the Royal College of Surgeons. 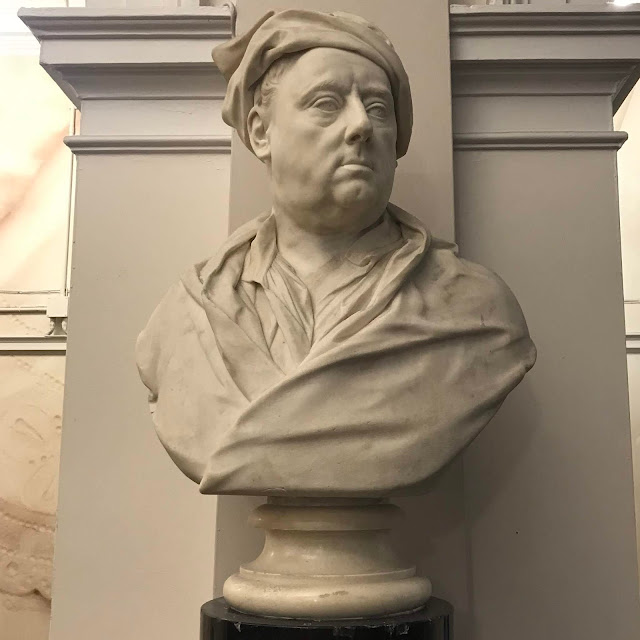 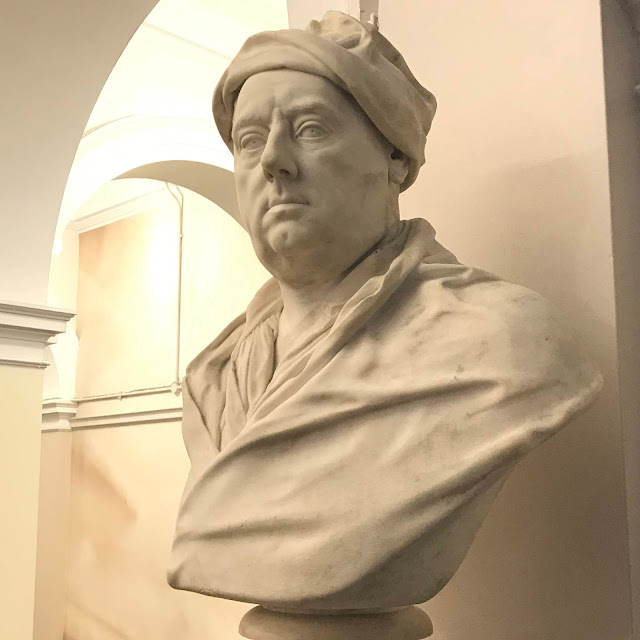 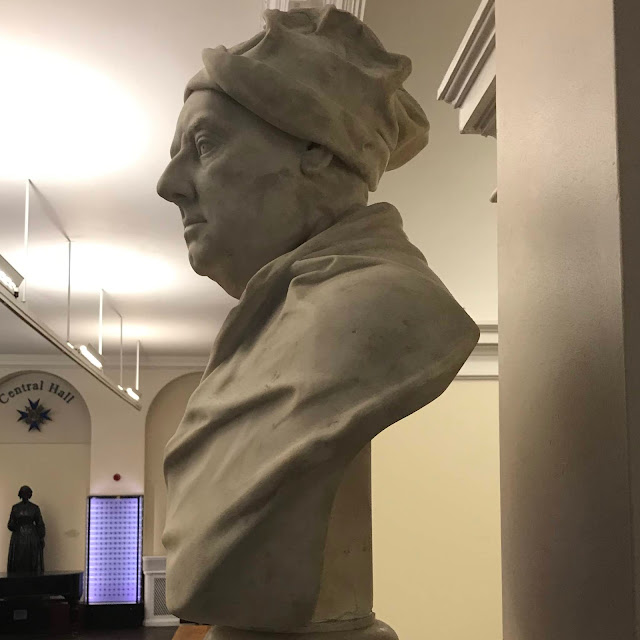 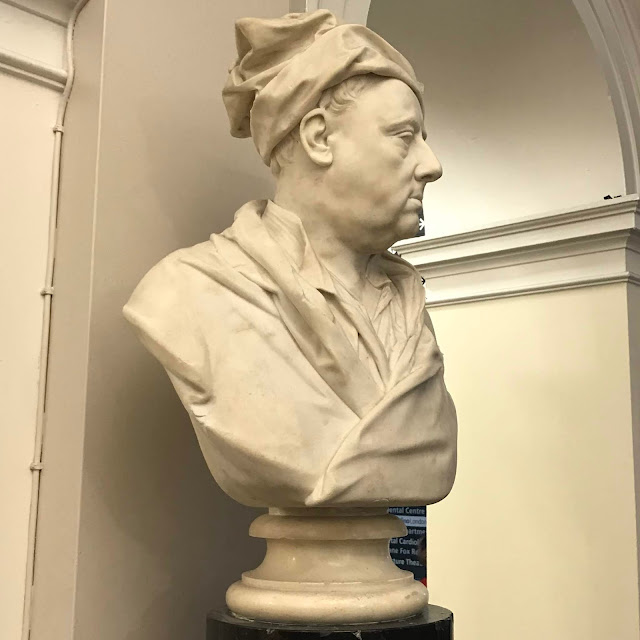 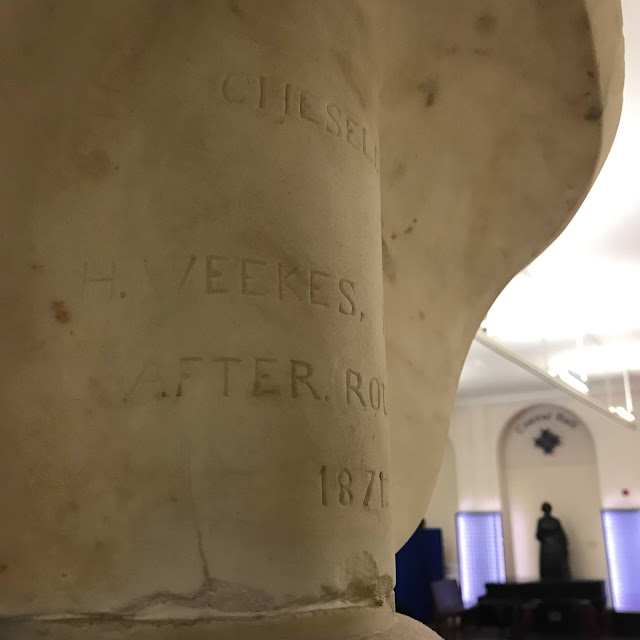 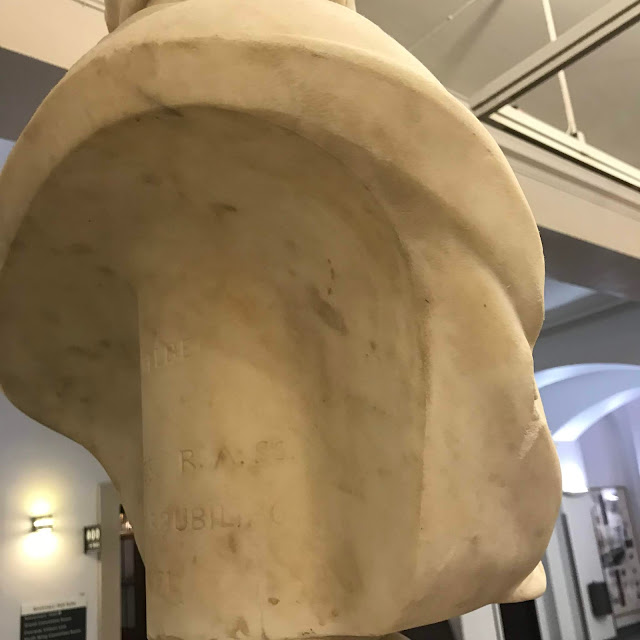 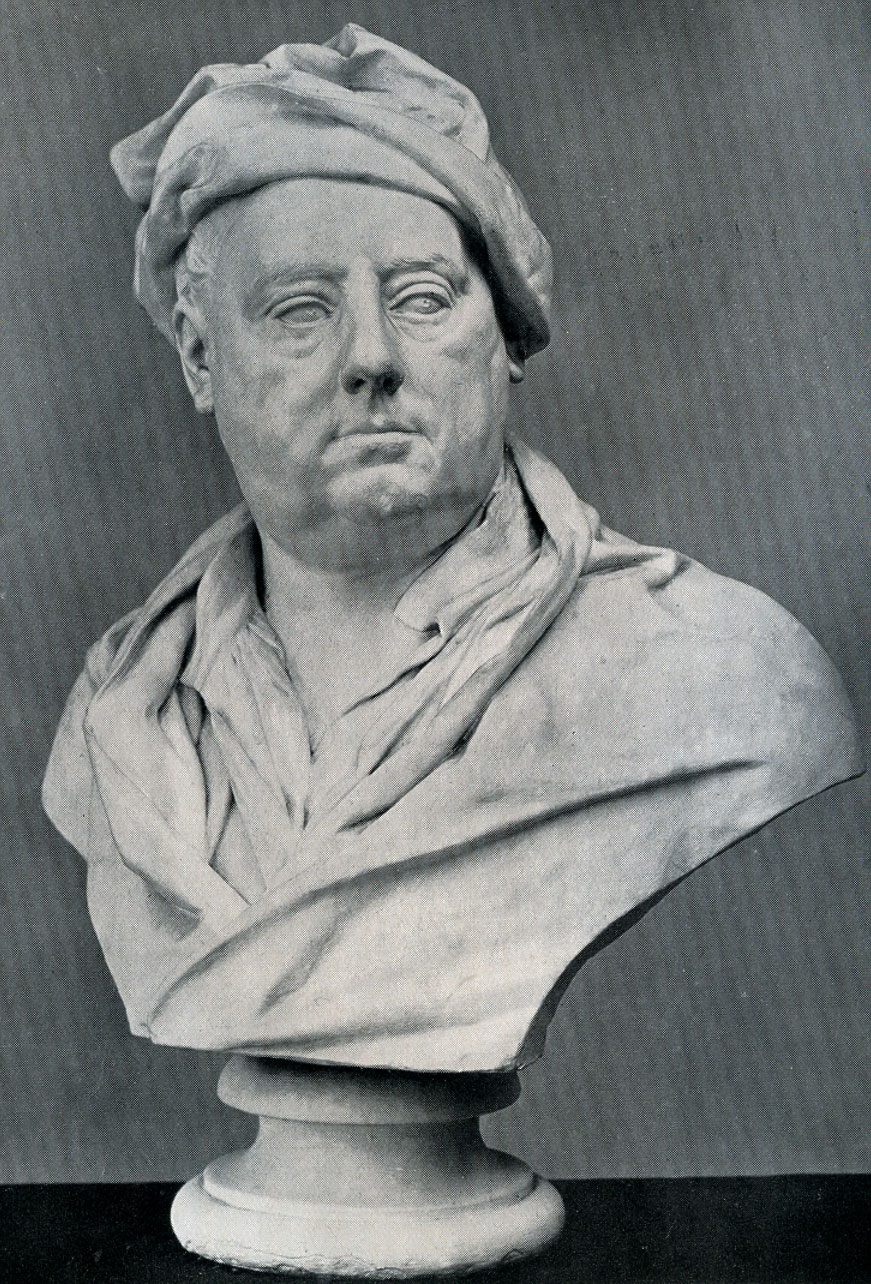 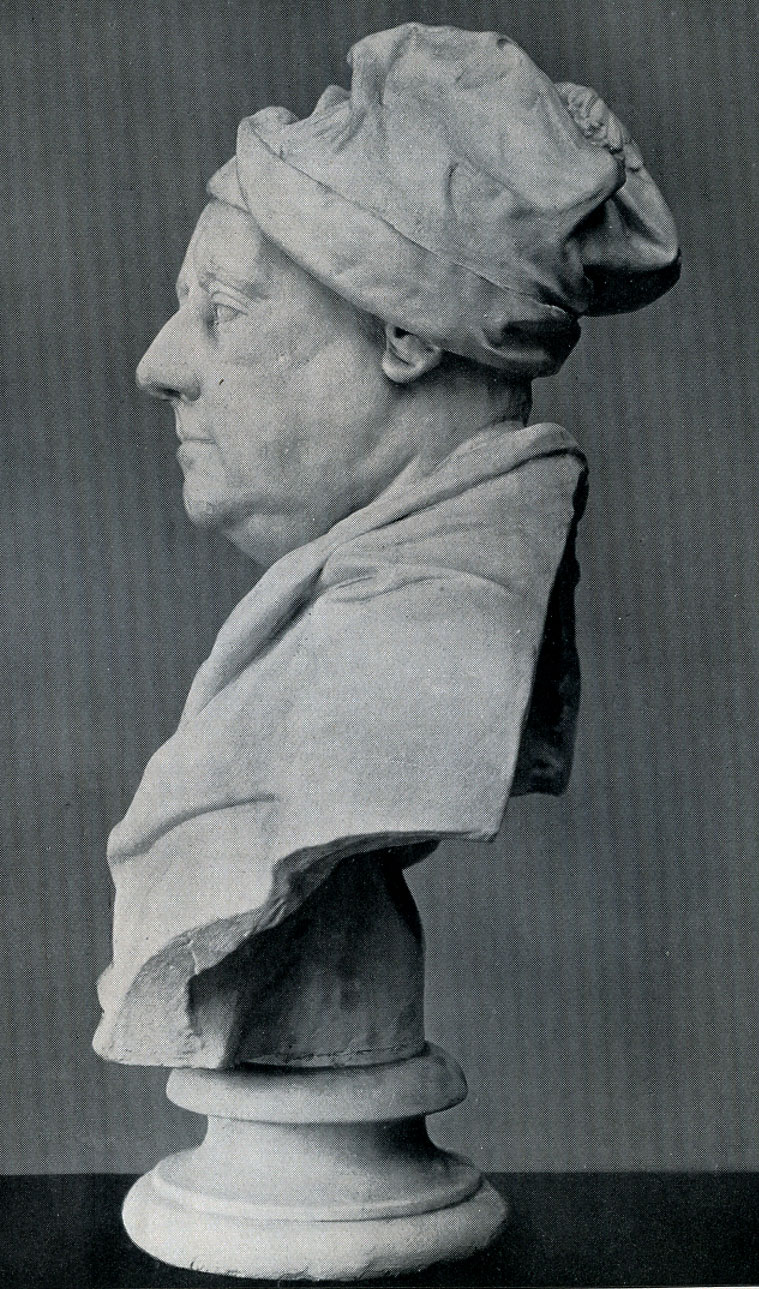 These images above from Roubiliac by Mrs Esdaile pub. 1929. 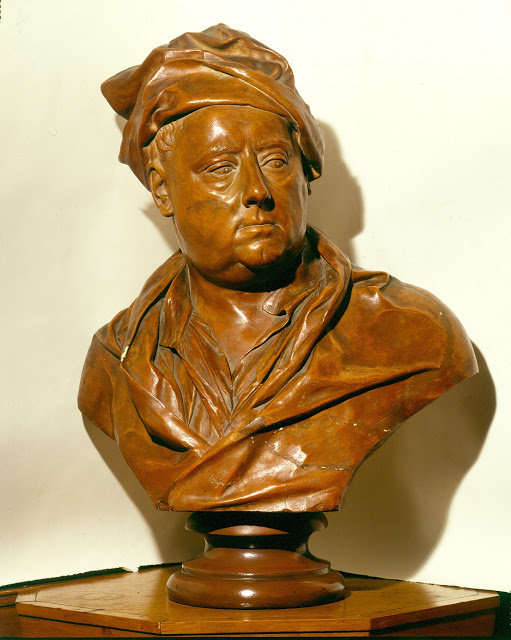 I am very grateful to Bruce Simpson, Curator, Royal College of Surgeons for providing this photograph.

These are the best photographs currently available. 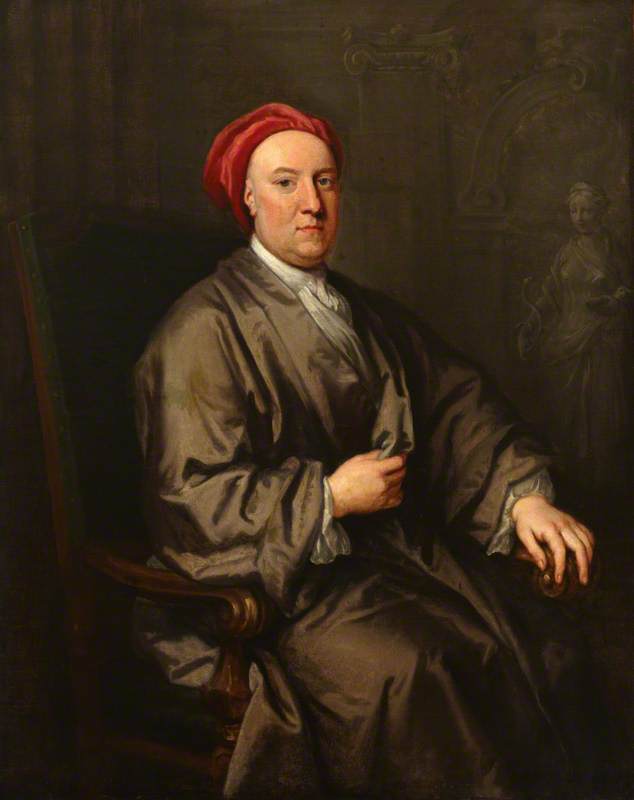 Painting by Godfrey Kneller, three-quarter-length seated wearing beret, right hand at breast, the figure of Hygeia in an alcove beyond him. 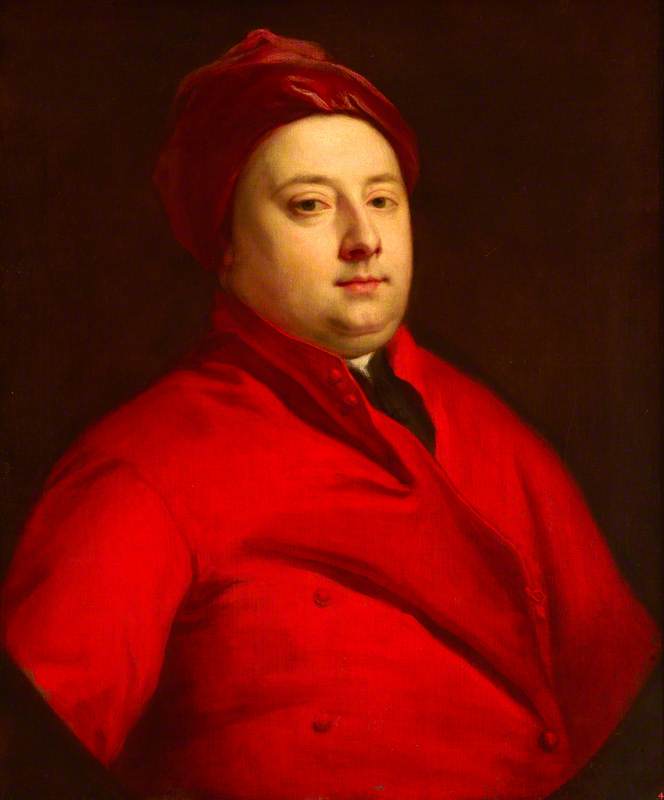 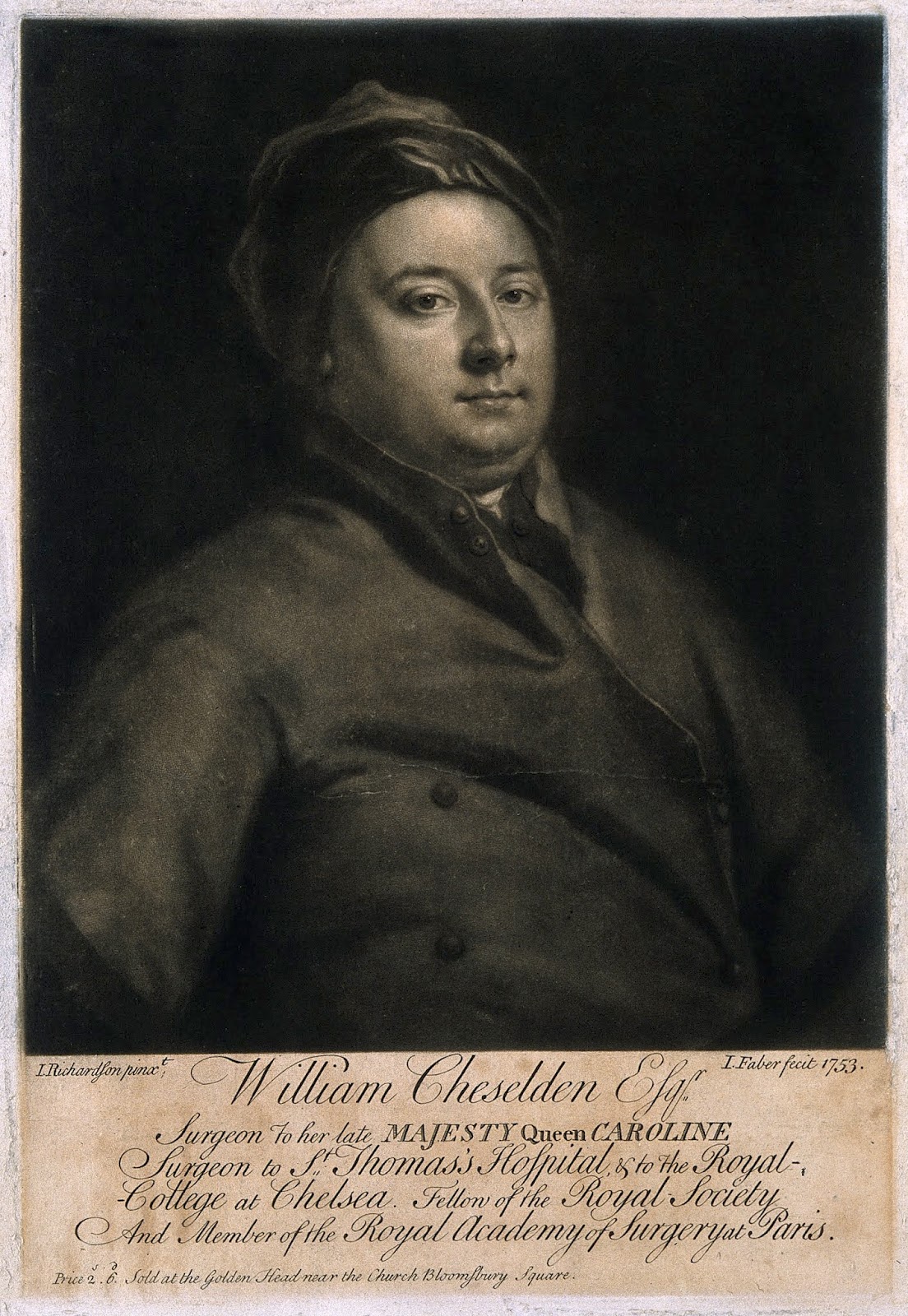 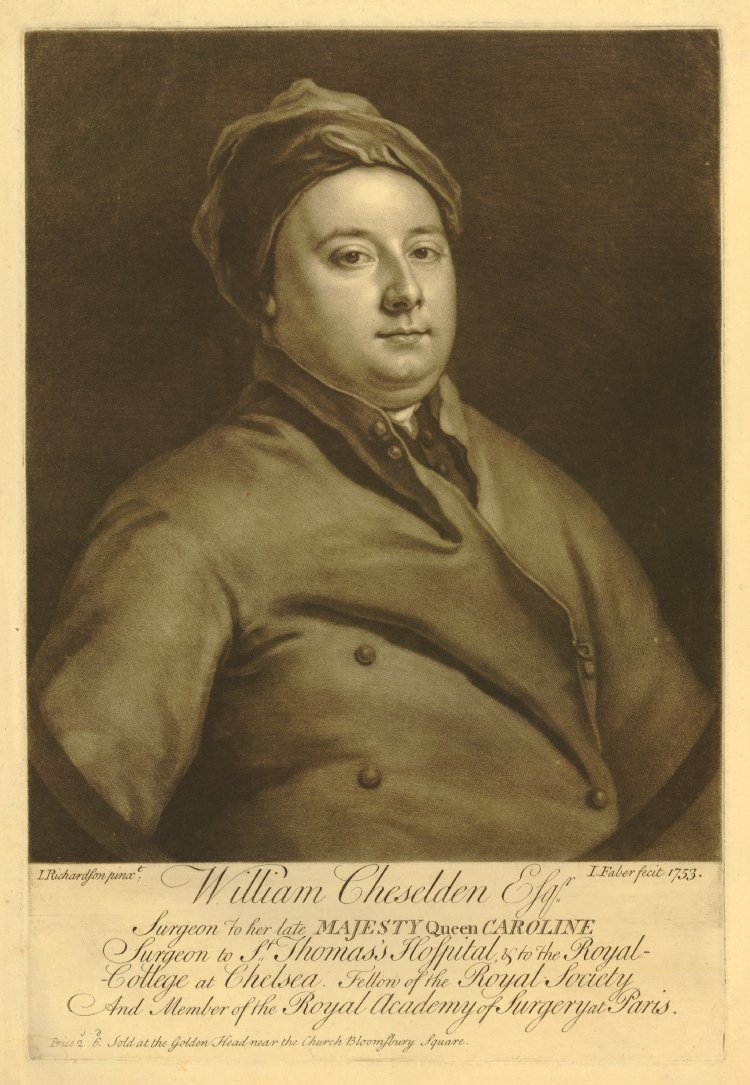 Lettered below the image with the title, continuing "Surgeon to her late Majesty Queen Caroline Surgeon to St. THomas's Hospital, & to the Royal-College at Chelsea. Fellow of the Royal Society And Member of the Royal Academy of Surgery at Paris.", and "I. Richardson pinxt. / I. Faber fecit 1753. / Price 2s.6d. Sold at the Golden Head near the Church Bloomsbury Square.". 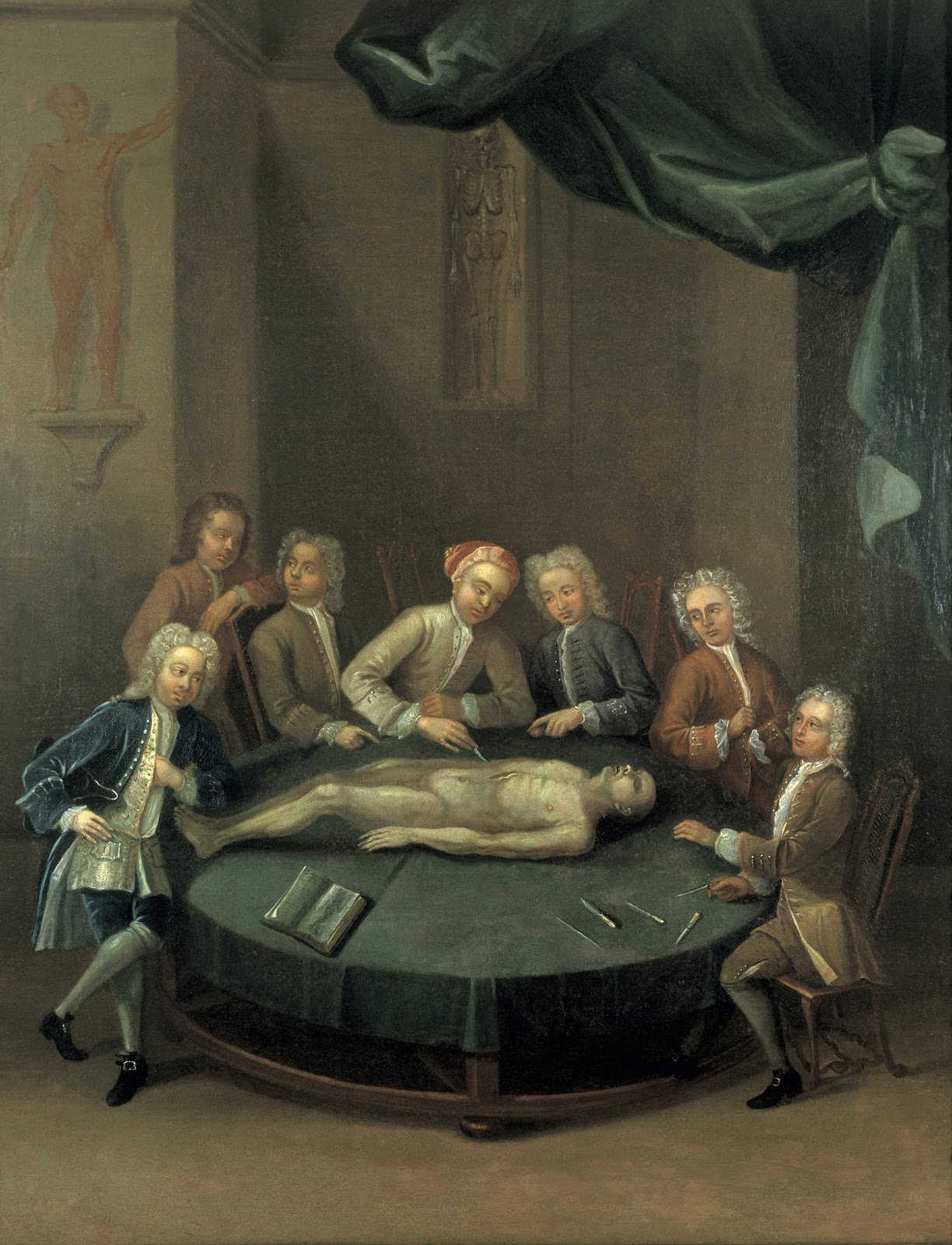 William Cheselden giving an anatomical demonstration to six spectators in the anatomy-theatre of the Barber-Surgeons' Company, London. 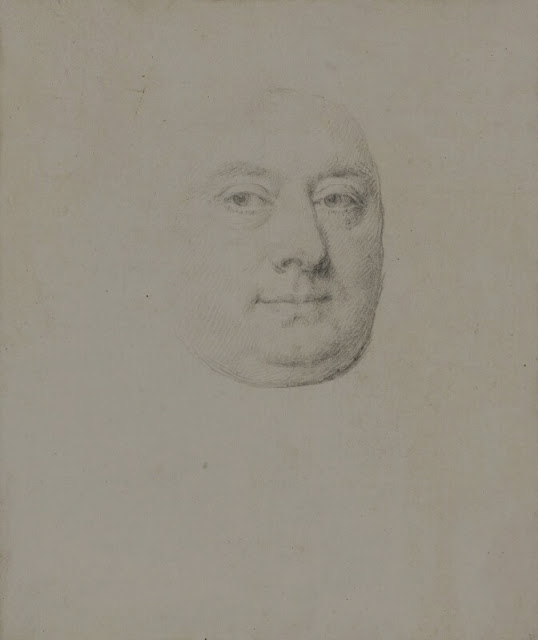 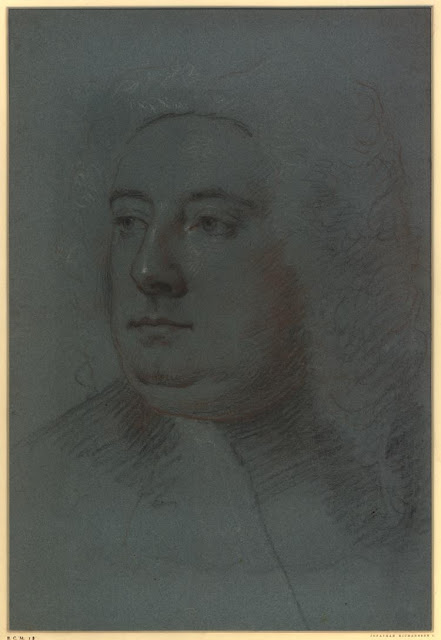 
All known portraits   biography and References:

For Art UK website with works relating to Cheselden see -

See also The English Virtuoso: Art, Medicine, and Antiquarianism in the Age of Empiricism

The plaster bust at the Royal College of Surgeons 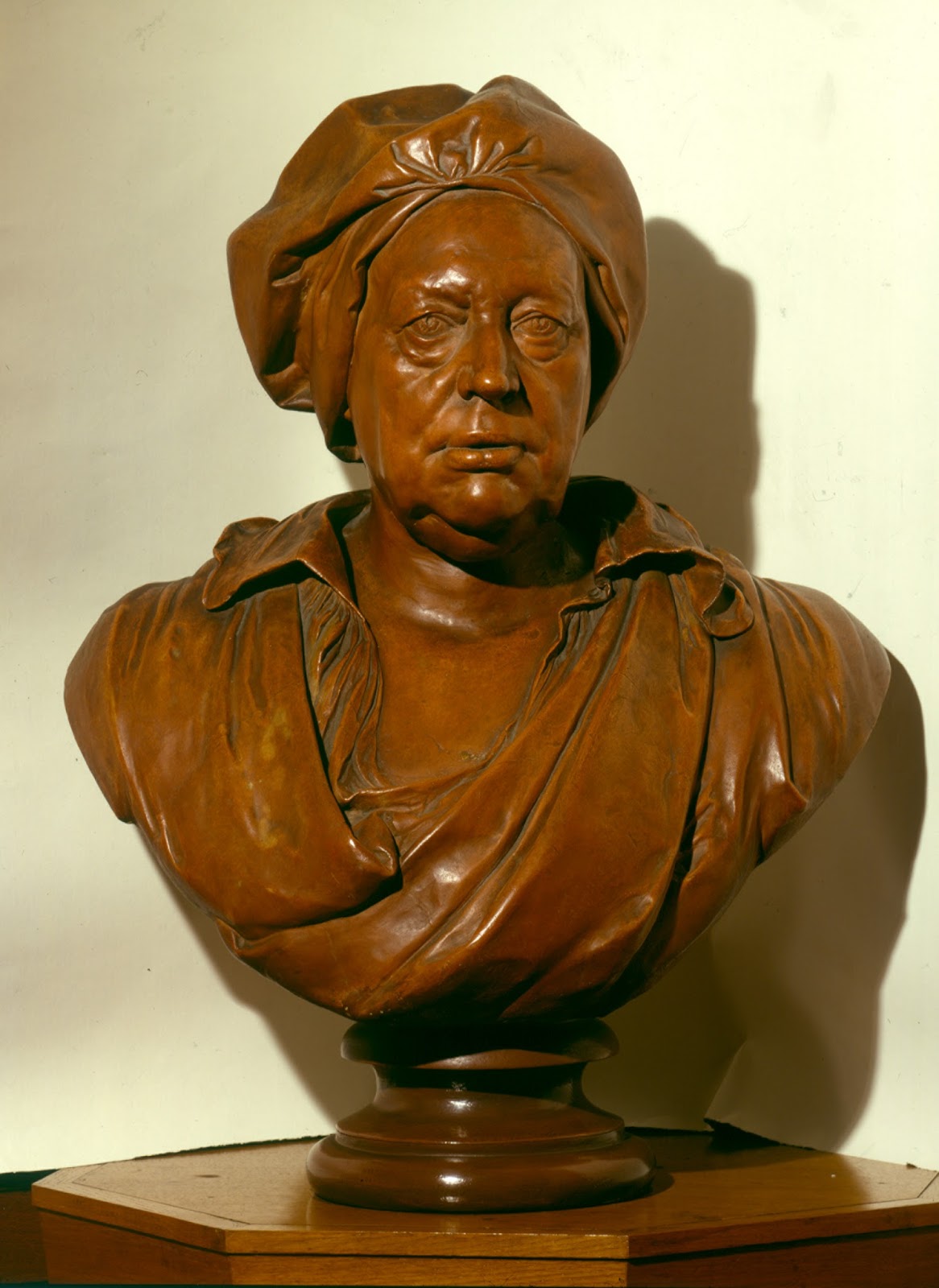 I am very grateful to Bruce Simpson, Curator, Royal College of Surgeons for providing this photograph (above).


There is mention of busts of John Belchier and Dr Richard Mead in the Museum at Guys Hospital in an inventory published in 1829 by Thomas Hodgkin.

John Belchier (1706-1785) who was at Guy's Hospital 1736-68. He discovered at about the time of his Guy's appointment that the vegetable dye madder stained newly forming bone tissue, opening up the study of the growth and development of the skeleton, which was vigorously taken forward by Henri-Louis Duhamel du Monceau and John Hunter. , and was a member of the Court of Assistants at the Company of Surgeons from 1751 to 1785. [Wikipedia]

The Oxford DNB entry is more extensive:  "John Belchier  (bap. 1706, d. 1785), surgeon, the son of James Belchier, innkeeper and bailiff of Kingston, was born at Kingston, Surrey, and was baptized there on 5 March 1706. He entered Eton College as a king's scholar in 1716. On leaving school he was apprenticed to William Cheselden, head surgeon at St Thomas's Hospital, London. By perseverance Belchier became eminent in his profession, and in 1736 he was appointed surgeon to Guy's Hospital. In 1732 he was elected a fellow of the Royal Society.  He was a founding governor of the Foundling Hospital, a charity created by Royal Charter in 1739. Belchier was awarded the Copley Medal by the Royal Society in 1737, and his name appears on the list of the council from 1769 to 1772.

He contributed some papers to the society's Philosophical Transactions. On Belchier's retirement as surgeon of Guy's Hospital he was elected one of its governors, and also a governor of St Thomas's Hospital. He had an exaggerated reverence for the name of Guy, saying ‘that no other man would have sacrificed £150,000 for the benefit of his fellow-creatures’. In the Gentleman's Magazine for 1743 is the following story:

One Stephen Wright, who, as a patient, came to Mr. Belchier, a surgeon, in Sun Court, being alone with him in the room clapt a pistol to his breast, demanding his money. Mr. Belchier offered him two guineas, which he refused; but, accepting of six guineas and a gold watch, as he was putting them in his pocket Mr. Belchier took the opportunity to seize upon him, and, after a struggle, secured him. (GM, 1st ser., 13, 1743, 50)


A stout but active man, Belchier died suddenly in Sun Court, Threadneedle Street, on 6 February 1785 after returning from Batson's Coffee House. His manservant had attempted to raise his master but was told ‘No John—I am dying. Fetch me a pillow; I may as well die here as anywhere else’ (Wilks and Bettany, 127). He was buried in the founder's vault in the chapel attached to Guy's Hospital." 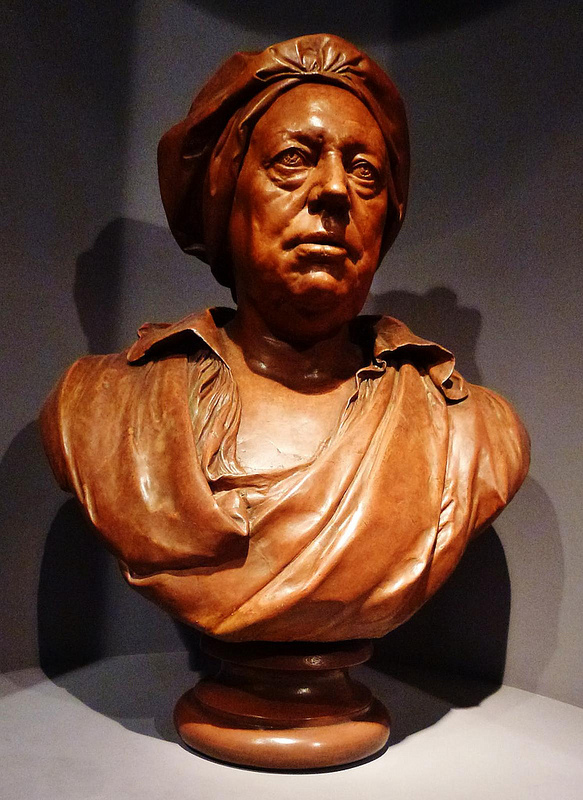 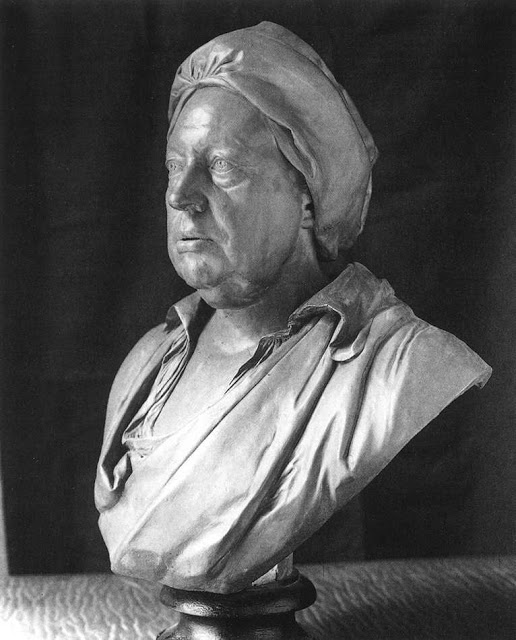 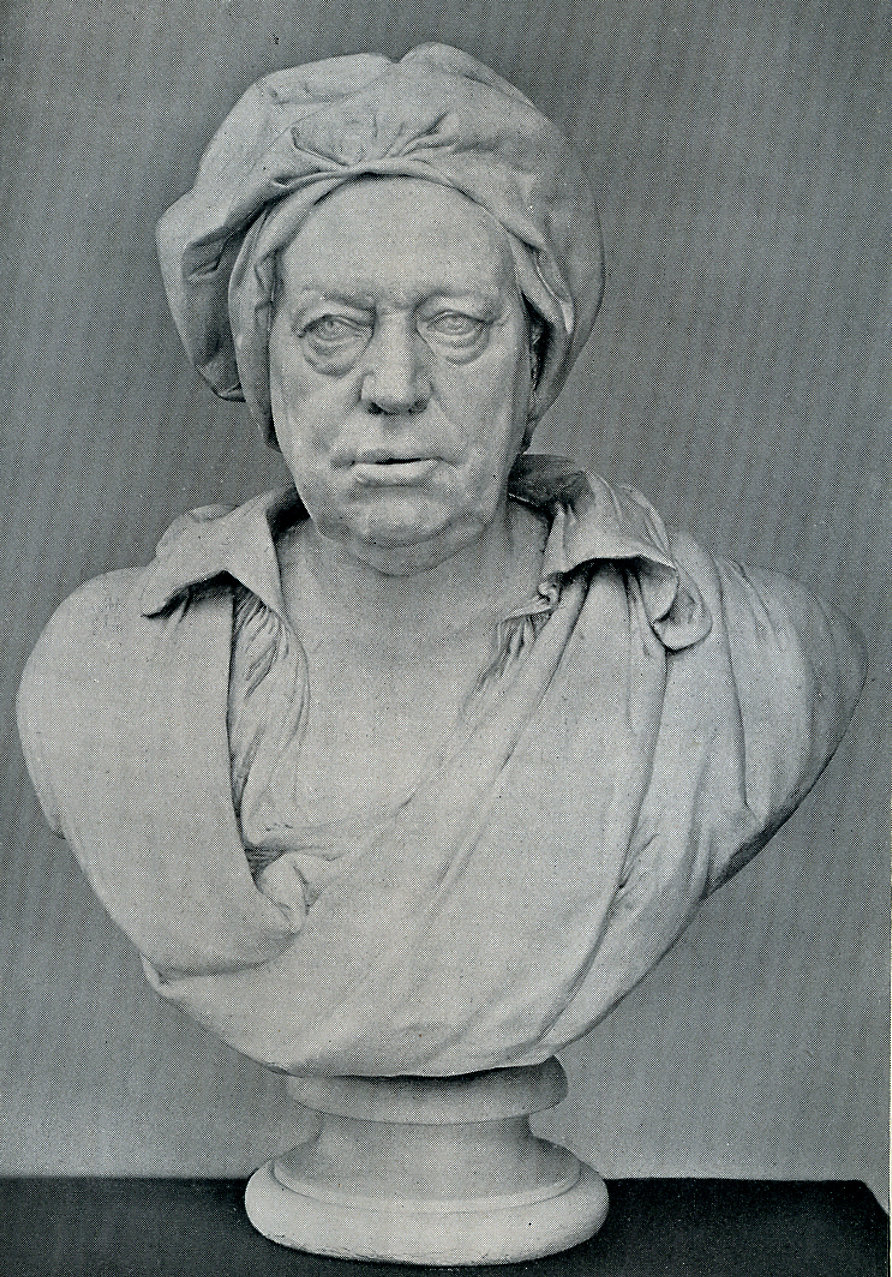 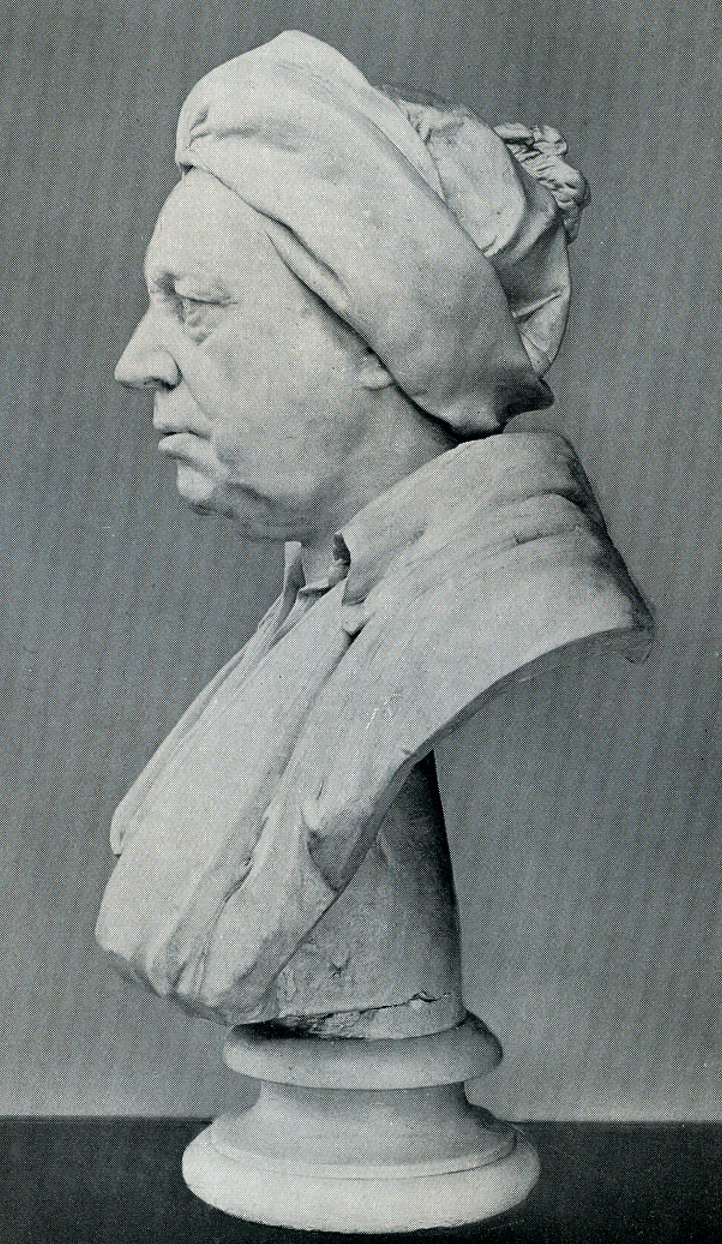 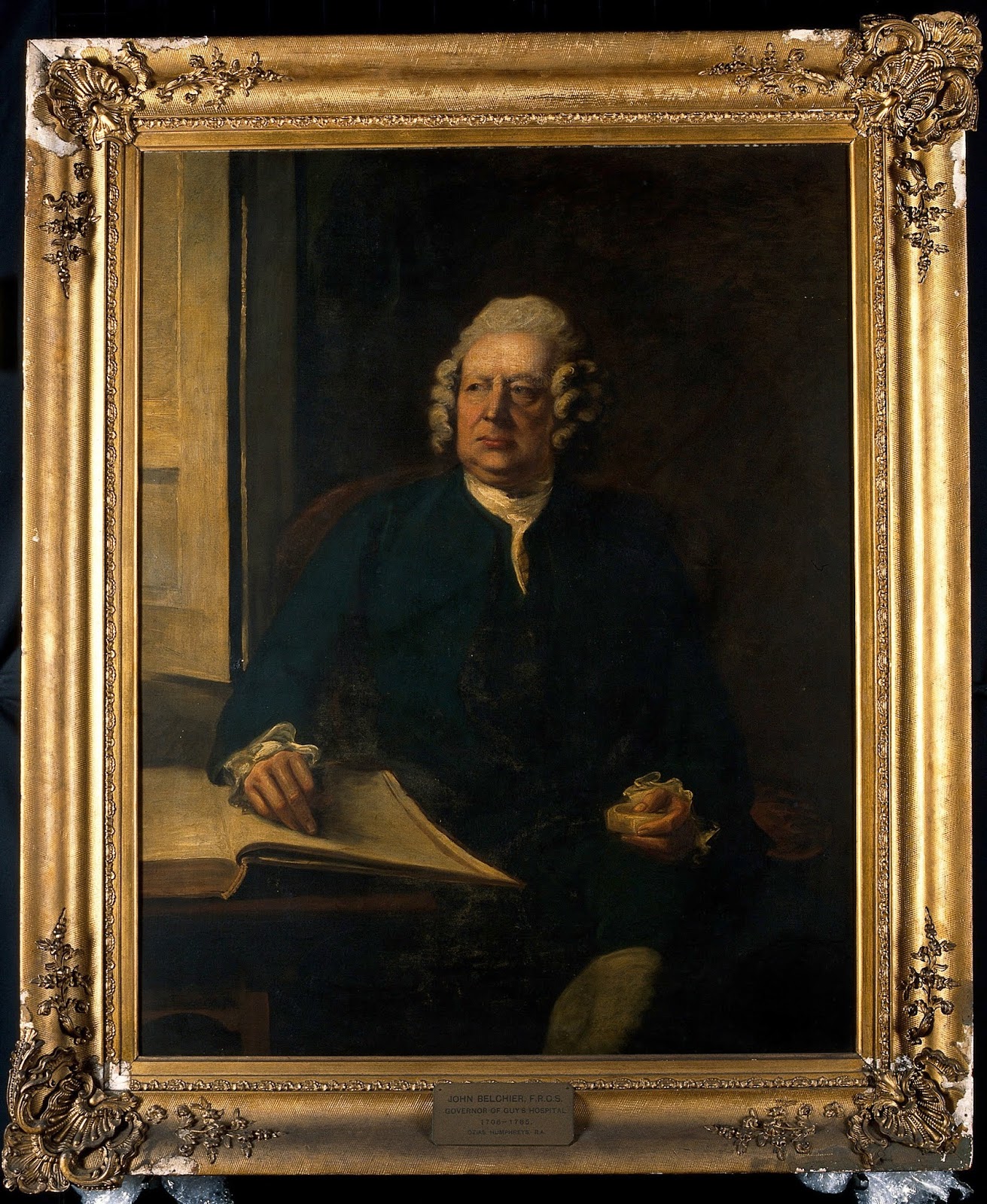 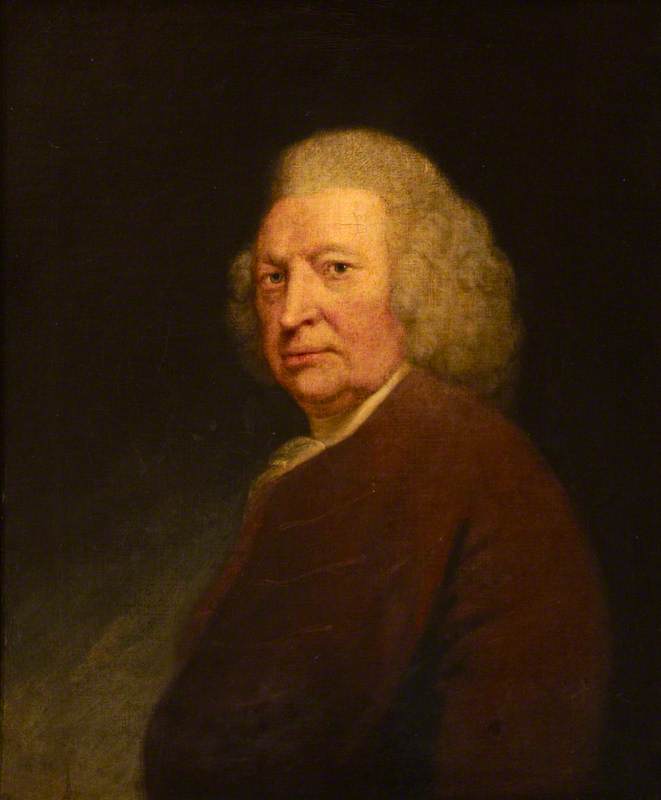