Roubiliac Figures at the Sale of Thomas Major 1800

The Roubiliac Figures of Painting and Sculpture.
at the Sale of the Engraver Thomas Major (1720 - 99).
at his home at 5 Tavistock Row, Covent Garden.
Lot 22. Leigh and Sotheby on 21 April 1800.
Some notes on Lot 21, the Roubiliac statuette of Tarquin and Lucretia in Bronze and terracotta

Thomas Major (1720 – 30 December 1799) was an English engraver. He worked with Hubert Gravelot and went to Paris in 1745. In England, he became engraver to Frederick, Prince of Wales; he was the first engraver appointed by the Royal Academy of Arts elected associate engraver in 1770, and became chief seal engraver to the King in 1756.
Newspaper clipping from the Morning Post 17 April, 1800. 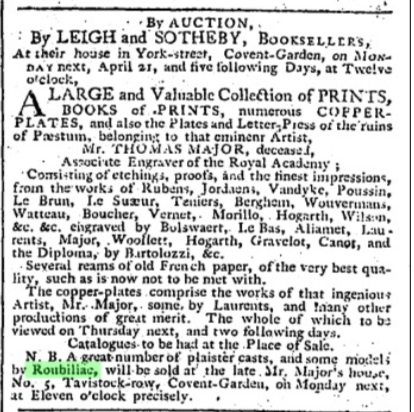 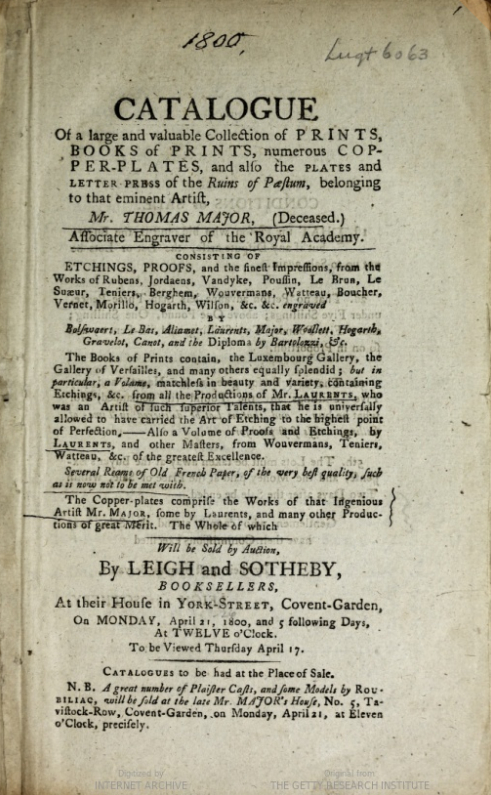 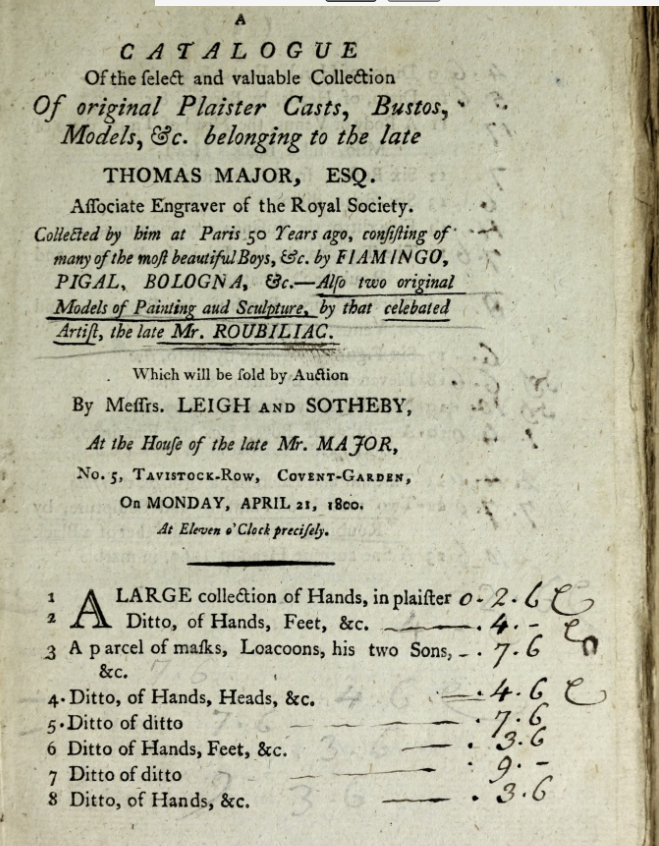 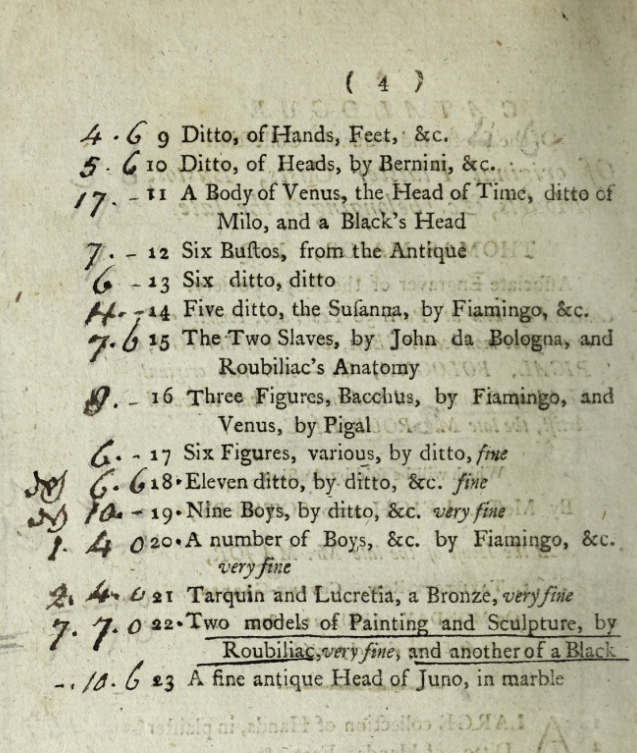 Is lot 21 a Bronze version of Roubiliac's lost sculpture of Tarquin and Lucretia?
London Daily Post, 18th May, 1738 - John Lockman records visiting Roubiliac and seeing a model of the Rape of Lucretia and other models.

Lot 70, on the fourth day (15 May 1762) of Roubiliac’s posthumous sale was a model (untraced) of  "A gentleman surprizing a lady on a couch". It was listed in the catalogue under the heading ‘DESIGNS for Monuments, &c. in Terra Cotta, &c.’

There is unfortunately no auctioneer’s record of the purchaser of this lot.

David Wilson does not appear to have been aware of the Thomas Major Sale and the bronze group of Tarquin and Lucretia in 1800.

This bronze must still exist -

The article mentions a reference to Robert Dossie's Memoirs of Agriculture and other Oeconomical Arts, Vol II of 1782, a drawing of Roubiliac's by Philip Wickstead a pupil of Zoffany, which won a third share of a premium at the 1765 from the Royal Society of Arts - for a drawing of human figures from models & by draughtsmen under the age of twenty for his drawing of Tarquin and Lucret. aft. Roubil.

It seems from a note in the minutes of the Socity that this drawing was made in the studio of Zoffany and David Wilson speculates that Zoffany bought it at the Roubiliac sale.

The catalogue for a sale by Christies on 29 March 1805 'of ... Vases, Marbles, etc collected by a Man of Fashion during a recent visit to Rome and Naples', also included 'original models in Terra Cotta, by the celebrated Roubiliac, &c, &c.'

Lot 118 was described as An original model of the bust of Handel, by Roubiliac, in terra cotta', and it was sold for three Guineas (this bust is probably the Grimsthorpe Castle terracotta bust of Handel).

The preceding lot, 117, was described as 'Tarquin and Lucretia, a singularly fine model in terra cotta, by the celebrated Roubiliac, undoubtedly, with a glass shade'.

Lot 119 was described as an original model of the bust of Alexander Pope by Roubiliac.

All were consigned by someone named 'Belcher', this is possibly a misspelling of Belchier, the consignor therefore possibly being a relative of the deceased Dr John Belchier (d. 1785), who moved in artistic circles, apparently having an acquaintance with both Pope and Handel, and whose own bust Roubiliac had modelled (model or cast, which is now with the Royal College of Surgeons).

The annotations to the right of the lot descriptions, where the auctioneer has recorded the result of the auction, are incomplete, and do not disclose the name of the purchaser of the bust of Handel, but they disclose that lot 119 (the terracotta bust of Pope) was acquired by one 'Rogers' for five Guineas. (David Wilson). 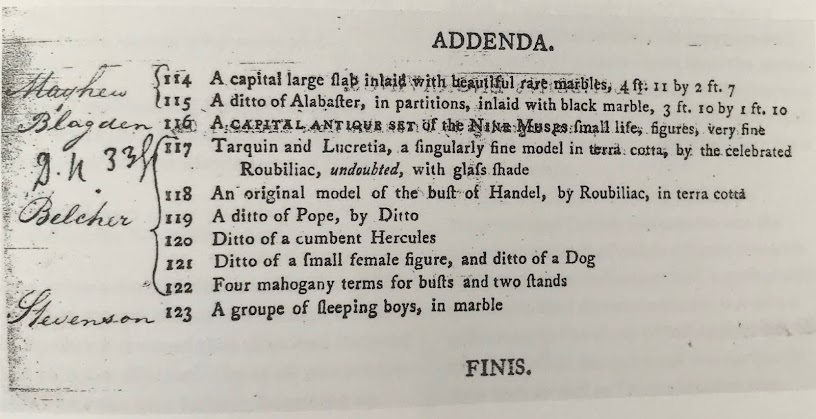 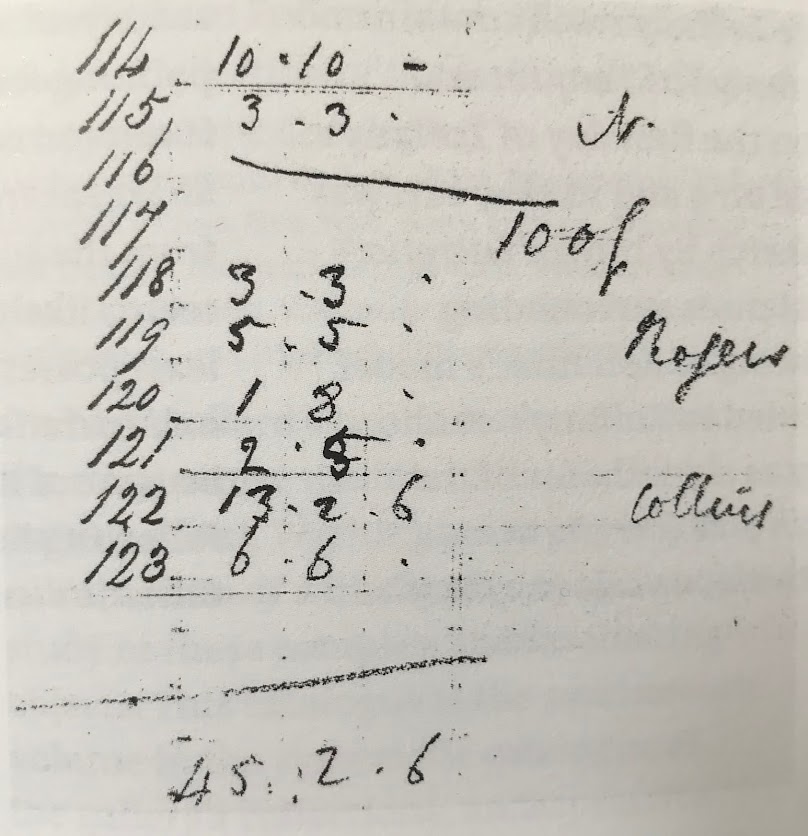 In 1760 Roubiliac Exhibited at The Royal Academy two figures of Painting and Sculpture on a pediment along with an unspecified Marble Busto and a model of Shakespeare.

These figures were designs for Thomas Hudson's Parlour Chimneypiece and the Shakespeare for Garrick Thames side Villa. 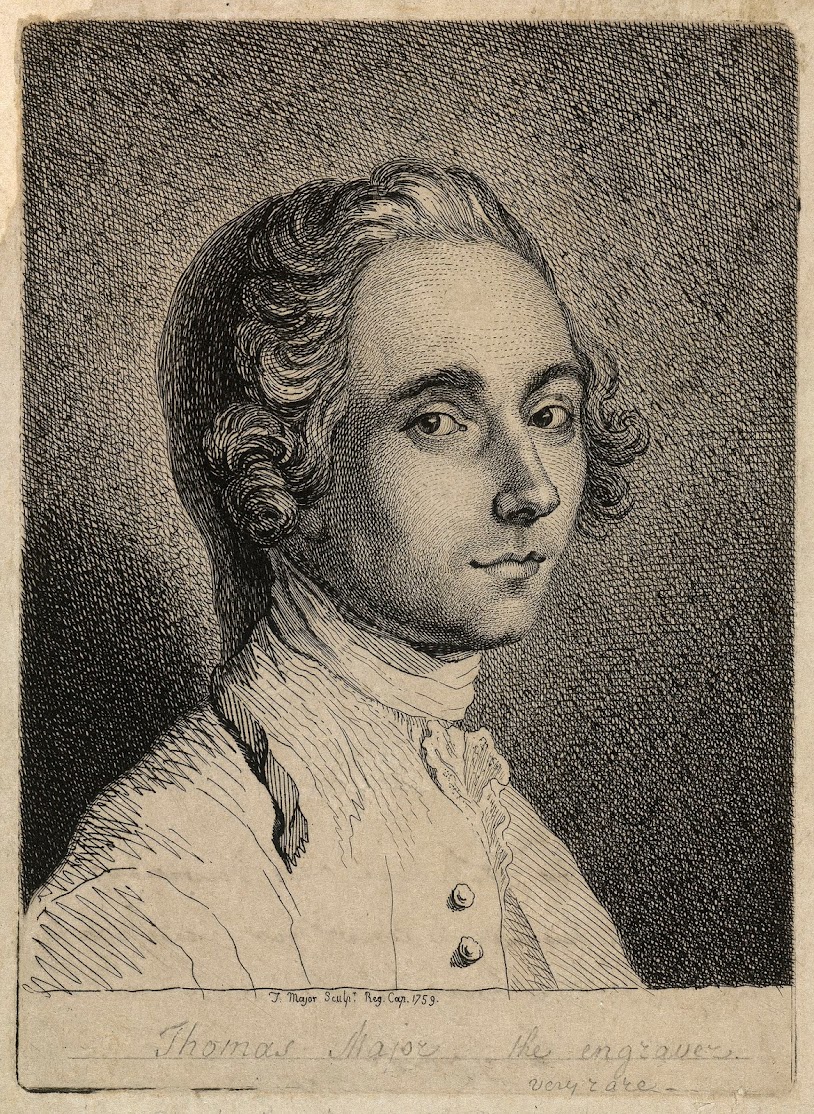 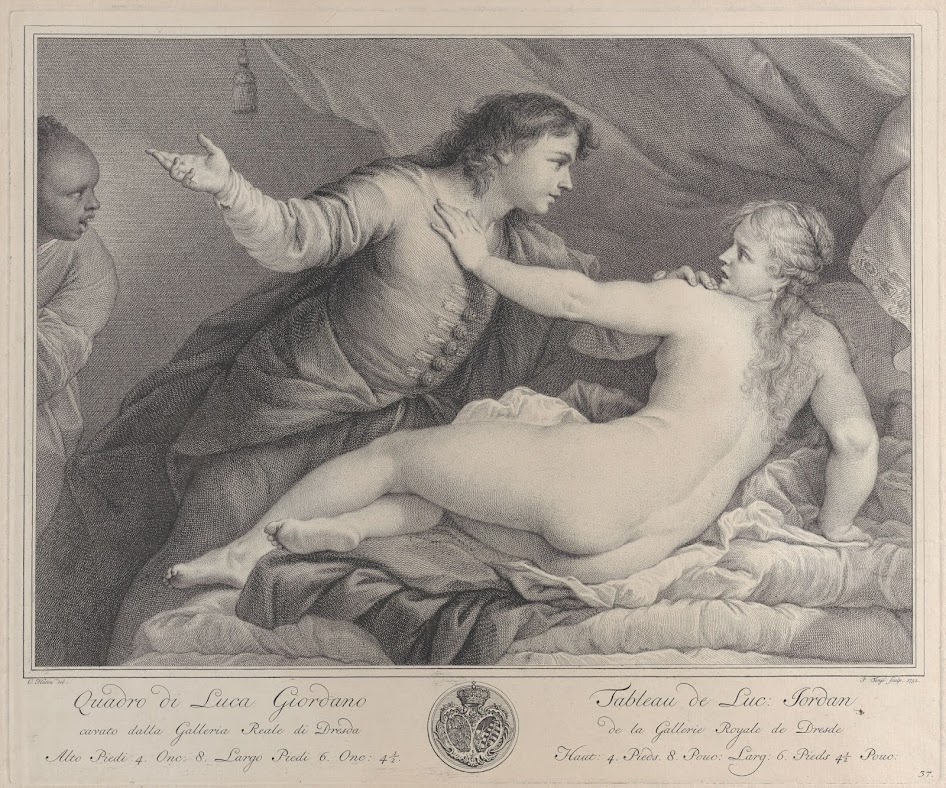 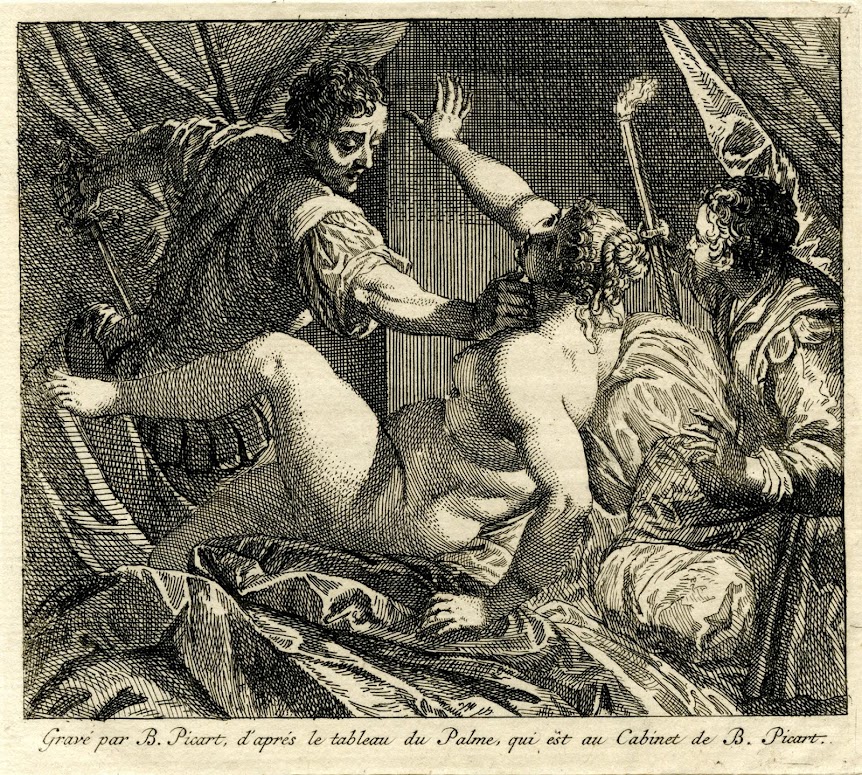