John Vanderstein at Queen's College,Oxford - Part 12, The Upper Library Doorcase - with some notes concerning the Orrery by Benjamin Cole

with the Arms of Queens College.
by John Vanderstein.

Included here are a few notes on the decoration of the library and the Benjamin Cole Orrery.

See my previous and following blog entries for the other seven statues in this series. I am very much indebted to Dr Graeme Salmon, Curator of Pictures at Queen's College, Oxford for making me welcome at Queen's and for making this work possible.


This blog entry is part of a much larger work investigating and recording the 17th and 18th Century portrait sculpture at Oxford. This project was suggested to me by Dana Josephson of the Bodleian Library, Oxford, who is currently in the process of cataloguing the portraits at the Bodleian and to whom I extend my heart felt thanks.

There is documentary evidence in the Account Books where an entry on 4 April 1694 states: ‘Received then of Wm Rooke Bursar five pound for frett worke in ye new Library 5.0.0. Joannes Vander Stein’.

The next entry, which claims on 6 April ‘Received then in full of Wm Rooke for worke done by me to this day two pounds and one shilling’ signed again by Vander Stein.

For an excellent overview of the history of Queens College see - The Queens College, by John Richard Magrath, 1921. For the Library see pages 257 - 80. 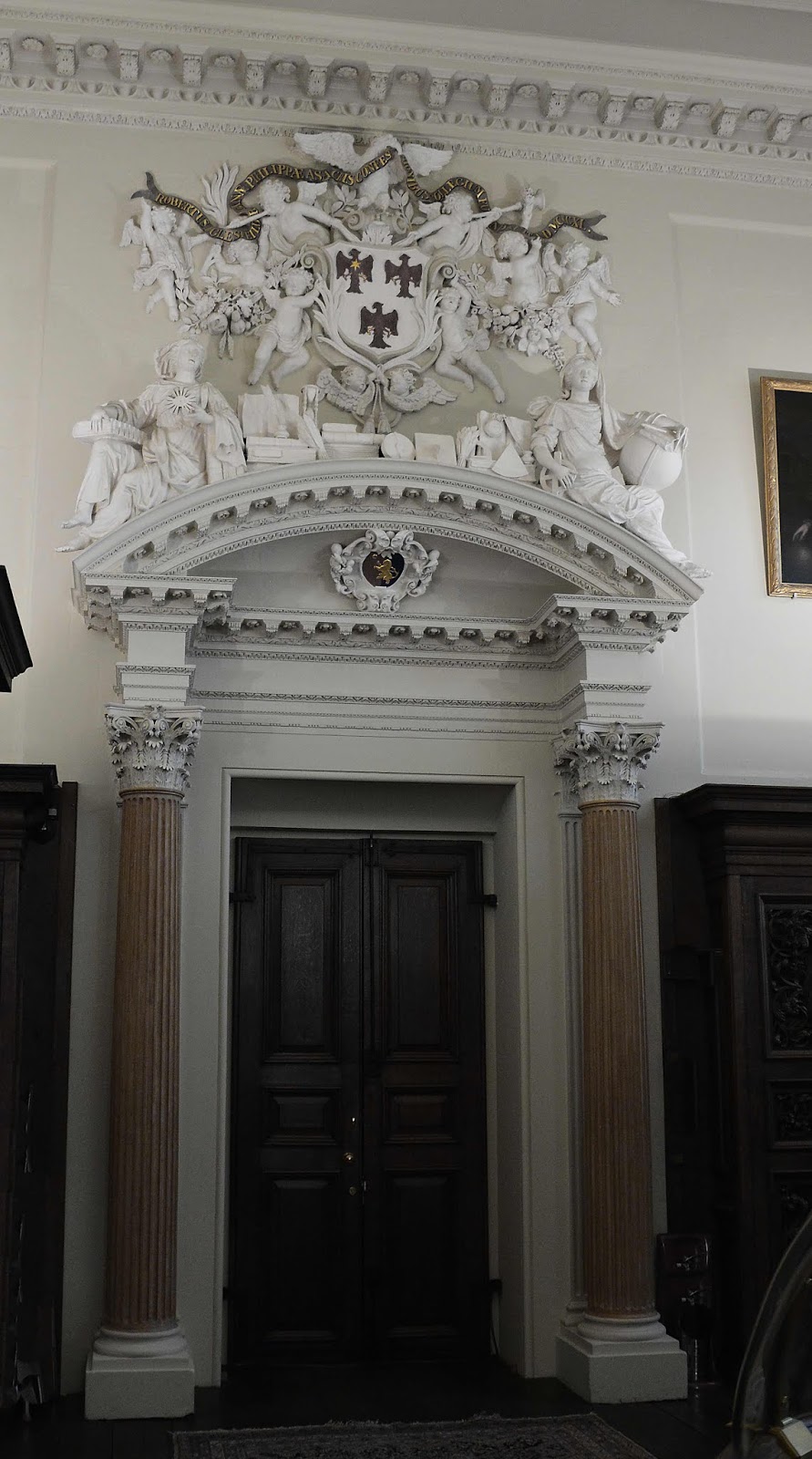 Group of figures of the Arts and Science, the College’s Coat of Arms and Provost Halton’s coat of arms in the pediment, attributed to Joannes Vanderstein. 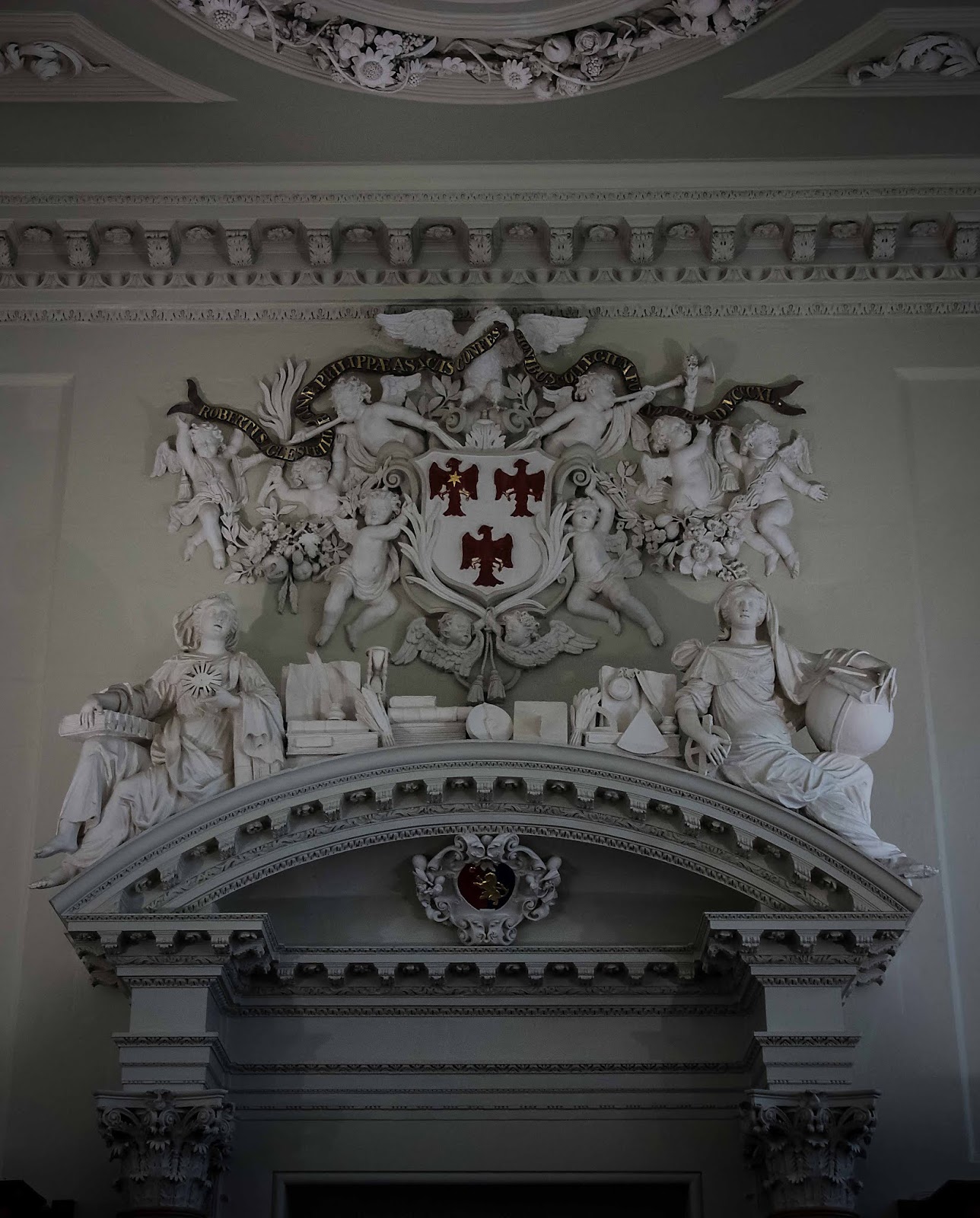 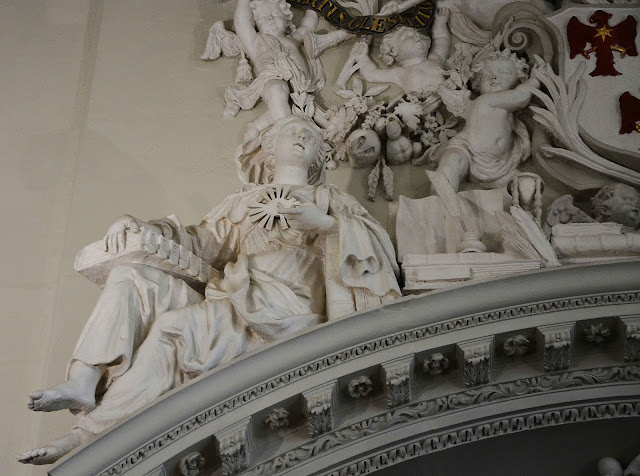 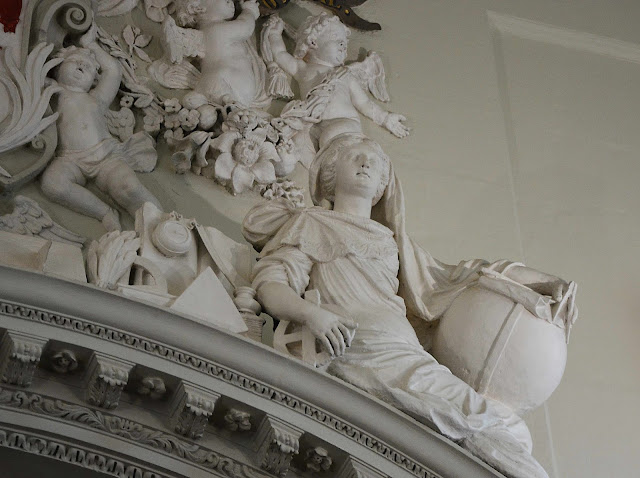 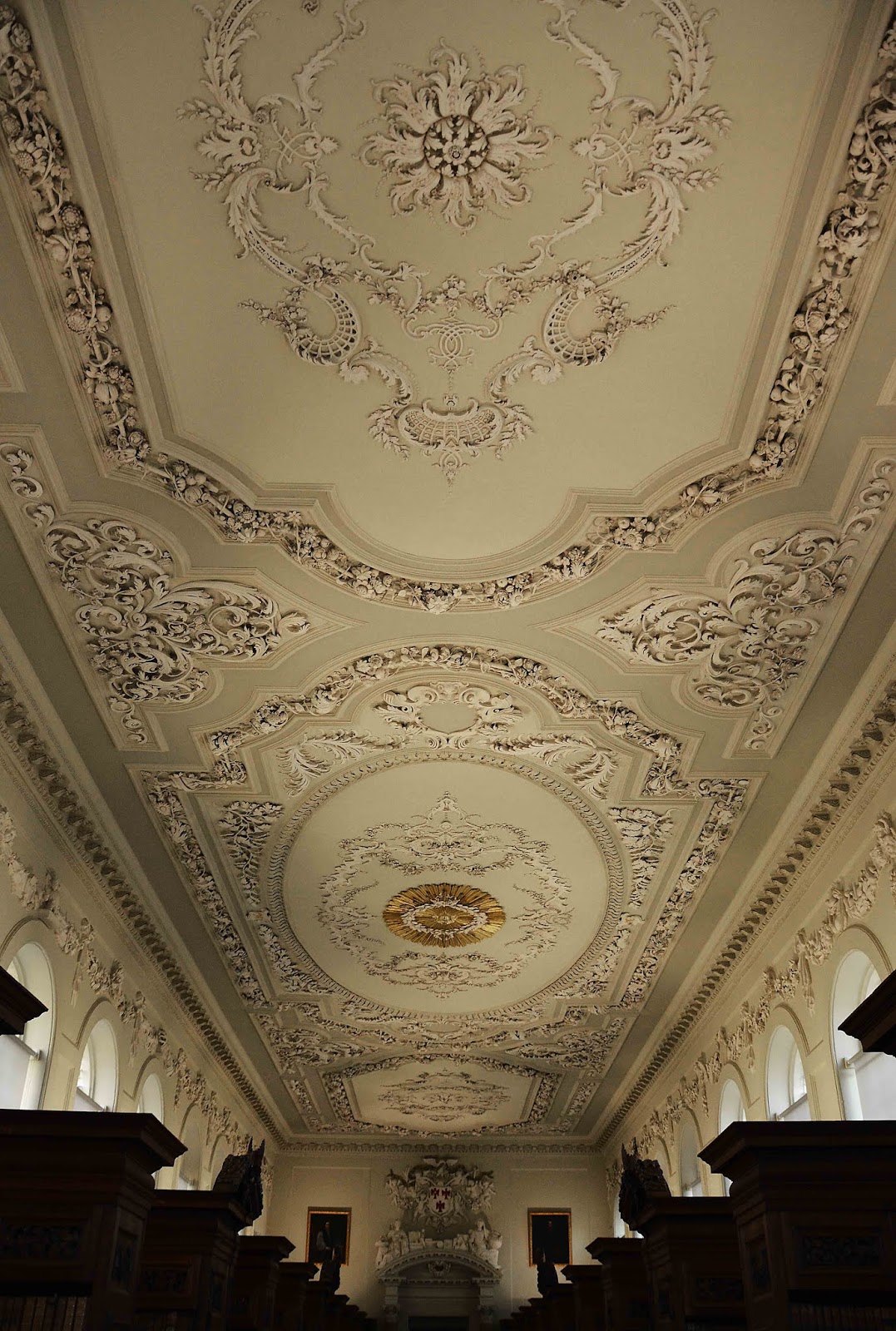 The inner plaster panels put up by Tomas Roberts in 1756.

The entry in the College Register for 12 June 1756 records that ‘it was agreed at a meeting of the
Provost and Fellows, that ‘1st That Thos Roberts shall be employed to clean and beautify the
Stucco Work, Festoons and Sculptures in the Library; to new-coat the Ceiling, to add new Ornaments in the Oval Space in the Middle, and the Compartments at the Ends’

Photographs above by taken the author.

For the plaster ceiling see - 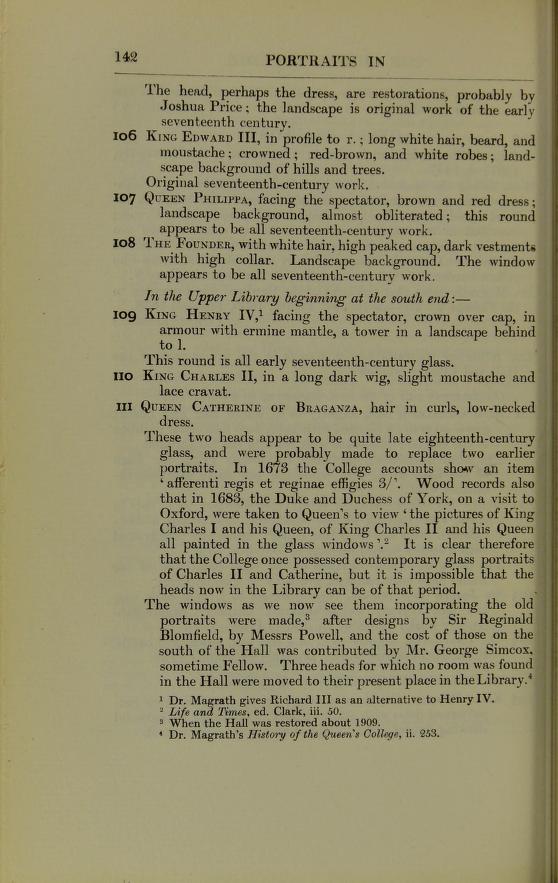 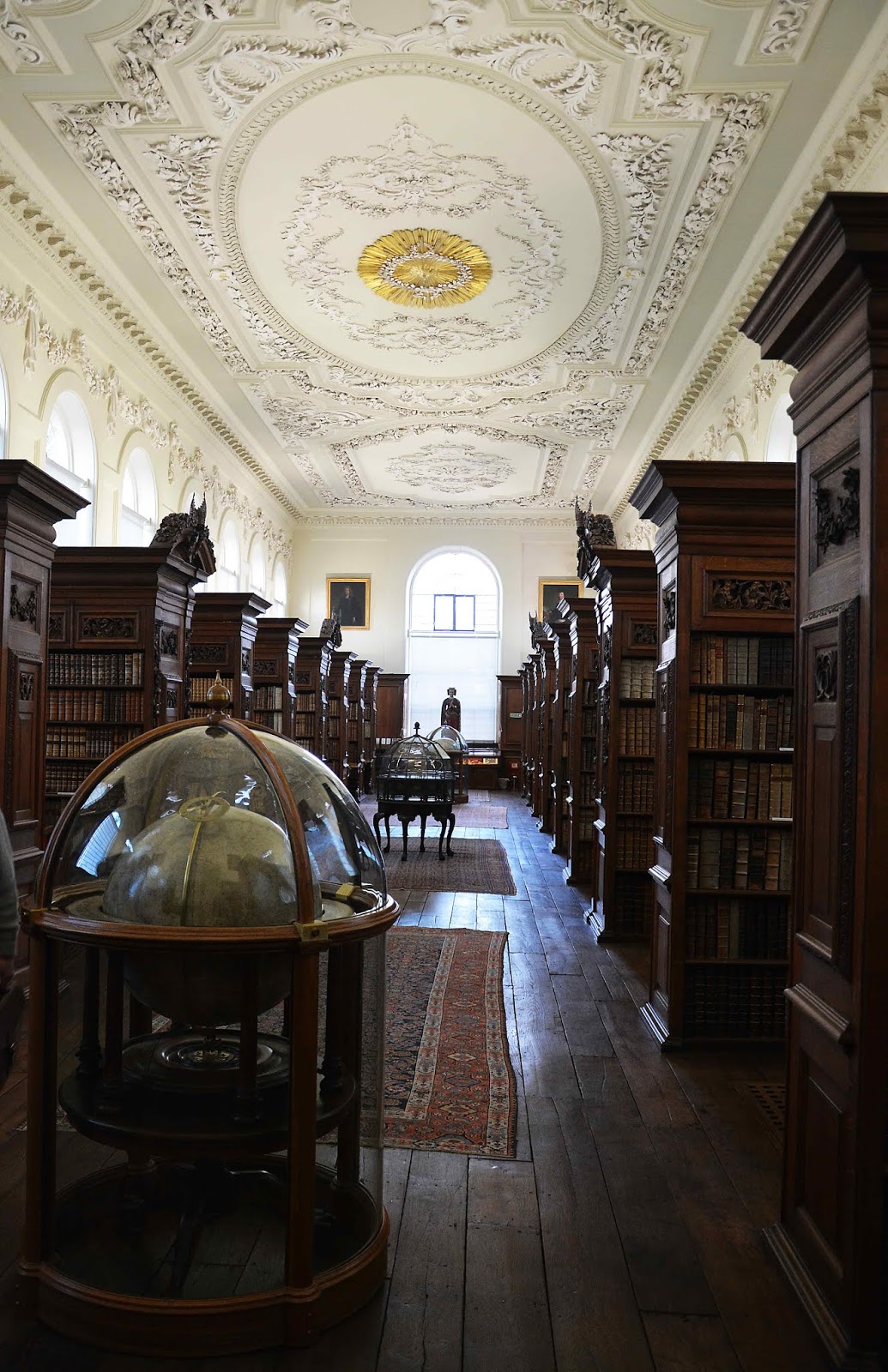 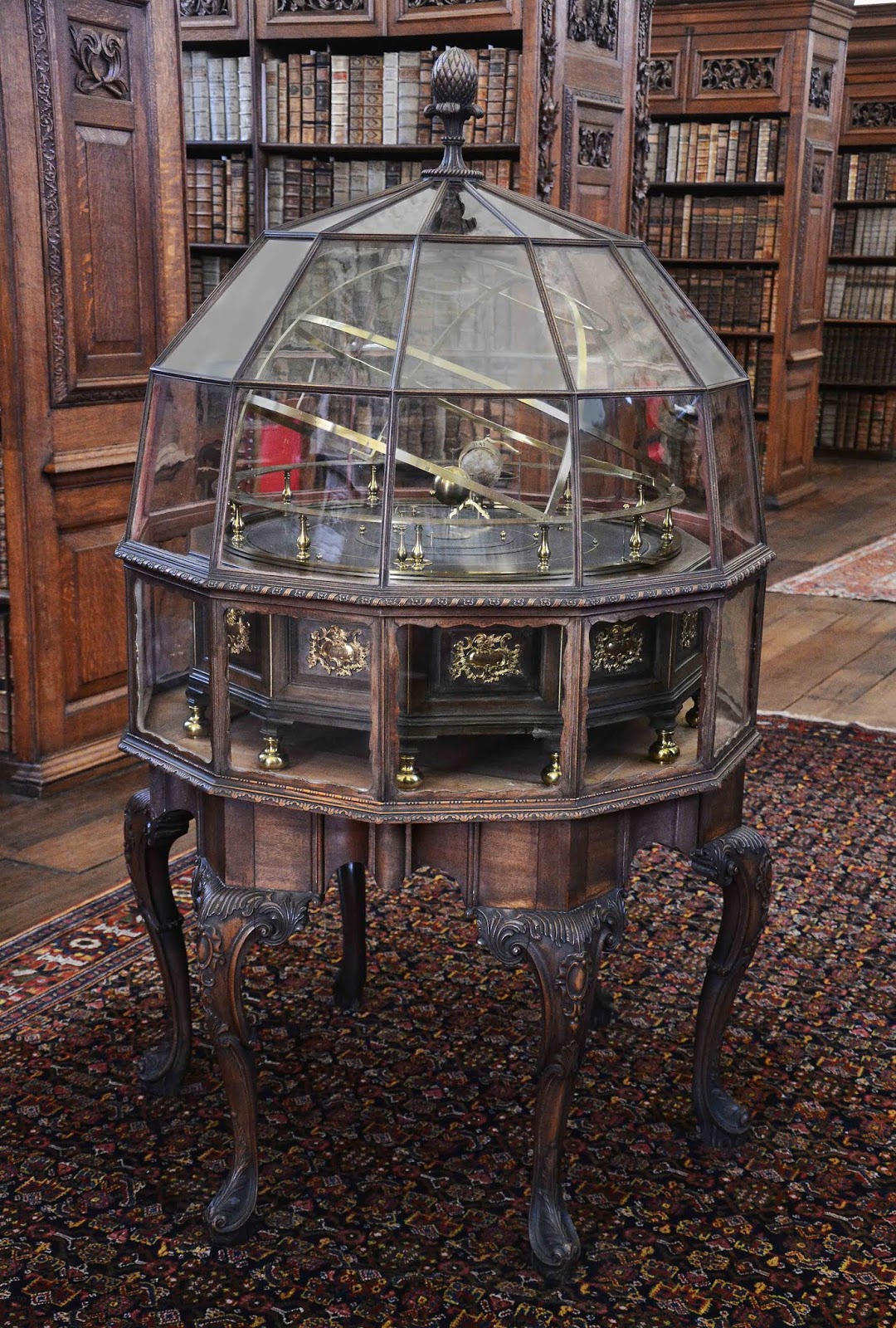 The orrery in the Upper Library was given to the Queen’s College by a Group of Gentleman Commoners of the College in the late 18th century. Edwyn Francis Stanhope, William Guyse, Edmund Thomas, George Mowbray, Oldfield Bowles and Richard Symonds

An entry in the Benefactors’ Book and an inscription within the lunar calendar scale records their names and gift.

This type of instrument was christened an Orrery by John Rowley, who built one for his patron Charles Boyle, the fourth Earl of Orrery, (1676 - 1731) in about 1712. 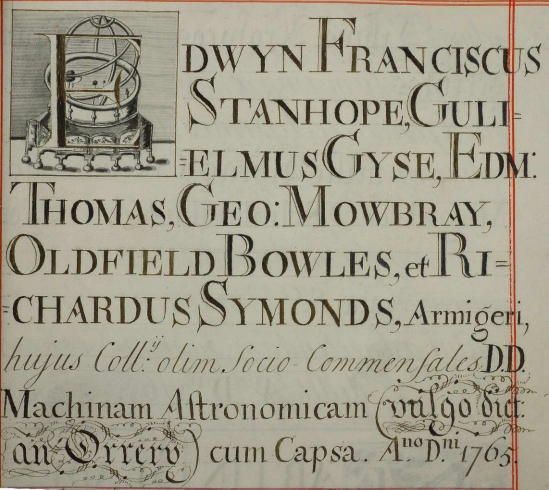 Entry concerning the orrery in the Queen's College Benefactors’ Book.

For another fine example at Dumfries House see - 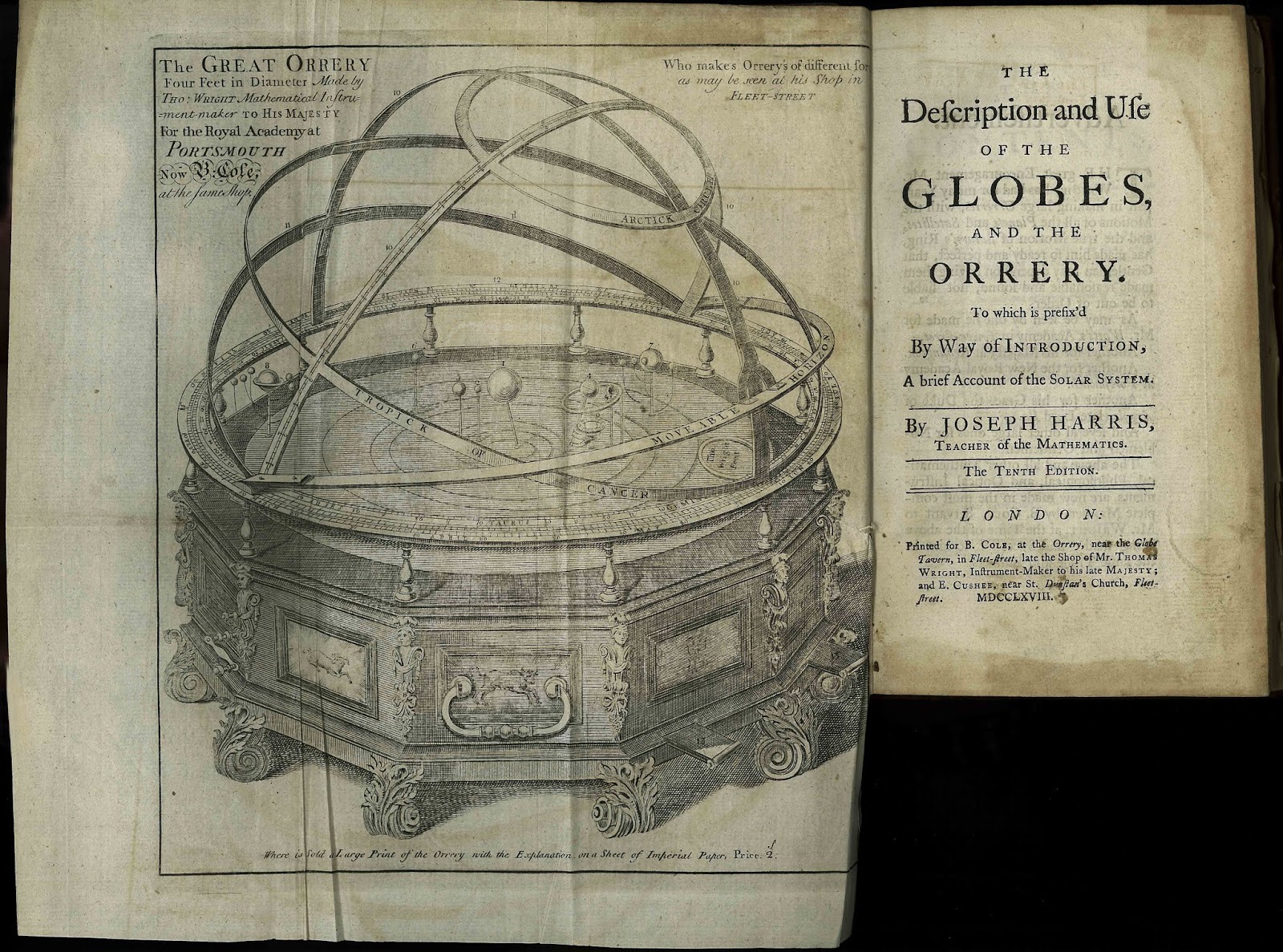 The Description and the Use of the Globes and Orrery.
Joseph Harris
1768.

Joseph Harris’s Description and Use is described as a ‘puff’ piece that was written for orrery, globe, and instrument manufacturer, Thomas Wright in the mid-18th century.

Fundamentally, the book is an instruction manual on how to use your orrery or globe.

Fortuitously you can buy one – as depicted in the frontispiece – from Wright’s apprentice and successor, Benjamin Cole (1695-1766). At the rear of the book is a list of items available for purchase at Cole’s ‘Orrery, near the Globe Tavern, in Fleet-street’. 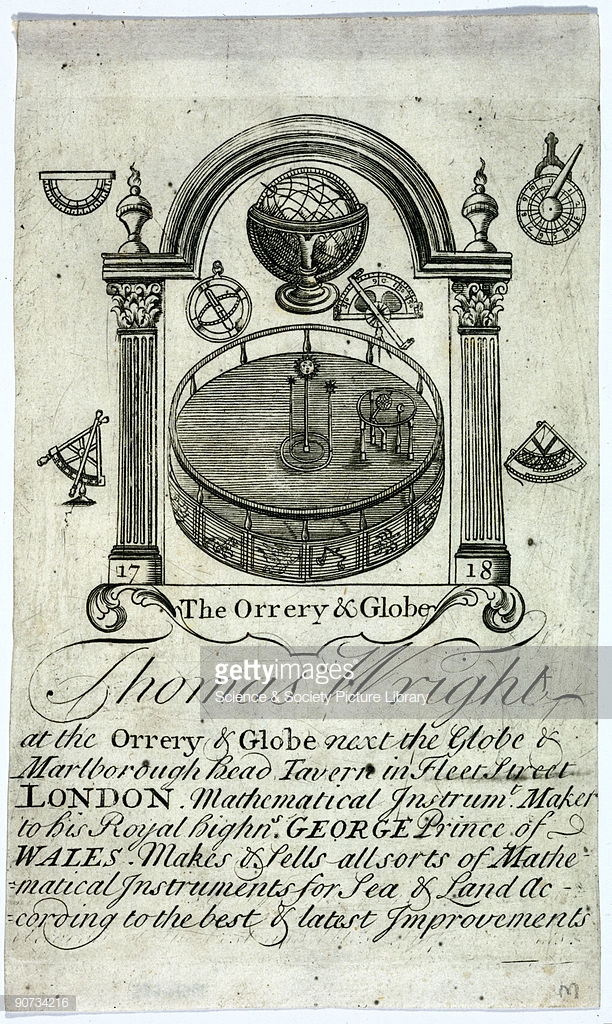 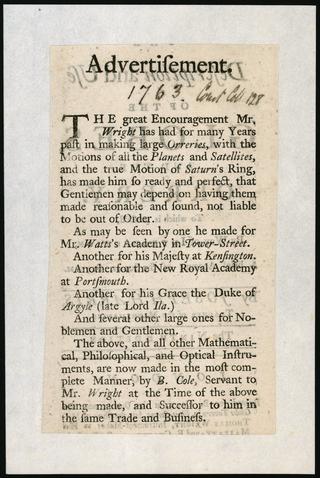 Advertisement for orreries cut from the 9th edition of Joseph Harris's The Description and Use of the Globes and the Orrery. Names four of Mr Wright's customers. 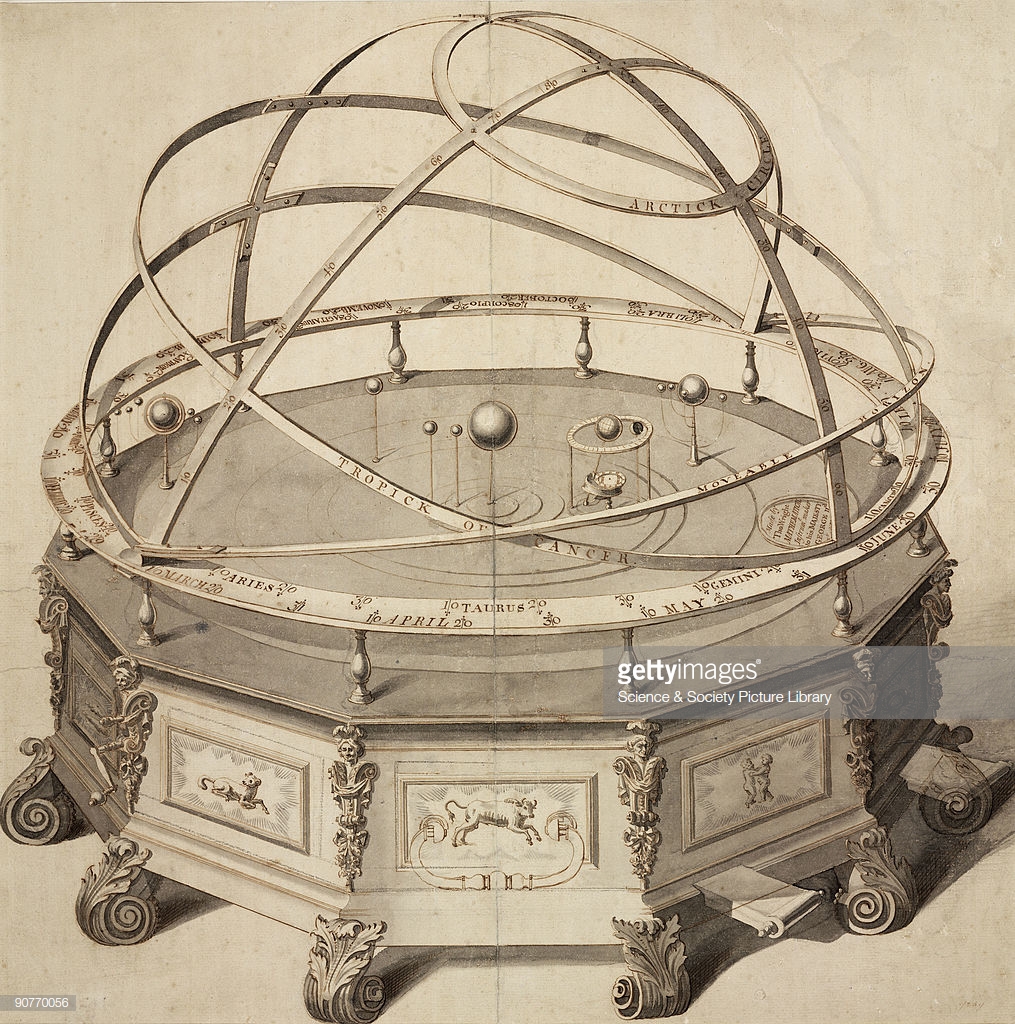 A planetary model made by Thomas Wright of Fleet Street, London.

Thomas Wright made such extensive modifications in 1733 that this model has since been referred to as Wright's Grand Orrery.

Benjamin Cole Freemason and Engraver as well as instrument maker made a wide range of instruments. He was apprenticed to Thomas Wright and was free in the Merchant Taylors' Company. The firm of Wright & Cole operated until 1748 when Cole succeeded Wright. Cole & Son conducted their business between 1751 and 1766 from the Orrery adjoining the Globe Tavern, in Fleet Street, London. This address became 136 Fleet Street about 1760 and 200 Fleet Street in later years. The business was taken over by John Troughton in 1782, surviving as Cooke, Troughton & Sims in the twentieth century. 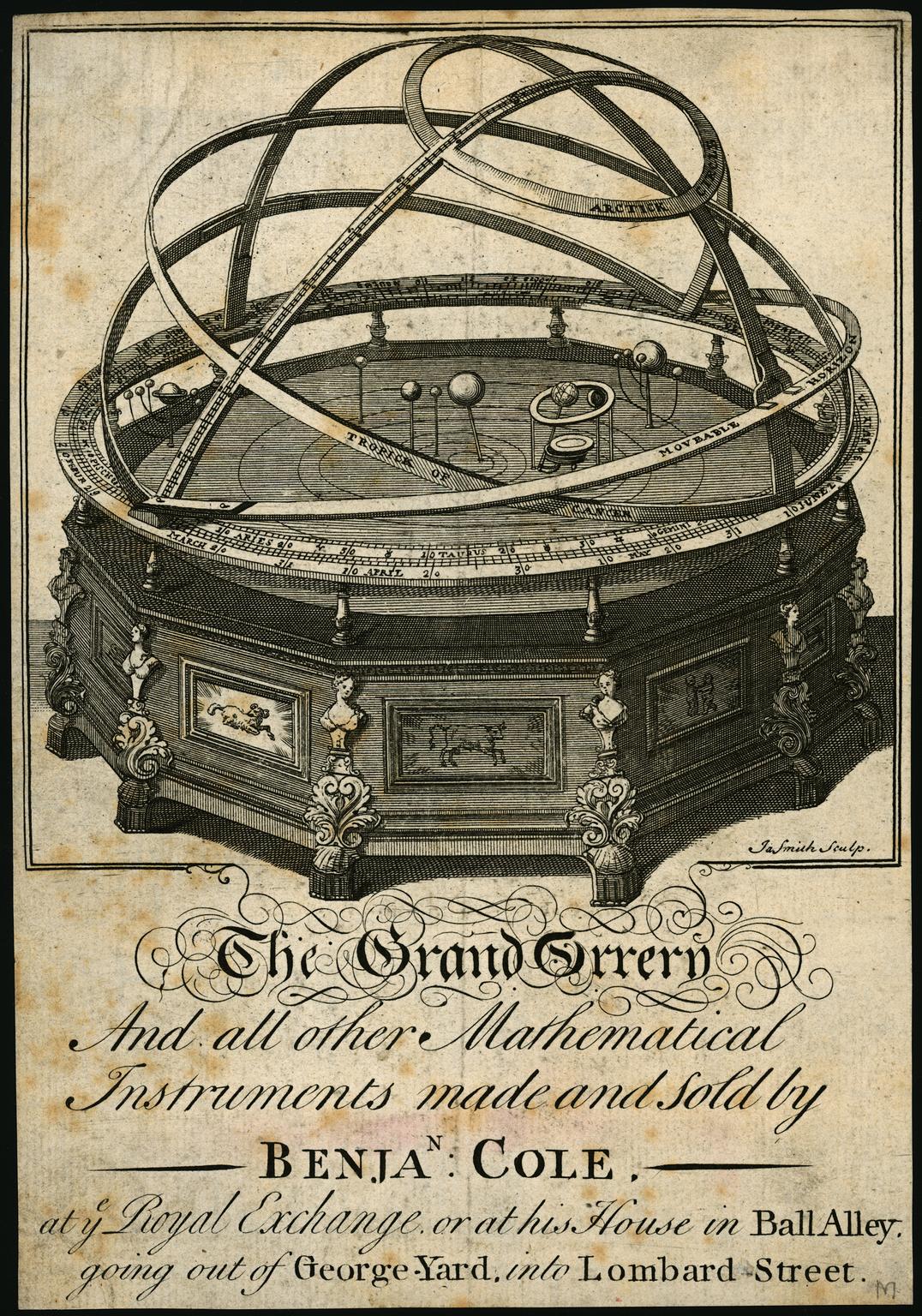 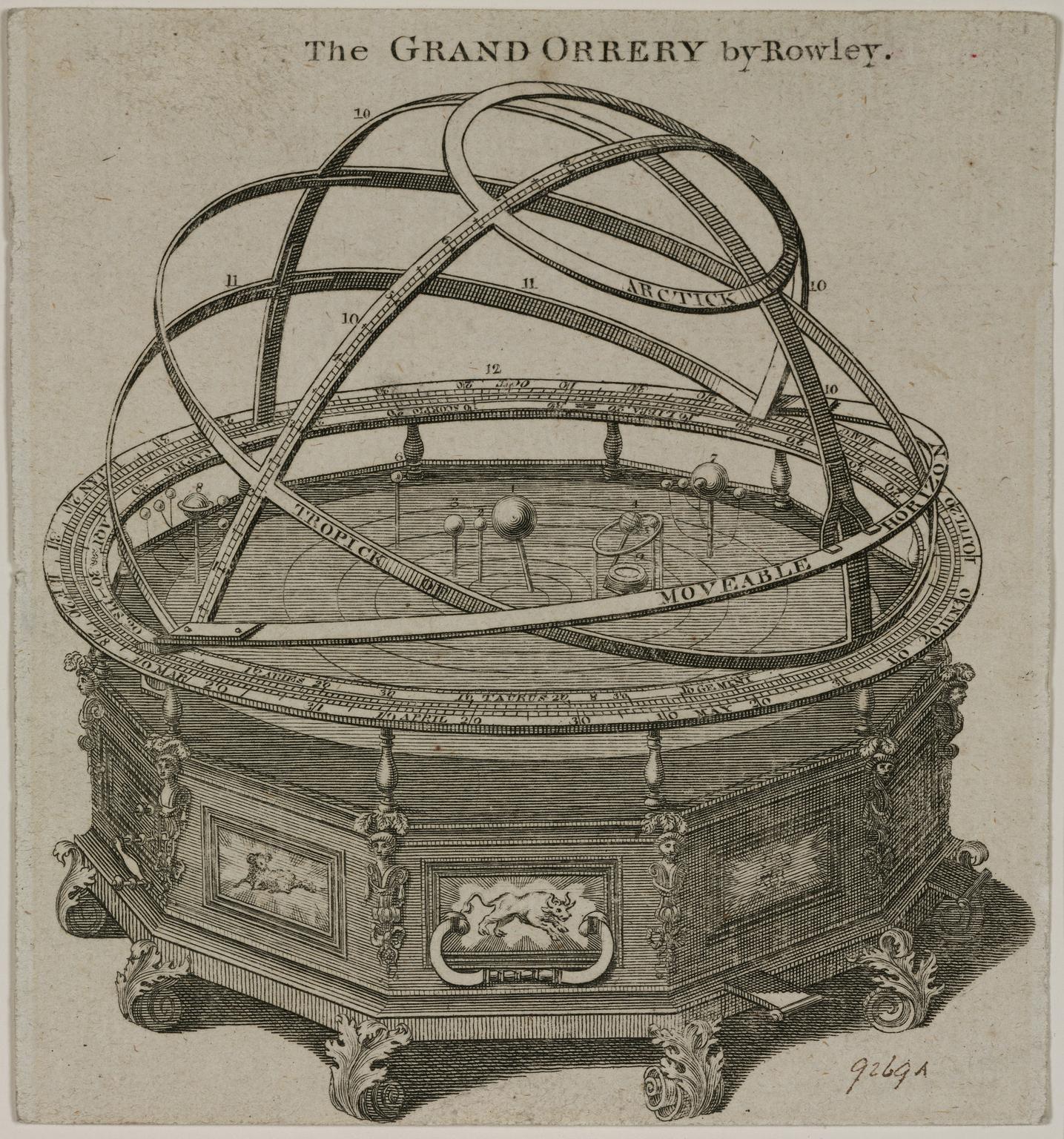 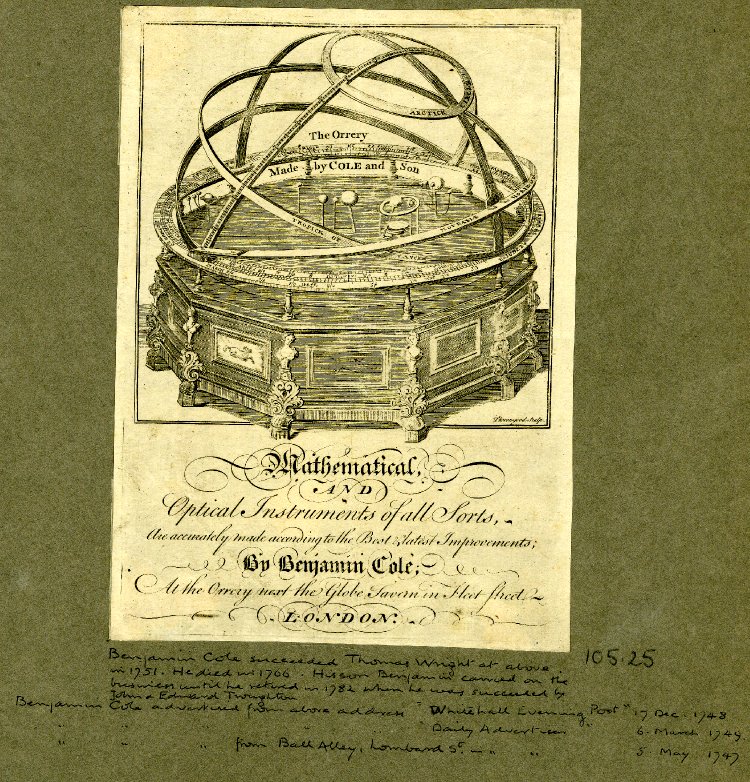 Trade cards in Heal Collection. Heal,105.26 advertises "The Great Orrery Four Feet in Diameter Made by Tho: Wright Mathematical Instrument-maker to His Majesty For the Royal Academy at Portsmouth Now B. Cole at the Same Shop. Who makes Orrery's [sic] of different sorts as may be seen at his Shop in Fleet-Street. Where is sold a Lrge Print of the Orrery with the Explanation on a Sheet of Imperial Paper.."

A price-list in A.H. collection published by 'Benjamin Cole at his shop, the sign of the Orrery, No. 136 in Fleet Street'. See billhead in A.H. collection of Benjamin Cole & Son at the Orrery, next the Globe Tavern in Fleet Street dated 1753. Benjamin Cole junior succeeded to his father's business in 1766 & carried it on until his retirement in 1782 when he was succeeded by John & Edward Troughton." Heal,105.25 advertises "The Orrery Made by Cole and Son. Mathematical and Optical Instruments of all Sorts, Are accurately made according to the Best & latest Improvements; By Benjamin Cole; At the Orrery..."

Heal's annotations on mount as above except: "Benjamin Cole advertised from above address 'Whitehall Evening Post' 17 Dec. 1748. Benjamin Cole advertised from above address 'Daily Advertiser' 6 March 1749. Benjamin Cole advertised from Ball Alley, Lombard St in 'Daily Advertiser' 5 May 1747." Heal,105.24 advertises "A Catalogue of Mathematical, Philosophical, and Optical Instruments, Made and Sold by Benjamin Cole, At his Shop, the sign of the Orrery, No.136, in Fleet-street, London..." Heal's annotations on mount: "This gives 'The Orrery' at No.136 Fleet Street." Heal,105.23 is a bill-head stating: "Bought of Benjamin Cole & Son At the Orrery..." The bill is dated "London Jany. 17, 1753." Heal's annotations on mount similar to above. Heal,105.22 advertises "Cole's New Sea-Quadrant. With such Improvements as effectually takes off the Ship's Motion... N.B. The above Quadrant is made Four different Ways by the inventor B. Cole, Mathematical-Instrument-Maker, at the Orrery, Two Doors above the Globe Tavern, and between Two Picture Shops, in Fleetstreet [sic], London, late the Shop of Mr. Thomas Wright, Instrument-Maker to his Majesty..."

Heal's annotations on mount as above except: "1748. Thomas Wright at the Orrery & Globe near Salisbury Court 1732 - See H.P.'s 'Signs of Fleet St.' R.T. Gunters Early Science in Oxford, Part II, says B. Cole continued the business of Thomas Wright in Fleet Street, London, 1751." 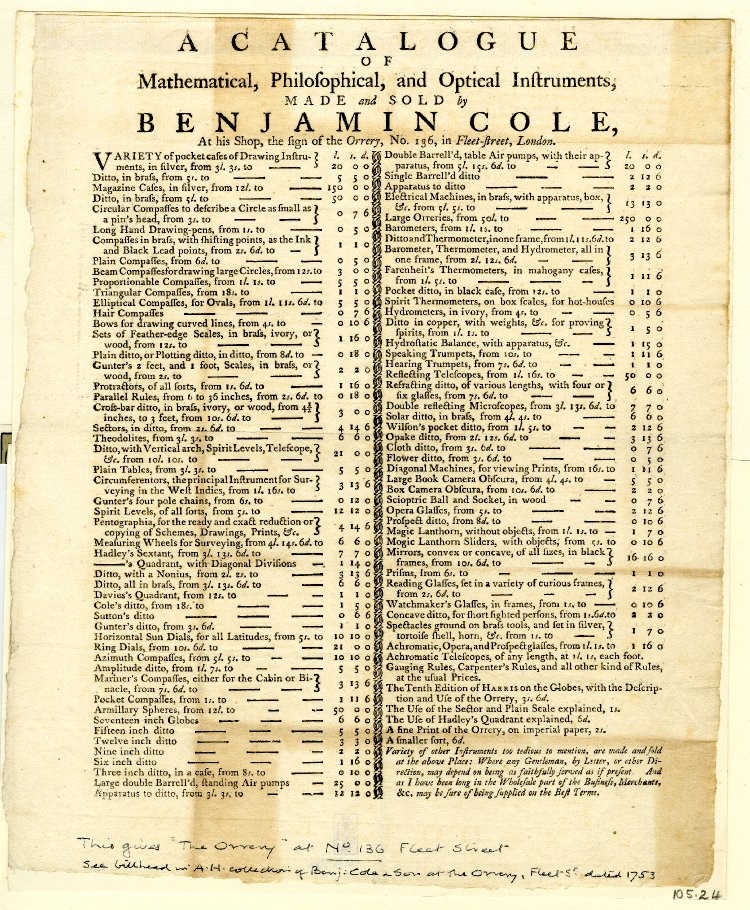 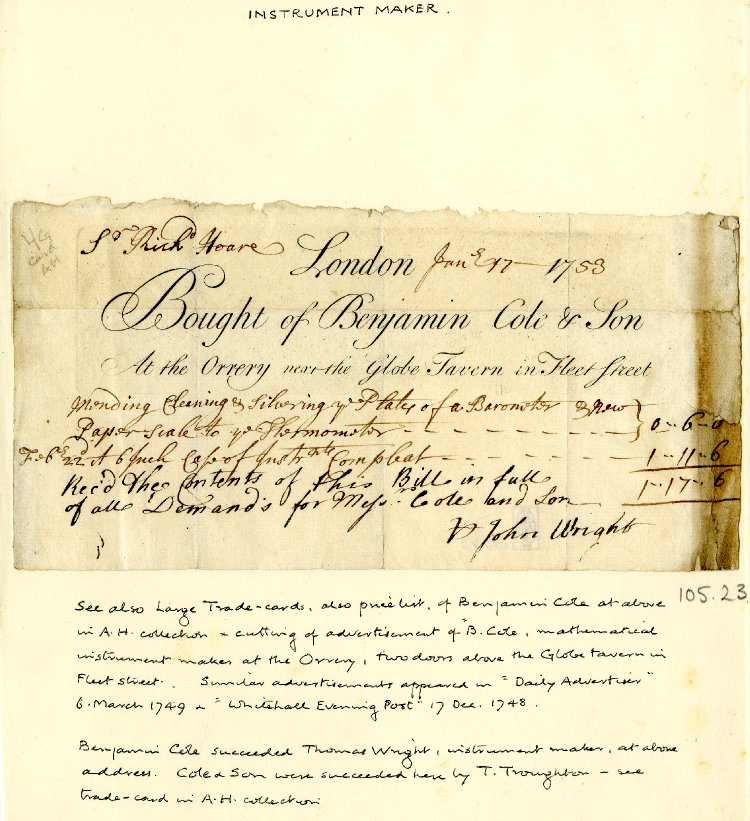 image © The Trustees of the British Museum. 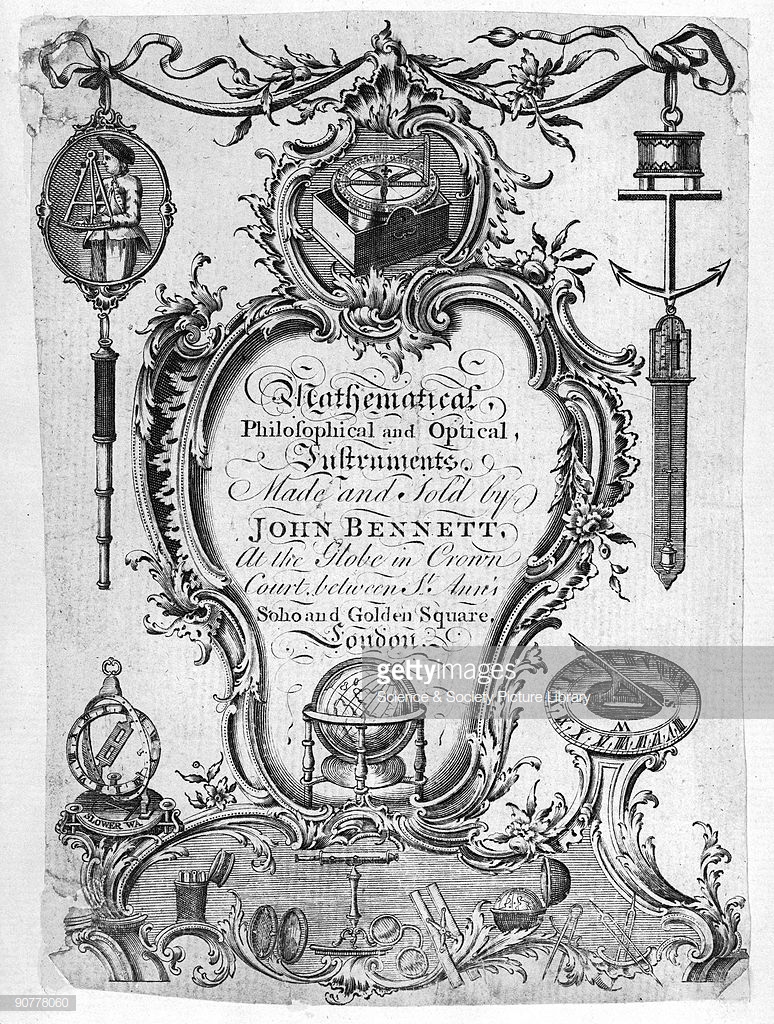 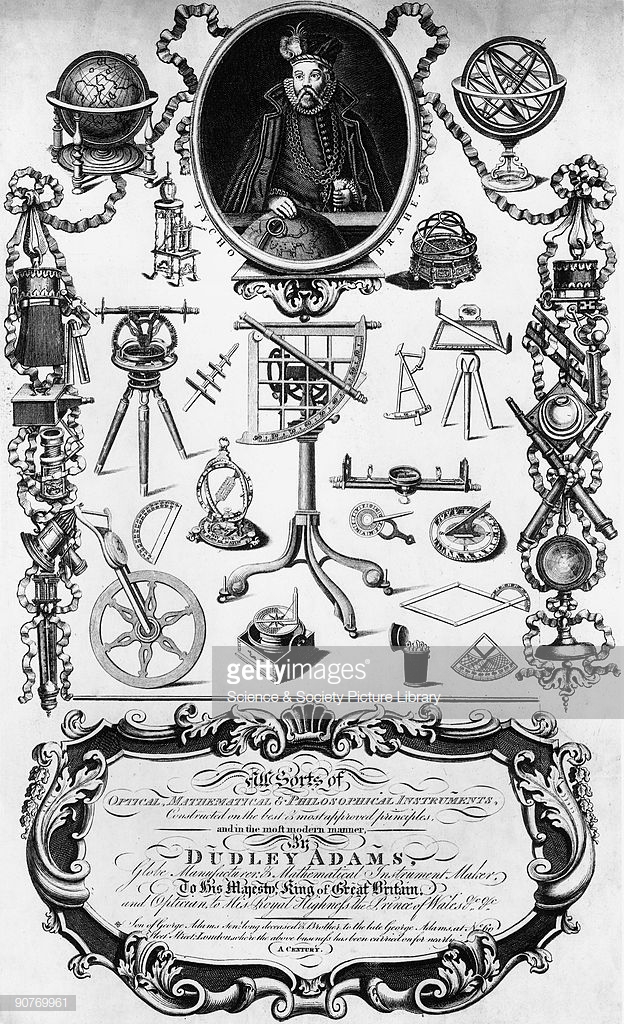 Dudley Adams was the son of the famous instrument maker George Adams (1704-1773) and brother of George Adams the Younger (1750-1795). He took over the family business in Fleet Street and in turn became optical and mathematical instrument maker to George III (1738-1820) as well as his post as optician to the Prince of Wales.

The advertisement depicts compasses, quadrants, orreries or planetariums, telescopes, globes, thermometers and sun dials. The portrait is of the Danish astronomer Tycho Brahe (1546-1601), widely held to be the greatest pre-telescope observer. 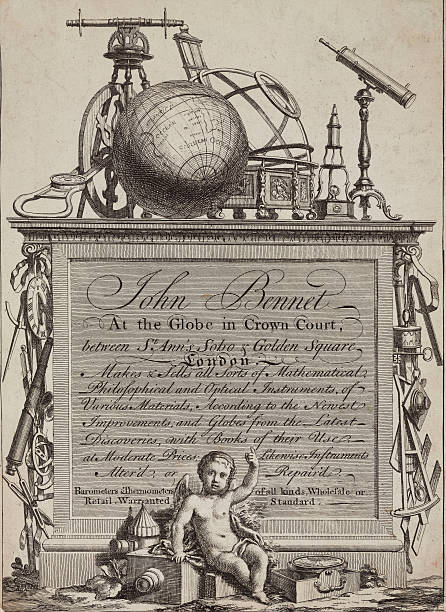 John Bennet (also spelt Bennett) was royal instrument maker to the Dukes of Gloucester and Cumberland. By the 1780s, his business, based at the Globe at Crown Court, between St Ann's Soho and Golden Square, had been taken over by his apprentice James Search.

The card advertises optical and philosophical instruments: those which are represented, include telescopes, spectacles sun dials, quandrants, a globe and an orrery, a demonstration device to show the motions of the Earth and Moon around the Sun, popular during the 17th century

Forerunner to the Orrery
The Trade Card of Nicolas de Fer
1705.

Included here as an early representation of an Orrery
and also as depicting a Library with busts on bookcases. 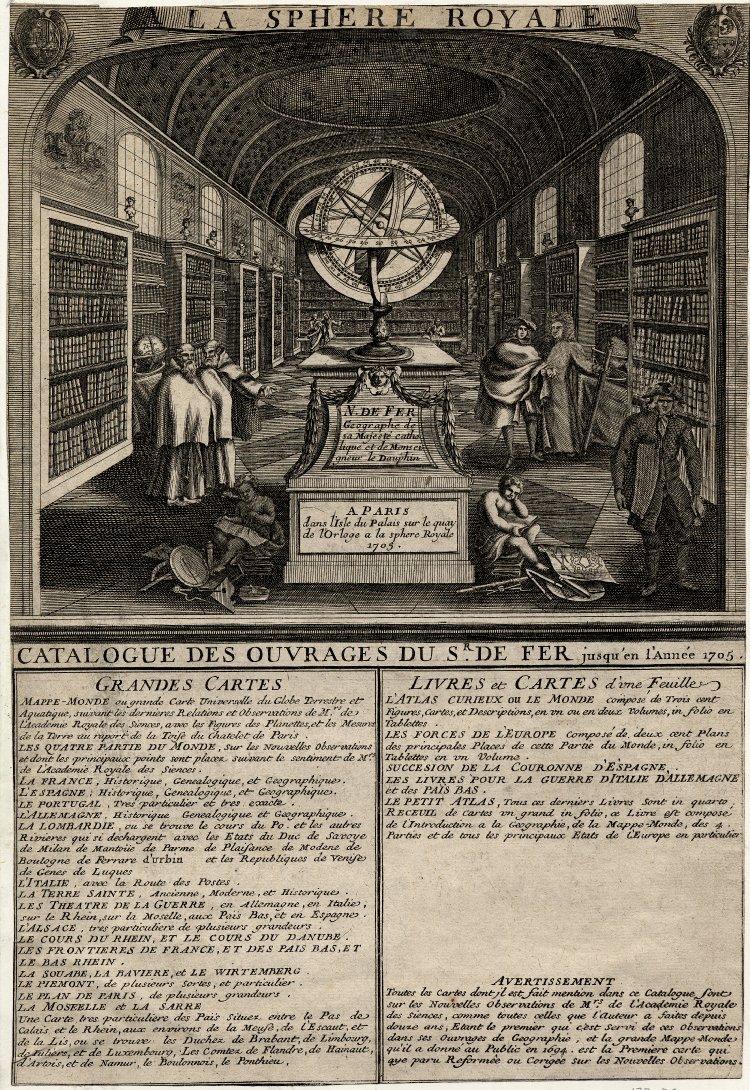 DRAFT Trade card of Nicolas de Fer, geographer; scene inside a library with groups of figures including two monks, a large orrery on a pedestal at the centre with two putti at the side using various geographical instruments, ceiling with a dome illustrating the constellations; lettering below listing large maps and books published up to the year 1705. 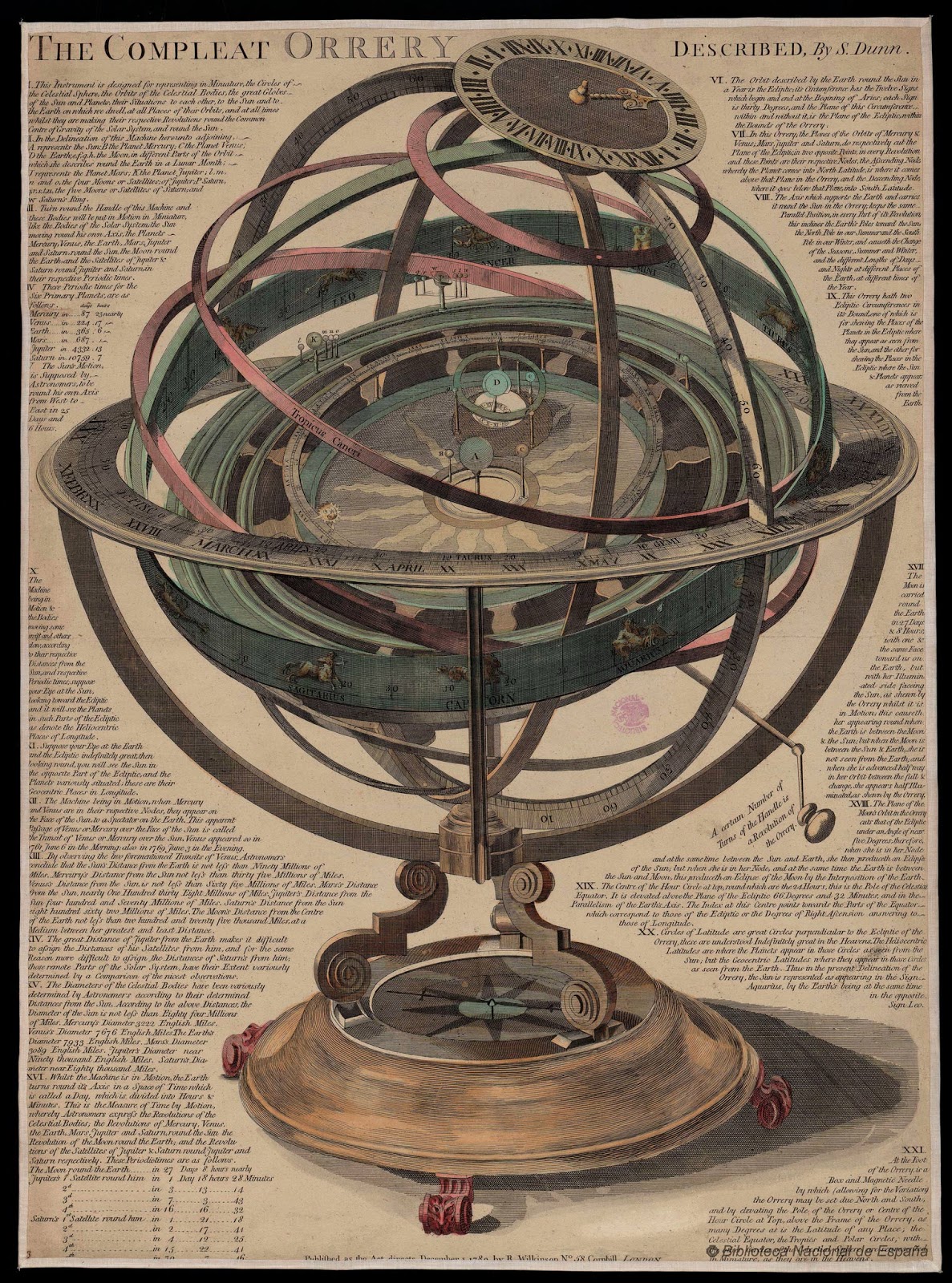 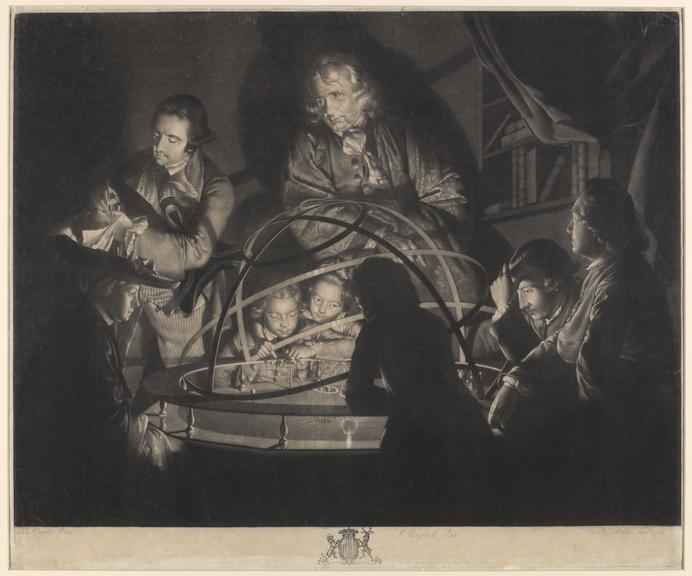 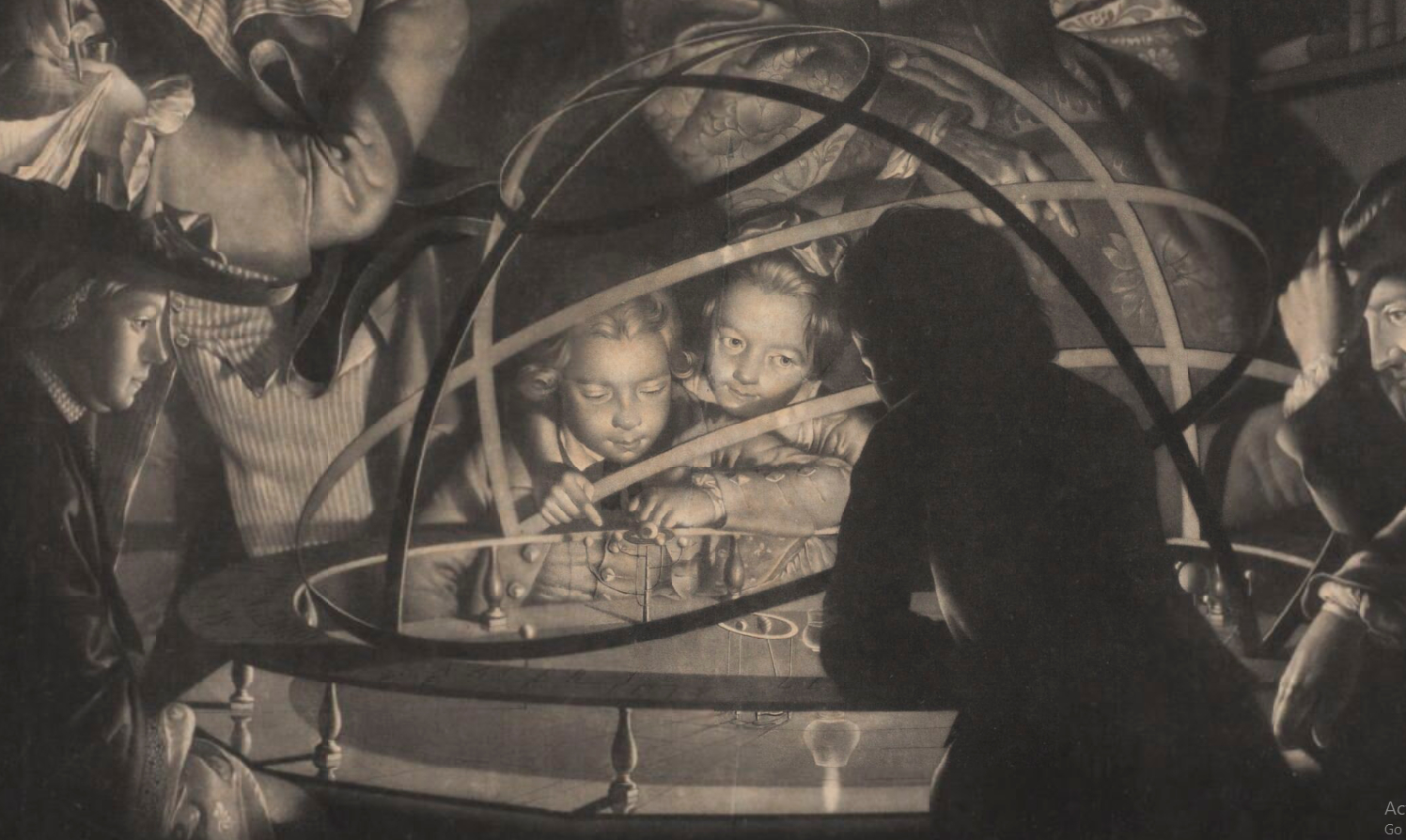 After the oil painting by Joseph Wright of Derby, 1766.

A transparent orrery, the light source within it from a lamp replacing the sun; wonders of the universe demonstrated to a lay audience including a woman and three children, foreground nephew to scientist 5th Earl Ferrers; to L standing taking notes, cartographer Peter Perez Burdett; philosopher / lecturer stylised, variously suggested as Ferguson, Whitehurst or Newtonian ideal.

An anonymous review from the time called Joseph Wright "a very great and uncommon genius in a peculiar way".

The Orrery was painted without a commission, probably in the expectation that it would be bought by Washington Shirley, 5th Earl Ferrers, an amateur astronomer who had an orrery of his own, and with whom Wright's friend Peter Perez Burdett was staying while in Derbyshire.

Figures thought to be portraits of Burdett and Ferrers feature in the painting, Burdett taking notes and Ferrers seated with a youth next to the orrery.

Ferrers purchased the painting for £21 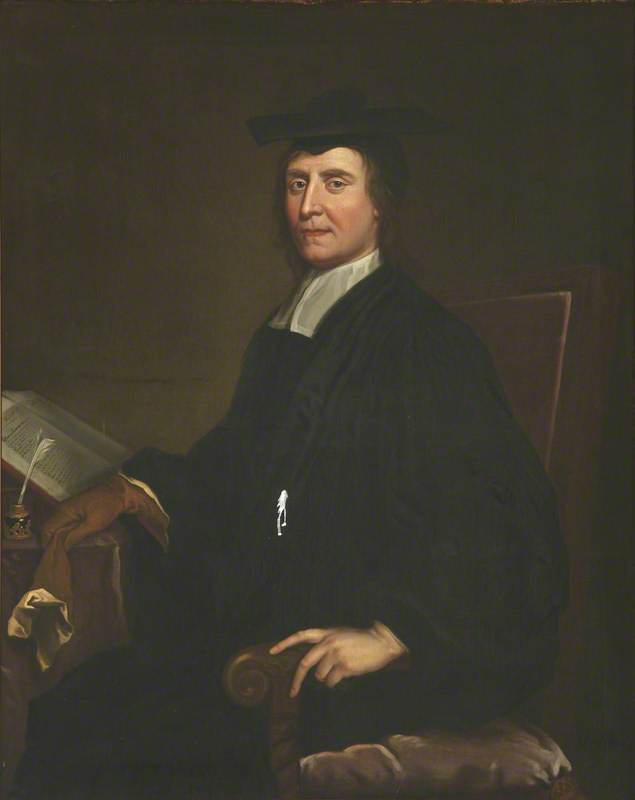 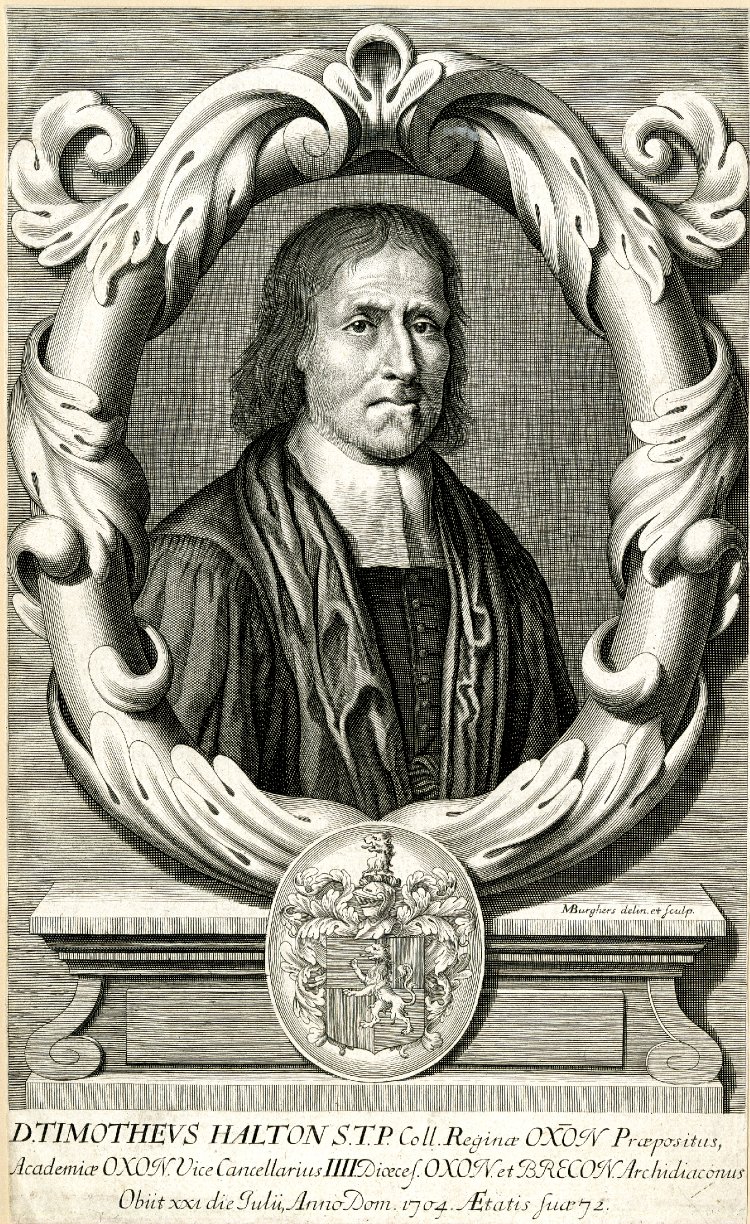 Posted by David Bridgwater at 01:58