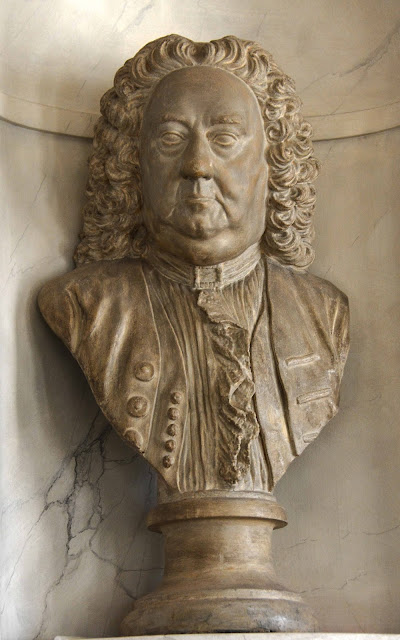 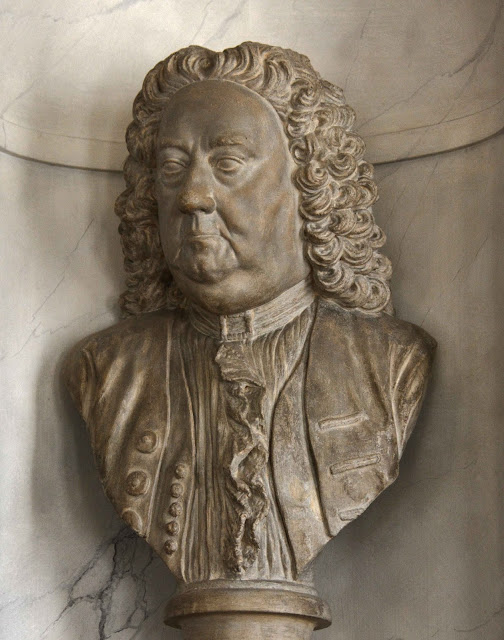 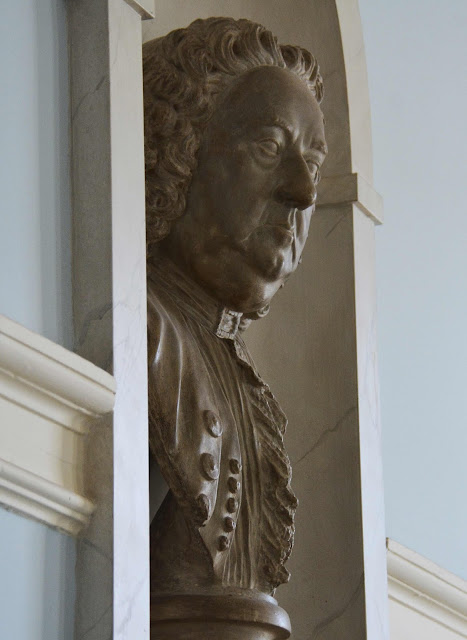 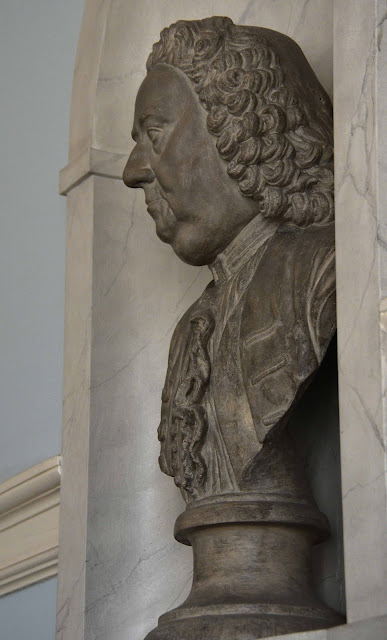 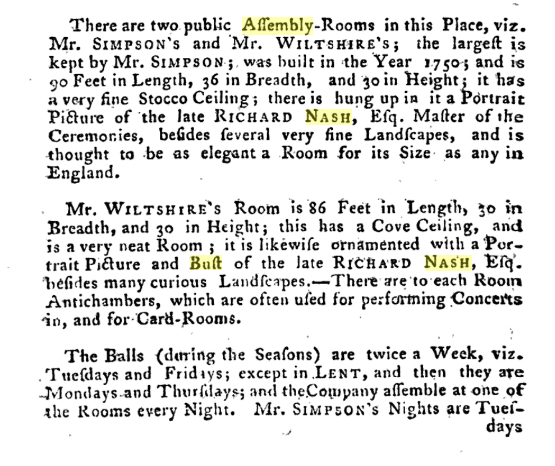 The earliest accepted portrait is the drawing by Worlidge, in the Royal collection, inscribed Thos. Worlidge Fecit 1736 and equated by Oppé with a purchase made by George IV in 1822. [5] Although the sitter exhibits the tendency towards corpulence which became such a marked feature in later life, the drawing is weak and the face somewhat young for a man of sixty-two.

A portrait by Hudson is now known only from Faber junior's mezzotint lettered Hudson pinx.t 1740; a rather stiff oil by an unknown artist using the same face mask was bequeathed by William North to Tunbridge Wells in 1900. An engraving by G. Bockman after J. Worsdale (CS 14) must date after c.1741,when the artist came over from Ireland. The more important portraits were painted after this date and unless otherwise stated are in Bath.

An informative pastel by Benjamin Morris was bequeathed to the Mineral Water Hospital by his brother Daniel (d.1784). Morris, a local artist and a relative of the hospital's first apothecary, did not sign or date the portrait which is traditionally associated with the founding of the hospital in 1742. Two small pencil drawings on vellum by Worlidge are in the Victoria Art Gallery; one is signed and dated 1743. An oil inscribed Mr. Nash age de 71 ans A:Carpentiers p.1745, now in the mayor's parlour, was bequeathed to the city by William Lewis. It is probably the portrait sketched by Scharf in Bath, then in the possession of F. Dowding and ascribed to 'Bates, pupil of Gainsborough'. [6] A version is in the Lansdowne collection, Bowood. Carpentiers (fl.1739, d.1778) is believed to be the son of the sculptor Andries Carpentière who had a workshop in Piccadilly and died 1737. [7] Vertue called Carpentiers an 'idle fellow' [8] but paintings now known to be by him [9] would seem to belie this reputation. A half length, in the Guildhall, of about this period and attributed to Hoare is apparently by a lesser hand. An excellent miniature by Nathaniel Hone purchased, 1930, by the Holburne of Menstrie Museum [10] is signed with the artist's initials and dated 1750. As in several other portraits, it shows the sitter wearing a diamond buckle on his neck-band. In the whole length statue by Joseph Plura (d.1756) [11] erected by public subscription in the Pump Room, 1752, Nash is depicted resting his hand on a plan of the hospital. A plaster bust or conceivably a terracotta painted cream, date and source unknown, is in the Guildhall. [12] 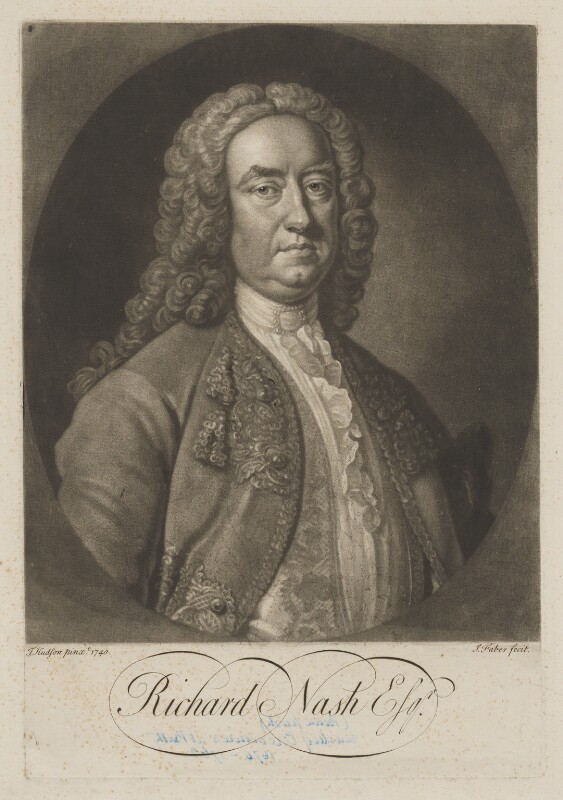 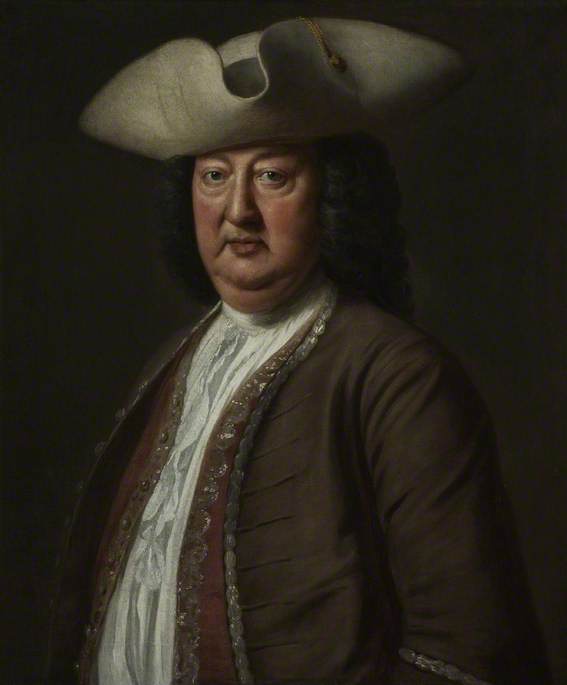 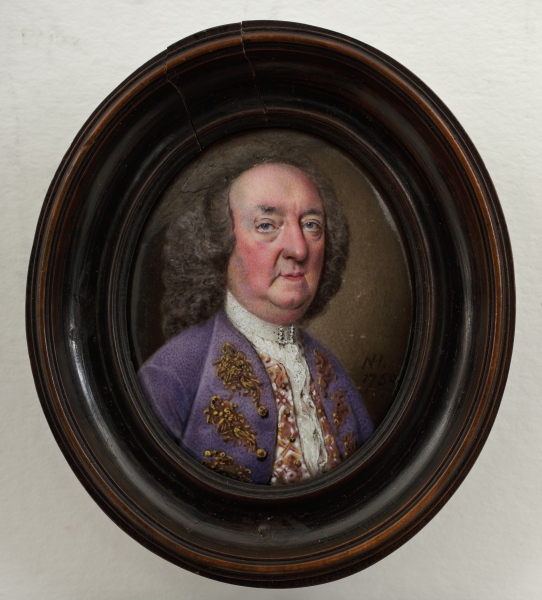 Posted by David Bridgwater at 09:34