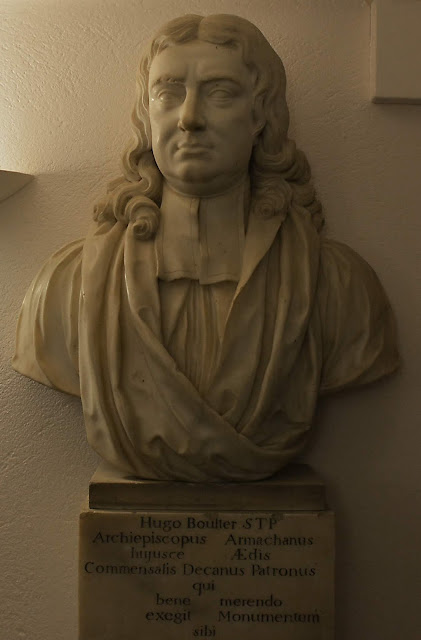 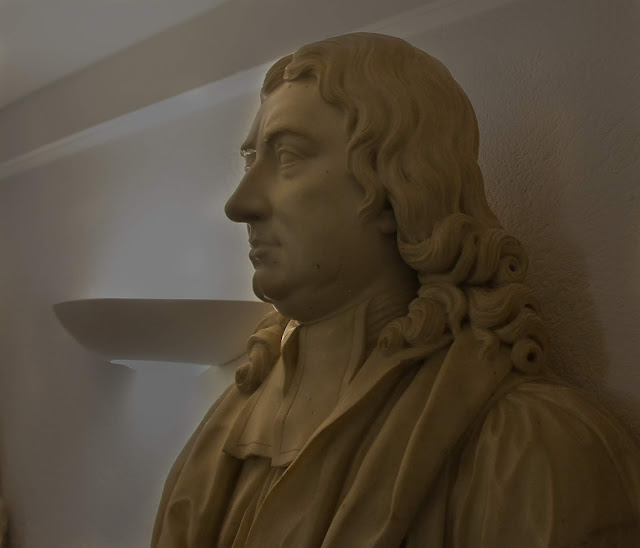 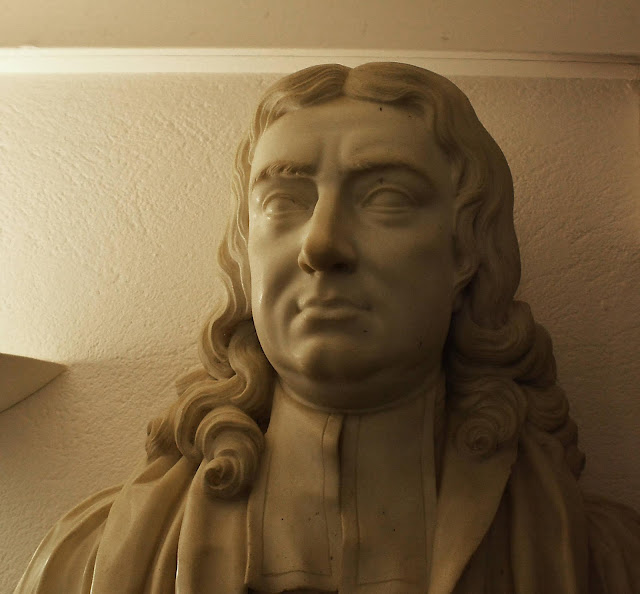 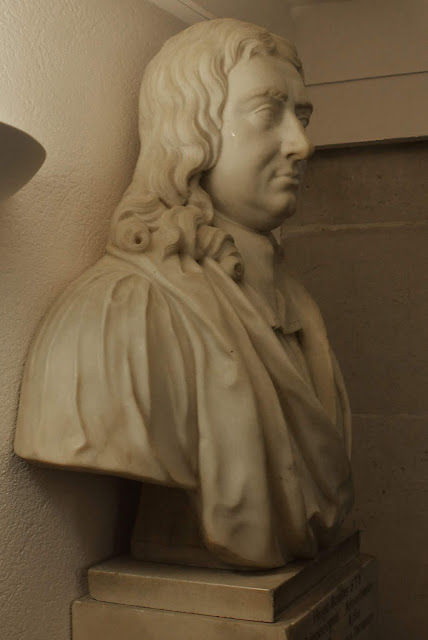 Anonymous, competent but rather undistinguished bust
the cutting of the hair is quite crude.

To me it feels that it was probably posthumous taken from an engraving.
Perhaps Henry Cheere or Scheemakers studio. 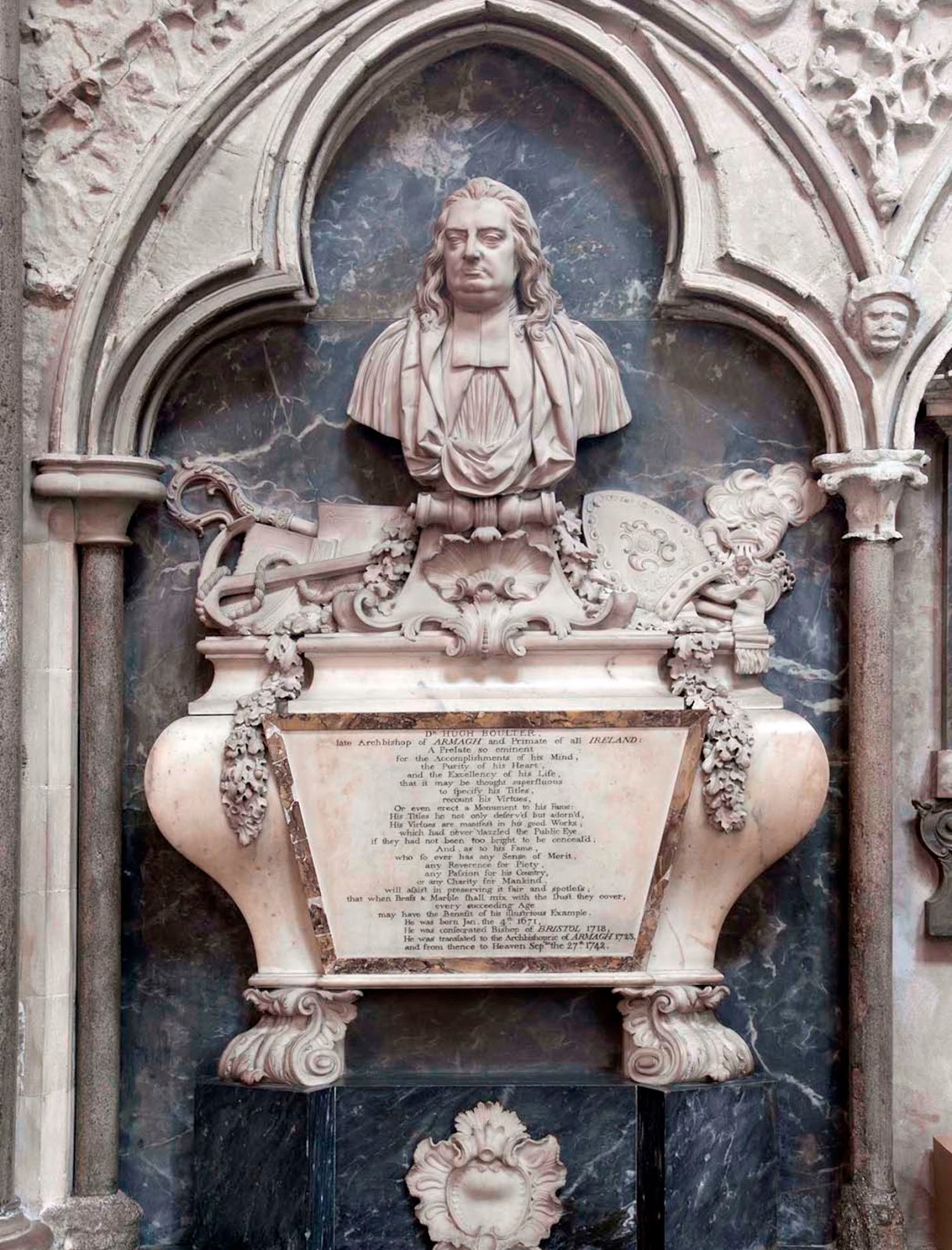 Westminster Abbey have uprated their website - not before time - and although the images are not high resolution they are a vast improvement on the previous incarnation.

"Dr HUGH BOULTER,
late Archbishop of ARMAGH and Primate of all IRELAND.
A prelate so eminent
for the accomplishments of his mind,
the purity of his heart,
and the excellency of his life,
that it may be superfluous
to specify his titles,
recount his virtues,
or even erect a monument to his fame:
his titles he not only deserv'd but adorn'd,
his virtues he manifest in his good works,
which had never dazzled the public eye
if they had not been too bright to be conceal'd;
And, as to his fame,
who so every has any sense of merit,
any reverence for piety,
any passion for his country,
or any charity for mankind,
will assist in preserving it fair and spotless;
that when brass and marble shall mix with the dust they cover,
every succeeding age
may have the benefit of his illustrious example.
He was born Jan. the 4th 1671,
he was consecrated bishop of BRISTOL 1718,
he was translated to the Archbishopric of ARMAGH 1723,
and from thence to Heaven, Sept. the 27th 1742."

Is this bust by Cheere or was it sub contracted?

Dr Hugh Boulter
The obvious soource of the mezzotints below
Oil on canvas
126.4 x 101.5 cms
bequeathed to the museumby William Jerdone Braikenridge, 1908 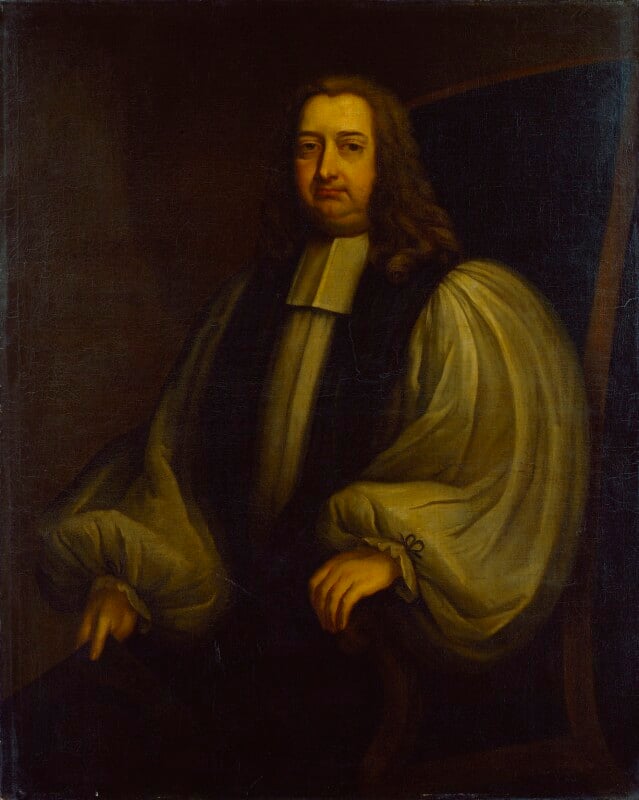 Crudely painted, NPG 502 is conceivably an early copy of Francis Bindon's portrait at Trinity College, Dublin, painted in 1742 as a 'memorial of the Archbishop's charitable efforts during the famine of 1740-41’. [1] Although the sitter is shown much younger in Thomas Beard's mezzotint, 1728, after Matthew Ashton, the design is similar to NPG 502 and the face mask close to Bindon's.

Bought, 1878, from R. Gibbings of Trinity College, Dublin, by whom stated to have been in the Castle Caldwell collection, County Fermanagh; on loan to the National Gallery of Ireland, 1899-1969. 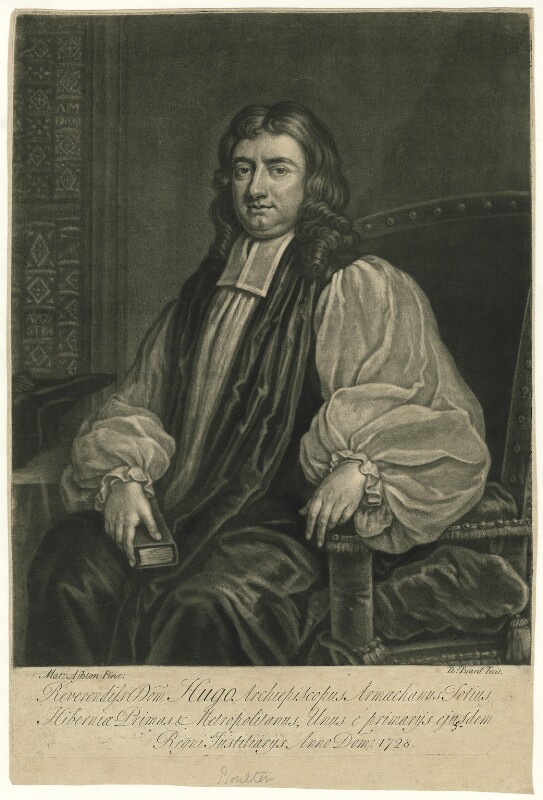