The Statuettes of Rubens and van Dyck
by Michael Rysbrack redux.

A Pair of Statuettes of Rubens and van Dyck
in the studio of Joseph Edgar Boehm
sculptor in ordinary to Queen Victoria.

Sometime serendipity means that further information sometimes appears after I thought I that had completed my researches and I then have to update.

I am posting this photograph of the sculptor Sir Joseph Edgar Boehm (1834 - 90) in his studio showing his bust of Ruskin and also displaying a pair of plaster statuettes of Rubens and van Dyck from the originals by Michael Rysbrack on top of a cupboard. I discovered this photograph whilst searching for the identity of the sitter and sculptor of a very good plaster bust of a bearded man wrapped in a cape currently in a private collection.

Below are a few photographs and some notes regarding Boehm. 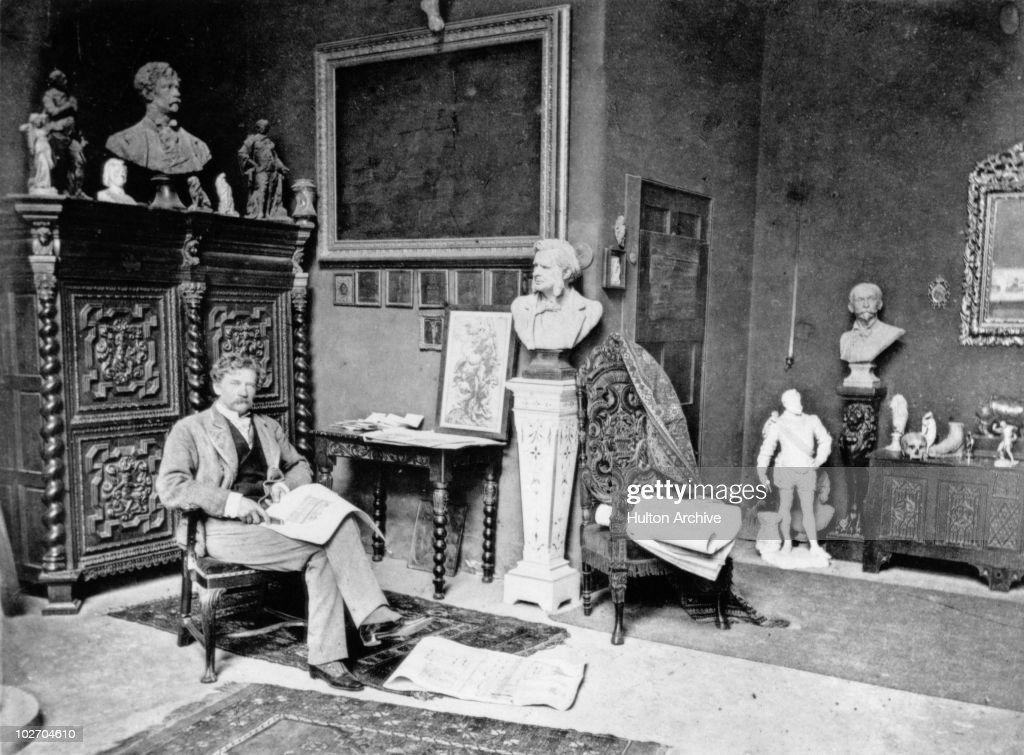 Photograph of Boehm in his studio with the bust of Ruskin.
c.1882.

Also on the cupboard is the bust of Boehm by his assistant Robert Glassbey who worked as his studio assistant from 1870 until 1890. At the Avenue 76 Fulham Road, West London 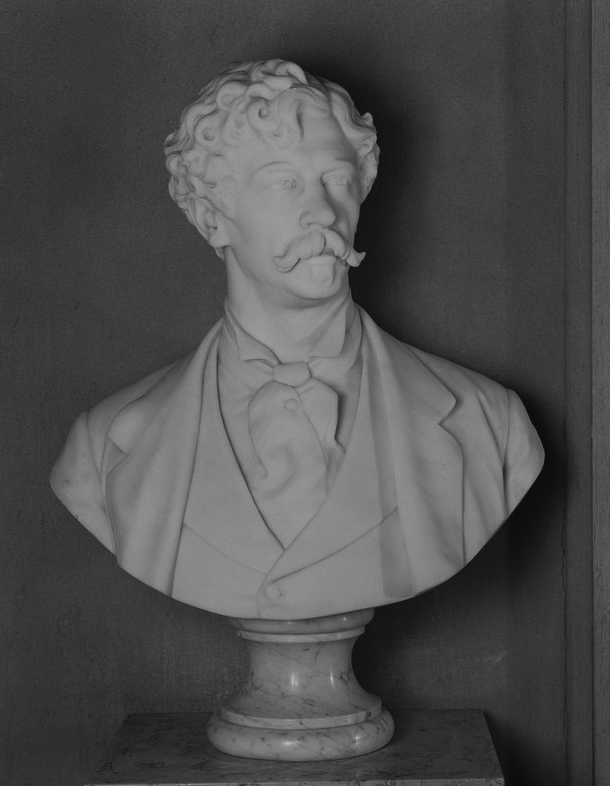 The Glassby bust of Boehm.

A copy of this cast appears on a pedestal set against the back wall in the photograph above of Boehm's studio, beside the standing plaster statue of Sir Francis Drake, a "model for statues for Tavistock and Plymouth Hoe, etc." (Royal Academy 1883, no. 1545). Photograph from Victorian Artists at Home, accessed May 25, 2017, http://artistsathome.emorydomains.org/items/show/450.

To the right on top of the medieval French coffer is a cast of the foot of Michael Angelo along with a cast of Lord Leighton's sculpture of an Athlete wrestling with a snake. 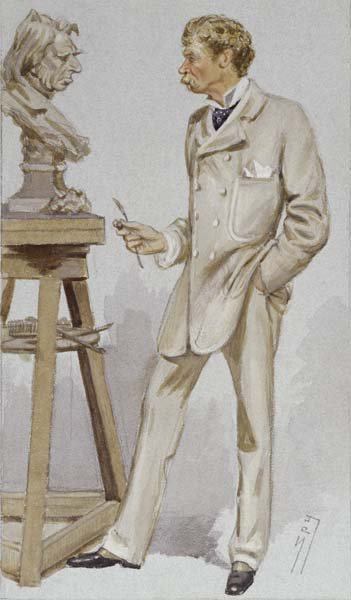 Portrait of Boehm by Spy with the bust of Gladstone. 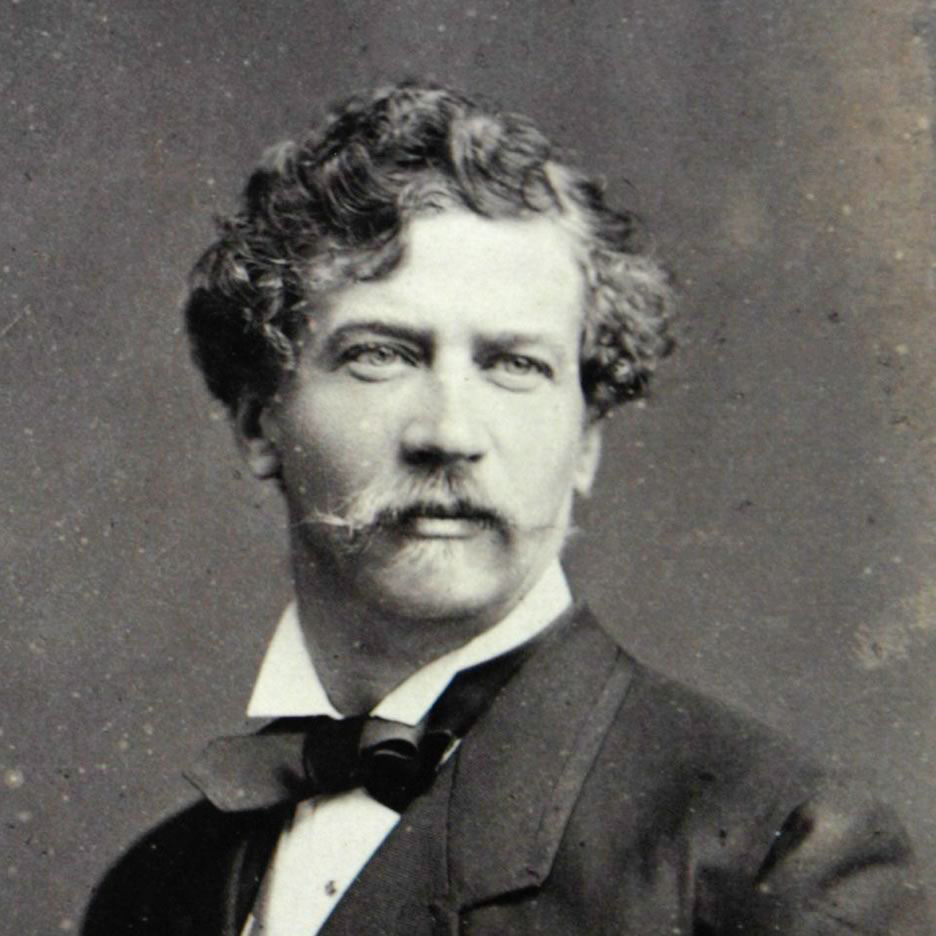 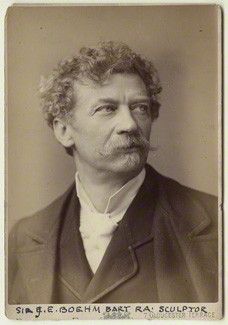 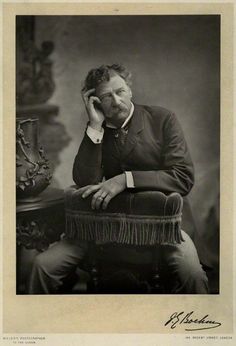 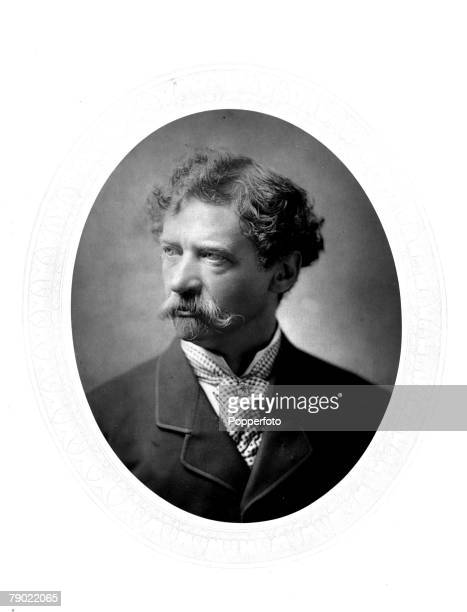 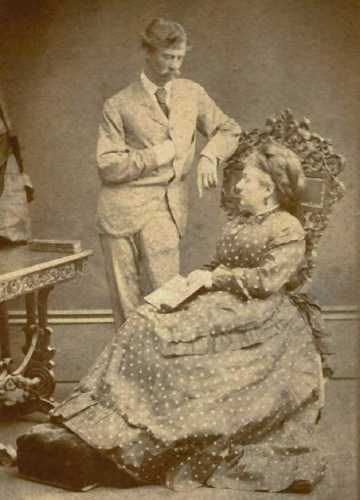 Boehm with his "Pupil" Princess Louise.

According to Lindsay Duguid, Boehm, who enjoyed a good deal of royal patronage, Boehm was the lover of "Princess Louise, Queen Victoria's artistic daughter," and their "affair . . . ended with his dying of a burst blood vessel, alone with her in the studio she had built for him in the grounds of Kensington palace."


For an interesting account of the relationship of Boehm and Princess Louise see The Mystery of Princess Louise Queen Victoria's Rebellious Daughter by Lucinda Hawksley pub. 2013

For a brief biography and list of Boehm's works see - 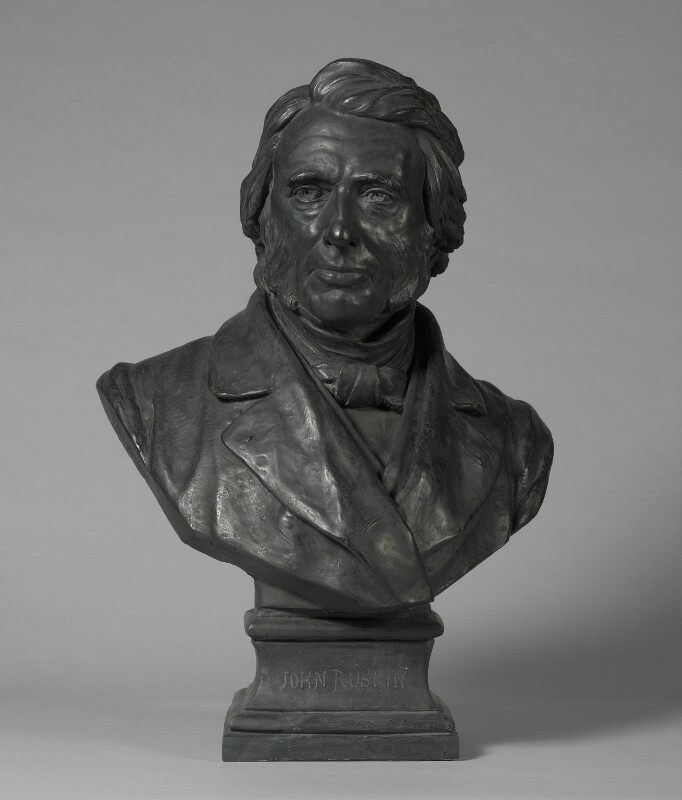 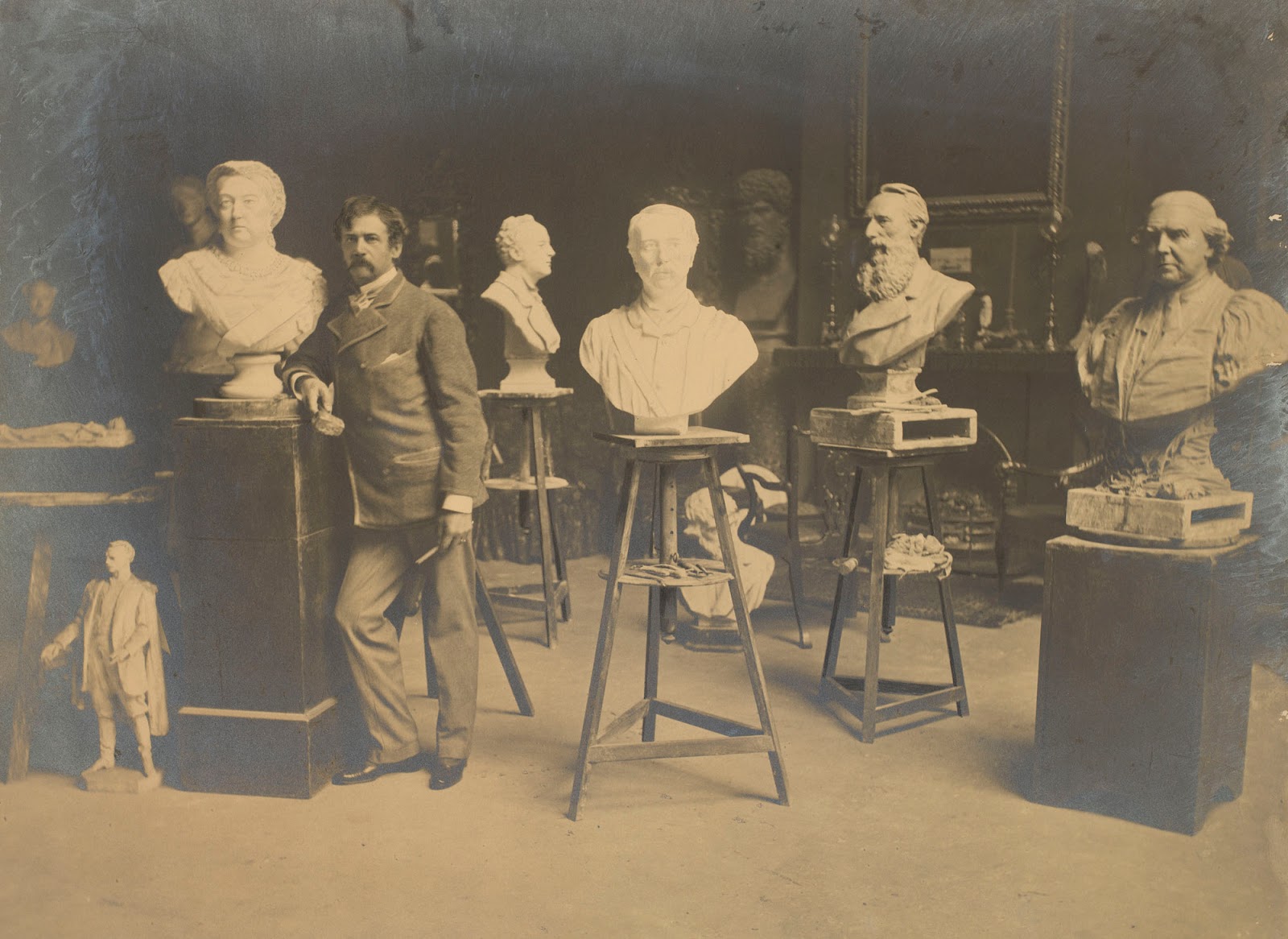 NB. The Terracotta bust of Lucius Verrus on the pedestal behind. 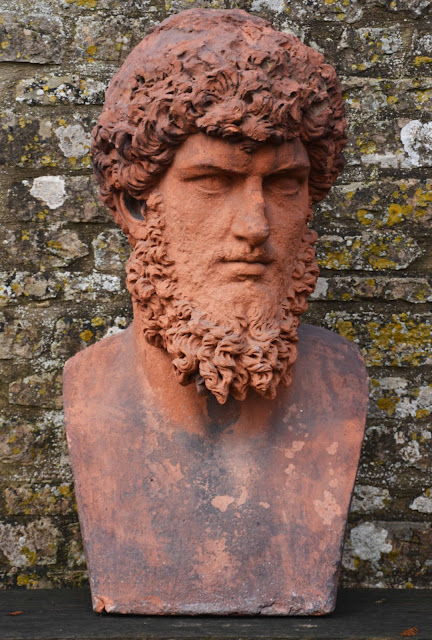 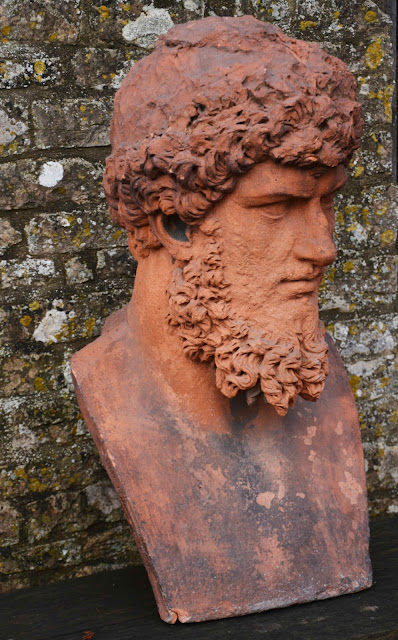 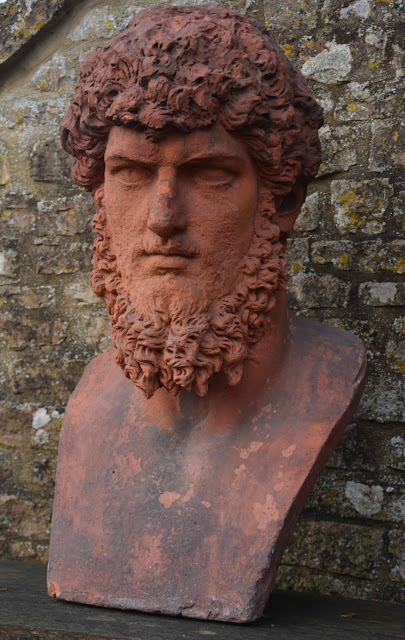 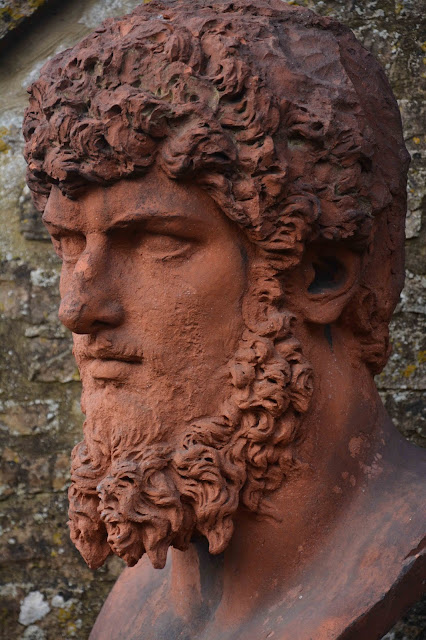 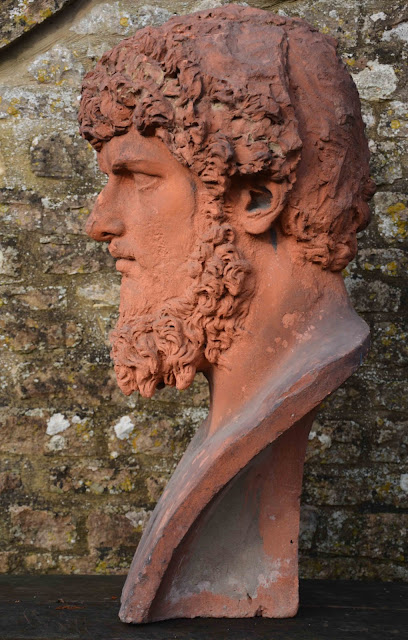 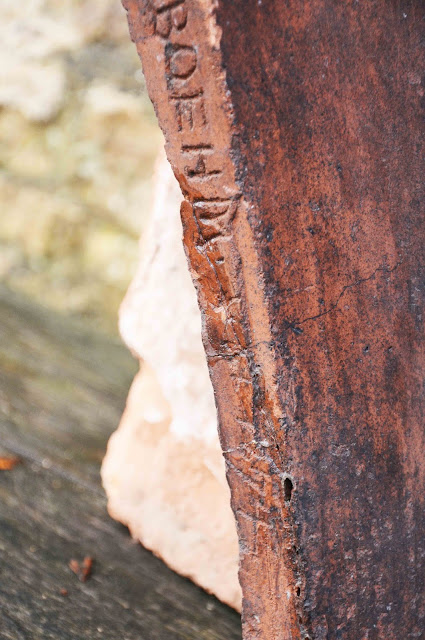 Posted by David Bridgwater at 04:38