Bust of Boyle in the Long Room at Trinity College Library, Dublin.

The Marble Bust of Robert Boyle (1627 - 91).
in the Long Room
at Trinity College Library,
Dublin.
Unsigned.
Workshop of Louis Francois Roubiliac.
This portrait is probably derived from the engravings of the original oil portrait by Kerseboom
(see below).
For much more on Boyle see -
http://www.bbk.ac.uk/boyle/ 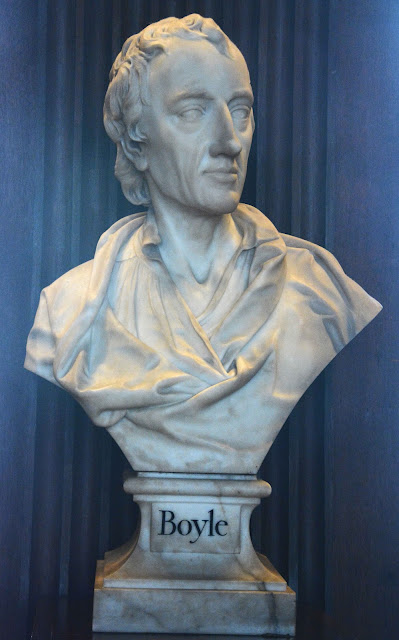 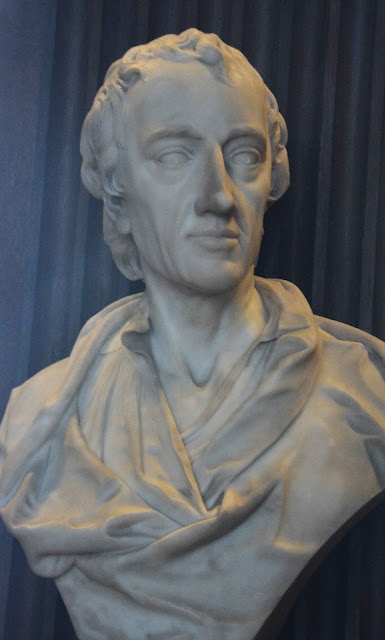 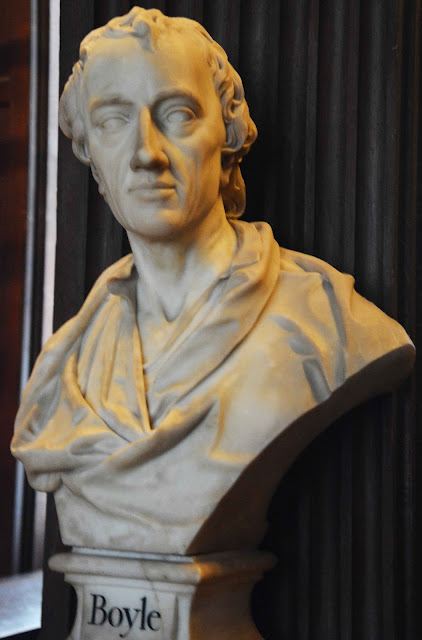 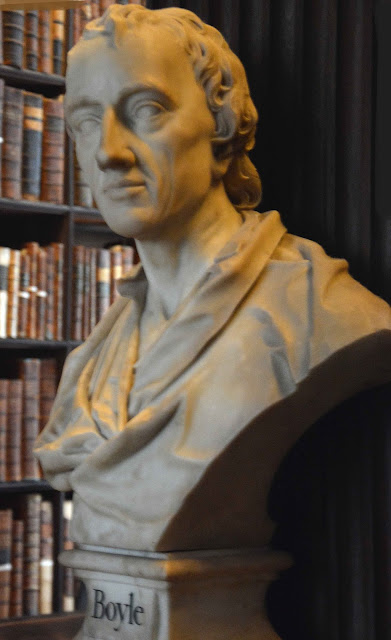 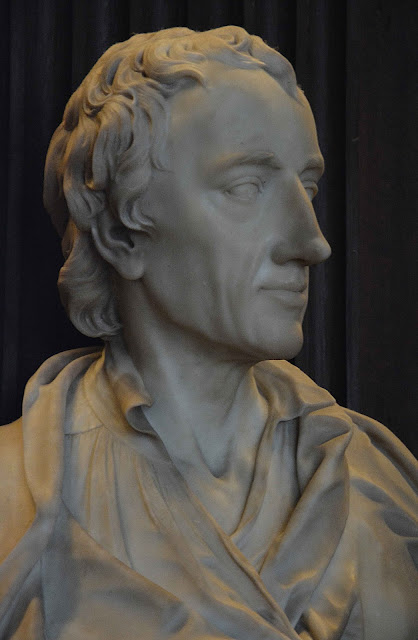 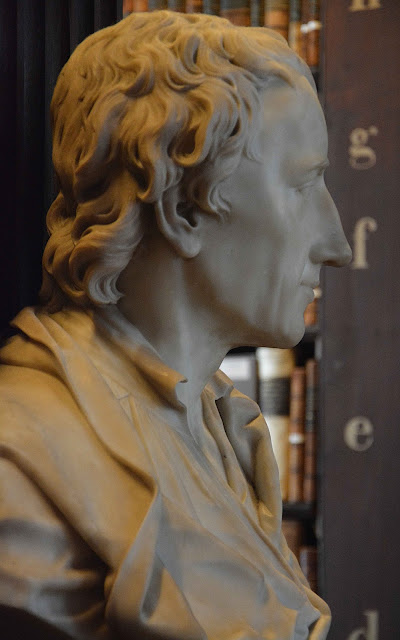 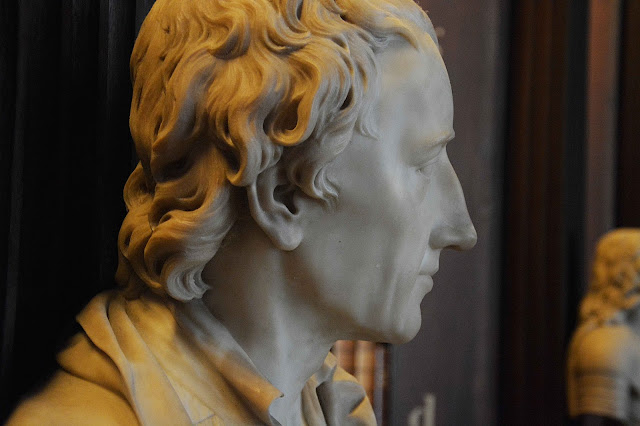 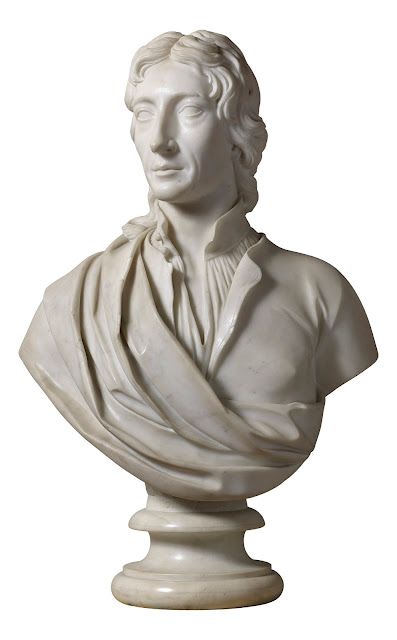 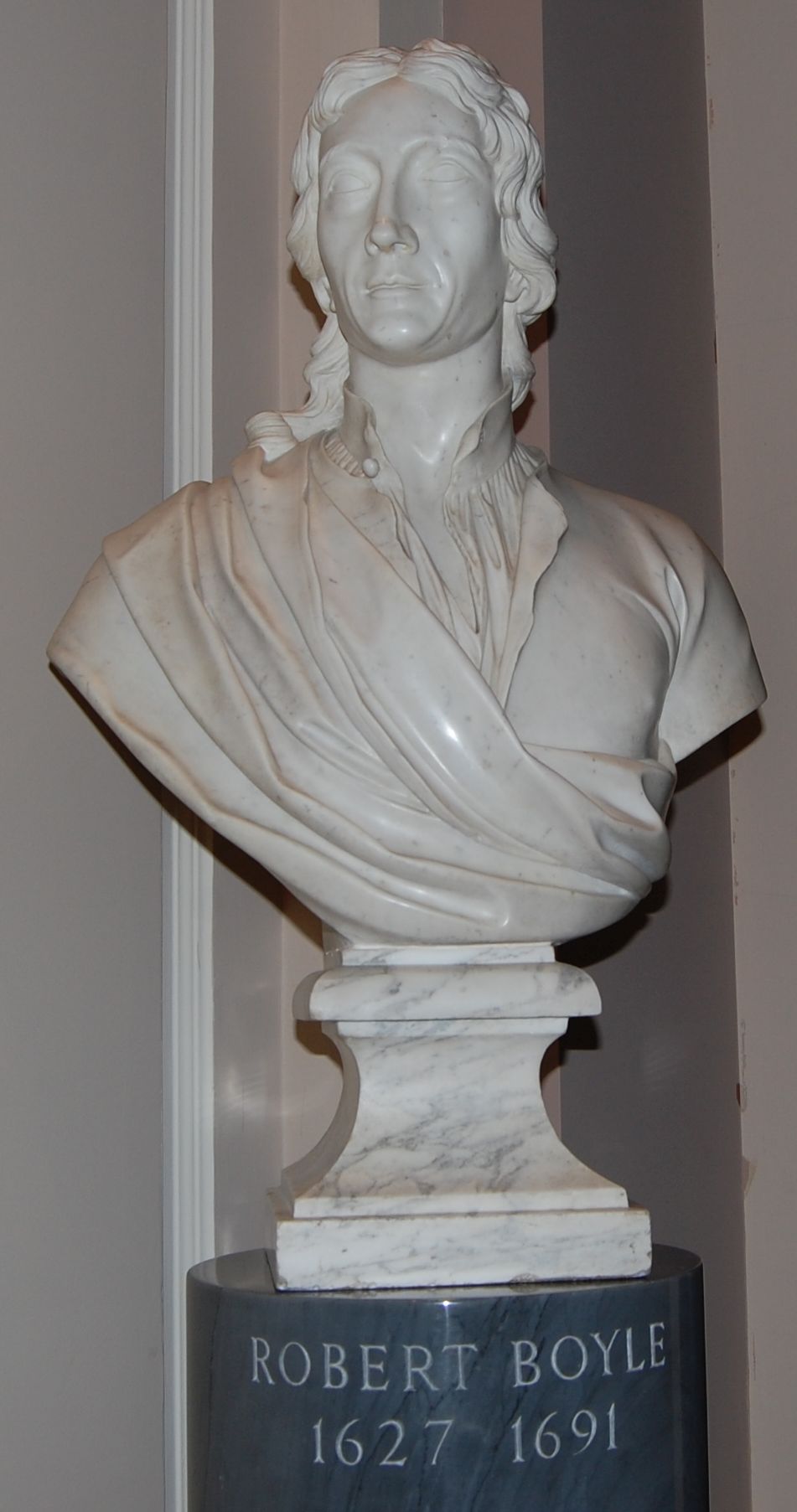 Another version of the Guelfi bust of Boyle
At the Royal Socciety of Chemistry,
Burlington House, Piccadilly

A marble bust of Boyle made by the Italian sculptor, Giovanni Battista Guelfi (fl. 1714-34), for Boyle’s distant relative, the 3rd Earl of Burlington, has recently come to light and is currently for sale at the Chelminski Gallery, 616 King’s Road, London, SW6. The bust, which was originally displayed at Lord Burlington’s Palladian villa, Chiswick House, and is believed to date from about 1723, is virtually identical to that commissioned by Queen Caroline for her grotto at Richmond in 1732-3. The latter survives in the royal collection at Kensington Palace and has long been well-known (it is discussed by R.E.W.Maddison in his exhaustive account of Boyle’s portraiture, and is reproduced as the frontispiece to the 2nd edition of J.F.Fulton’s Bibliography of Boyle, though in both places it is misattributed to J.M.Rysbrack).

Engraving by George Vertue
after the original by Kerseboom in the collection of Richard Mead
1739.
424 x 289 mm.
NPG. 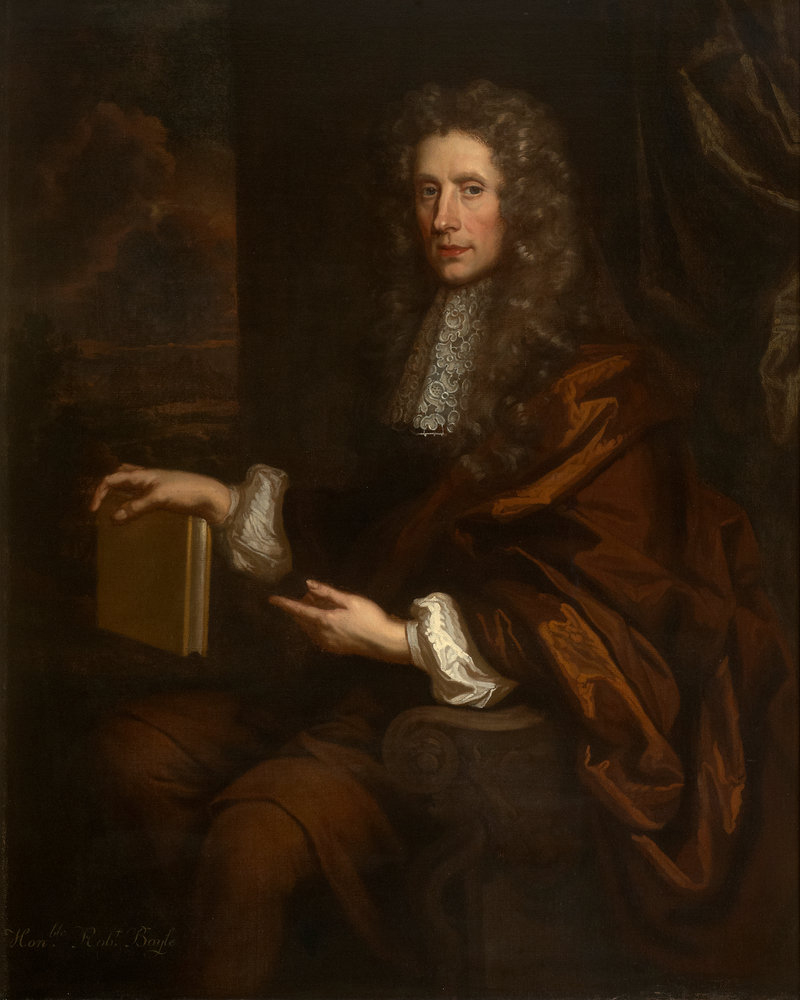 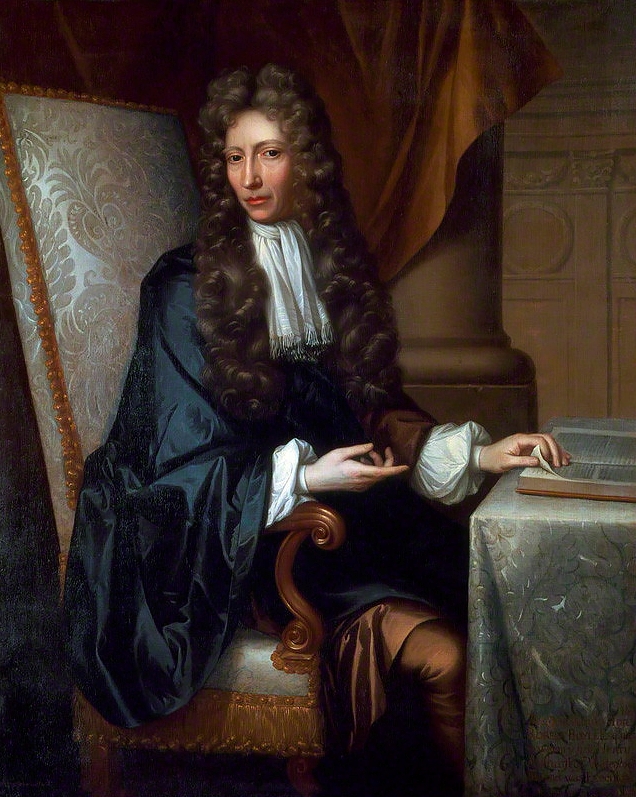 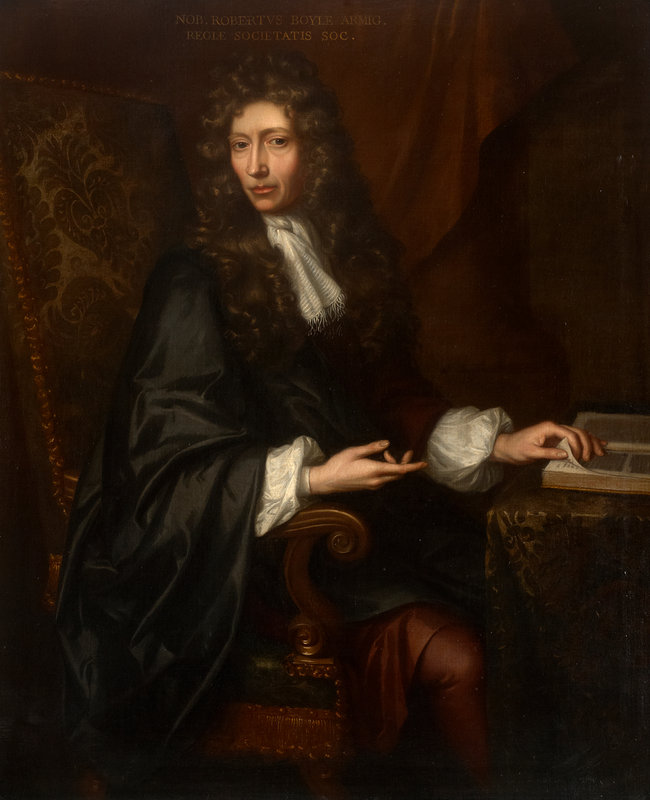 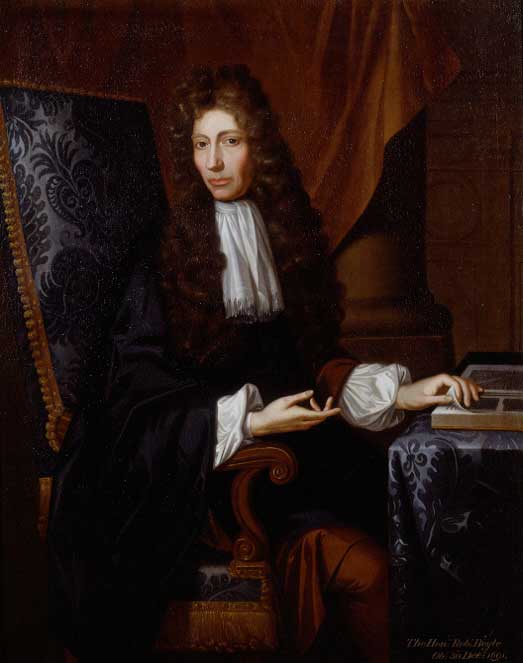 Information very gratefully received from Michael Hunter.
Emeritus Professor Michael Hunter, Department of History, Classics and Archaeology, Birkbeck College, University of London.
For an introduction to the Life and Works of Boyle one can do no better than visit
http://www.bbk.ac.uk/Boyle/intro.htm
Professor Hunter also pointed me to the medallion below -

Bronze or Brass Medallion cast by Carl Reinhold Berch from an ivory by Jean Cavalier 1690.

Posted by David Bridgwater at 02:48