Monuments in the Church at Edenham, Part 4.

The Remarkable Group of Monuments
in St Michaels Church,
Edenham Lincolnshire
(Part 4).
Monument to Robert Bertie.
signed by Hebnry Scheemakers and Henry Cheere
Died in 1723, aged 63, son of Robert Earl of Lindsay and wife Elizabeth née Wharton. His first wife was Mary Wynne from Carnarvon, by whom he had 2 sons, Robert and Peregrine, and 3 daughters Elizabeth, Elinora and Mary who died young. his second wife, Albina Farrington gave him 5 sons and one daughter, Norris died as an infant. 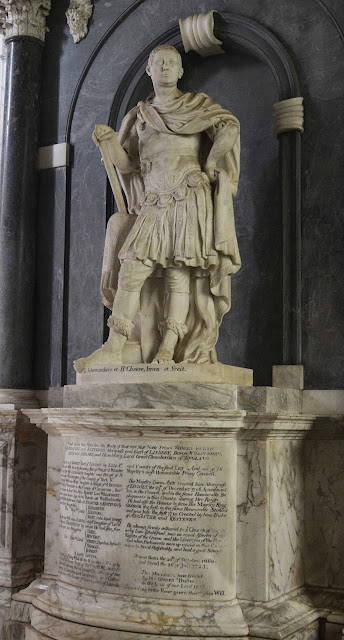 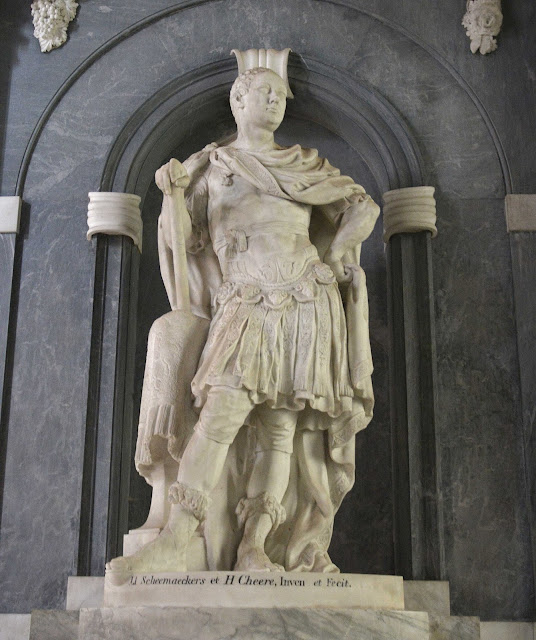 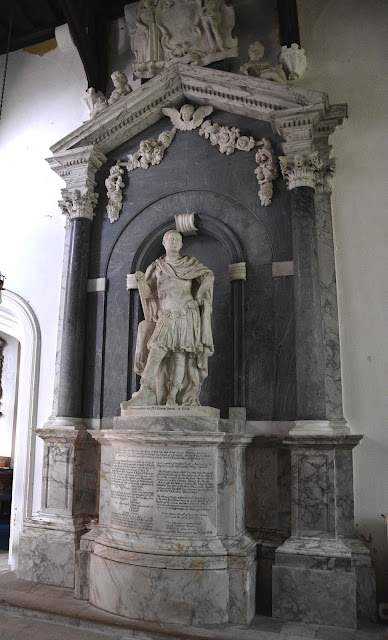 Posted by David Bridgwater at 13:32