Group of Wax Portrait Reliefs of the Stanhope Family by Isaac Gosset, 1745.

A Group of Wax Portrait Reliefs of the Stanhope Family

Provenance - By descent in the Stanhope Family, now with the Trustees Chevening Estate.
At Chevening, Kent. 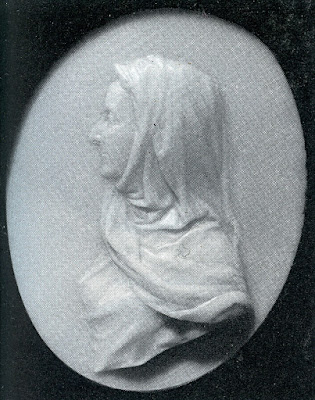 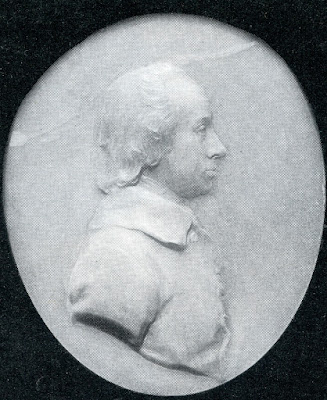 The Hon. George Baillie ( d. 1738).
From a portrait at Mellerstain House.
Husband of Lady Grizel Baillie
Inscribed on the back of the frame.
11 x 78 mm. 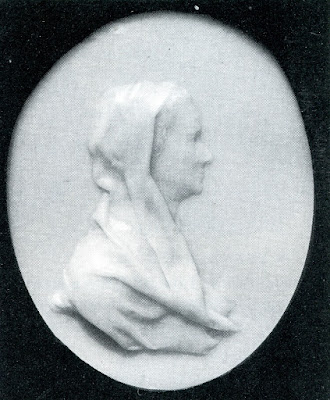 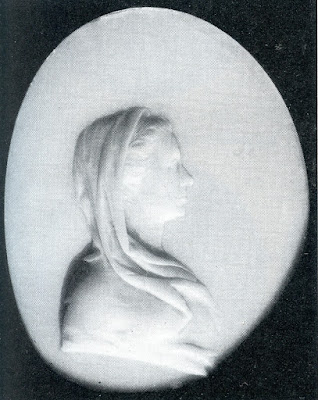 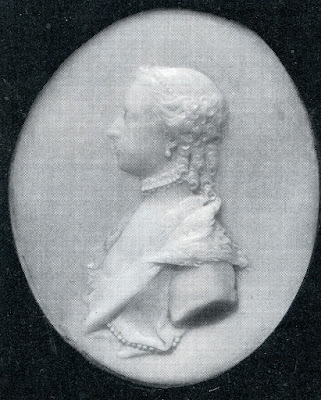 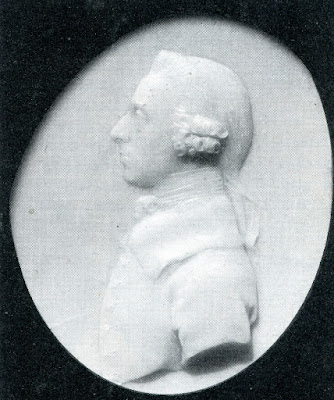 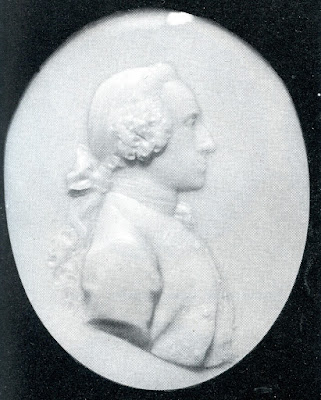 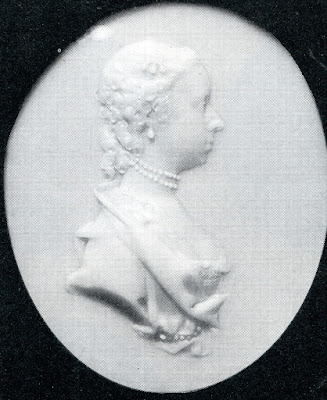 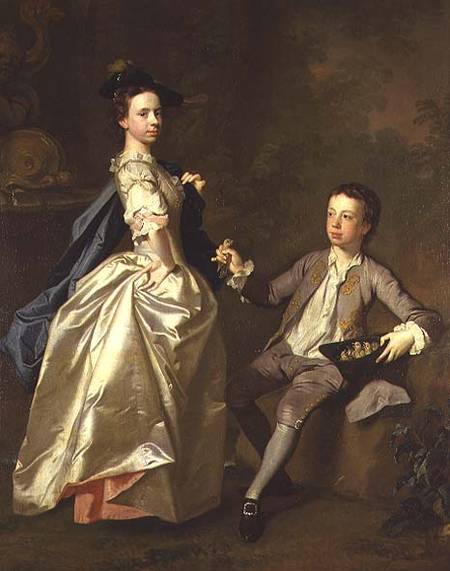 Portrait of Rachel Hamilton with her brother Charles
by Alan Ramsay.
1740.
138 x 172 cms.
at Mellerstain. 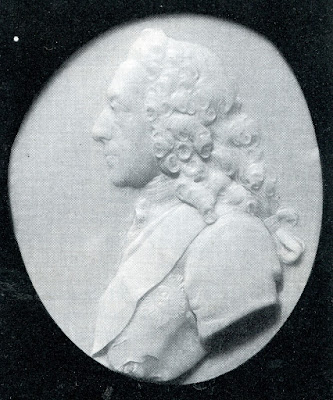 Philip Dormer Stanhope, 4th Earl of Chesterfield (1694 - 1773).
Inscribed on the frame at the back Philip, Earl of Chesterfield, Gosset fecit. 1745.
100 x 78 mm.
This wax relief is very obviously an adaptation based on the medallion depicted below -
This might also suggest a close link between Dassier and the Gosset family. 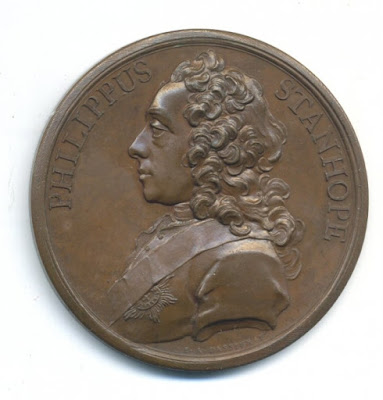 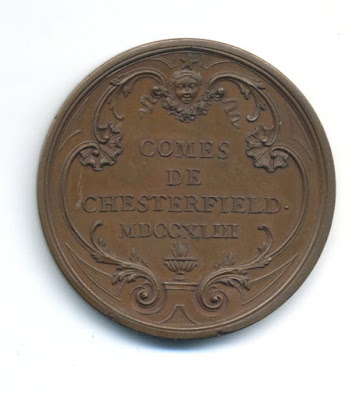 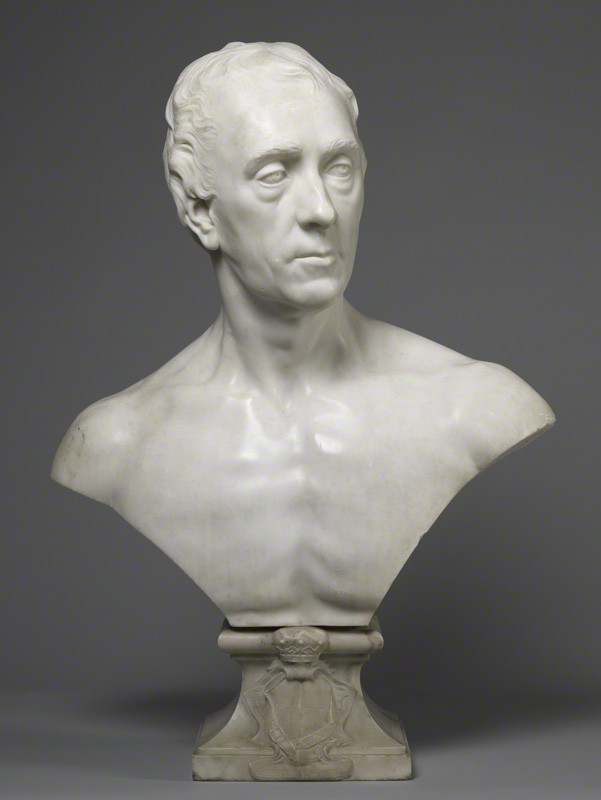 
NPG says this bust of Lord Chesterfield is signed and dated 1745, ad vivum (from the life). Sittings must have taken place after Chesterfield's return from his diplomatic mission to The Hague (May 1745) and before his departure to take up office as Lord Lieutenant of Ireland (July 1745).
© National Portrait Gallery, London 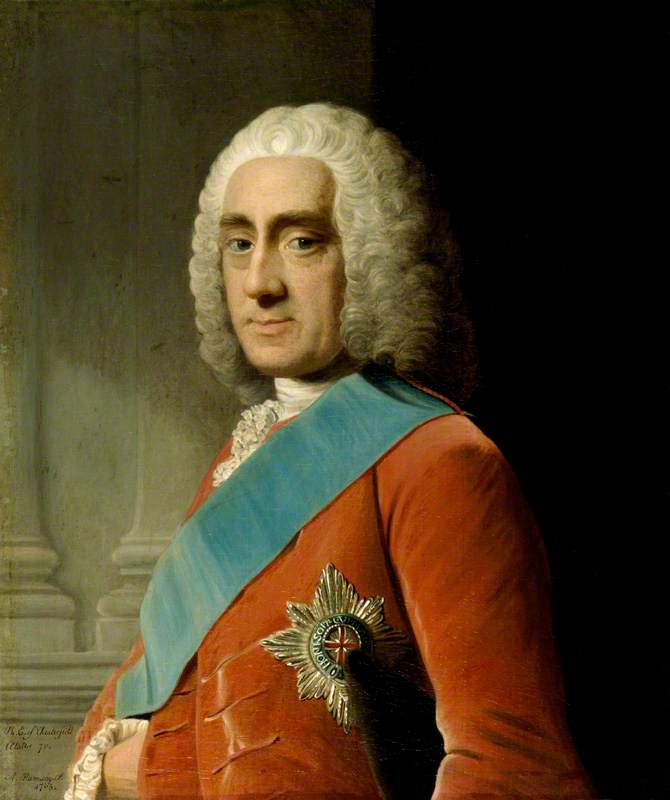