The Last Four English Medallions by Jaques Antoine Dassier with a portrait of Jean Dassier by Liotard..

Medallions of Frederick Prince of Wales and George II.
by Jaques Antoine Dassier.
All images on green background courtesy Ben Weiss - I am very grateful for his support and assistance in this project.
I would like to thank Professor Ben Weiss, Emeritus Professor of Pharmacology and PhysiologyDrexel University College of Medicine, for allowing me to reproduce his photographs and captions.


see - http://www.historicalartmedals.com/default.htm
A visit to his website is essential for anyone interested in pre 19th century European Medallions.
With additional notes from The Medals of the Dassiers of Geneva - Lustrous Images from the Enlightenment by William Eisler, pub Skira 2010. 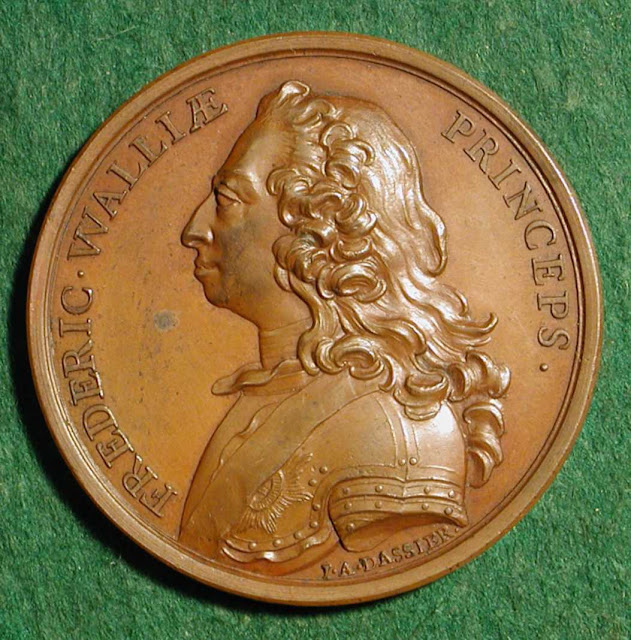 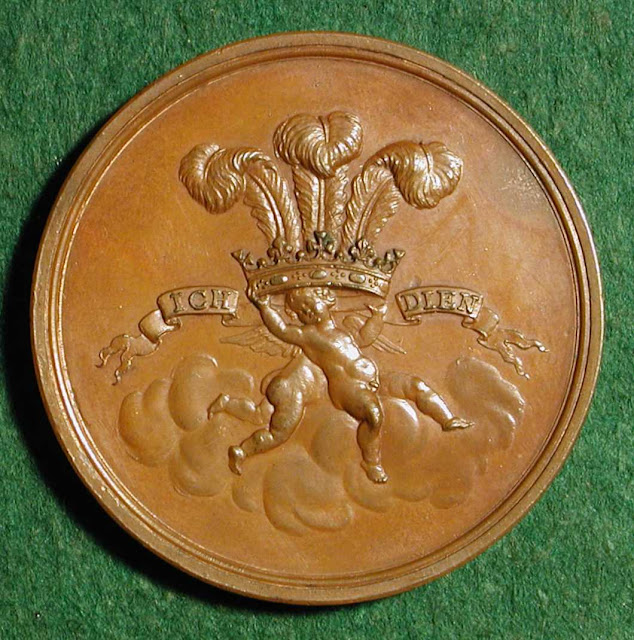 
Frederick Lewis, Prince of Wales (1707-1751), was the first-born son of King George II and Queen Caroline. At about 1750 the Prince of Wales was endeavoring to acquire popularity, which may have promoted the issuance of this medal. 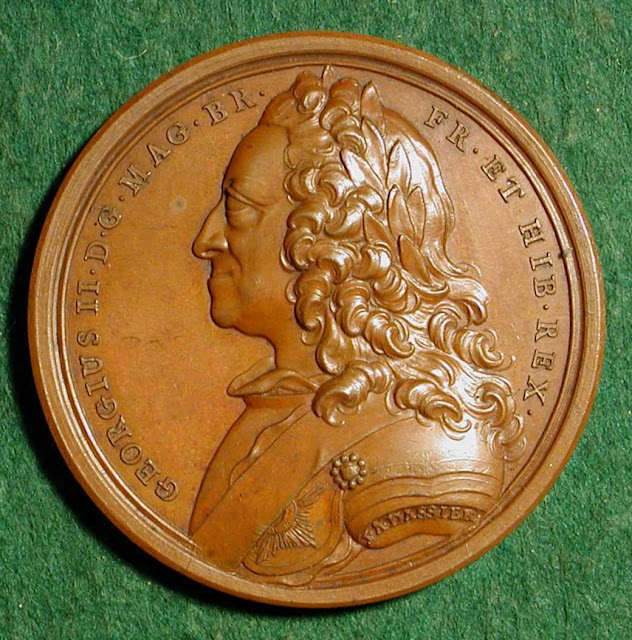 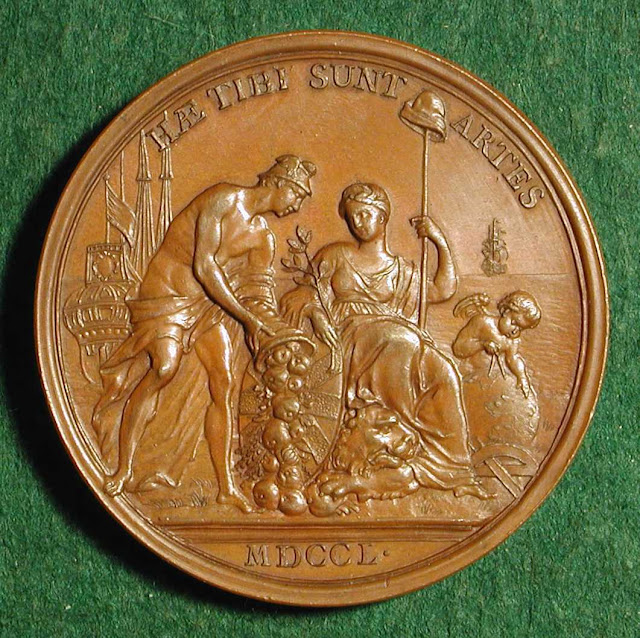 This medal commemorated no particular event but the general state of the kingdom. The few years of peace that followed the Treaty of Aix-la Chapelle were the most prosperous and happy that Europe had ever known. Arts and letters were encouraged and cultivated, manufacturing and commerce flourished, and society was highly polished.
Copyright © 2003-2015 Benjamin Weiss
All Rights Reserved. 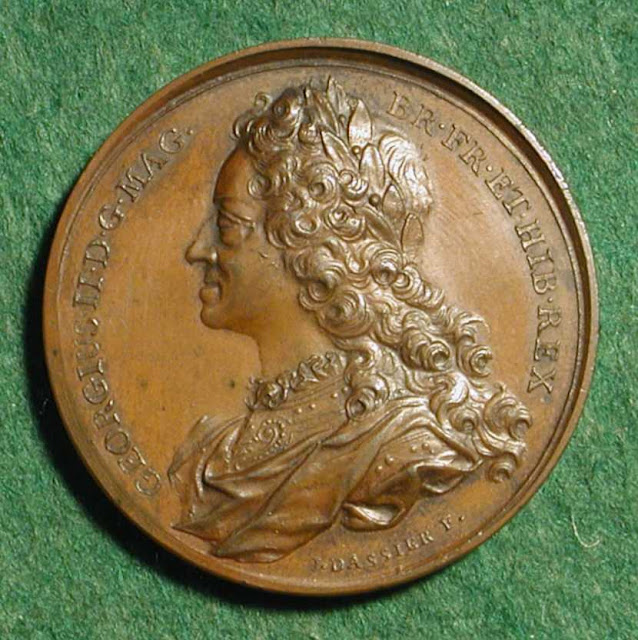 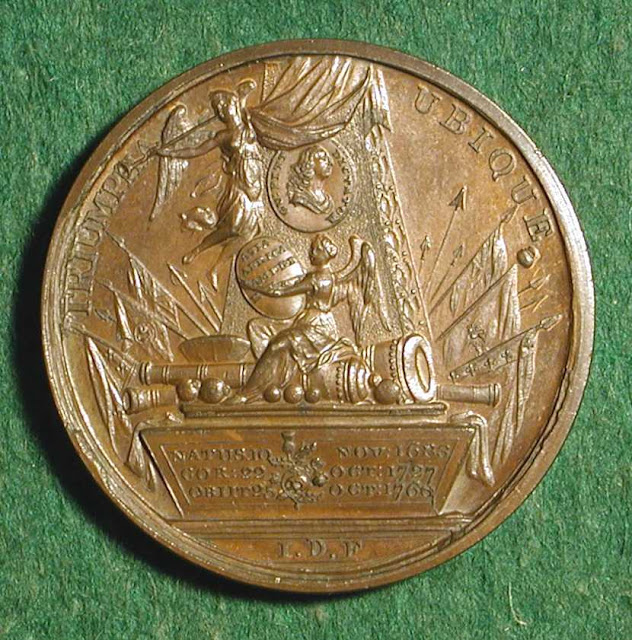 Ref: M.I., ii 714/454 (ill.); Eimer 95/681; Betts 190/427; Fearon 48/211.3; Eisler I, 266/36
According to Eisler, this medal, despite it bearing the signature of Jean Dassier, was most likely re-engraved and struck by Antoine Dassier from dies then in his possession.
The obverse is cut from dies made in 1731 for the Dedicatory medal for the Series of Kings and Queens of England. As the reverse die for this piece was cut after the King's death in 1760, this medal is often not included as part of Dassier's Series of the Kings and Queen of England. The reverse intimates that the King's arms had triumphed in every quarter of the globe, and under the direction of Pitt, whose authority was almost equivalent to that of a Roman Dictator, had been called to guide the helm at a time of extraordinary difficulties.
Copyright © 2003-2015 Benjamin Weiss
All Rights Reserved. 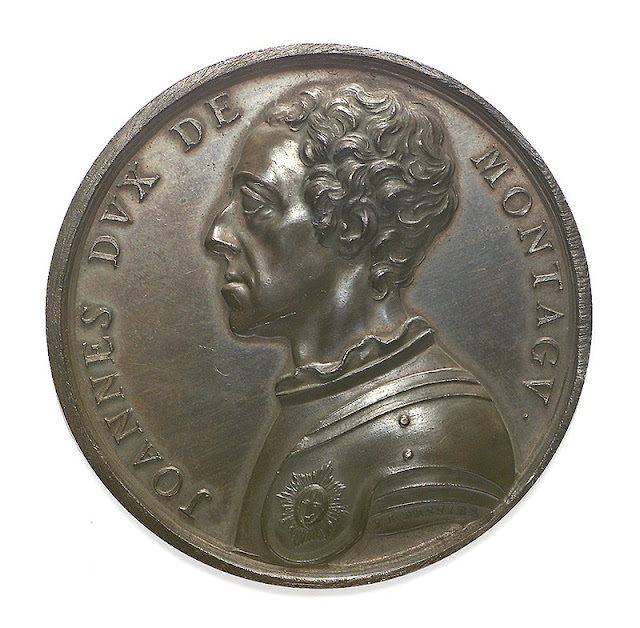 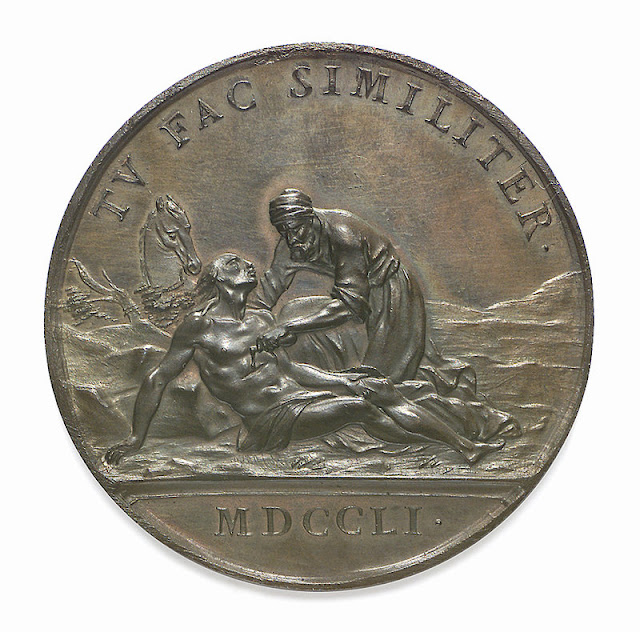 John, 2nd Duke of Montague (1690 - 1749).
Jacques Antoine Dassier
dated 1751.
Bronze 55 mm diam.
The reverse depicting the good Samaritan.
Montagu (1688 (c)-1749) succeeded his father to the dukedom in 1709 and married John 1st Duke of Marlborough's youngest daughter but, although they had two sons, when Montagu suddenly died of a 'violent fever' he had no surviving male heirs and the title became extinct. Montagu House, his London home, became the repository for national treasures which opened in 1759 as the British Museum.
In 1739, the country's first home for abandoned children, the Foundling Hospital was created in London. Montagu was a supporter of this effort and was one of the charity's founding governors. He also financed the education of two notable black British figures of the age - Ignatius Sancho and Francis Williams, sending the latter to Cambridge.

He was a notorious practical joker, his mother-in-law writing of him that "All his talents lie in things only natural in boys of fifteen years old, and he is about two and fifty; to get people into his garden and wet them with squirts, and to invite people to his country houses and put things in beds to make them itch, and twenty such pretty fancies as these."

He is said to have once dunked the political philosopher Montesque in a tub of cold water as a joke.
(quoted in Martin C. Battestin's "General Introduction" to Henry Fielding's Joseph Andrews. Middleton, Connecticut: Wesleyan University Press, 1967: xxvin. Montagu is believed by some literary critics to be the model for Fielding's "roasting squire," the vicious squire who plays practical jokes). 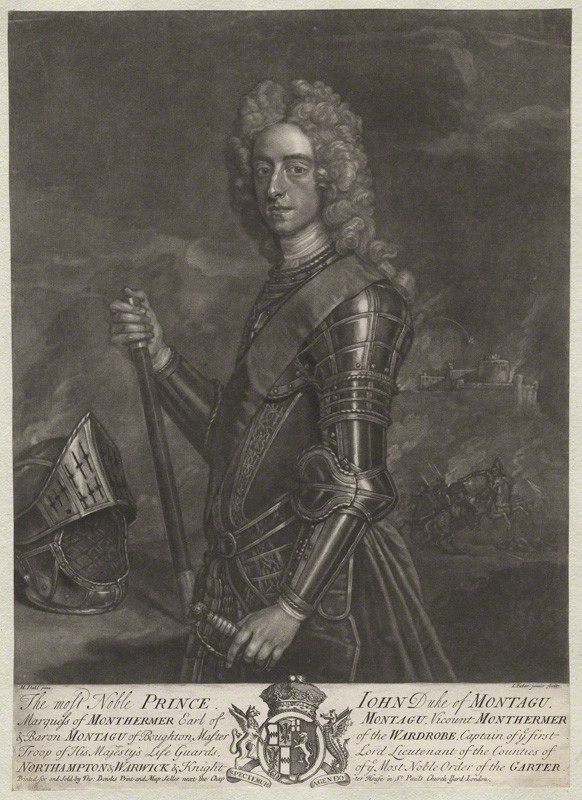 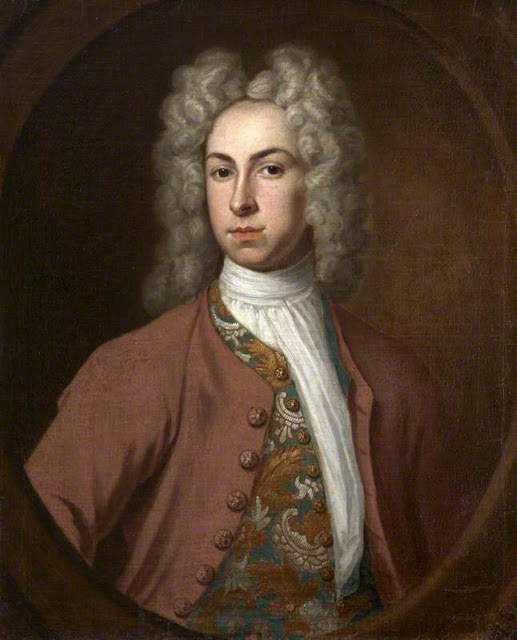 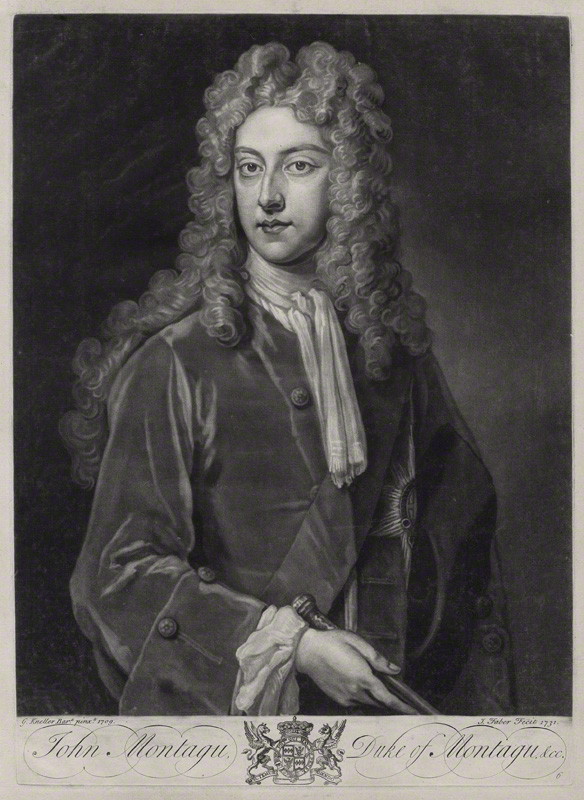 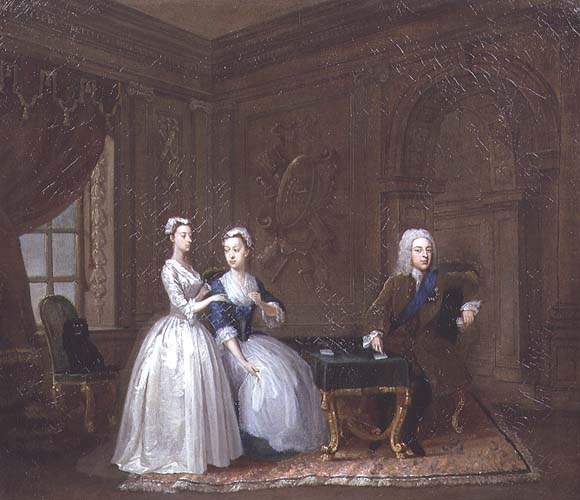 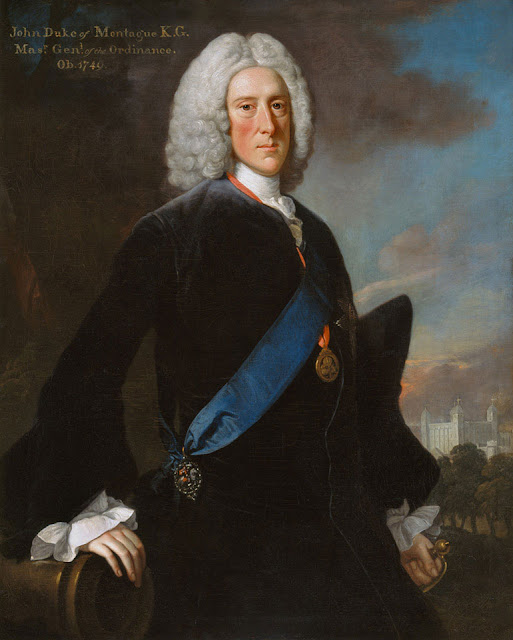 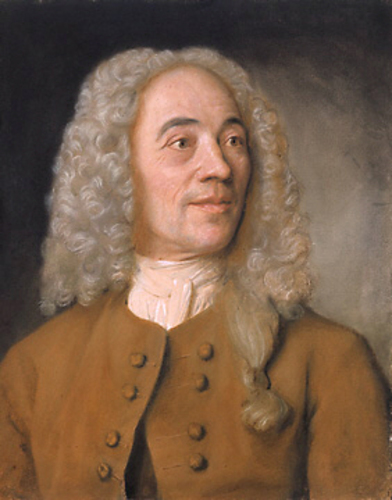